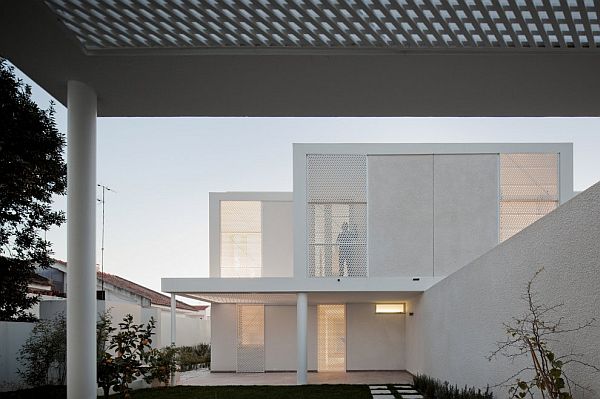 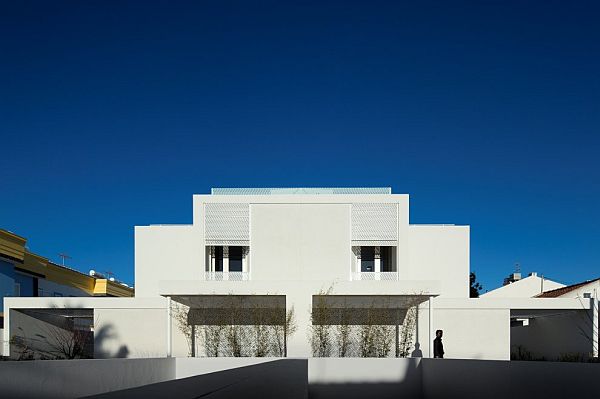 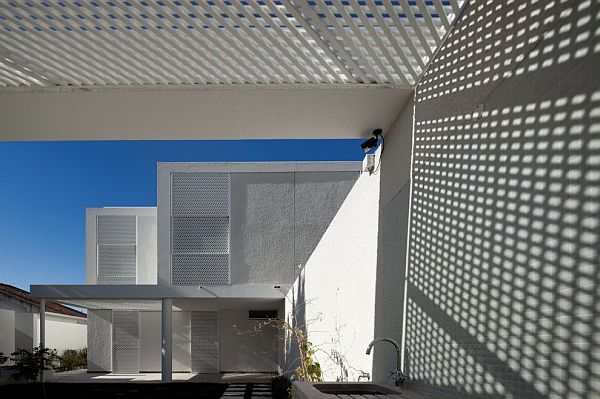 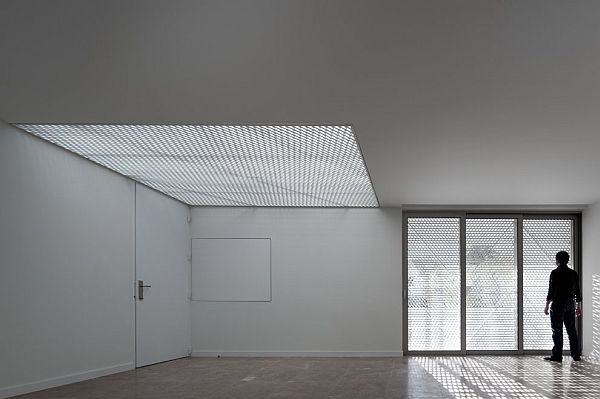 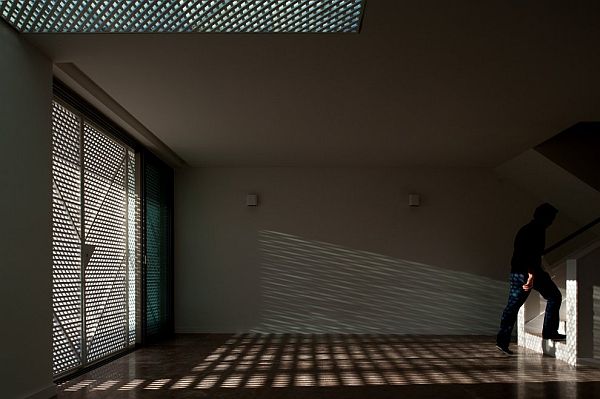 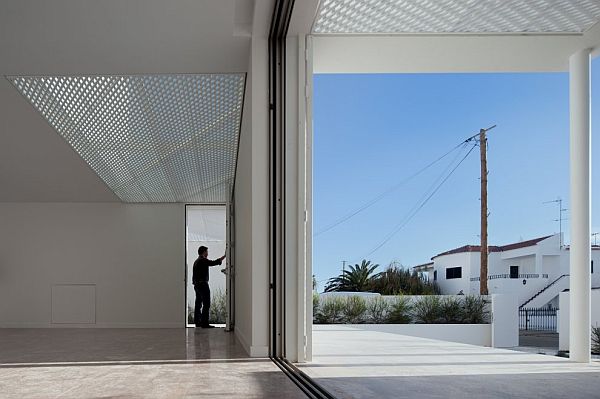 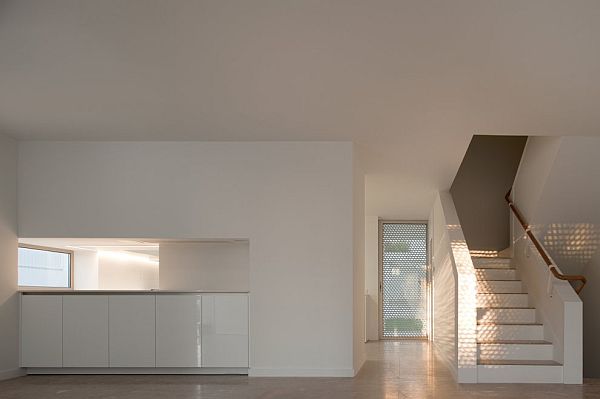 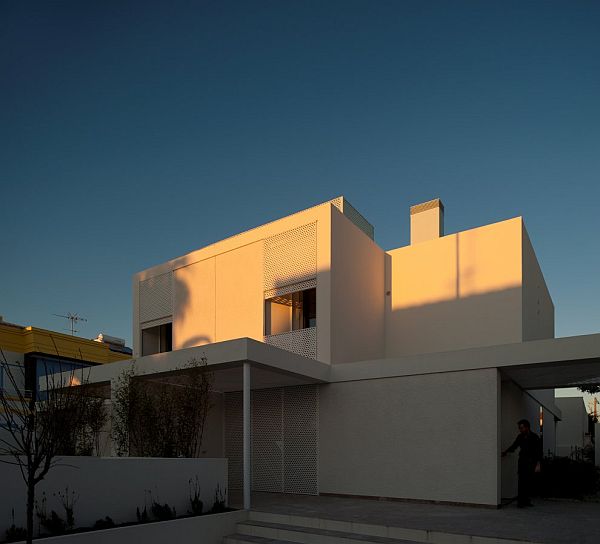 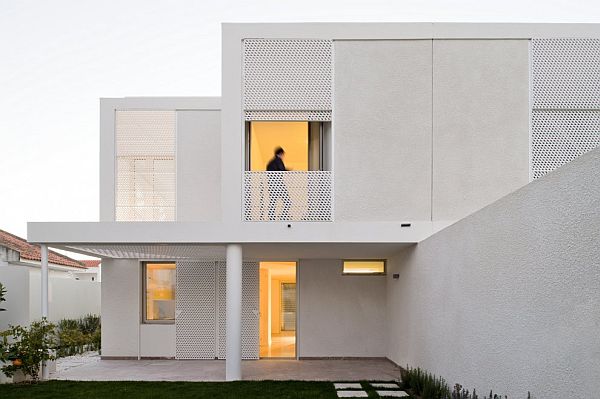 Located along the beach of “Manta Rota” on the “Algarve” Coast, in Portugal, this structure is actually not a single villa, but two. It’s an interesting story. Even though the two villas belong to different clients, they were designed together and they’ve become a single unit, consisting of two separate volumes or fractions. The project was developed by Ponto9 and it was a daring idea.

The two fractions are connected to each other and resemble a single unit. The ground floor of the two units consists of twin lounge and kitchen areas, facing east and respectively west, one for each side. These are the public areas, where the owners spend time with their families and friends. The public area extends to the outside, where covered porches have been designed. They expand the available space and also help blocking the sun from getting inside.

The first floor of this twin structure is reserved for the private areas. There are three bedroom, all with the same dimensions and two of them are facing east. However, since there are only three bedrooms, one side has two while the other had only one, and this creates a discrepancy. So, to recap, these are two different villas, belonging to two different owners that have nothing in common. However, they are part of the same construction and they share the same building. Considering that they are vacation villas, only used for short periods of time, this is not a big inconvenience.