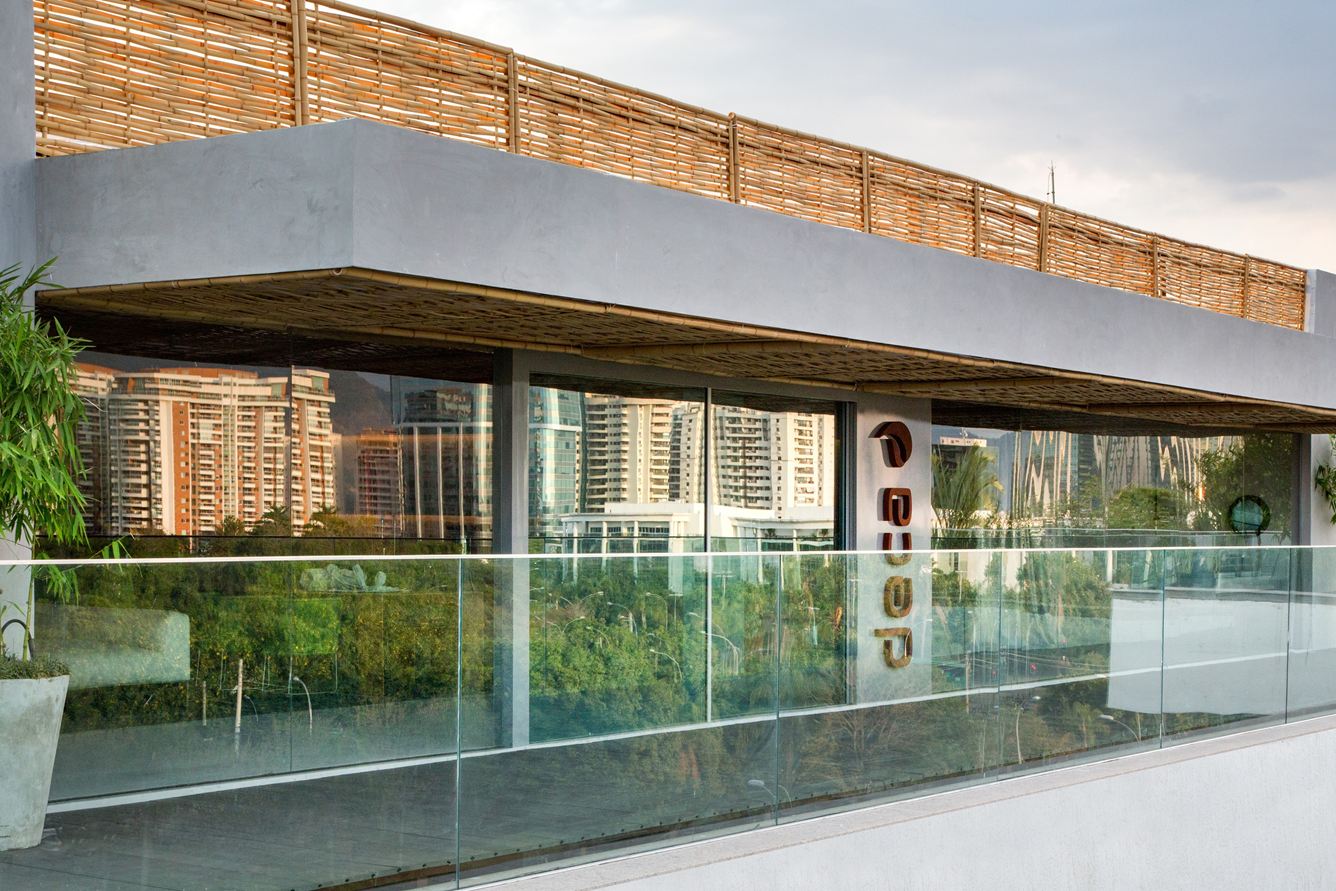 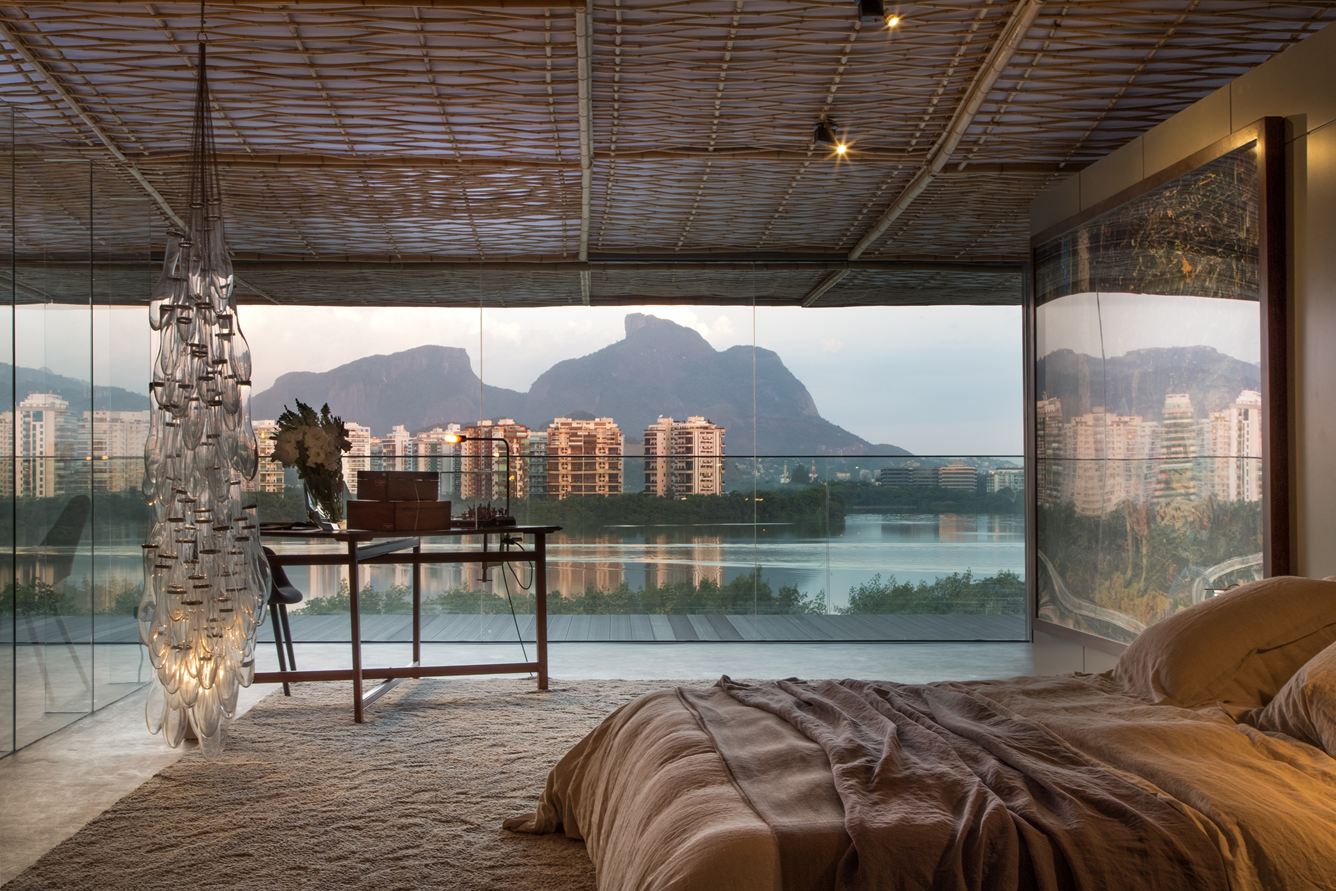 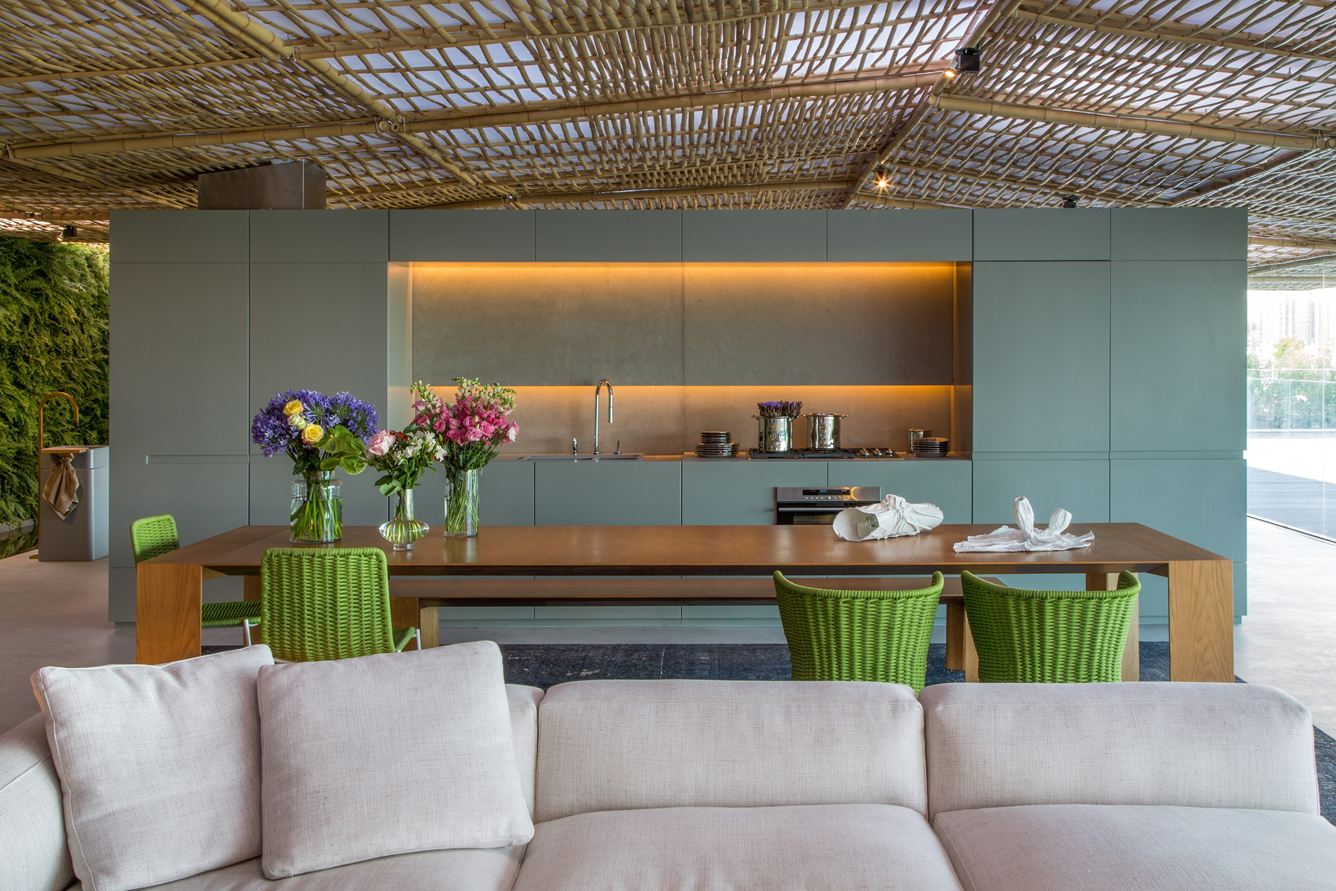 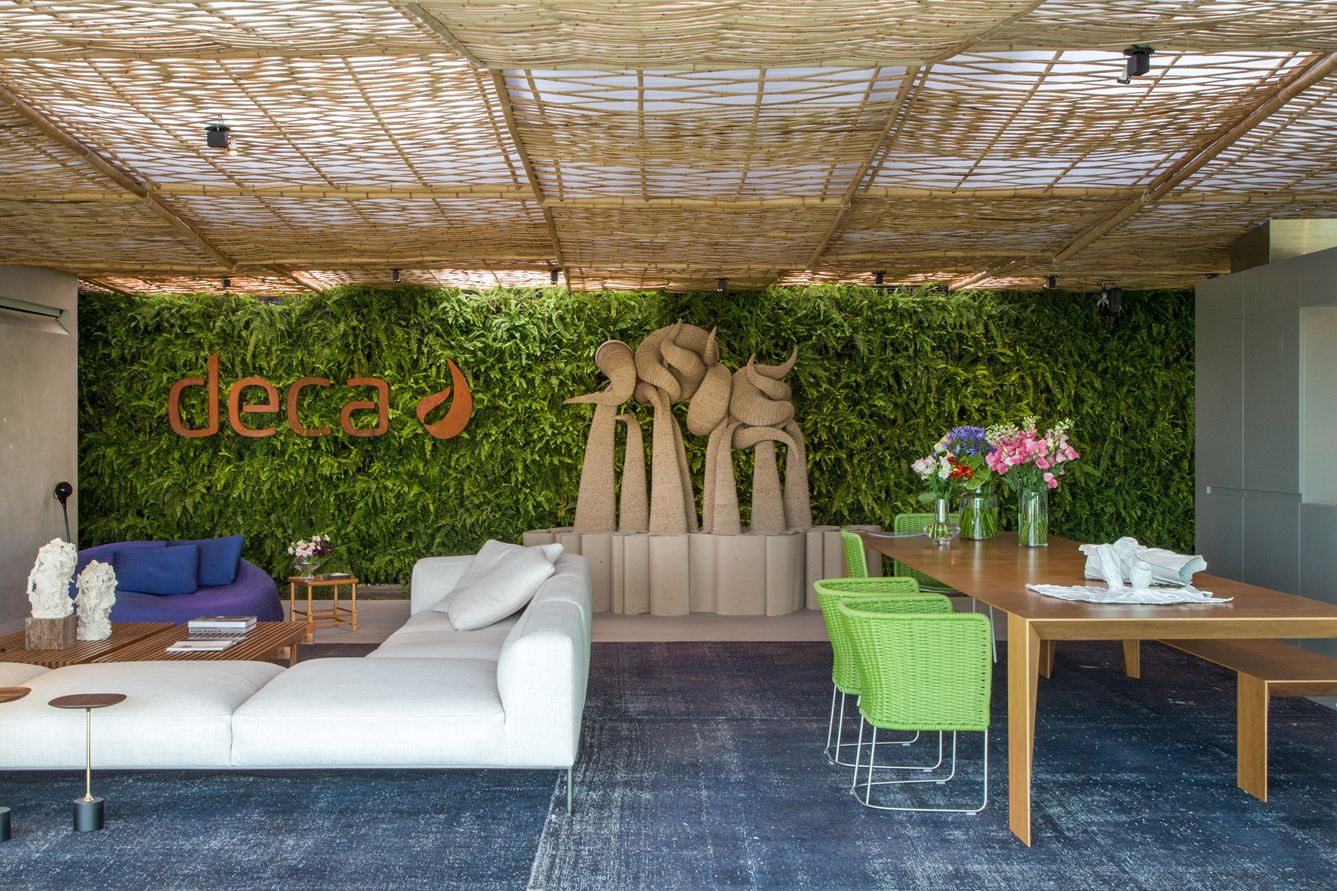 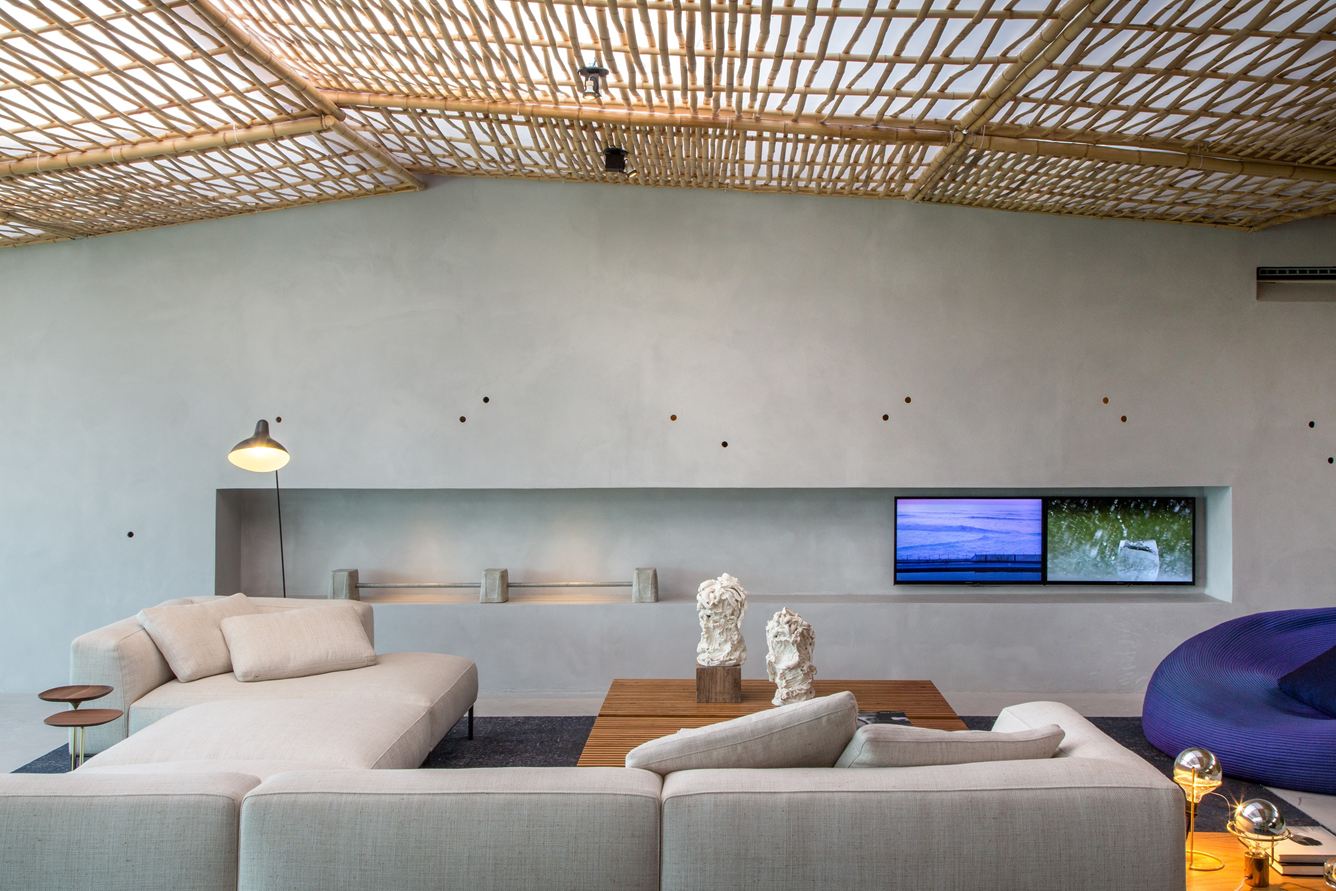 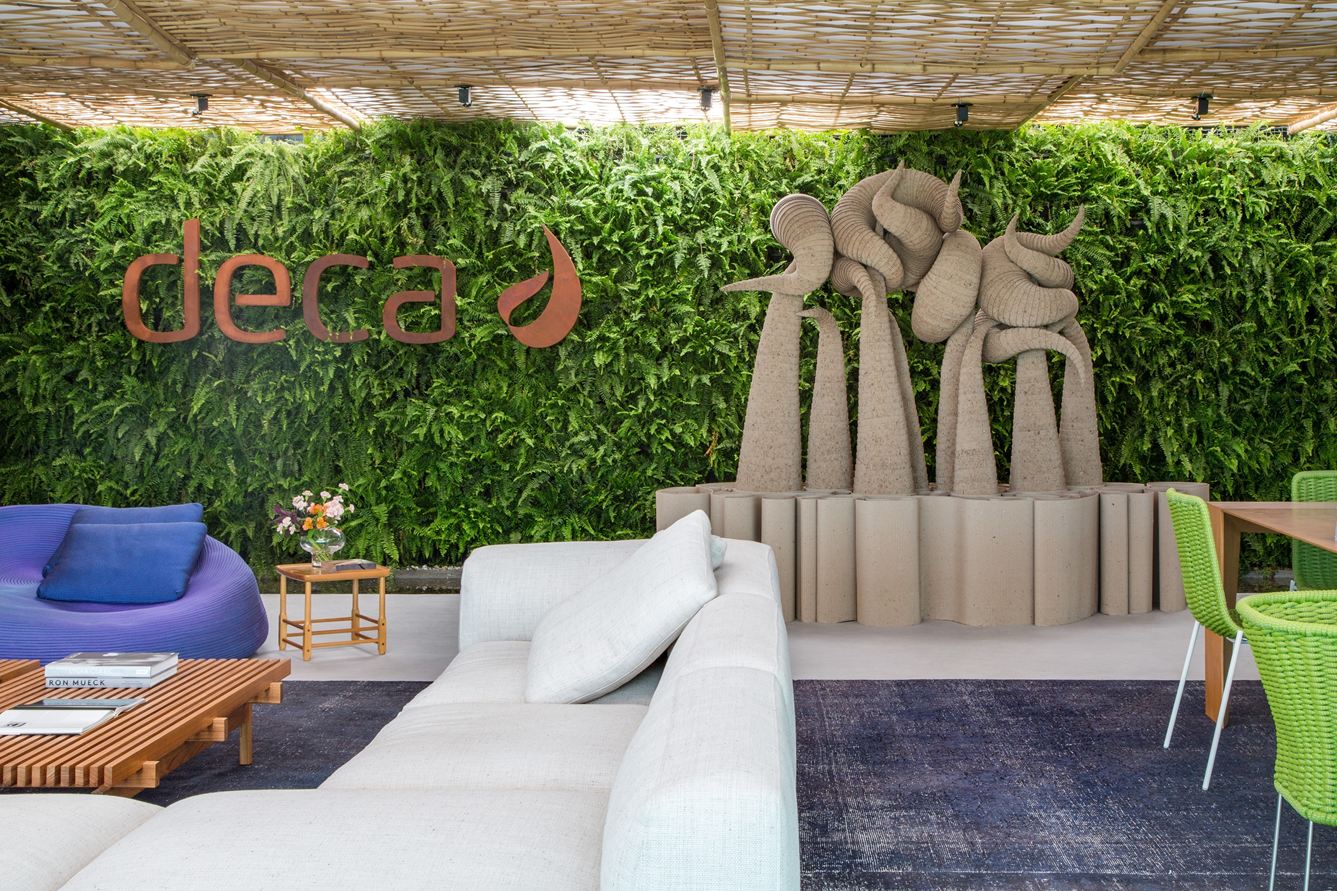 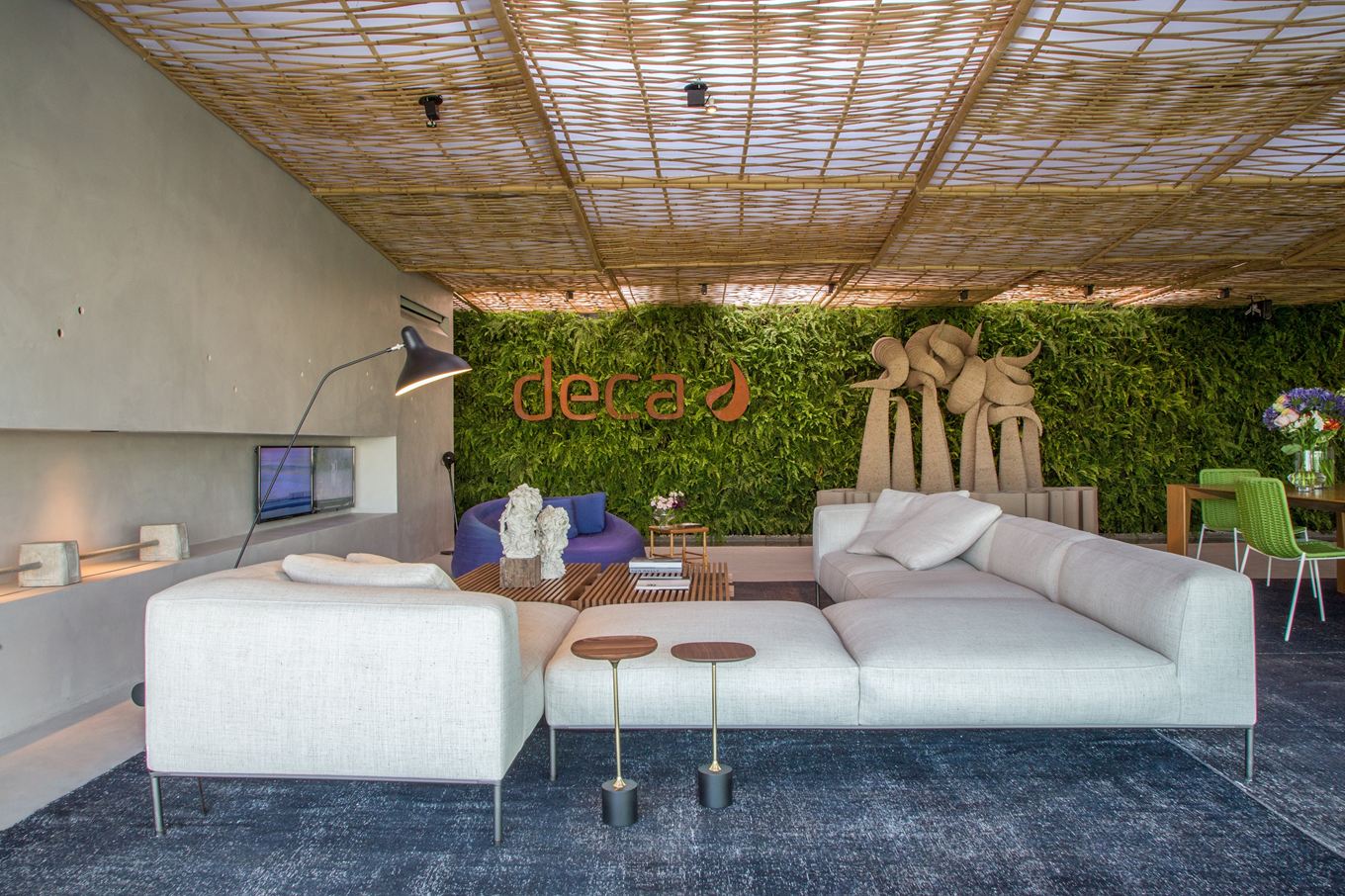 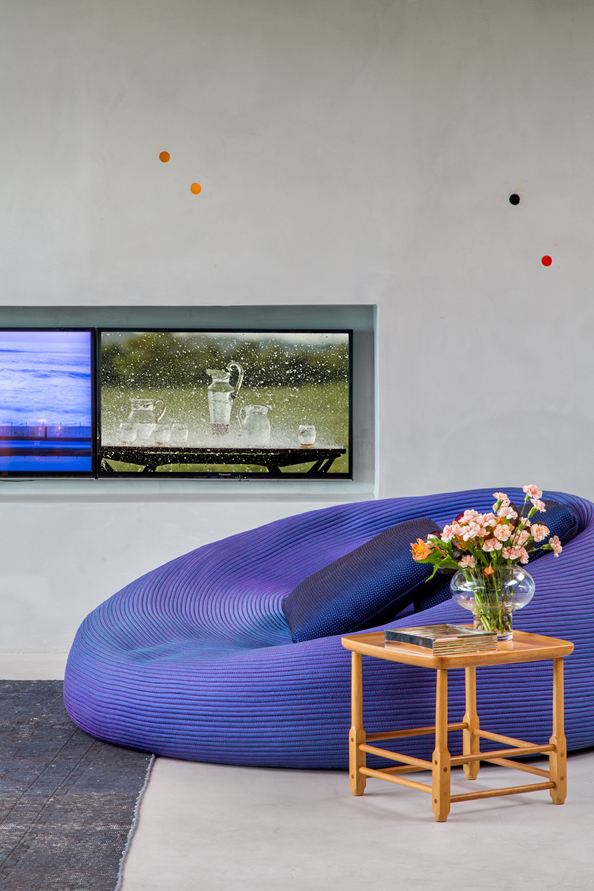 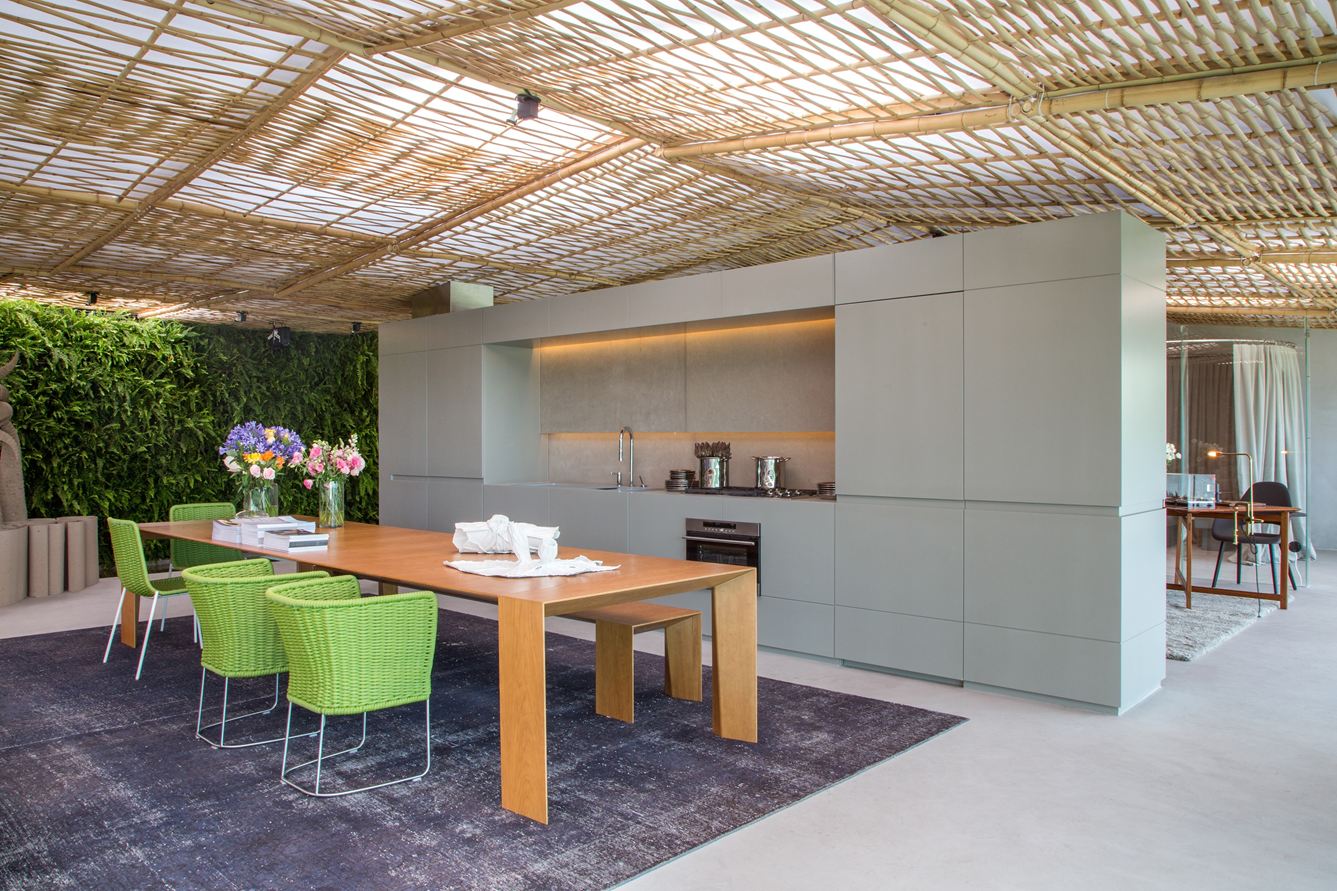 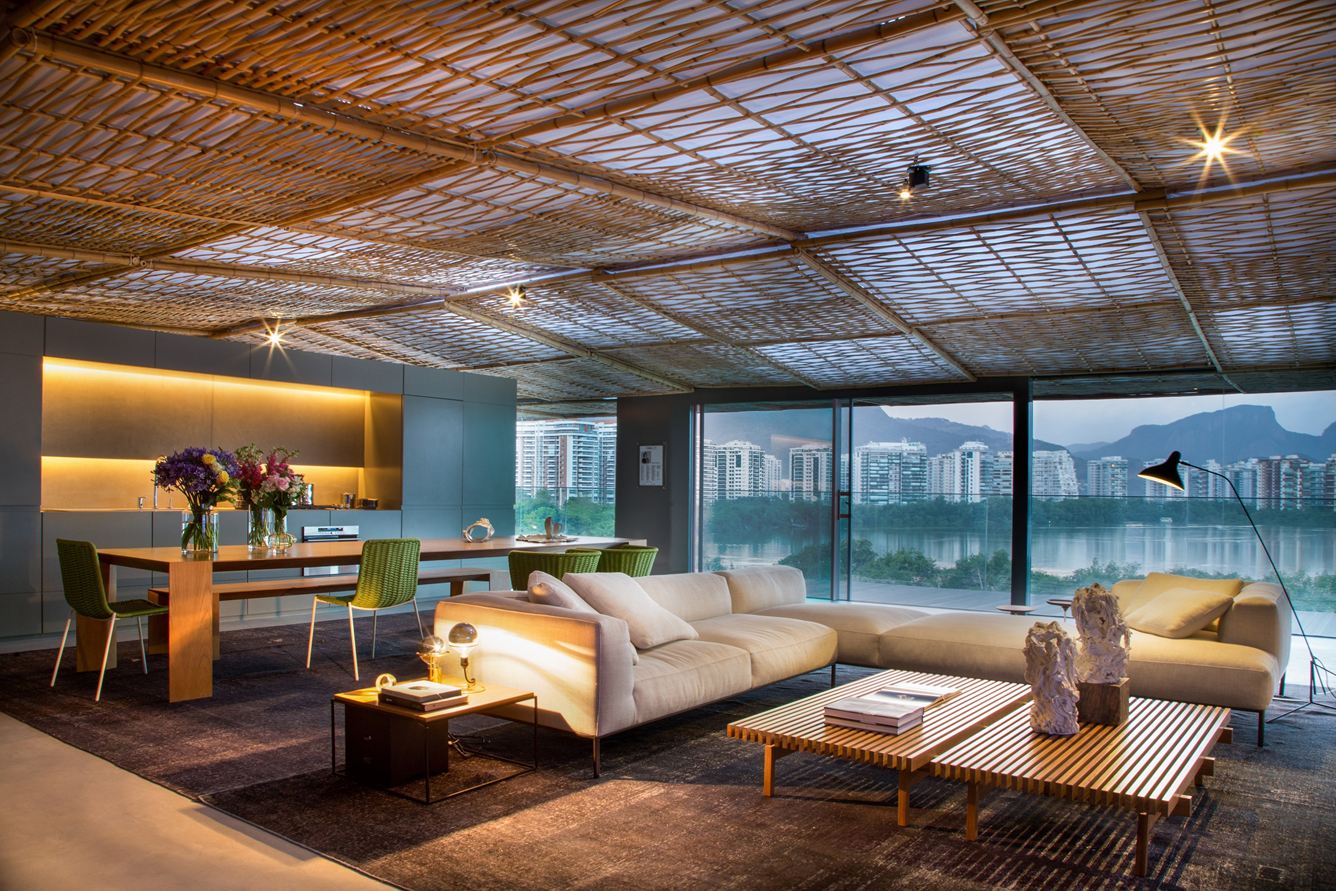 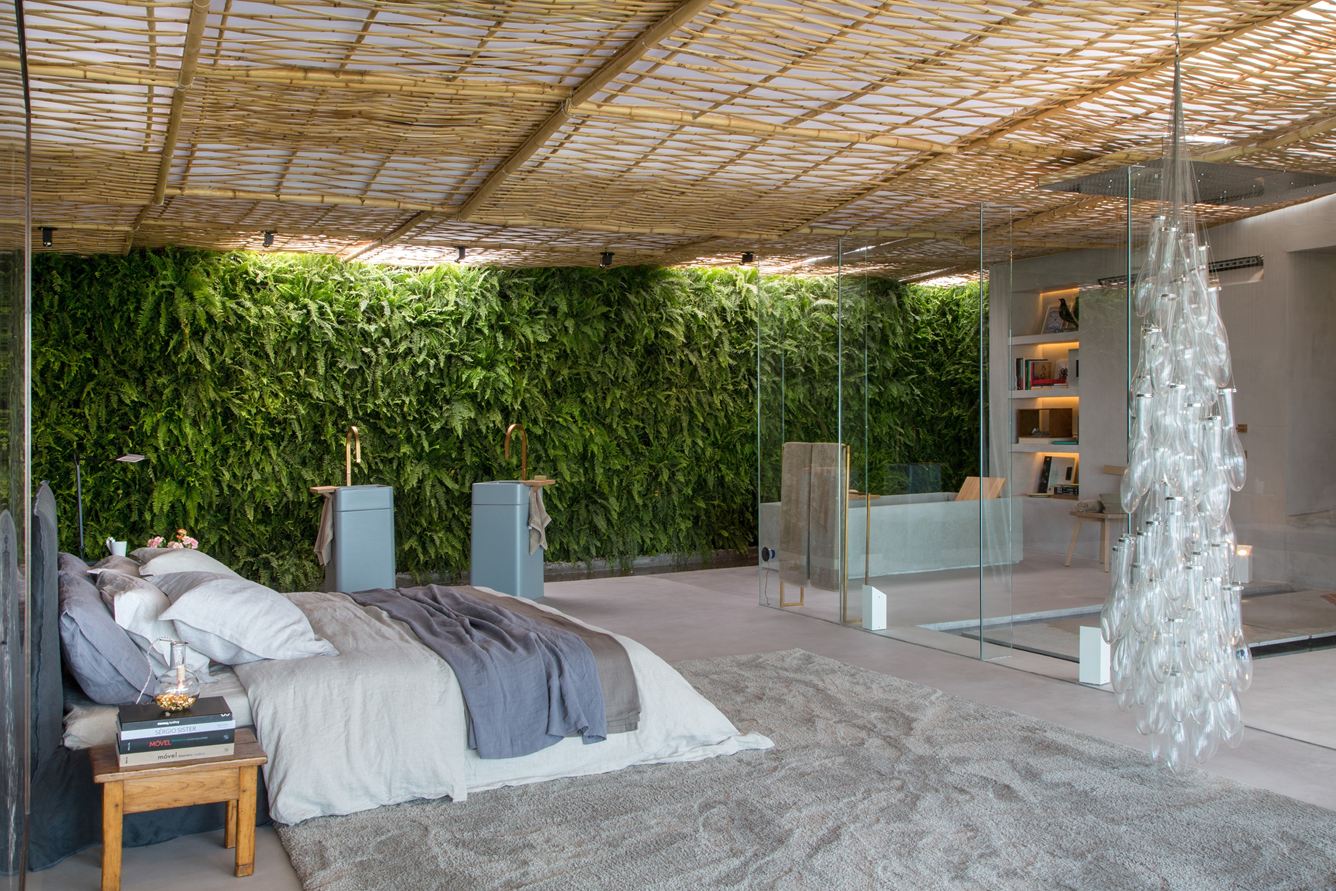 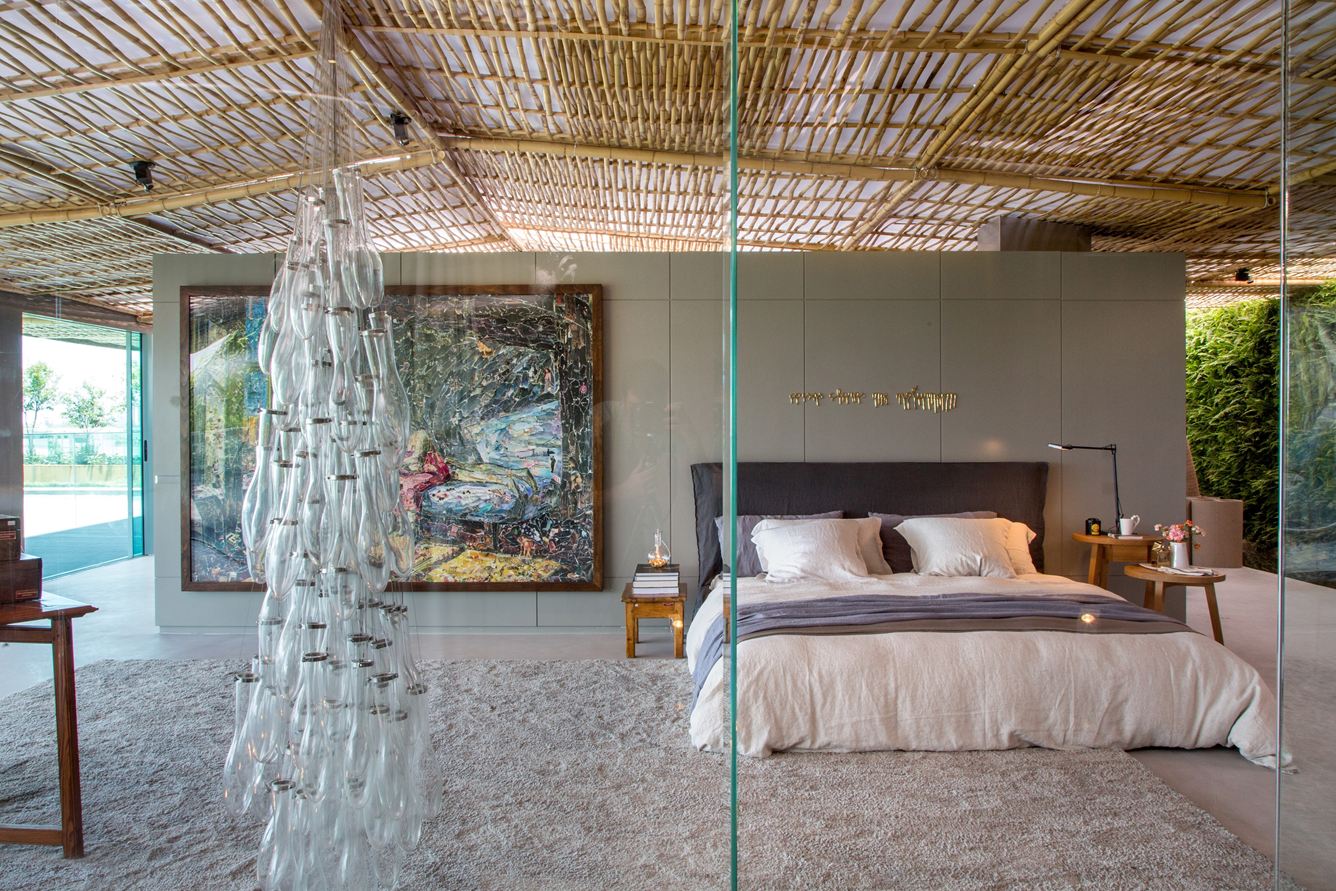 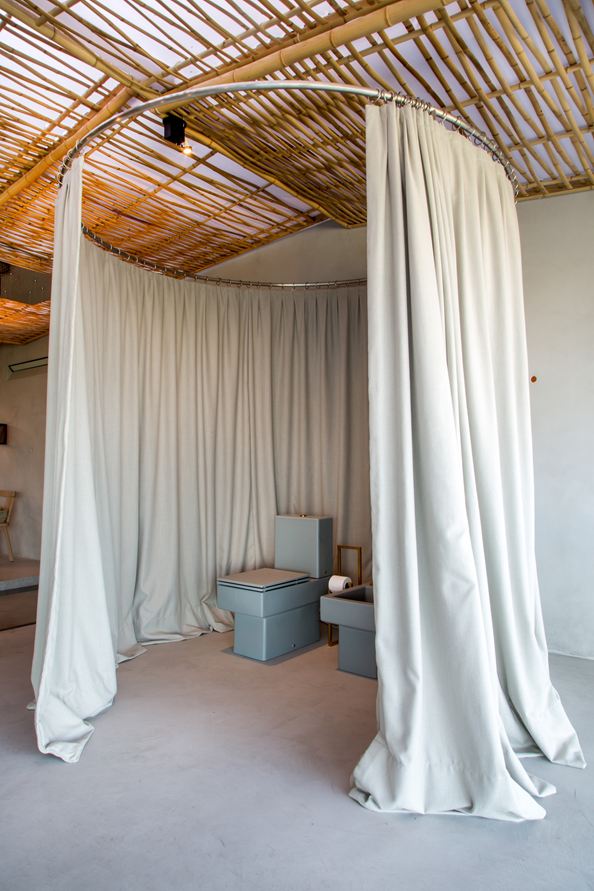 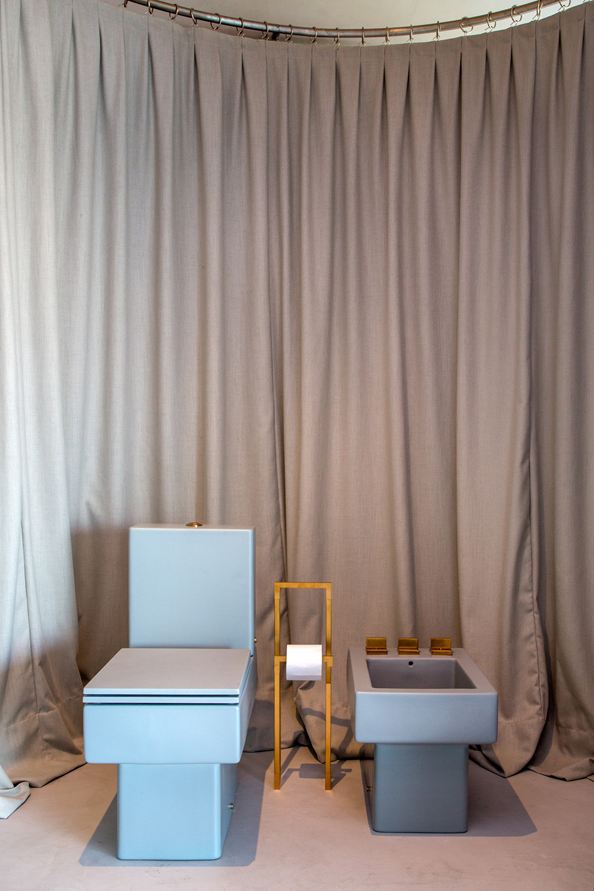 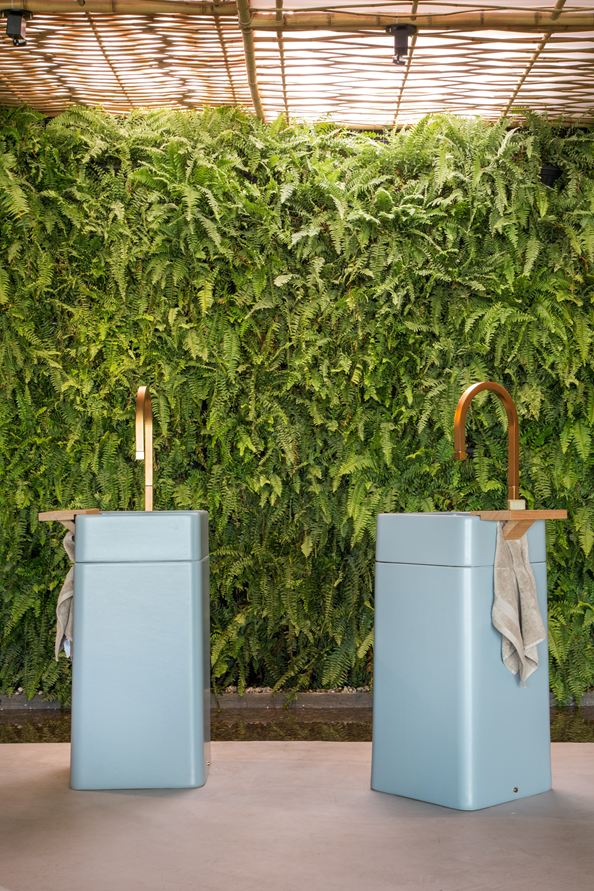 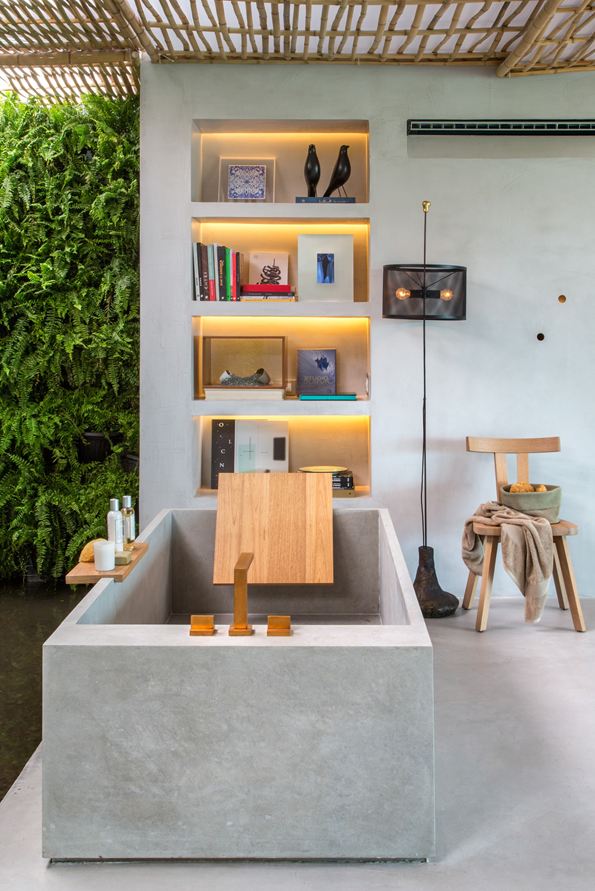 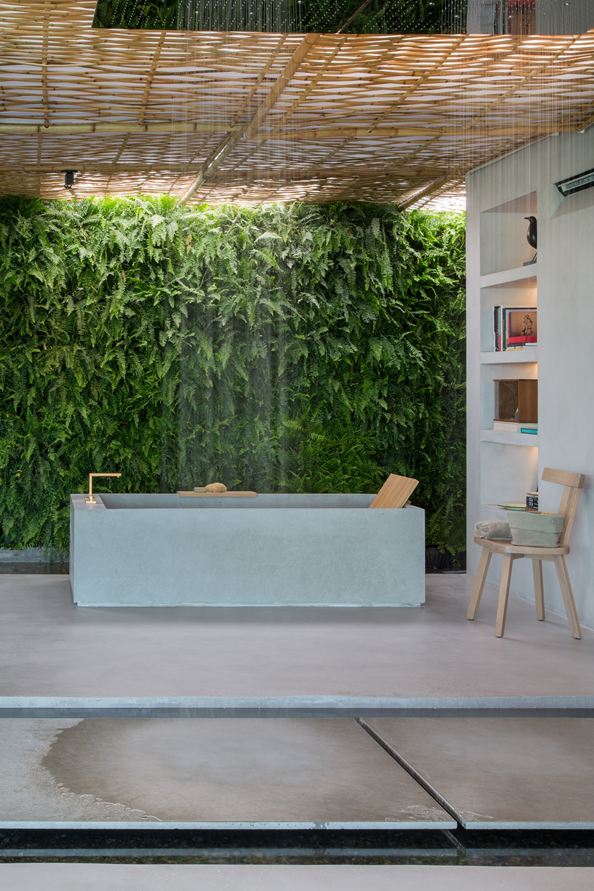 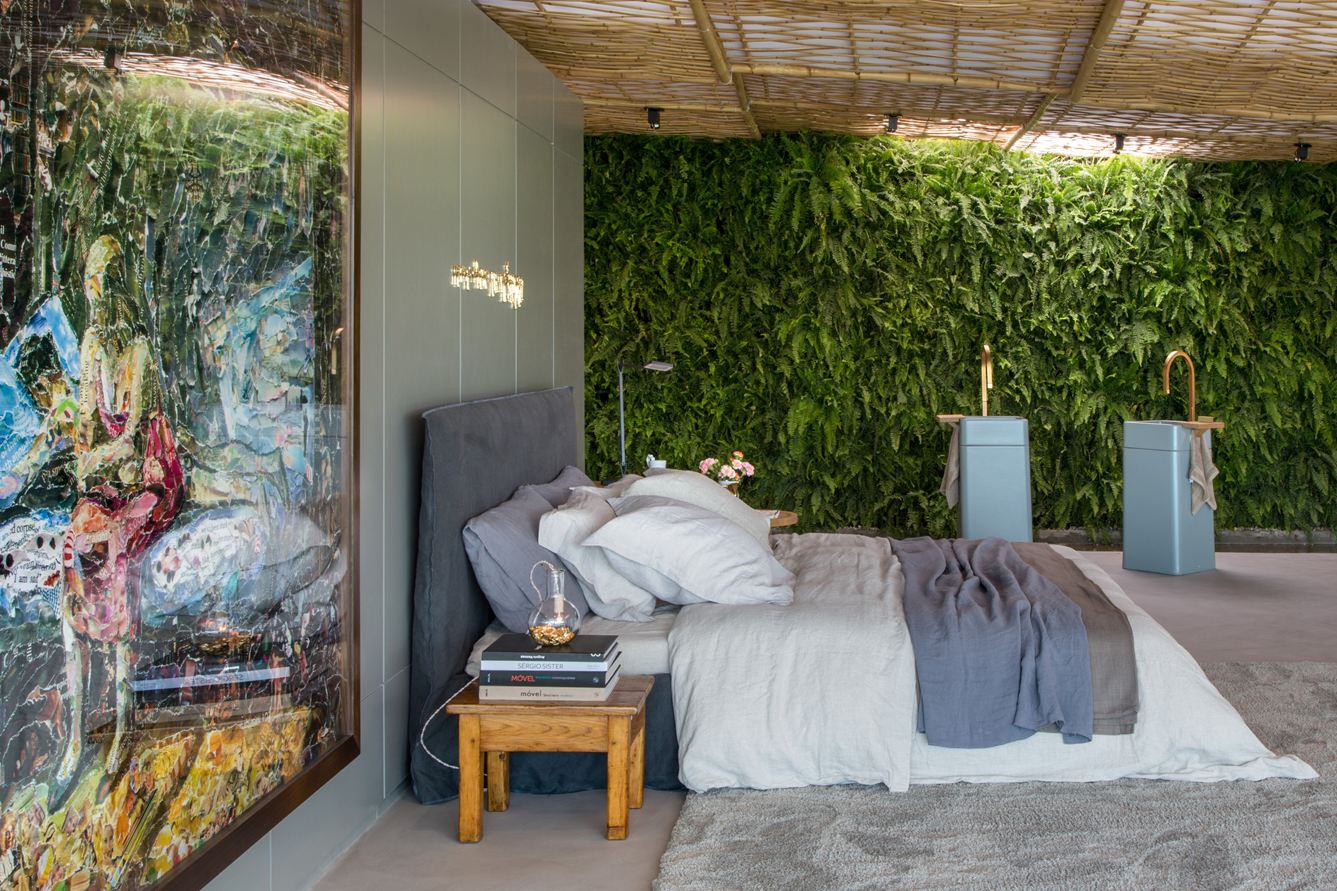 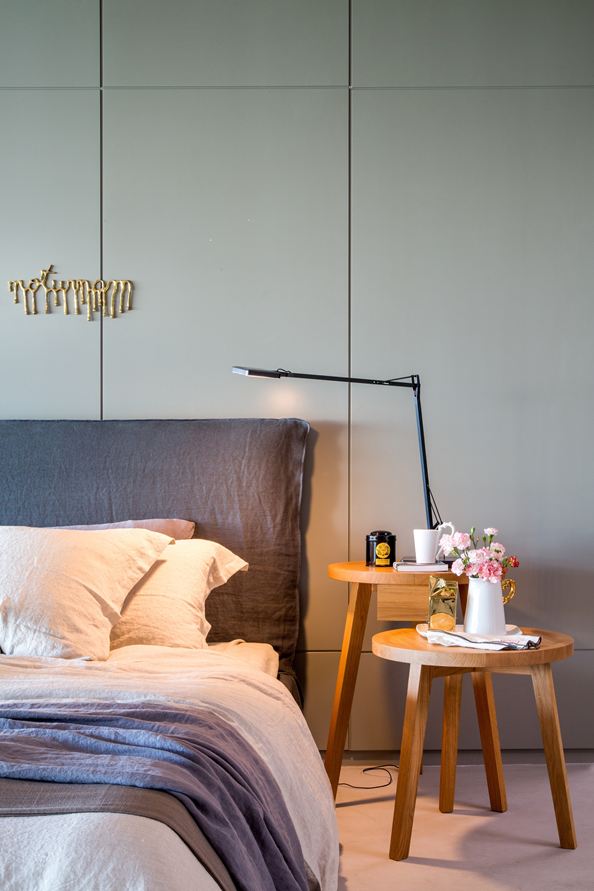 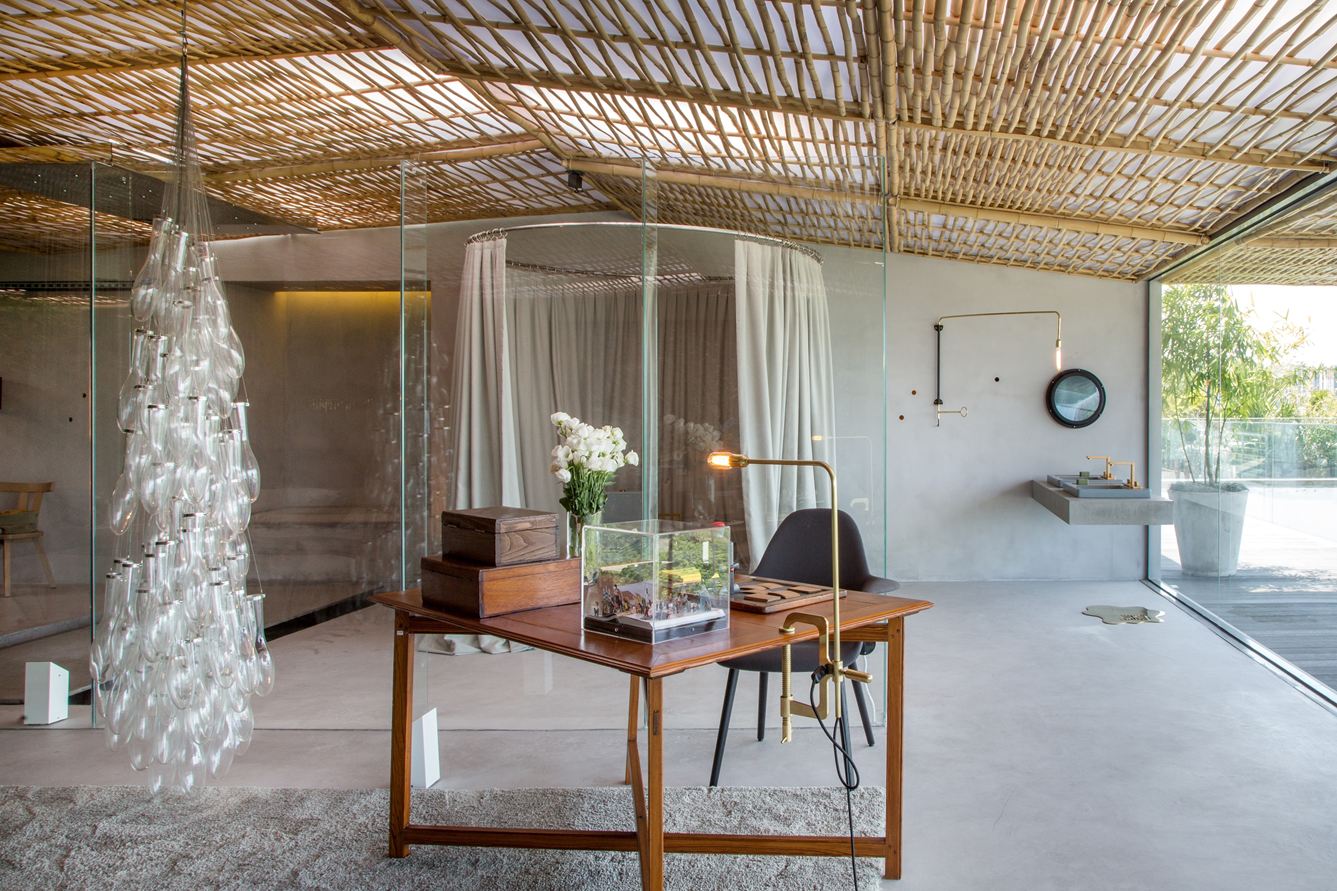 The 24th edition of Casa Cor Rio de Janeiro, the largest Architecture and Interior Design event in Brazil, took an interesting turn in 2014 when the very idea behind the showroom got reinvented. Instead of the usual exhibition area, the products and ideas were presented as a large 4500 square meter space divided into lofts, studio apartments and various living and entertainment areas.

The space inside the Casa Shopping mall became a large collection of individual spaces meant to make those interested feel at home. An eye-catching feature was a large loft divided into two areas. One was the social space and the other was a private zone.

In between these two spaces there was a large cabinet. In the social area, the cabinet contained the kitchen while in the private space it served as a wardrobe.

All the areas in the loft were connected by a long reflecting pool with a green wall. A very fresh and vibrant feature and one of the major elements which links the space to the exterior and the views.

Actually, this loft was designed within a pavilion on the rooftop and it offered really nice views over the surrounding area. This detail influenced the way the interior was designed. The loft had cement walls and floors and various accent details were used to bring the scenery inside.

The color palette was kept simple and neutral in order to allow the focus to stay on the products being displayed and on the large selection of works of art.

The green wall became a beautiful backdrop for the living and dining areas. A white sectional complemented by a futuristic blue chair were placed on a dark grey area rug and, on the other side, the wooden dining table features light green Ami garden chairs mixed up with stackable Kiti chairs.

A pair of identical wooden coffee tables complete the seating area and filling the central void created by the sectional.

In the private zone, a glass partition was used to separate the bath area from the bedroom. This way the two spaces stay connected and acts as one but there’s also a clear delimitation between them.

The toilet area was contained within a circular space with long and heavy fabric curtains and a stainless steel frame. In addition, the large bathroom space also integrates two showers, two column sinks and a minimalist, freestanding marble tub.

Recessed open shelves feature built-in accent lighting, softening the décor and the ambiance and coordinating this space with the living area. An Inout chair sits casually in a corner, becoming a charming accent piece for this area.

The other section of the space is large and open. The Ghost bed by Paola Navone is complemented by tripod side tables that act as nightstands and gets its task lighting from flexible floor lamps. A larger modern table doubles as a desk.

The lighting is really beautiful here and the fixtures become focal points and act as works of art. Every piece was specifically chosen for the décor.