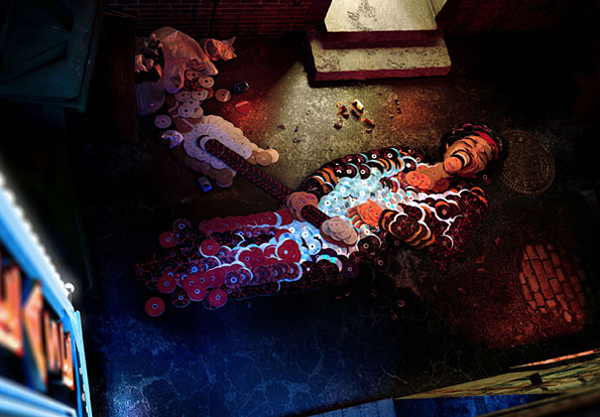 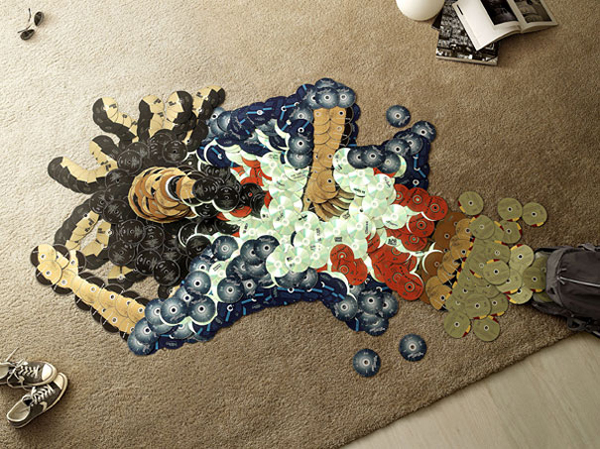 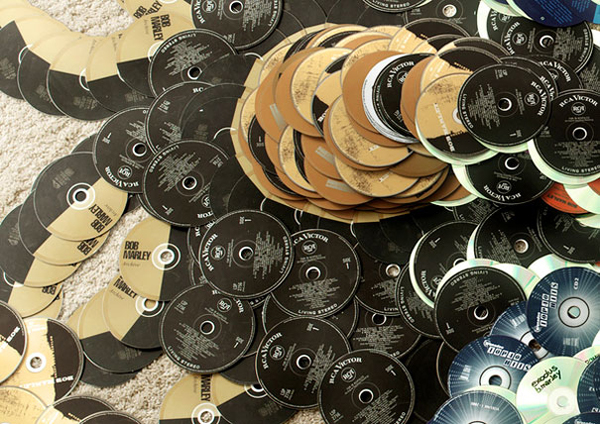 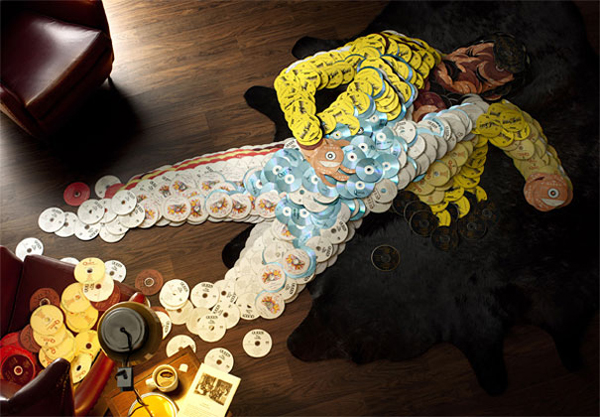 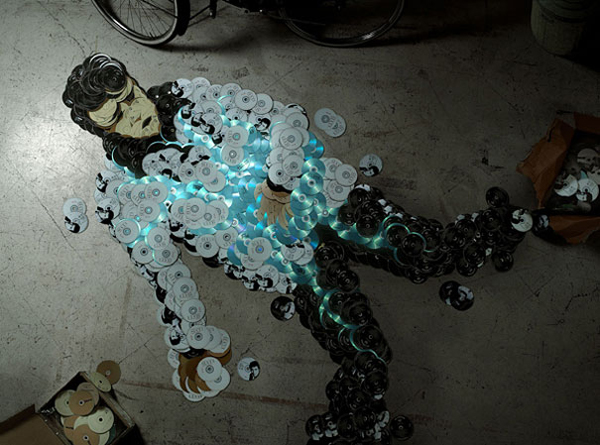 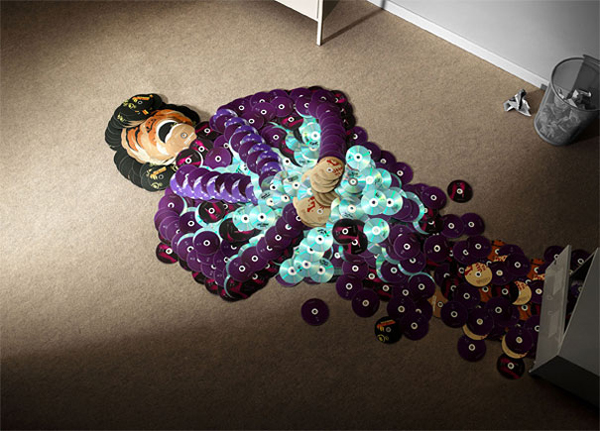 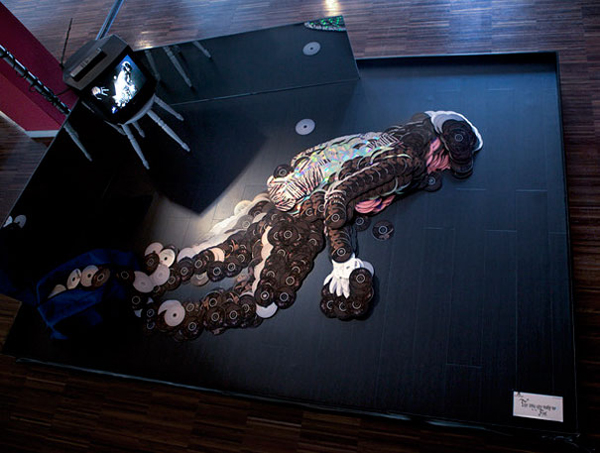 Creating musicians’ portraits from things such as vinyl records or recycled cassette tapes is common and it’s a way of honoring that person. If you’re suing their own records then it’s an even greater act of recognition and admiration. But since vinyl records and cassette tapes are no longer used, it was time for the CDs to come in handy, given the fact that they are also almost extinct.

Artists Moreno De Turco and Mirco Pagano spent more than 200 hours lining up all these CDs. Their goal was to recreate the portraits of seven world-famous musicians. These musicians are Bob Marley, Elvis Presley, Jim Morrison, Jimmy Hendrix, Michael Jackson, James Brown, and Freddie Mercury. The two artists managed to create impressive portraits of each of these musicians and we can honestly say that their hard work was not in vain.

The project was developed for the inauguration of First Floor Under which is a pop-vanguard culture magazine. It was a very creative and ingenious way of attracting attention and it also matched perfectly the philosophy of the magazine. The project was not only impressive but also inspiring and it shows not only the talent of the two artists that created them but also the ambitious plans that the magazine has. It was a great start and a wonderful idea for its inauguration.