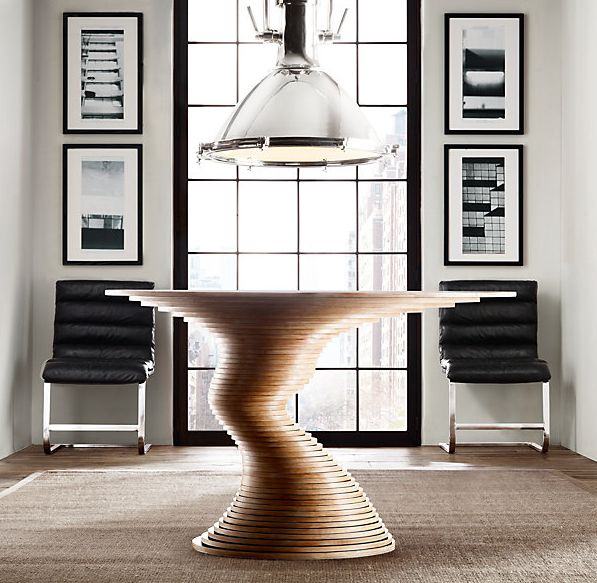 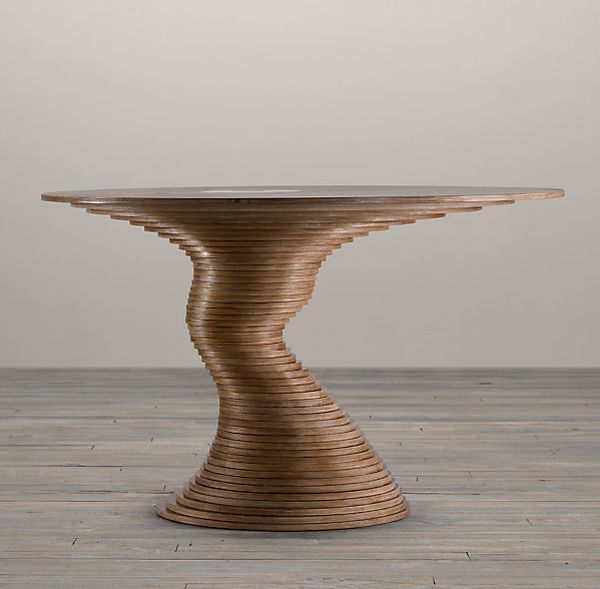 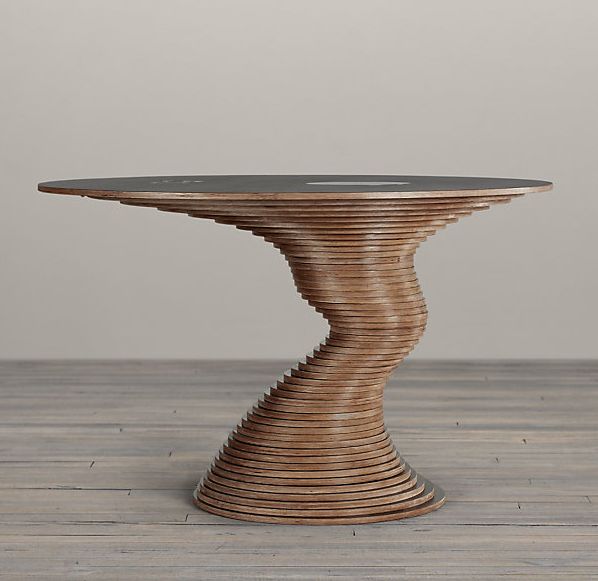 Before going through this post and seing what it is to see and commenting it, we have to establish something from the beginning. This next designer grew up in a family that owned a furniture company just outside of Milan. Putting this two major informational elements together the outcome couldn’t be a doctor or an musician.Marcello Pozzi spend a lot of his adult life among construction sites due to it’s work. On those sites he saw lots of plywood being used to make forms where concrete had to be poured and little by little crazy ideas started to grow in his head.

One day he decided to put them into practice and the result can be see right here in this table. The sculptural design is composed of 50 pices of plywood stacked on a big metal rod.The entire ensemble measures 48” in diameter and almost 30” high and when I looked all the pictures I thought it looked familiar. Later on something struck me; it looks like a tornado.

Did you see on TV images with hurricanes and tornadoes that went through corn fields and left nothing but bare ground behind them? Looked from different positions the table “changes its form” just like a powerful tornado driven by quickly changing winds.I like it because it has a powerful meaning reinforced by the looks and materials used to build it, and for $2495 this “designer tornado” can blow anyone’s mind straight from your living room.