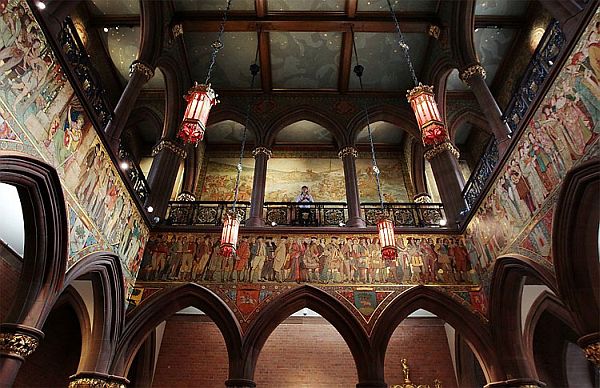 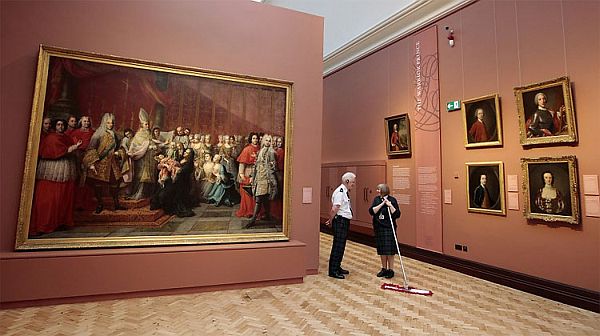 The Scottish National Portrait Gallery is an art gallery on Queen Street in Edinburgh, Scotland.It was originally designed by Robert Rowand Anderson and build between 1885 and 1890.Now it holds the national collection of portrets.The gallery has been closed for refurbishment since April 2009, and it was recently reopened to the general public.The renovation was carried out by Page -Park Architects.

For the first time The gallery occupies the whole building, now being put into use the upper floors to provide 60 percent more space.The only possible way to describe the actual building is finesse.A vast and a bright space was created  to house some of the most beautiful art pieces.And if among the exhibits there are Robert Burns, Mary, Queen of Scots, John Byrne the establishment housig them could not be inferior.

This place should be considered a work of art not because is decorated with such marvelous paintings, but because it stands to their level.The Museum is divided in several specific rooms.The Ramsay Room for example is on the top and by  having a spectacular  square glass roof  from which natural light can highlight the truly  spectacular masterpieces on the walls.

These pretty high chambers beside the fact that they would have to be able to recive guests in a large number without leaving the impression of a crowded place they would also have to  ensure certain  conditions to prevent the natural degradation of the  paintings.Costing around 17.6 milion pounds this first major renovation of the building should last 130 years.For that  long the Scottish National Portrait Gallery has been exising.{pics from Reuters / David Moir}