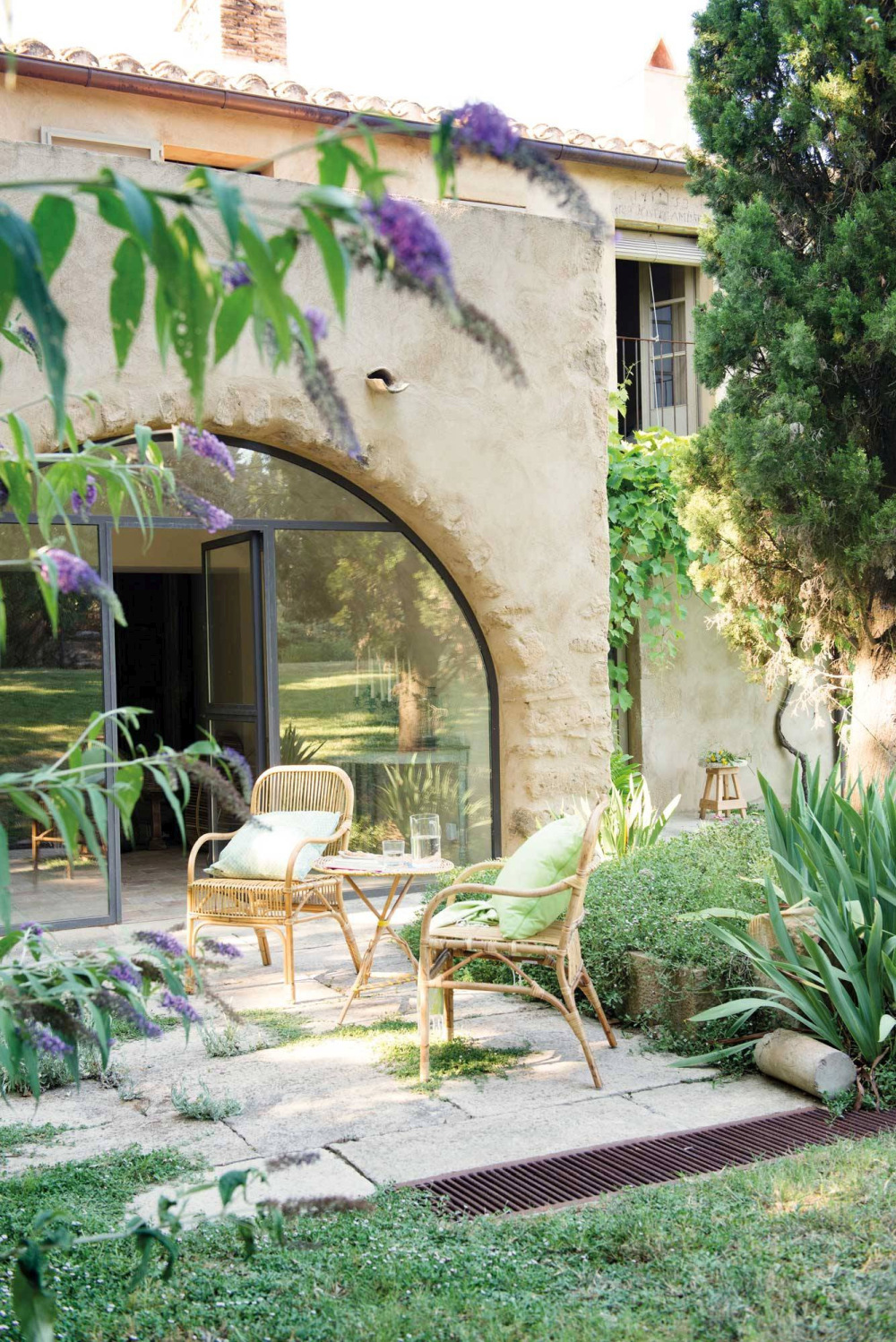 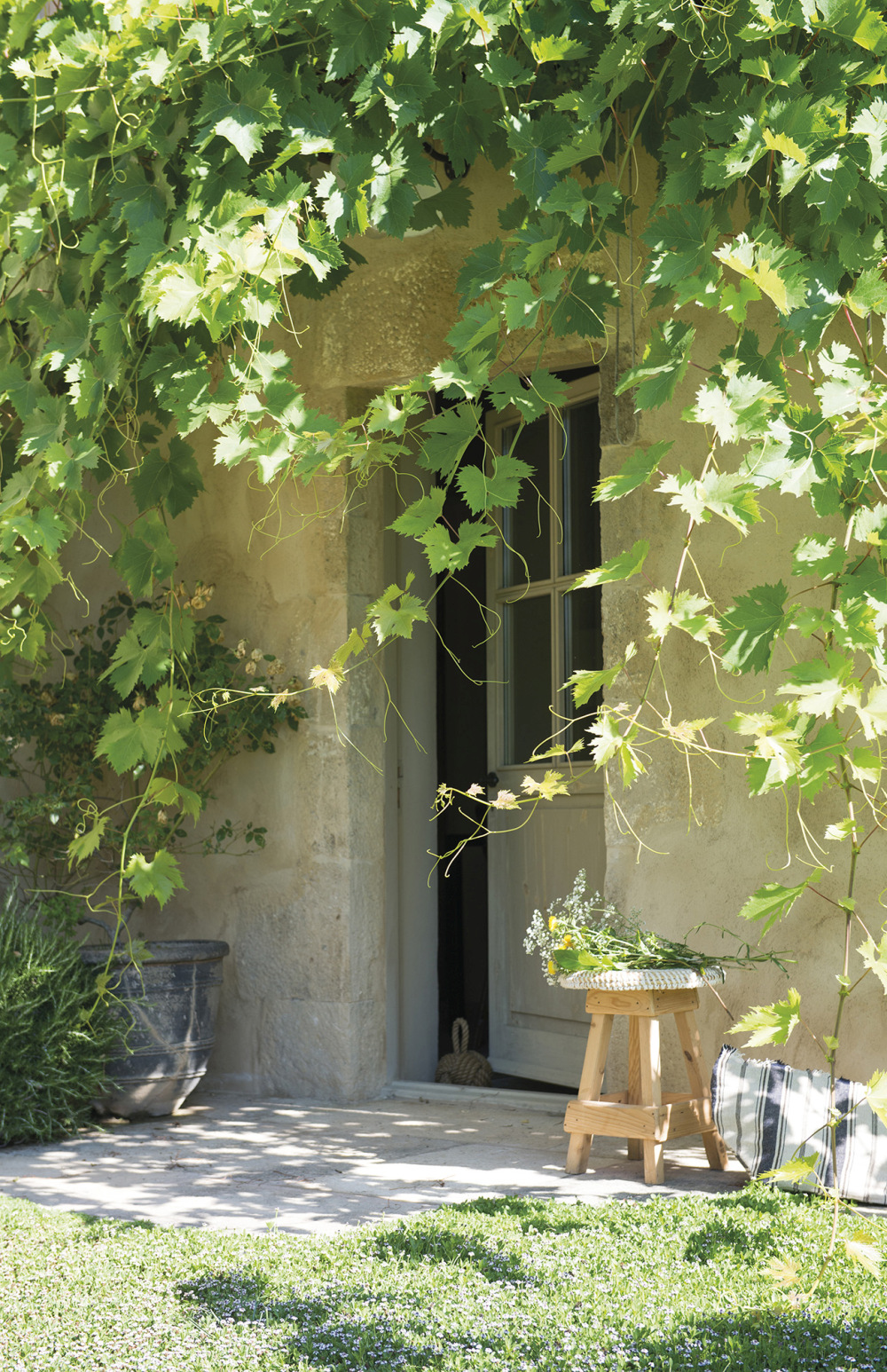 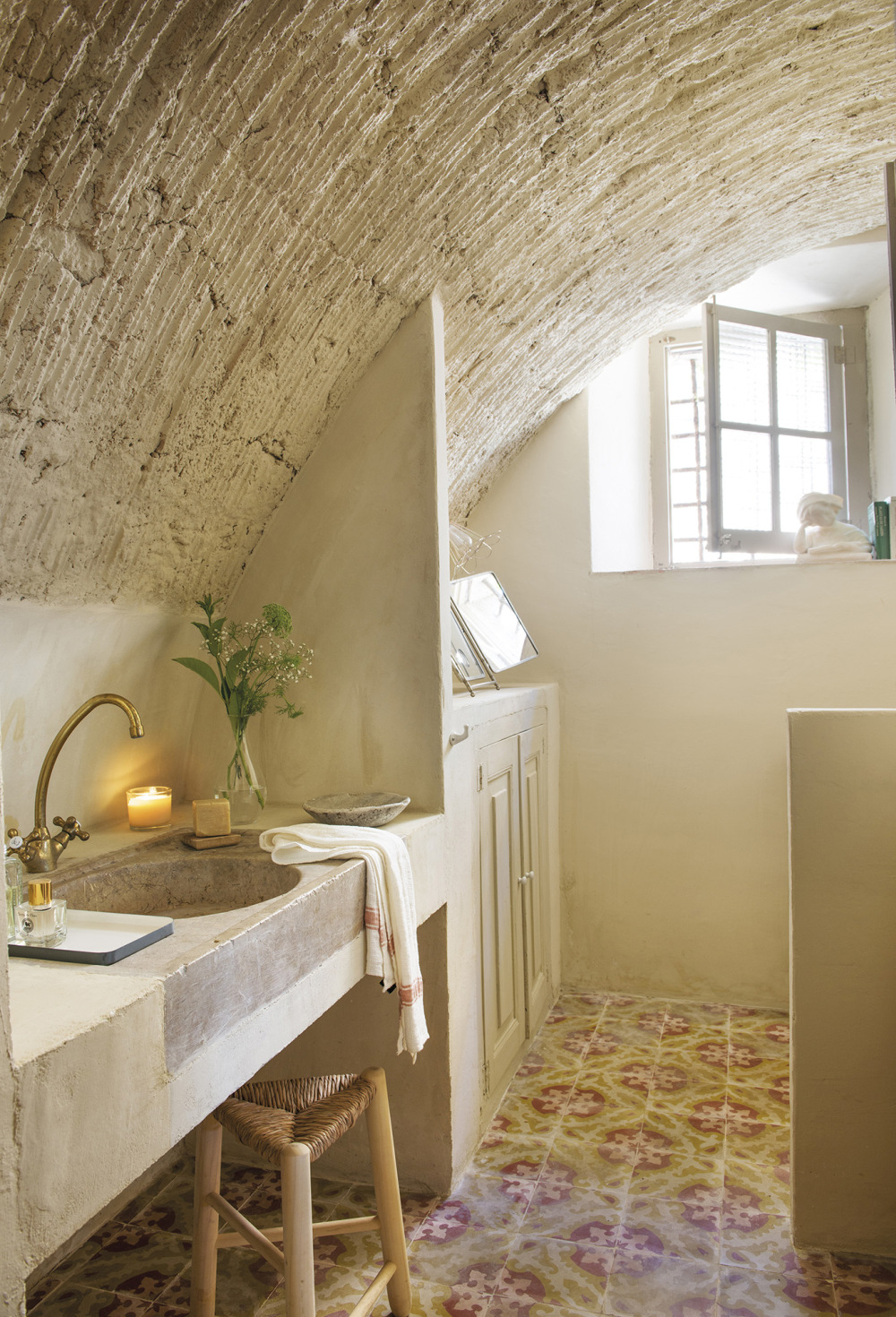 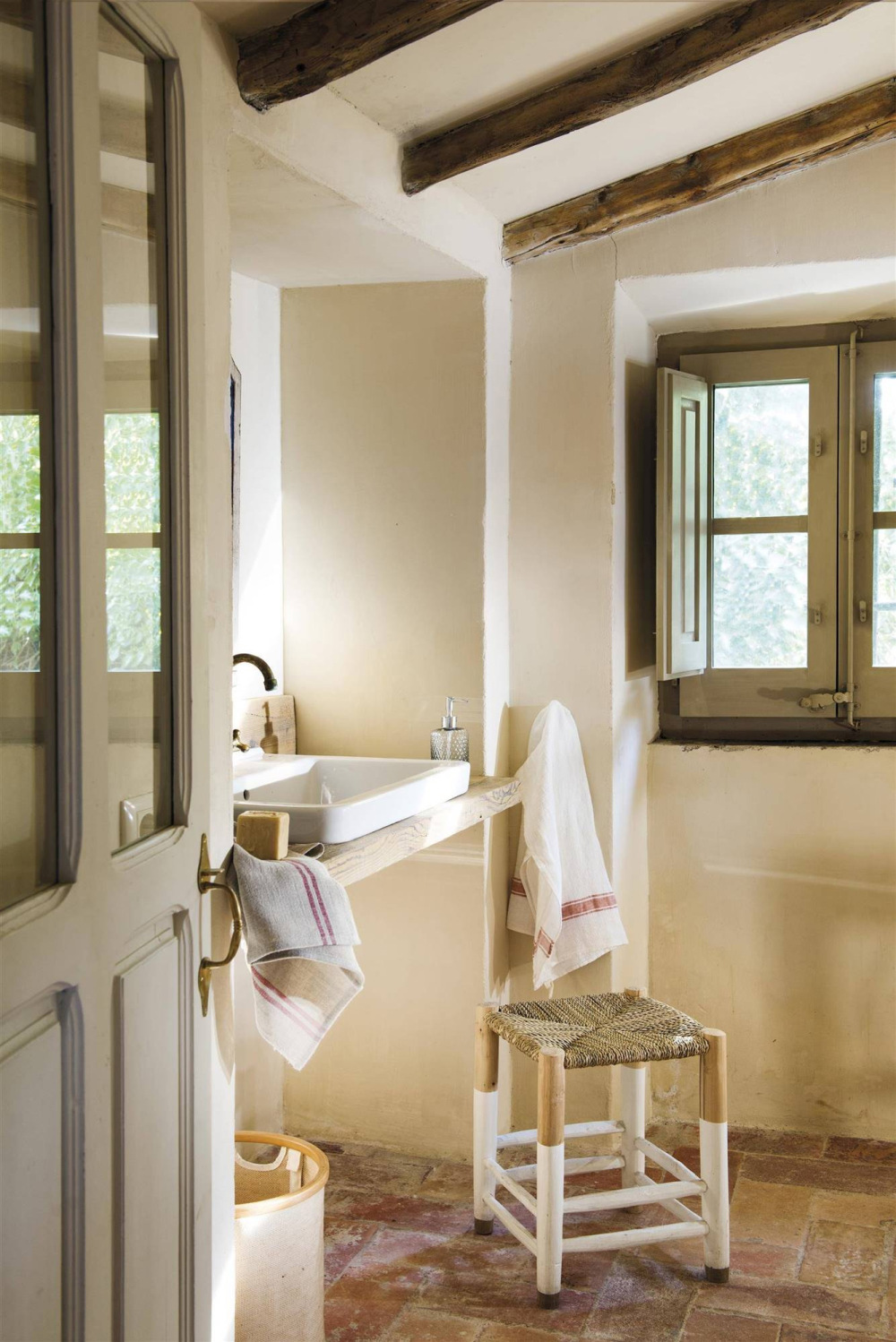 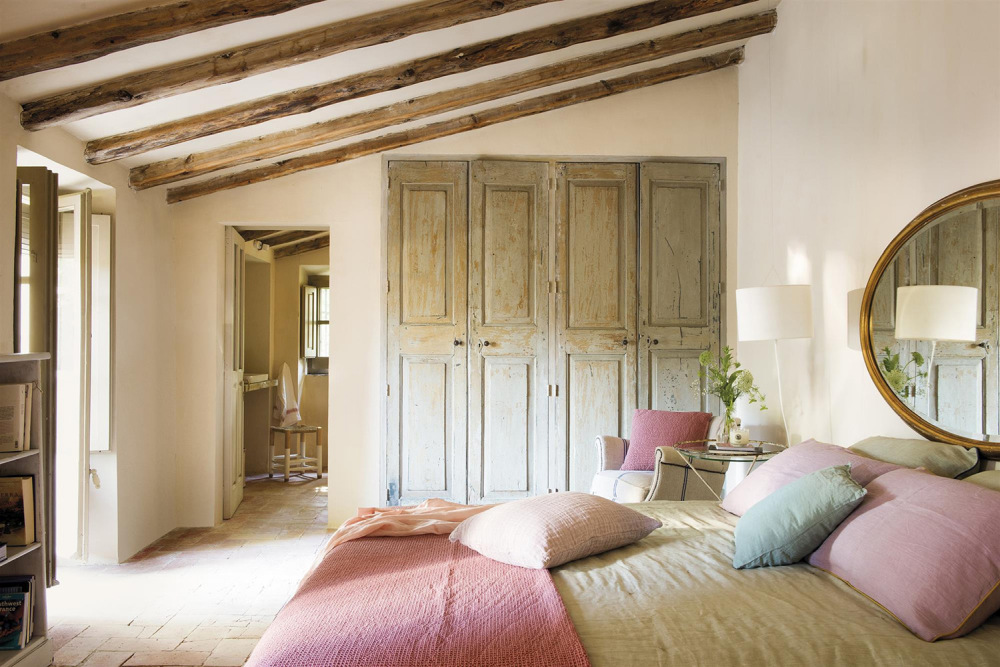 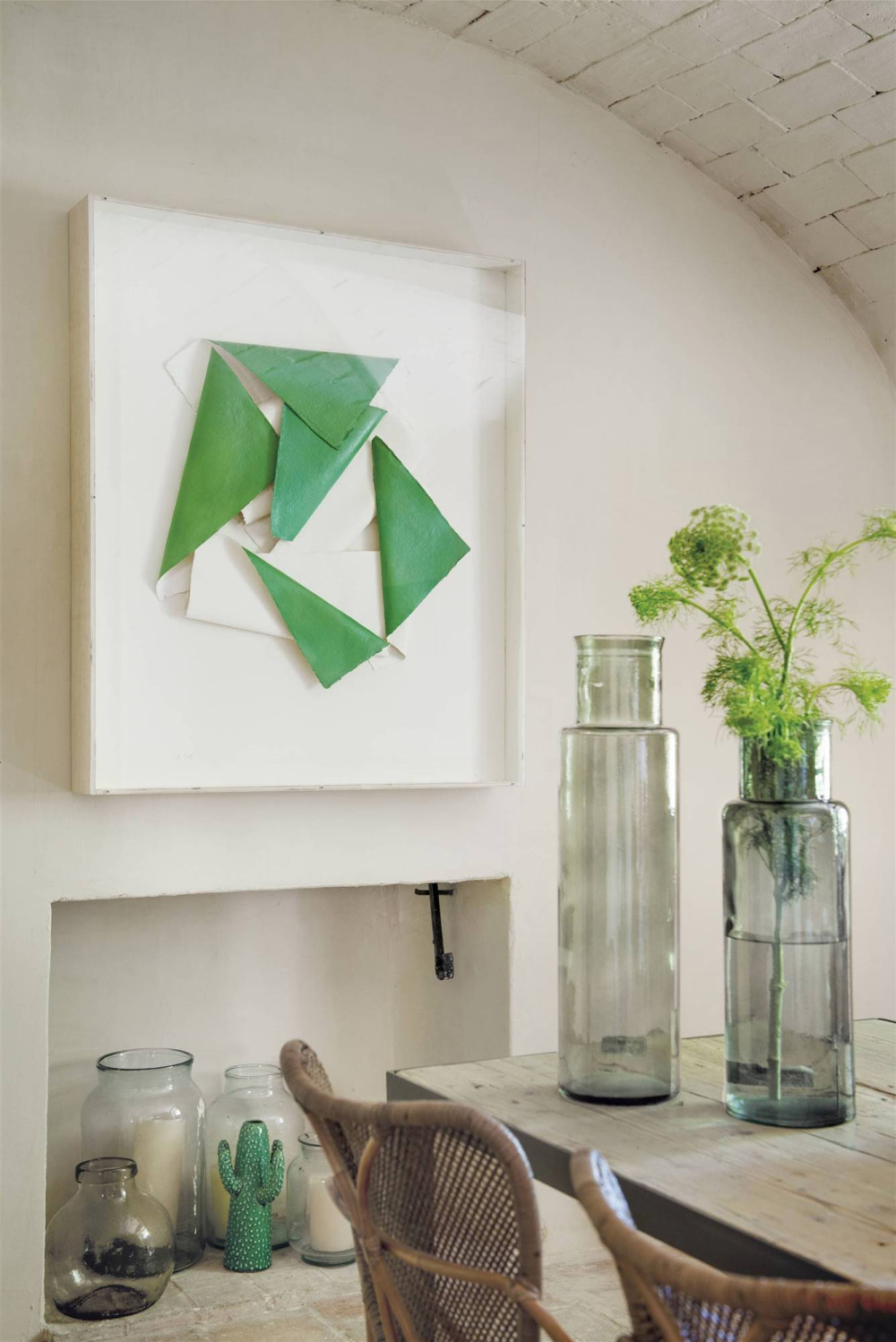 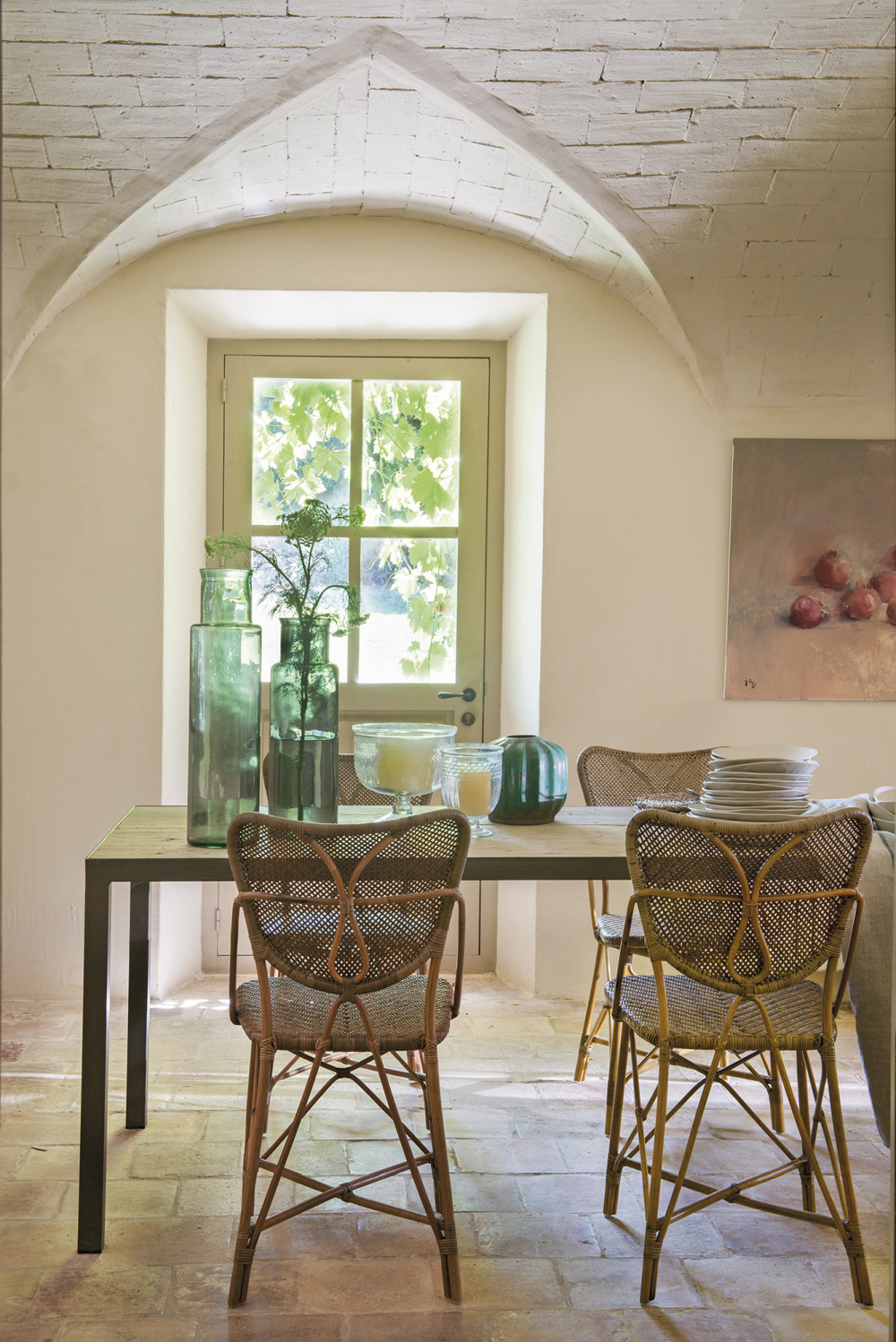 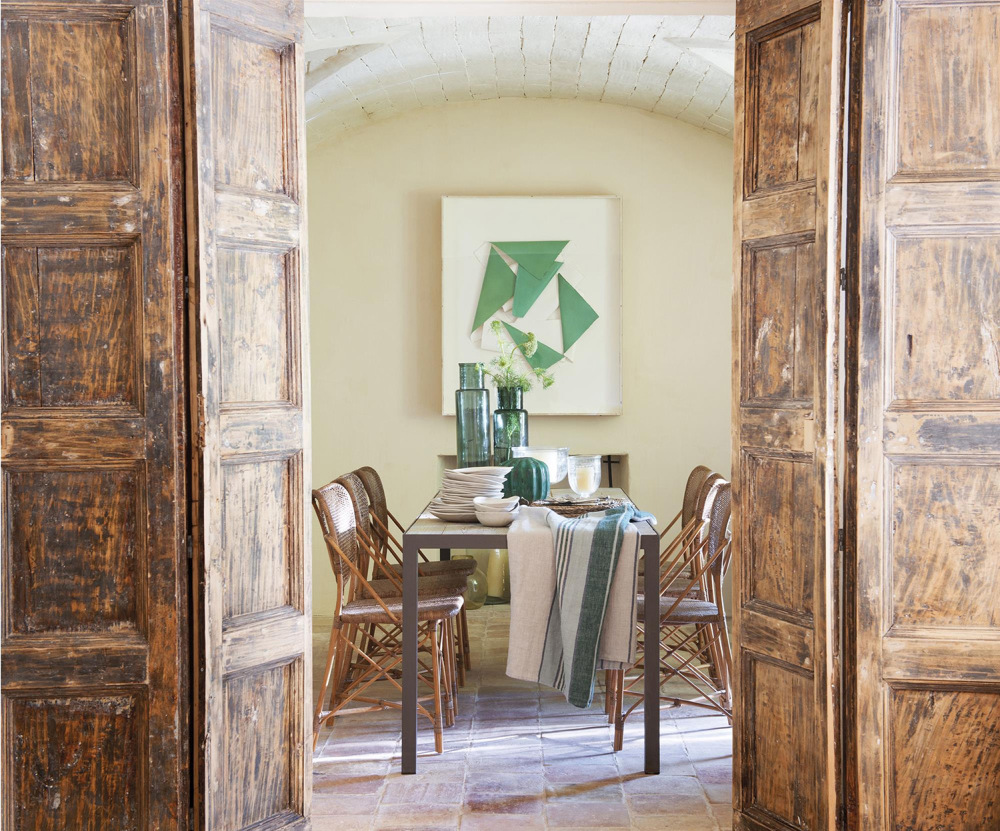 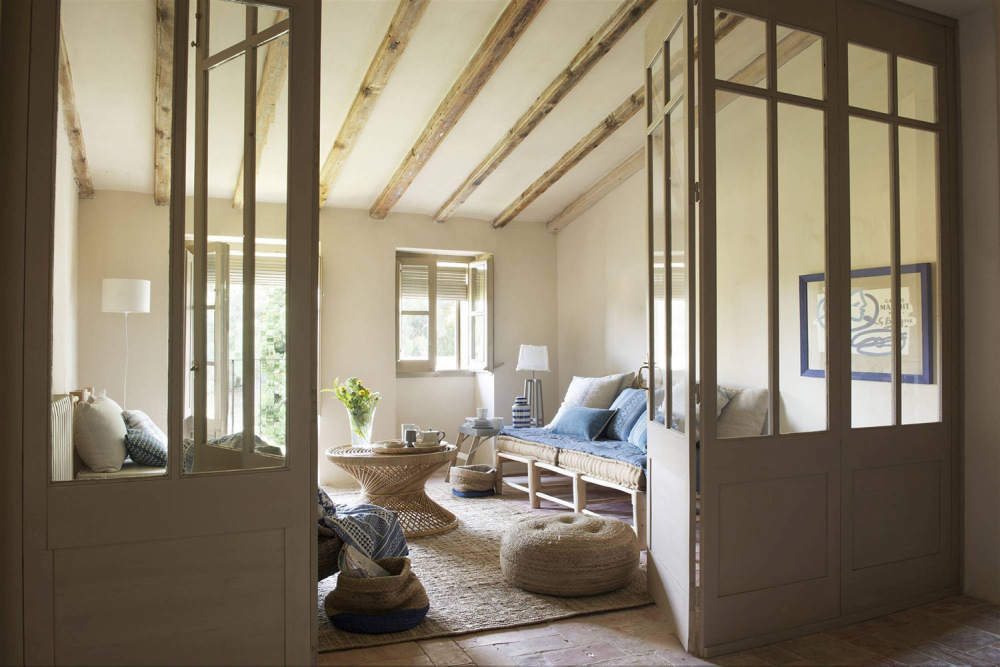 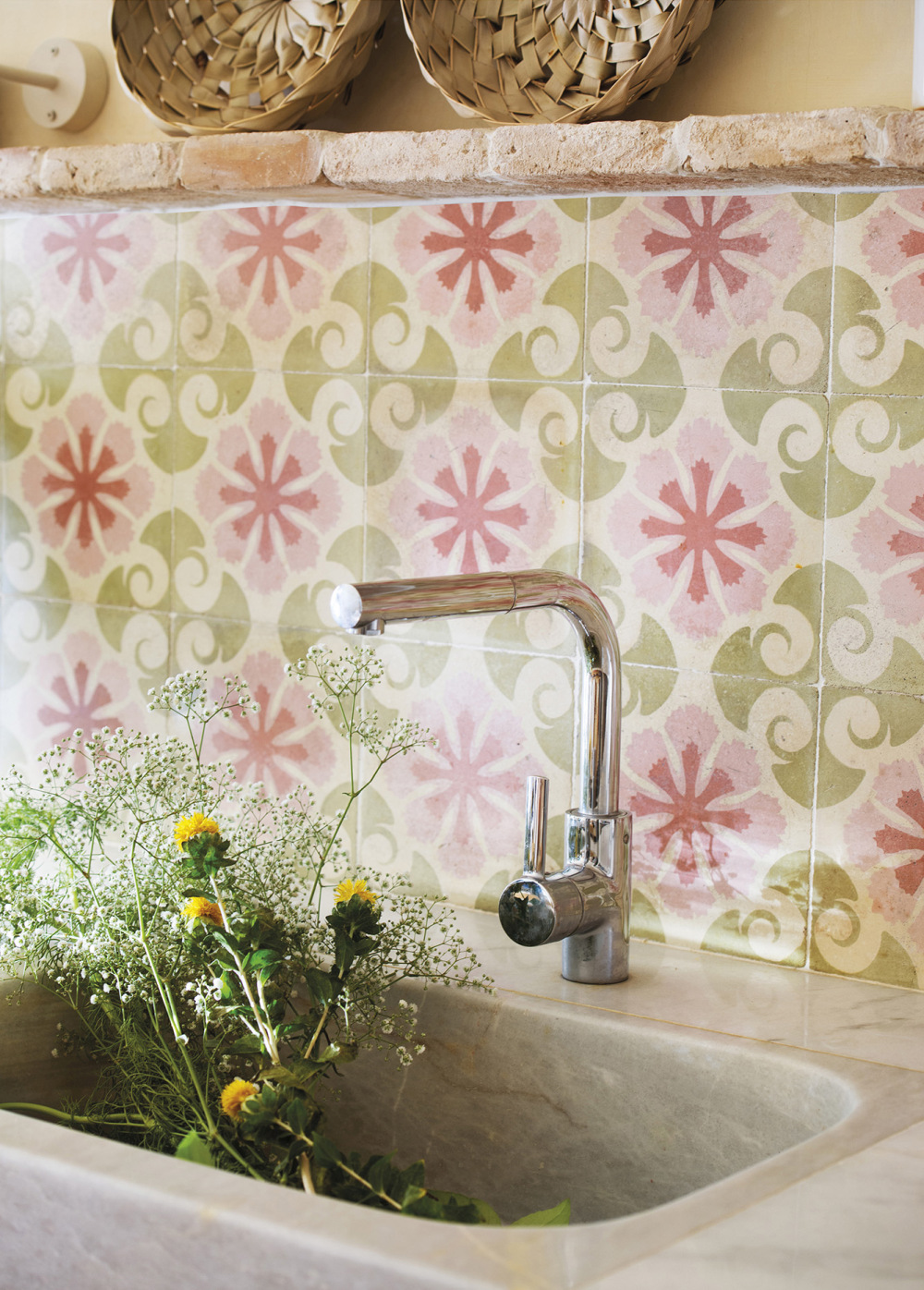 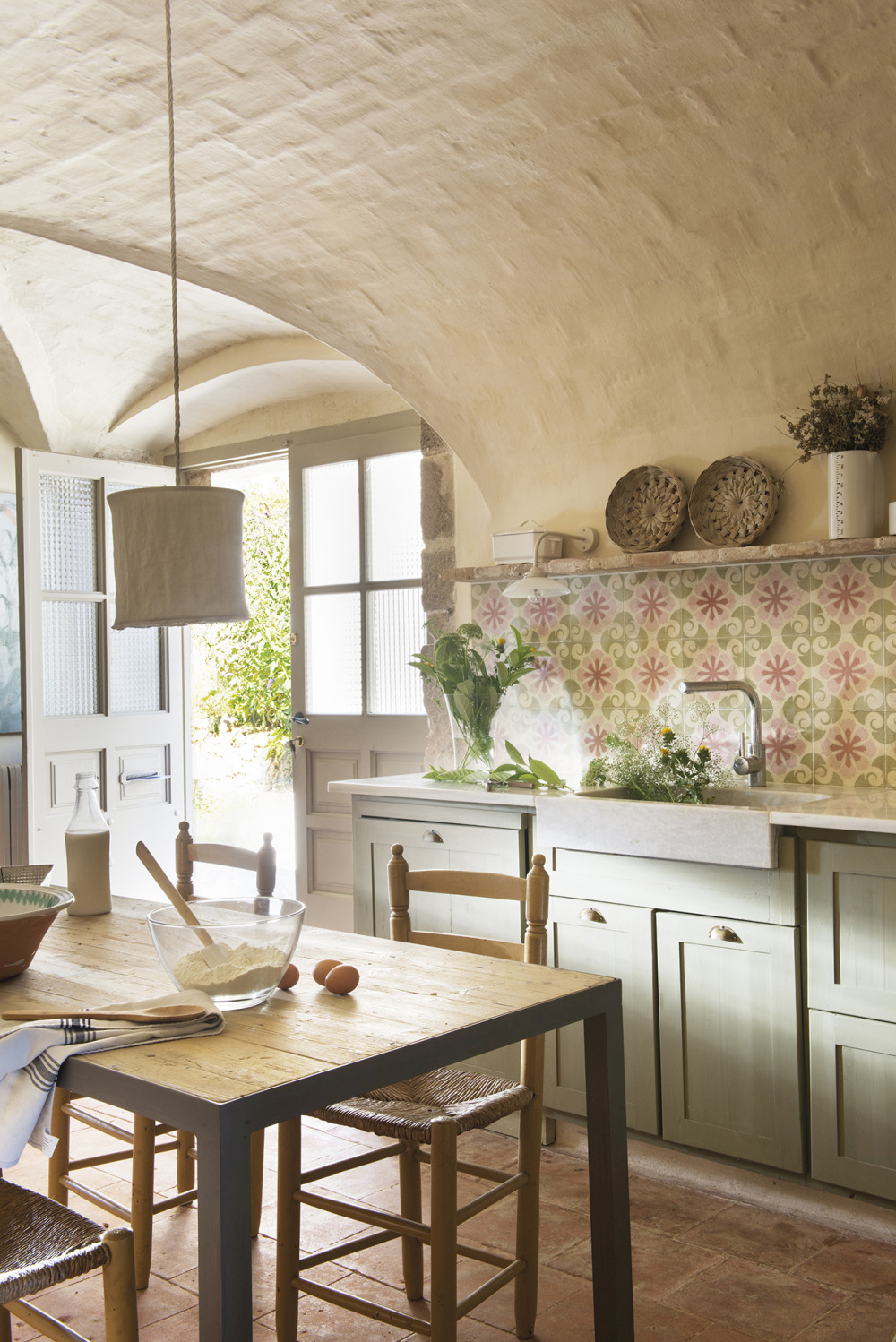 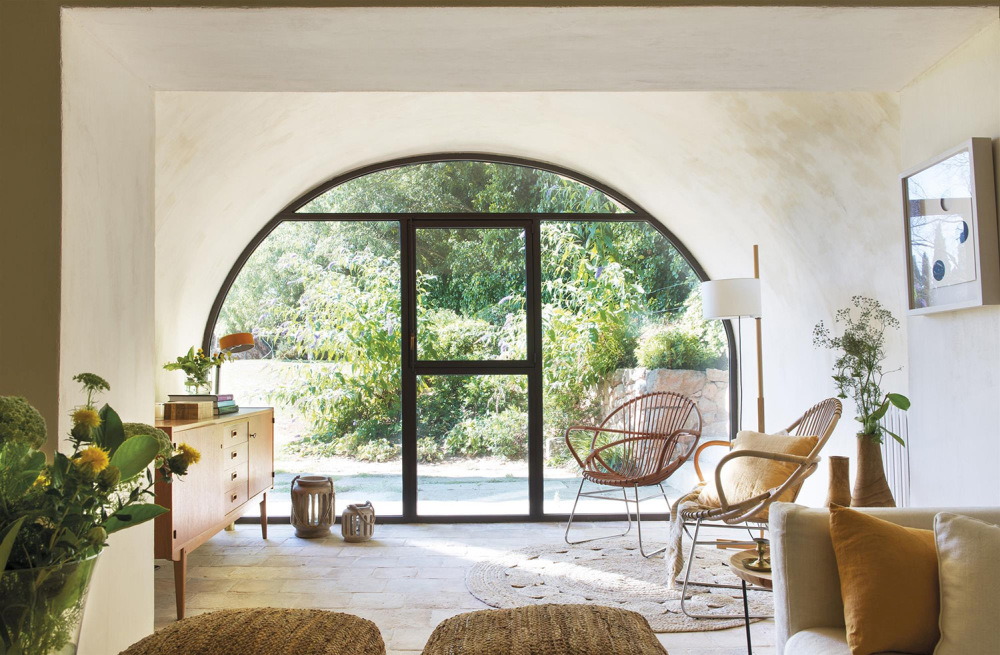 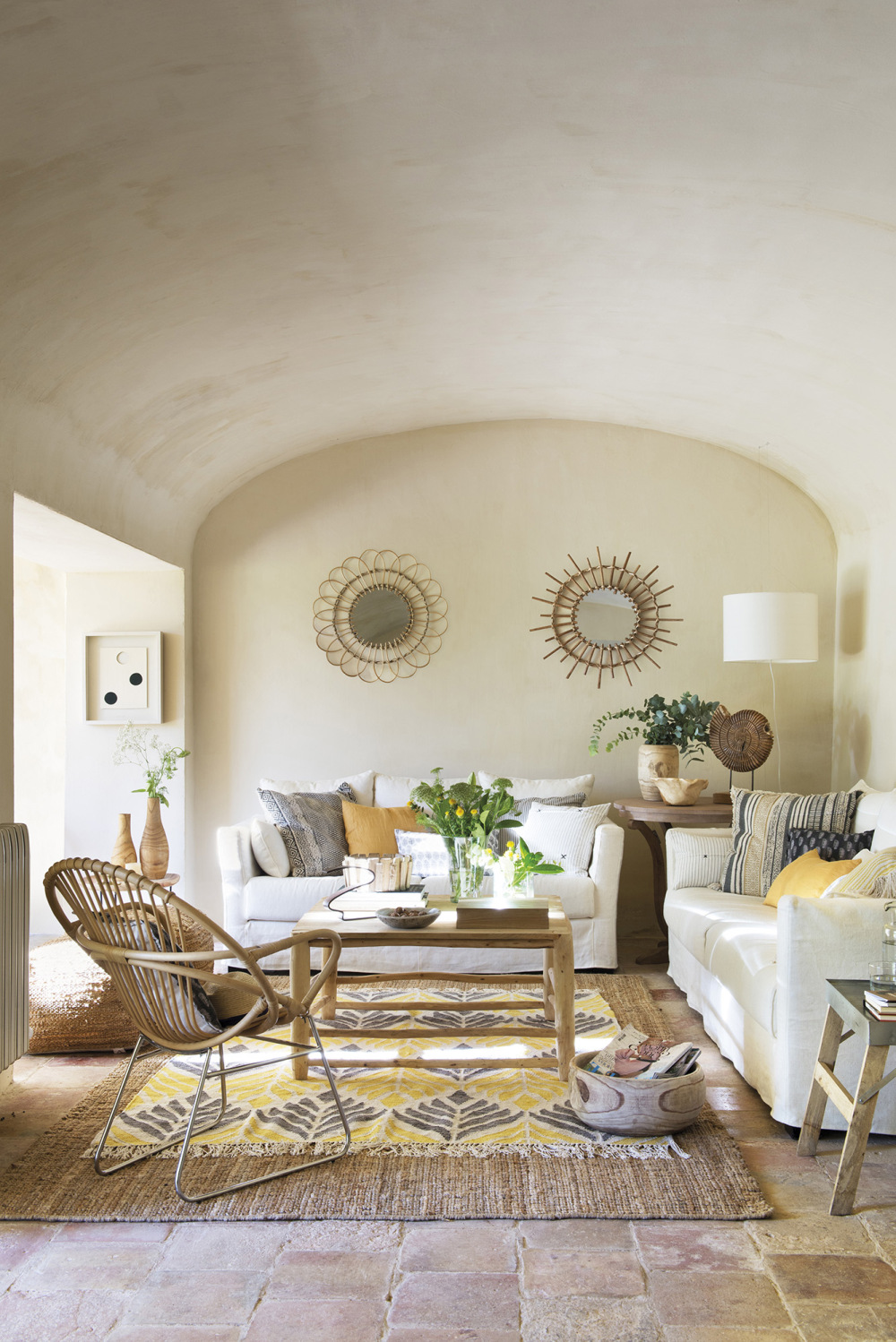 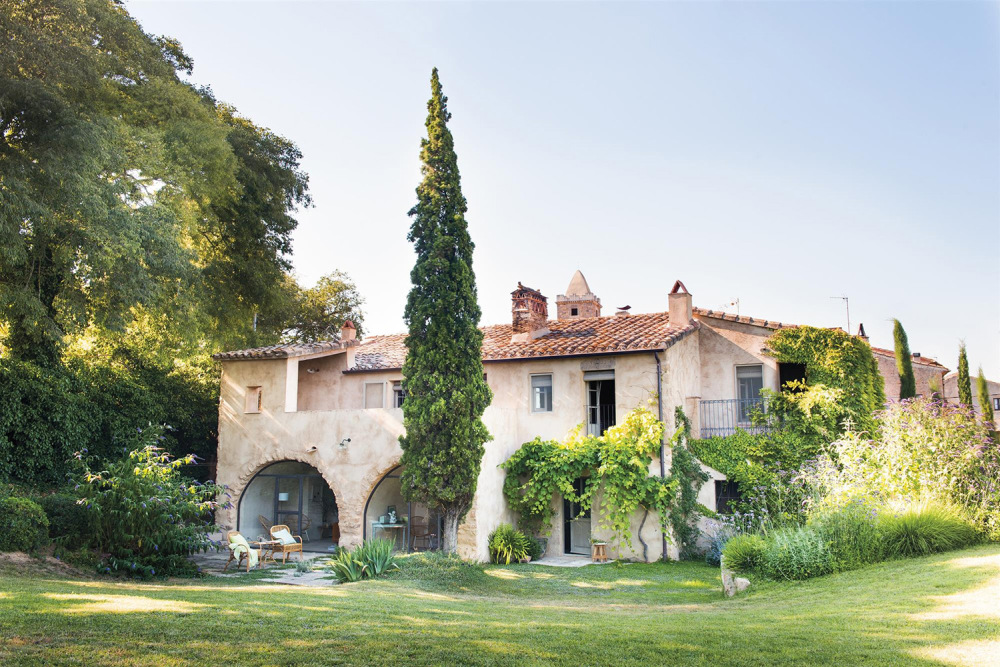 An old town rectory in Catalonia has been completely redesigned and rehabilitated, taking on new life as a private escape. The rustic country house has a soft, serene atmosphere, having gone from a dark, closed-in space to a light-filled sanctuary.

Located in Emporda, a beautiful and historic area of the region, the home was redone by  Catalina Alós.  The Spanish designer focuses on restorations, especially those using traditional techniques — an ideal professional to oversee this unique transformation.

The property owners made the original purchase with the aim of creating a place for the family to gather, but now that they are empty-nesters, it is their own private retreat. The original structure, while very charming, was not in good shape: It was very dark inside, there were various types of damage around the building, the tiles were old and it had a bad popcorn ceiling.

The first order of business was to open up the space and bring in copious amounts of natural light. A number of walls were taken to create more openness in the interior and large arches were turned into dramatic windows with galvanized steel frames.

This not only allowed the interiors to be light-filled, but it also connected the inside with the charming garden in the back. By using French doors instead of solid wood styles, it was possible to brighten things up inside even more, especially in the living room. Where possible, the original doors were used.

With regard to the color palette, Alós opted for a serene, soft palette that includes lots of neutrals and a few soft, sunny touches to keep the mood bright but still tranquil. All of the old plaster was removed and the walls and ceilings repainted.

Some of the most significant changes in the house were made in the kitchen, turning it into a light-filled, cozy and highly functional space. The table and chairs were handcrafted by a local carpenter and add just the right touch of rustic style to the space.

The soft pastels in the pattered tiles are a nod to traditional tilework and help pull together all the natural elements in the kitchen.

Of course, the detail is authentic and natural techniques were used, such as the lime paint on the ceiling.  All the walls are covered in a paint color that is like toasted flour —  earthy and natural. The floors were restored but radiant heating was added to keep everyone warm and comfortable in the chilly seasons.

The owners, as well as the designer, wanted to preserve the history of the property and as many original elements as possible. A good example of this is the dining room fireplace, which was restored and is now the focal point of the room.

It got new life thanks to the overhaul and styling of the decor and art that surround it. Inside, large glass vases with candles fill the space and a striking piece of multimedia art hangs above it.

The bedroom has plentiful storage space and features rustic ceiling beams that preserve the historic feel. Soft pinks add a pop of gentle color without breaking from the overall design scheme of the home.

The bathrooms were redone in a way that highlights all the natural, textural elements, from the beams to the floors to the fabulous rough, curved ceiling in the arched bathroom. Minimalist accessories fit well with the overall design plan in a very coordinated way.

Outside, the feel is as relaxed and rustic as the historic region itself. With the increased connection between the outdoors and the indoors, the design allows for even greater enjoyment of the beautiful back patio and garden, with its native trees and plantings.