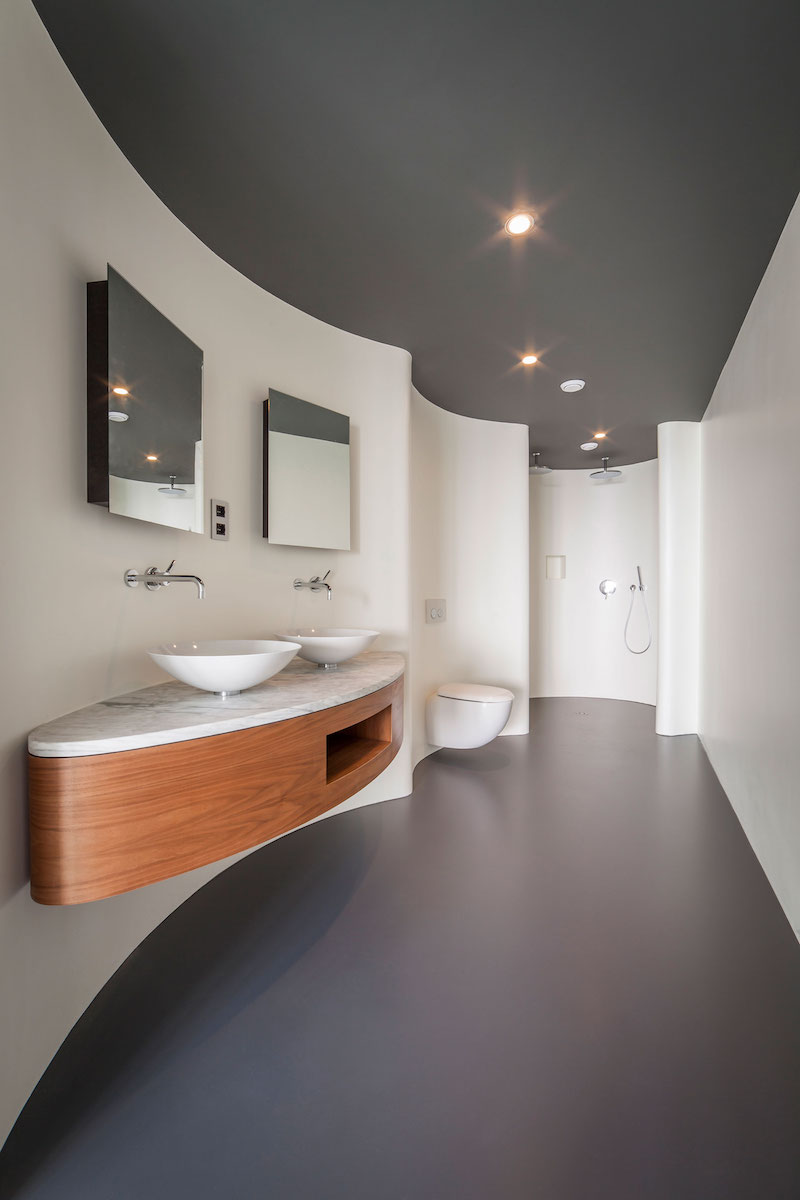 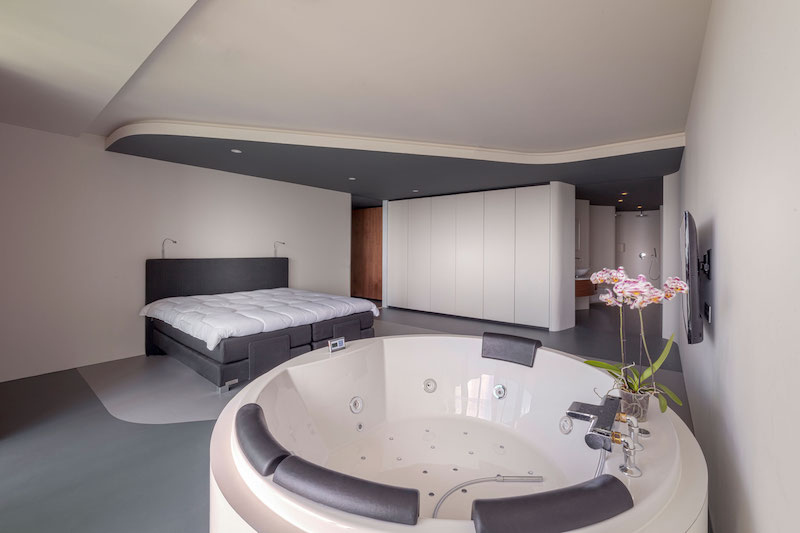 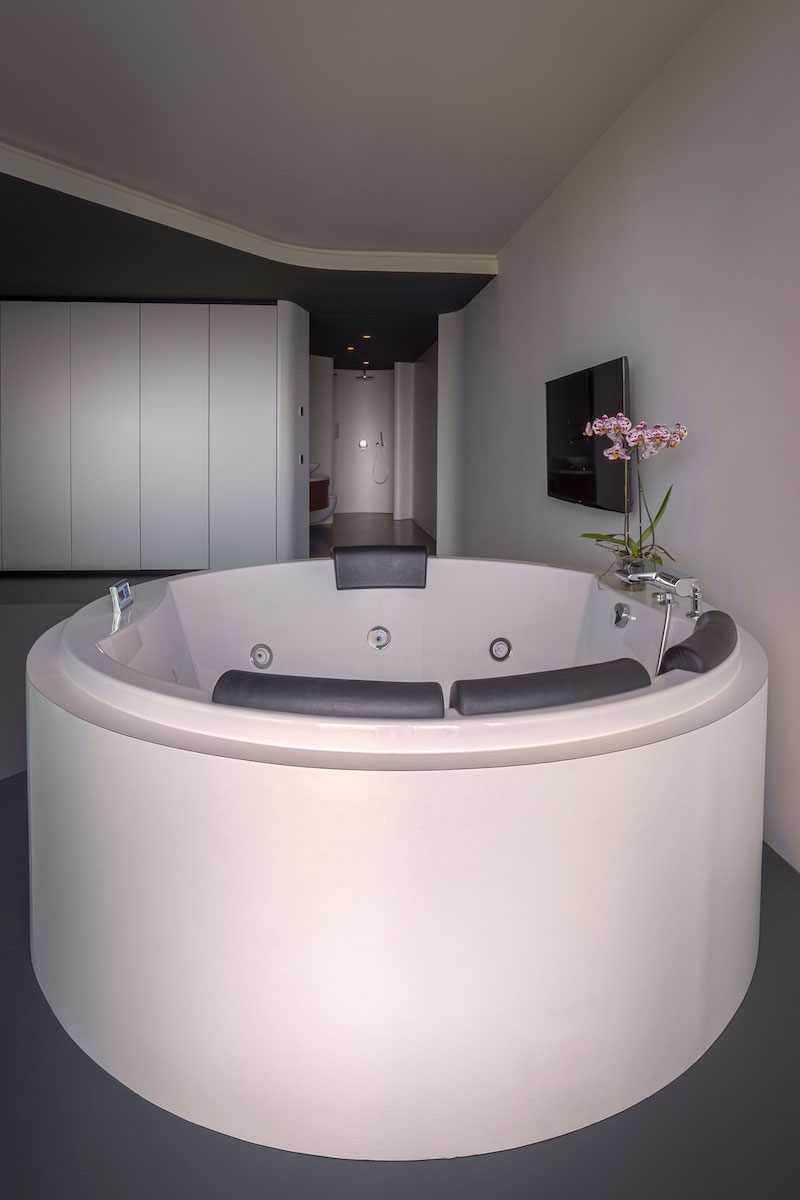 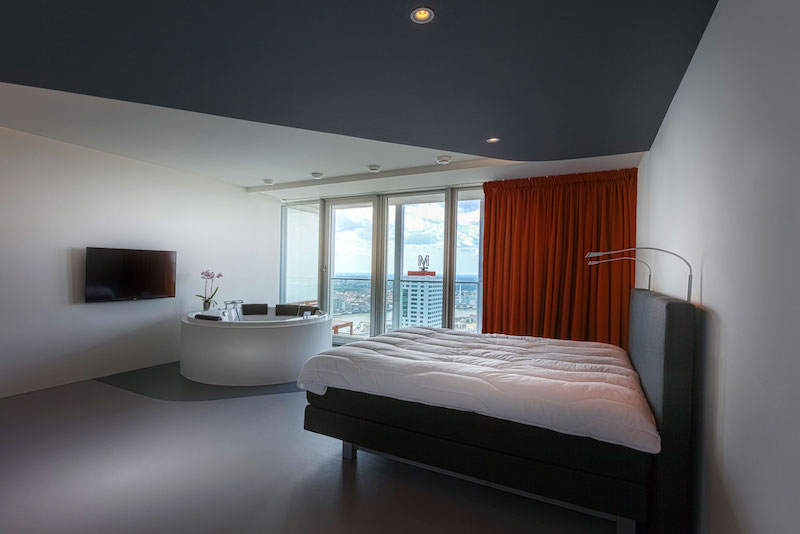 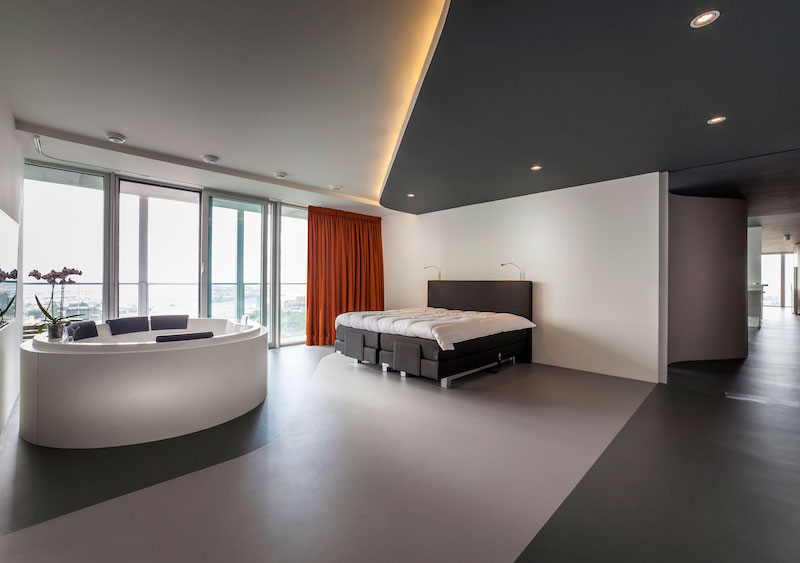 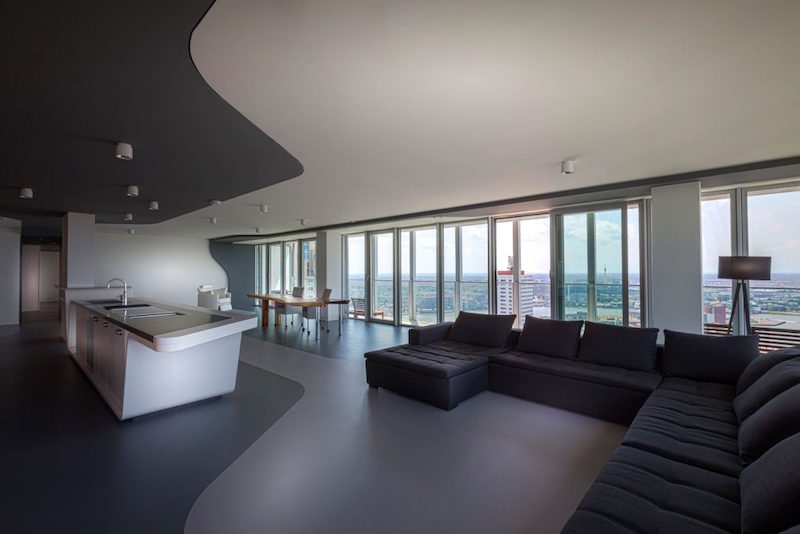 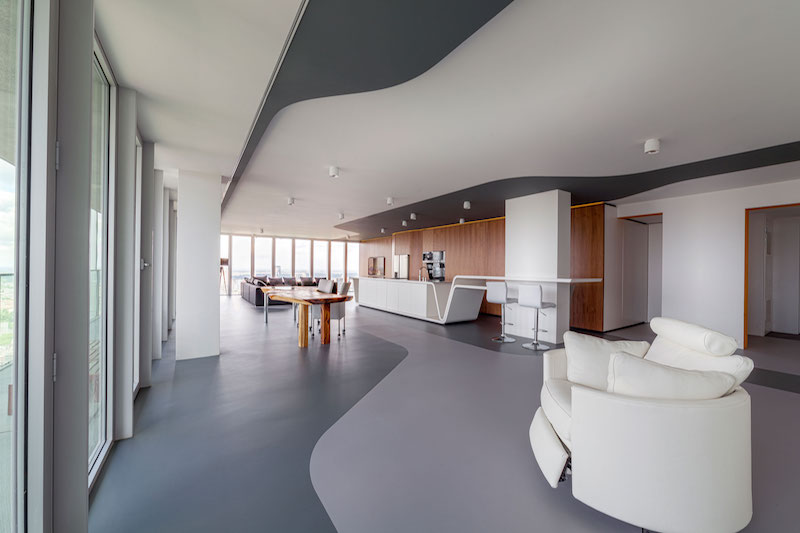 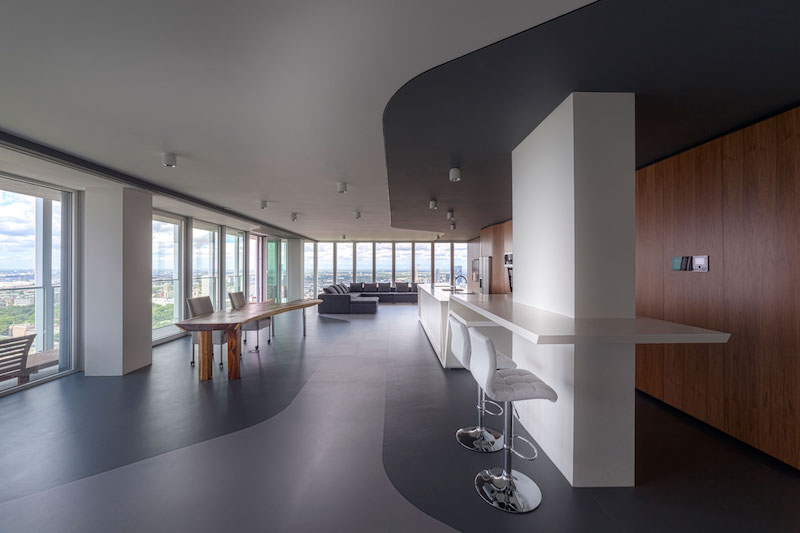 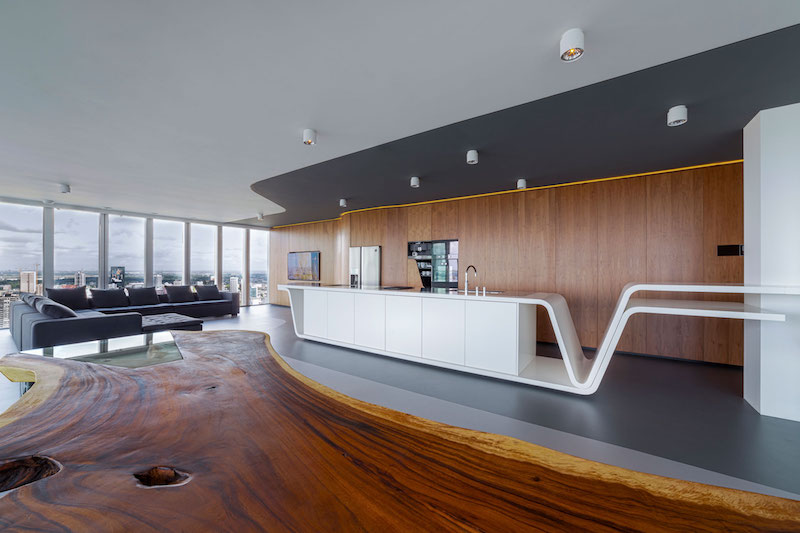 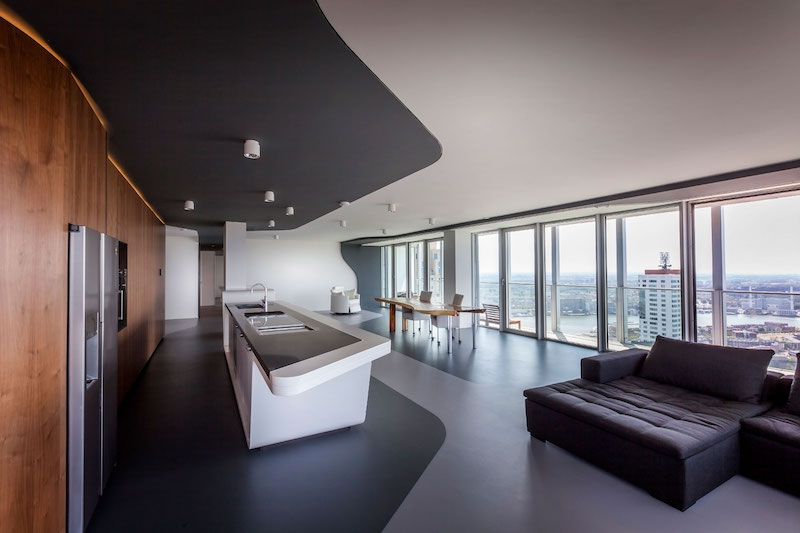 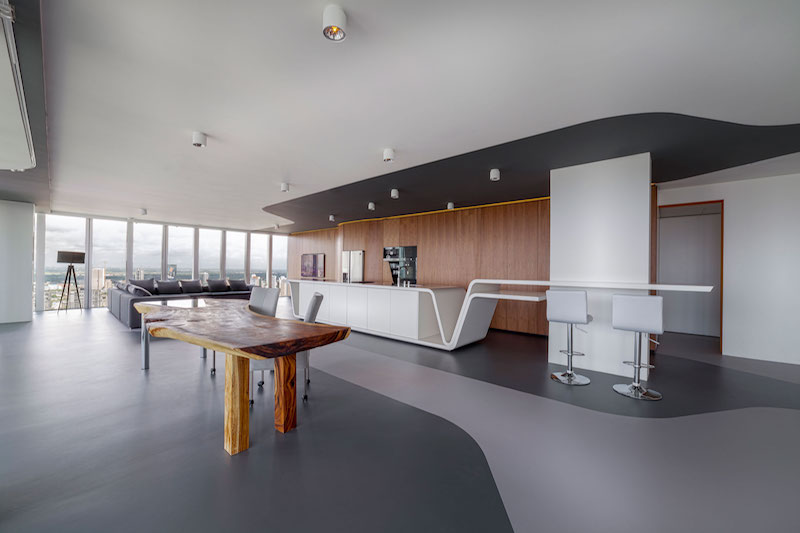 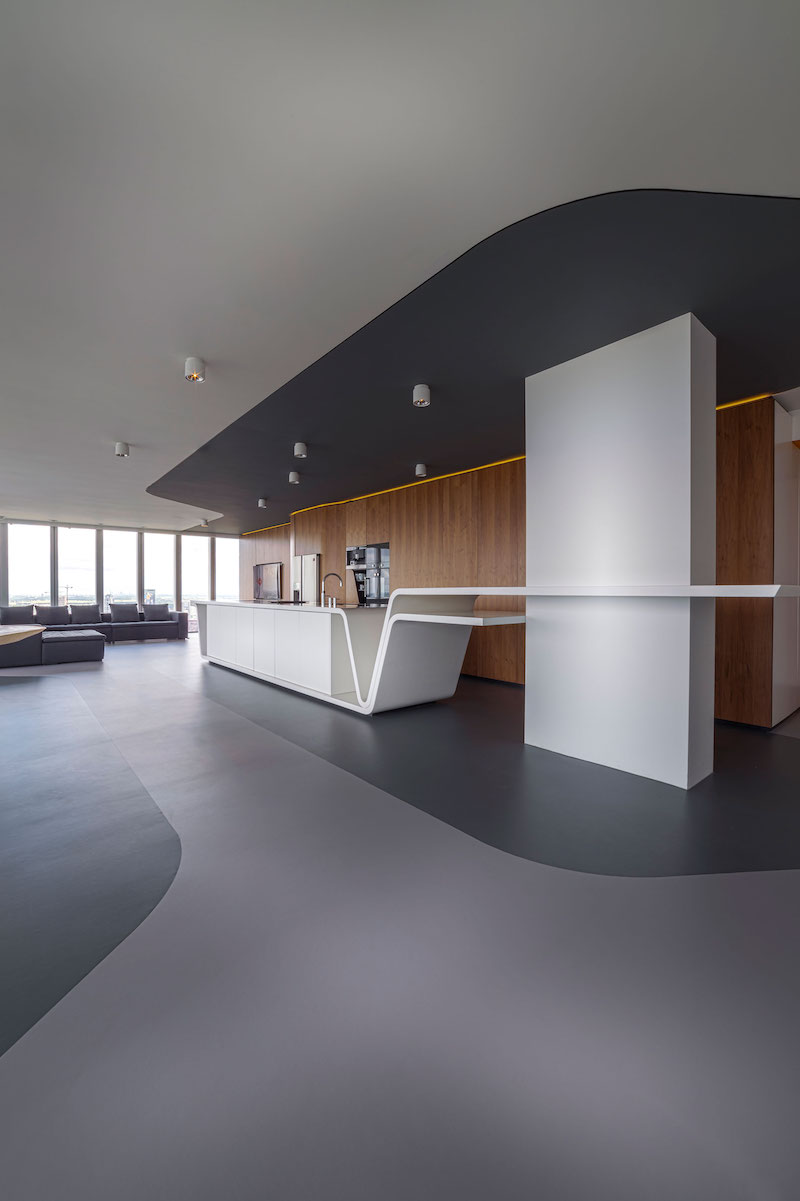 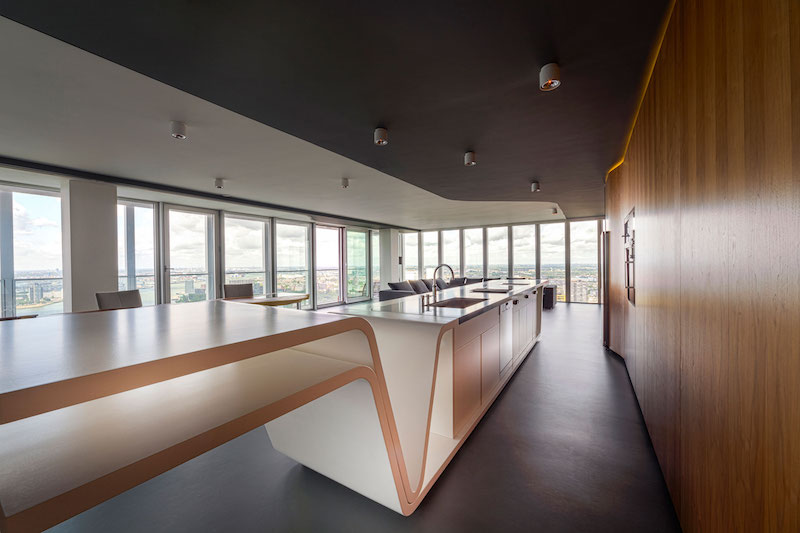 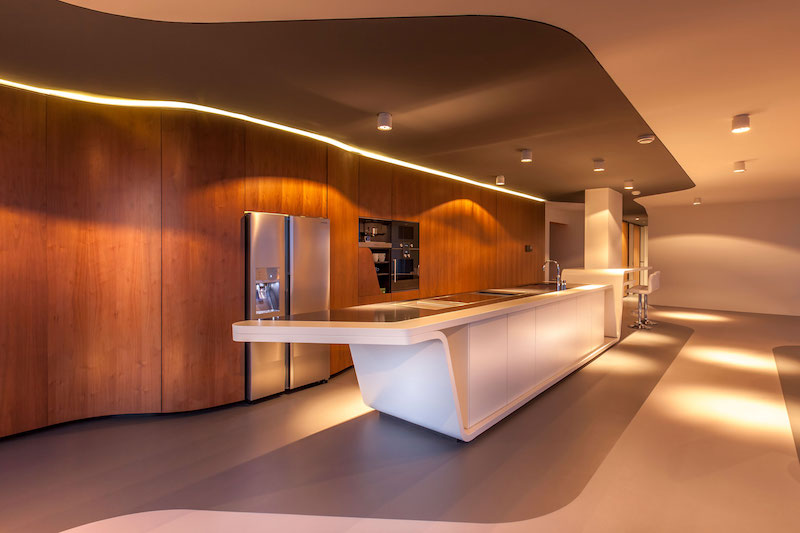 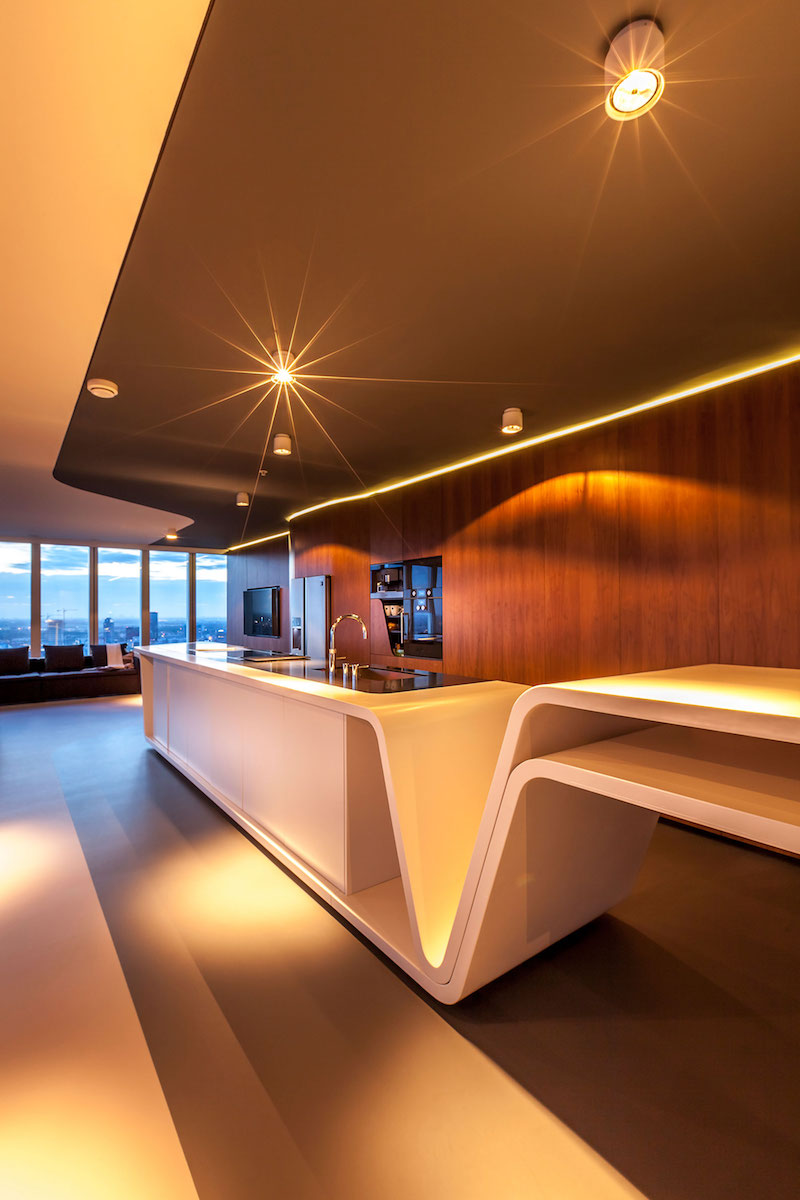 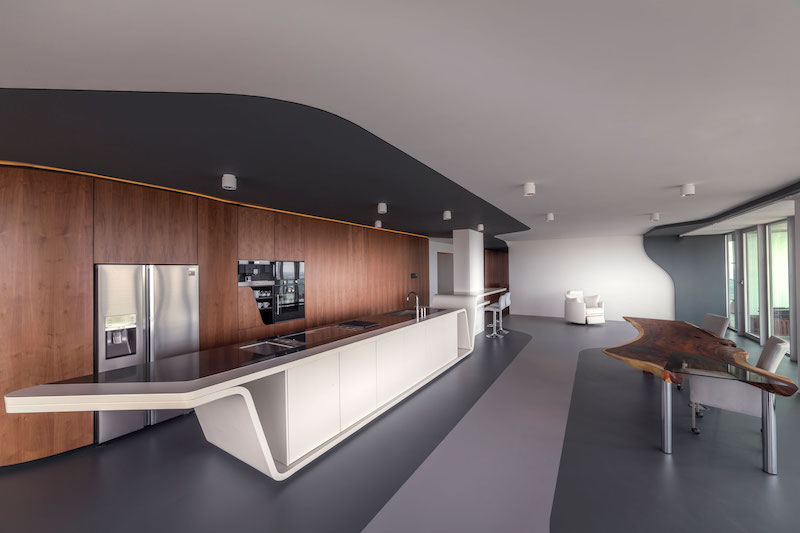 You’d expect grandeur from an apartment situated in the biggest building in The Netherlands and meeting and exceeding such expectations is definitely not easy. Still, we were really impressed when we saw this penthouse. It has a total surface of 250 square meters which is 2690 square feet.

The apartment is situated on the 43rd floor of De Rotterdam in the city with the same name. From up here, at a height of 143 meters, you can see the whole city. The views are amazing, showcasing the landmarks such as the Erasmus Bridge or the Mass River.

The apartment was designed by 123DV, a team of passionate architects that design tailor-made homes and spaces in The Netherlands and abroad. The studio was founded in 1999 by Liong Lie, an architect that embraces design and creativity with all his heart and always looks for new ways to approach life.

To take advantage of those extraordinary views, the designers chose a floor-to-ceiling glass facade. It’s a feature meant to highlight the beautiful cityscape and to use it as inspiration throughout the interior spaces.

Everything about this penthouse apartment is impressive, starting with its size. The living room alone features a 35 meter wide glazed facade with a view of the city. In fact, almost the entire space is a living area.

As far as interior design goes, the inspiration came from the views, more exactly the river flowing through the center of the city. The water became the main element in design, inspiring the fluid and abstract patterns on the floors and ceilings.

Another element inspired by the flow of water is the 20 meter long wall made of walnut wood. This wall adds warmth to the living spaces with its beautiful texture and natural color but its role goes beyond that.

Behind this wall lie features such as the TV, the storage space and the doors leading to the bedrooms. It’s a feature that connects and conceals spaces, bringing together the social and private zones and keeping them separate and with their own individuality.

But the walnut wall is merely a beautiful backdrop for another impressive element: a large kitchen island with seating which extends into a bar. It has a fluid and curvy design with smooth lines and delicate angles. In a way, the island doubles as a large sculpture for the apartment. Similarly beautiful and eye-catching is the live-edge table in the dining area. Both of these furniture pieces have sculptural and eye-catching designs but they reflect that in completely different ways, one showcasing a raw and untarnished beauty and the other a very chiseled and sophisticated look.

The large dimensions of this apartment were possible because it’s actually the result of a combination between two different spaces. Originally, these were two separate apartments. One of them now houses the large living space while the other contains three bedrooms and two bathrooms.

As impressive as the living space may be both in size and décor, the private zone is no less wonderful. The master bedroom is quite stunning, being very large and featuring a round Jacuzzi tub by the windows.

The fluid patterned that we’ve seen on the floor and ceiling of the living area are repeated here as well, creating a separation between the sleeping area and the rest of the floor plan. The bedroom also opens onto a terrace from where the whole city can be admired.

The bathroom doesn’t disappoint either, featuring beautiful walls that fold like paper forming gentle curves and slopes. A wall-mounted double vanity maintains the feeling of openness, the same as the wall-mounted toilet and the two square mirrors which add an unexpected geometric touch to the décor.