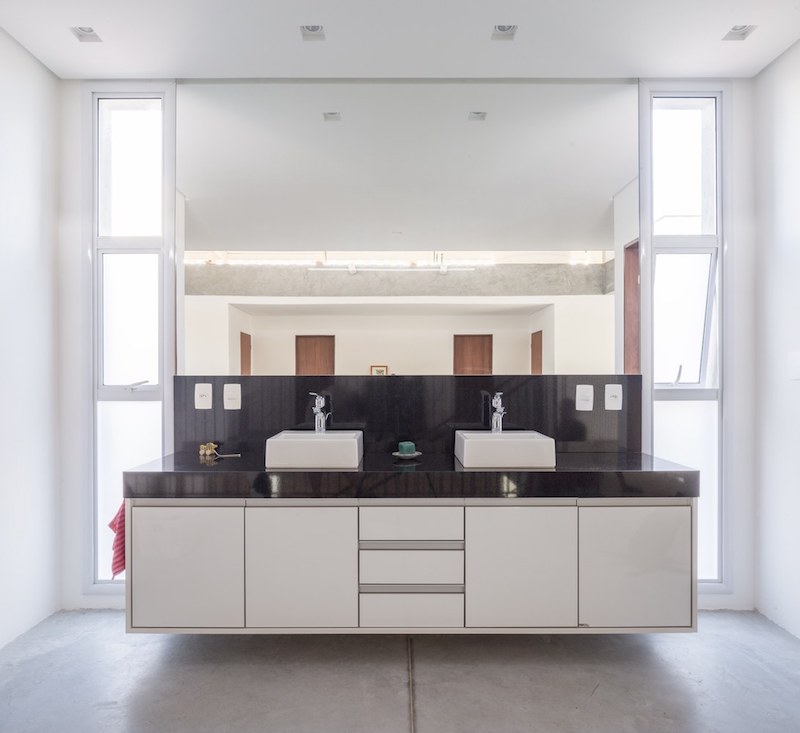 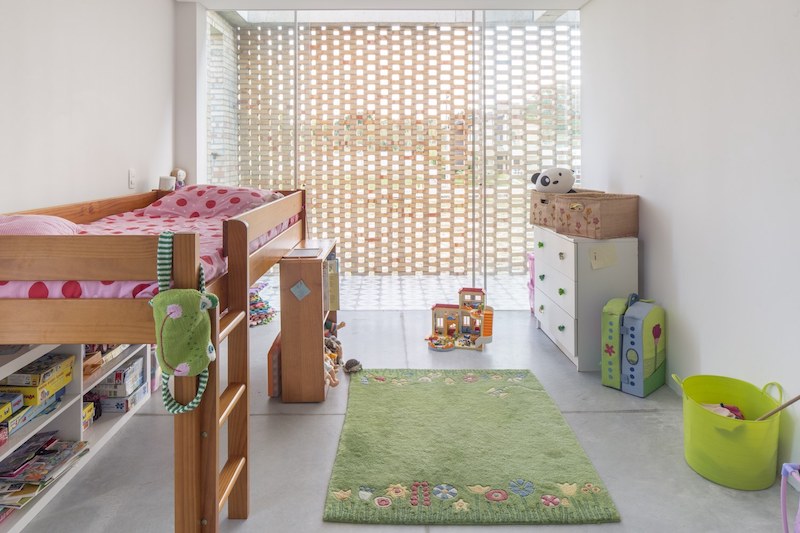 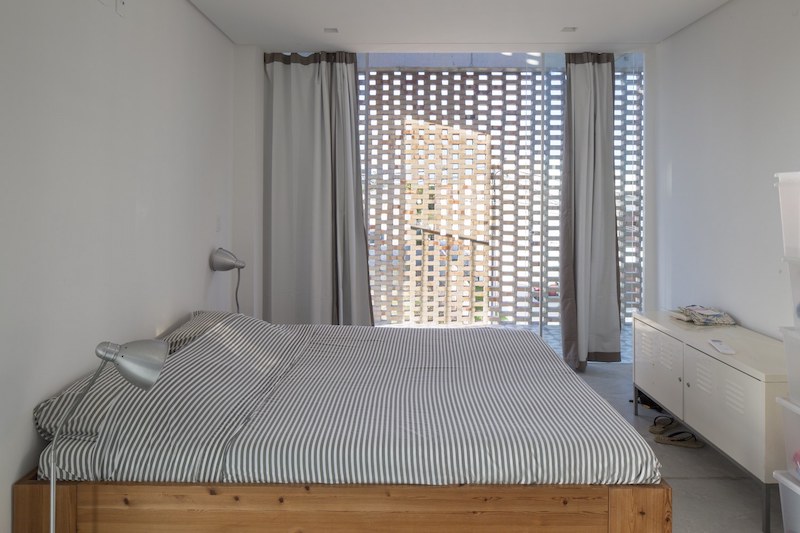 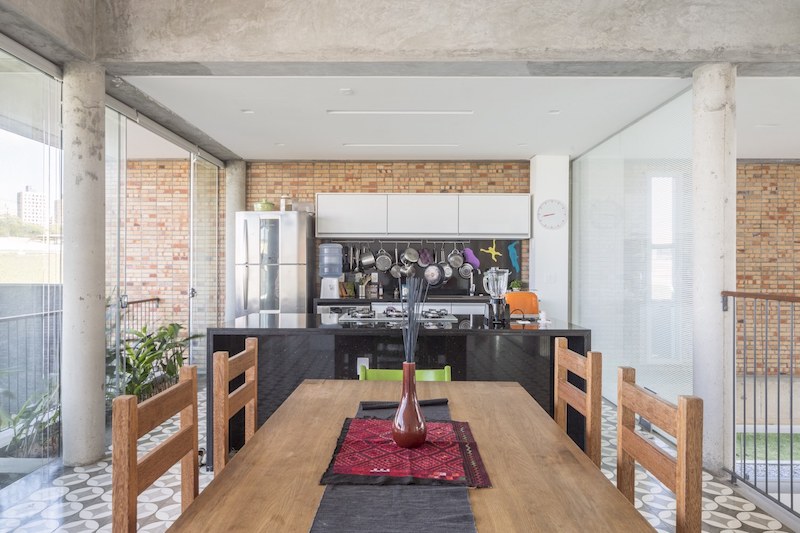 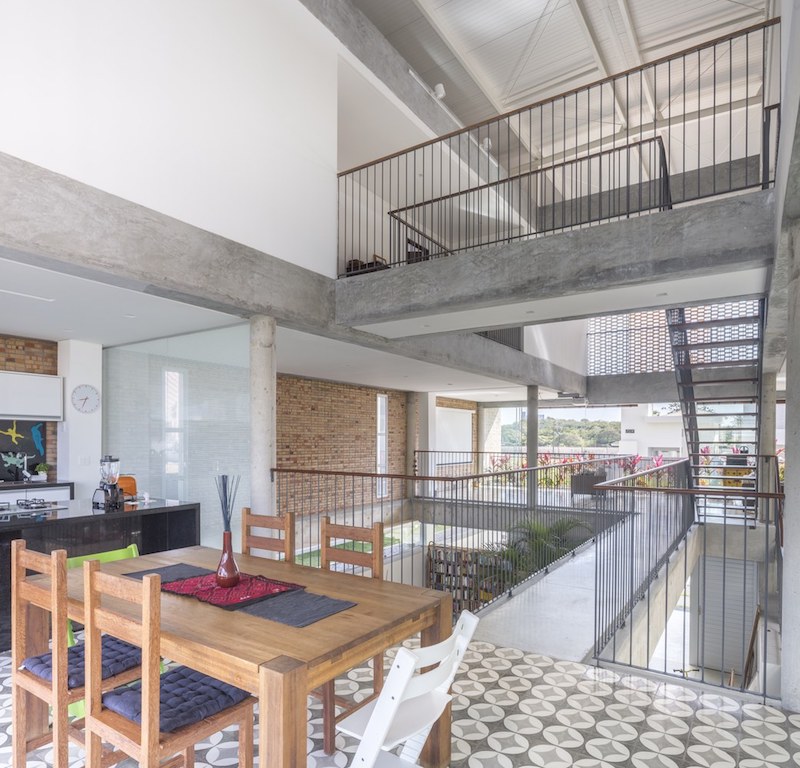 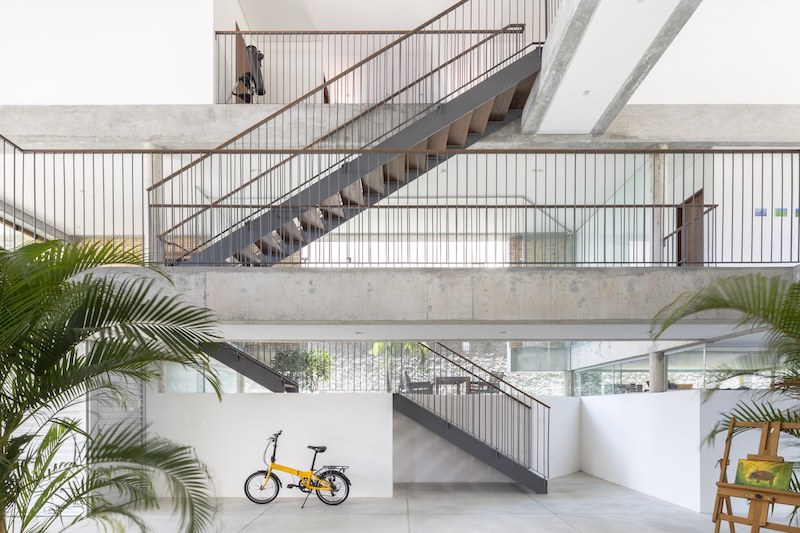 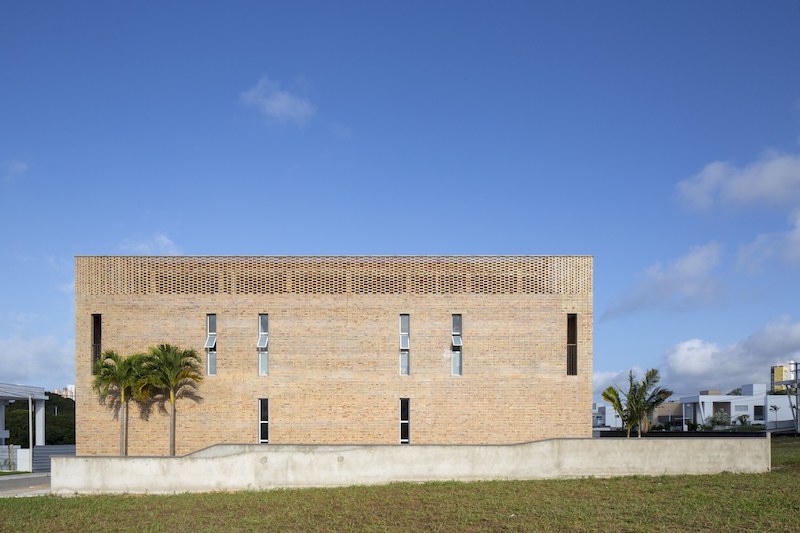 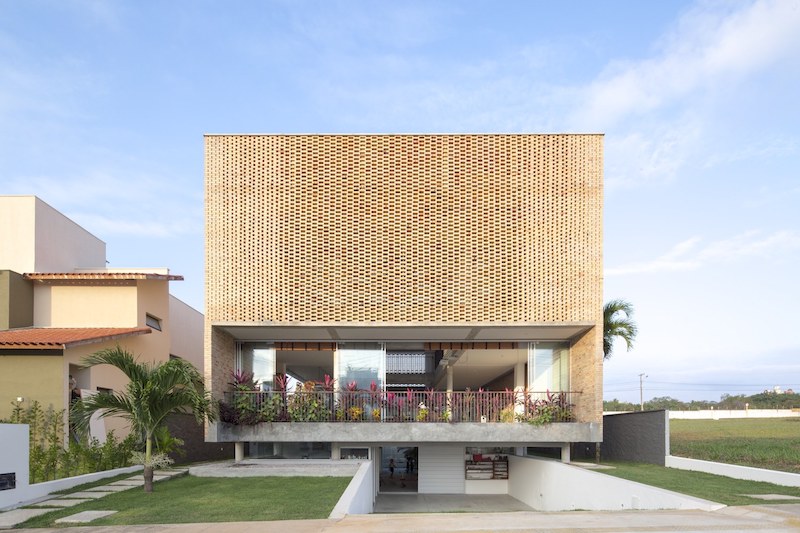 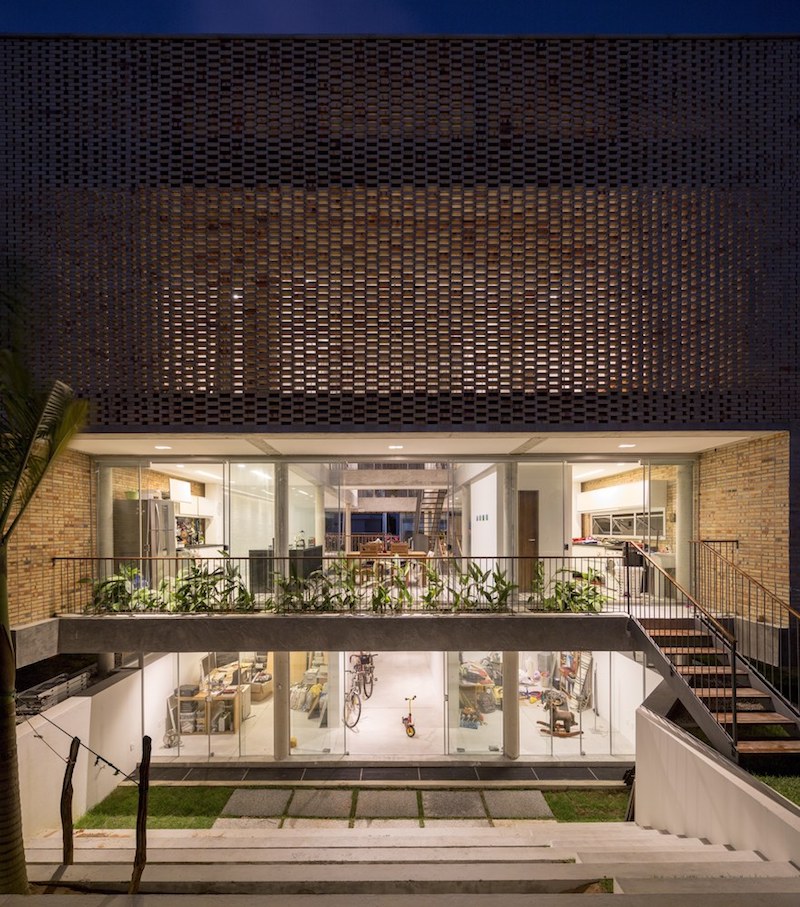 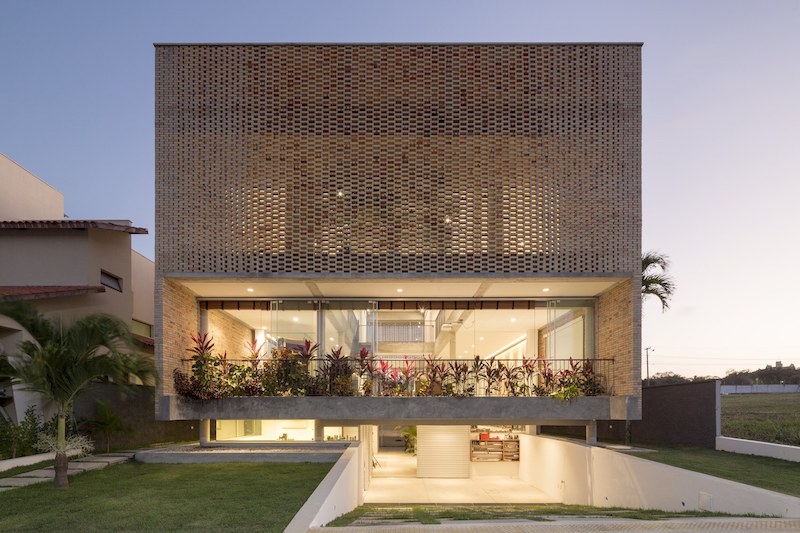 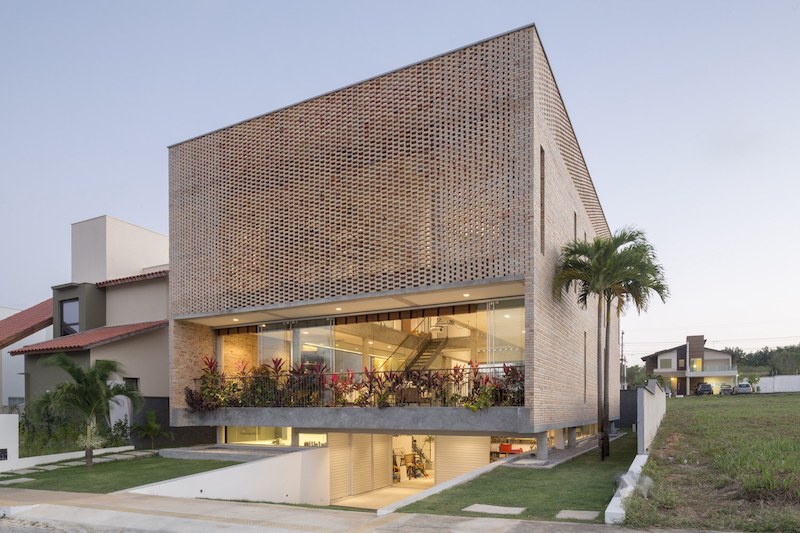 Designing a house that’s both closed out and at the same time open to its surroundings is not easy but Arquitetos Associados did it. They created the KS Residence, a family home located in Natal, Brazil. It has a total living area of 410 square meters disposed on three levels and it was completed in 2016.

The main reason why we mentioned this dichotomy is because of the way the facade of the house was designed. The house is wrapped in facade made of bricks, arranged in a pattern that forms small openings that reveal a repetitive pattern. The perforated facade is crucial to the design of the house and its duality.

The numerous small openings in the perforated brick facade allows light to enter the interior spaces while also ensuring efficient natural ventilation throughout the floor plans. There’s also another detail that makes the design of this house special. Rather than simply stacking the three levels of the residence, the architects mixed it up a little bit and gave them various different heights and layouts.

The lowest level is semi-buried into the ground. It houses the garage as well as some workspaces. It’s not completely cut off from the views and the natural light, featuring narrow clerestory windows that bring in light and don’t allow these volumes to be dark and basement-like.

The ground floor is a semi-elevated level. It’s not at ground level but slightly above it. This is where the social and living areas are situated. They’re designed as large and open spaces organized around a central void that contains the circulation area that links all three floors.

The upper level is a private zone. This is where the bedrooms are situated. They too are framed by the perforated brick facade which, on one hand, gives a sense of intimacy and coziness and, on the other hand, opens up the spaces to their surroundings in a unique and spectacular way.