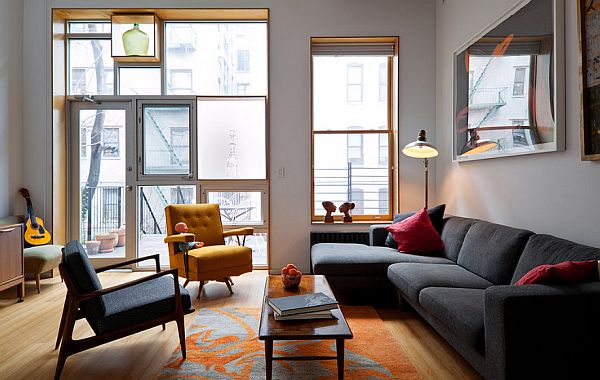 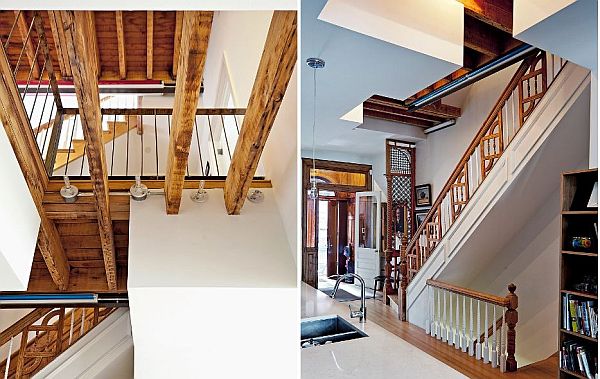 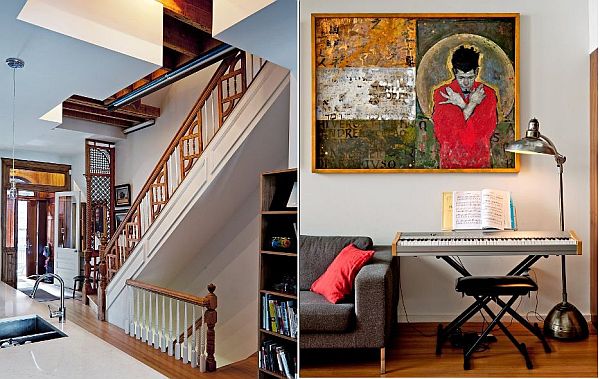 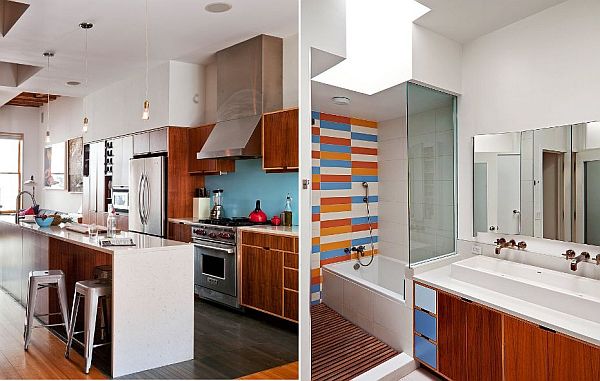 Sometimes, even though we have a lovely home, we feel like something is missing. It’s either because we need more space or because we just don’t feel connected to the family. Both cases have a single solution: renovation. This house for example is located in Harlem. Its owners are an artistic couple with two young children. One day they decided they wanted a courtyard and they created one inside the house.

It was an unusual decision but they owners had several good reasons for doing that. They wanted this to keep the family connected. By removing parts of the floor and ceiling they created an opening that allows light, sound and smells to travel up and down the three floors.

The couple used to live in Mexico and there all the houses they lived in had internal courtyards. They really missed that when they moved to Harlem. Since they couldn’t create a courtyard outside because of lack of space, they decided to include one inside the house. The idea sounded radical and some of their friends said it was going to be crazy in the house with all the yelling and the noise that the kids usually make. However, those people couldn’t see the positive part of this project.

By creating these openings, sound travels both up and down. It’s true that kids make a lot of noise that can be heard all over the house but it’s also a great way of keeping an eye on the kids even when you’re not actually seeing them. There won’t be a lot of privacy when the kids grow older and this might be a big problem. Until then. It’s like the house babysits for you.{found on nytimes}.