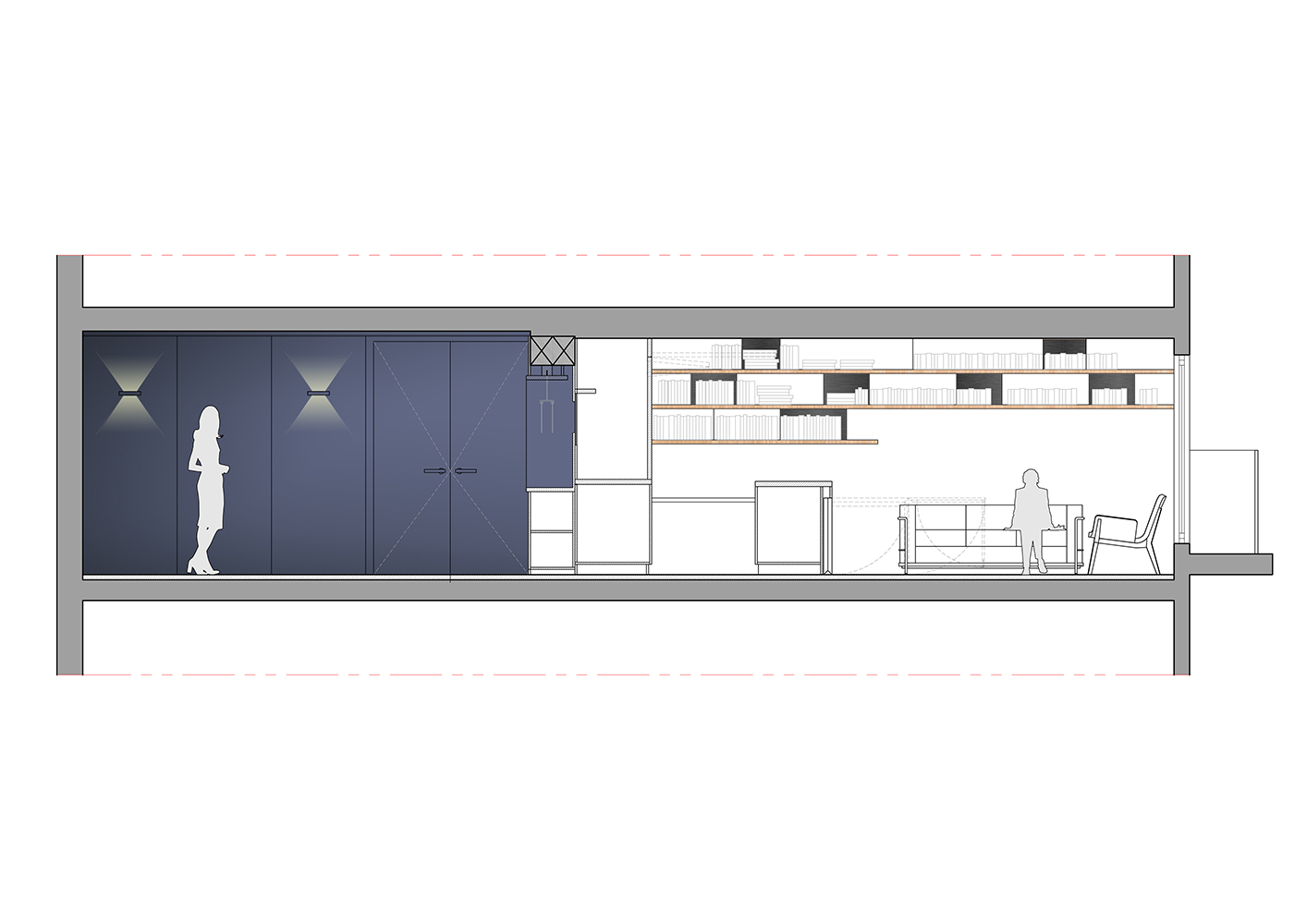 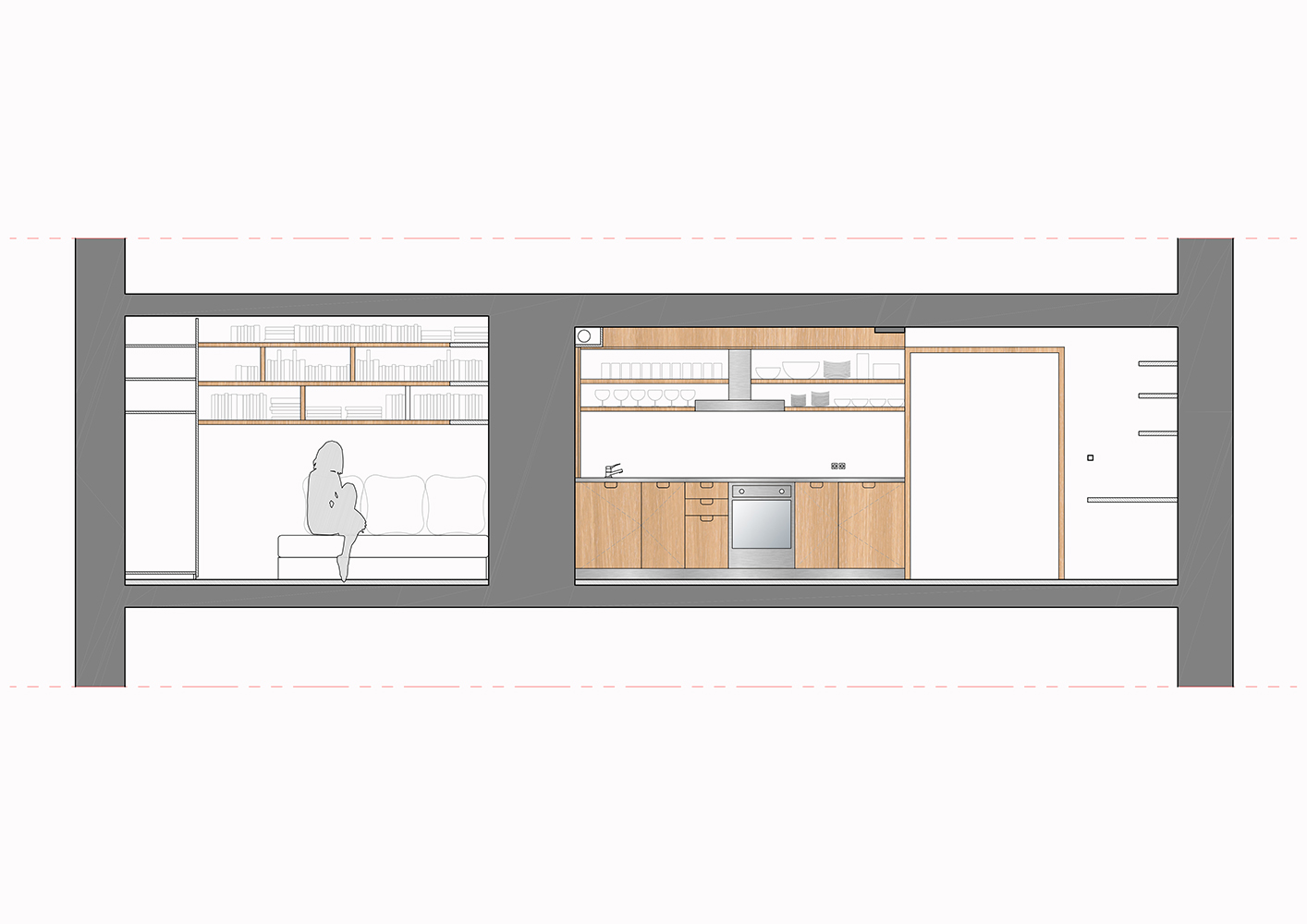 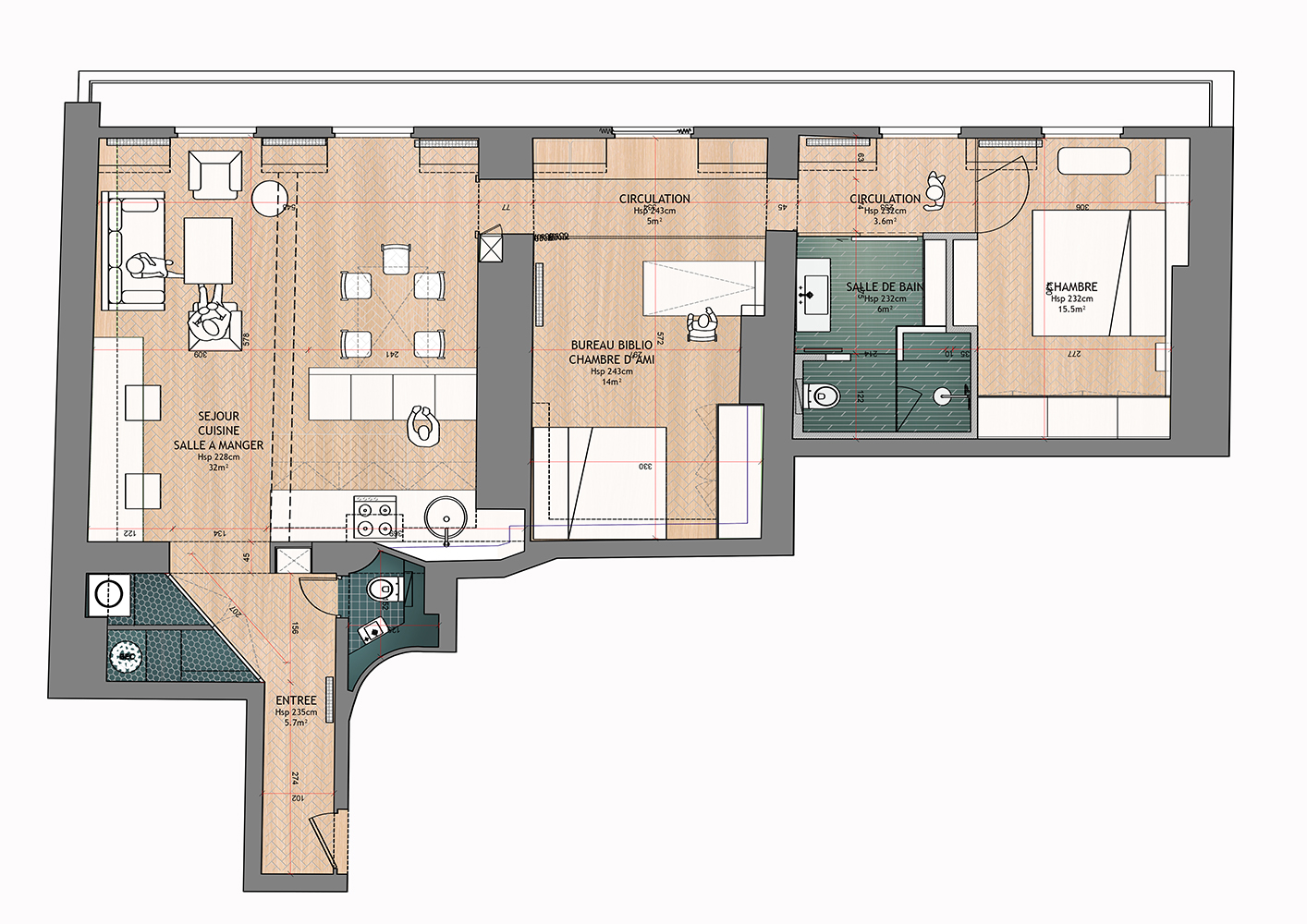 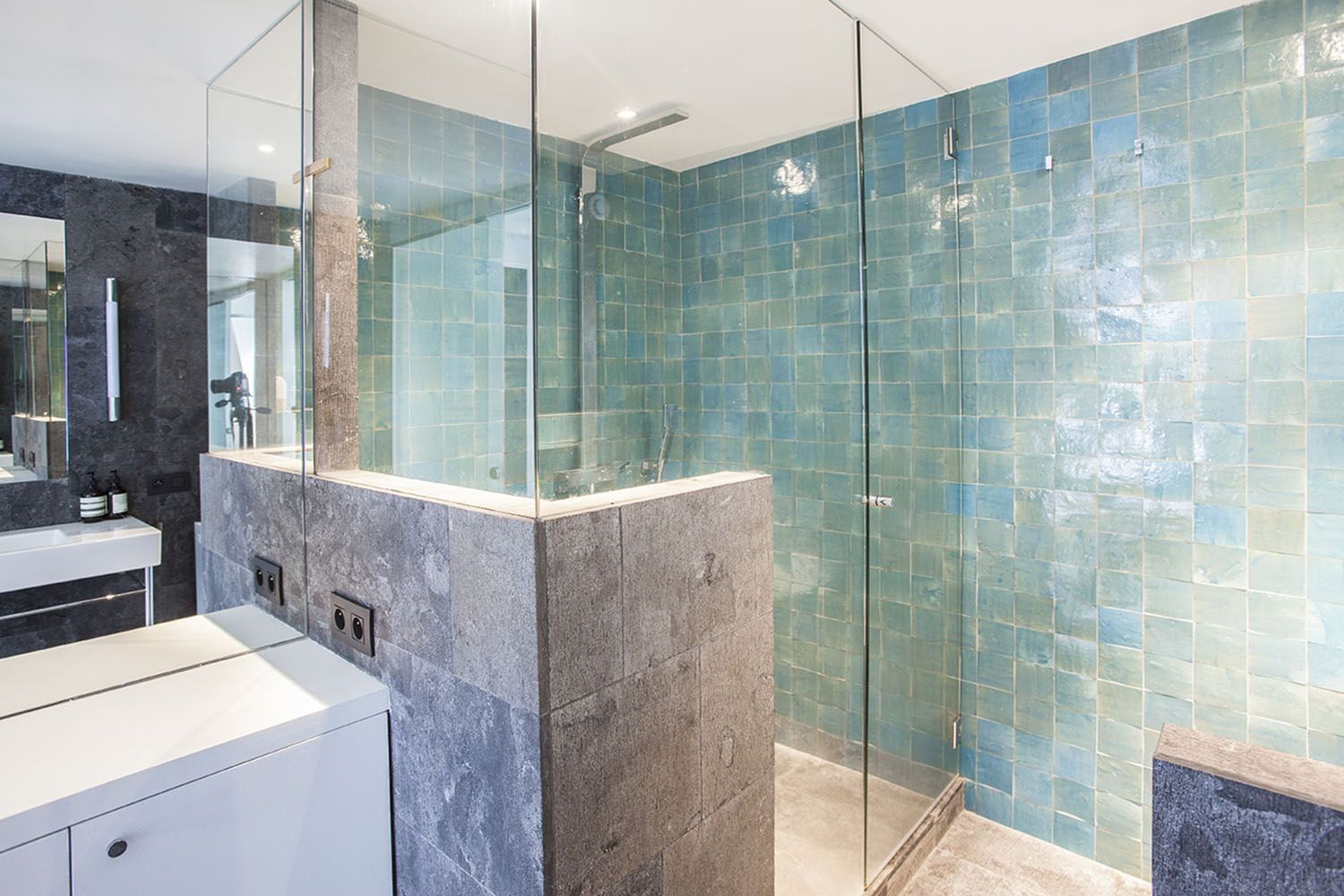 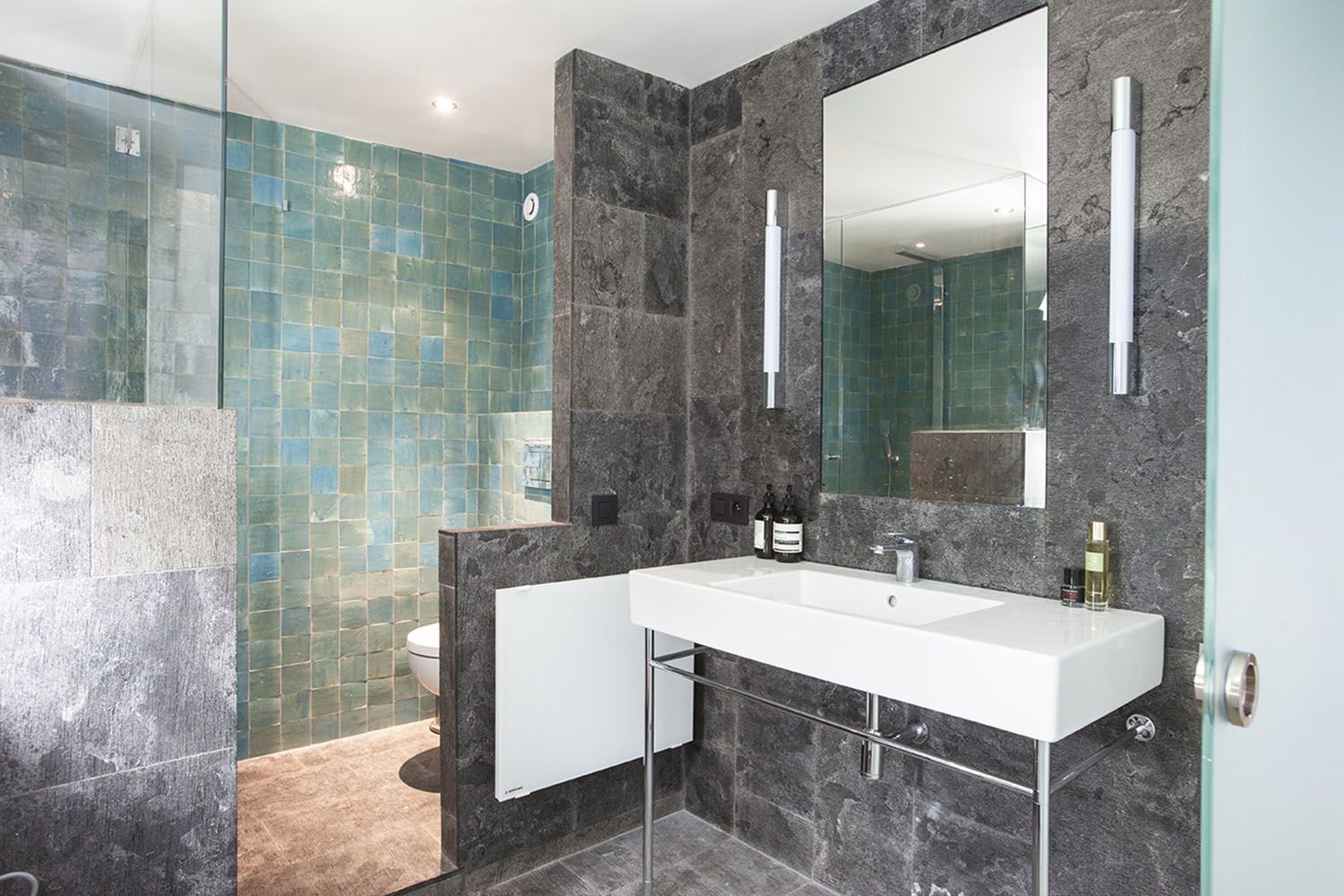 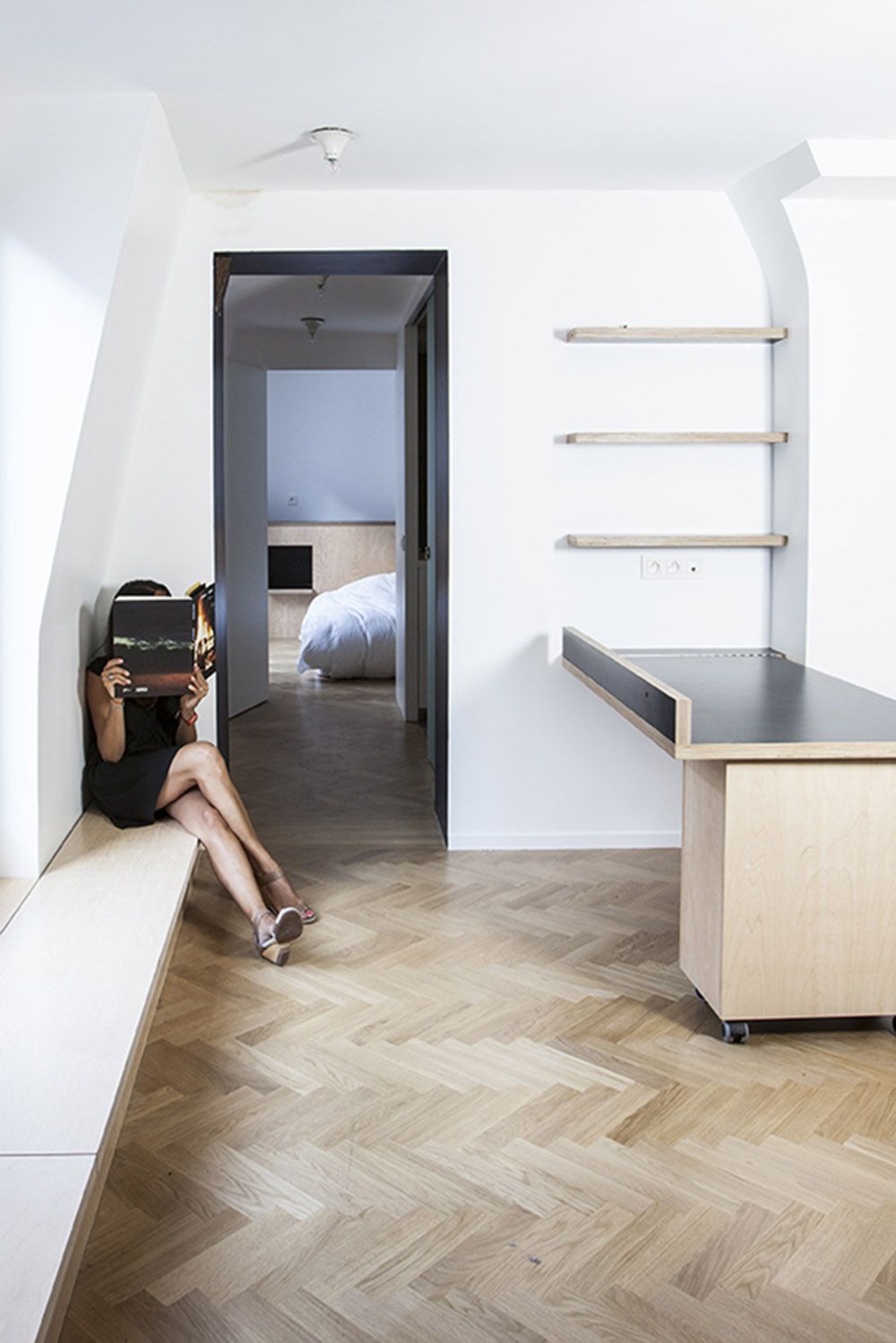 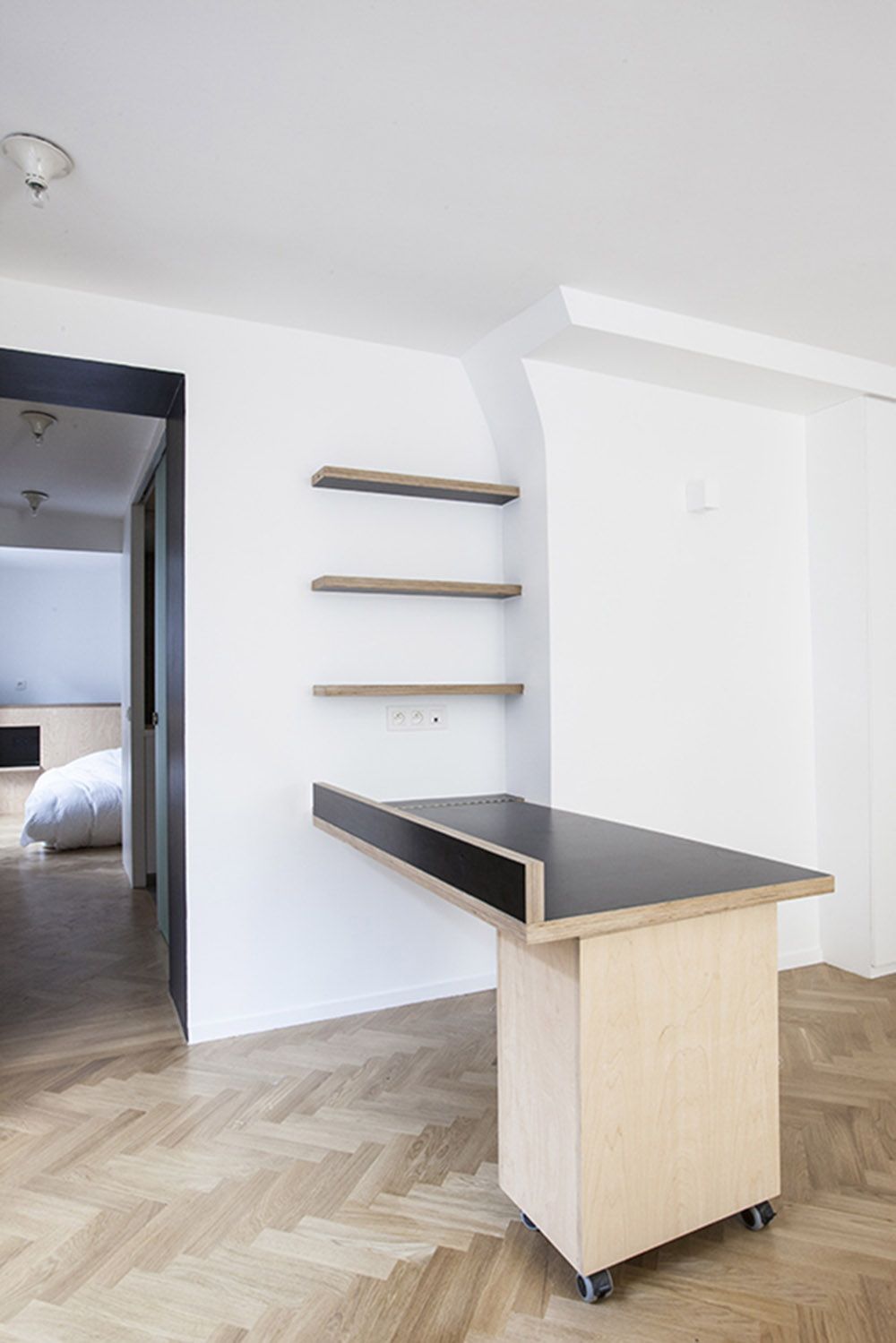 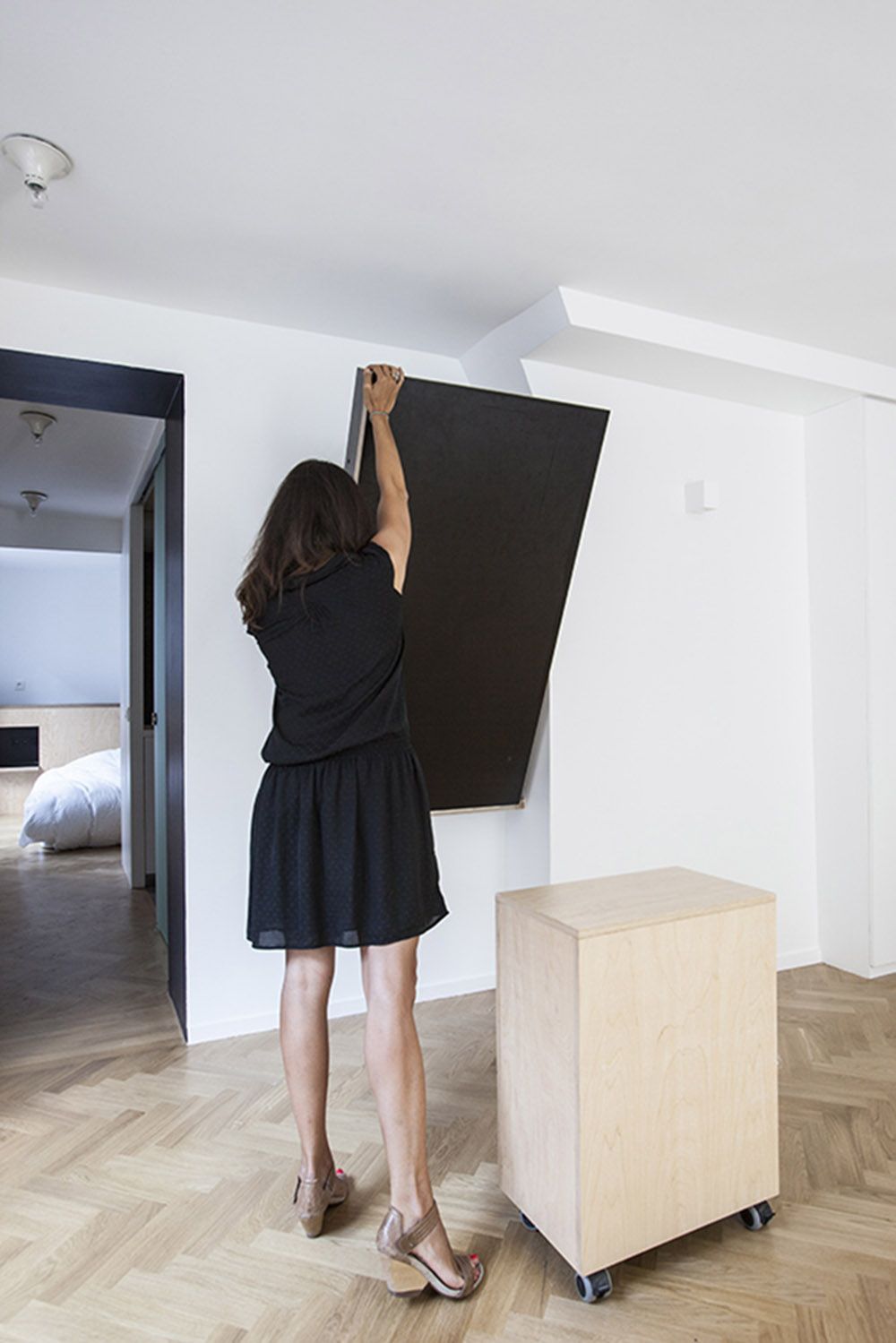 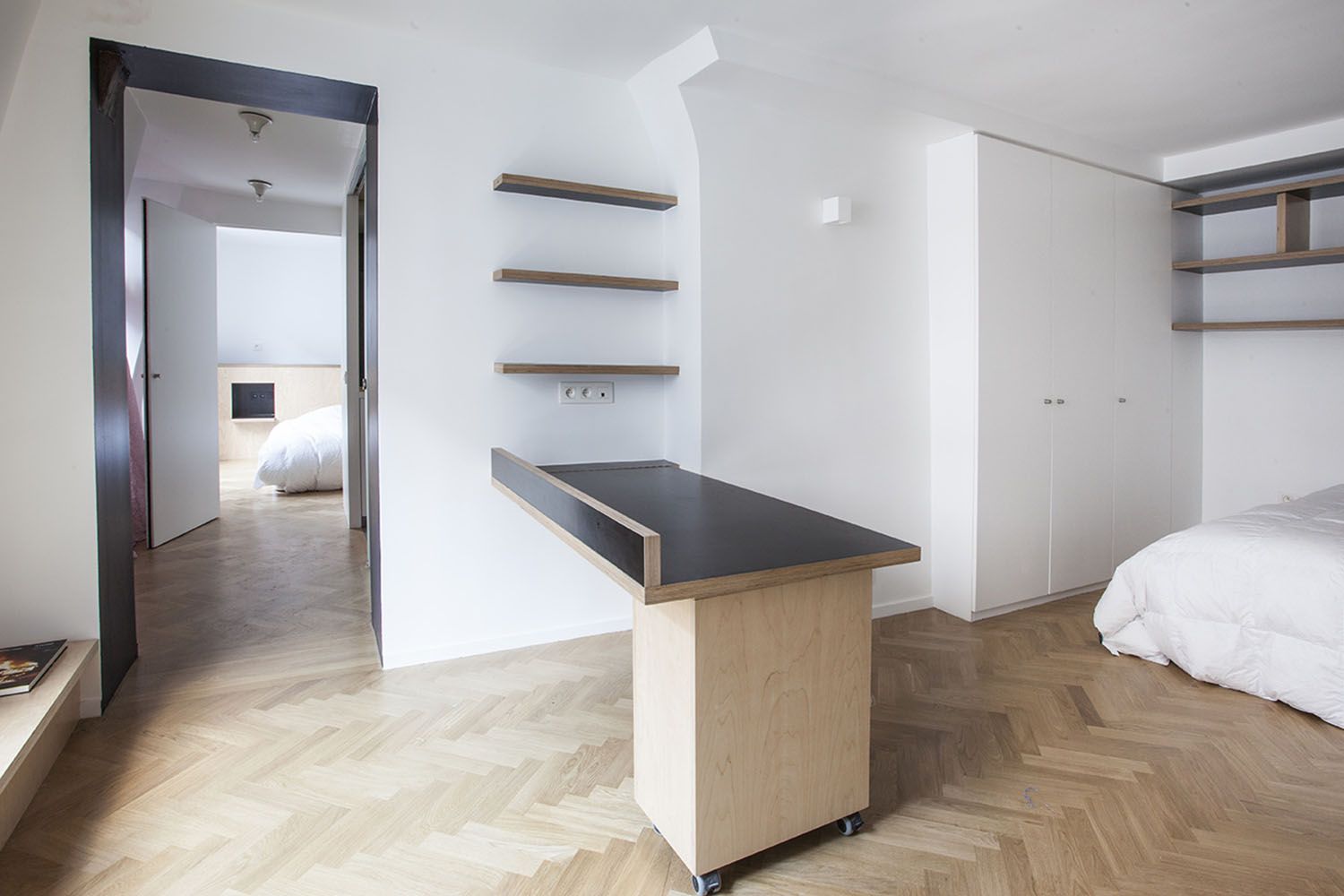 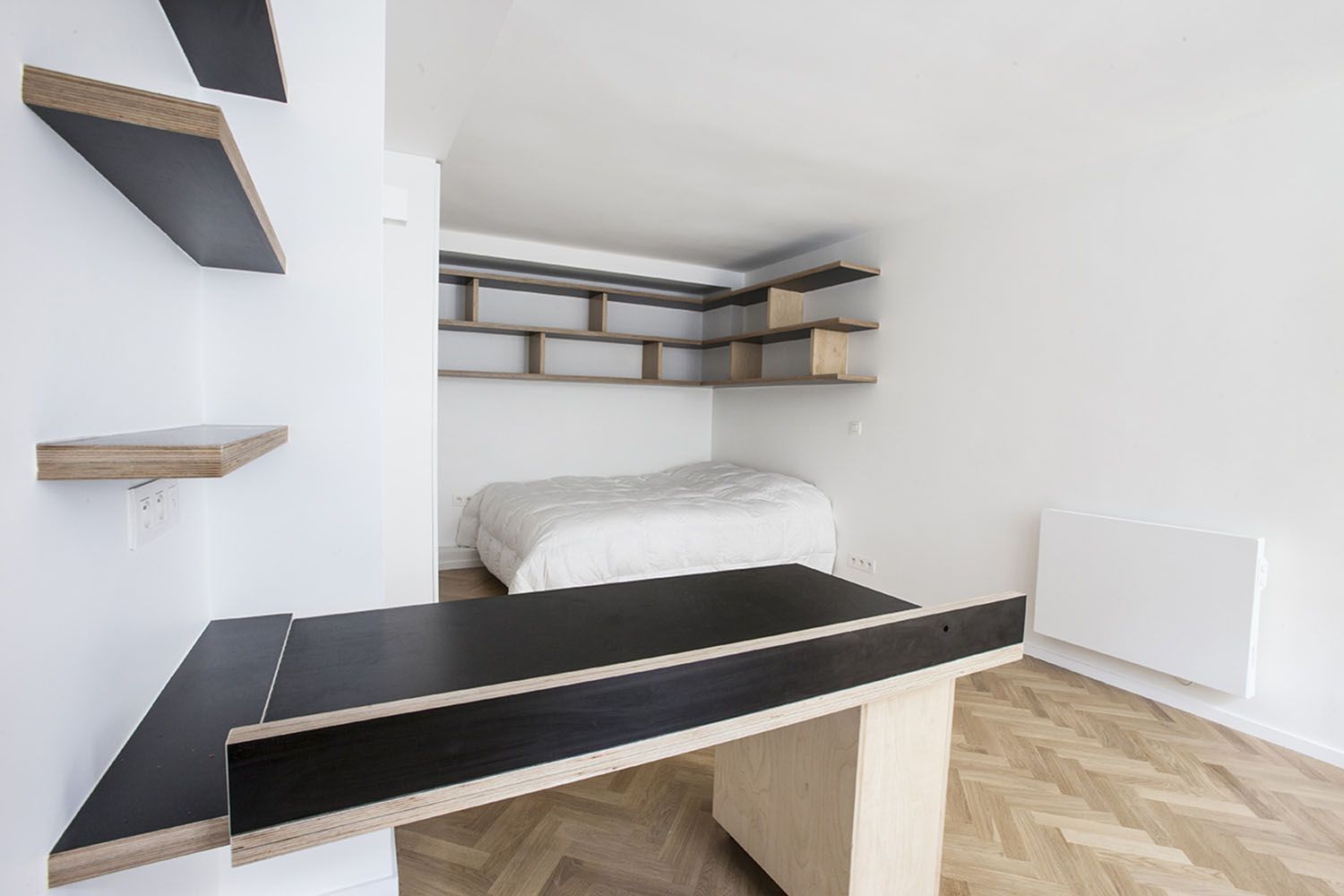 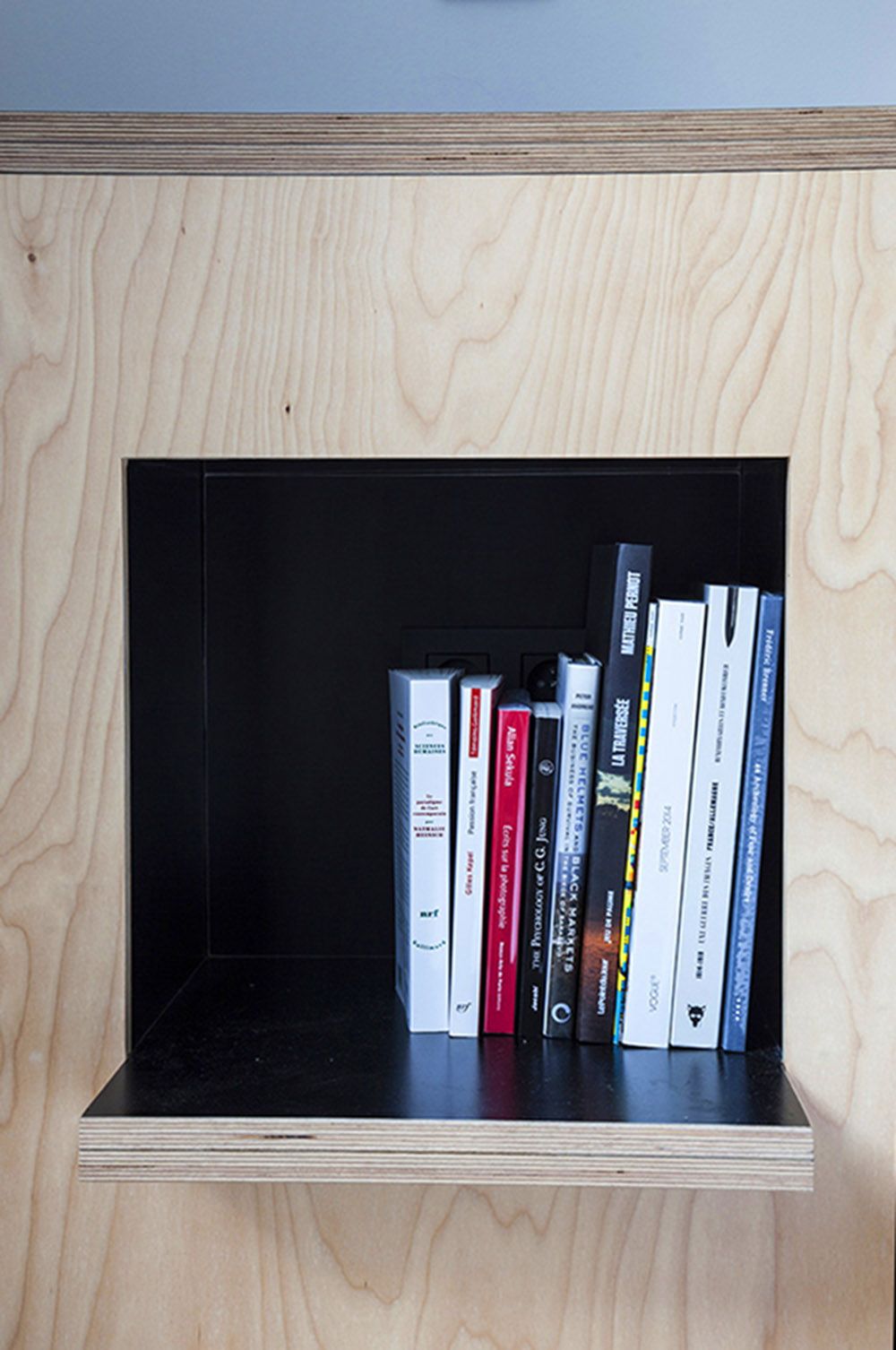 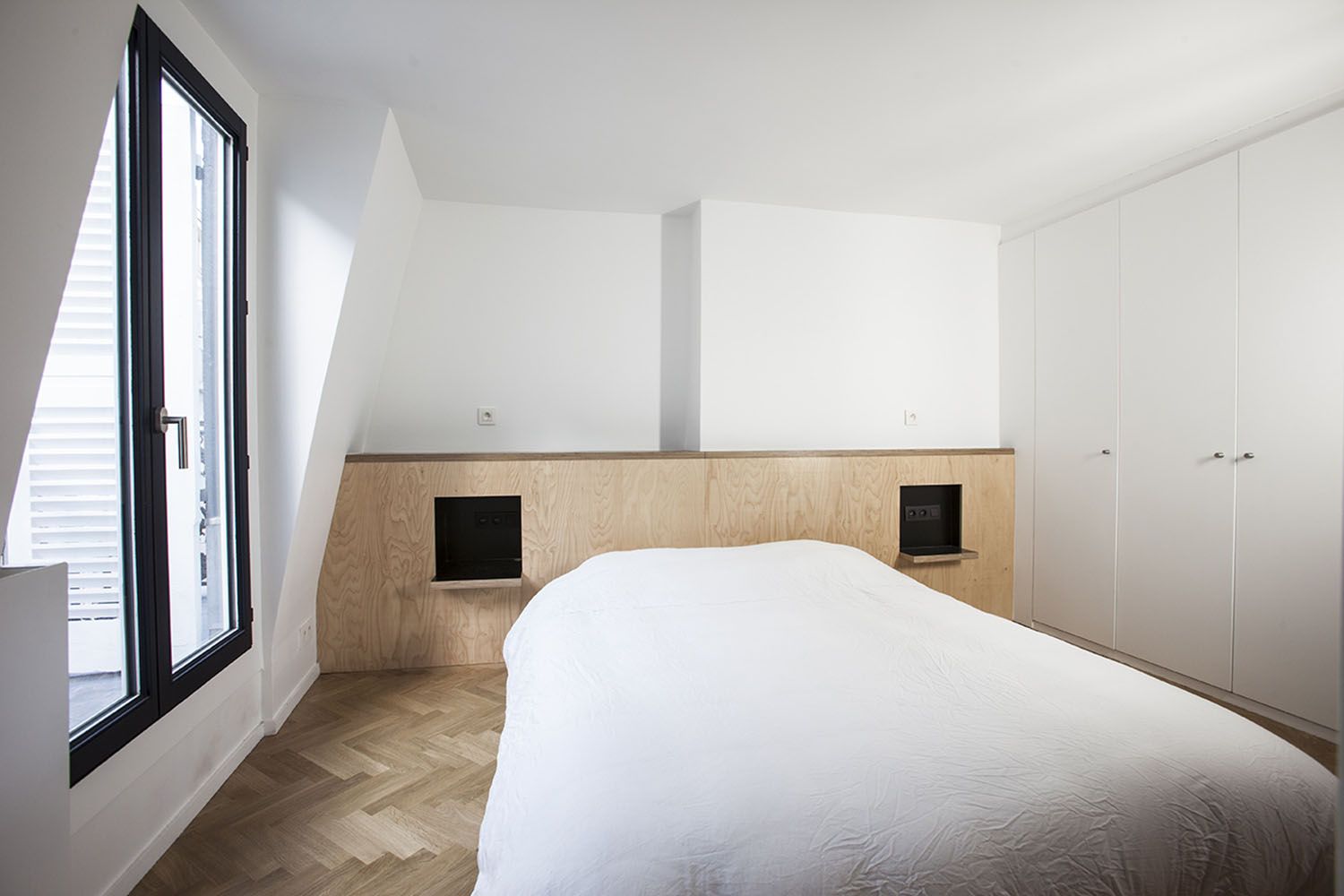 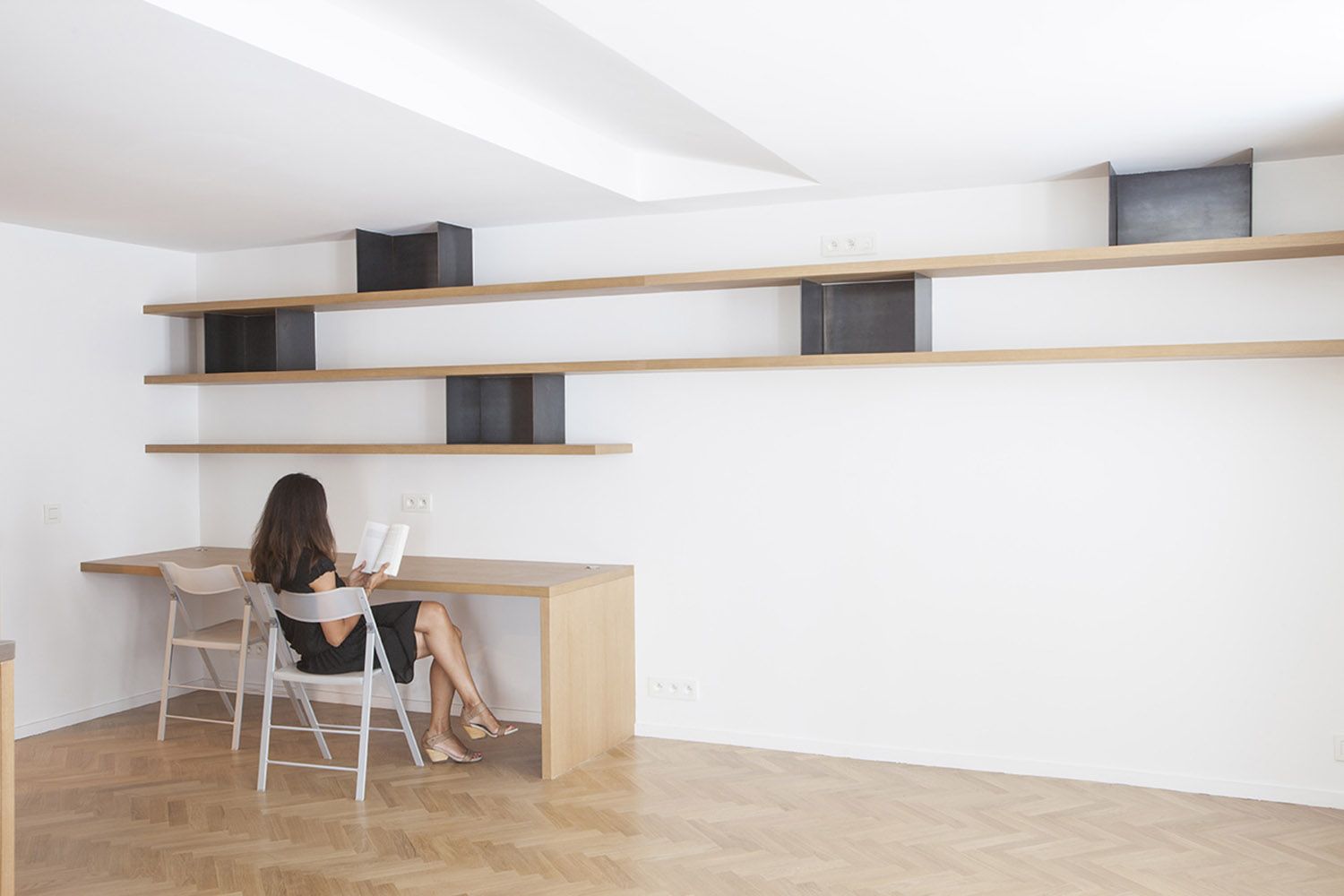 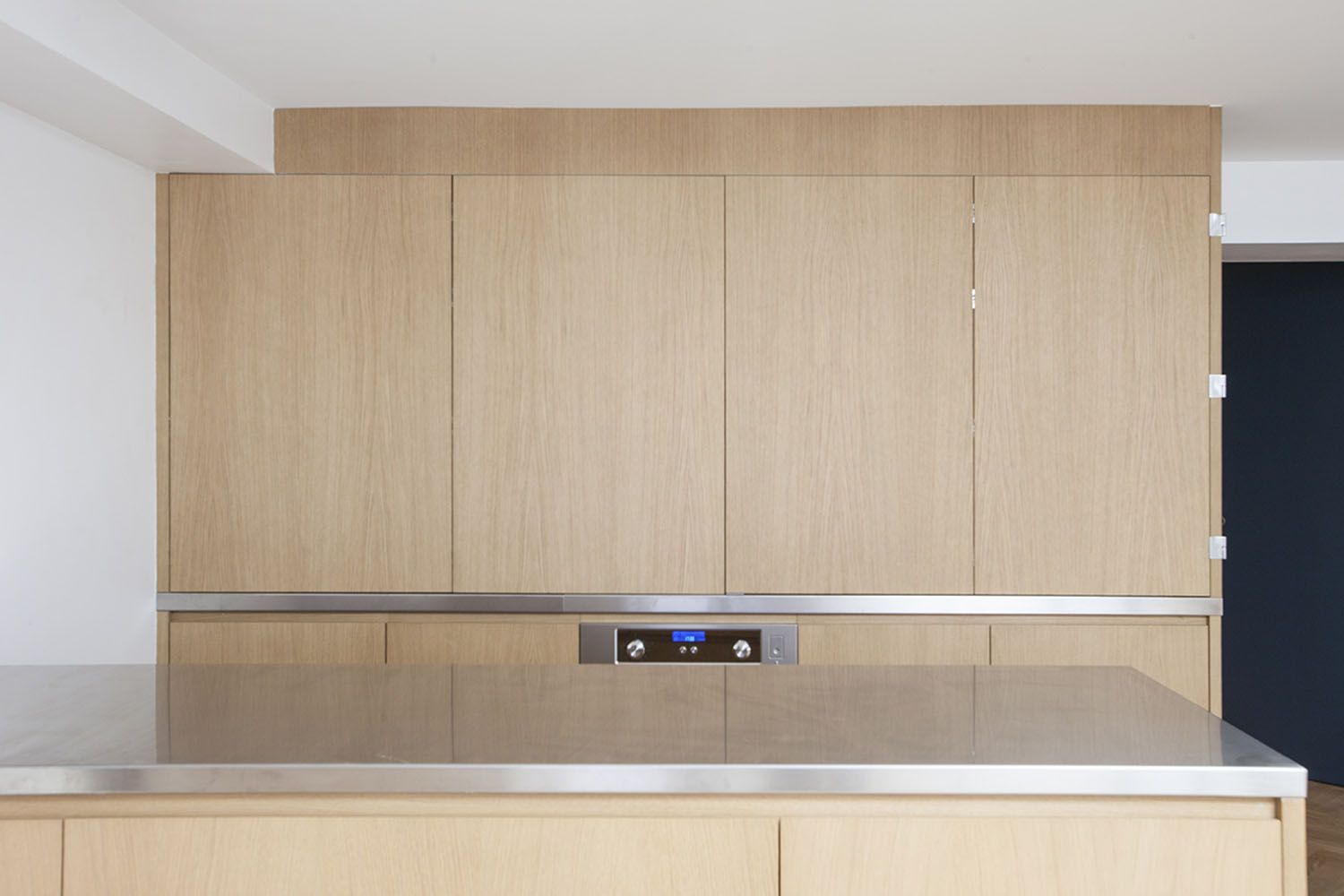 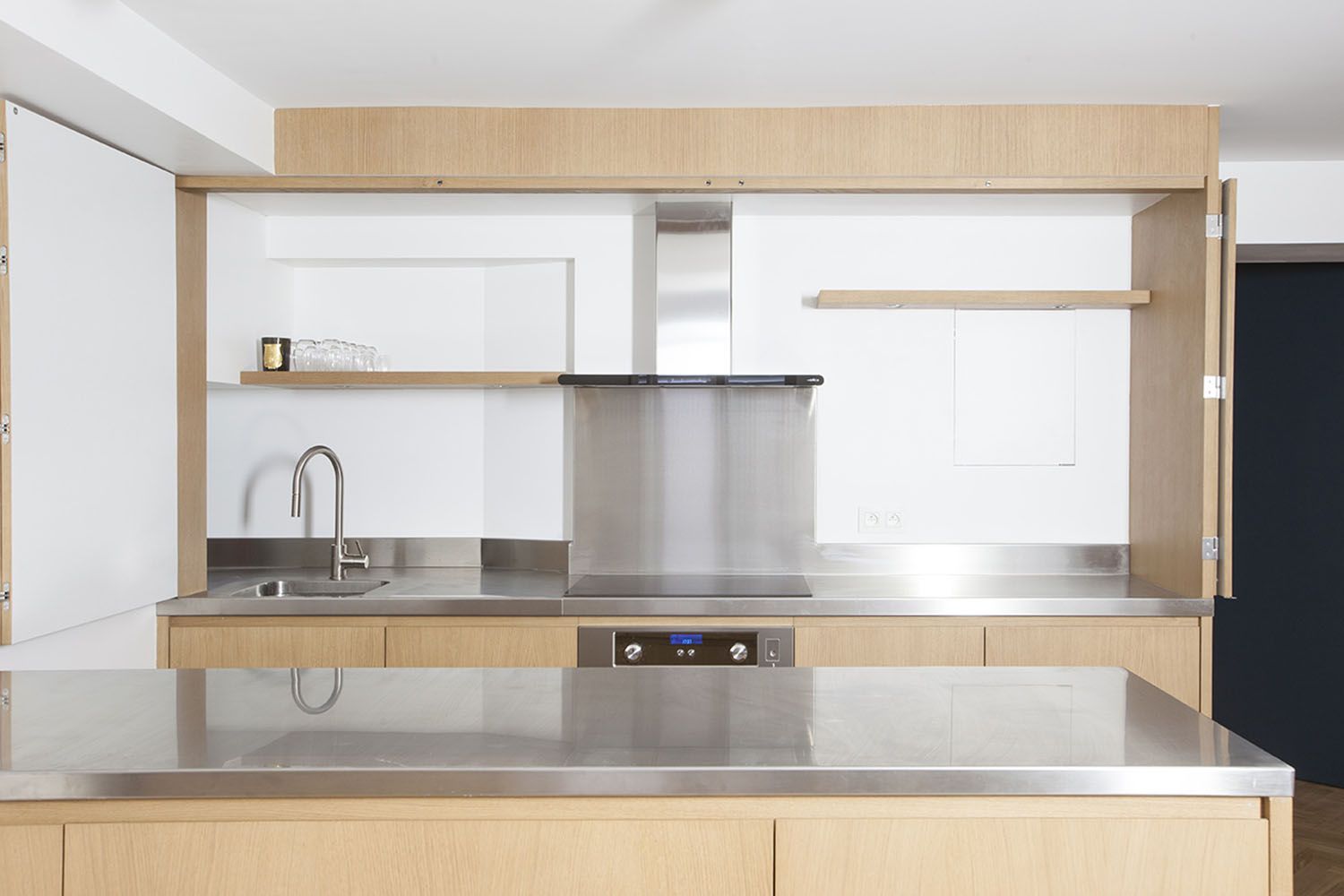 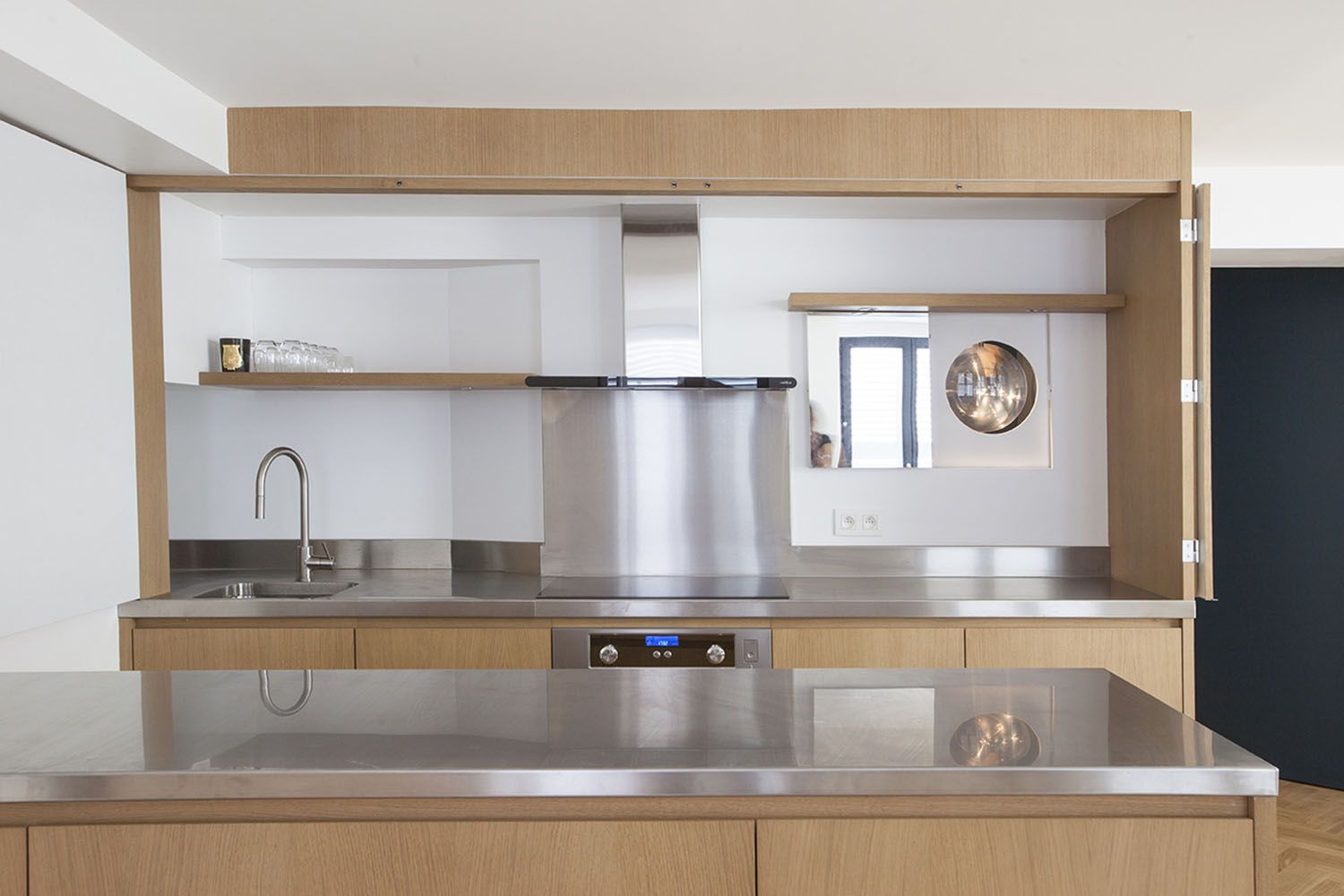 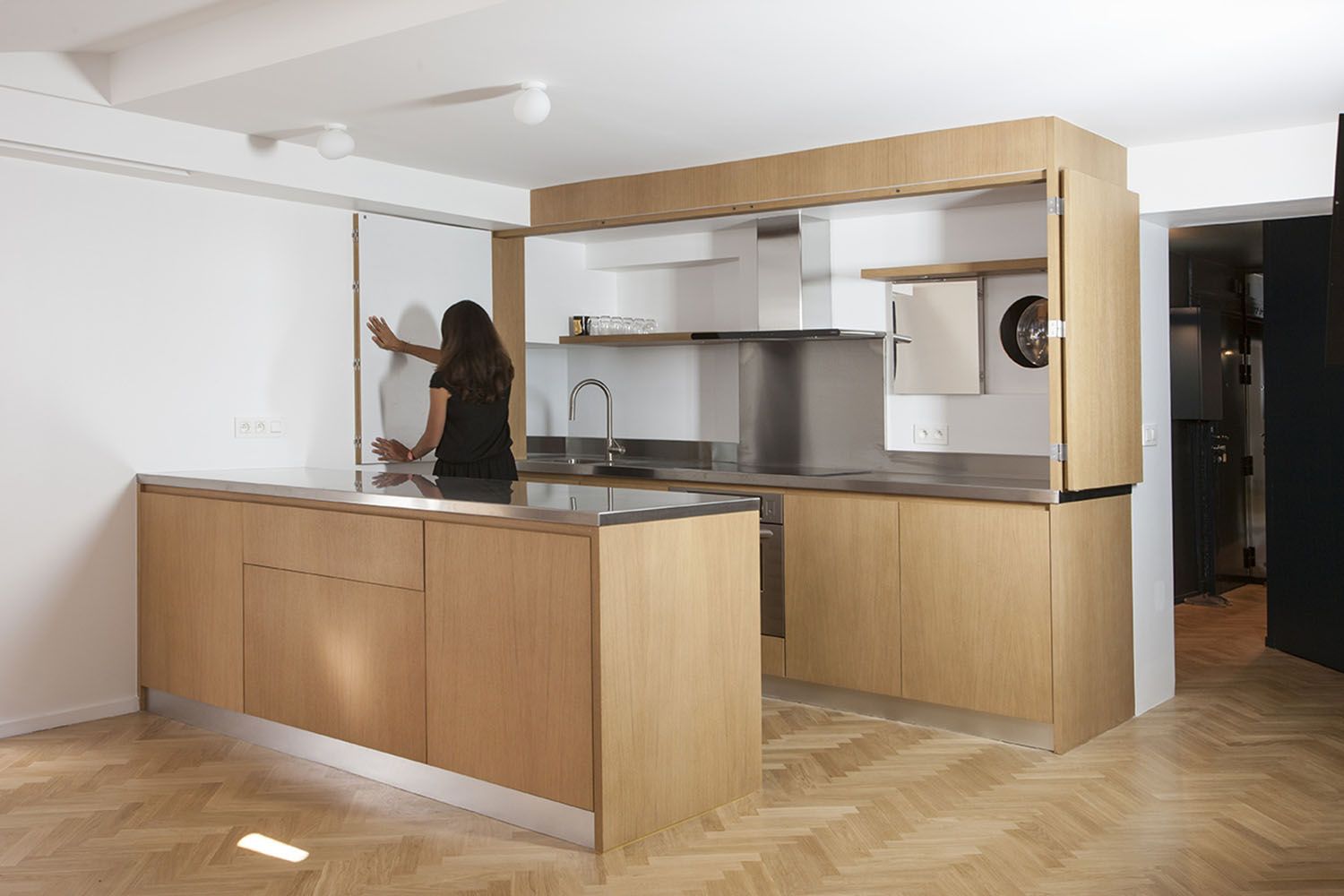 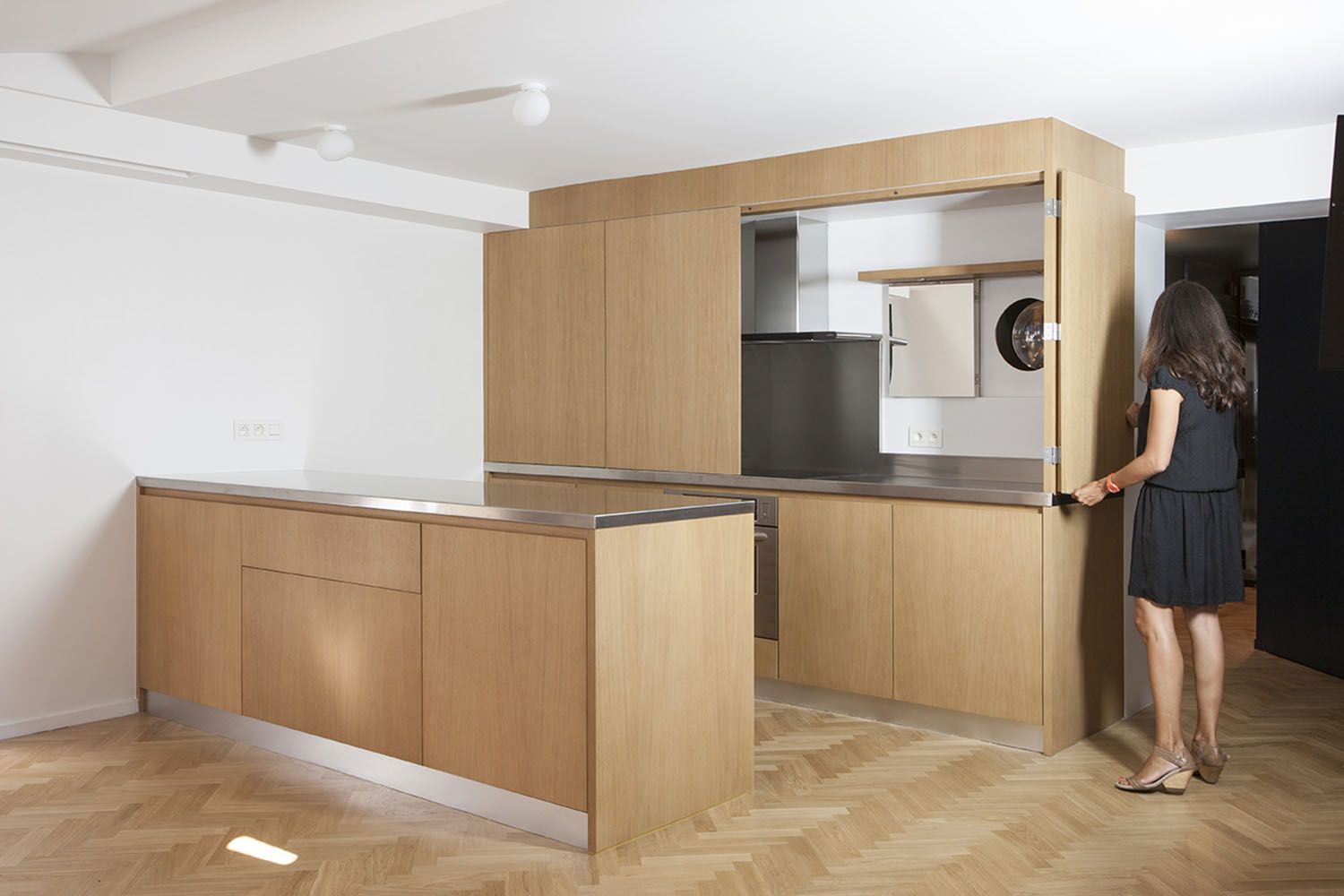 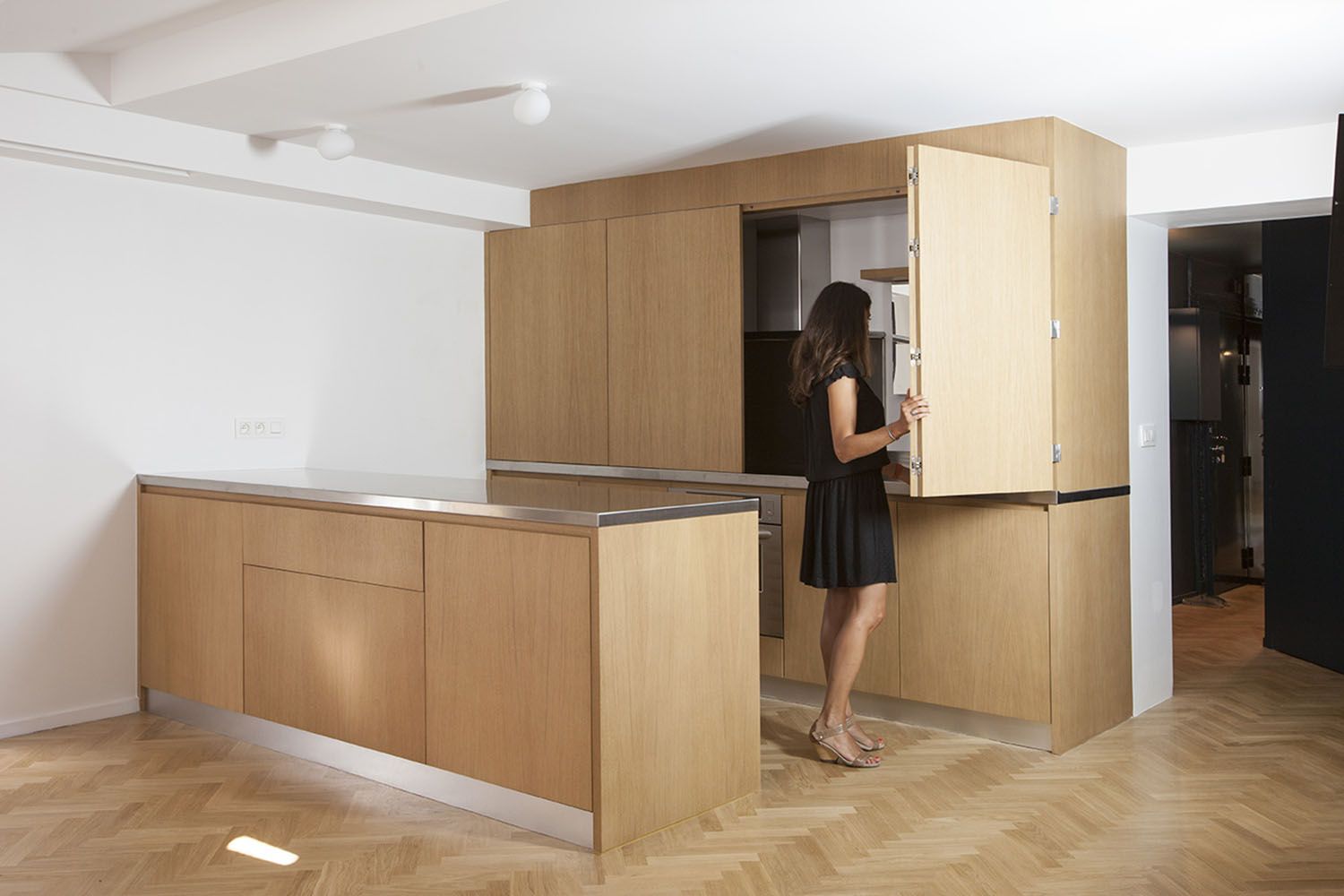 This is the story of a 19th century apartment located in Paris that recently went through a major renovation. The project was conducted by Alia Bengana and the task was to rejuvenate the space and make it suitable for the modern lifestyle of its new photographer owner.

The narrow entry wall, once lacking personality, was painted midnight blue and was outfitted with a unique and very interesting piece of artwork formed of two lenses. At the same time, a wall closet was designed to conceal the laundry area and the utility space.The client’s requirements were few but very clear. He wanted the apartment to be modern and simple and to include an additional bedroom as well as a multipurpose space that would include the living room, dining space, kitchen and office.

In order to make that happen, the designer’s answer was to use retractable furniture. This allowed the living space to be transformed into a kitchen or a dining area depending on the user’s needs and with little effort.

The kitchen stays hidden inside a wall closet when not needed. The doors conceal the prep area, sink and hood as well as the shelves.

The kitchen island hides something too. An expandable drop leaf dining table can be extended from there whenever needed. This concept allows the space to remain flexible and to change function with ease.

The living room also includes a corner desk. It has a minimalist design and fits perfectly in the corner, leaving the rest of the floor space open. A series of wall-mounted shelves and cubbies form an asymmetrical display on one of the walls.

The apartment now has two bedrooms, as the owner requested. The master bedroom is simple and soothing, with herringbone parquet flooring, white walls and birch accent furniture. One of the walls is entirely occupied by a white closet but, because of the color, it’s barely noticeable.

The nightstand concept is quirky and interesting but also very simple. The design is mysterious and alluring.

The other room serves as a guest bedroom but also as a library. The bed is tucked in a corner and has wall-mounted shelved that wrap around the adjacent walls.

On the other side of the room is a retractable desk. When not needed, it folds up and hides the shelves. The base of the desk is a mobile unit which can be moved around the room freely.

Along the window wall there is a long, low bench that forms the perfect reading nook.

In between these two bedrooms is the bathroom. There’s no direct sunlight in here so the designer had to be creative. Large mirrors help make the room feel more spacious and airy. Moroccan tiles and black granite were combined with white fixtures and the result is an eclectic design meant to make the space welcoming.

The shower has transparent glass enclosures and this ensures the fluidity of the décor throughout.

Because the apartment was characterized by low ceilings and lots of load-bearing walls connecting all the rooms, reconfiguring the space was impossible so the designer had to work with the original layout and to make the most of the situation.