This building is a century old and it was originally an Edwardian home. It was then converted into an apartment building in the 1930s. In the 1980s it was turned into a family home. The latest project, in 2012, was to restore the art deco façade and to add a third level. It was a project by Kerry Phelan Design Office & Chamberlain Javens Architects.

The house is located in Beaconsfield Parade, Melbourne VIC, Australia. The site is directly opposite to the beach and has a beautiful garden sunken with natural light. Also, the whole house is filled with light. Given the atmosphere and the conditions on the site, the architects were inspired to create a series of calm and serene spaces. They used the light in their favor and designed a series of rooms. They opted for several distinct spaces rather than for a large open plan. This way there’s a sense of privacy and intimacy in all areas. 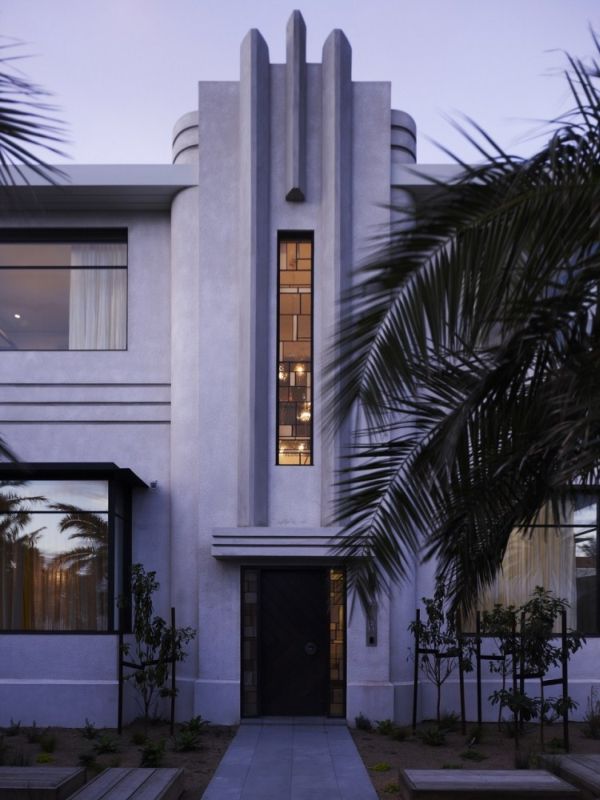 The color palette for both the exterior and interior of the residence includes neutral tones and beautiful combinations of light and dark shades that create a nice effect. It’s also a nice balance between the cozyness and intimacy inside all the rooms and the vast and complex views of the sea, the sky and the garden. The atmosphere is warm and inviting and the overall design is elegant and simple.{found on archdaily and pics by Derek Swalwell}.