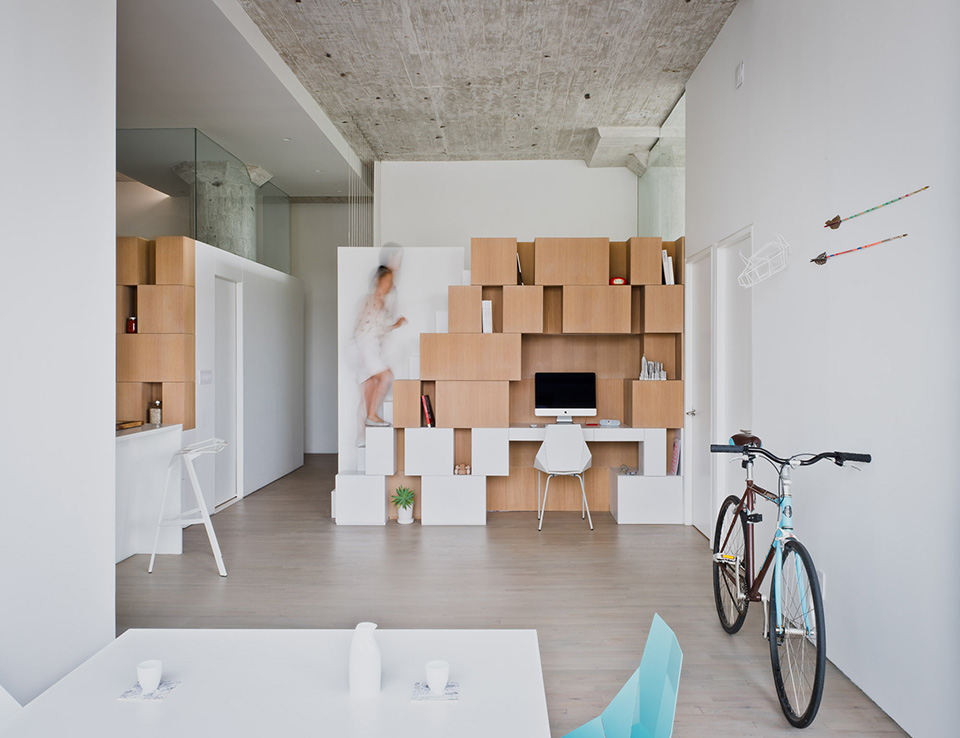 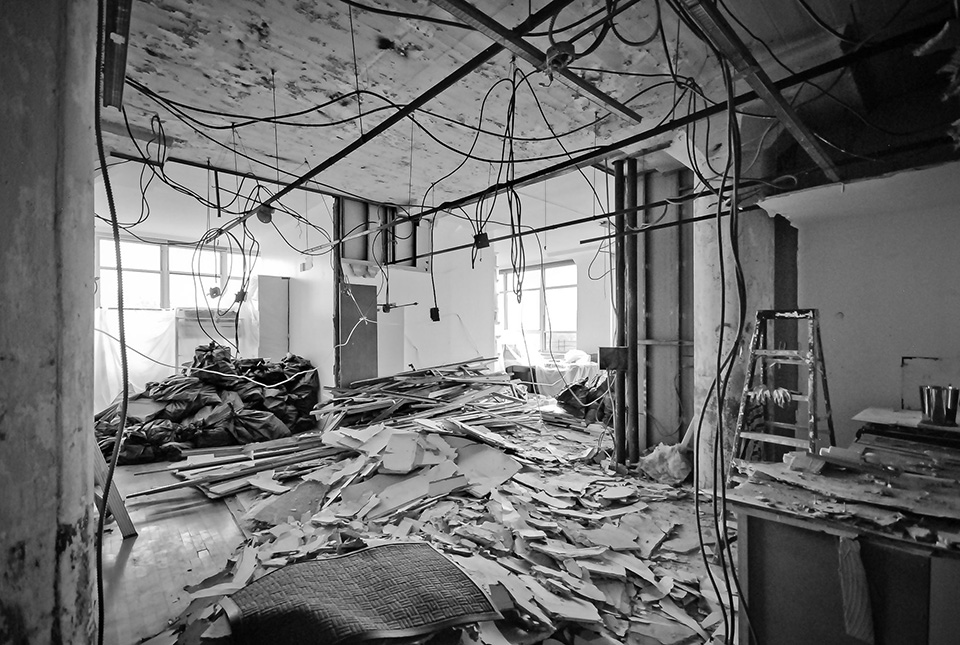 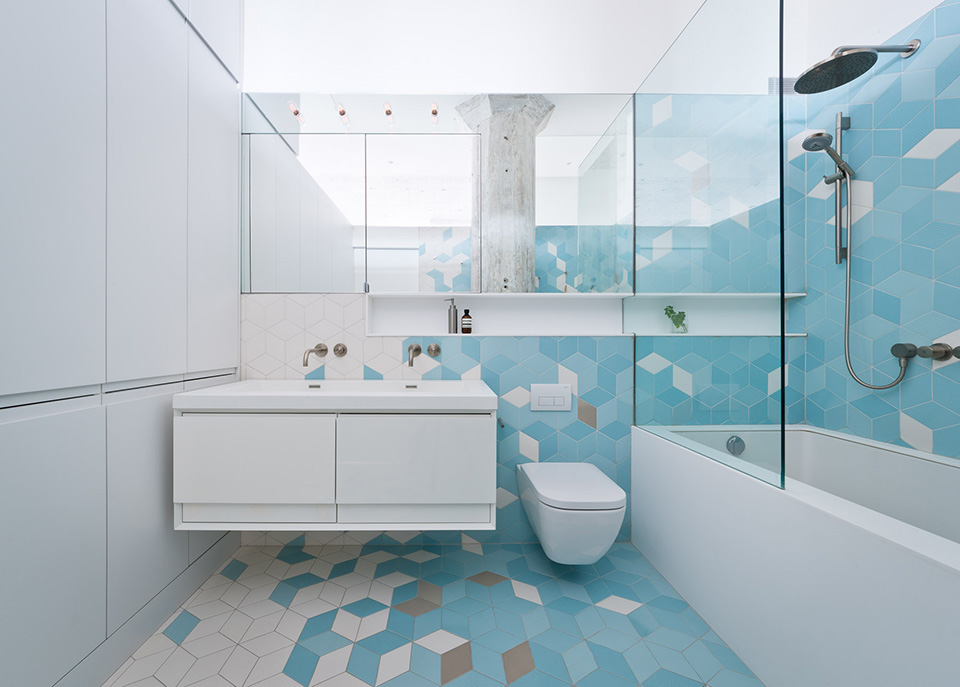 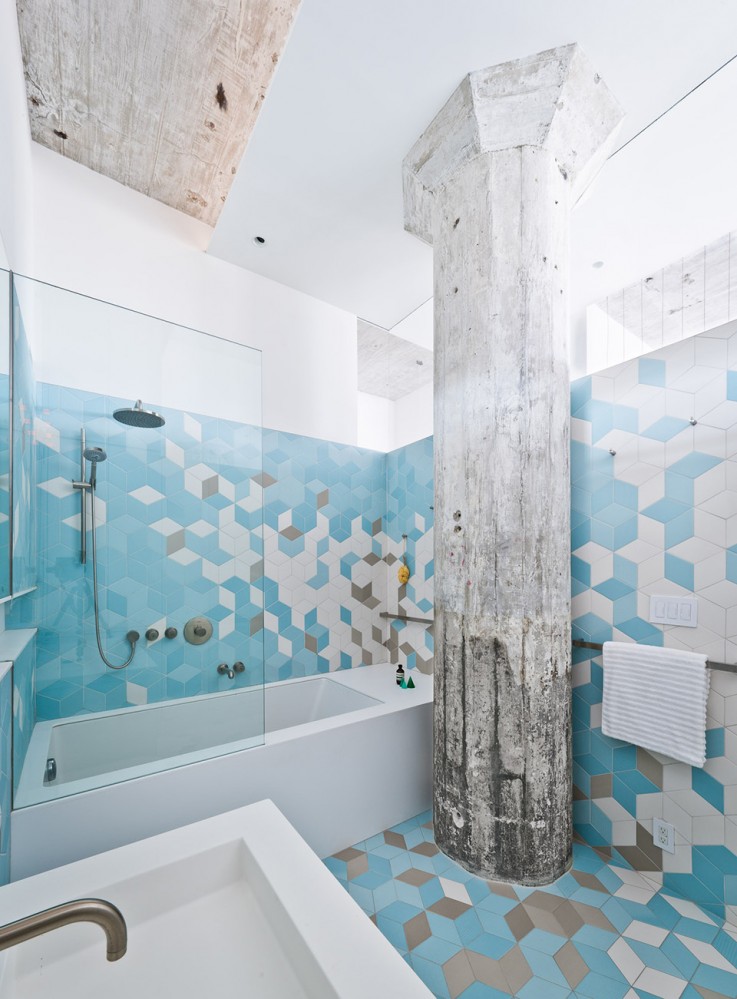 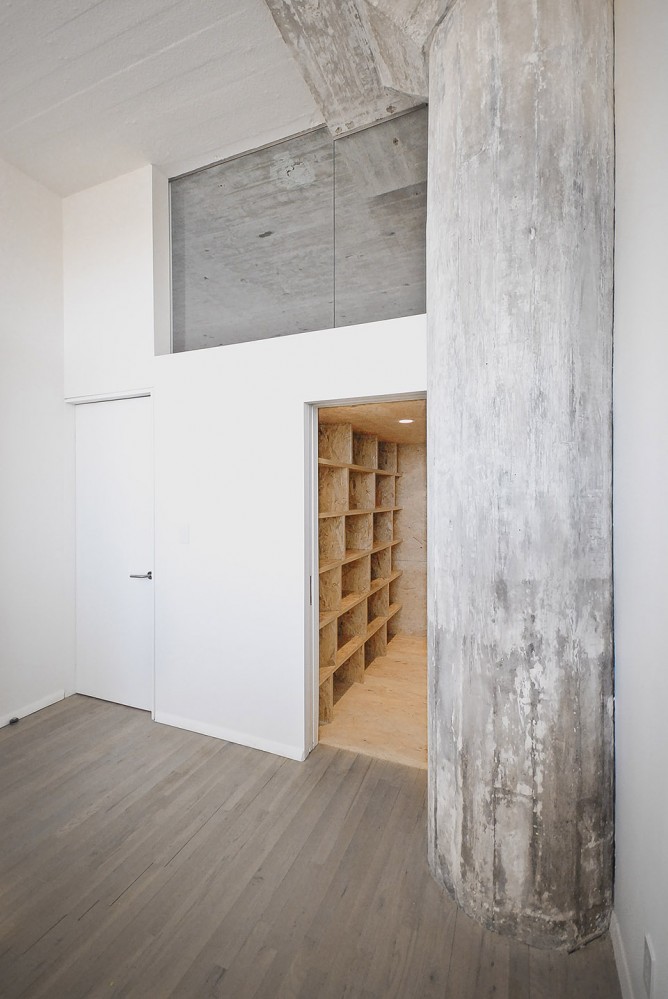 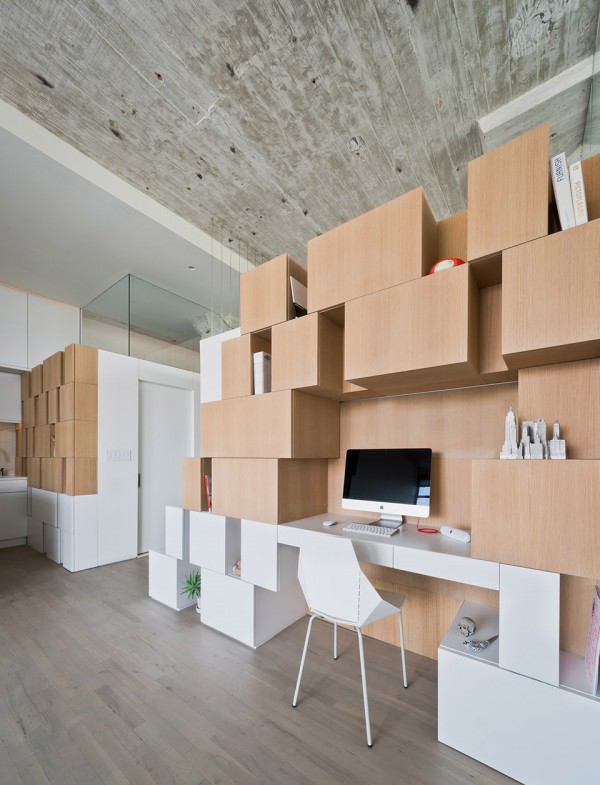 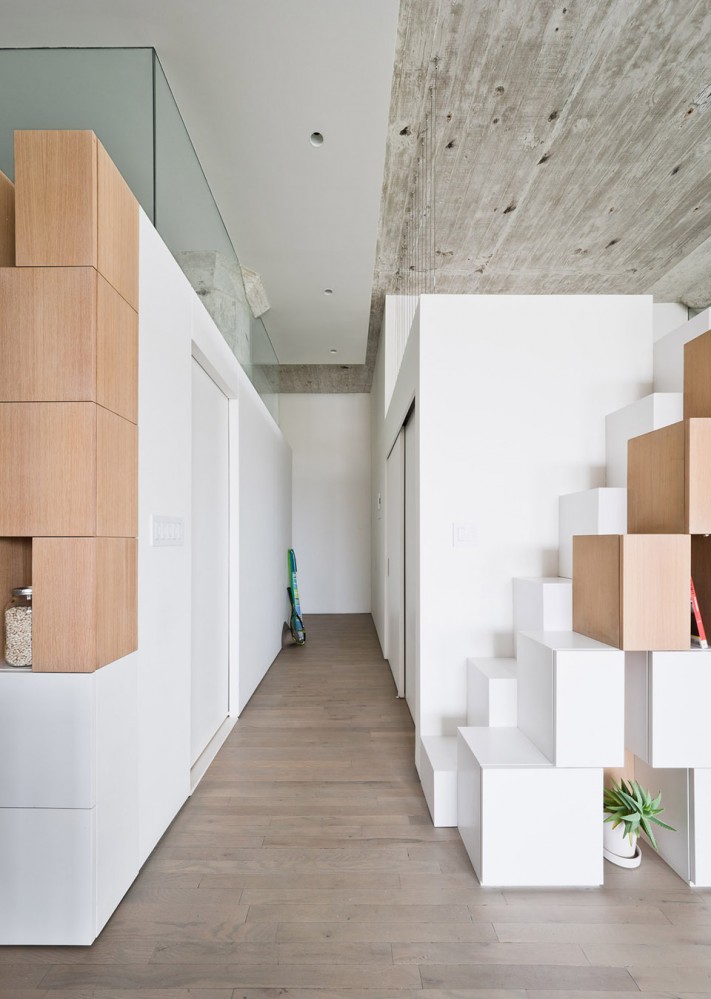 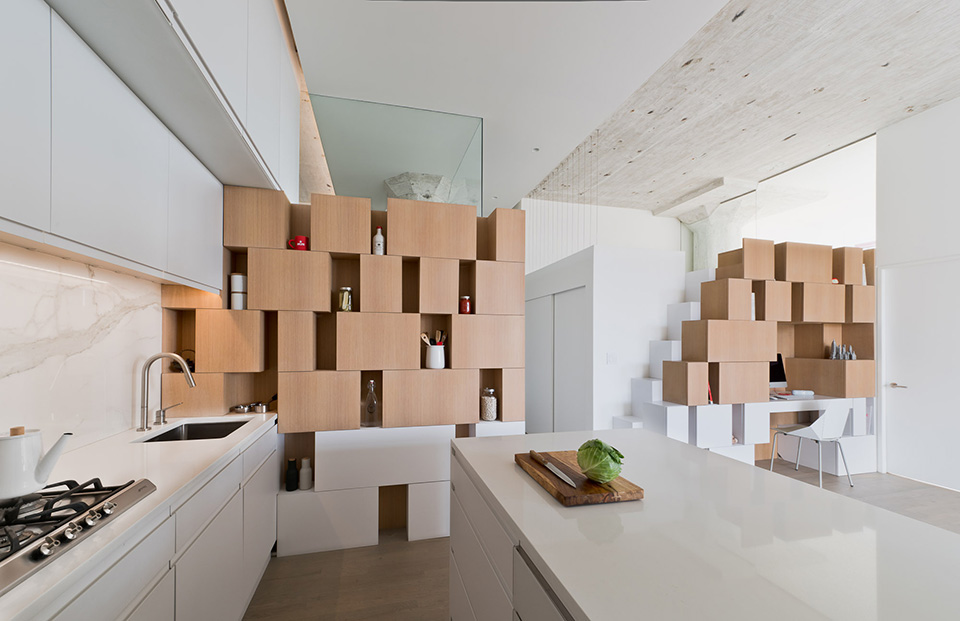 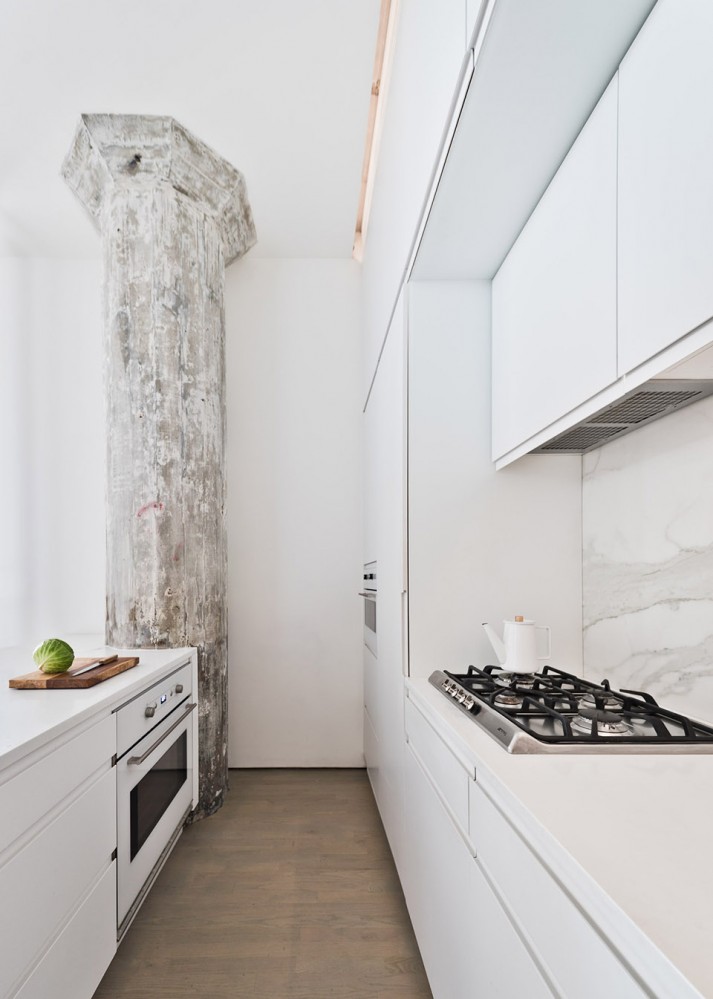 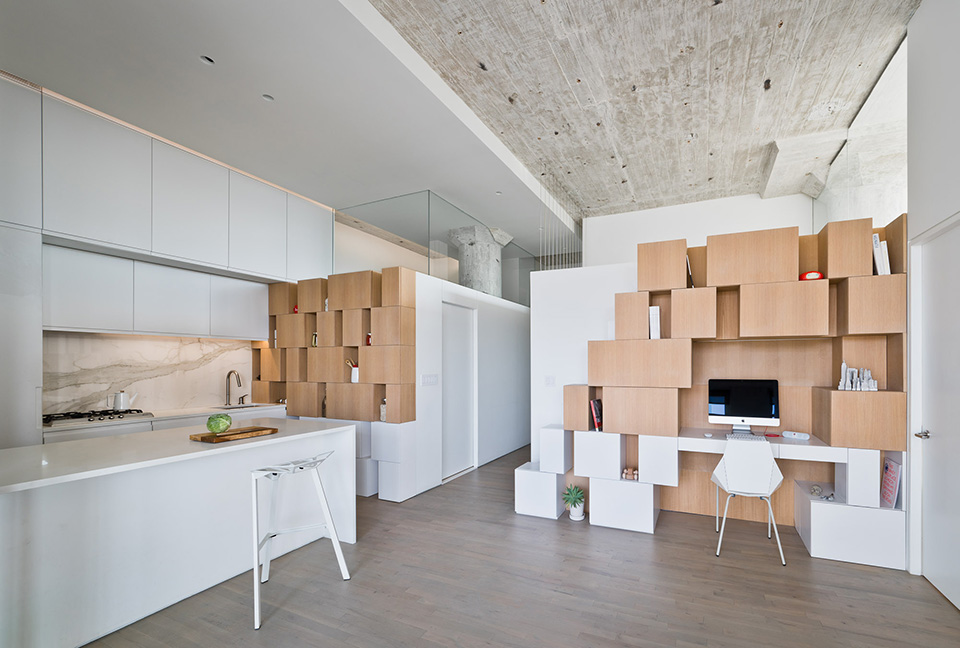 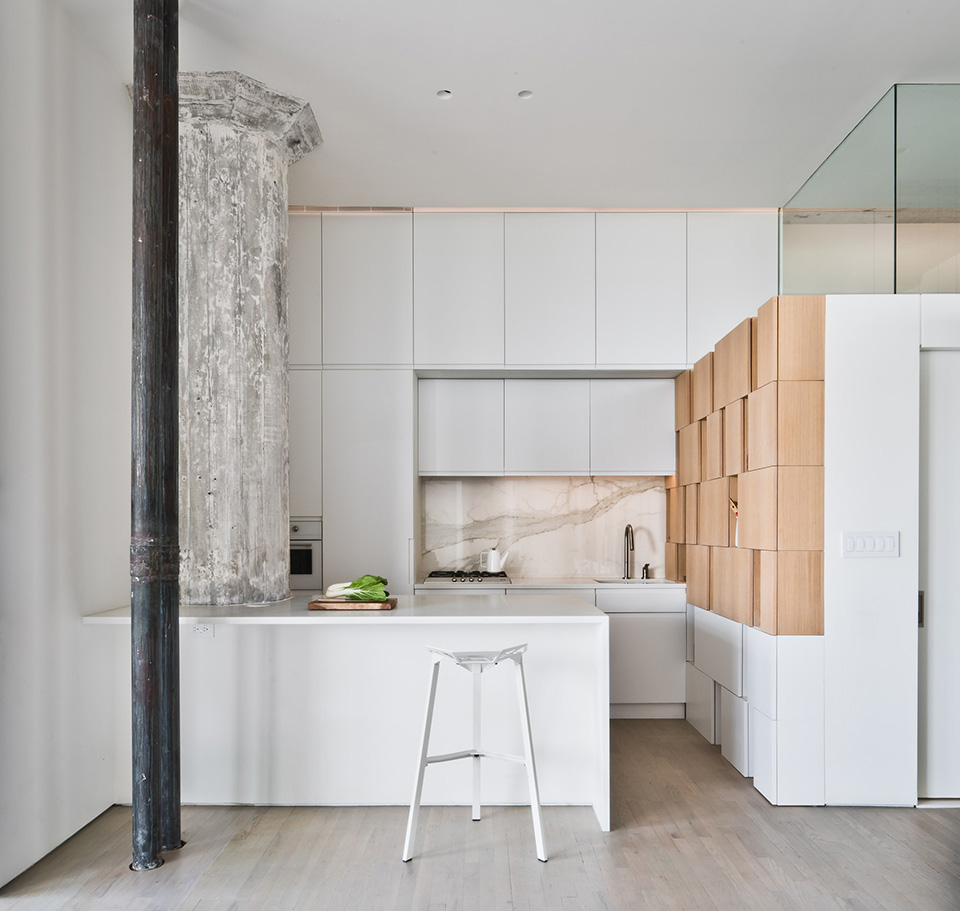 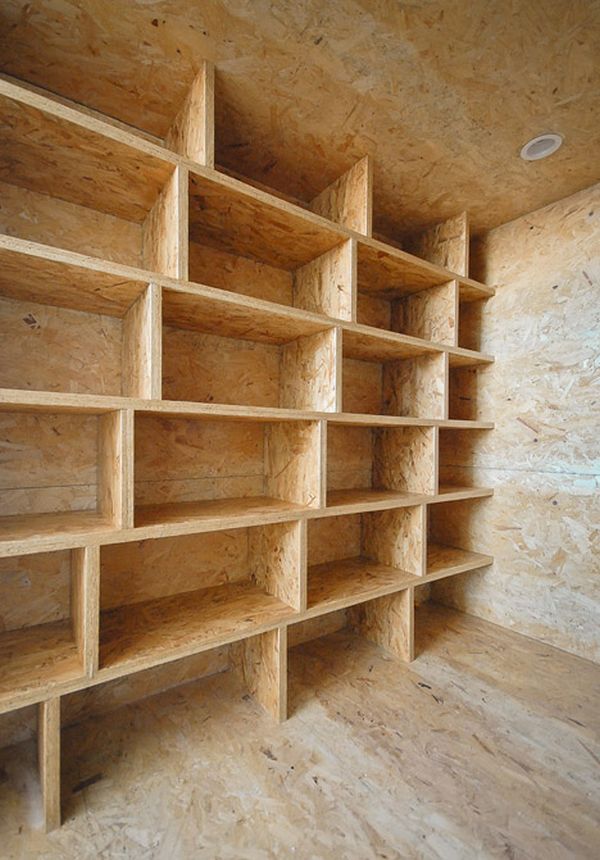 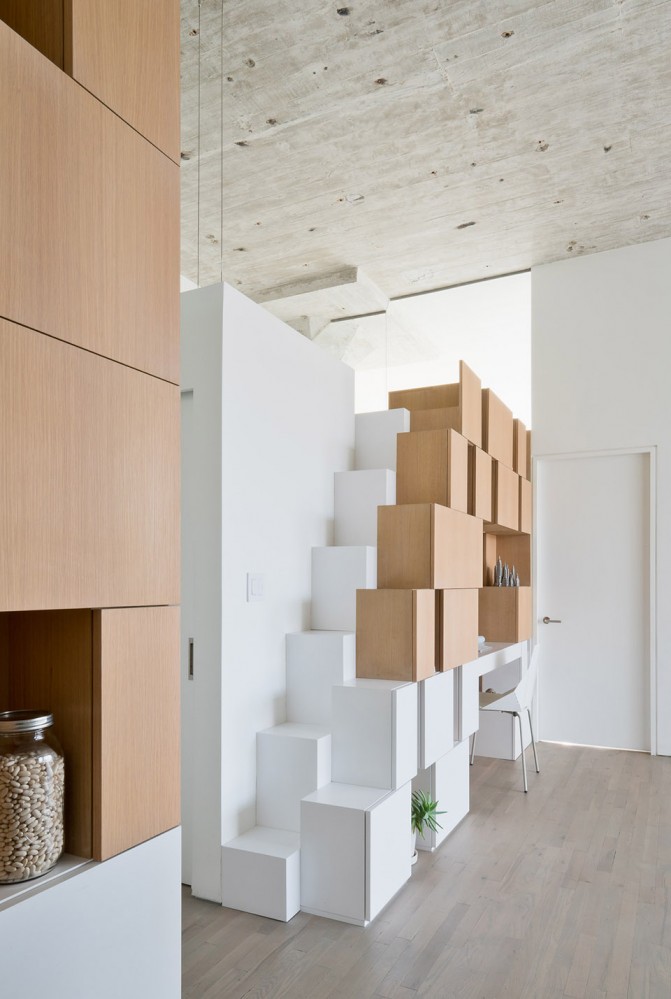 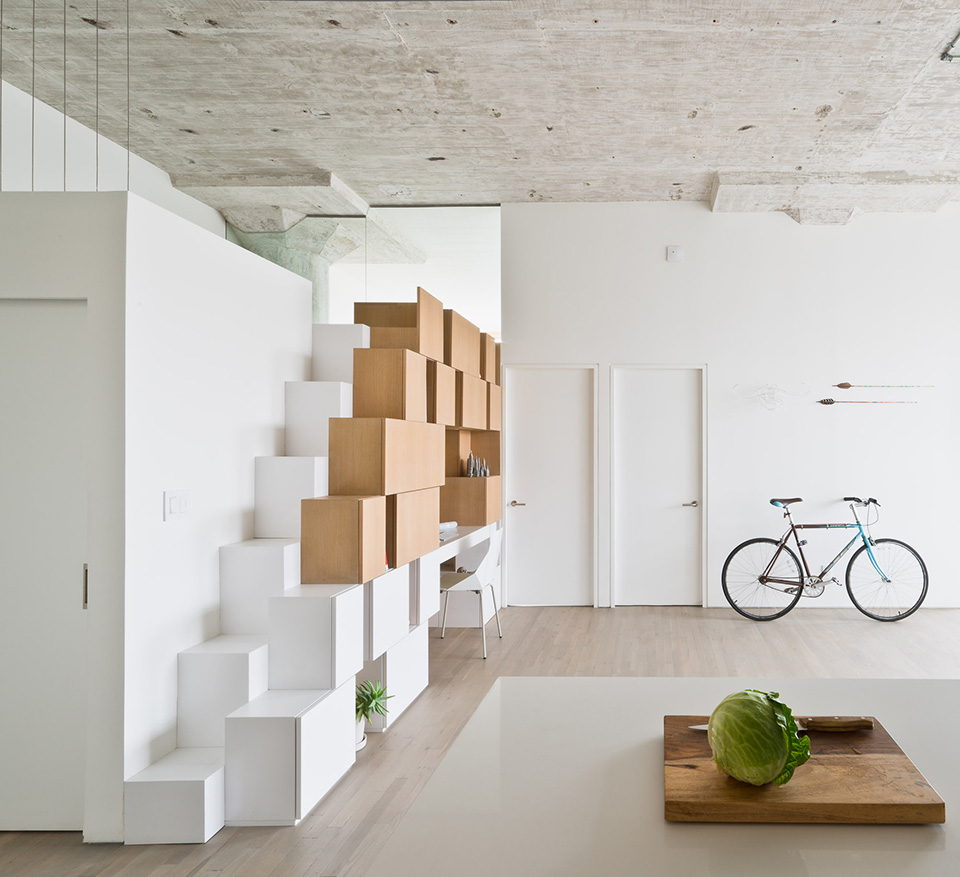 Although it’s true that symmetry can bring peace and harmony to a home, that can also be achieved with irregular designs, like the custom-made features in this stunning loft. Located in Brooklyn, the apartment was refurbished by SABO Project.

Initially, the owners just wanted to renovate the bathroom but once they saw how gorgeous it turned out with the exquisitely installed tiles, the minimalist and clean design and the futuristic appeal, they decided to go ahead and renovate the whole place.

The team managed to reveal the apartment’s full potential by completely reorganizing the interior. There’s now an extra room and an extra walk-in closet, plus the bathroom is bigger and there’s a ton of built-in storage. All of this was done on a tight budget.

While renovating, the architects discovered that there was nearly 1 meter of unused space above the ceilings in some of the rooms. They removed the lower ceilings and gained plenty of space which was mostly turned into storage. They added glass to the upper sections of the rooms so light can get through.

The team also found some great concrete columns as well as the concrete ceiling which were concealed until then. They uncovered these elements and made them part of the apartment’s new design.

The kitchen and living area share an open plan where the irregular-shaped white oak boxes are the center of attention. They form two mixed storage units with open and closed compartments that also serve as a decorative element for the room. One is a storage unit for the kitchen while the other is integrated into the design of the workspace.

The design of the kitchen is very simple. The extra space revealed above the lower ceiling came in handy in this case and was turned into storage. The large concrete column became part of the design and looks really good surrounded by glossy white surfaces.

This is the walk-in closet that was added beneath the mezzanine level. It features wall-to-wall shelves with a design that also stays away from the usual symmetrical forms.

There are a lot of interesting aspects related to this apartment. The fact it’s located in a building that used to be a die-casting factory from 1913 definitely contributes to the uniqueness of the design. When renovating the apartment, the architects were careful to unveil and preserve some of the original elements and they expertly mixed them in with a variety of modern details.