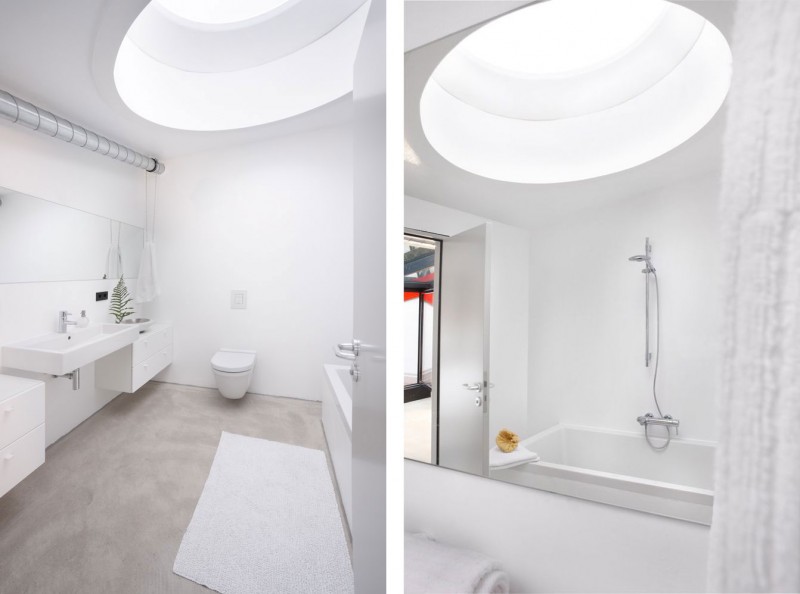 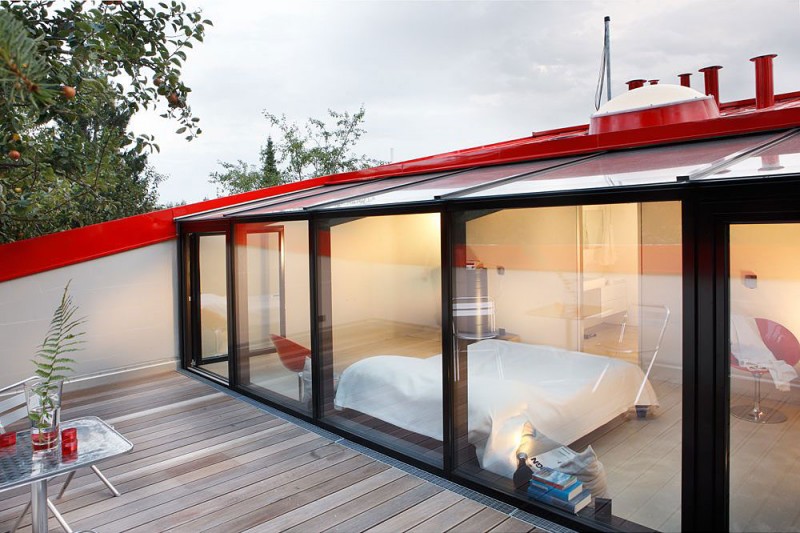 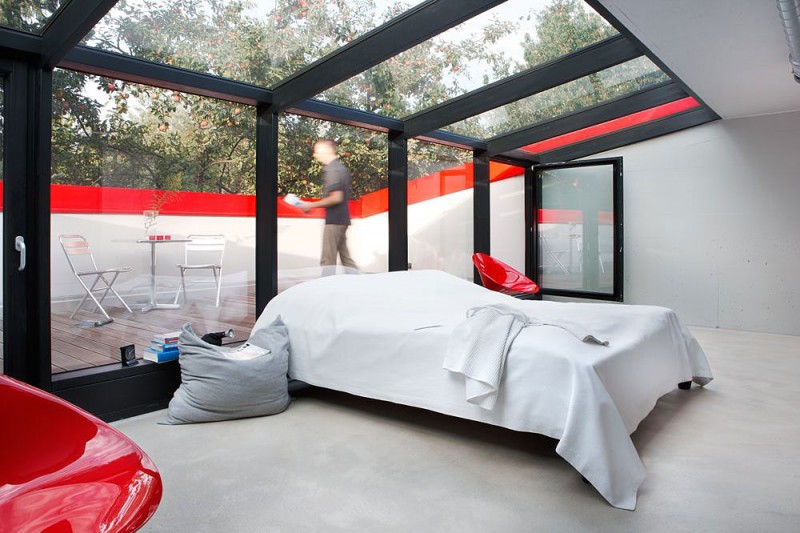 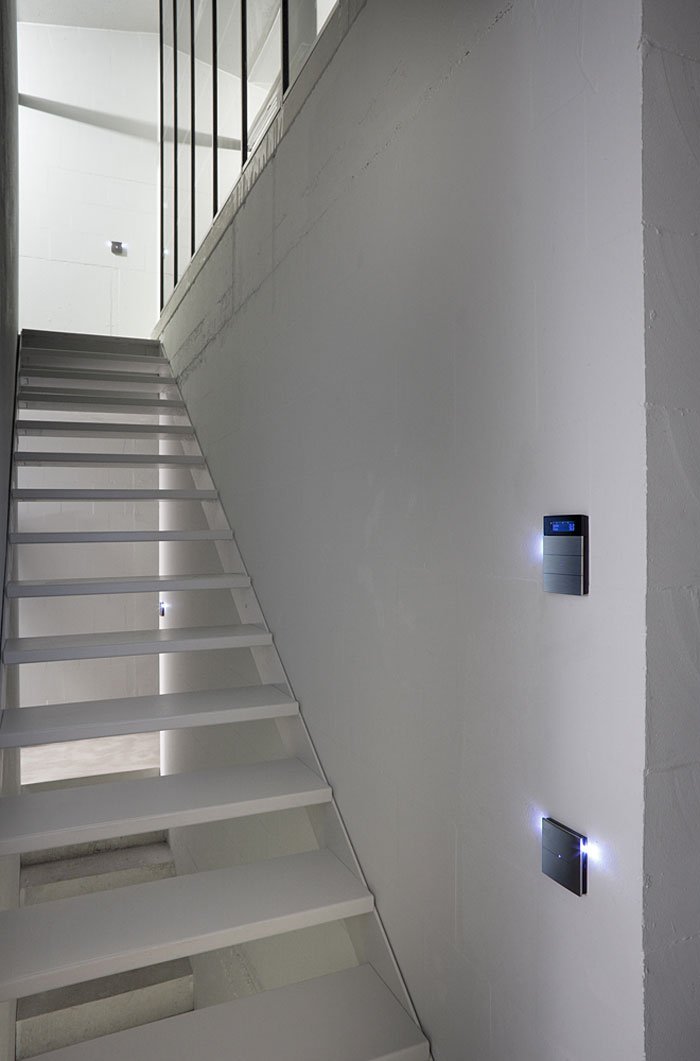 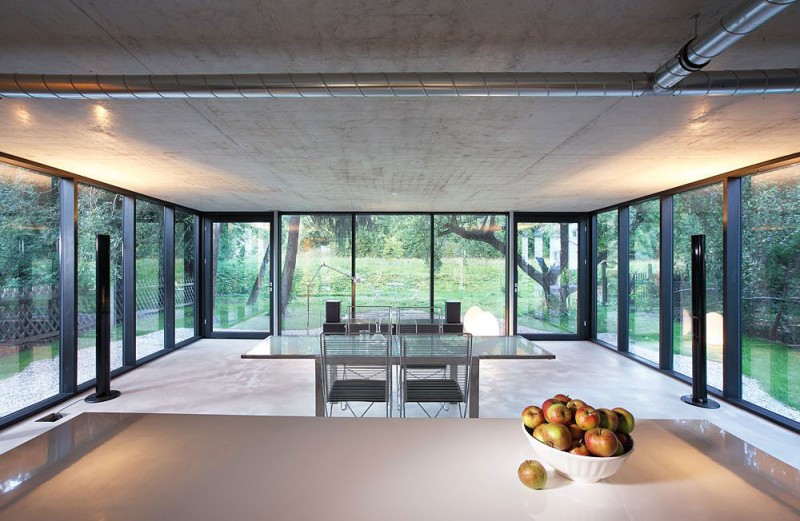 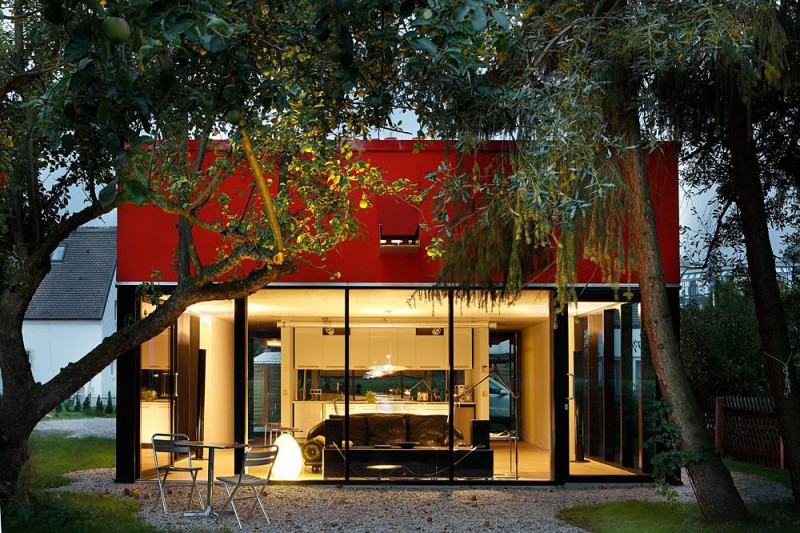 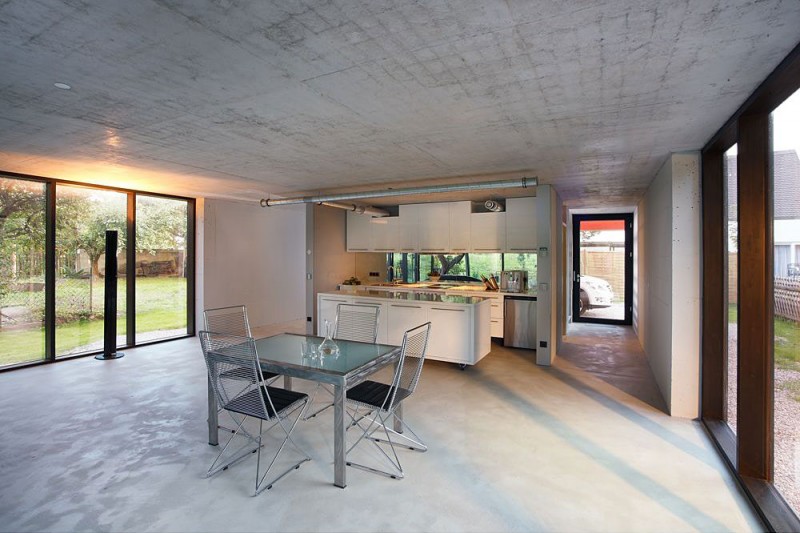 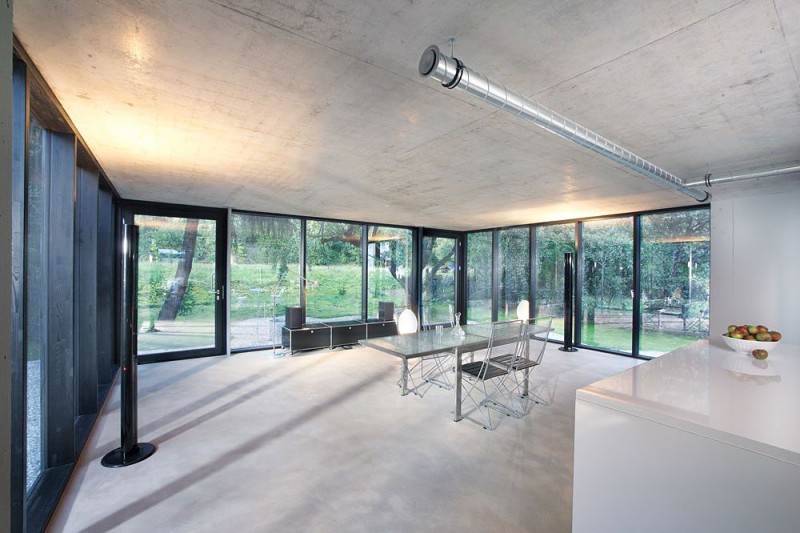 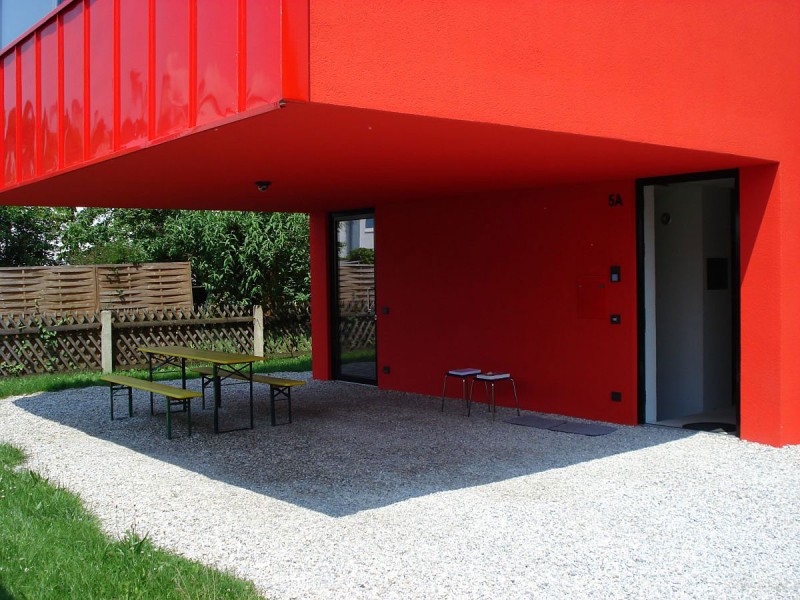 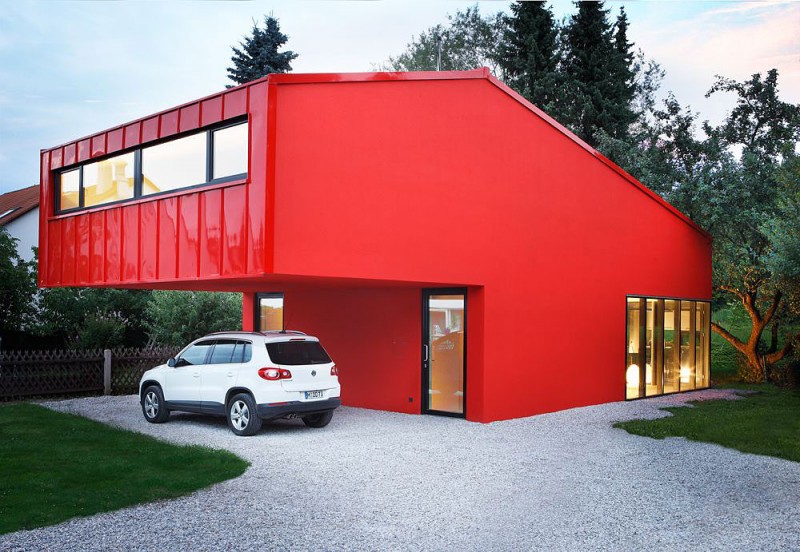 Red and shiny on the outside and gray and raw on the inside – this is the simplest way to describe this house located near Munich, in Germany. It was a project by Architekturbureau Jakob Baden that had to deal with a small plot of land as well as with a small budget.

The studio responded to the challenge in a great way. They designed a house that’s compact but which stands out due to its bright red exterior. The house has a cantilevered upper storey and underneath it there’s an area which can be used as parking for the car or as an outdoor dining and recreation area. Here there are also two entryways, one being the main one and the second a separate one for the loft.

The interior, on the other hand, is not nearly as colored as the facade. In fact, it’s astonishingly neutral. However, this doesn’t translate into a boring ambiance. The interior design has a wonderfully charming raw look.

The polished concrete floors and raw ceiling and walls give the space a casual, unfinished look which is not at all disturbing. It’s actually part of the home’s charm. The distribution of the space is a bit unusual as well. The concrete floors are an interesting choice. They’re durable and eco-friendly and they also offer a lot of other advantages. Maintenance is really easy with this material and there’s also a lot of design flexibility since any other type of flooring can simply be added on top of the concrete.

There are also a few cons such as the fact that concrete is cold and hard and not as comfortable as parquet flooring for example. However, I’d say all those things are inferior to the pros in this particular case.

The ground floor contains the living, dining and kitchen area situated to the North. The kitchen is placed at the center and the whole zone is enclosed by glass on three sides and has views of the garden. The furniture and the décor are kept simple and have neutral colors.

A simple, white staircase leads to the upper floor. Here, the main bedroom and a terrace are placed directly above the living area. The really interesting thing about the bedroom is that, besides the full-height windows that connect it to the terrace, it also has a ceiling partially made of glass. This is the portion above the bed which allows beautiful views at night.

In addition, the house also has a cellar with a lot of storage and a control room. From here things can be controlled via touchscreen but also using an iPhone. This shows that the house is not only cozy, welcoming and interesting-looking but also smart.

The simplicity of the interior design can also be seen in the 2 dressing rooms, the library and the two bathrooms. The colors are neutral and white plays an important role. Some of the spaces are illuminated with skylights and one elements ensures cohesiveness: the concrete floors.