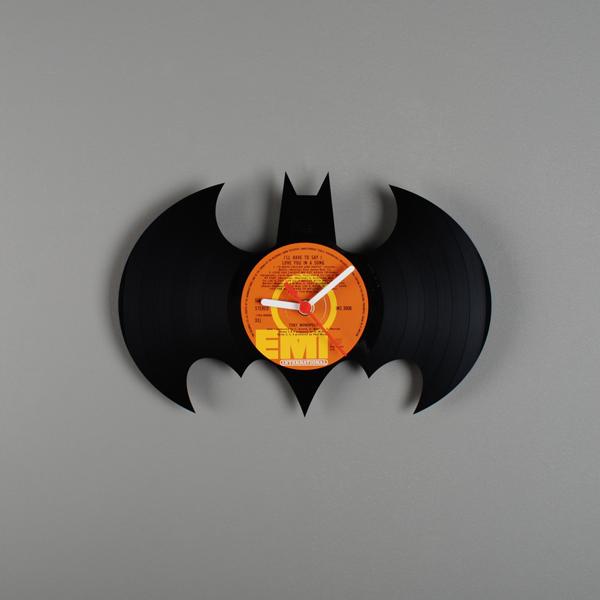 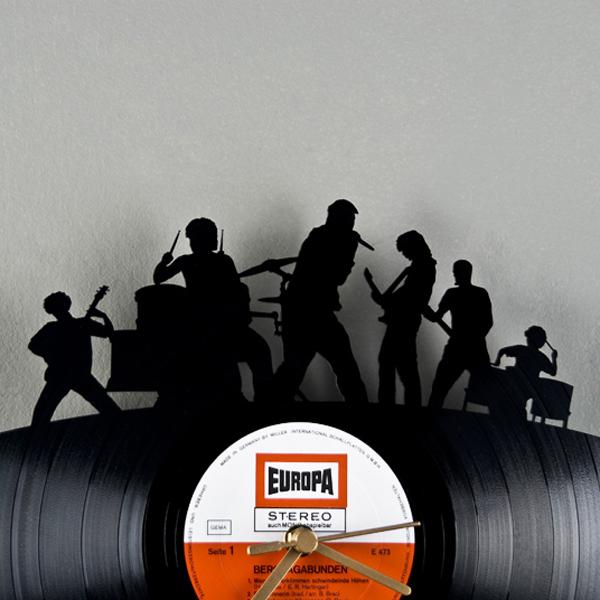 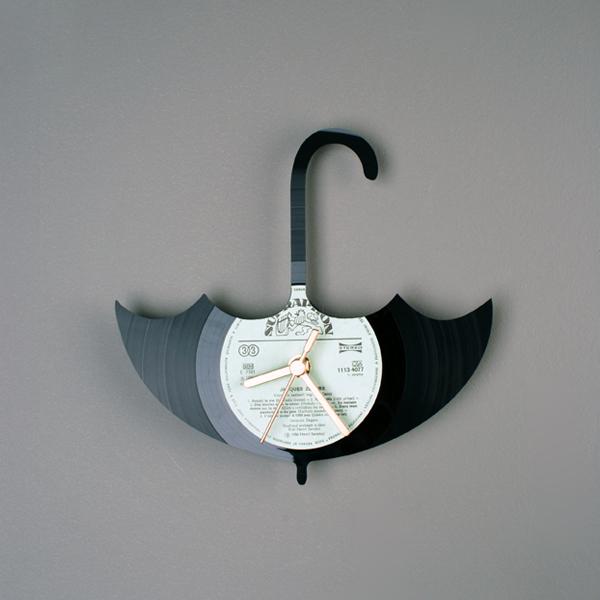 The time when everybody bought and listened to vinyl records is long gone, but there are still some creative people, except the DJs, who still use them. They use these records as raw materials for making art pieces. The best example is the Estonian designer Pavel Sidorenko who used vinyl records as support for creating very cool and modern wall clocks. This is a new way of recycling and producing new kinds of goods for the buyers.

The idea of these original clocks is pretty simple: you take an old and used vinyl record and carefully cut it according to an even more original design. Here are some examples of designs belonging to the above mentioned Pavel Sidorenko: winged bird, teapot, bat, men at war, cow, umbrella, nesting bird, penguin, monkey, chair, rhino, rabbit, etc.

The coloured spot in the middle where they normally write the name of the songs and of the band is used as the background for the clock. You don’t even have to write or stick the numbers on the disc because people are already used to “reading” the time without them, by simply watching the place of the clock handles. These cool clocks can be bought for 37 euro each.