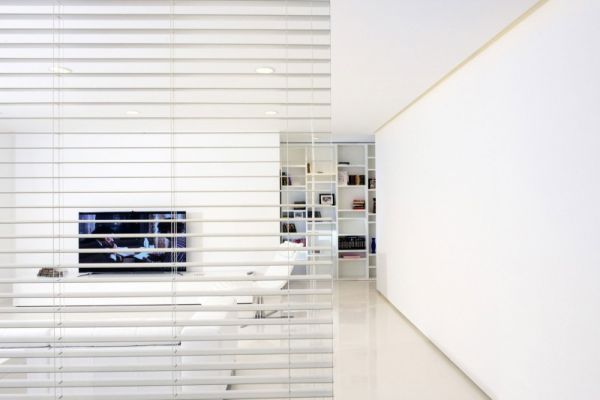 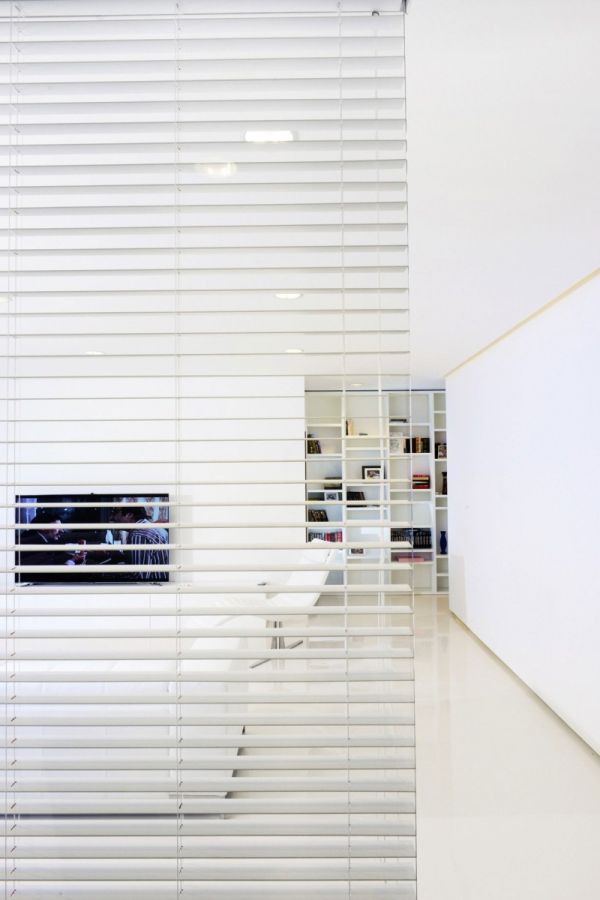 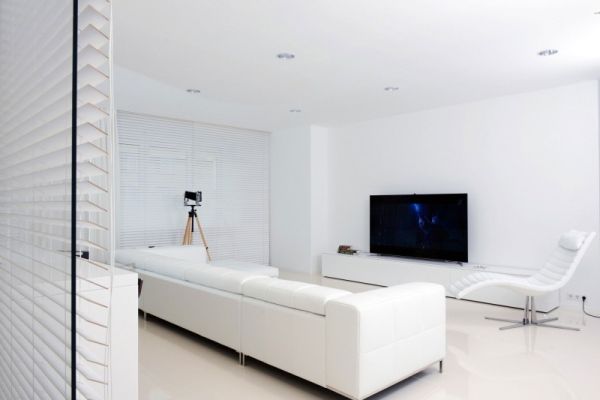 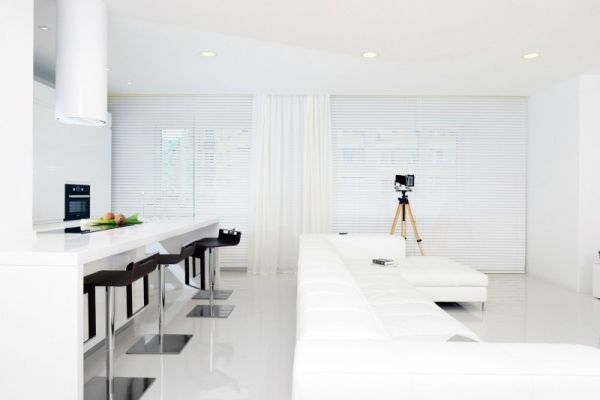 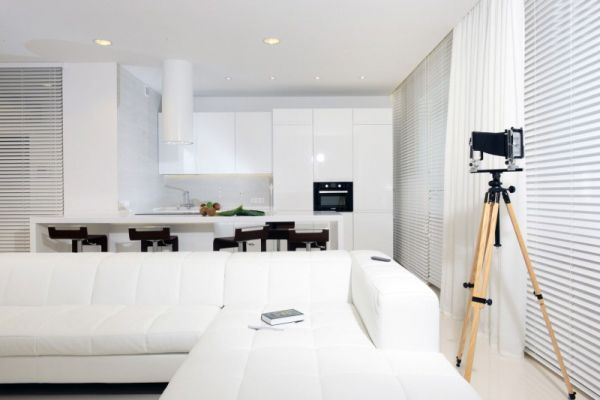 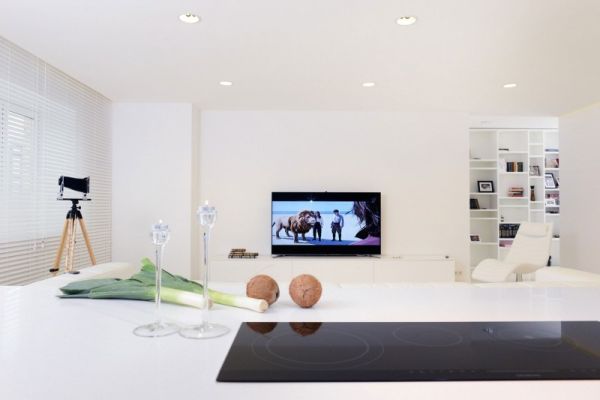 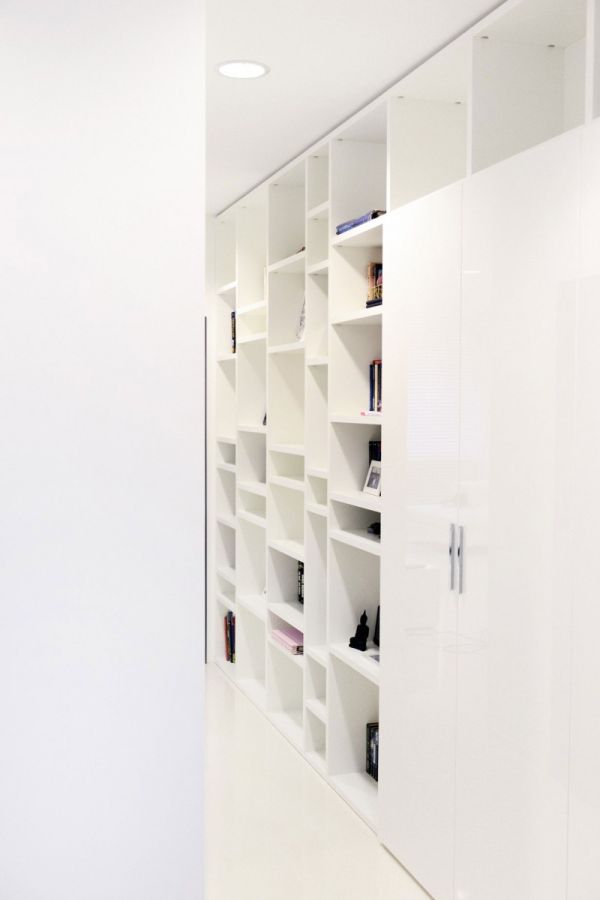 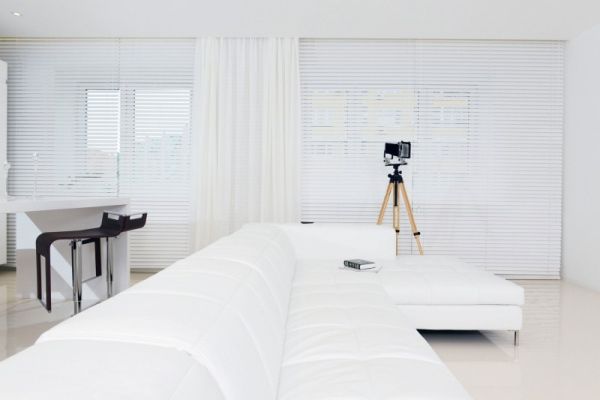 This is loft_9, an apartment situated in Moscow, Russia. It’s an interesting space because of the interior design. The apartment was a project developed by ARCH.625. As you can see, the color palette the team chose for this space is not very rich in shades. It’s mostly based on white, a pure and simple color which doesn’t transmit much in terms of emotion.

Because the interior of the apartment is almost entirely white, it tends to look a little cold and uninviting. It’s a feeling you usually get when you step into a hospital and it tends to get generalized to any other space with a white interior.

However, the cleanliness and simplicity of this space are part of the décor for another reason. The idea was to turn this apartment into a very tranquil and serene space and white was the perfect color for that. Some contrast was needed so black accent details were introduced.

The dimensions of the apartment were not very large so, in order to maintain an airy and open feel throughout, the different functions were not separated with walls but with room dividers. This way the zones communicate with one another and form a large social space with the possibility of enclosing certain areas for privacy.

Another detail that makes this apartment so serene and tranquil is the beauty of the simple and clean lines and the delicacy of the curved lines featured in the form of furniture and accessories.