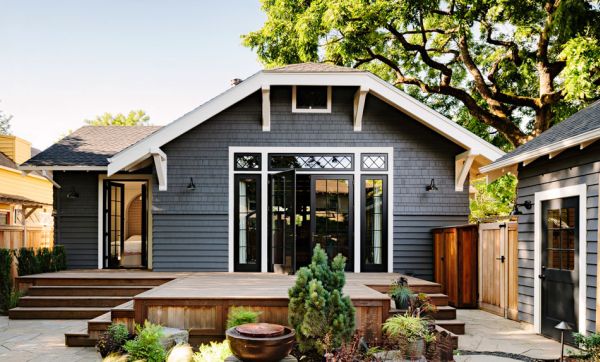 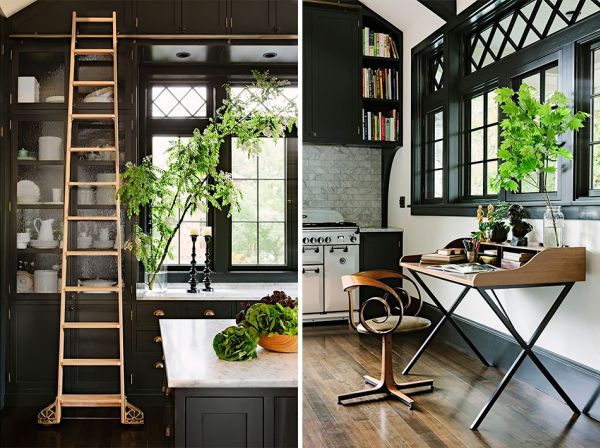 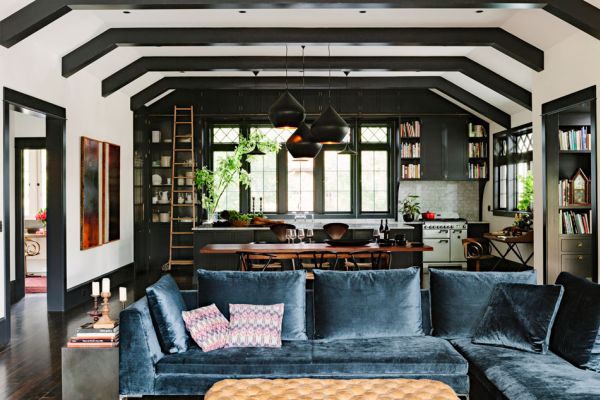 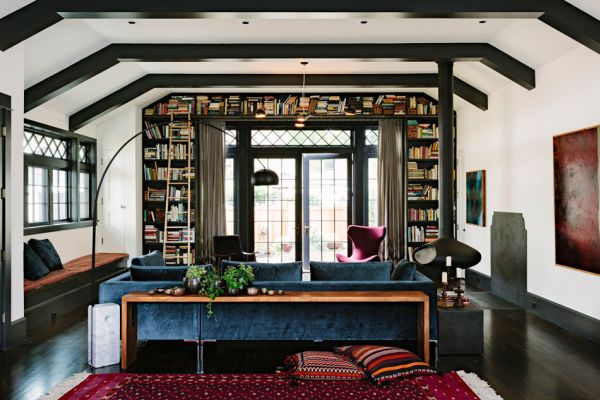 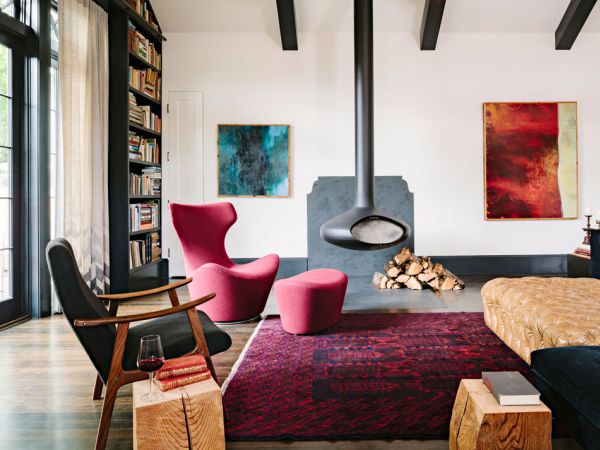 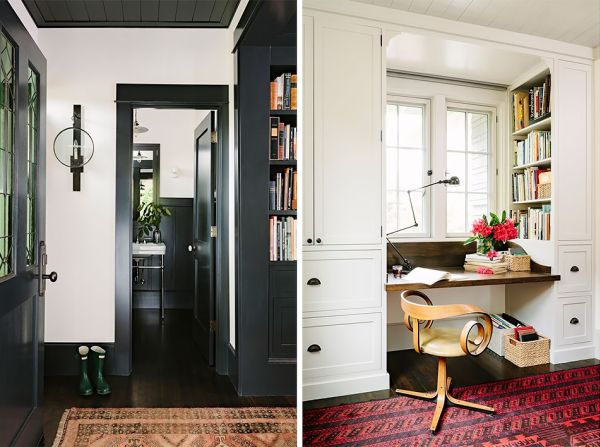 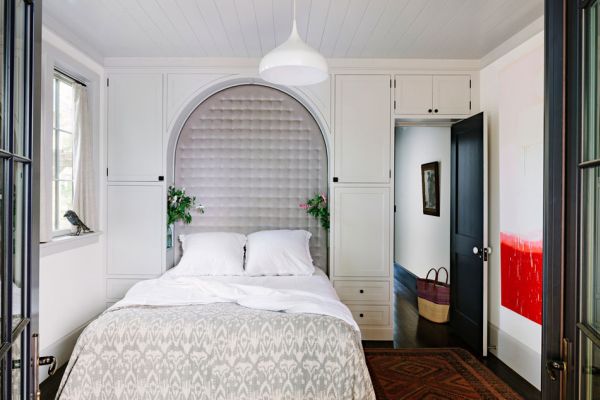 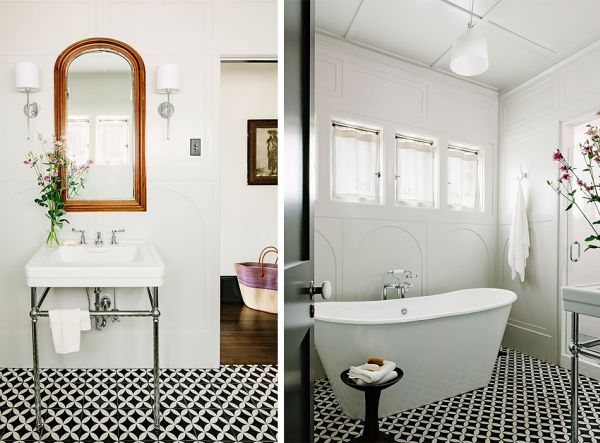 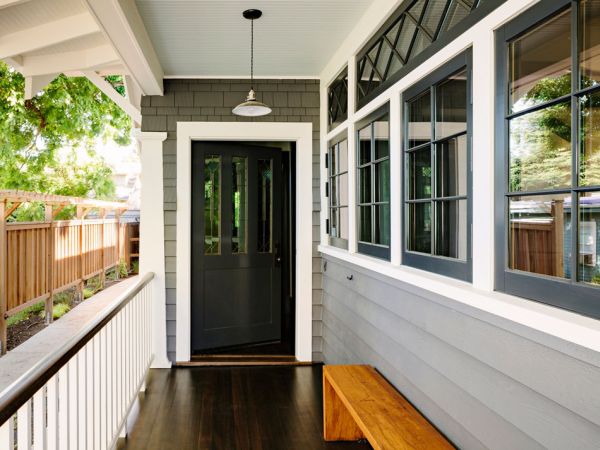 Originally, this building used to be the public library in the Sellwood neighborhood of Portland. At one point, the library moved and the building became an office for the church across the street. Then the building’s current owners had the idea to transform it into their home. Given the history of the building, its architecture and internal distribution were a little unusual for a home.

The designers decided to keep most of the original elements. For example, they preserved the big open space and decided to turn into a great room with kitchen, dining and living areas. 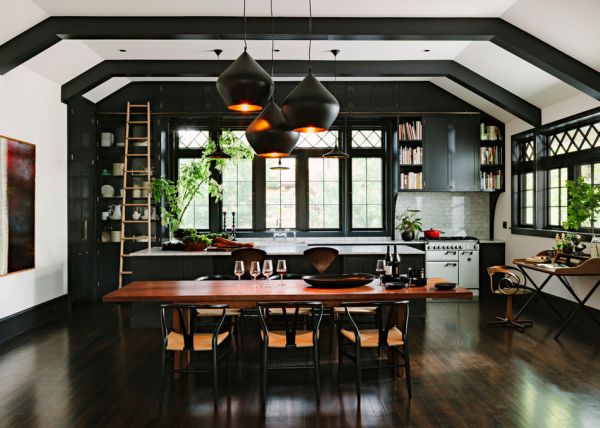 The open front porch was enclosed and an entry was created. On the side of the building, an annex was added to create two small bedrooms and a new bathroom. The basement was excavated and a sauna, a laundry room, an exercise room and a recording studio were created there. A new garage was also added.

In an effort to preserve the theme of the original library, bookshelves were added throughout the house. They can be seen at the entry, in the great room and around the desk in the guest bedroom. Library ladders were also added on both ends of the main living space to provide access to the tall shelves, just like in a regular library. The style chosen for the house is mainly traditional with vintage touches.