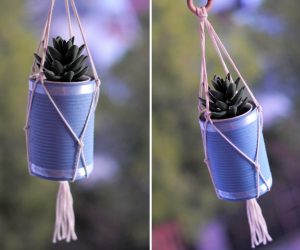 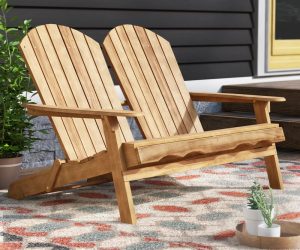 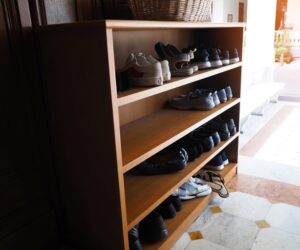 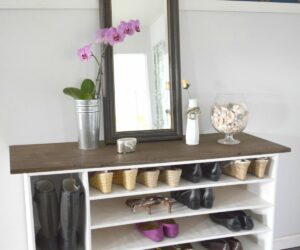 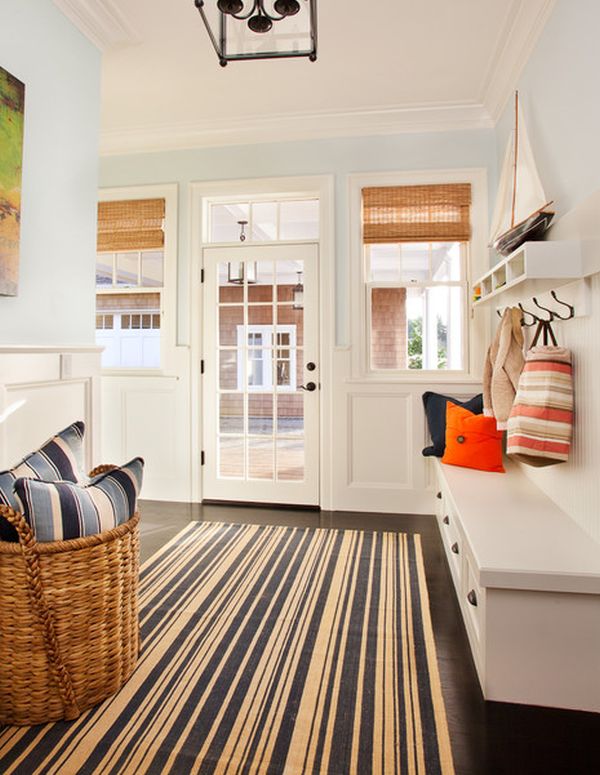 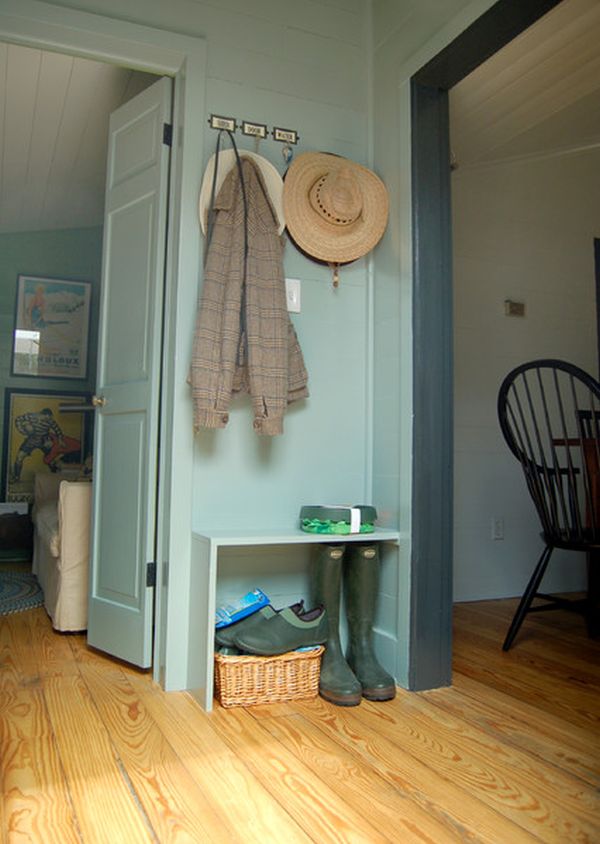 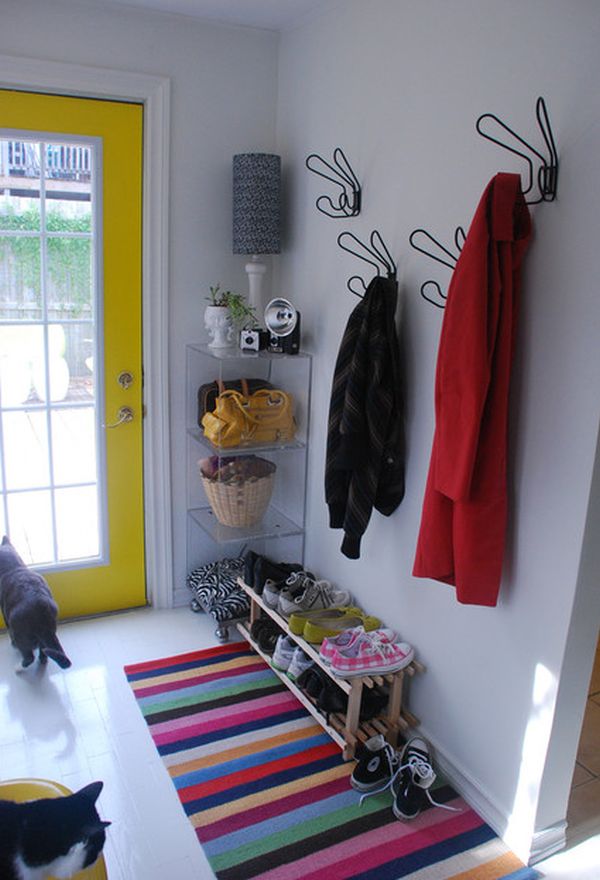 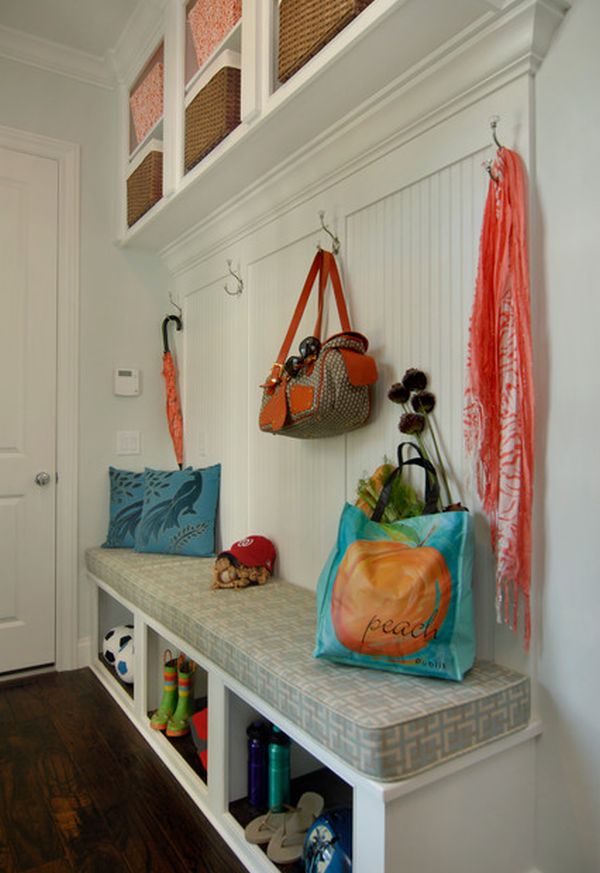 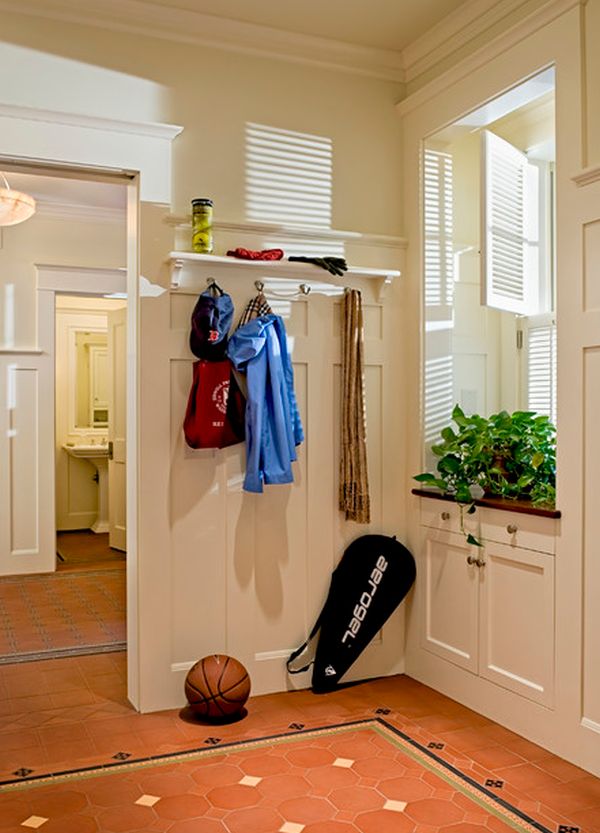 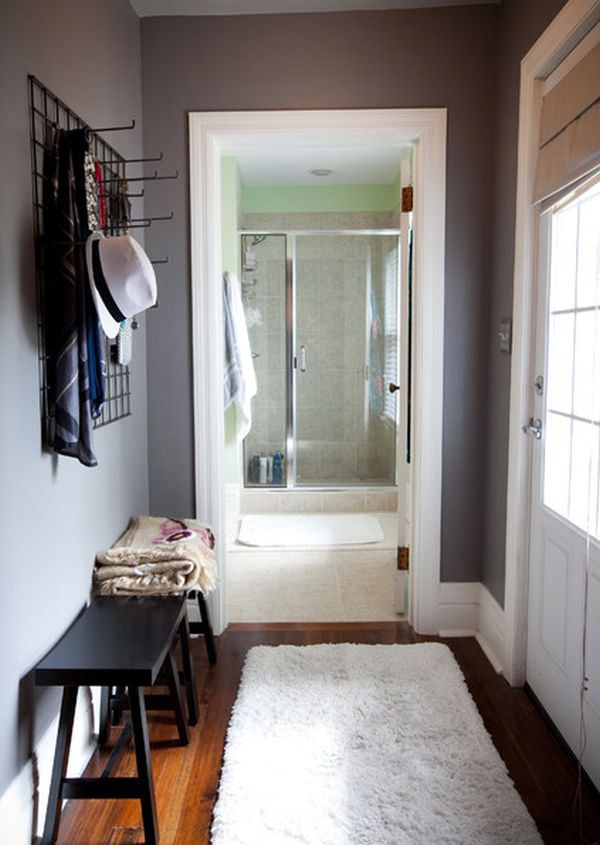 The entryway is a transition space and the area that creates the first impression when entering a home. It’s a reflection of the rest of the house but it’s also a space that needs to be functionally and practically organized. It needs to have plenty of storage space for shoes, coats, scarves, bags and everything else. A great way of saving space while also being functional is using hangers. For example:

This entryway features a very clean and simple décor. It’s functionally organized and features a low cabinet that also doubles as a bench, a long and narrow wall-mounted unit with four small compartments and a hanger placed directly underneath it. It’s a clever used of the space.

But not all entryways are as large as that one. When you only have little space available, it needs to be used properly. In this case, for example, there’s a small partition wall not really suitable for placing a cabinet against it. Instead, an improvised storage space was created on floor level while a hanger was placed above.

Even though it’s a common choice, robust pieces of furniture aren’t very suitable for small entryways. When the space is limited, using small, independent pieces can help make everything seem airy and uncluttered. So instead of using a one-piece hanger ad a cabinet, this entryway features several individual wall-mounted hooks and a series of storage compartments and shelves.

Using wall-mounted furniture is a very clever idea, especially for the entryway. There are certain elements that you don’t use on a daily basis but that still need to be stored there so you can place them up in the cabinets while everything else can be placed on the hanger and inside the bench.

Of course, hangers can be freestanding pieces as well. They are usually integrated in more complex designs but, if you want to maintain a clean and minimalist look, a simple hanger placed on the wall and maybe even a shelf above it would be enough. It’s functional but it’s also clean and simple.

Another common combination is that of a hanger and a bench, usually placed one above the other. This particular hanger is simple and not very glamorous but has a very functional design. The hooks are for jackets and hats while the webbing is for scarves. It’s simple and space-saving.