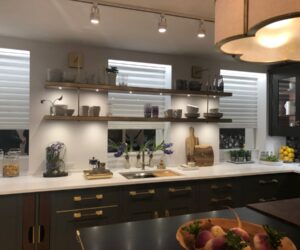 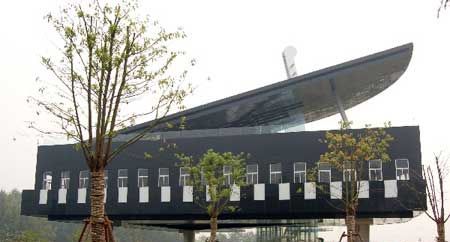 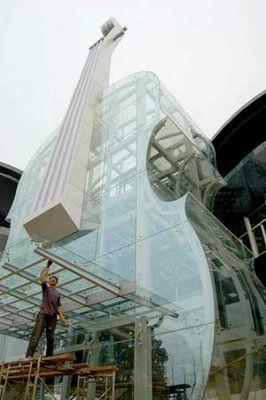 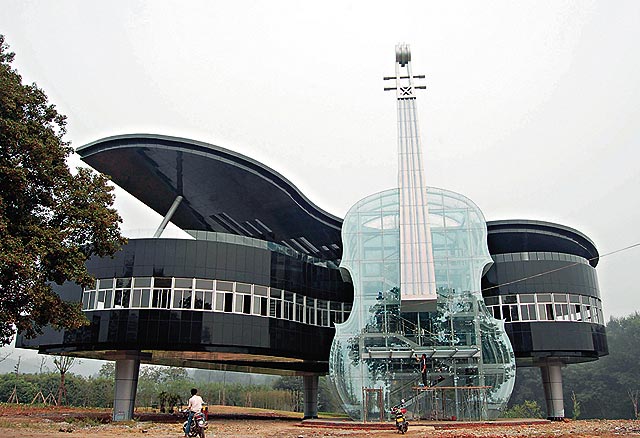 Sometimes the great things that appeared in the world were made possible only thanks to the enormous ego and power of some people that ruled a country or another. This is how pyramids appeared and the Taj Mahal and I am not sure that ordinary people really wanted them.

Any way, sometimes this is a good thing while some other times the decisions seem simply crazy. Or how would you call the idea of building a house, a hotel in the shape of a piano and whose stairs look like a glass violin in the middle of nowhere. Because this building does exist and it is situated in the Huainan, Anhui province in China.

I love the design of the building, but how to attract tourists in a place where they have nothing else to see. And apparently this was the only reason for its construction: to bring as many tourists as possible in order to improve the local economy. Well, at least they have something unique and with an original design to be proud of.