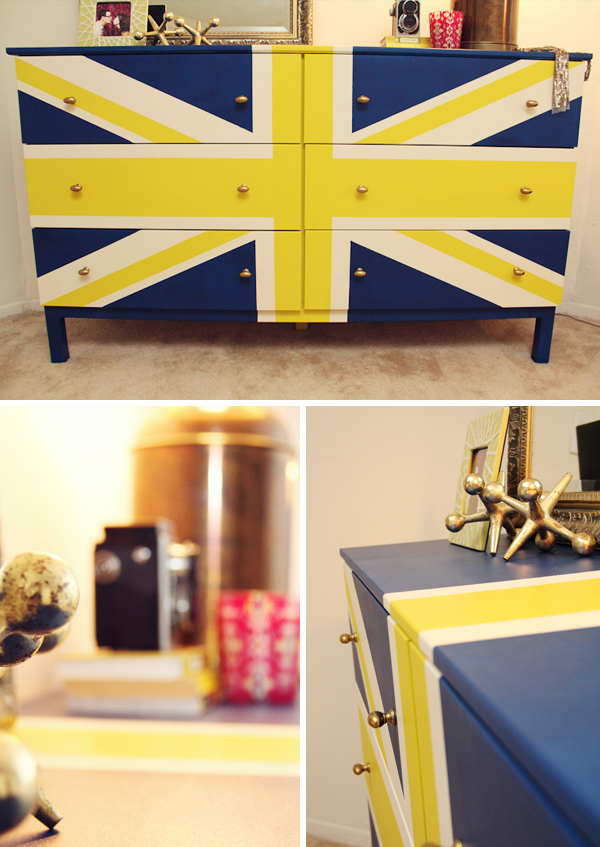 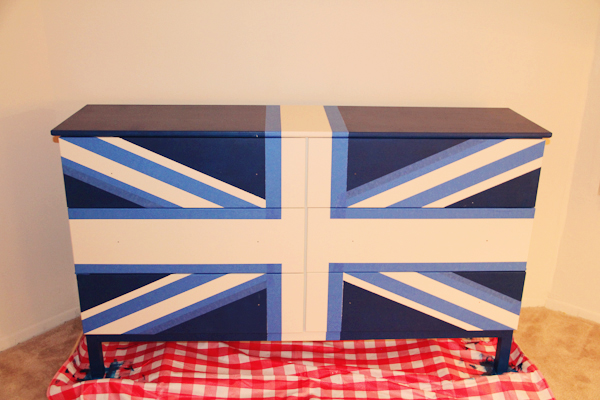 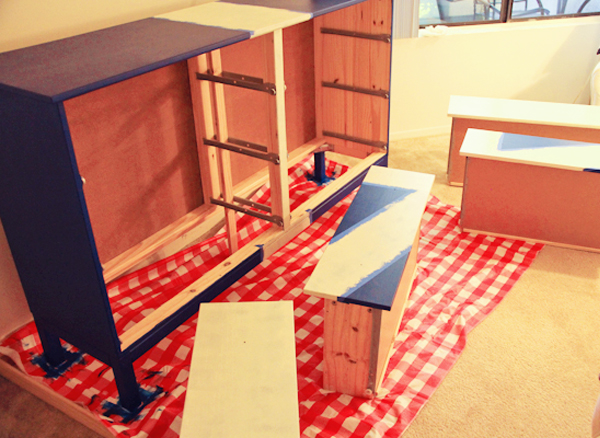 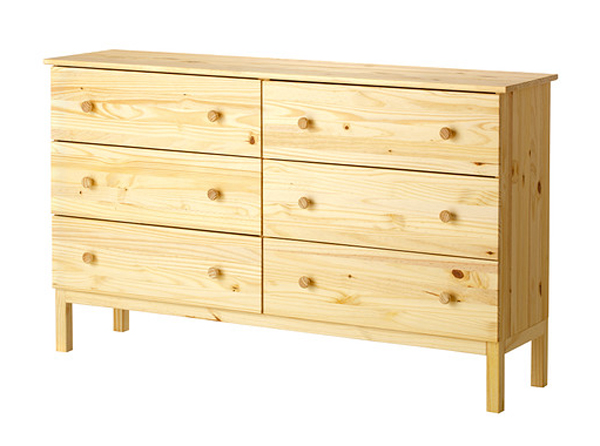 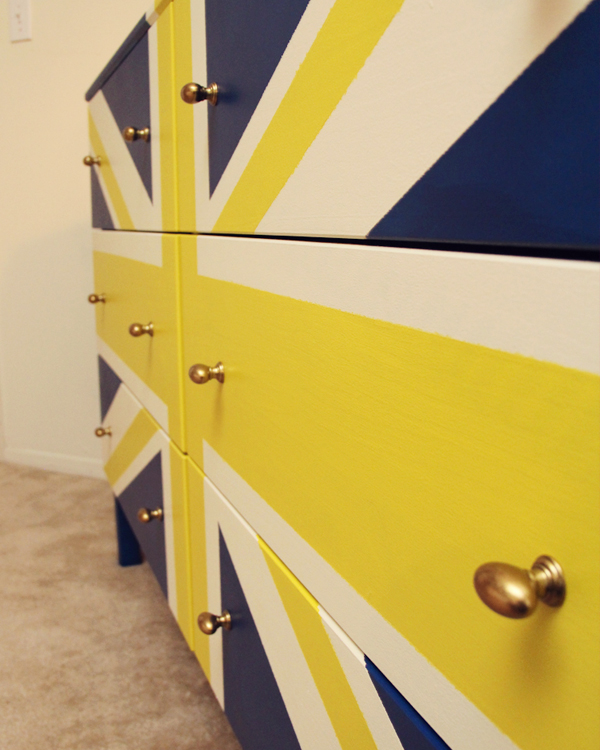 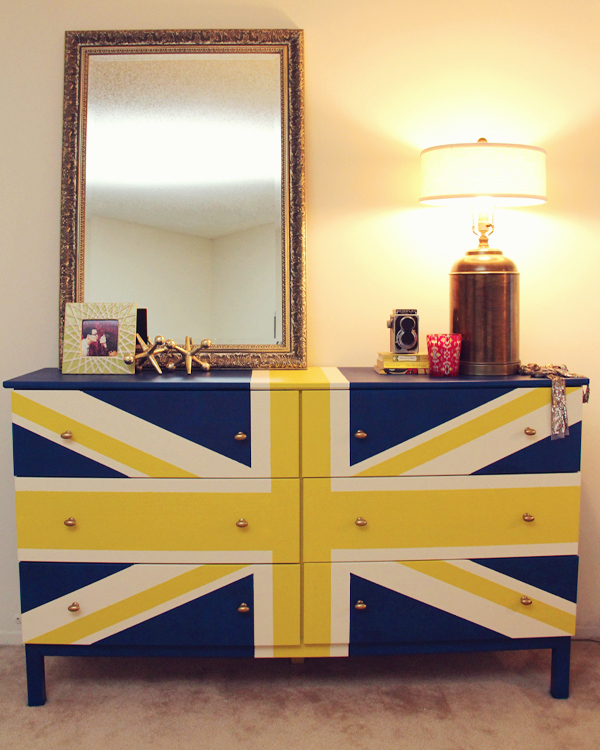 Zinsser Primer, three shades of latex paint, small foam paint rollers, painter’s tape, raw wood dresser and knobs are some of the materials used for this nice project. Blue was used as the base color for the entire raw wood dresser. Then, the borders were taped off for the large white stripes and in the end some stripes were taped off for the small colored lines. Although the project may take some time its colorful and personalized design make you forget about any efforts.{found on lovelyindeed}.