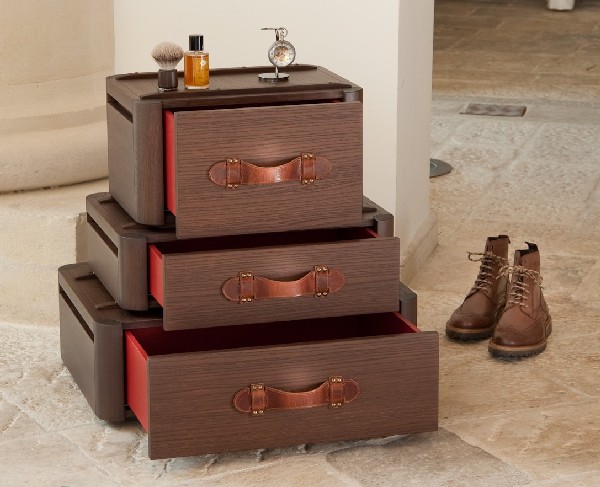 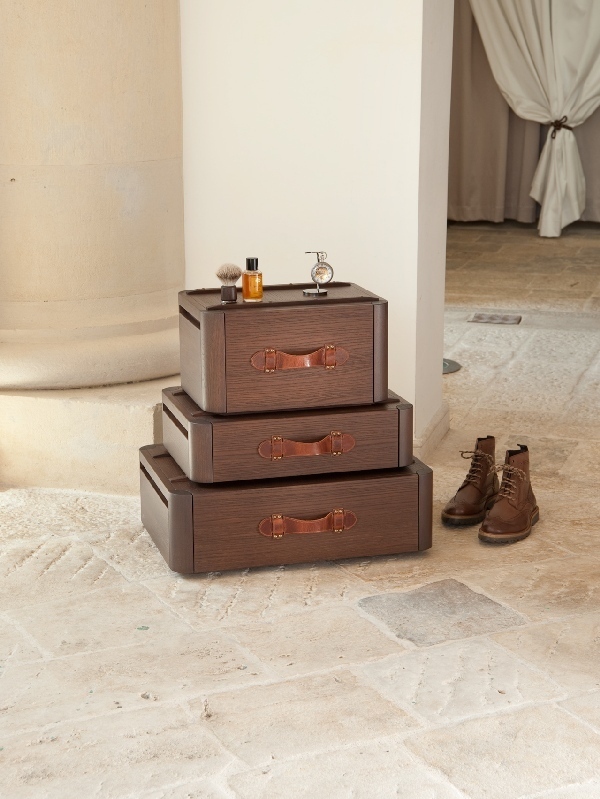 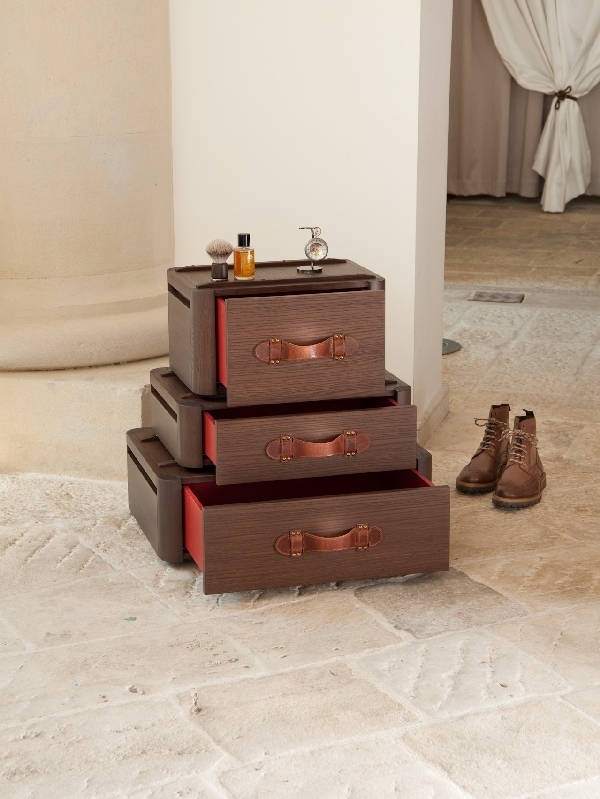 The idea of turning old suitcases into furniture is actually not that original. There are several different designs that basically started from the same idea. It’s a way of creating something different and unique and a way of including something that brings back memories in your home while also making it functional and useful.

Fabio Vinella has created a series of suitcase drawers. It’s actually a cabinet made from three matching suitcases featuring different sizes. The suitcases have been places one on top of the others thus resulting the cabinet. Of course, it’s much complicated than that. First the suitcase had to be taken apart and only then pieces from the suitcase have been incorporated into what later became a drawer.The result was this original piece of furniture that would be perfect for those who like to travel and want a reminder of that in their home.

The piece is called Travel Drawers, a simple but inspired name. The drawers are not actually made of old suitcases. They only copy the shape and design of those items. Travel Drawers is a series of modular wooden drawers inspired by old suitcases. They can be placed basically anywhere and create a unique atmosphere. The Travel Drawers come in two versions in terms of color: tobacco and warm gray. Also, they are available in three sizes. They can either be placed one on top of the others or simply used separately.