I know that imagination is what separates us from the rest of the animals, but sometimes people use it only to create unusual things that have no sense of usefulness. Let’s take for example the following chair that was designed by some guy called Ricardo Bovo and whose pictures were published on his web site. It is called the “one hundred triangles stool” and is indeed … a stool made of a hundred triangles. These triangles are generated randomly by a computer algorithm and then they are each cut in wood using a highly performing laser. 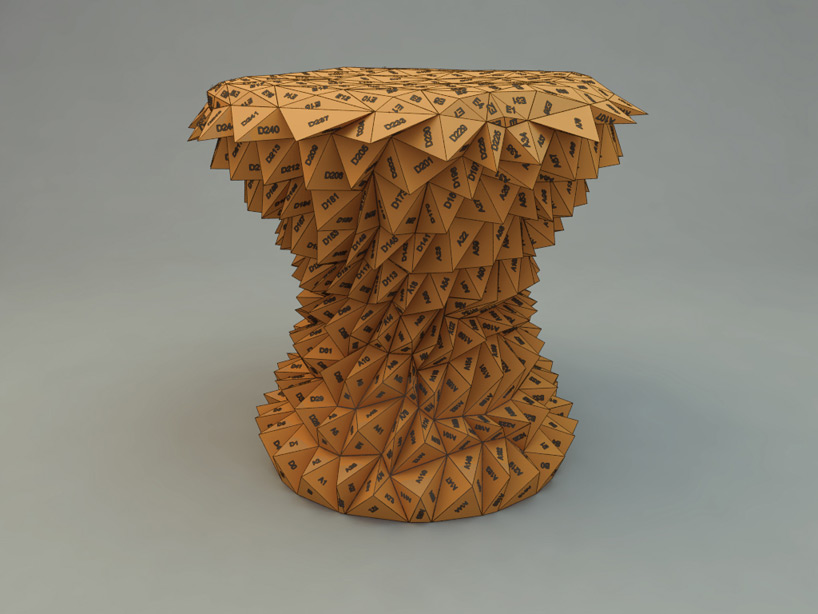 All the pieces of wood that now have the shape of a triangle are carefully printed with a specific code consisting of a letter and a number that helps the creator find their place in the whole ensemble and then all the pieces are linked together by using cable ties on the sides. The pictures that show the two stools where the author used glue instead of these ties are just models made of paper or cardboard that will be used afterwards for the wooden component pieces. Any way, the result is a very unusual stool that looks interesting and can be considered a work of art from my point of view, because it is something unique and draws your attention and also this Ricardo guy really spends a lot of time doing this. It looks nice, too, but only as an exhibit, as I wouldn’t dare sit on it. 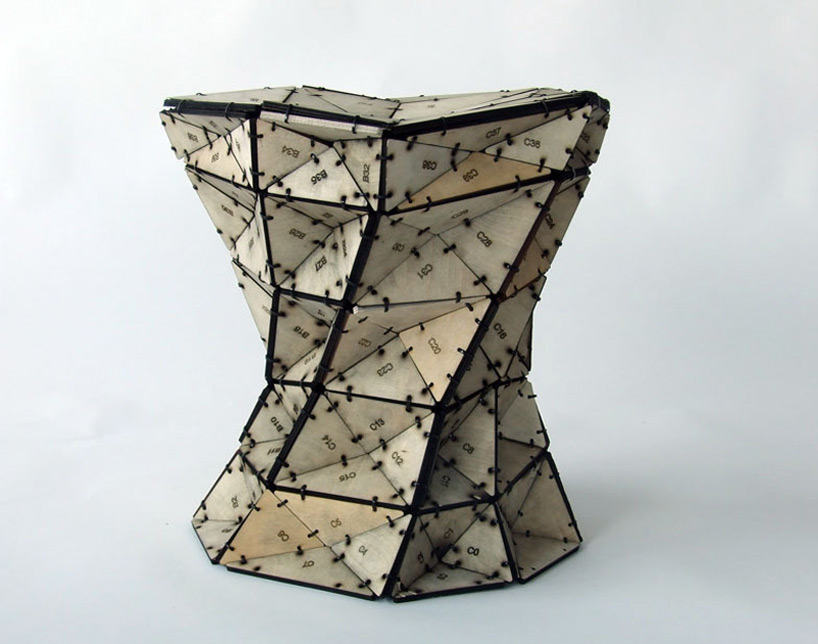 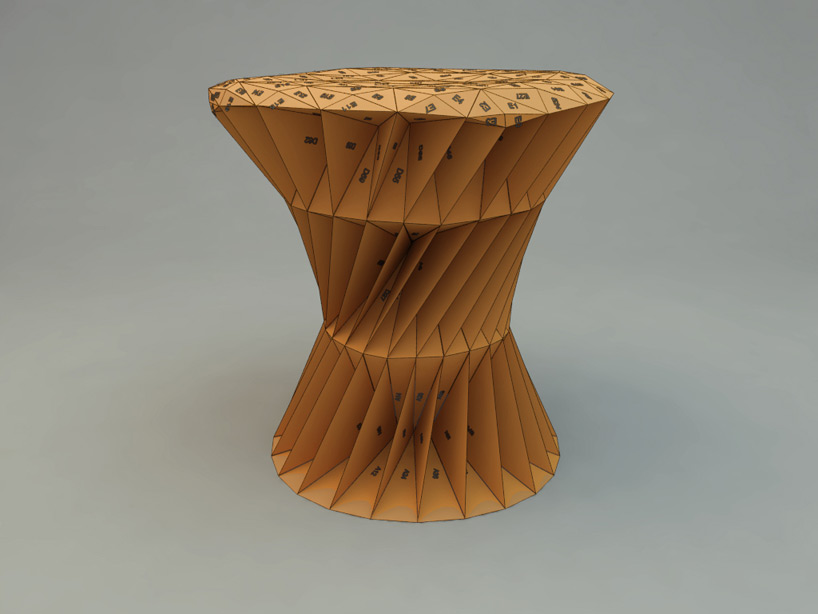