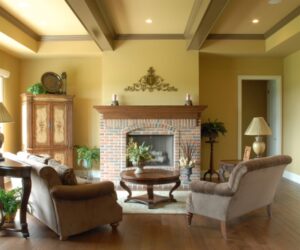 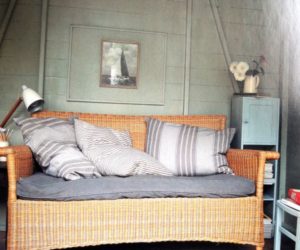 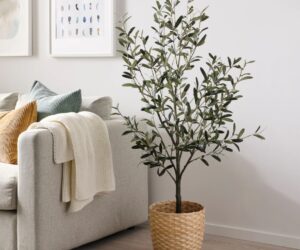 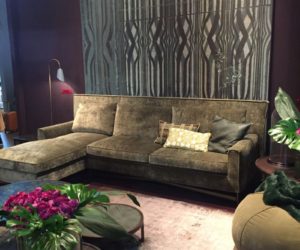 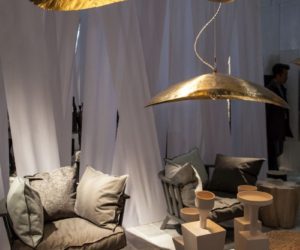 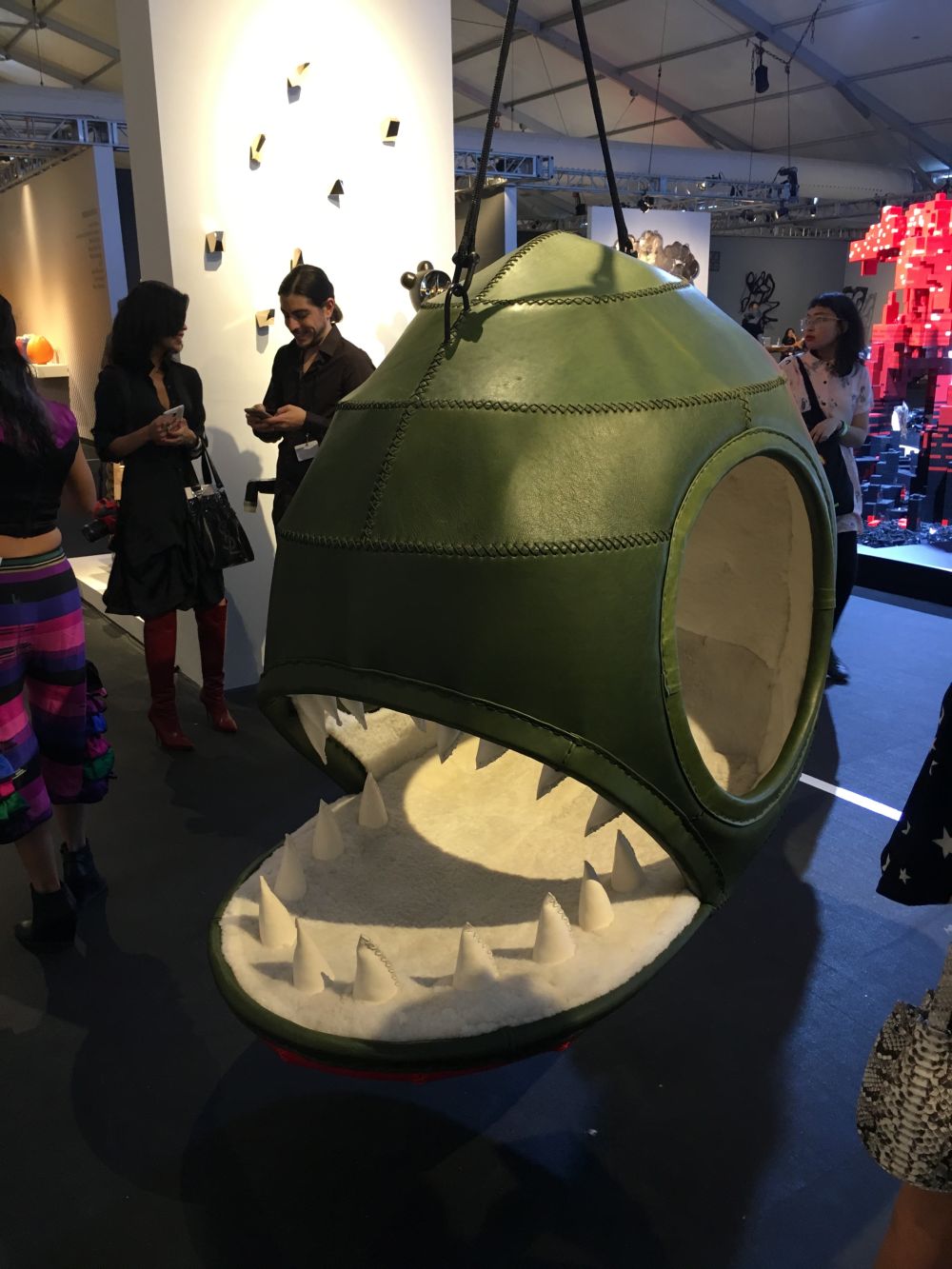 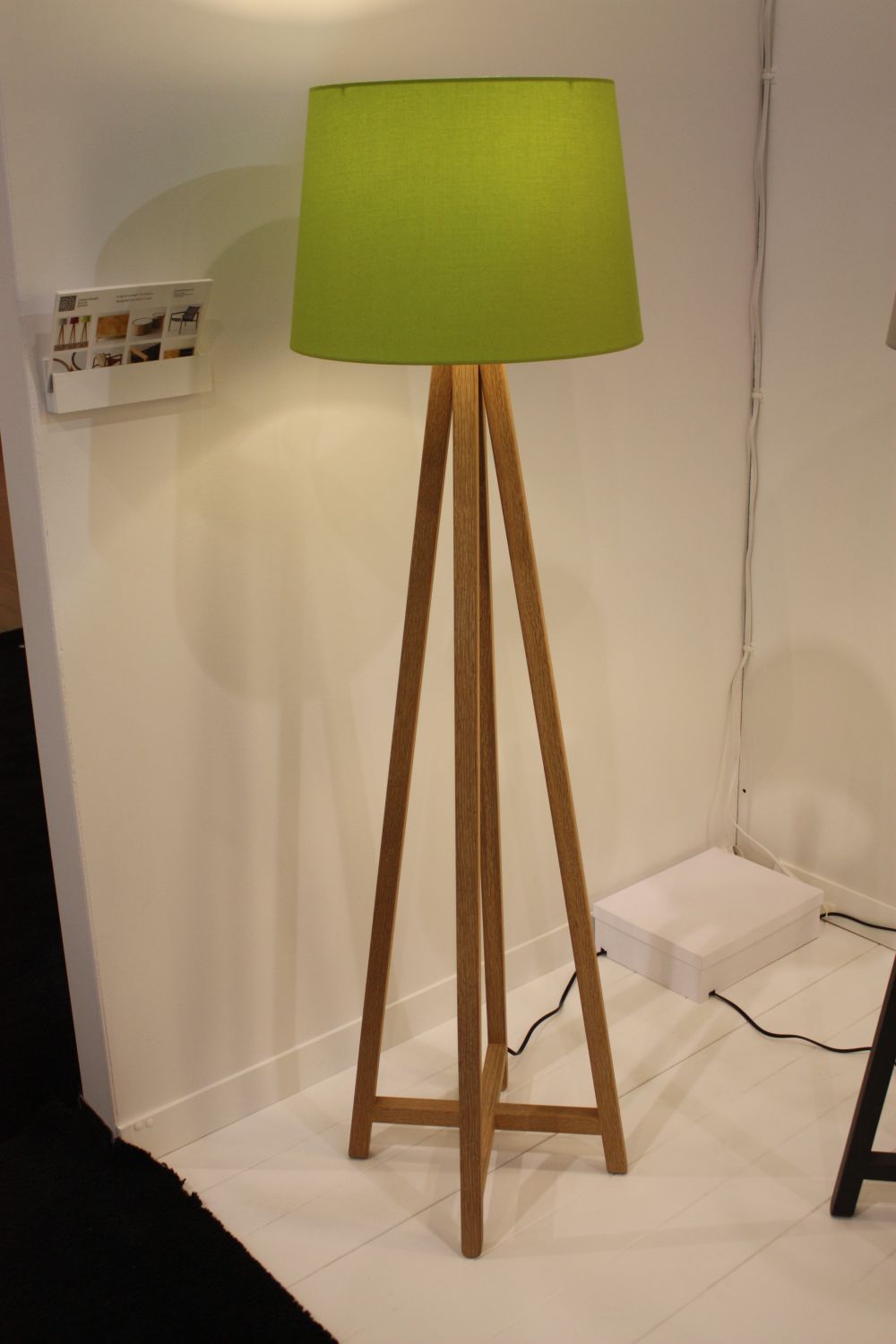 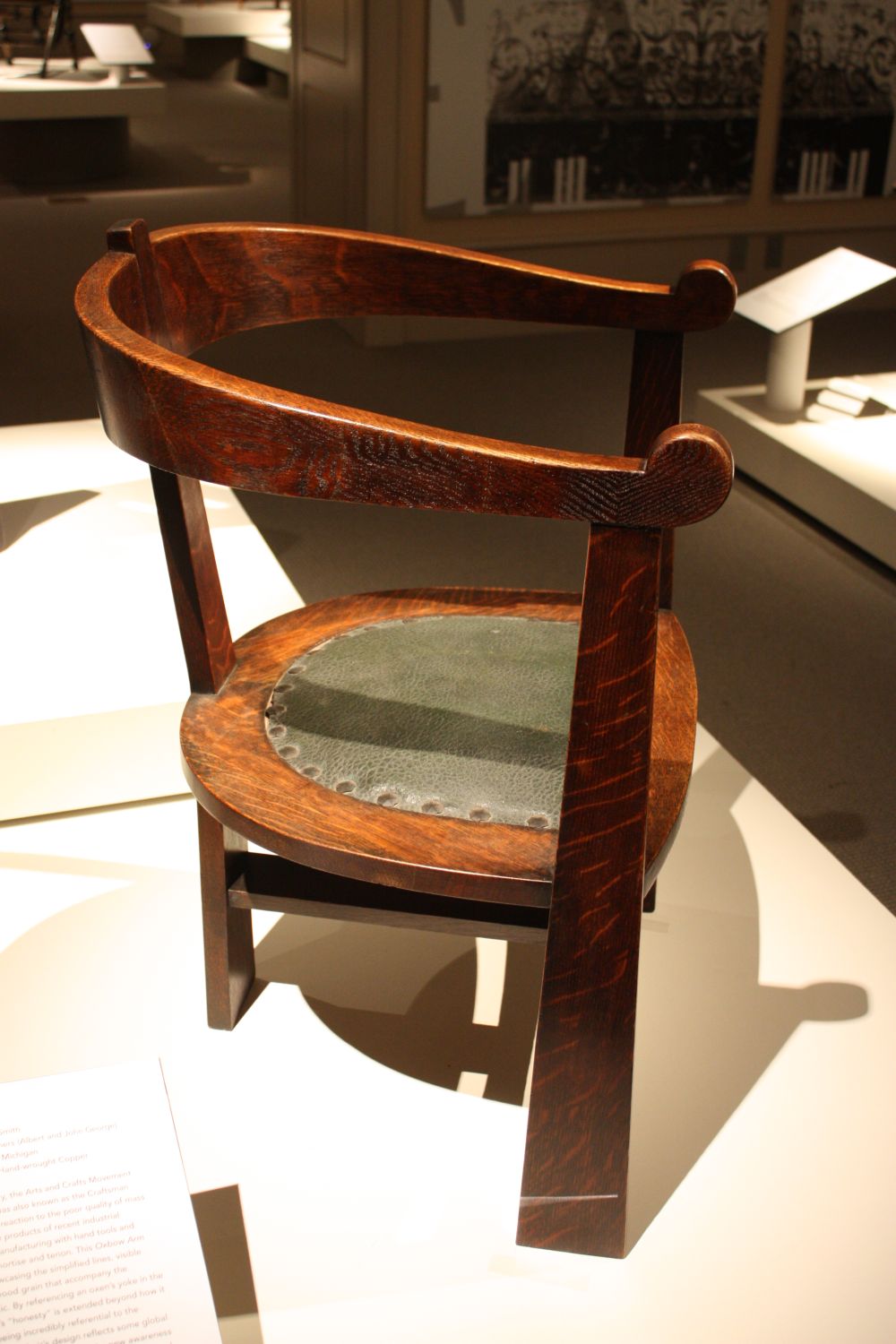 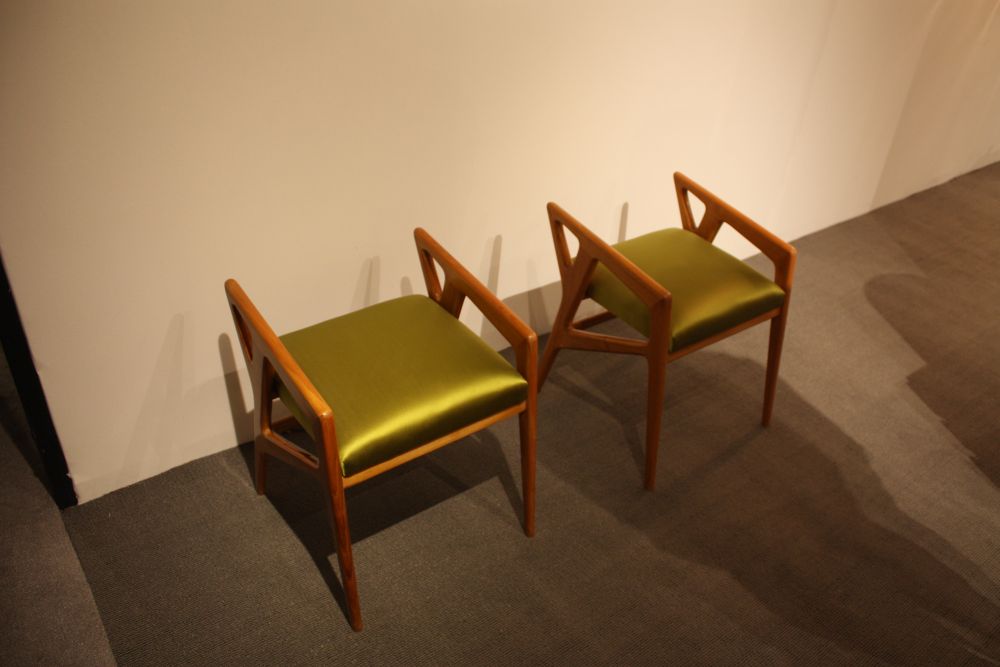 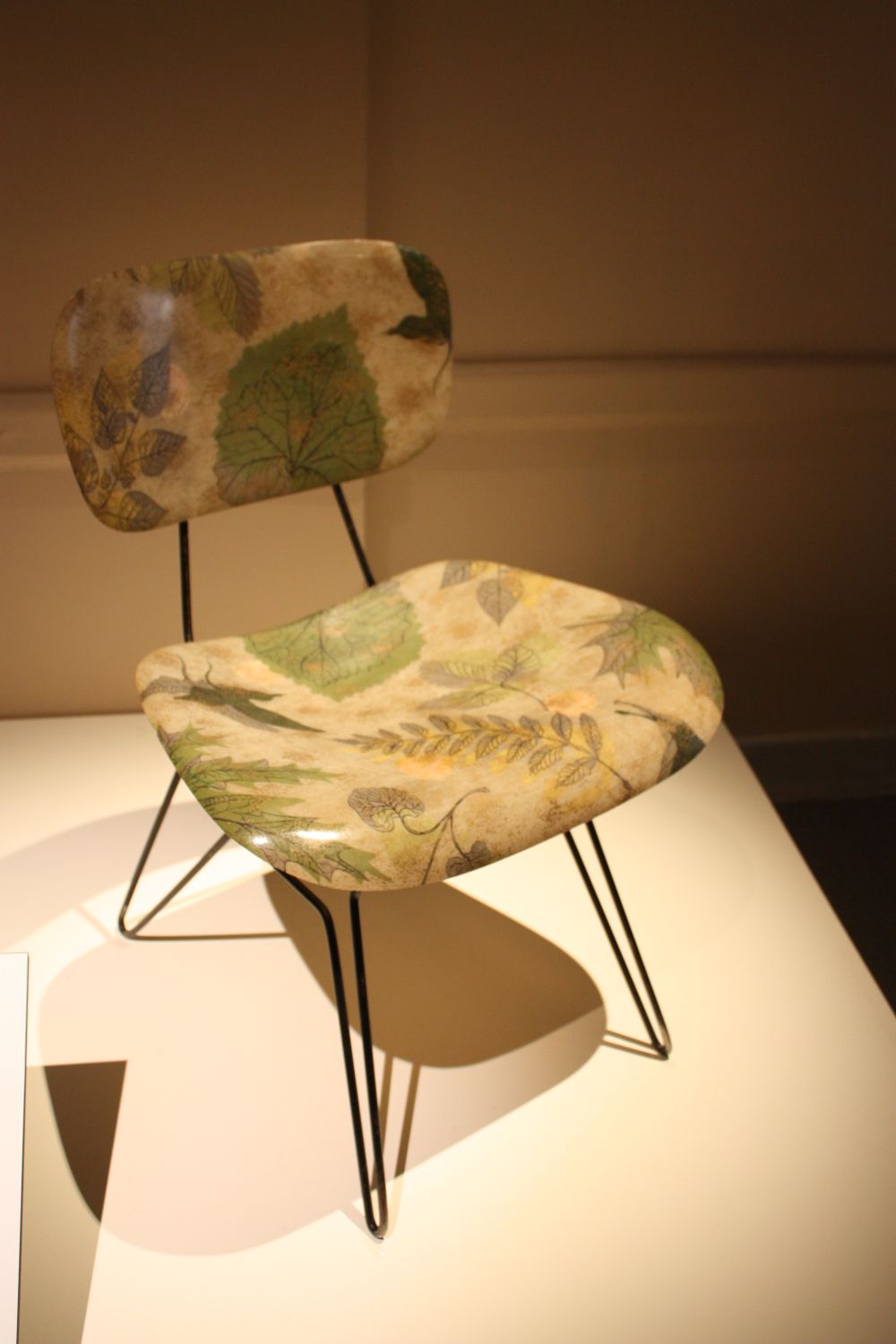 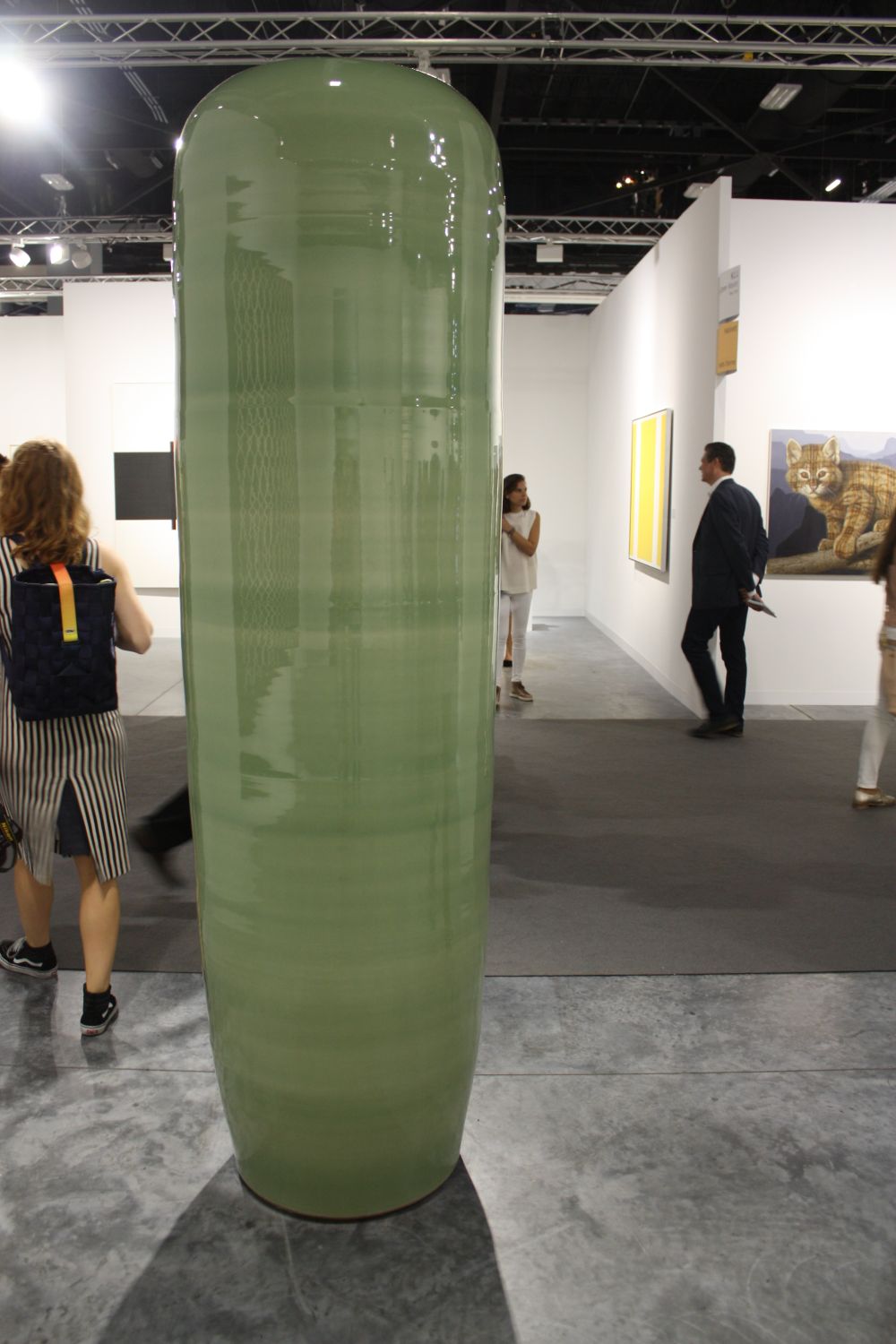 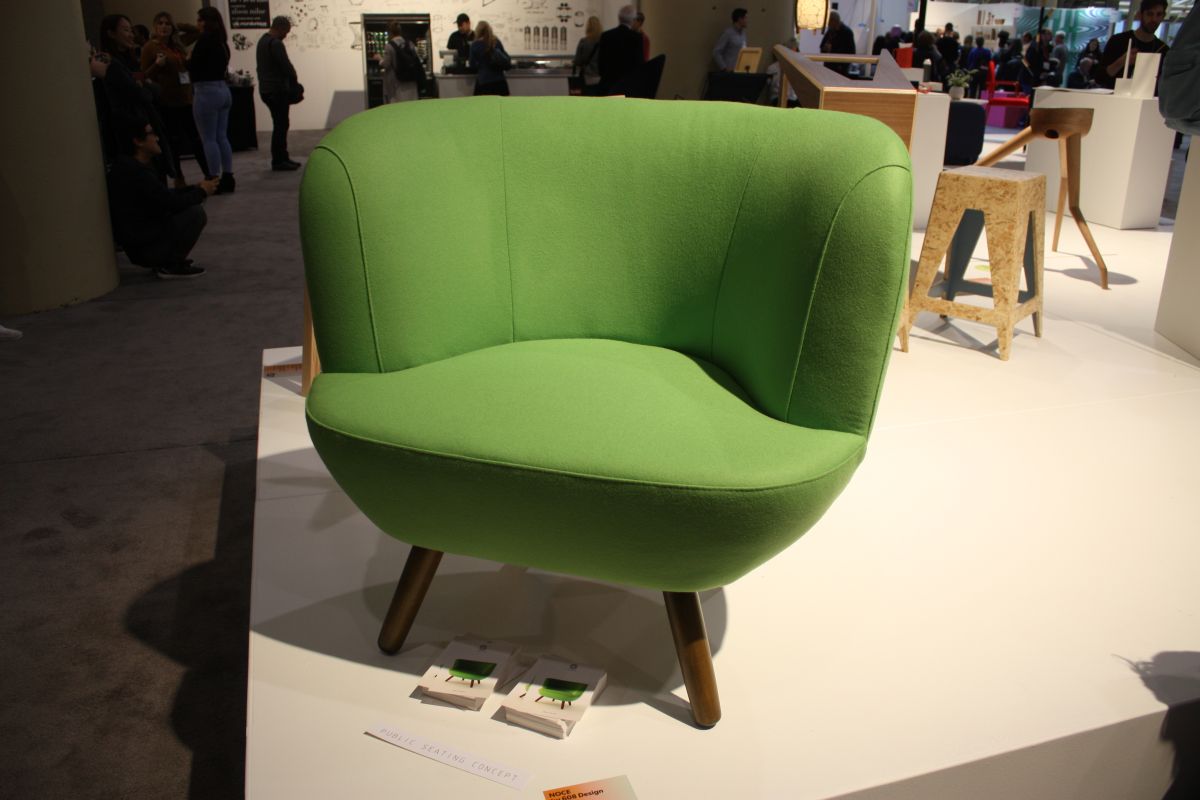 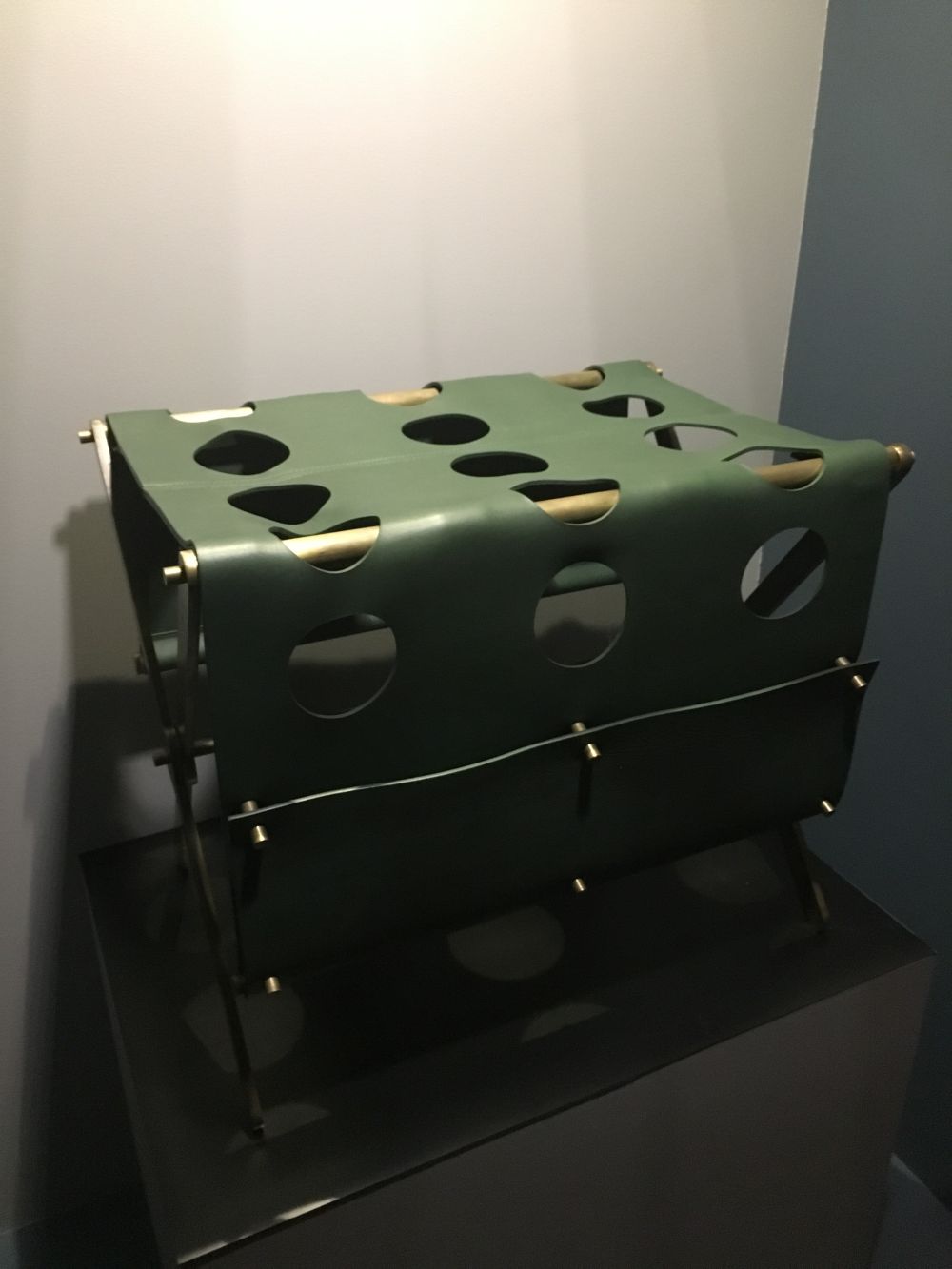 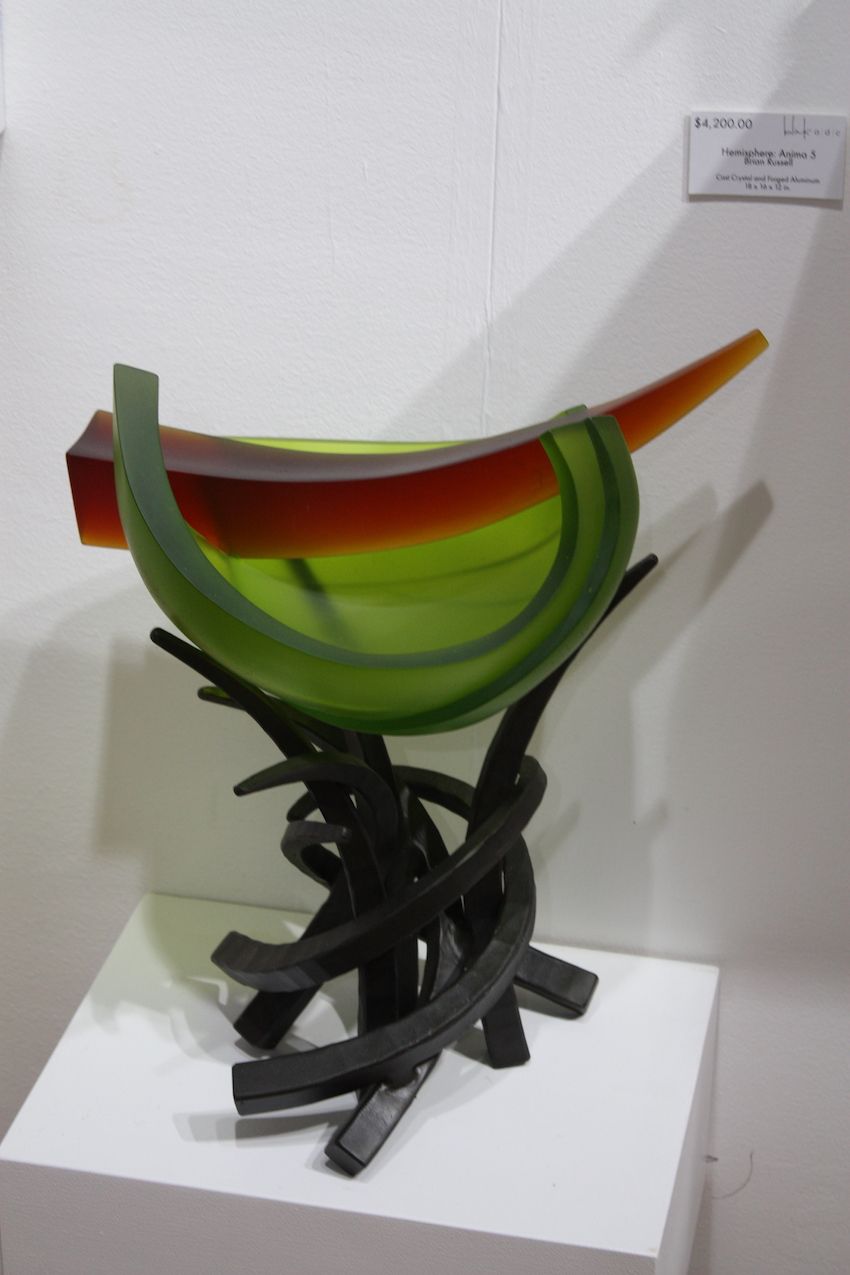 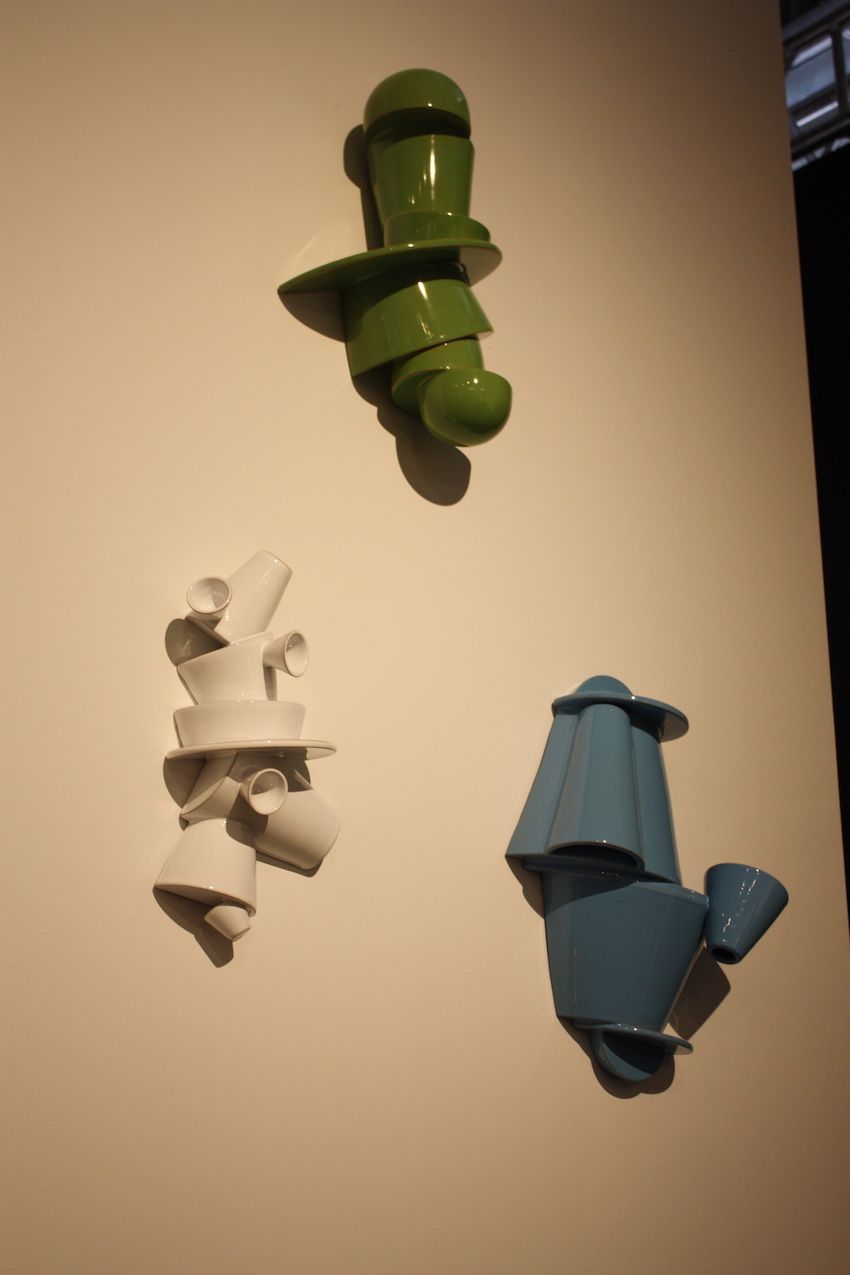 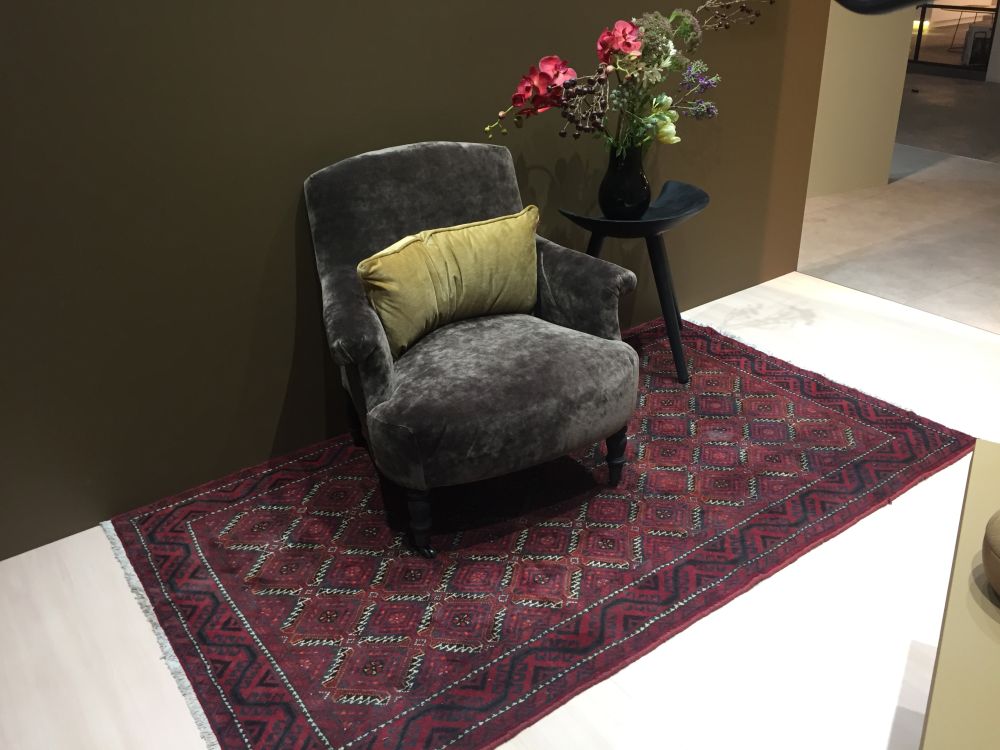 Olive color is making a comeback in interiors, and for good reason. While this hue and its close relatives were perhaps burned out from overuse four decades ago, olive is actually a useful color to incorporate into design. It’s a neutral, but one with personality. It’s a color, but one that doesn’t scream. Olive color is versatile, simultaneously stimulating and soothing, if that’s even possible. In this article, we’re going to take a look at this color and its variations for incorporation into the contemporary space.

What is Olive Color?

Olive is a rather muddy, dark yellowish-green color. It’s named after unripe or green olives, although variations appear on both sides of the spectrum (more yellow tints or heavier grey tones).

Even though olive color is commonly referred to as “olive green,” it’s actually a shade of yellow at its base, with various amounts and shades of grey or black added. This photo shows an olive color with a heavy dose of grey. Sometimes, olive can be produced when darker brown and green are mixed, which isn’t too surprising due to the family connection of yellow and brown.

One interesting way to incorporate olive green into home design is to contrast its inherent murky tone with a more reflective sheen or shine. Wood frames on these backless chairs with unexpectedly “glossy” olive green upholstery illustrate this juxtaposition beautifully.

Olive green definitely had a heyday in the 1970s, and it is trending again today. Its use tends to have an inherent sort of throwback appeal. Make the color relevant and current with modern details, such as what these hairpin legs do for this this retro-feeling chair.

The mineral olivine is the namesake of this paler tint of olive color. It is lighter, the color of mineral deposits or some algae that grow on rocks and elsewhere in nature.

While the inherent “muddiness” of true olive color might make it seem impossible, olive can lean more heavily toward the yellow end of its spectrum and appear quite cheerful and upbeat, even fresh. This chair is at the very end of the olive spectrum, sitting pretty closely to the start of spring green.

In spite of its downer of a name, olive drab is a favorite among olive color lovers. It’s a duller version of olive, created with a generous dose of grey and some brown, although the color itself is quite strong. When people think of camouflage, olive drab is probably one of the first colors that comes to mind because it has been used so extensively in camo (especially by the US Army) since World War II.

Technically, olive green (as an official color) is the hue that’s greener than olive and olive drab but less green than dark olive green. Olive green is often paired with buttery yellows and golden browns, because the result is an earthy, vibrant looking palette. (Bolder color pairings with olive green include true red or canary yellow.)

No surprises here: dark olive green is a, well, darker shade of olive green. Interestingly, olive color (and its variations) is considered a neutral color, which means it can be paired with a variety of other colors. This is useful to consider when olive makes a debut in an interior space – just because it’s green doesn’t mean it’s The Color. Think of olive as part of the neutral foundation, and add layers of color from there.

Because of its neutrality, olive color works well in almost any color palette. Softer tints of olive might be more effective when used in a darker, moodier space. Consider adding some visual depth with a deep shade of olive in a space that’s otherwise light and airy. Play around with this gorgeous color for ultimately satisfying color palette results.