Looking for some New Year’s Eve party ideas to make your party this year a smashing success? You’ve come to the right place. Whether your party is a small, casual gathering or an over-the-top glamorous affair, you’re sure to find some fabulous decorating ideas that will amaze your guests (and won’t hurt your wallet). Ring in the new year right with the best celebration of the year!

Use metallic tissue paper cut into strips to create a 3-dimensional garland that sparkles and shines for the festivities. This is a simple DIY project that gives a great big bang for your DIY buck. (Full tutorial here).

Balloon ceilings are magical in their own right; I love this one, with the pearly gold balloons up top and “floating” polaroid photos hanging from the balloon ribbons. Adds New Year’s Eve party décor at two different planes, plus the photos provide instant conversation starters. Great way to kickstart the mingling.

Just because Christmas is over doesn’t mean the lights should be put away quite yet…keep some of those puppies out to string across your ceiling (lucky you with exposed beams). Throw in a few paper stars for good measure, and you’ve got an instantly transformed, magical space to party under the stars, regardless of the weather outside.

Let’s be honest– if you can add some sort of shiny metallic to nearly any object, it’ll likely be perfect décor for your New Year’s Eve party. These simple gold tacked votive candles are no exception. Couldn’t get easier, or more festive!

These gorgeous cascading streamers are a modern, bubbly spin on the traditional paper garland. Making the circles smaller near the bottom of each streamer is a genius touch that’s reminiscent of champagne bubbles, and therefore a fabulous New Year’s Eve party décor.

It would still be New Year’s Eve without confetti…but barely. Transform some plain-jane balloons into orbs of magic by funneling bits of confetti inside. Hang them from the ceiling or let them float freely around the party floor. This is a very festive idea for a New Year’s Eve party on a budget.

If you’ve got some old glass vases hanging around, or even some mason jars, this is a fantastic way to make a great party impression for very little cost. Sprinkle some glitter inside a jar, and gently shake it all around. A battery-operated votive goes in the bottom of the jar, and you’ve got instant sparkle!

Little details, like adding black tuxedo bows out of cardstock onto your champagne glasses, will have a big impact on the success of your New Year’s Eve party décor. I love this idea, particularly for an elegant adults-only gathering.

This is a perfectly satisfying DIY project, and it’ll get major props from your New Year’s Eve party guests. Simply cut the year’s numbers out of a cardboard box and wrap them with the tinsel of a door curtain (found at dollar stores or party supply stores). Check out the tutorial for some tips and tricks with glue, but this is a fantastic low-budget party decoration.

A large star paper punch would make this DIY project go oh-so-fast, but you could cut them out by hand if you wanted. Get creative with the paper you use for your stars – scrapbook paper, tinfoil, rice paper, or really a mix of anything will make this a great component of your New Year’s Eve decorations.

Silver: Use it Big, Use it Often.

Something about the sparkly, glittery aspect of silver brings an instant glamour to any festivity. A silver tablecloth, for example, makes everything on and around that table feel like a million bucks.

For a more colorful take on New Year’s Eve party decoration ideas, but without forgoing the glitz and glam of gold sparkles, how about trying out some gold foil confetti-dipped balloons this year? Super easy, super festive, and completely customizable to your party’s color scheme. Love this idea!{found on studiodiy}.

There’s something about monochromatic décor – especially that in a metallic – that makes everything seem intentional and pulled together, regardless of its origin. If you’ve got a few glass bottles lying around, for example, try spray painting them gold. While you’re at it, spray paint and glitterize some cardboard numbers. It’s an eye-catching focal point and easy peasy New Year’s Eve party decorating idea!{found on nobiggie}.

Use some leftover ornaments from your Christmas tree (or snag them cheap from the stores after Christmas), your low-heat glue gun, and a Styrofoam ball to create this lovely shiny topiary. It’s always nice to have décor that adds height, and this one fits the bill perfectly.{found on simplydesigning}.

A photo booth is a fantastic way to entertain guests during a party…and enjoy the memories for months after the fact. This gold sparkly photo booth backdrop is also instantly festive as a decorative wall at the party, and it’s easy to DIY. Grab some gold wrapping paper, a circle punch, and an oversized bit of cardboard. Pin the circles across the cardboard, and your photo booth is in business!{found on cuteandcompany}.

Feathers are a straightforward decorating tool for the last-minute party décor. Gold glitter on the dipped tips make these feathers extra fancy; hang them vertically or in a garland near some twinkle lights, and you’ll have a fluttery, glittery decoration that will enchant guests all night long. You could consider sending them home as party favors, too.

These gold sparkly hearts are just as cute as can be, in a chic and glamorous way, of course. Grab yourself some gold pipe cleaners, form into the shape of your choice (hearts, stars, etc.), and let them burst like confetti out of the dessert of your choice. So simple, yet so perfect.{found on sayyes}.

Here’s a little nugget that you maybe didn’t know: in Spain, a popular New Year’s Eve tradition is to ring in the new year with twelve grapes (one for each month). If your New Year’s Eve party will involve children, skewers of 12 skewered grapes in vases around the refreshments table makes for a fun and different tradition.

It’s secret that mason jars make fantastic (cute and utilitarian) accessories on a refreshments table. While this idea – to spray paint the mason jar – is nothing new, it’s certainly eye-catching and a good way to add gold to a table that is otherwise lacking the festive metallic hue. Store utensils, straws, or even rolled napkins in a bunch of gold mason jars for a glamorous touch to your New Year’s Eve party eats. 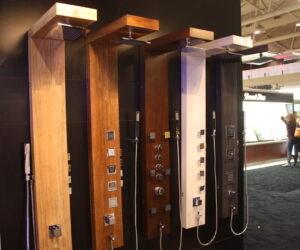 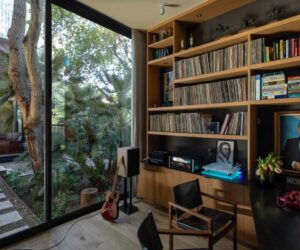 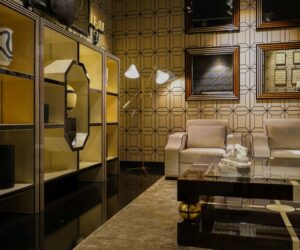 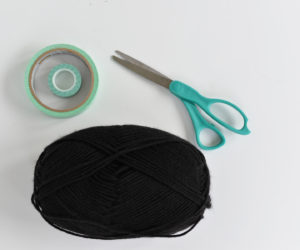