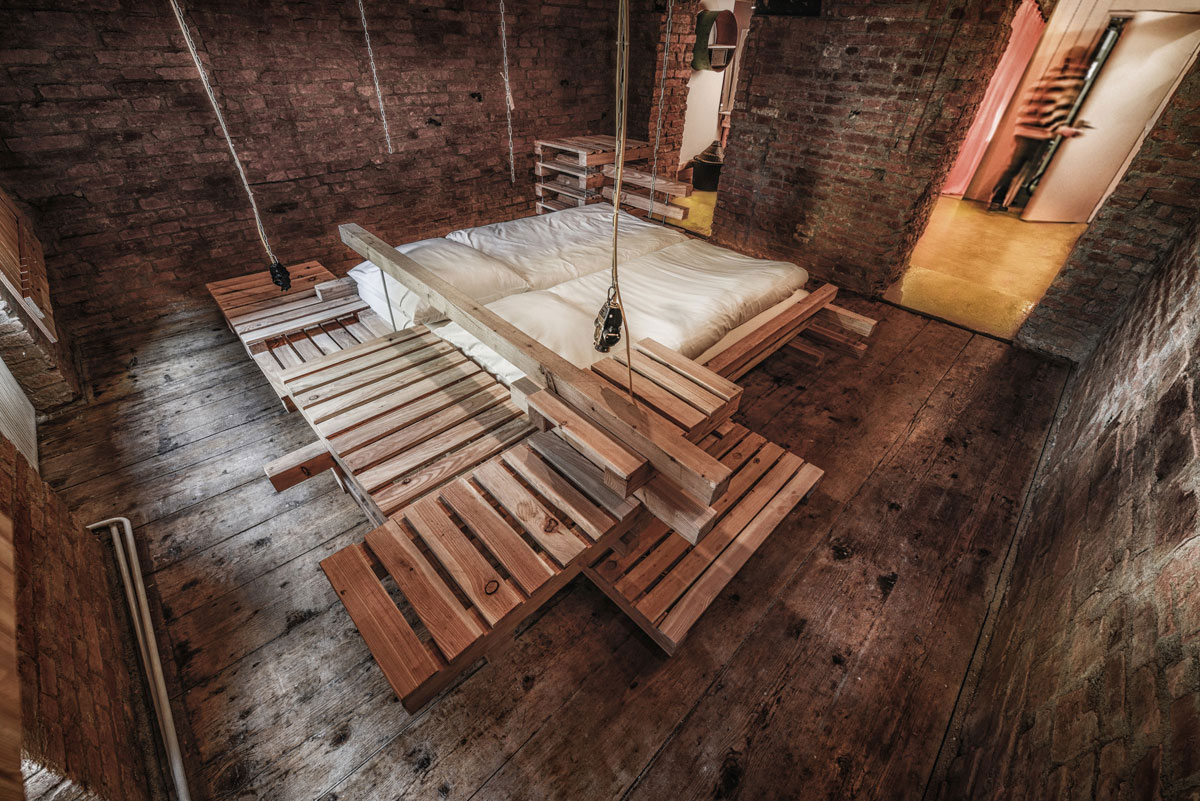 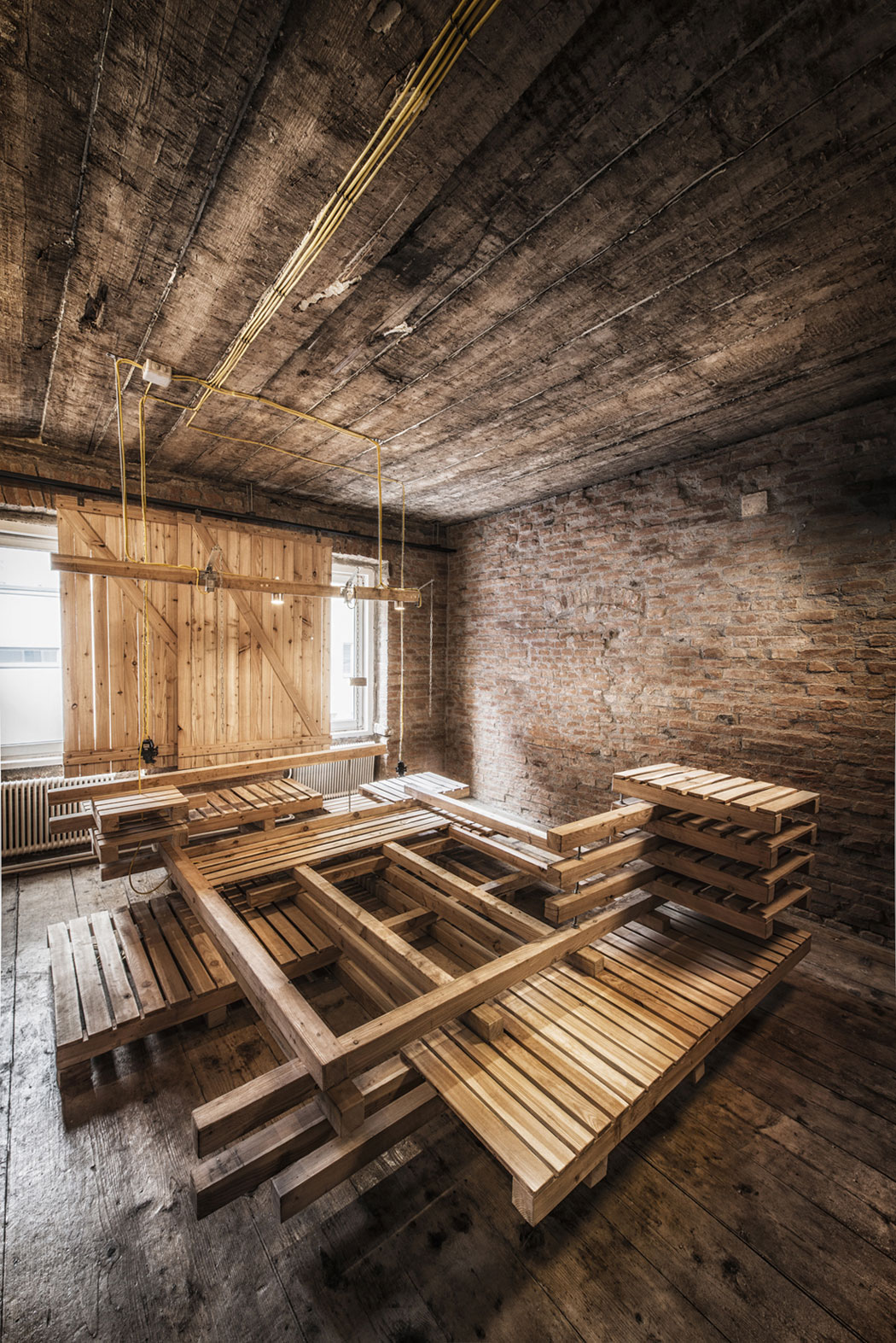 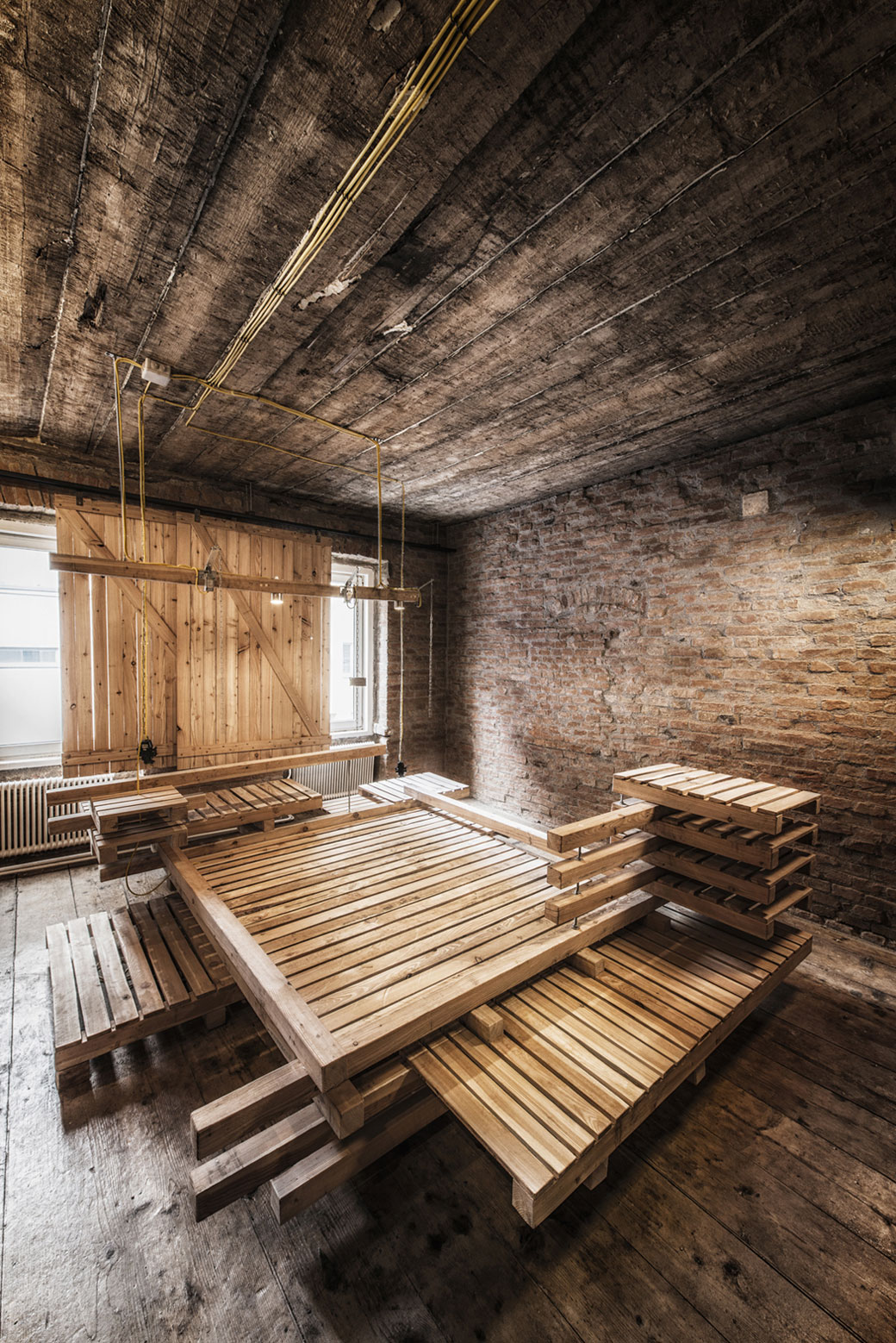 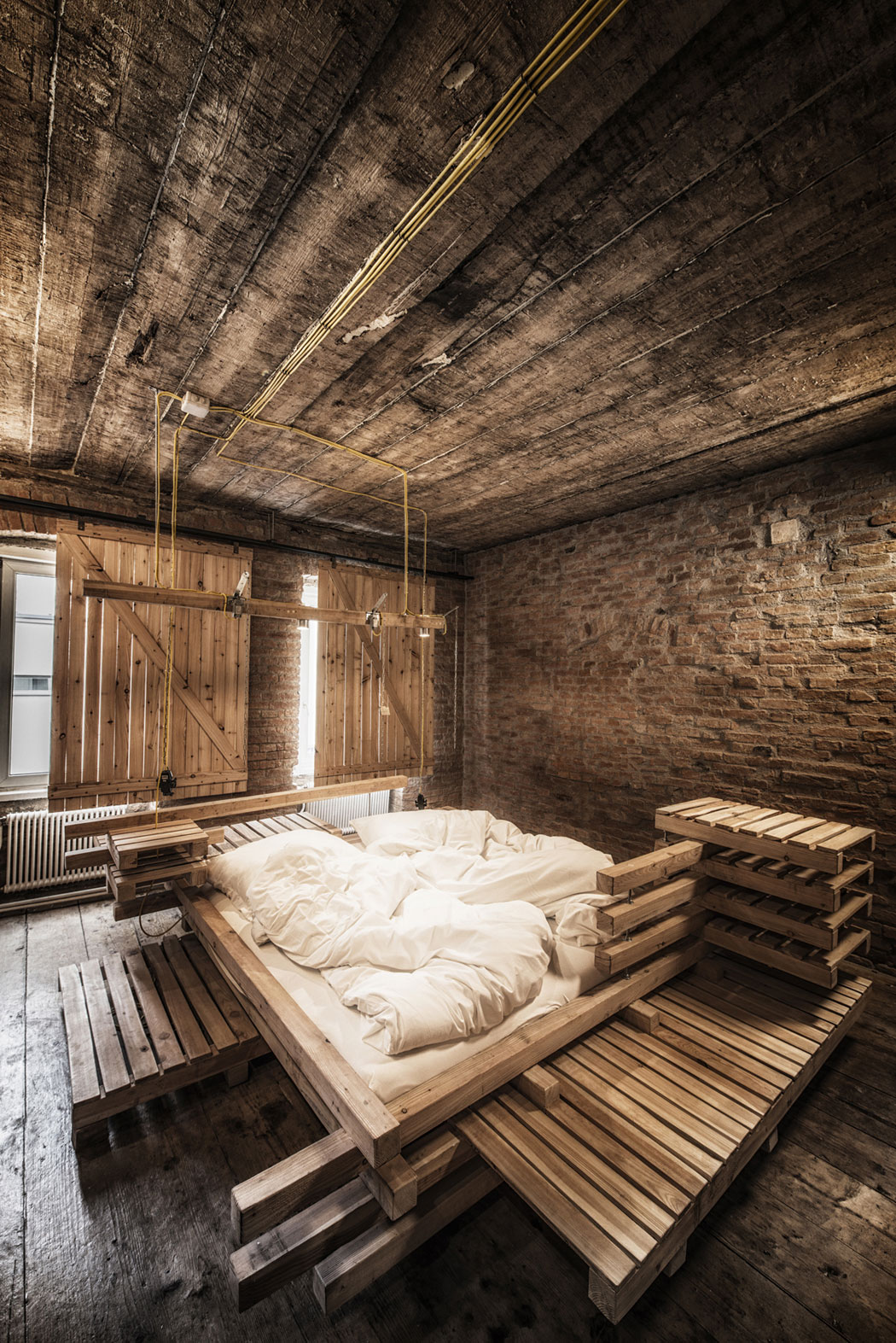 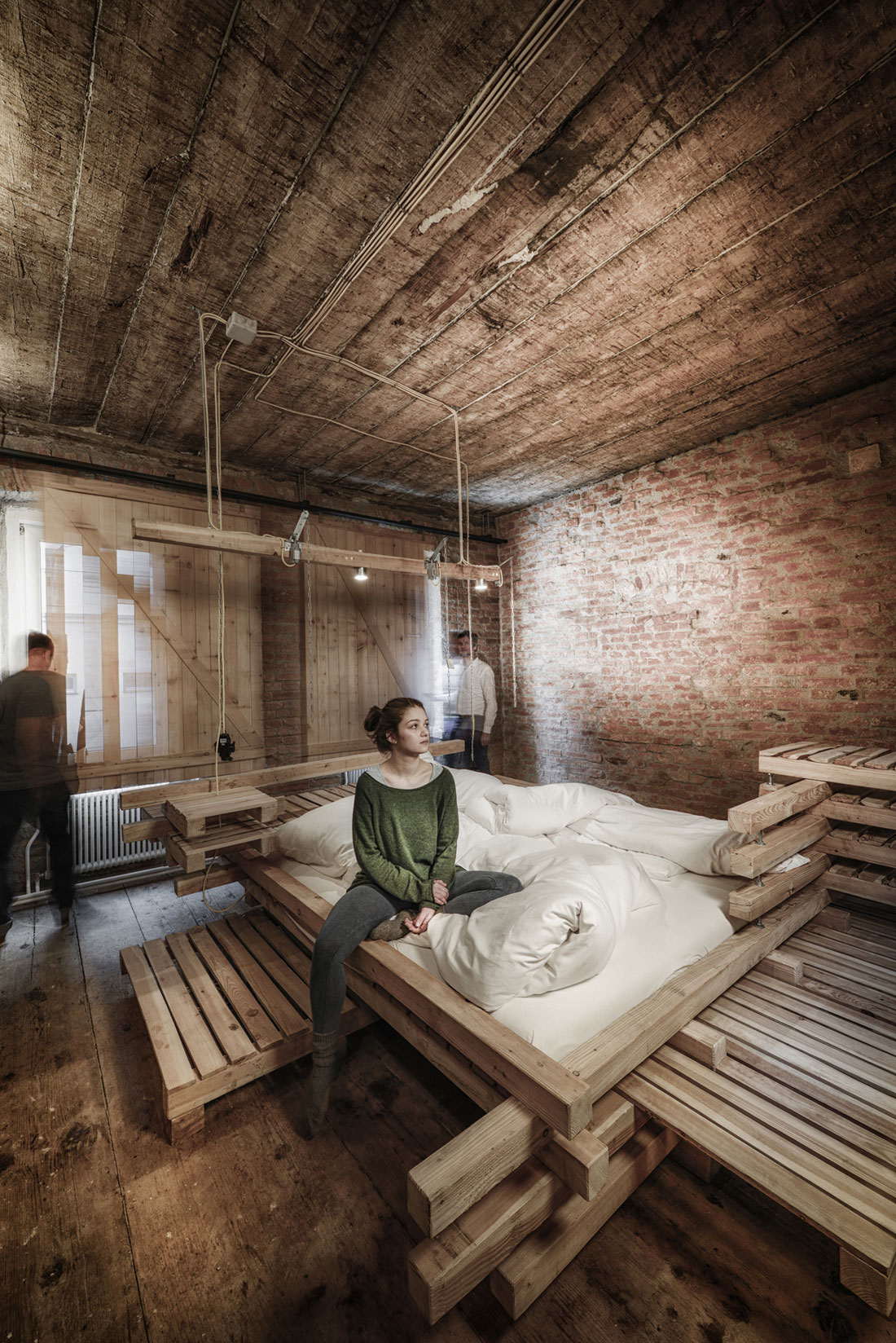 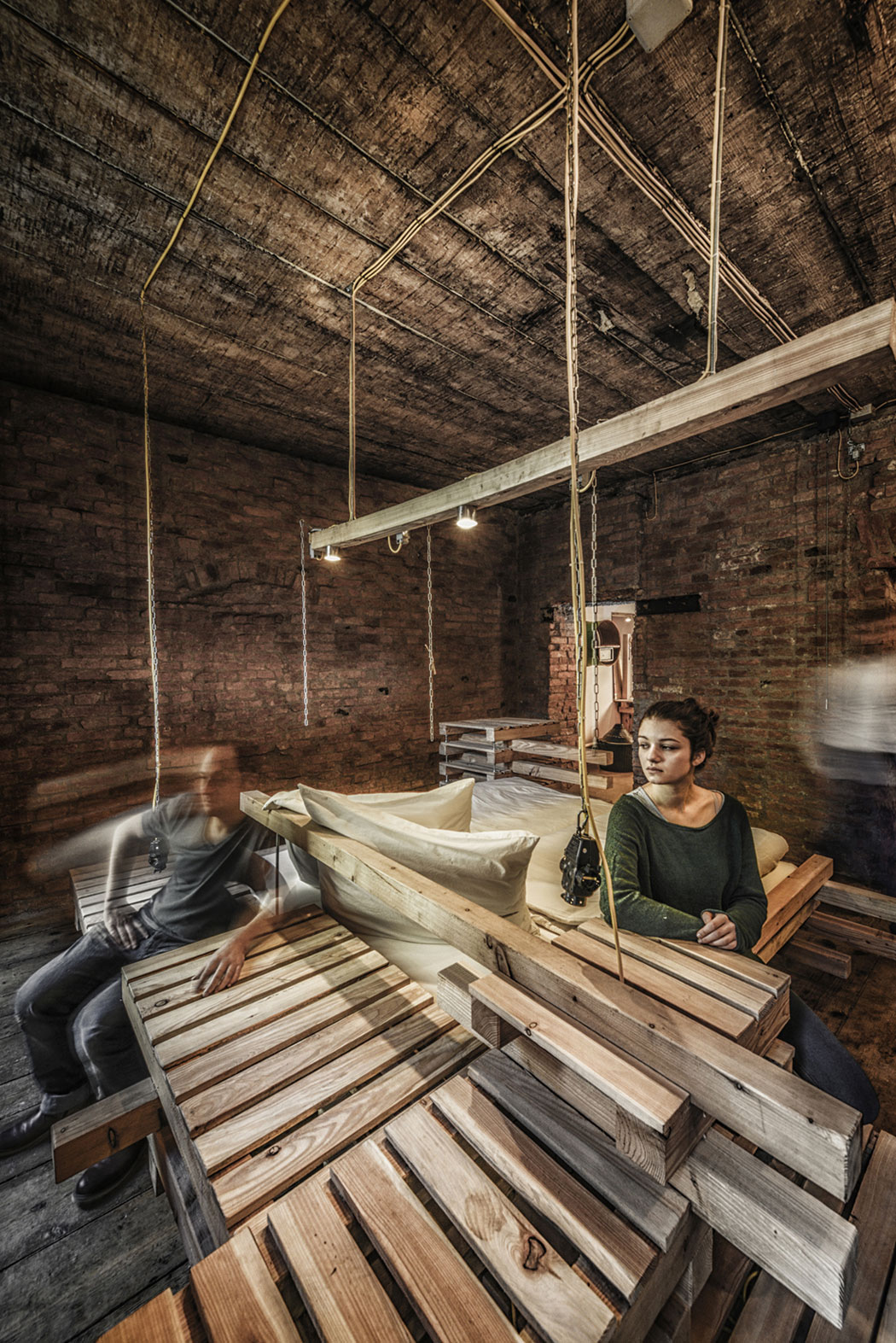 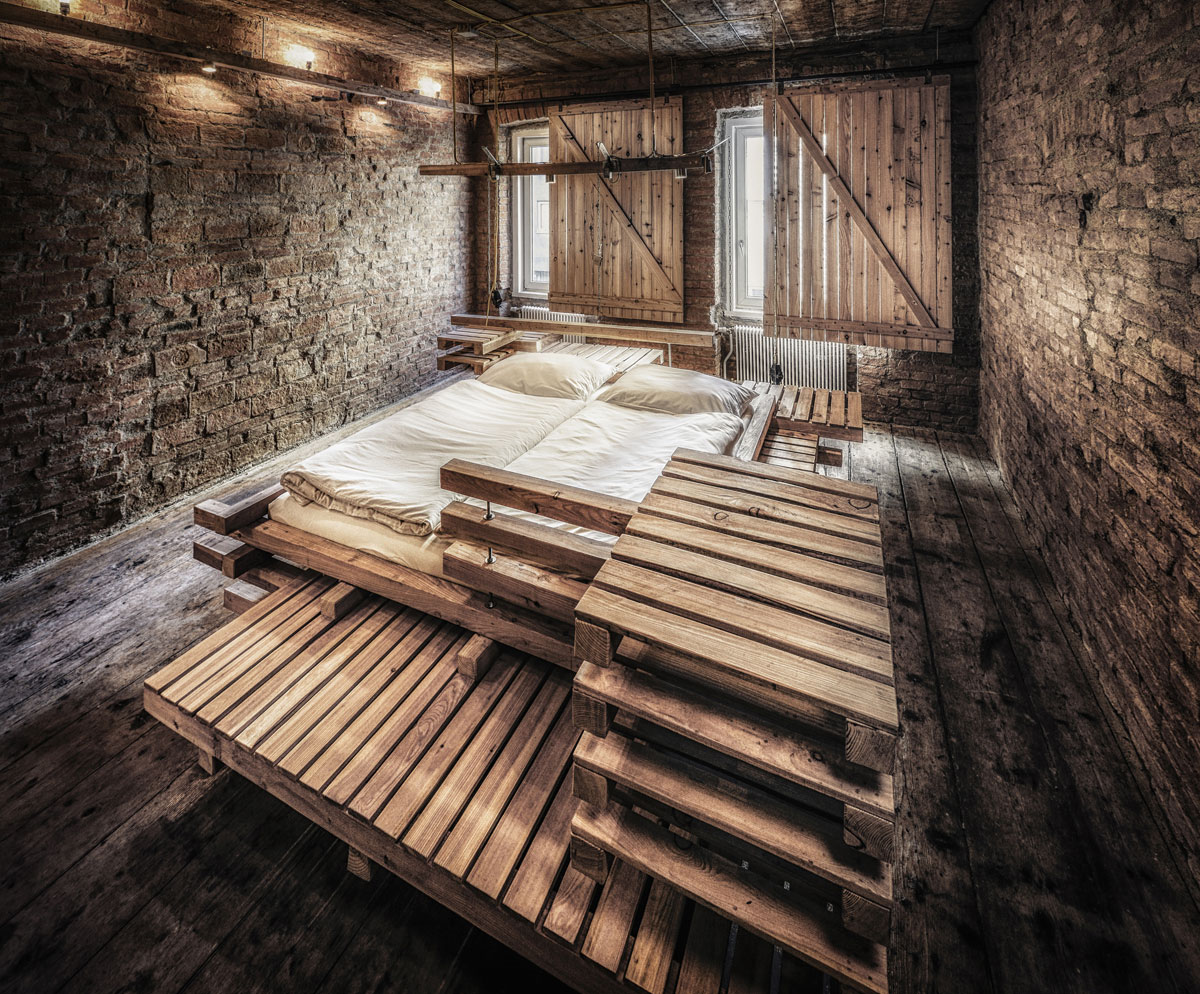 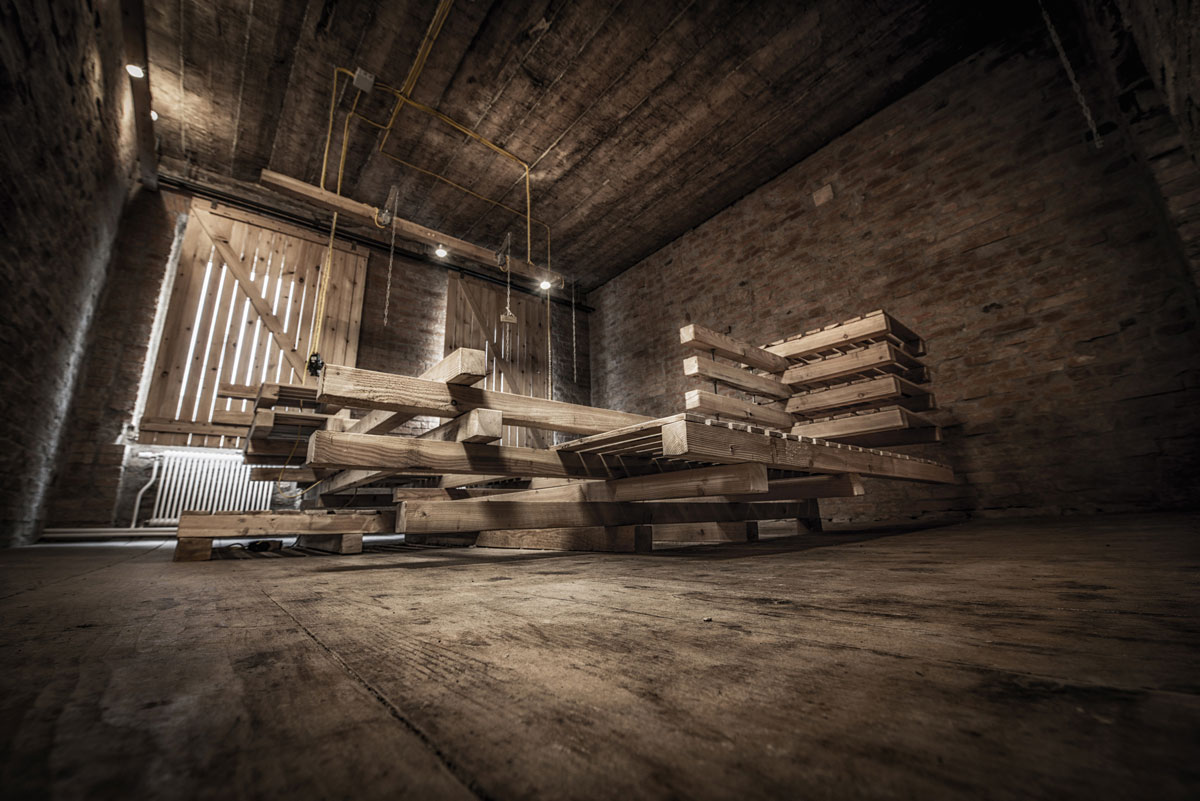 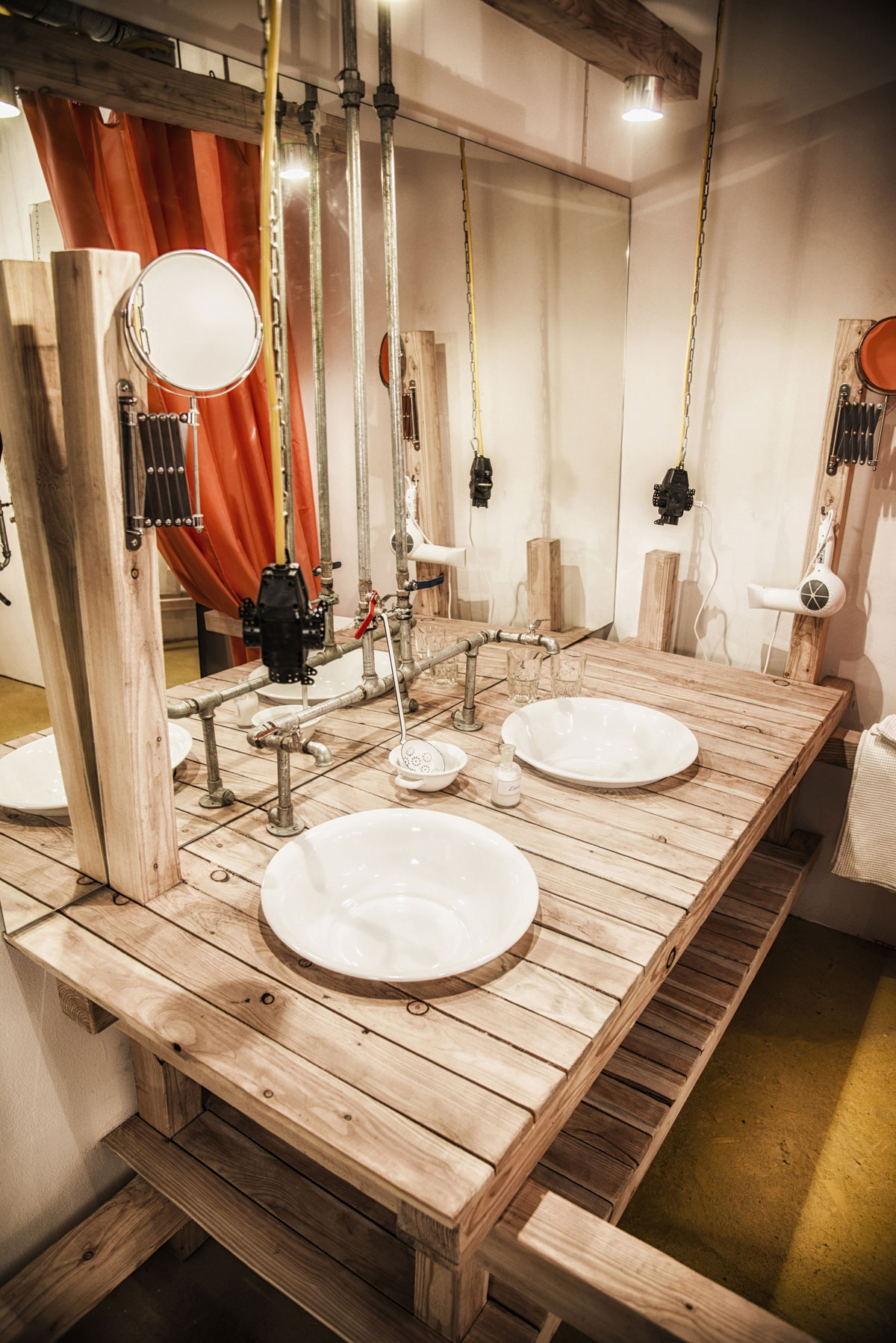 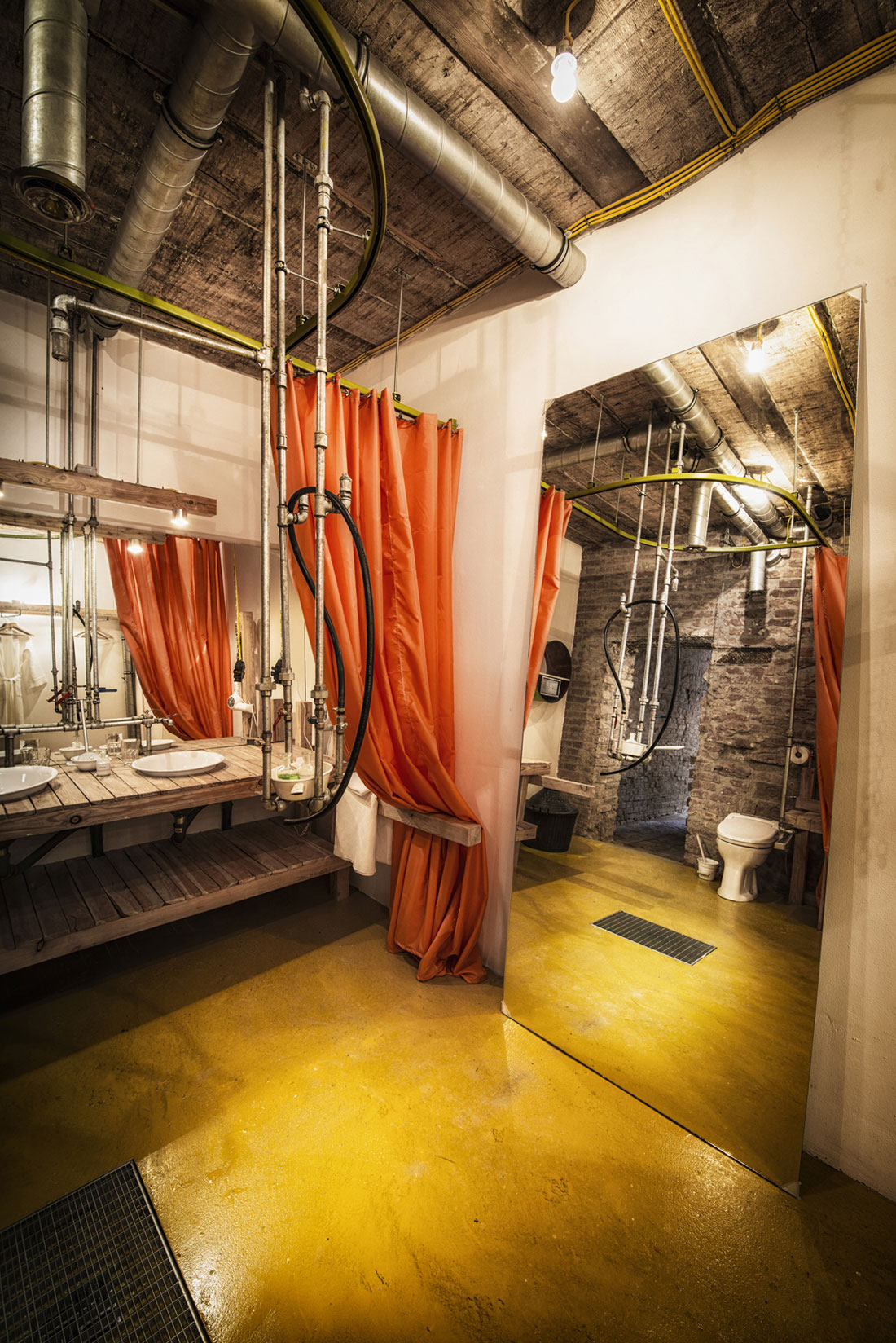 The Viennese Guest Room is an interesting concept developed by studio heri&sali in 2015. the team designed a series of guest rooms in five small apartments in a building in Vienna, Austria. Their approach is very different from the usual ones.

At the center of each guest room is the main and actually single piece of furniture which the designers named the Viennese Guest Bed. This structure combines all the basic functions of a guest room making any other elements unnecessary.

At the center is the bed surrounded by a series of multifunctional extensions which can be used as benches, tables or storage surfaces. The entire structure is made of timber with a natural finish and color.

Even though this main structure doesn’t have a modular design and doesn’t allow the user to mix and match the components to form new pieces, it’s a really flexible unit meant to be multifunctional and to be used in a variety of different ways depending on the immediate needs and preferences of the users.

The rest of the room is open and empty. Timber shutters were designed for the large windows and they can block the natural light and unwanted eyes if desired. They also coordinate perfectly with the Viennese guest bed.

The overall interior design is minimal and basic. When the designers transformed these rooms, they also exposed the bricks on the walls and uncovered the ceilings and the floors in order to reveal the history of the building and its original character.

As a result, the interior is eclectic, featuring a mixture of rustic and industrial details and elements. This is best seen in the bathrooms which feature exposed pipes and which are infused with industrial details.

A huge mirror casually leaning against one of the bathroom walls adds depth to the space giving the impression of a larger and more open area. The yellow and orange accents brighten up the room and, at the same time, complement the neutral palette and the worn finishes.