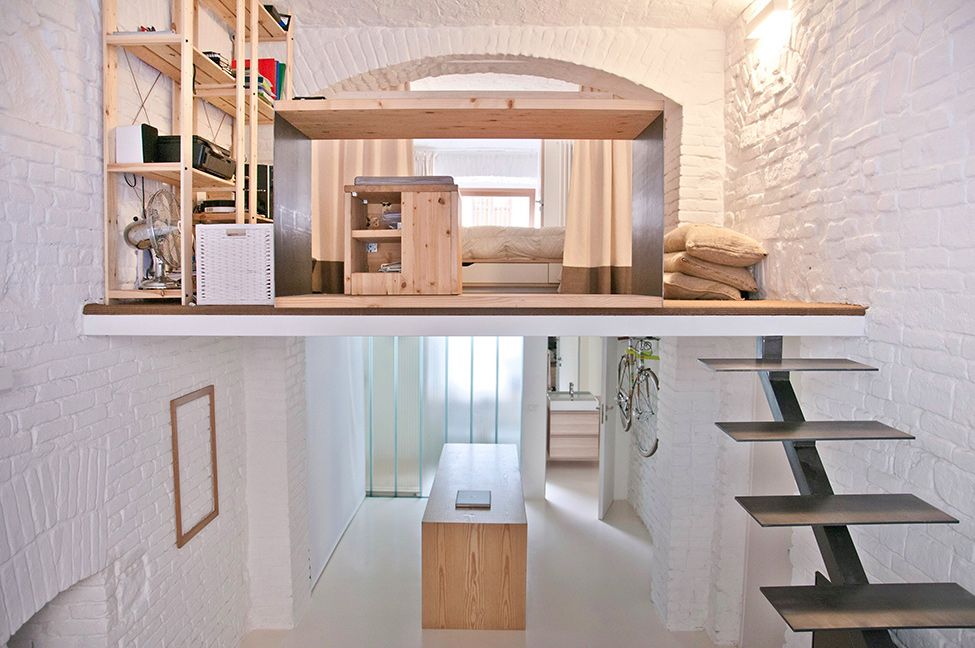 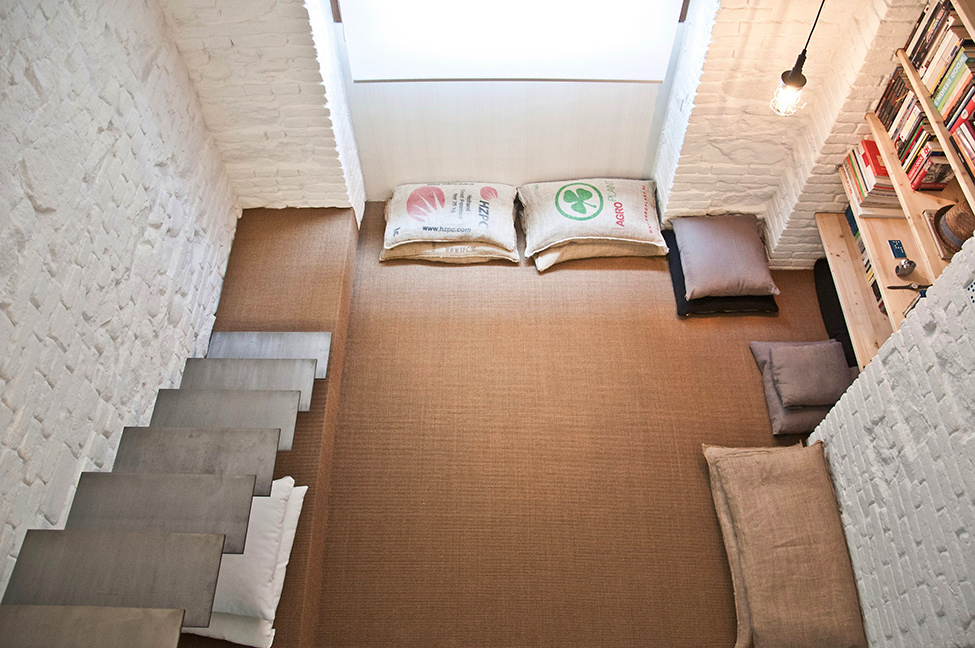 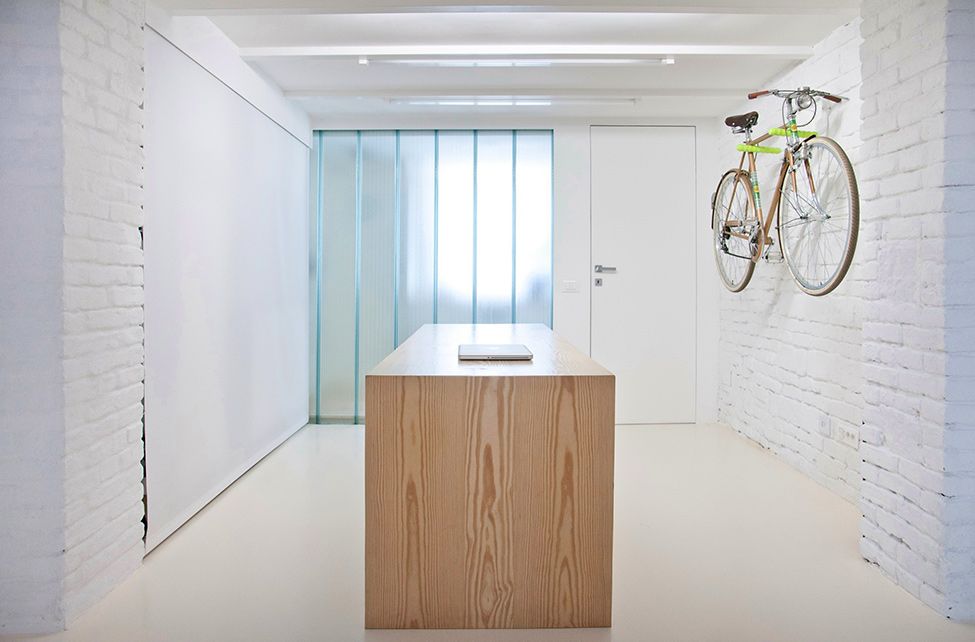 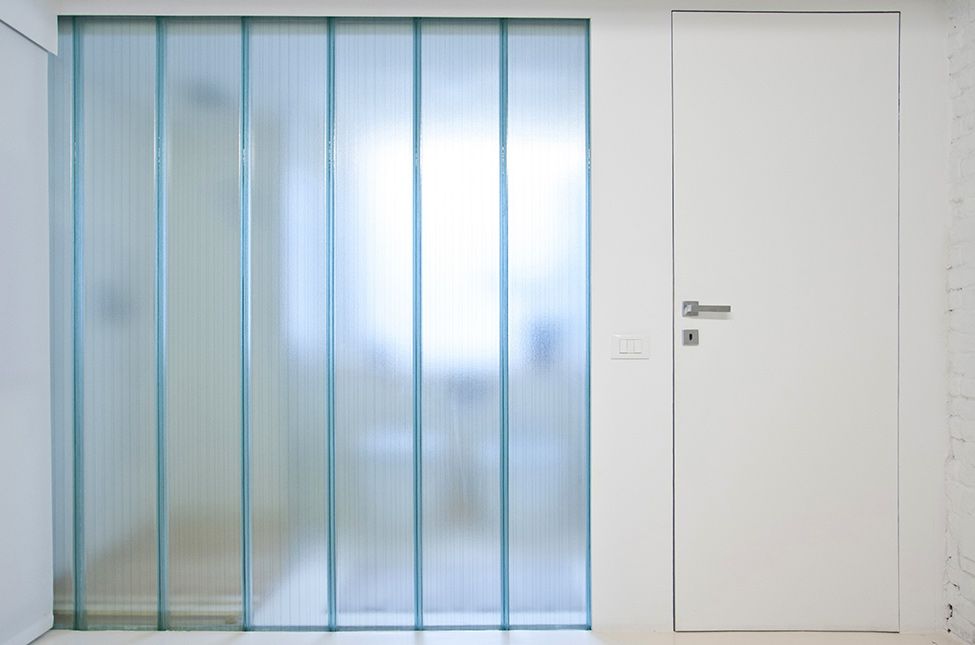 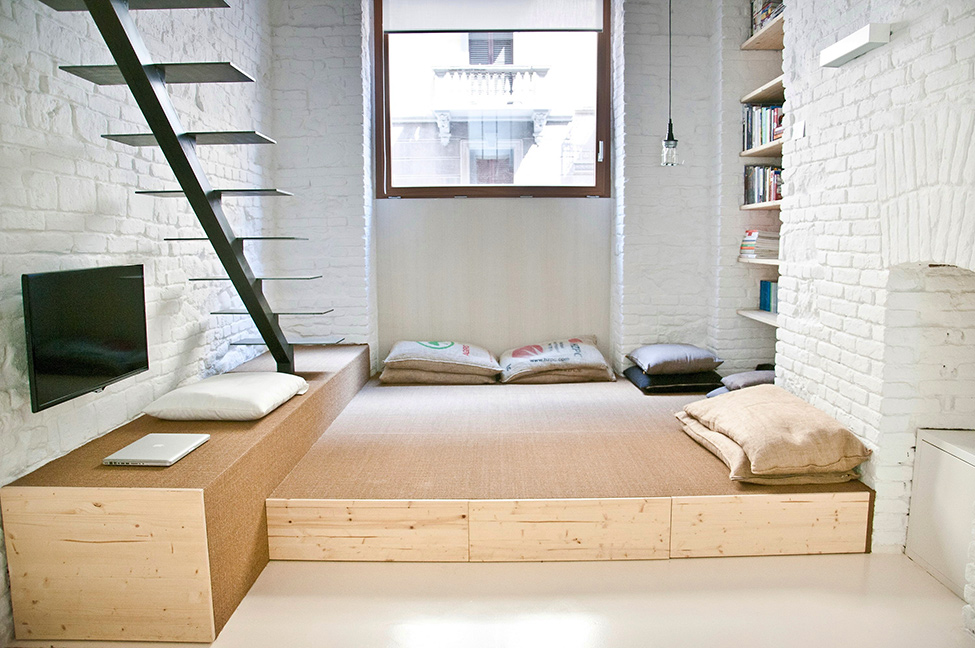 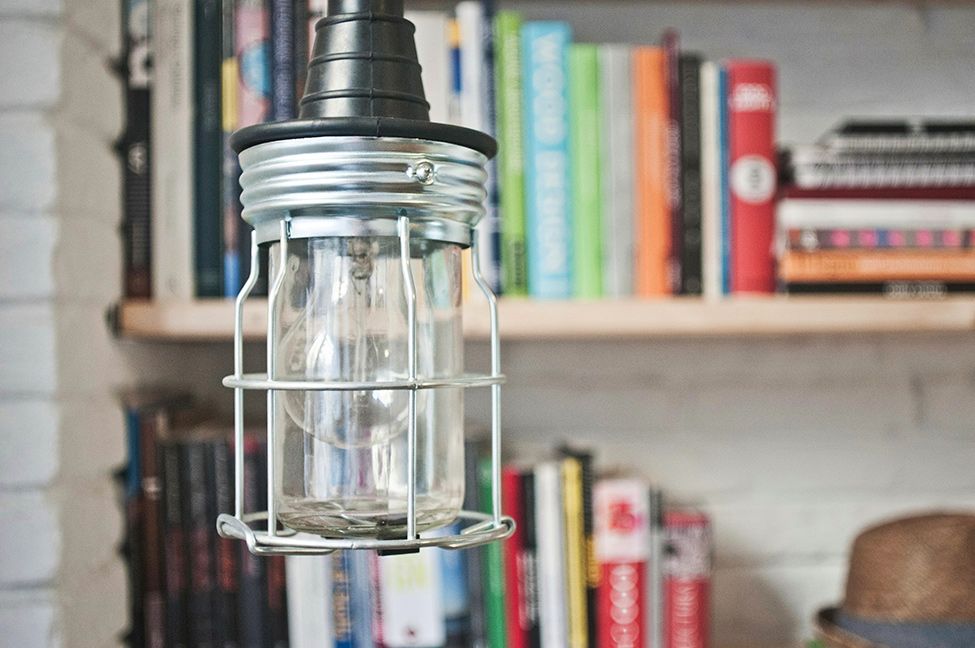 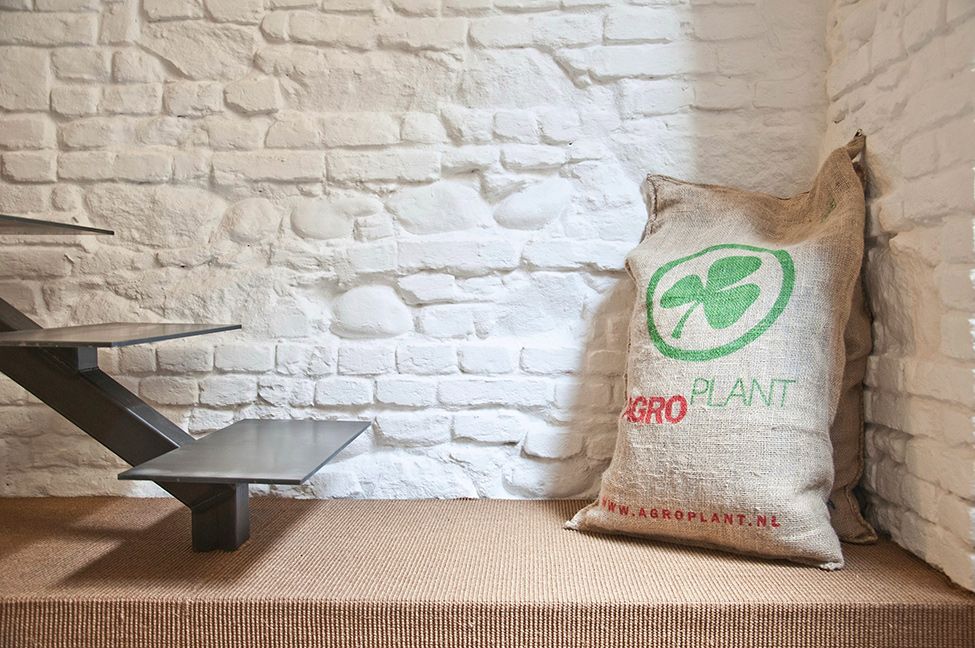 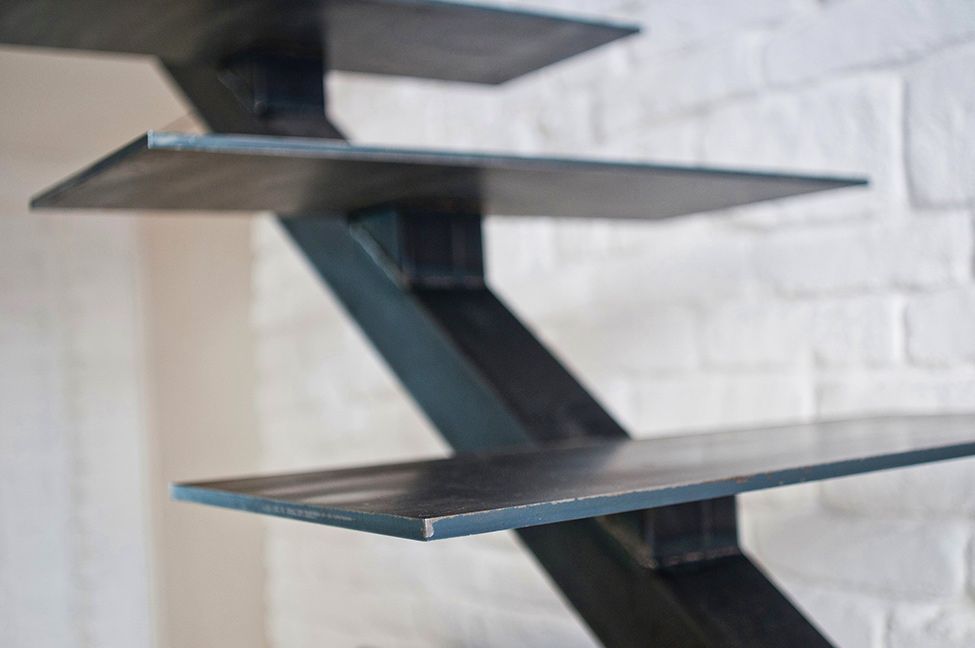 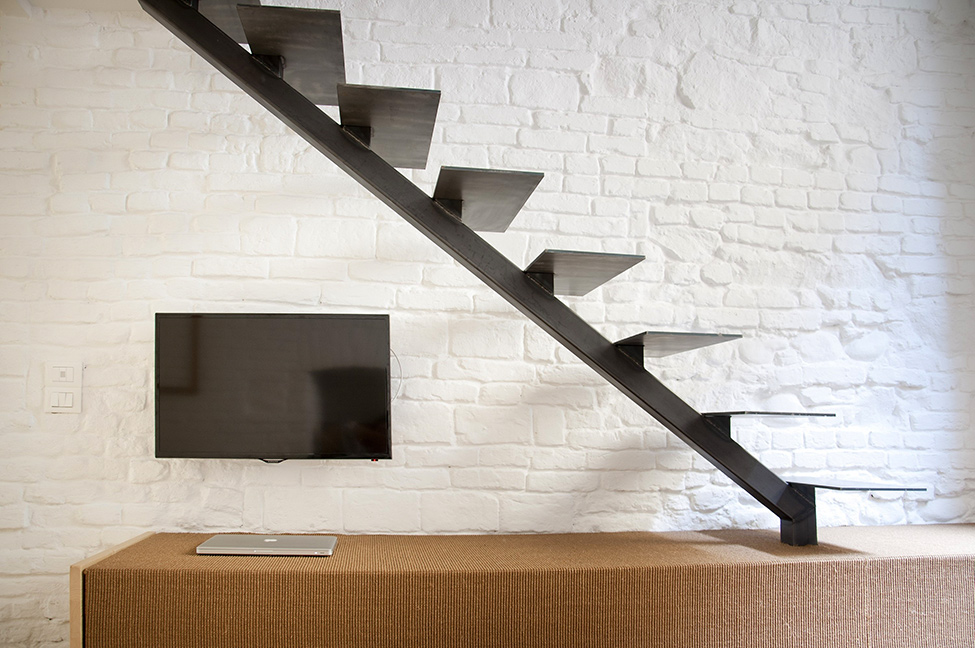 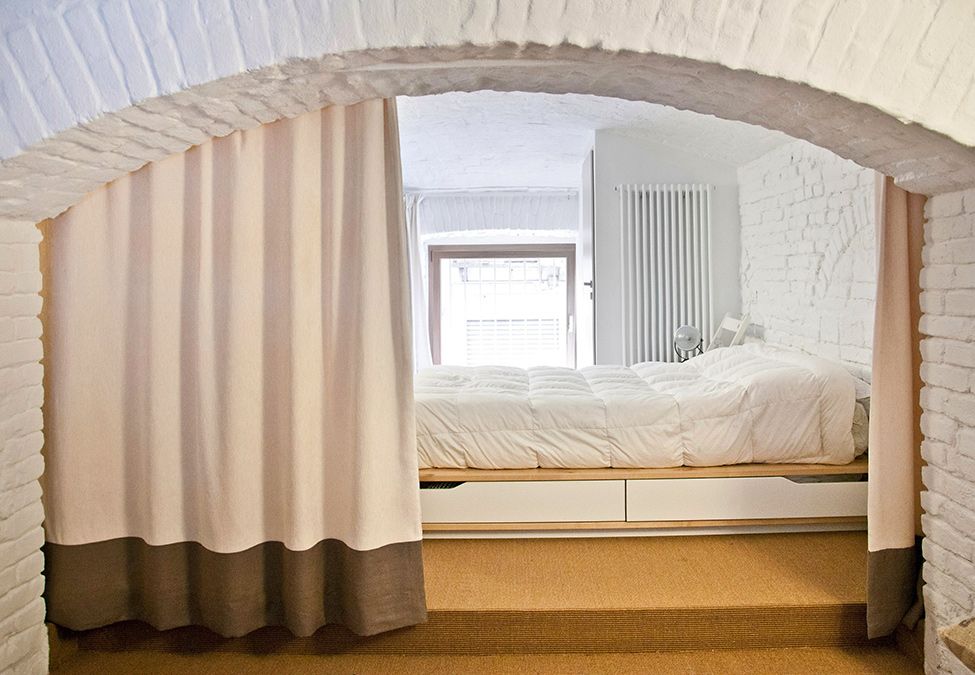 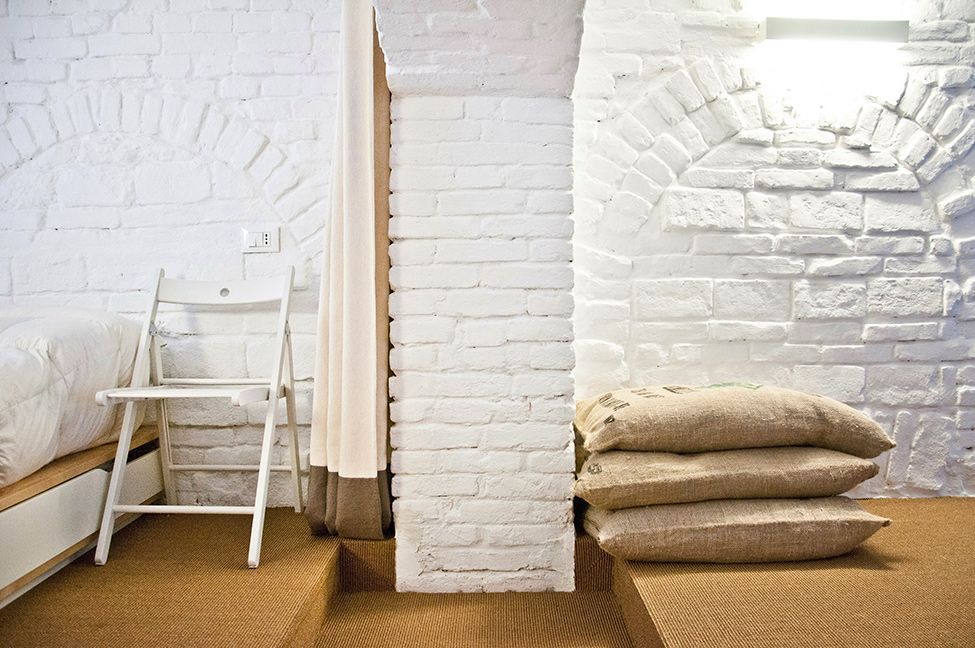 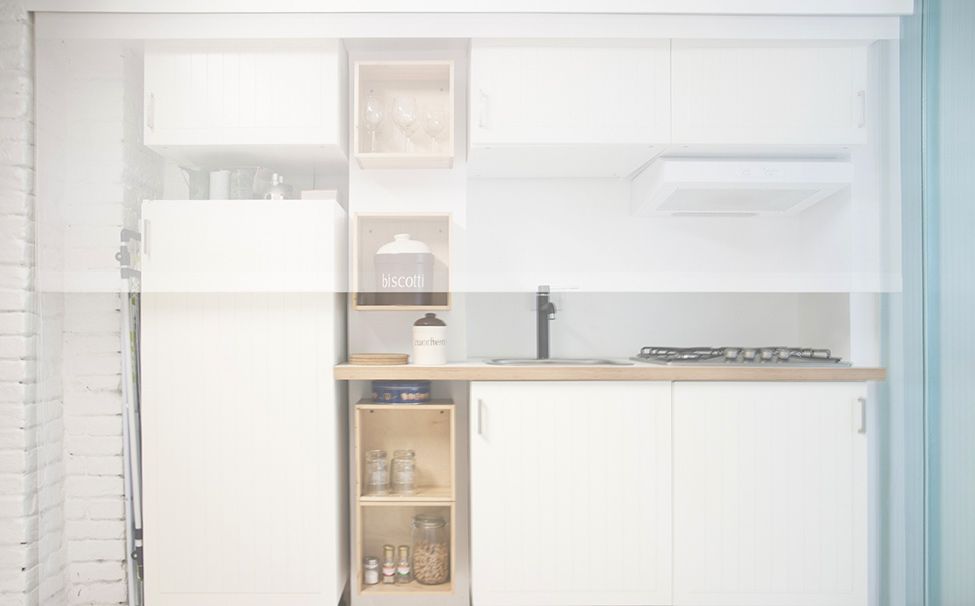 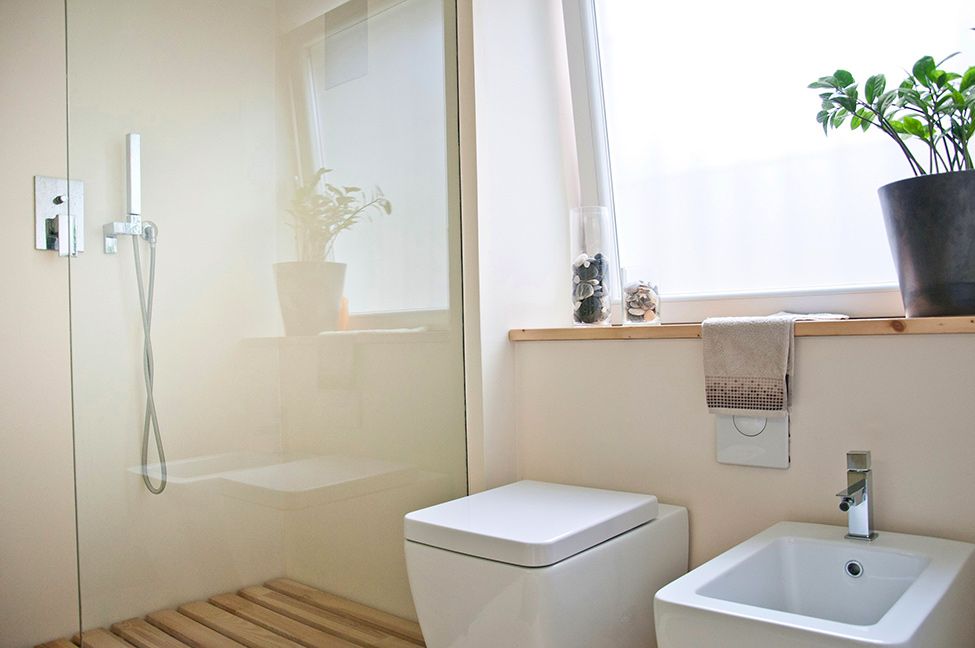 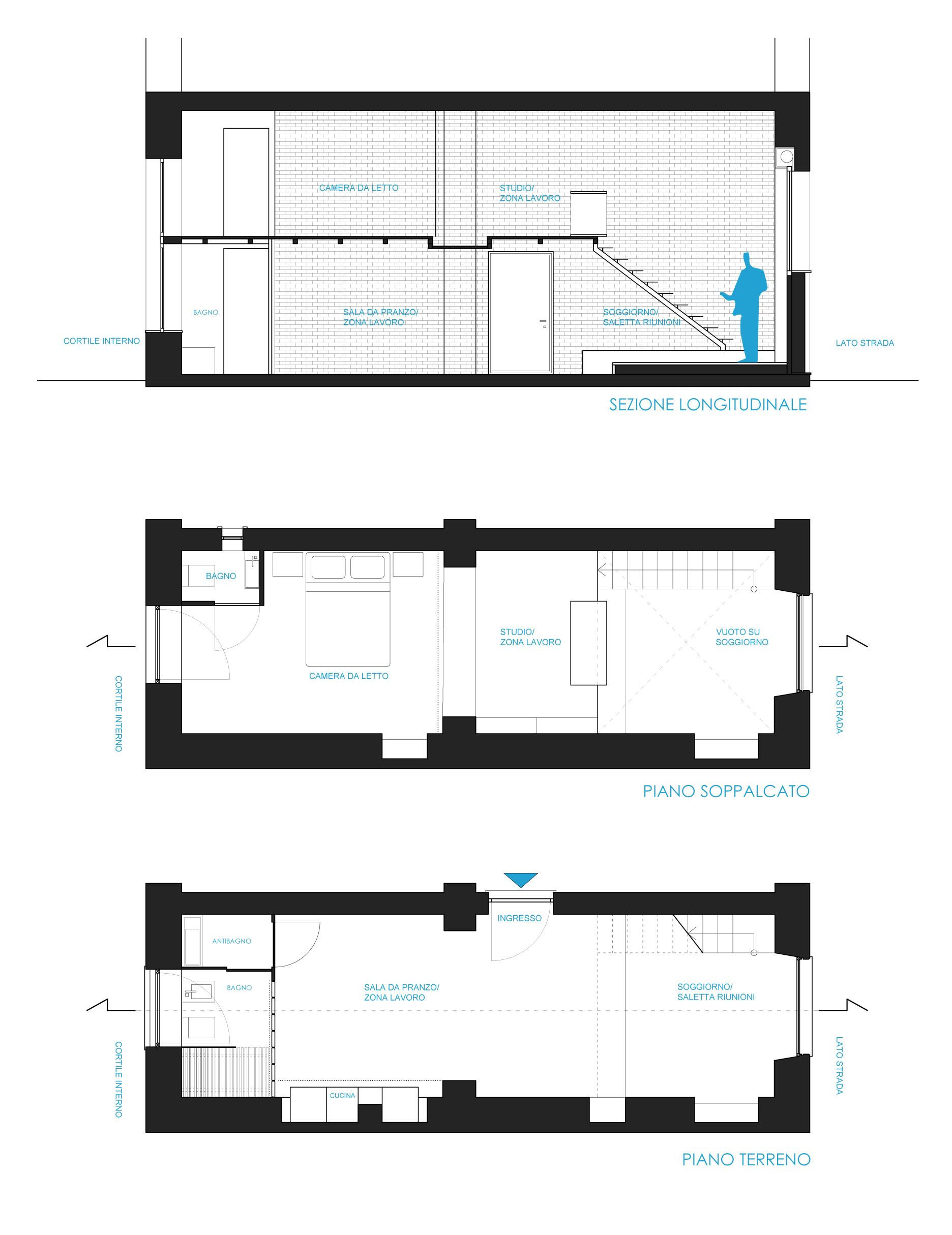 It’s not unusual to hear about stores that at one point were converted into private homes. Still, it’s the first we encountered one with such an unusual and difficult layout. This space used to be a shop until 2002 when R3 Architetti transformed it into a really cool loft.

The unusually long and narrow layout of the space made the project especially difficult. In addition, different heights meant that in some areas the ceiling was higher than in others but instead of regarding this as an inconvenient, the architects decided to take advantage of the situation.

They created an apartment with two distinct levels. The lower portion houses the living room, the work area, the kitchen and the main bathroom while the loft space includes a bedroom. A pretty practical way of dividing the functions and the social areas from the private ones.

The team took advantage of the height of the apartment to elongate the living space. But the most difficult and challenging thing was dealing with the fact that there were only two small windows placed at the two opposite ends of the apartment. In order for the natural light to get through and to become a part of the spaces found at the center, the team decided to use a glass screen door to separate the spaces.

In addition, the entire apartment features a color palette mostly based on white and light shades. The two windows were also enlarged. Then there was another problem: large and massive furniture would have overwhelmed the narrow space so instead the architects gave the living area a platform.

The atmosphere became cozy and casual and there was also plenty of storage space underneath and no need for additional furniture other than some open shelves.

It’s been cleverly built into the platform that forms the living space.

The loft bedroom is more of a sleeping nook or alcove. There’s only an opaque curtain wall separating it from the rest of the apartment. The bed sits on a platform with built-in storage underneath and the décor is a combination of Scandinavian minimalism and rustic charm. A great way to hide the bed, get extra storage and save space at the same time.

The kitchen also features a curtain. It’s incorporated into a niche and it takes full advantage of every nook, cranny and corner.

As expected, the bathroom is tiny but, even so, it feels pretty spacious and airy and there’s really nothing missing in here. The glass shower doesn’t obstruct the room in any way.