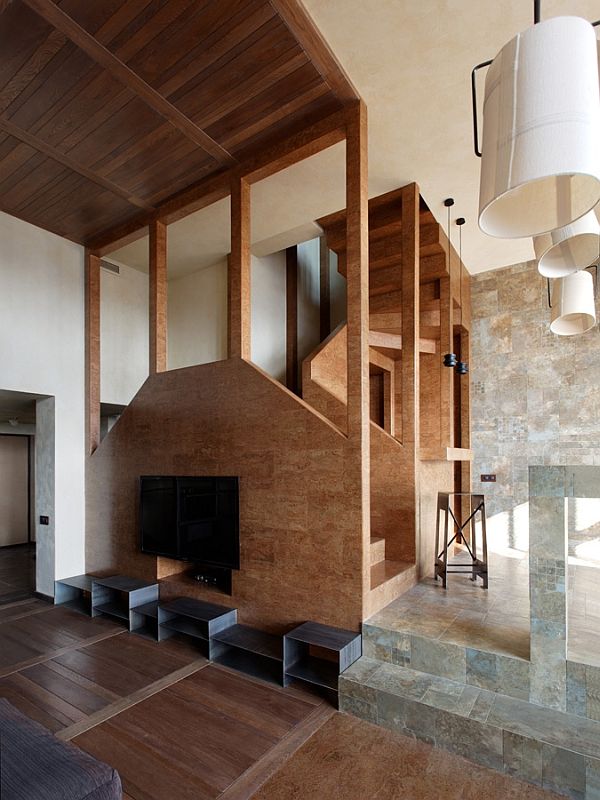 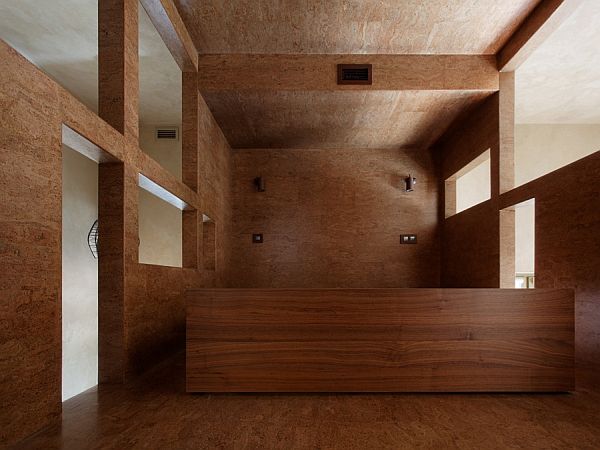 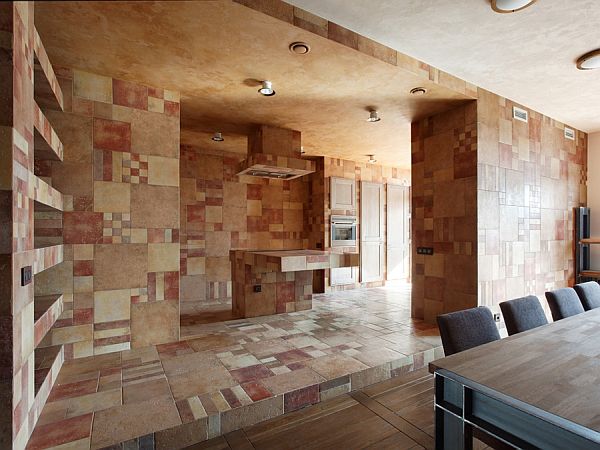 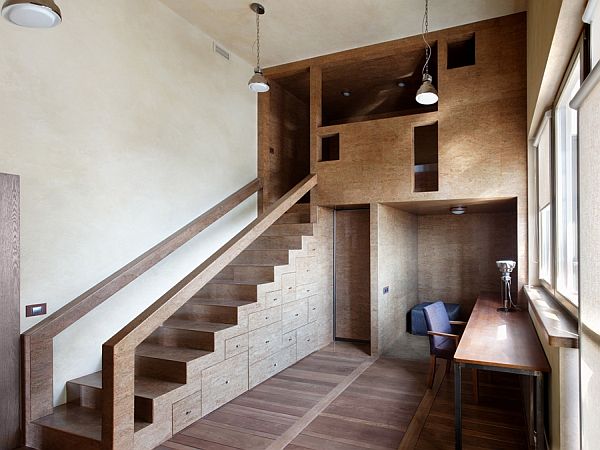 Even if you have a big apartment, you will always want more. Some may say the solution is to move out. But what can you do if you don’t want to change the place? It seems that modern technology and architecture come with a new ingenious solution which was put into practice in an apartment from Moscow.The next house shows another way to enlarge the living space. It is actually about a two floor apartment from Moscow.

The architect that worked for this project is Peter Kostelov. The architect came with an ingenious idea. From a two level apartment he created a four level one, with the help of giant timber structure that was installed in the central common room. The result is that the 258-sq-m apartment grew in a 348-sq-m one and the walls don’t even look shrink. The designer managed to add some ceilings varying from 3 to 8 meters. This is how the experiment finished well. If we think now, the idea seems simple, but how many of us would have thought about it? After this project the apartment gain two extra bedrooms, a bathroom and a study and glass partitions.

Trying to create a space in which all the family members would feel great, the designer came with another innovative idea. He demanded from each member, even from the children, to design on their own their room. This way the house will gather all of their personalities and no one will have anything to object.