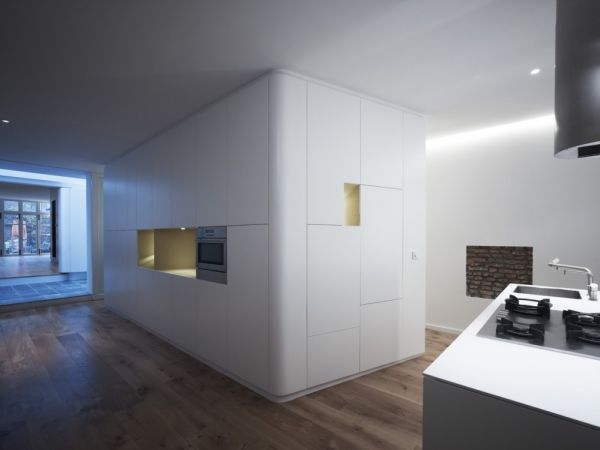 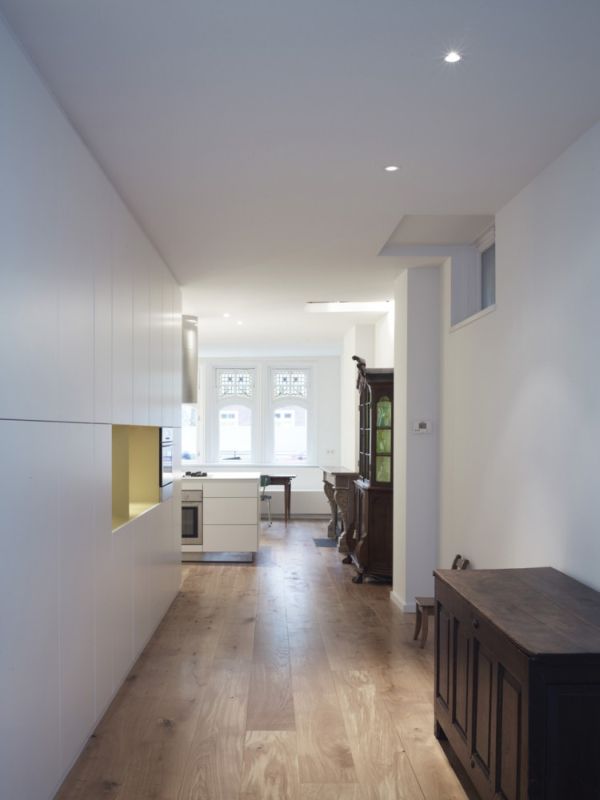 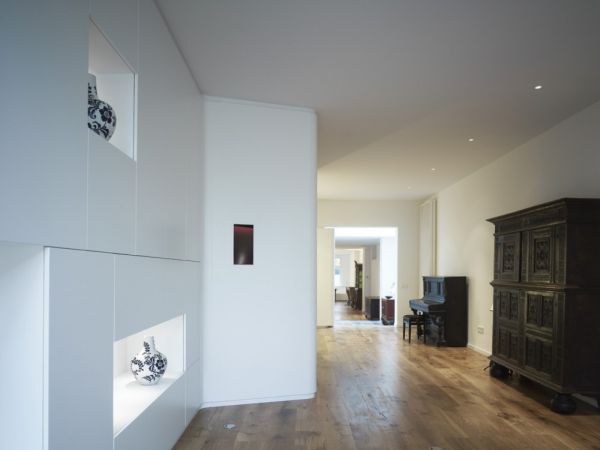 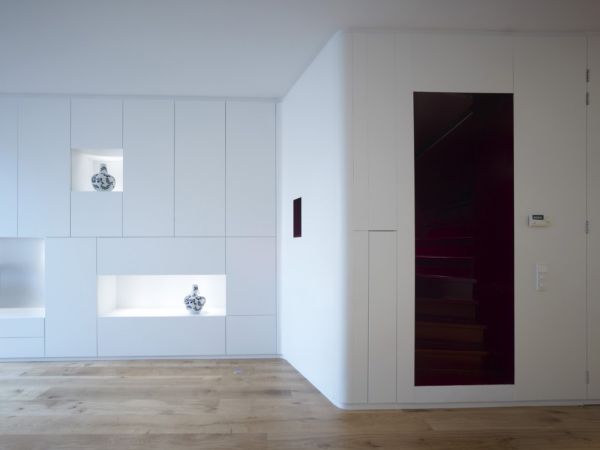 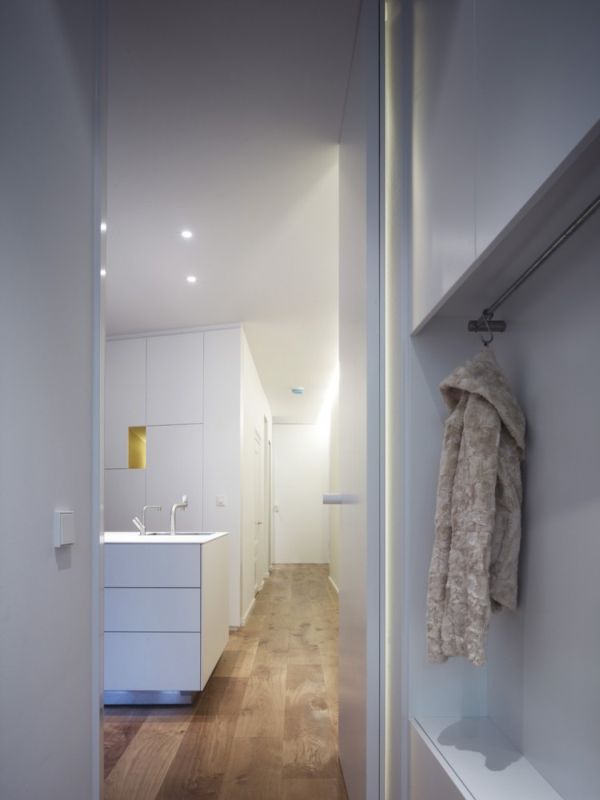 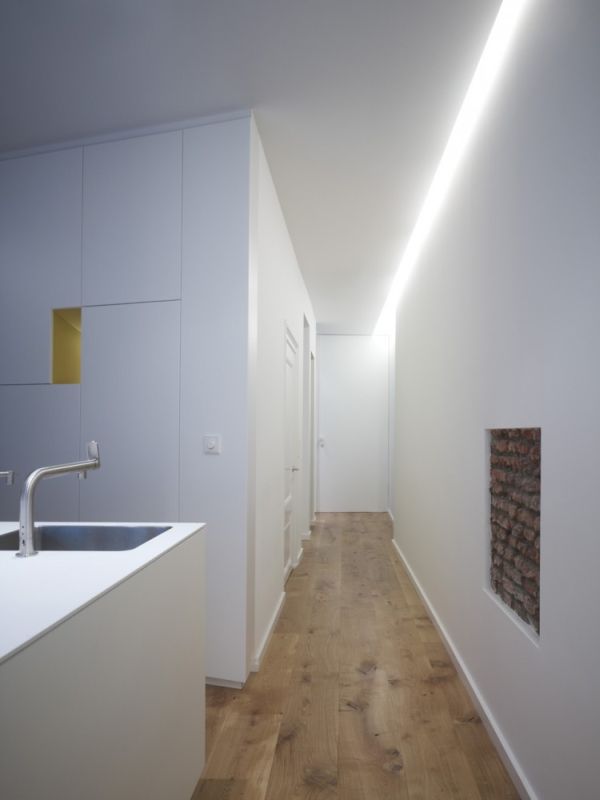 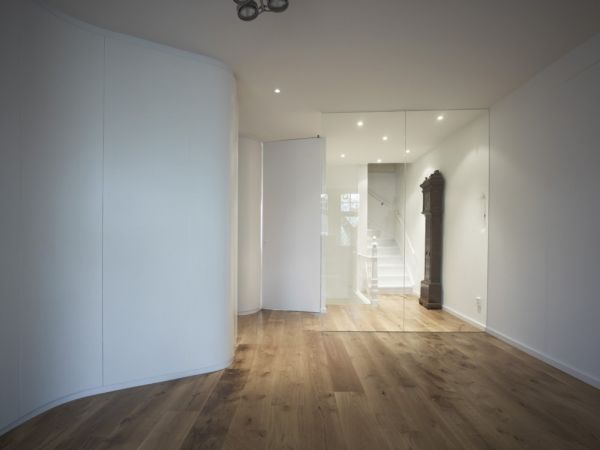 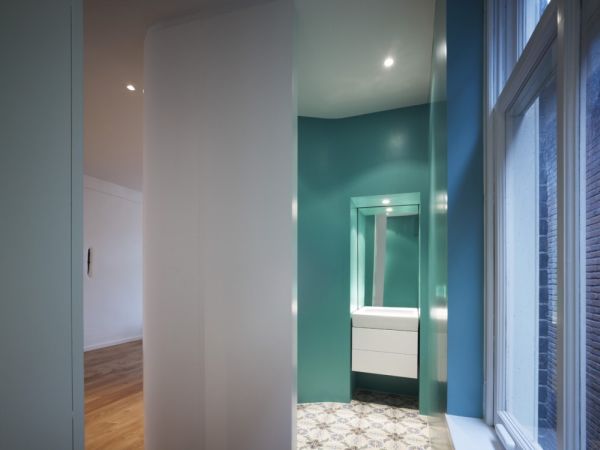 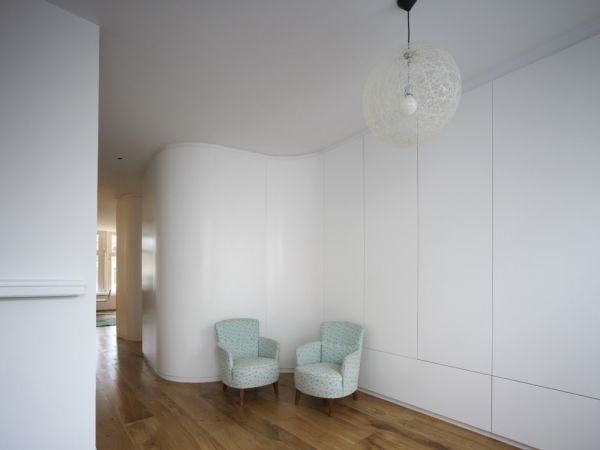 Old buildings have the charm of some fascinating old times, the amazing architectural design of that specific period and impress with their power of durability everybody.Instead some of them have suffered all kinds of changes due to the purposes that were imposed to serve. Still there are cases when some restorations brought them more celebrity and much more durability.

In Utrecht, Netherlands, there is a monumental building from 17th century that was transformed from “Nicolai church” and now it represents a contemporary house called the House Nieuwegracht.Originally, this monumental building consisted of two parts: the front house and the back house, plus the garden. 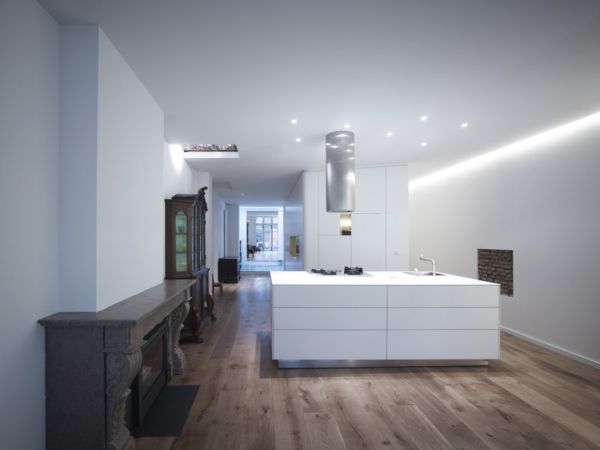 In time, it has suffered many changes which transformed it into a building with many divided areas. The clients asked the firm, Rocha Architects to create them a unitary space where they could live and bring them a lot of natural light inside.

Initially, the living spaces were situated on the extreme facades of the house while the middle areas represented a central barrier between them and the other spaces.Thus some inside walls were removed so that the house could become a unitary place and more natural light could invade the house. A front to back continuous organic closet was designed to connect the front and back sides of the house too.

It is a house which looks more like an institution or a company, as its entire white interiors make you think of offices. The spotlights, the curved walls and the modern materials used complete this official design of the house.Bathroom is the only place where nuances of green and blue add some color to the house. You may also notice the natural wood parquet which contrasts the white walls and the dark wood vintage pieces of furniture which appear on the halls as some decorative items or things that remind you of the monumental old building.