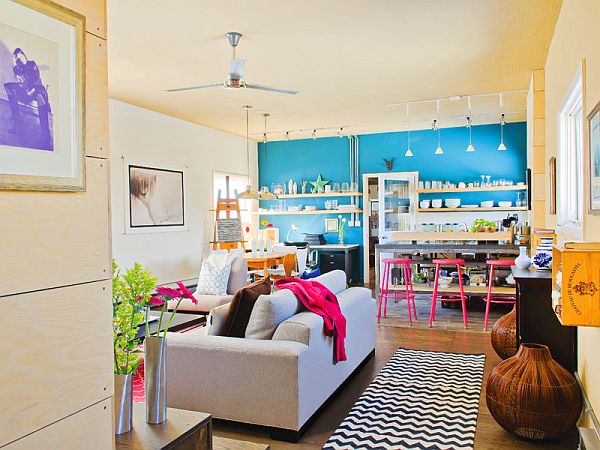 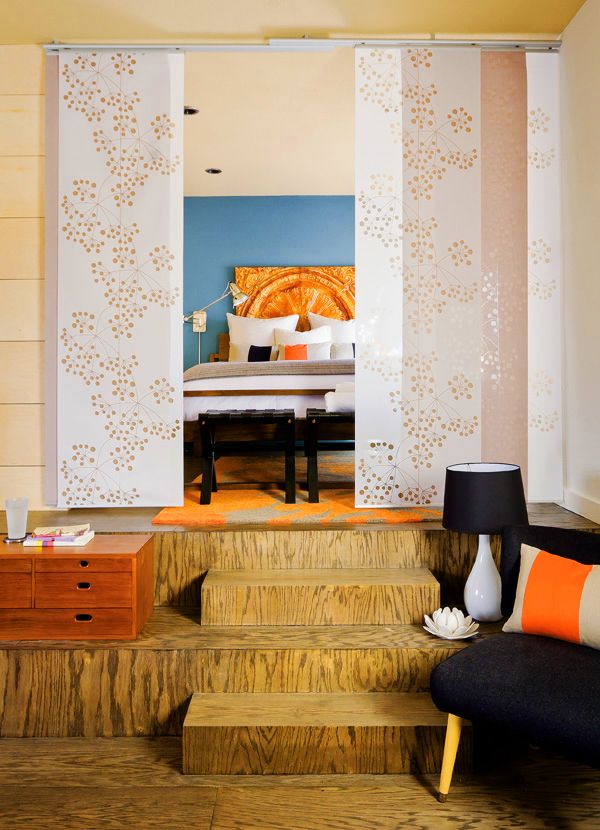 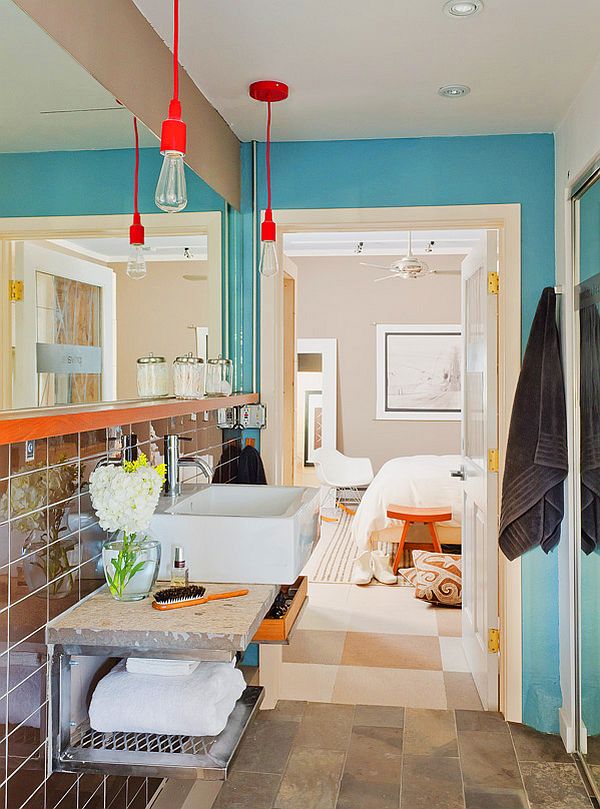 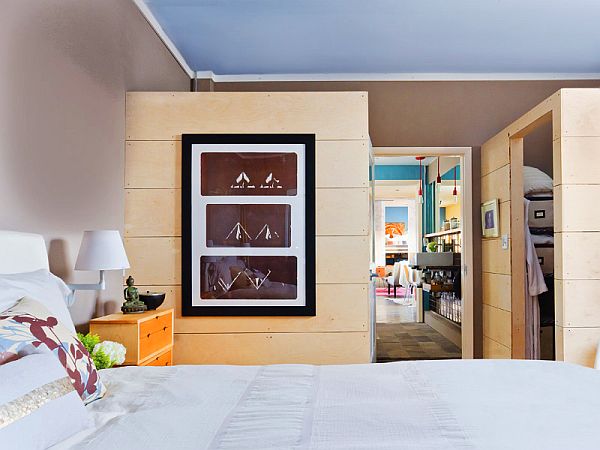 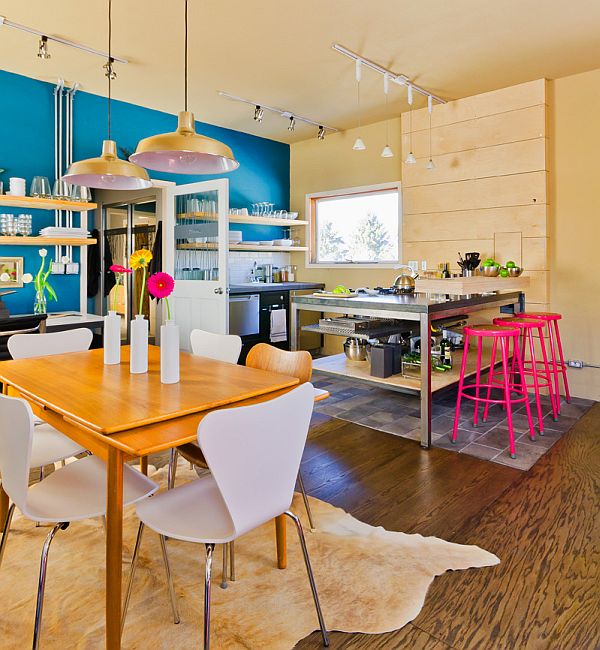 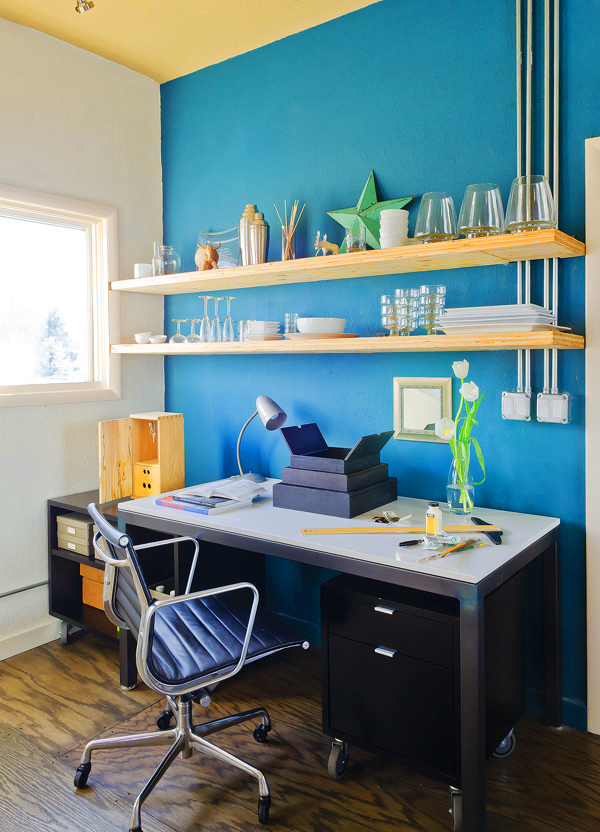 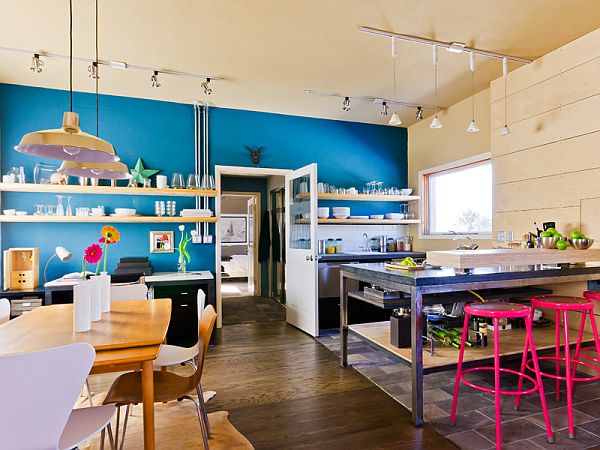 The loft is relatively small, like most Brooklyn residences. It only occupies 1000 square feet. However, the space had been cleverly divided and now it incorporates a kitchen, a dining/living room, and an office/guest room. The space is very functional and the key to that is managing to avoid clutter by creating plenty of storage space and keeping the décor clean and organized.

Since there was a possibility that someday this space would become an office, the interior design had to have a modular feel, to be movable and changeable. Since the space was small, additional walls and partitions for the storage areas would have only made it smaller, so something else had to be used.

In the kitchen the solution was a series of shelves, in the bedroom some closets and a lofted guest nook in the office with plenty of hidden storage space underneath. The furniture chosen features pieces of similar scale so that the transition between different areas wouldn’t be sudden.{found here}