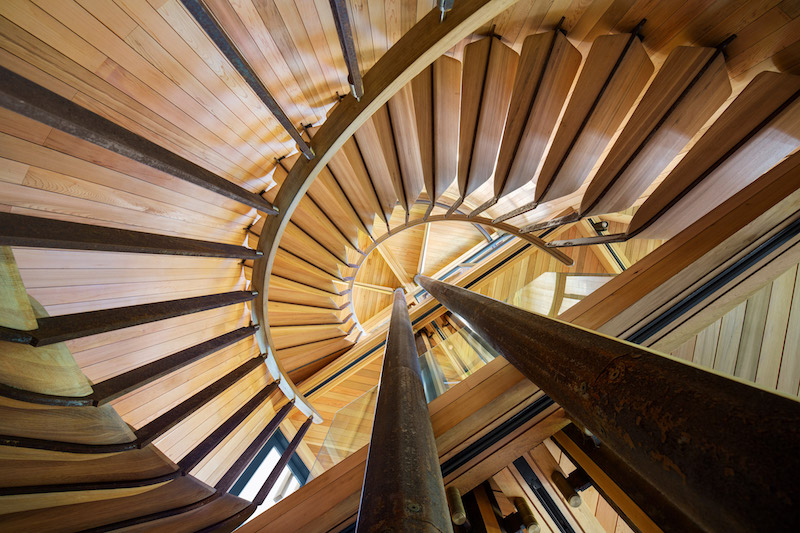 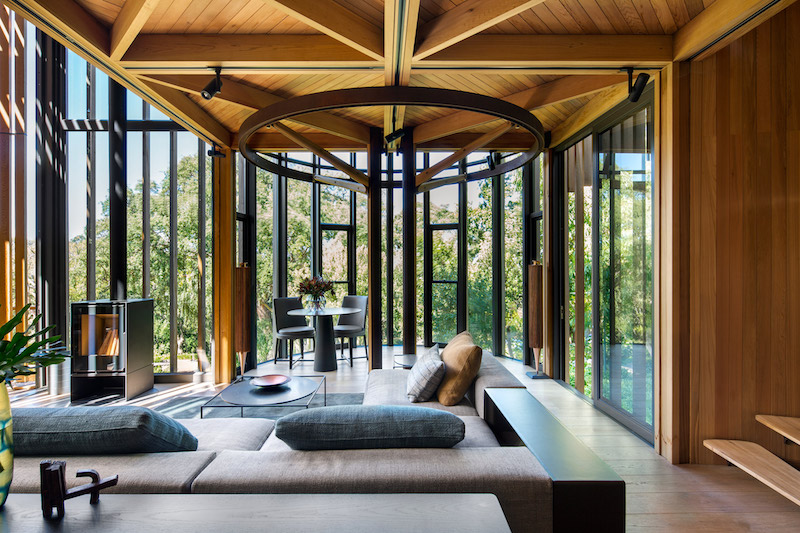 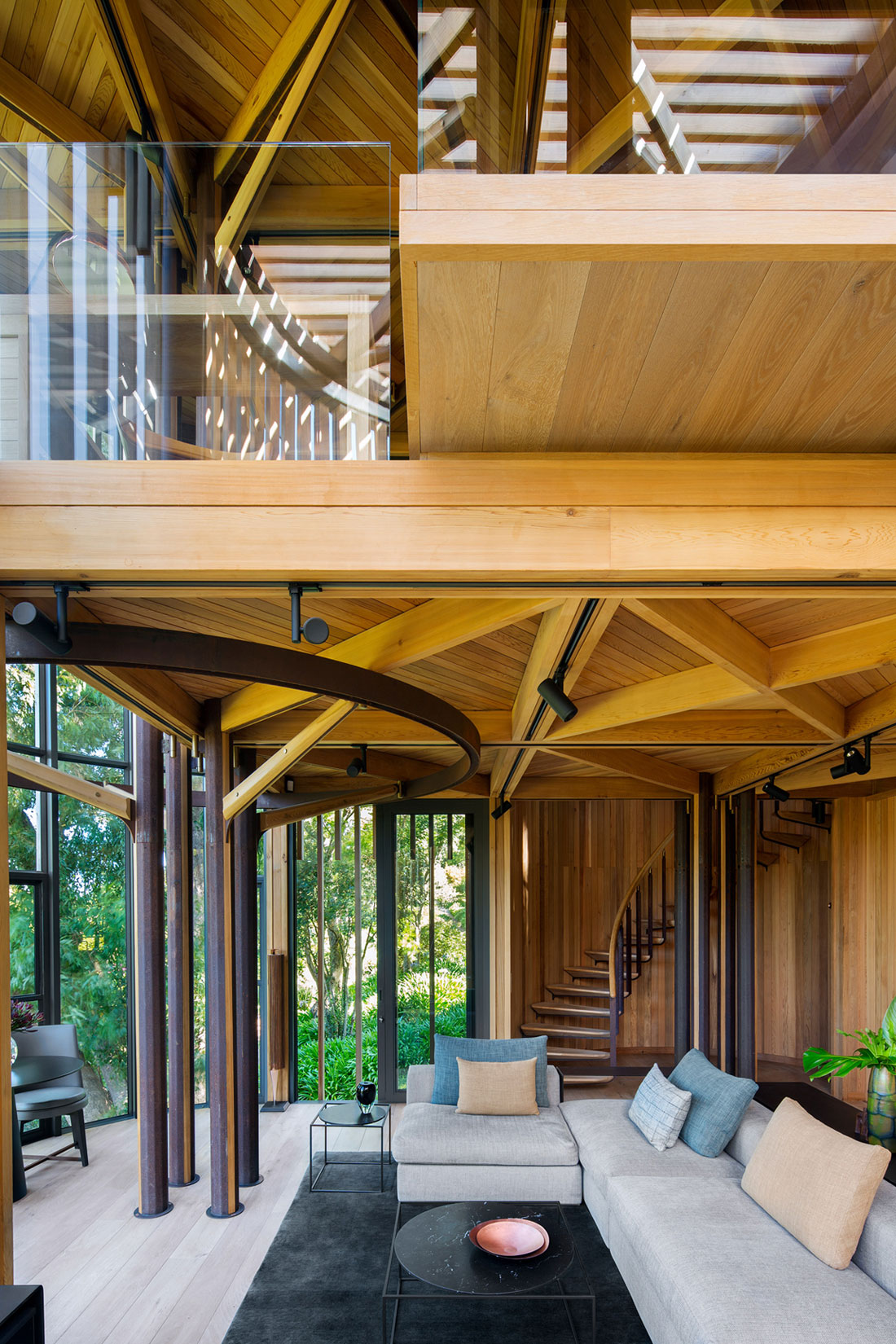 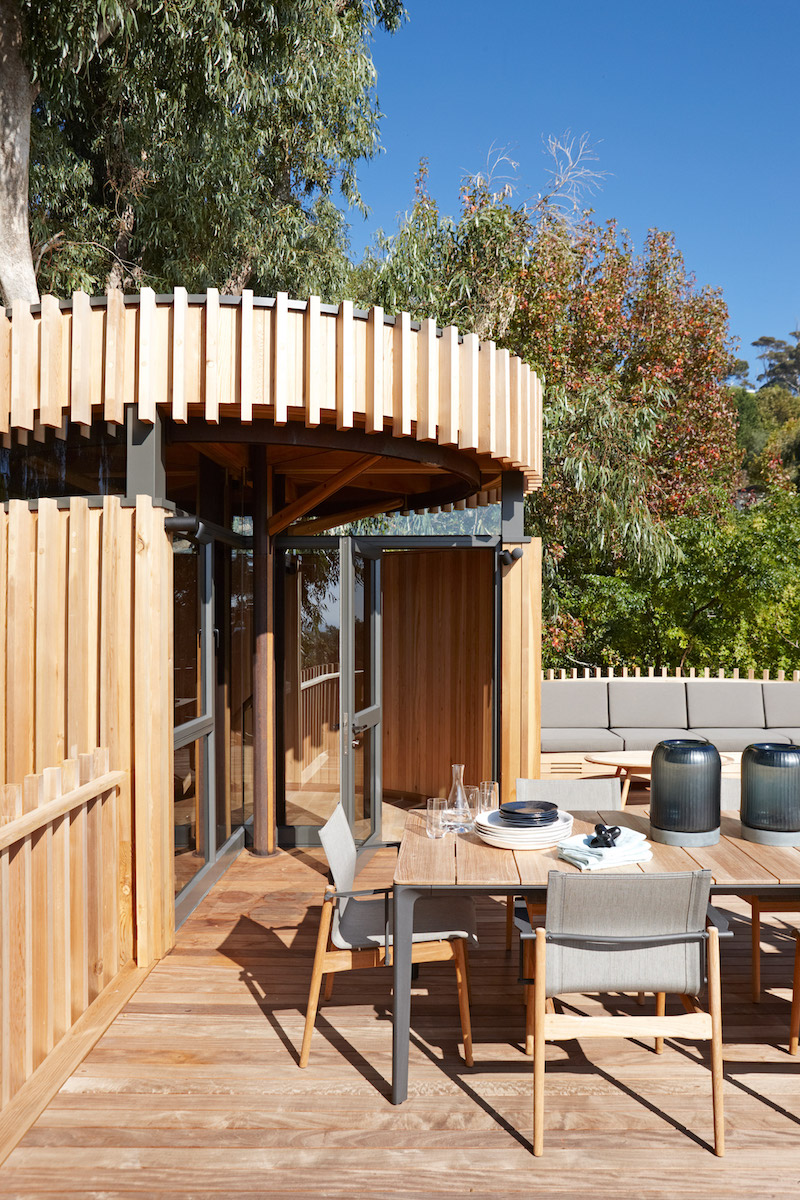 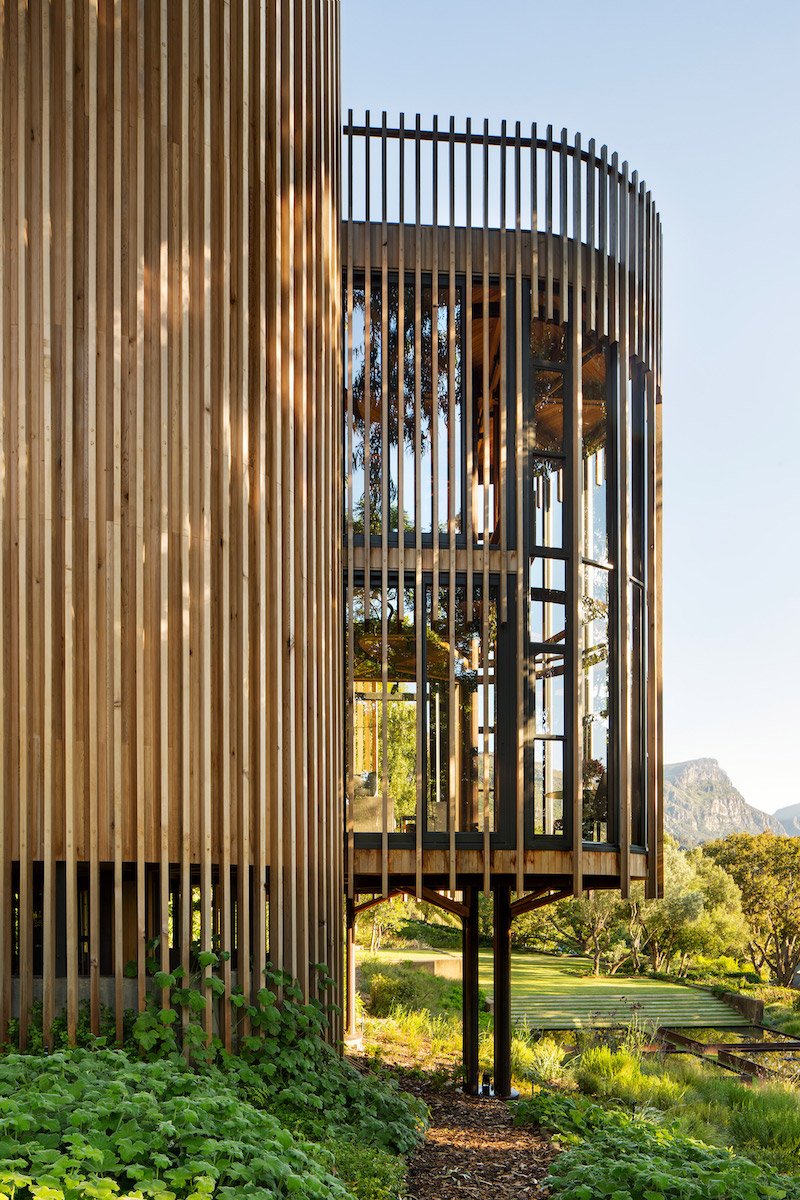 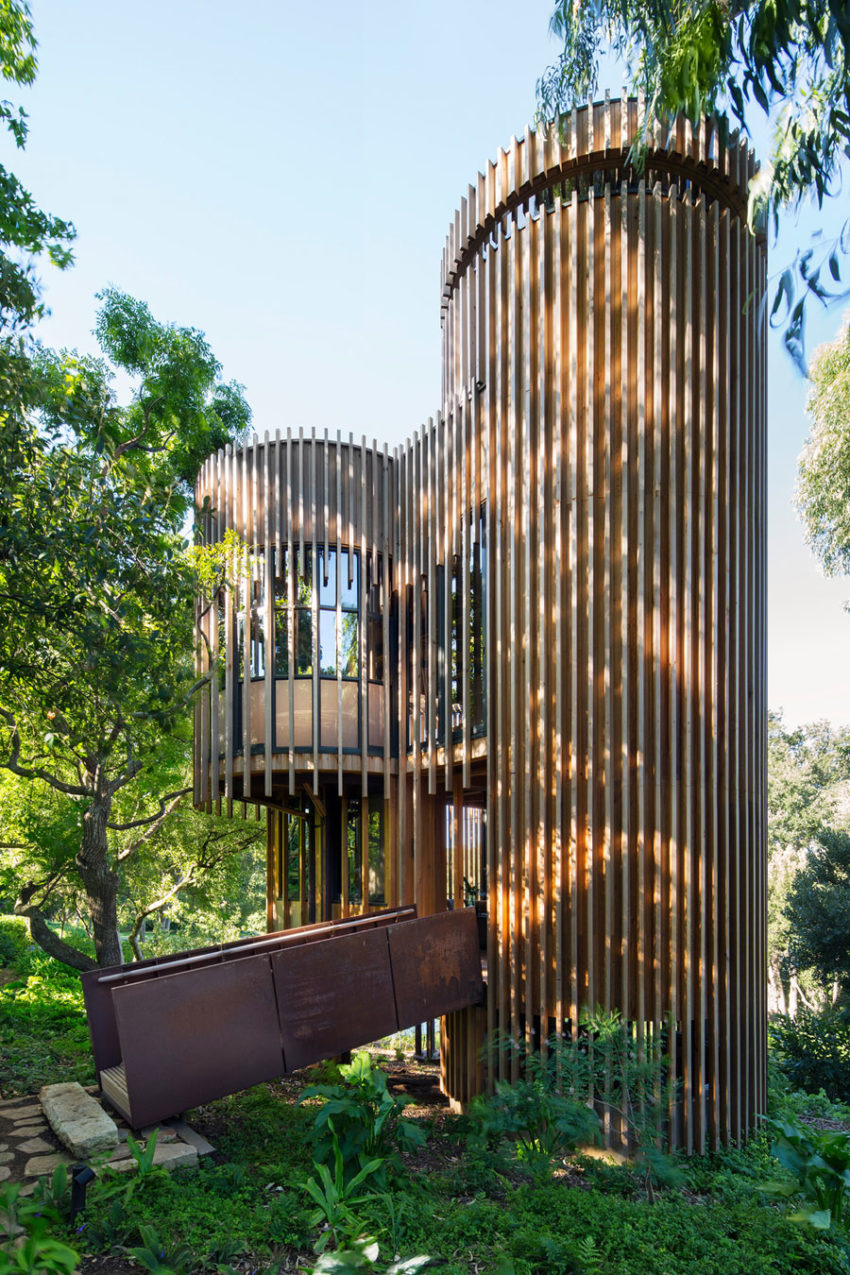 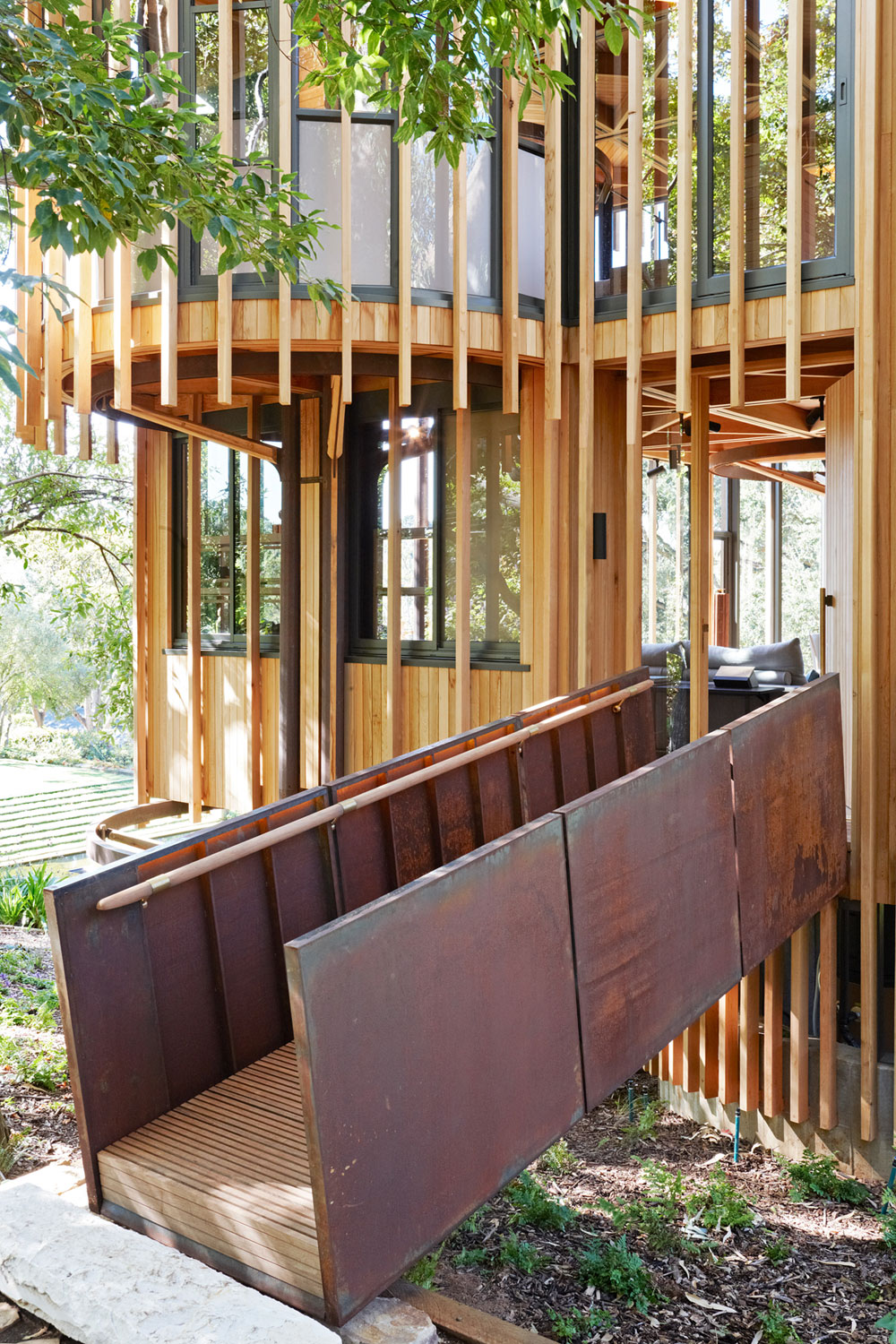 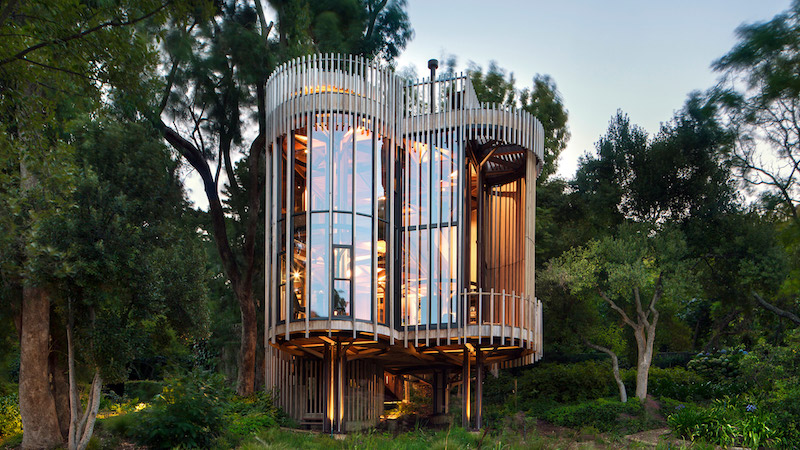 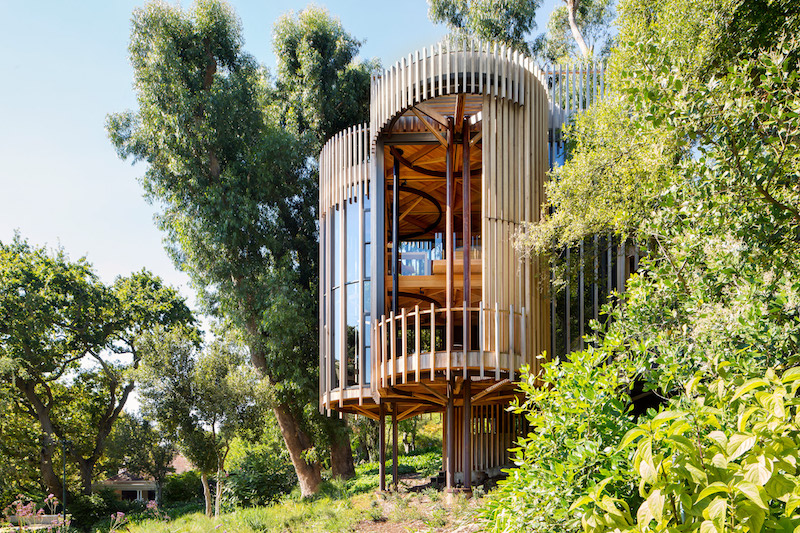 Tree houses are not just for kids. In fact, there are a lot of ways, most of which are impressive, in which they can be taken to a whole new level. This treehouse residence in Cape Town is just one of the many amazing projects that revolve around this idea. This particular house was designed to serve as a private retreat, a getaway among the trees. It was a project by Malan Vorster.

The client’s main desire was to have a cozy retreat that resembles a tree house and that’s exactly what the architect in charge created. Things like the views and the position of the structure on the site were elements that influenced the design the most. First of all, in order to offer views that show more than just tree trunks of the nearby trees, the house had to be built in stilt, on the highest point of the sloped site on which it stands.

Structurally-speaking, the house is organized into four cylindrical towers, all clustered together into one module. Structural columns can be seen at the center of each rounded volume. These columns and the circular rings at the top are made of corten steel. As for the rest of the house, wood was the chosen material. The materials used throughout were left untreated, the idea being to let them weather naturally over time so the house can be in tone with the surroundings.

The living area and other functions including the dining space, a patio and the circulation area are positioned on the first floor along with the entrance which can be accessed via a ramp made of timber and corten steel. The bedroom suite sits on the second floor from where it captures the most beautiful views thanks to the large windows and glass railings.