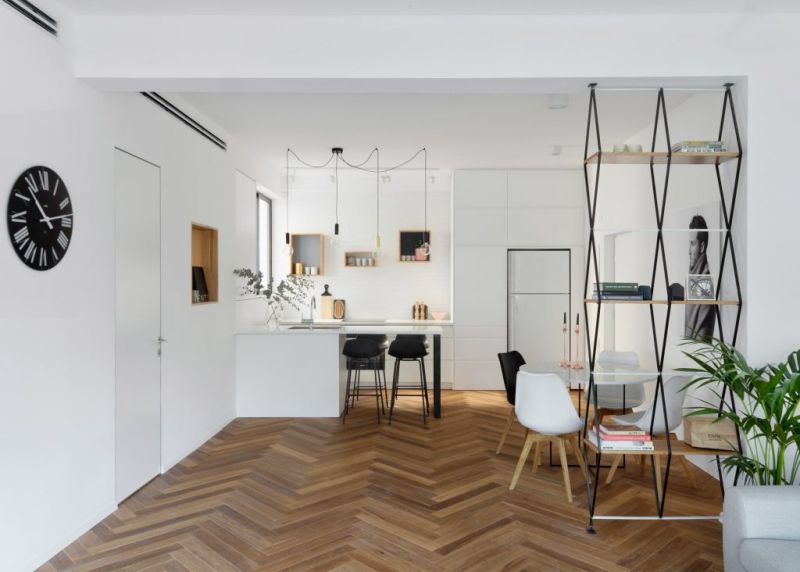 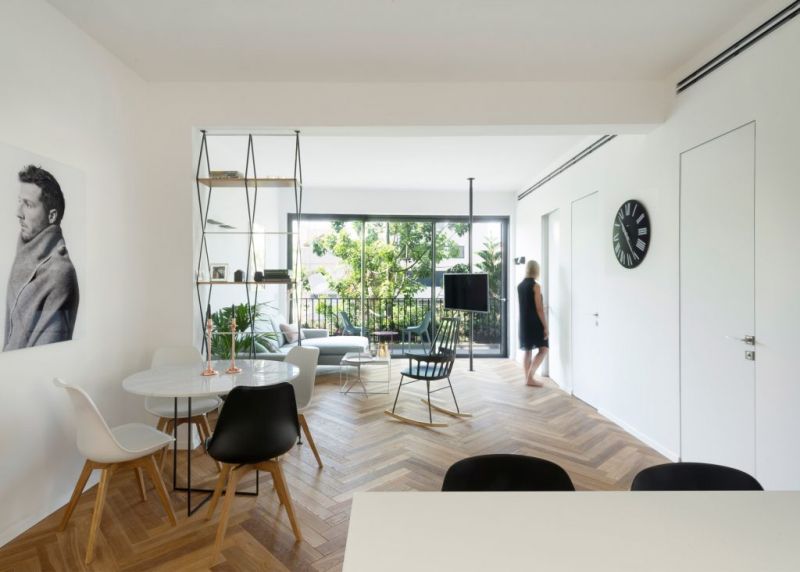 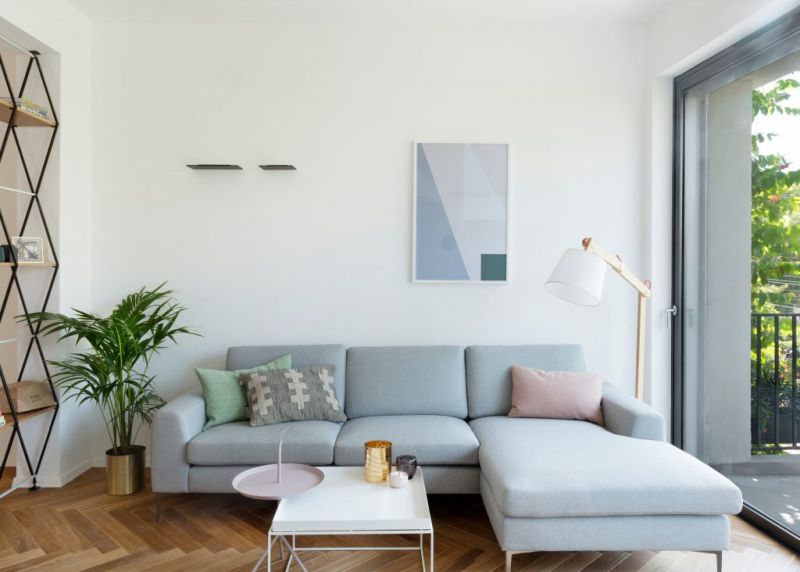 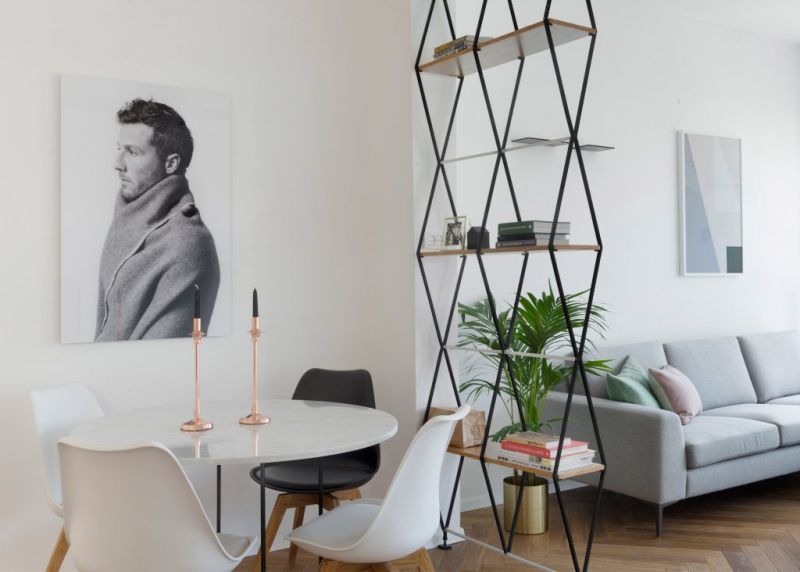 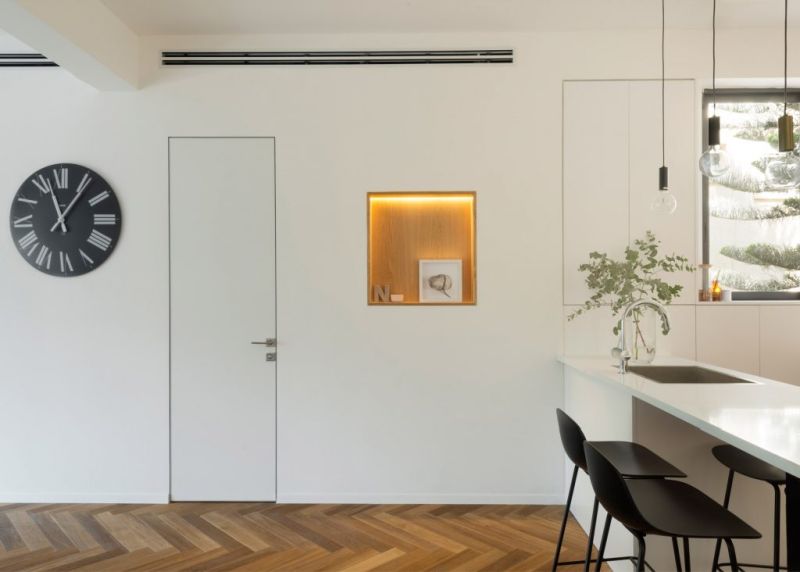 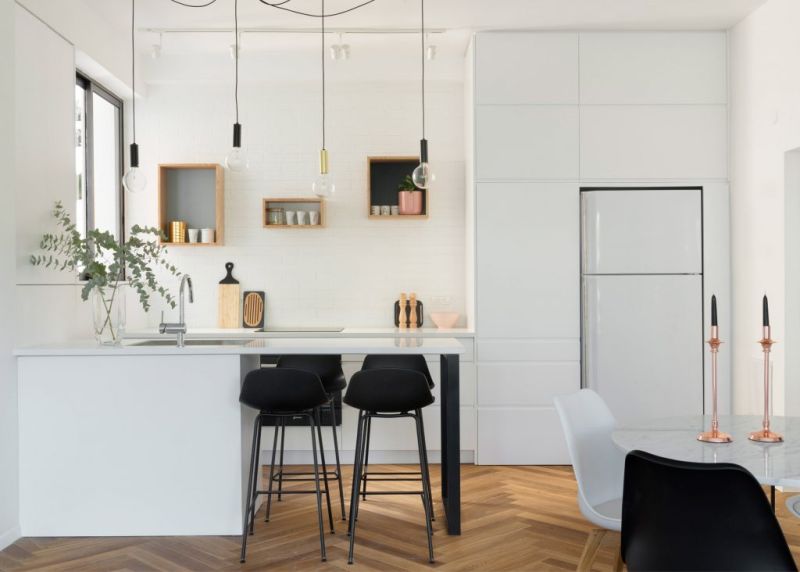 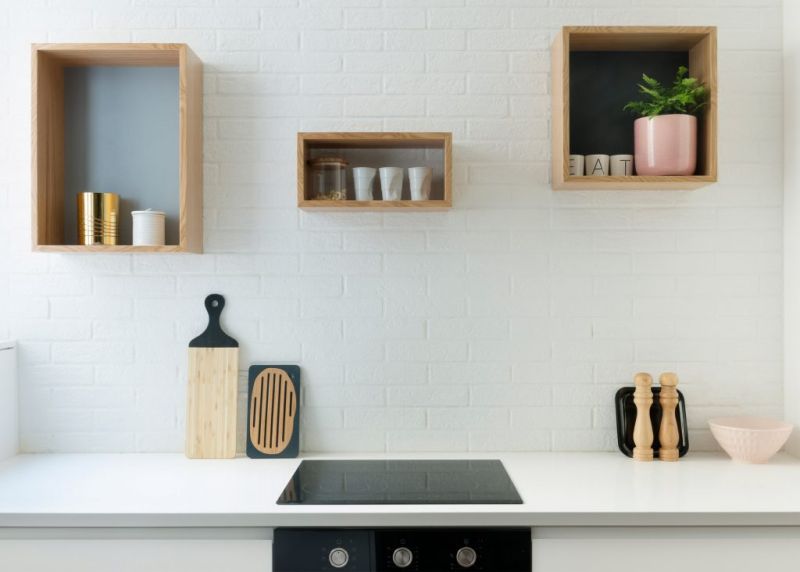 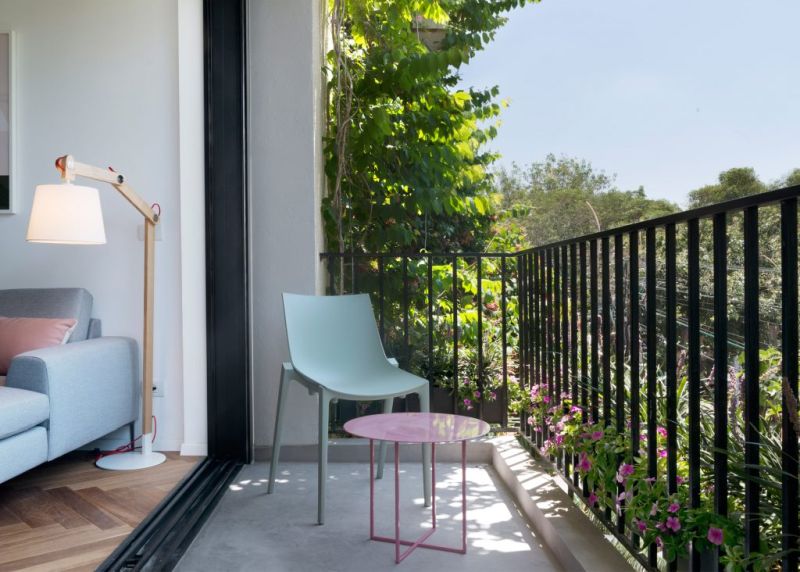 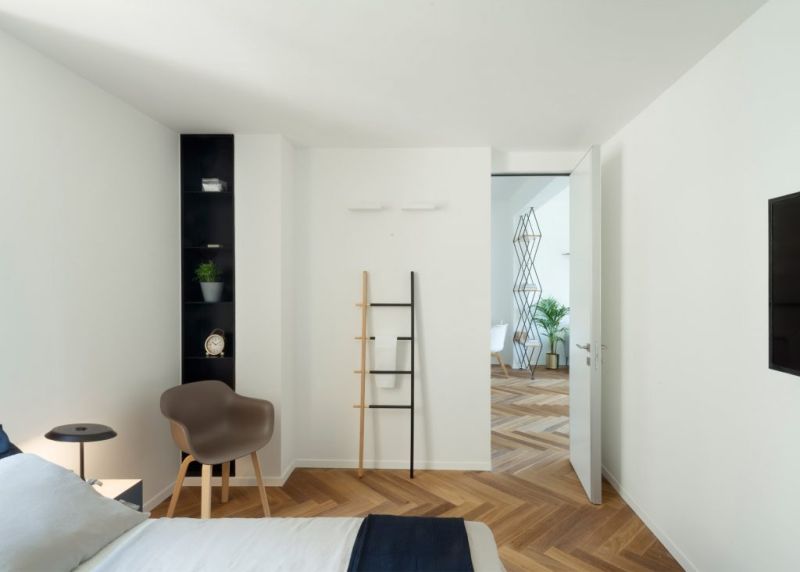 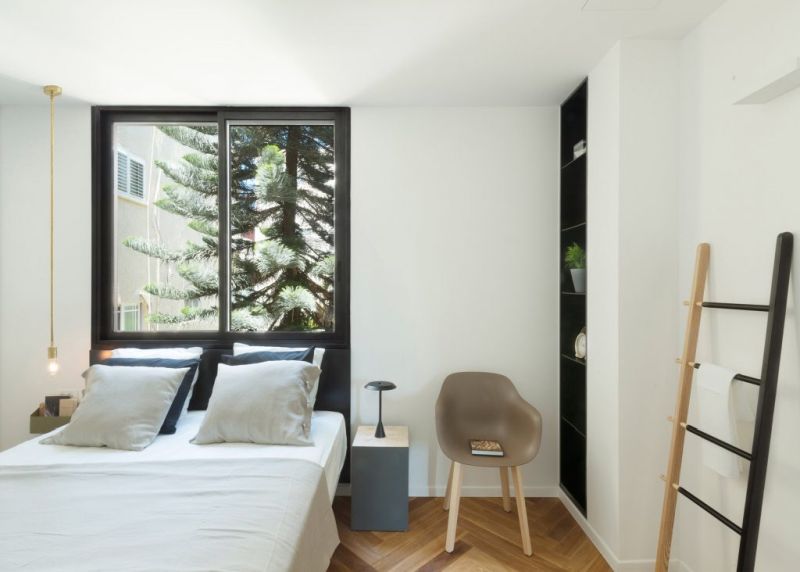 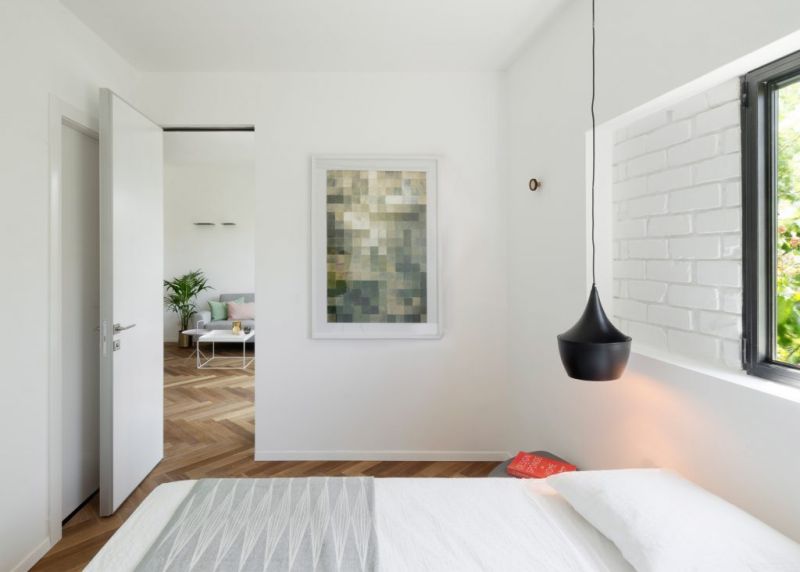 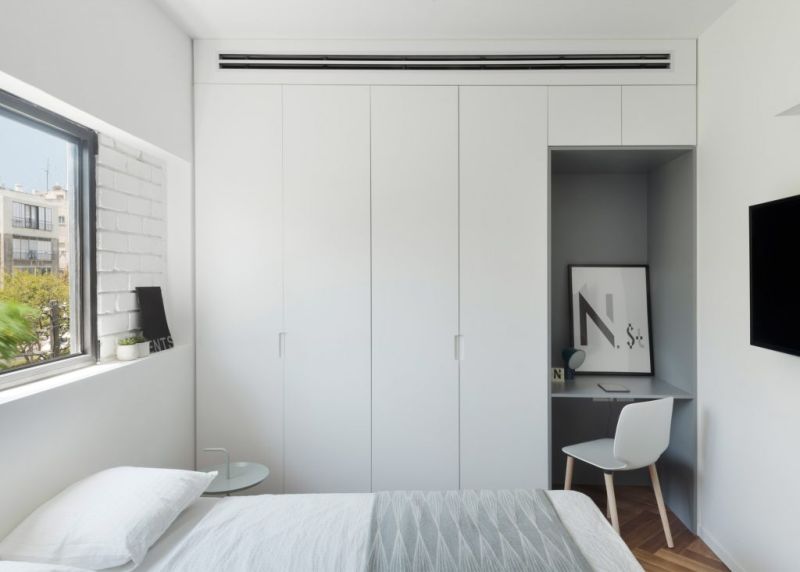 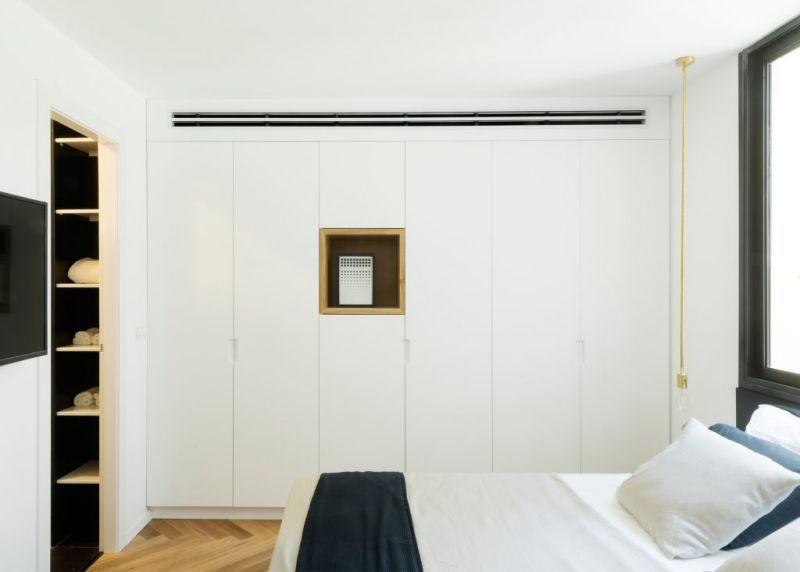 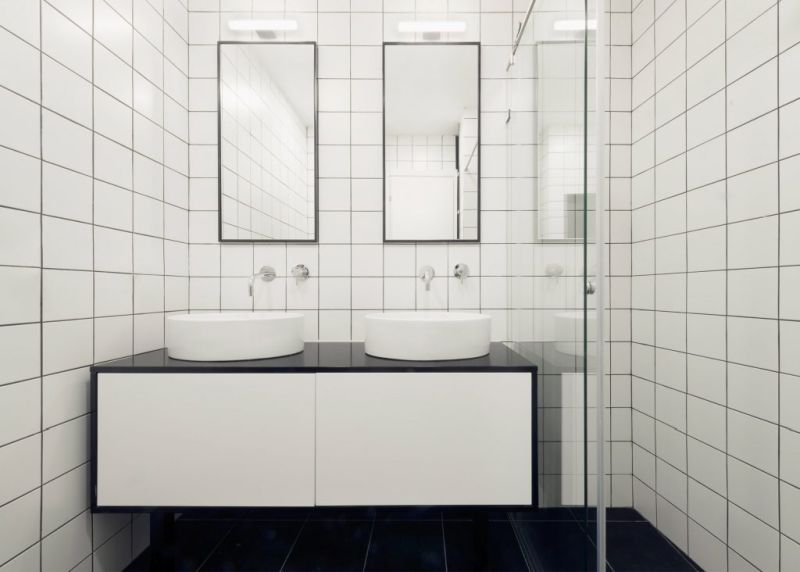 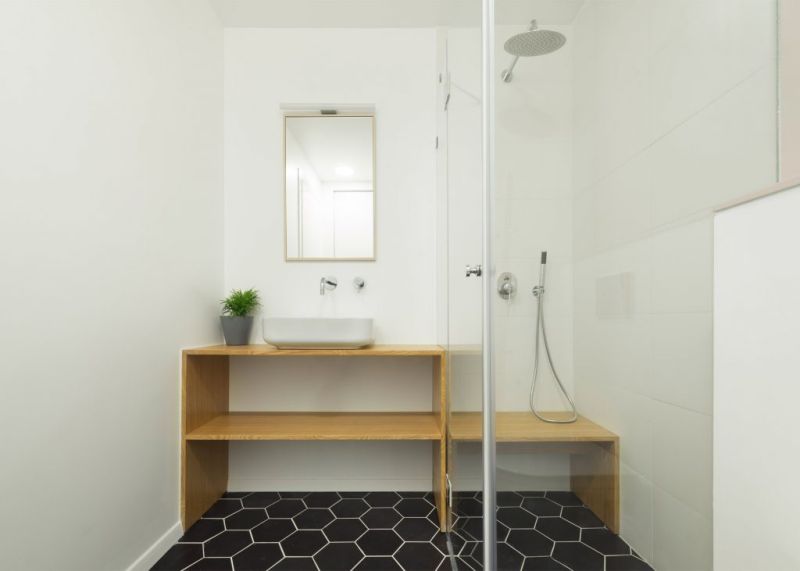 A lot of things can change the look of an apartment. When talking renovations, some changes are purely aesthetic while others have a more profound effect on the space, also defining its layout and structure and the functionality of the rooms. In this case, there was a mixture of both strategies.

This apartment measures 80 square meters and is situated in Tel Aviv, Israel. Its transformation was a project by Maayan Zusman, a designer with a love for the challenging process of finding the best match between a space and a client’s needs.

This interior designer dreams of beautiful ideas and turns them into reality, making every space a wonderful expression of both form and function. As always, the design strategy is unique for every project. This apartment is defined by beautiful and soft colors and warm herringbone flooring.

But the renovation involved more than just painting the walls and installing some parquet boards. Some of the walls had to be taken down, a decision based on the desire to open up the interior and to create a smoother and seamless transition between the spaces.

The result was an open plan social area that integrates the entryway, kitchen, dining space and living area. The remaining walls were painted white in order to create a feeling of spaciousness and to make the décor look bright and airy.

To avoid making the whole space feel cold and uninviting, the designer chose to install wooden herringbone flooring for a warm and cozy vibe. A very sleek and simple geometric bookcase was used to separate the lounge area from the dining space. It’s made of black steel and wood and it maintains the overall openness of the space. A round dining table with a Carrera marble top is complemented by classical chairs and matching stools.

The apartment had a balcony which was closed off and the designer opened it up again as part of the renovation. It became an extension of the living area, serving as a cozy lounge nook with views of the street.

The two bedrooms also feature wooden floors. They each have their own separate bathrooms, each with a unique design twist. In one case the designer chose black and white tiles for a timeless and elegant look and in the other hexagonal floor tiles were used for a chic and playful vibe.

Each bedroom has its own unique vibe. They both include plenty of storage in the form of built-in wall units. One conceals a small work station, making the most of its small footprint.