By Simona Ganea | Published on Jan 2, 2018
of 14
FY House emphasizes-the ebauty of tis surroundings through its design - The FY House is a beautiful residence on a relatively remote site along the road
FY House structured on two main levels and an intermediate area
FY House embraces the slope and makes the most of it
FY House has an outdoor living space with a fireplace
FY House has peforated corten steel panels on its west facade
FY House and its perforated facade at night
FY House view of the perforated panels from inside
FY House has large glass walls that connect it to a large outdoor terrace
FY House features a roof deck with panoramic views
FY House has a ceiling-mounted fireplace in the living room
FY House features a chic little kitchen with an island bar
FY House brings the outdoors in and frames the views
FY House designed with raw materials inside and out
FY House has a bath with a glass ceiling
Modern House Embraces The Rugged Terrain And Makes The Most Of It
Buy Now 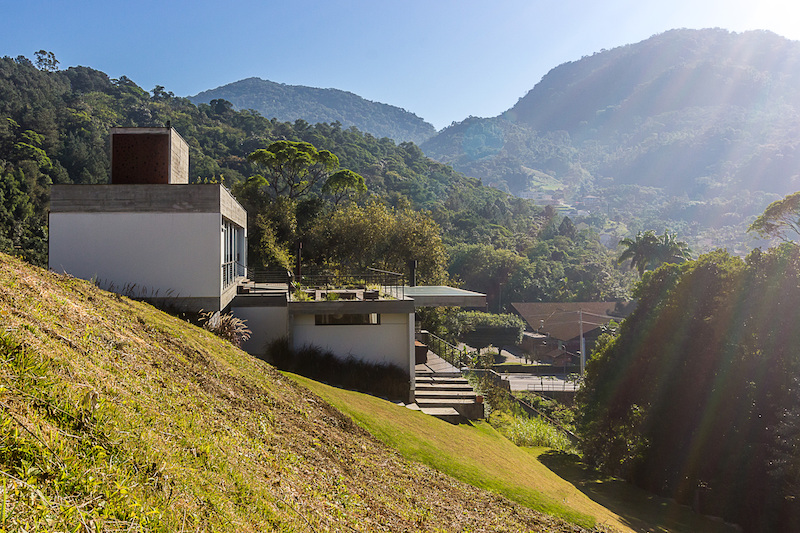 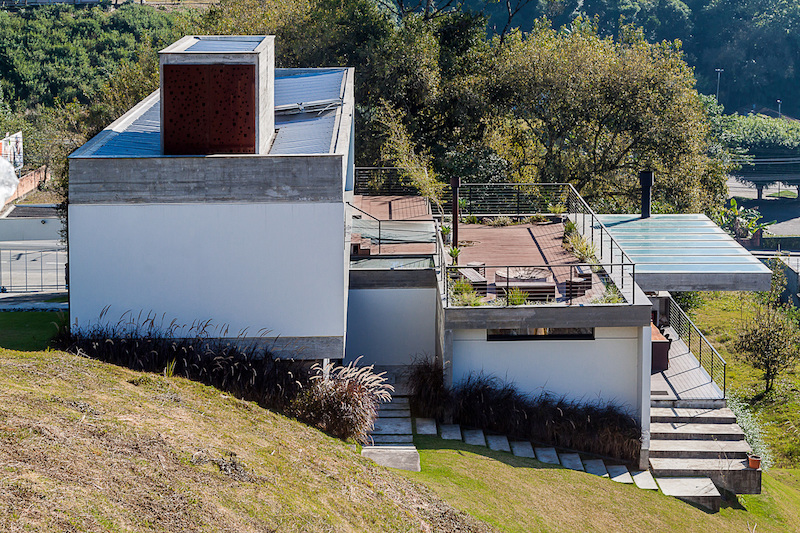 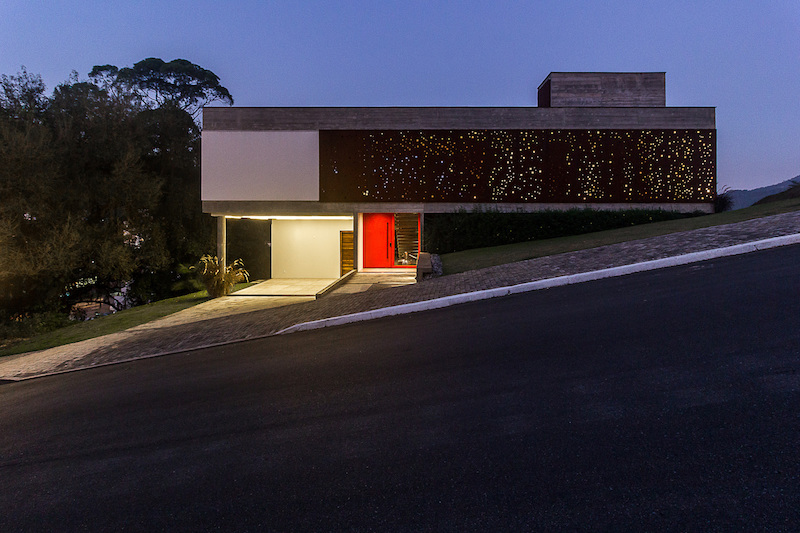 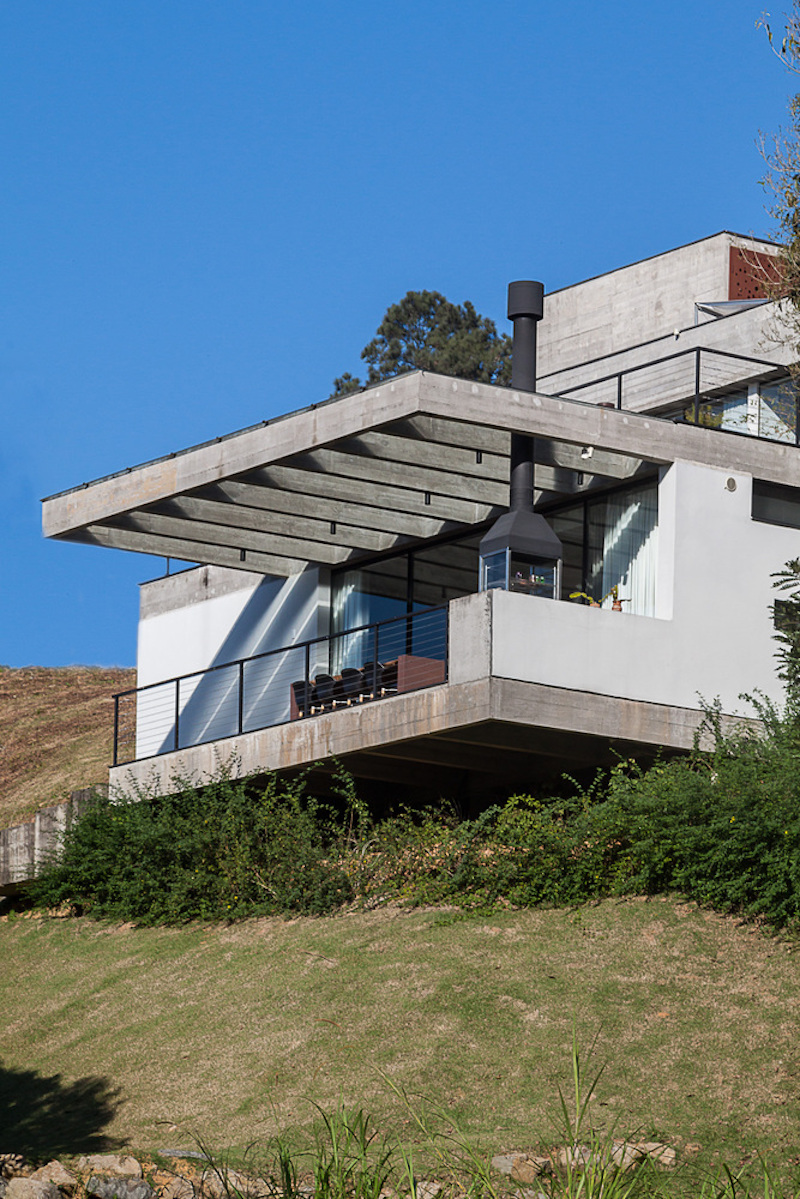 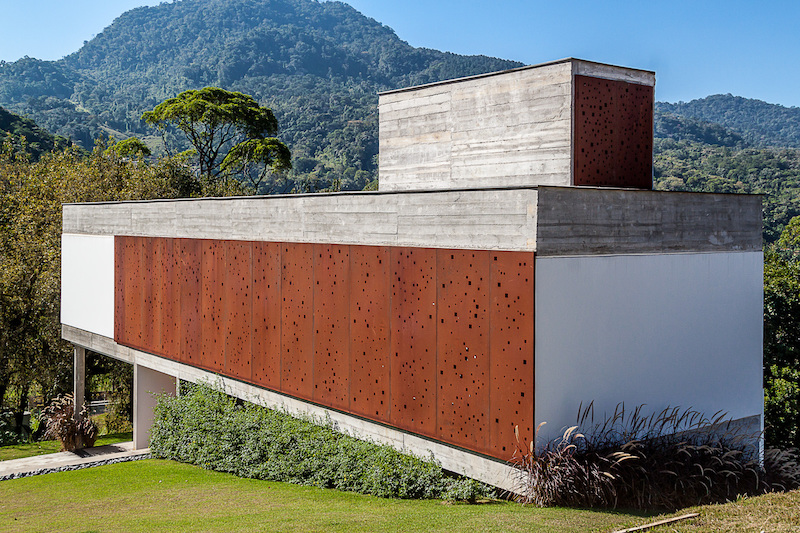 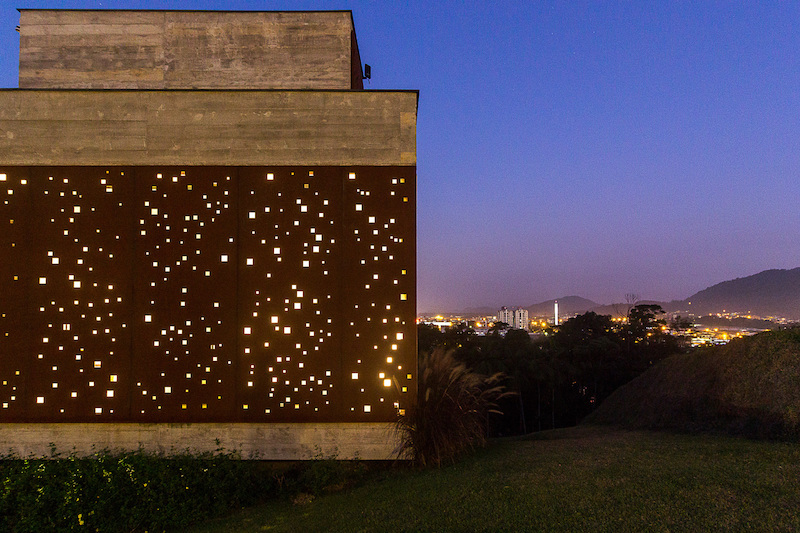 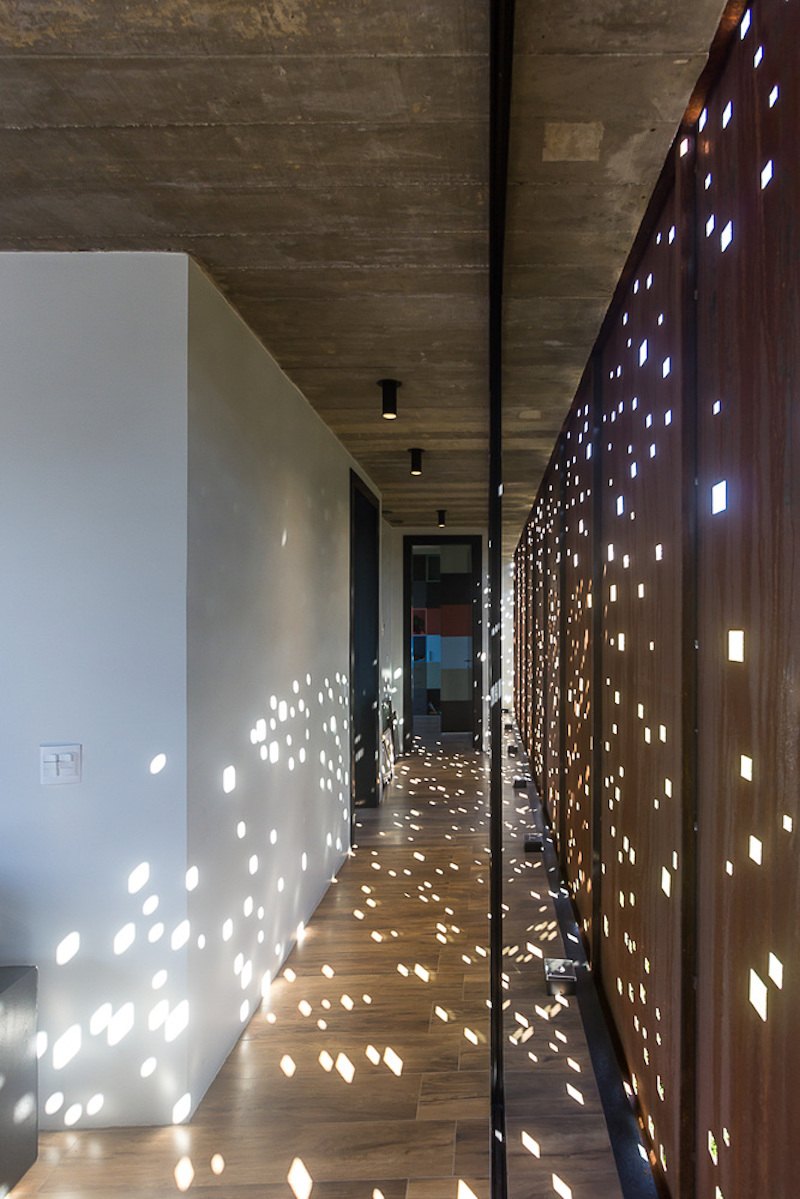 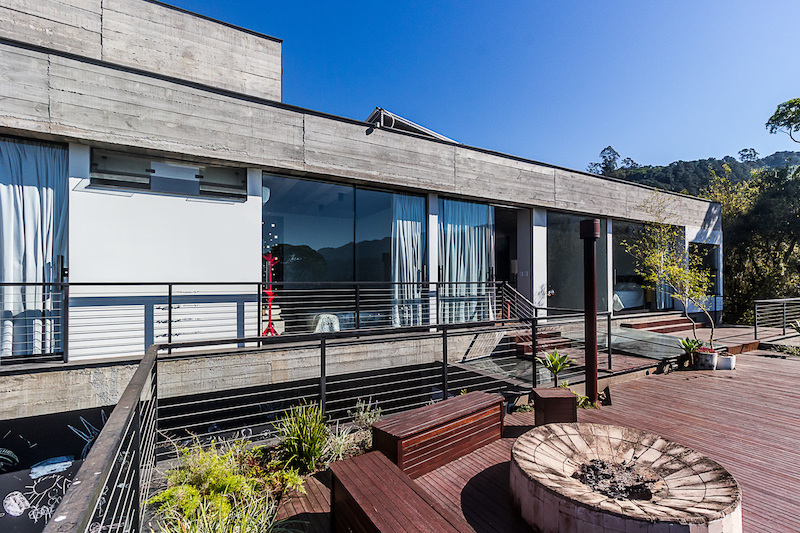 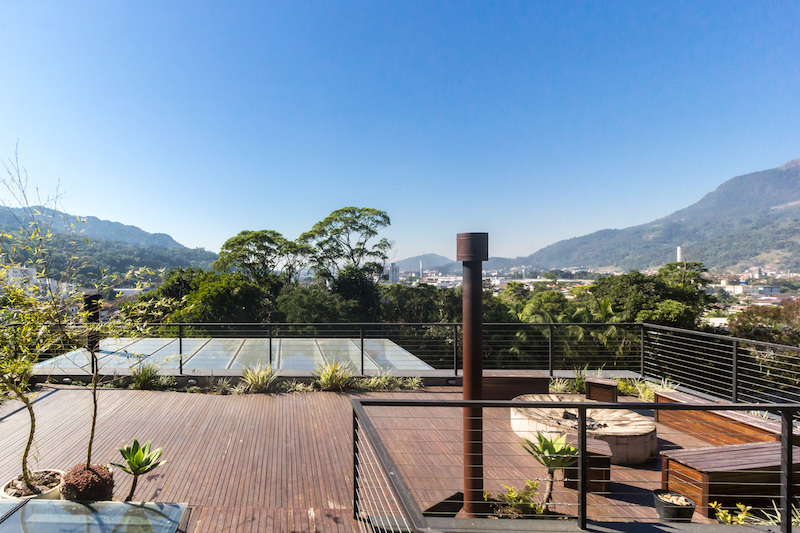 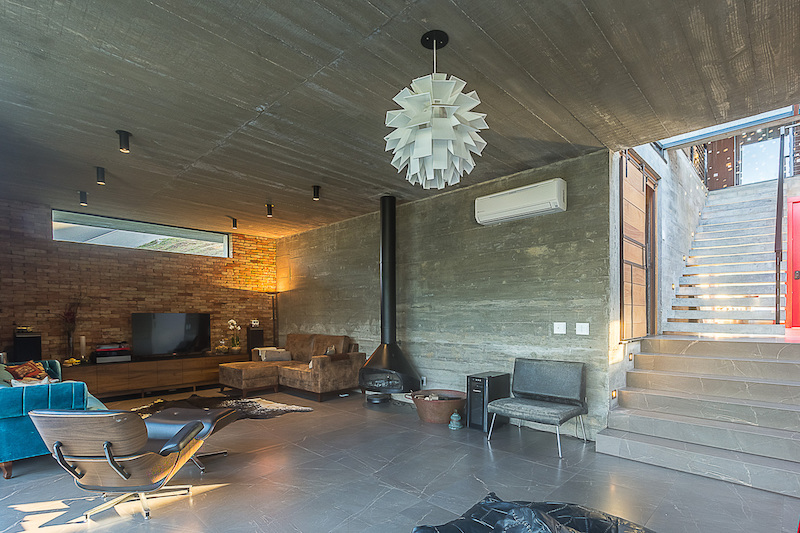 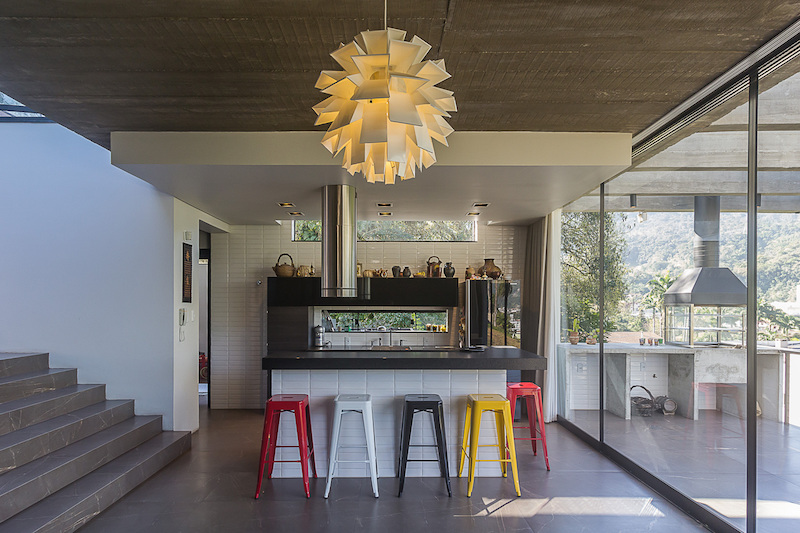 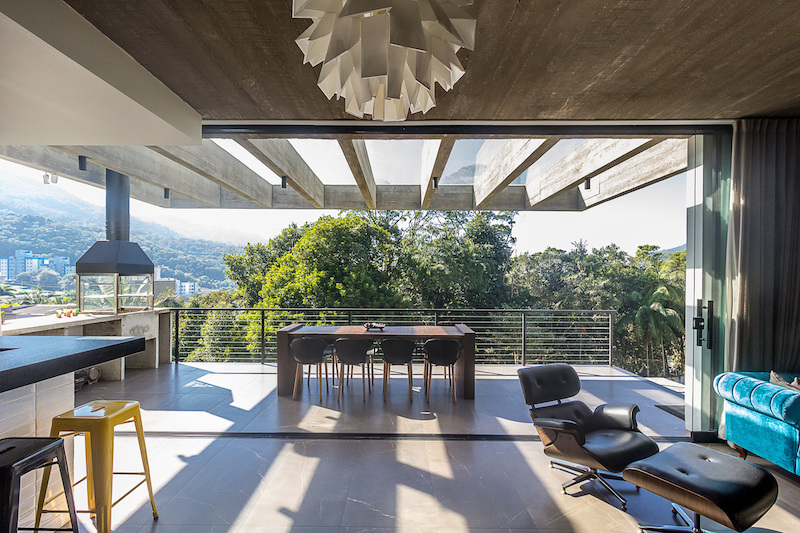 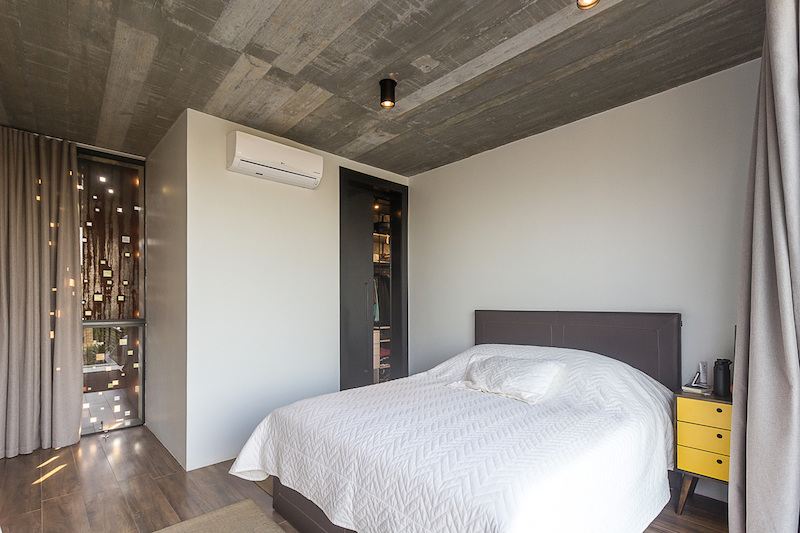 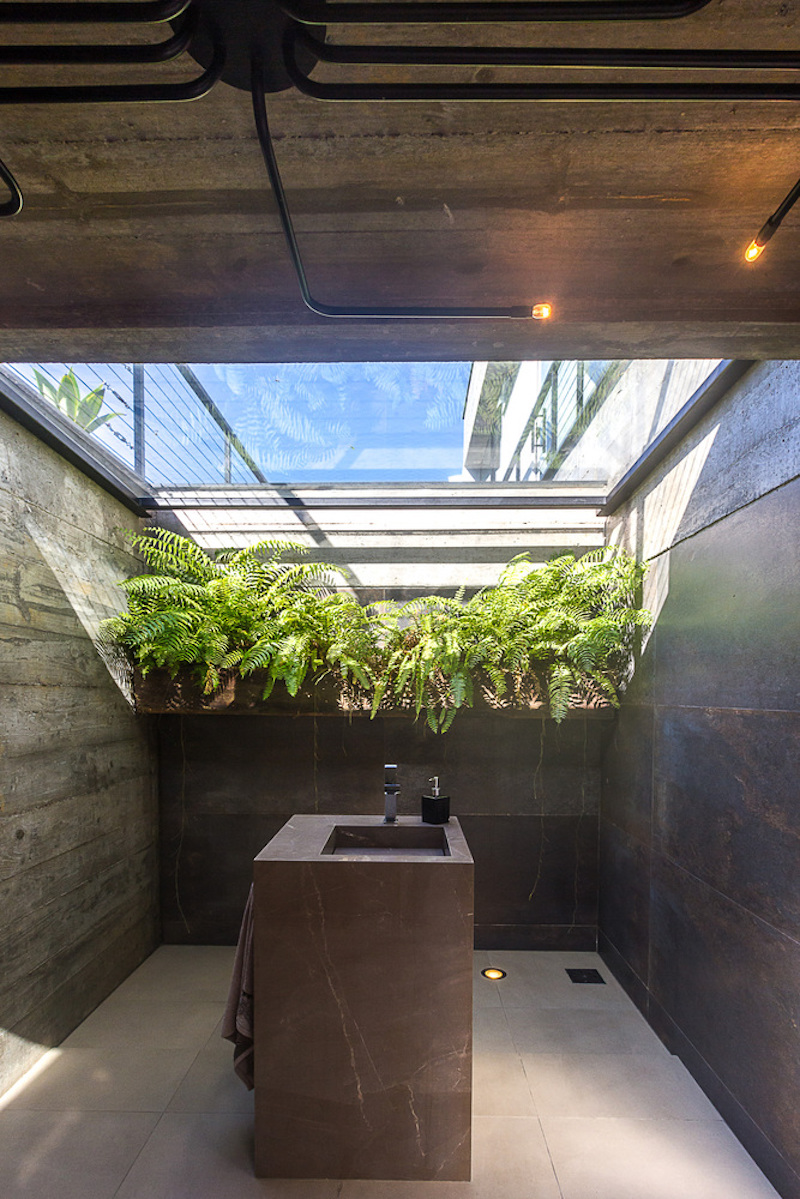 In the case of rugged terrain areas, it’s often the site that dictates how a house should be built, designed and oriented and architects have to face unique challenges and to find custom solutions to every problem. All of that has to be done while also taking into consideration each client’s requests and desires. The FY House is an interesting example in that sense. Located in Jaraguá do Sul, in Brazil, the house was completed in 2015 by PJV Arquitetura. It may look imposing and massive but its interior is surprisingly welcoming and full of stylish features.

The site on which it stands has a steep slope, hence the challenges we mentioned. The architects decided to embrace the slope and to structure the house on two main floors, the upper one being the most impressive. The entrance hall is situated at an intermediate level and has a glass ceiling which lets in lots of natural light during the day and offers a really cool view of the sky at night.

The house is structured into two long and rectangular volumes that measure 26m x 40m. The lower volume contains the social spaces and opens onto a suspended terrace. It also includes the service areas and the garage. The upper level is supported at one end by the ground and on the other by a cylindrical pillar, forming an open but protected garage area for two cars.

The clients wanted the house to avoid the mainstream designs and to be different and special in its own way. They wanted it to be designed with raw materials which could connect it to the rugged terrain that surrounds it. The architects chose a combination of reinforced concrete, corten steel, glass and black metal profiles which combined give the house an imposing look which blends modern and industrial features.

The western facade features these eye-catching panels made of perforated corten steel. They let light get in and out through a series of small square-shaped holes which create interesting visual effects. During the day, natural sunlight enters the house and is projected on the walls and floor and during the night the artificial light from inside the house forms an eye-catching pattern which links the house to the city lights visible in the distance.

The interior spaces are open and in certain cases divided by glass panels which let the light travel through while also ensuring a smooth transition between the volumes. the social areas are also seamlessly connected to an open terrace which can serve as an extension of the internal space as well as a separate volume. The private areas which are situated on the upper level benefit from beautiful views of the surroundings and have their own connections to the outdoors.