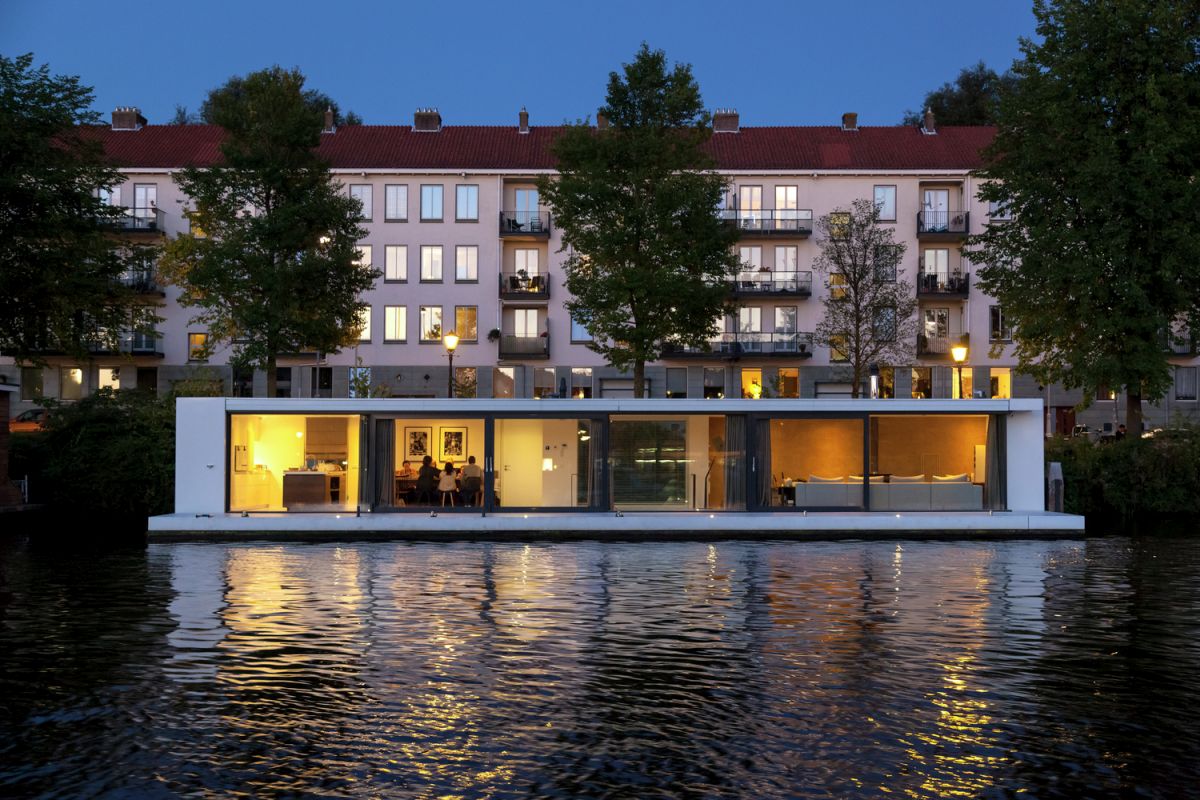 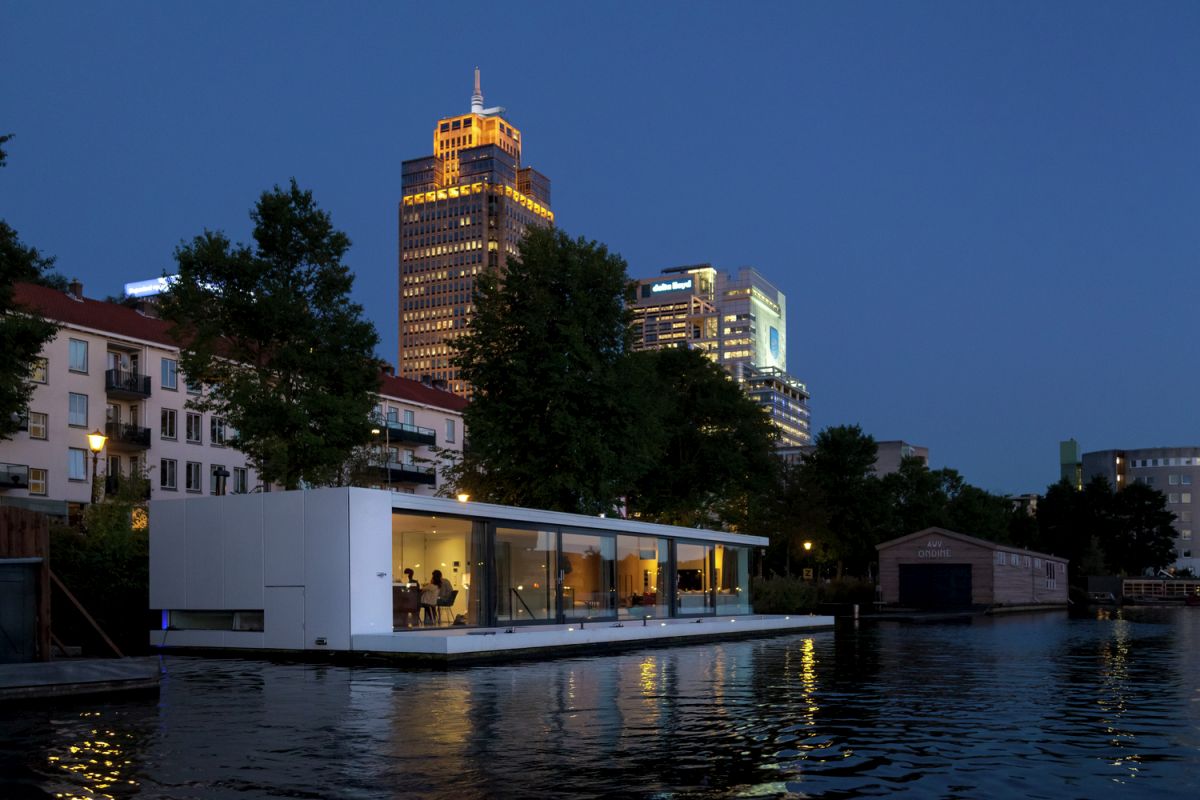 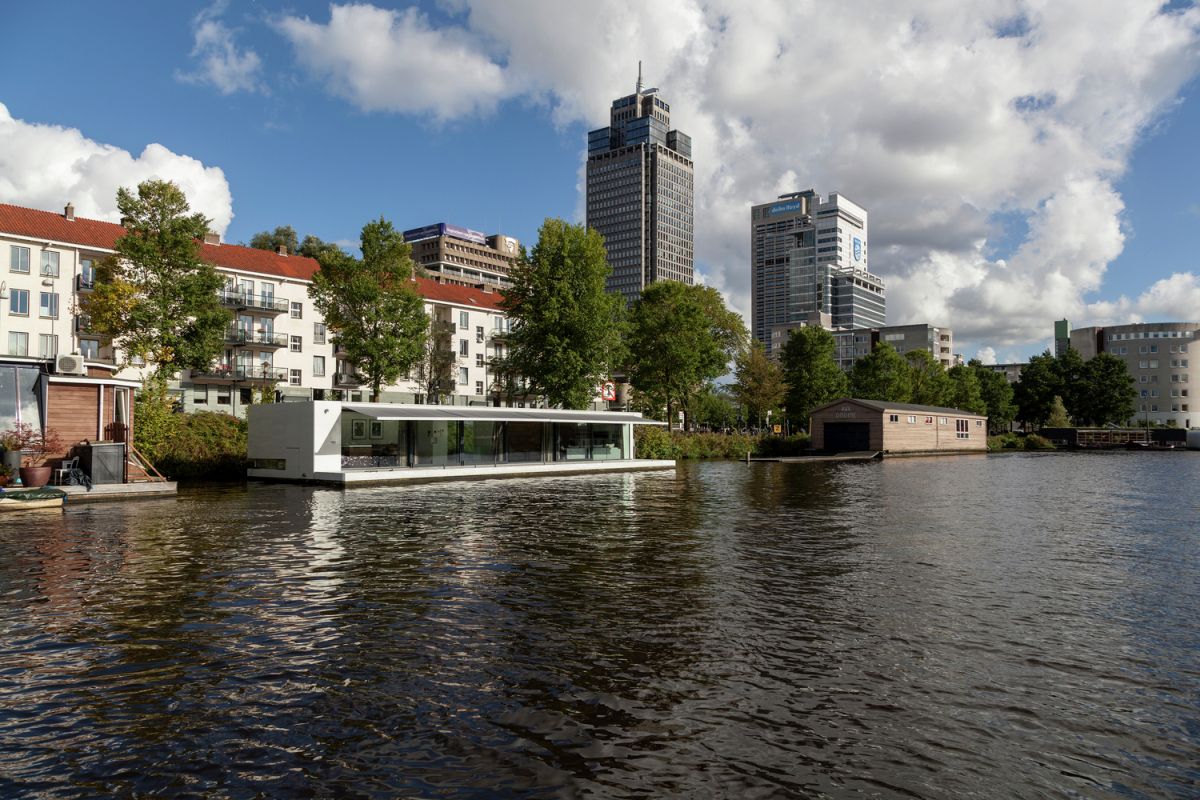 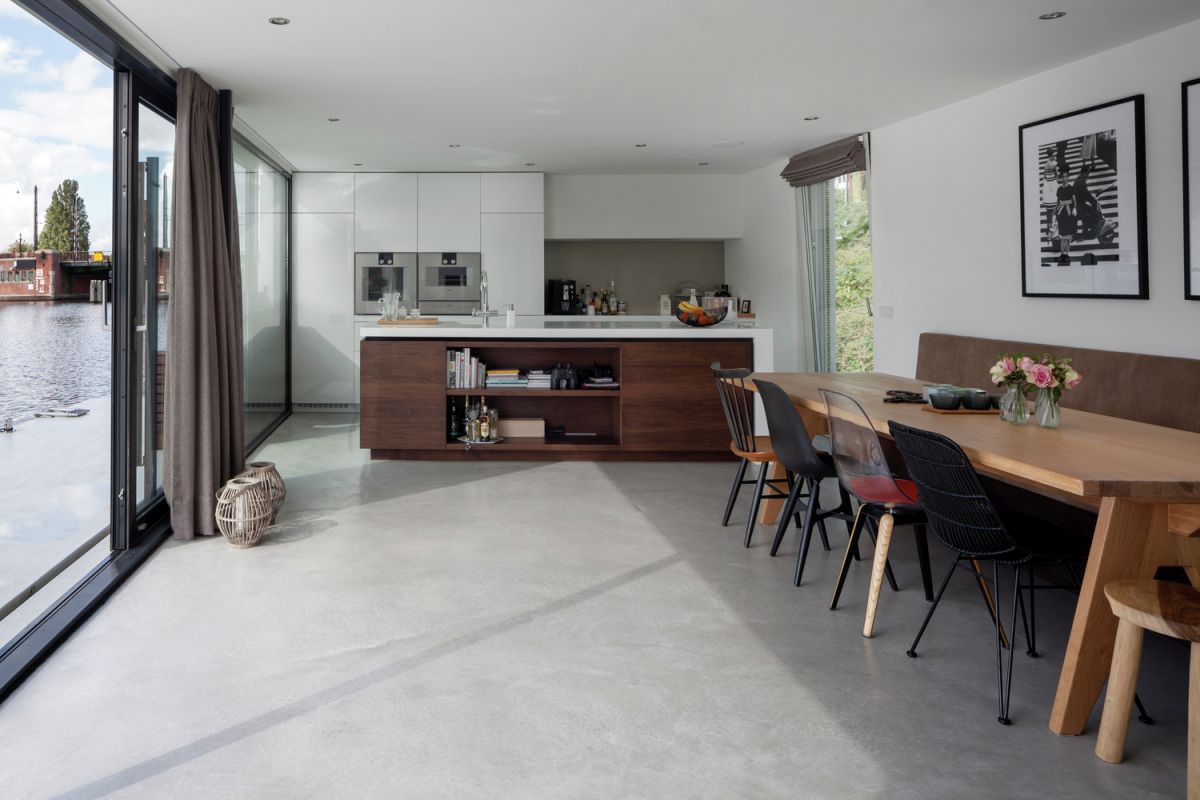 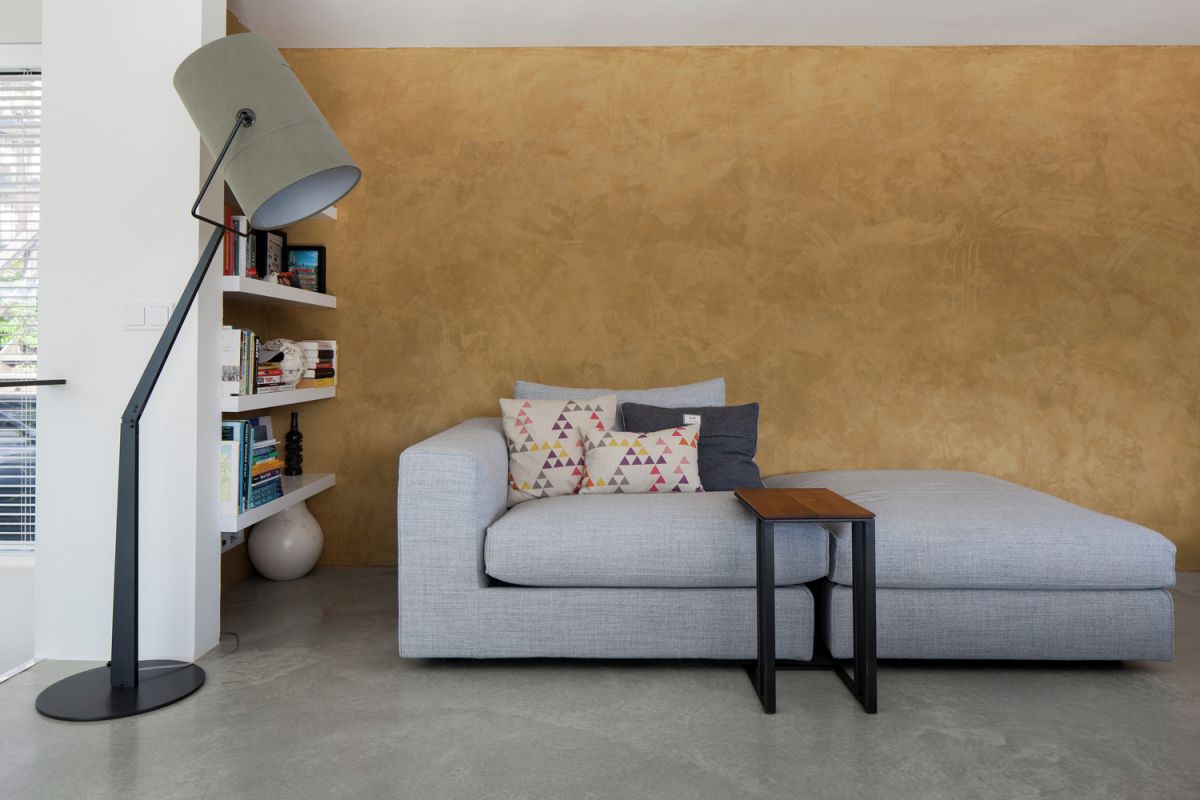 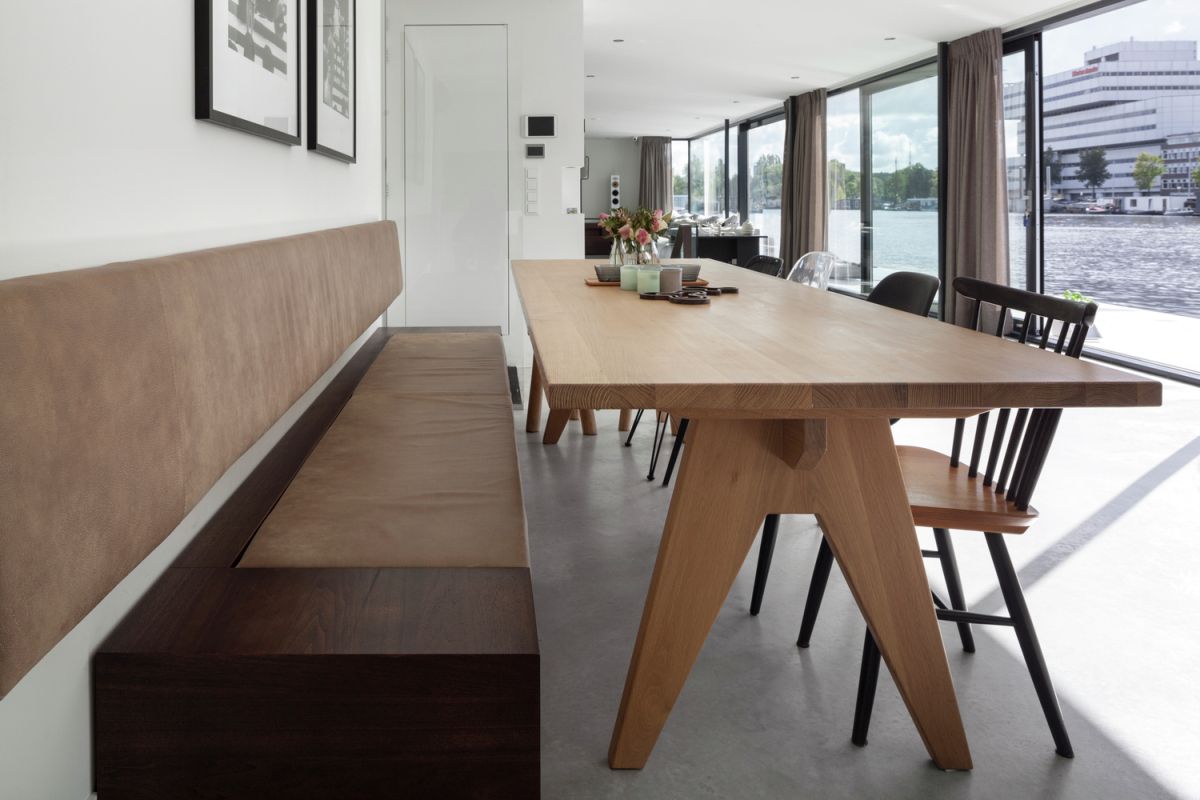 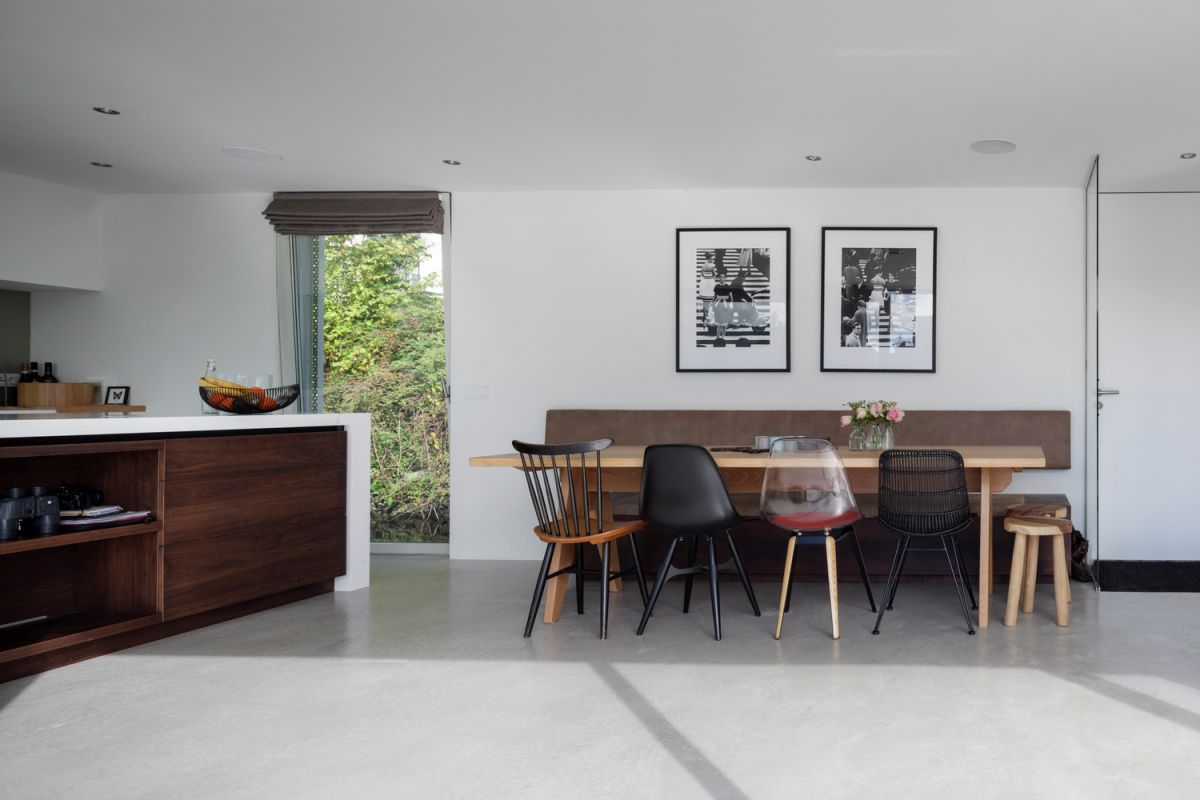 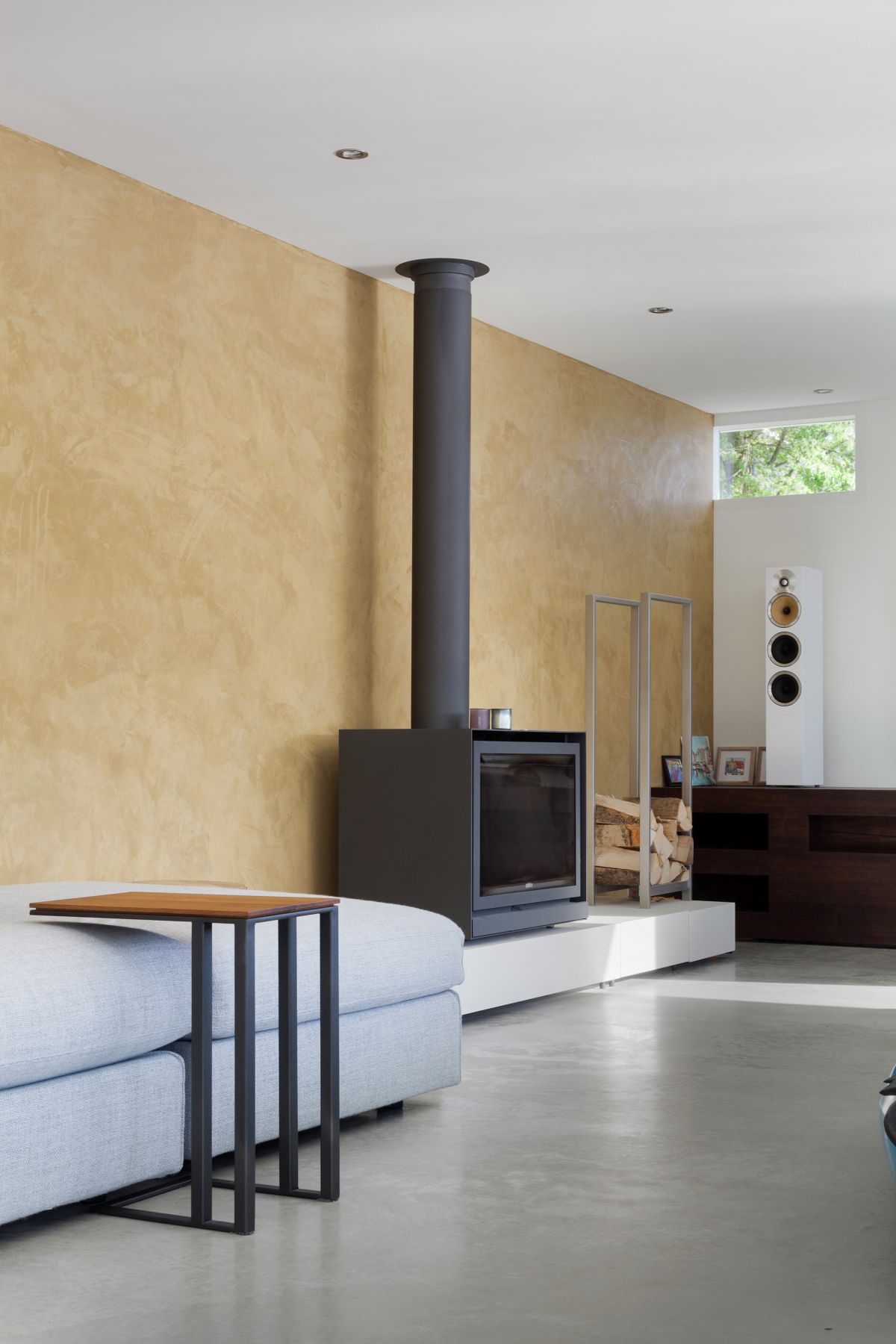 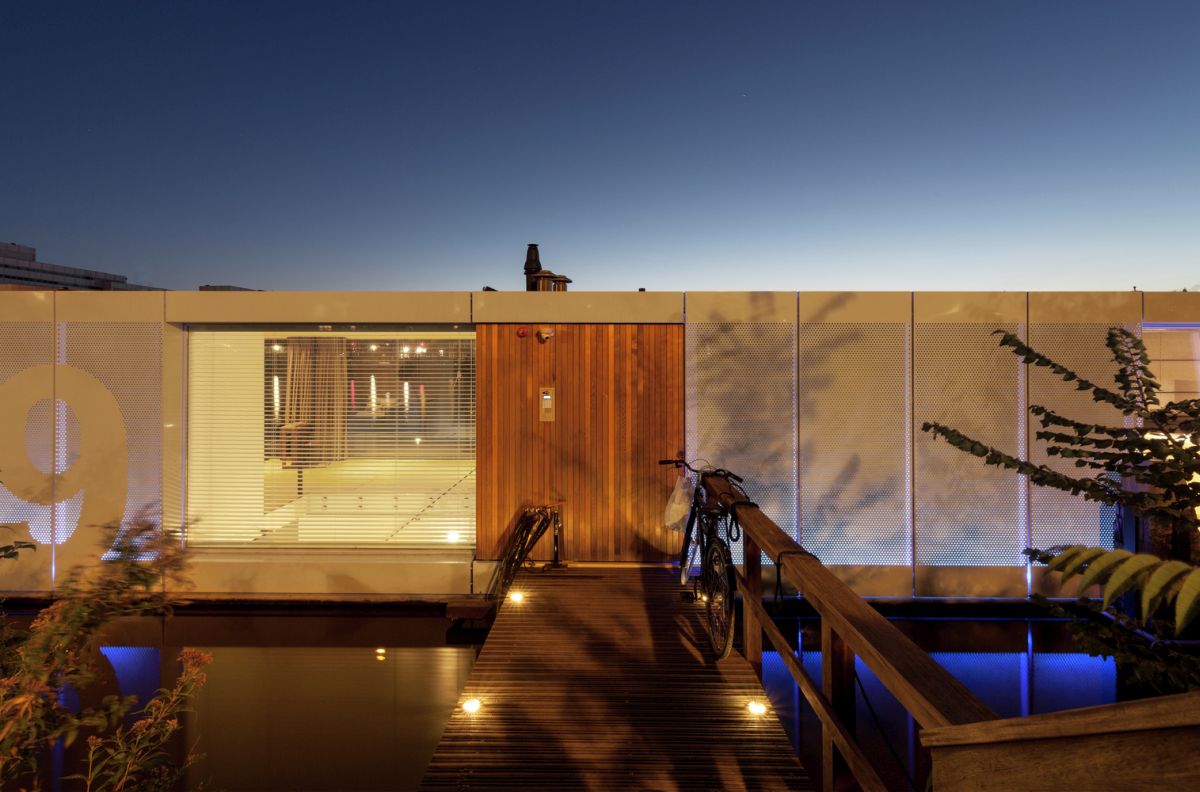 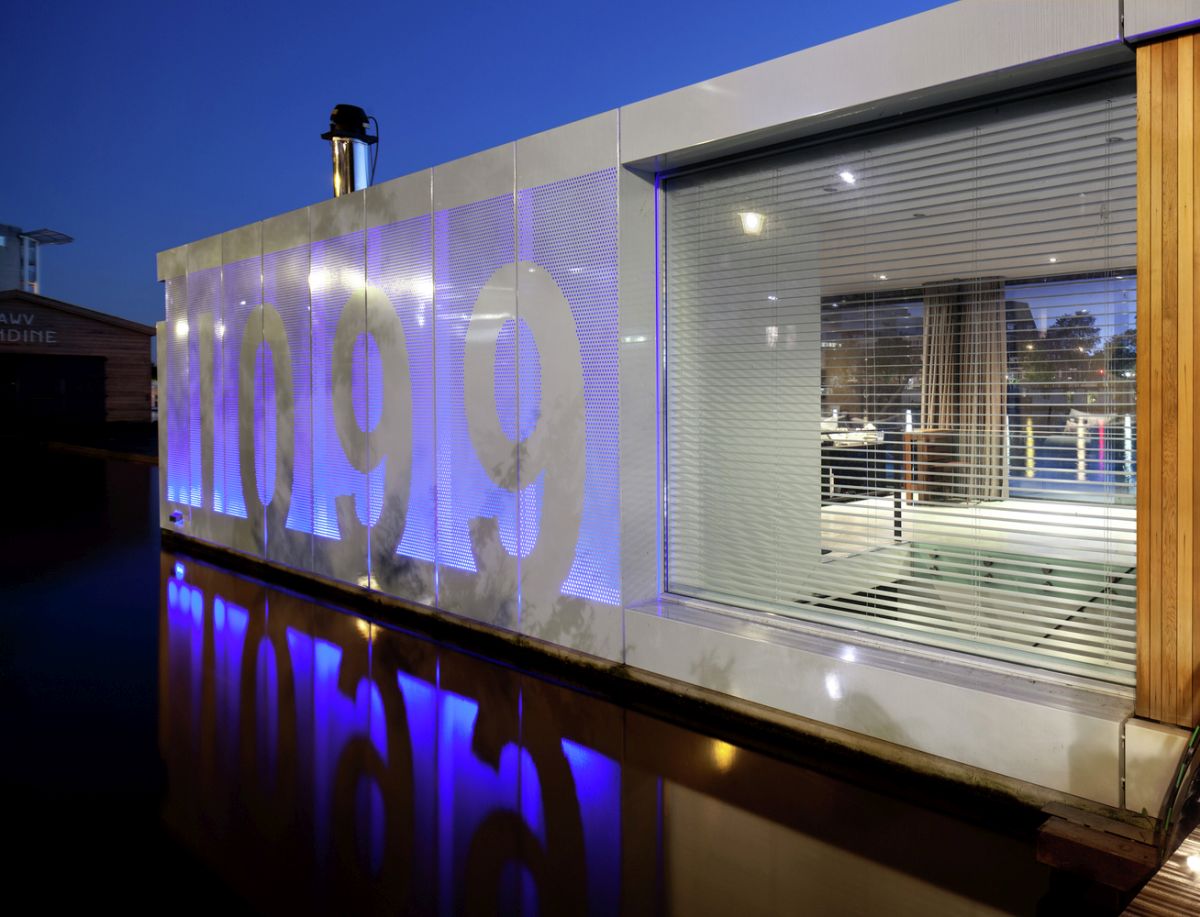 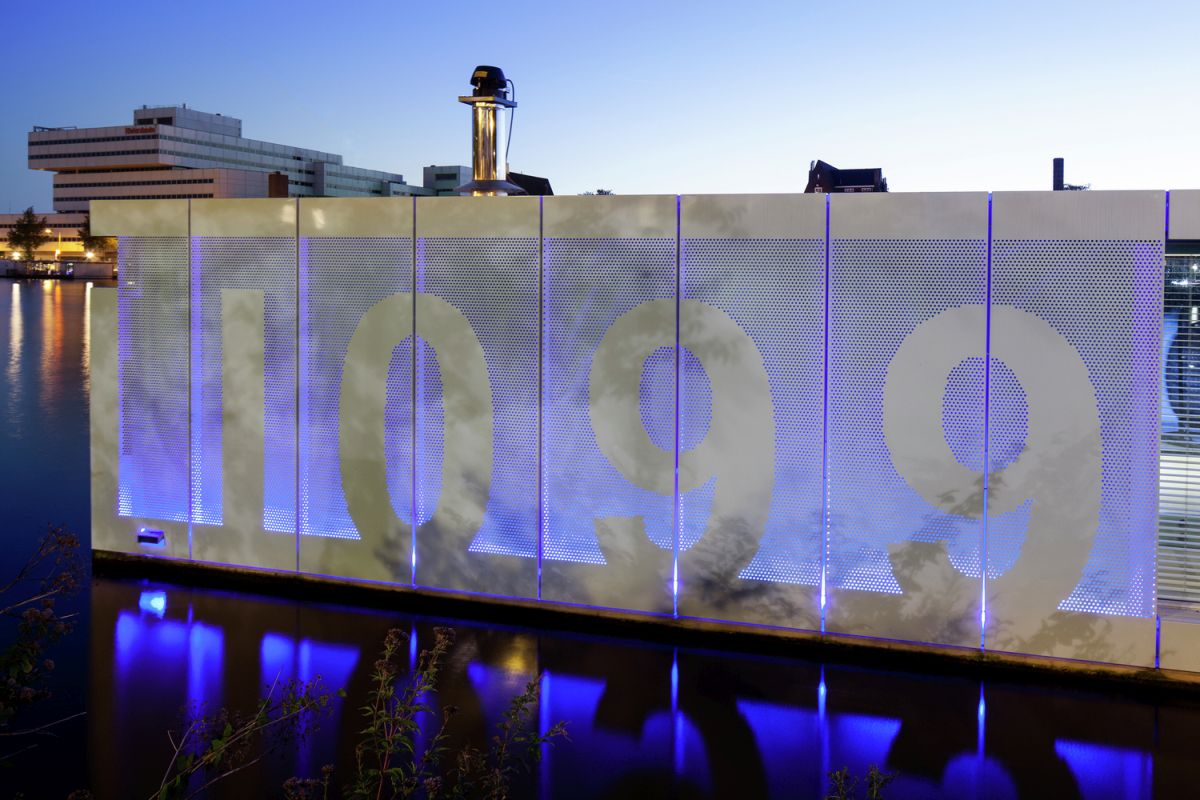 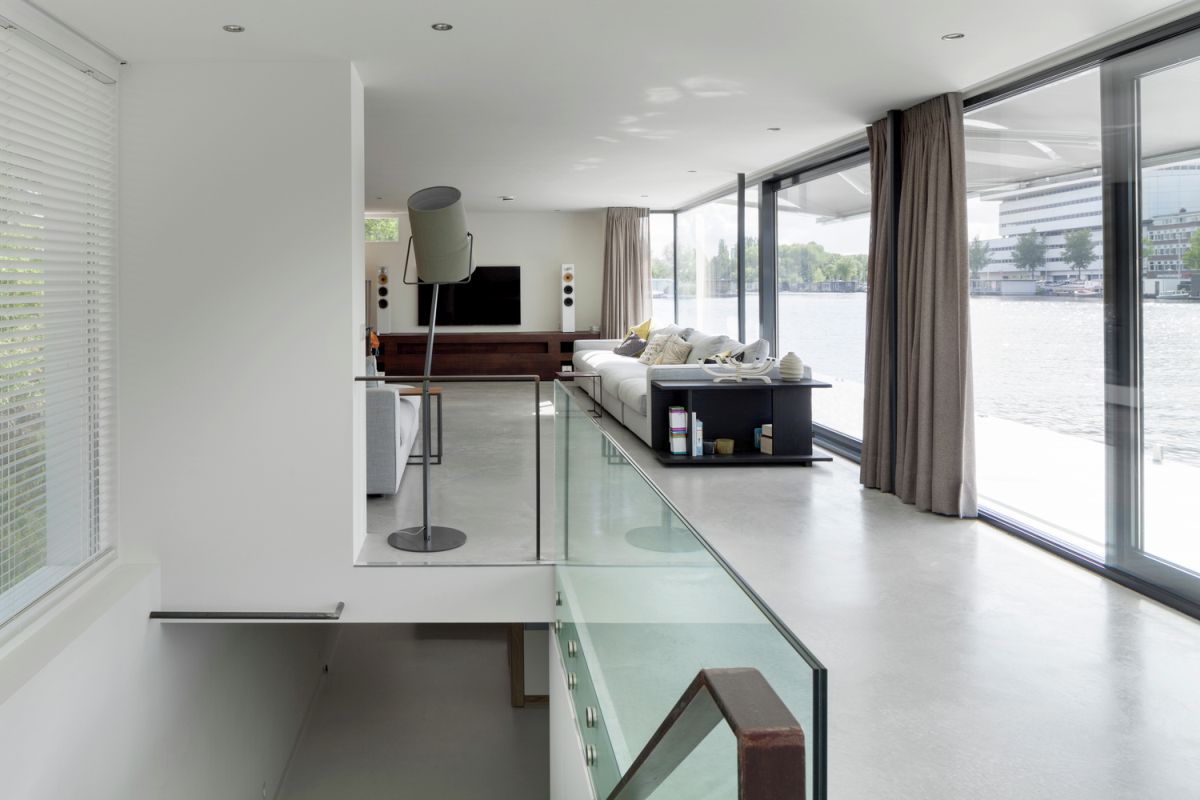 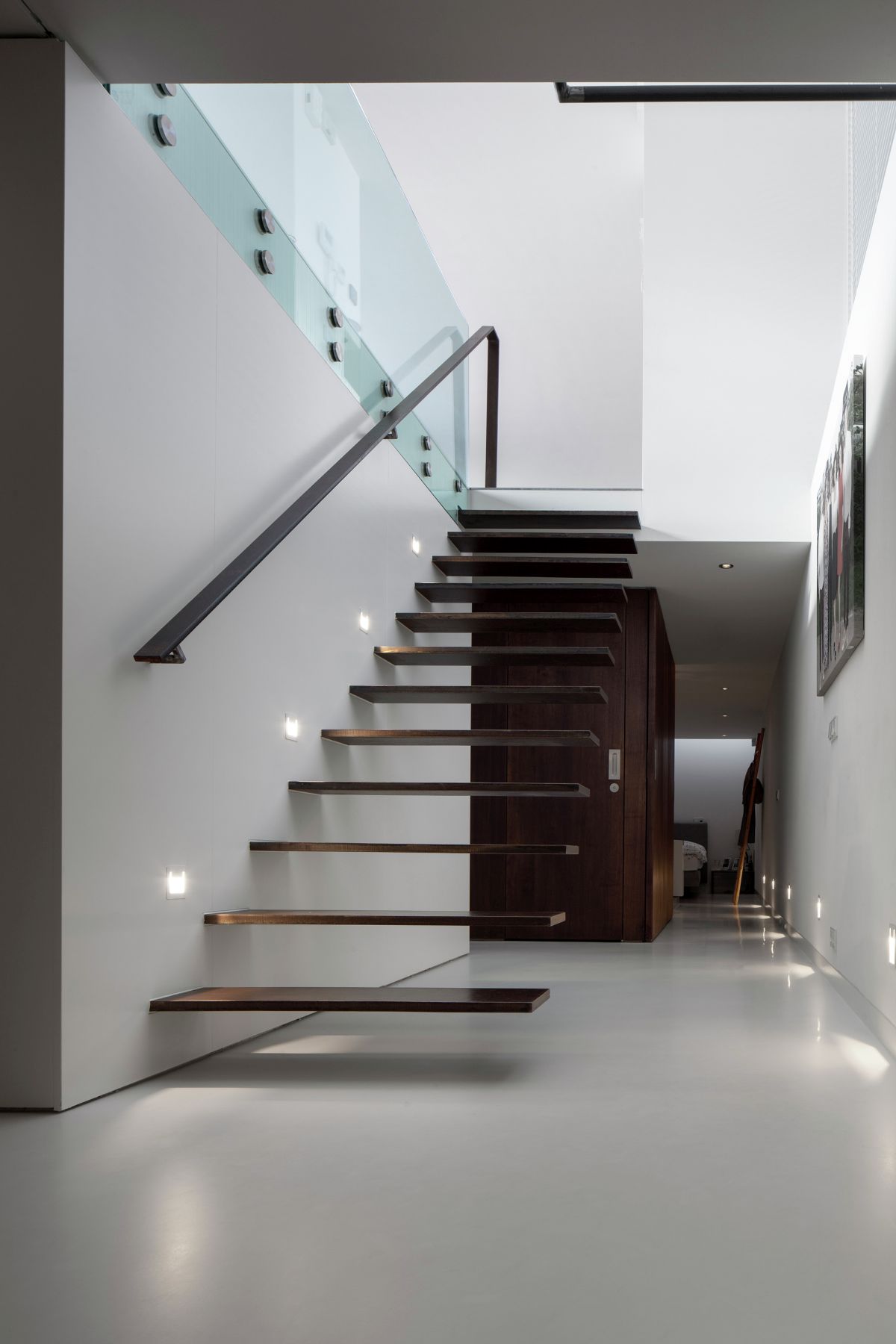 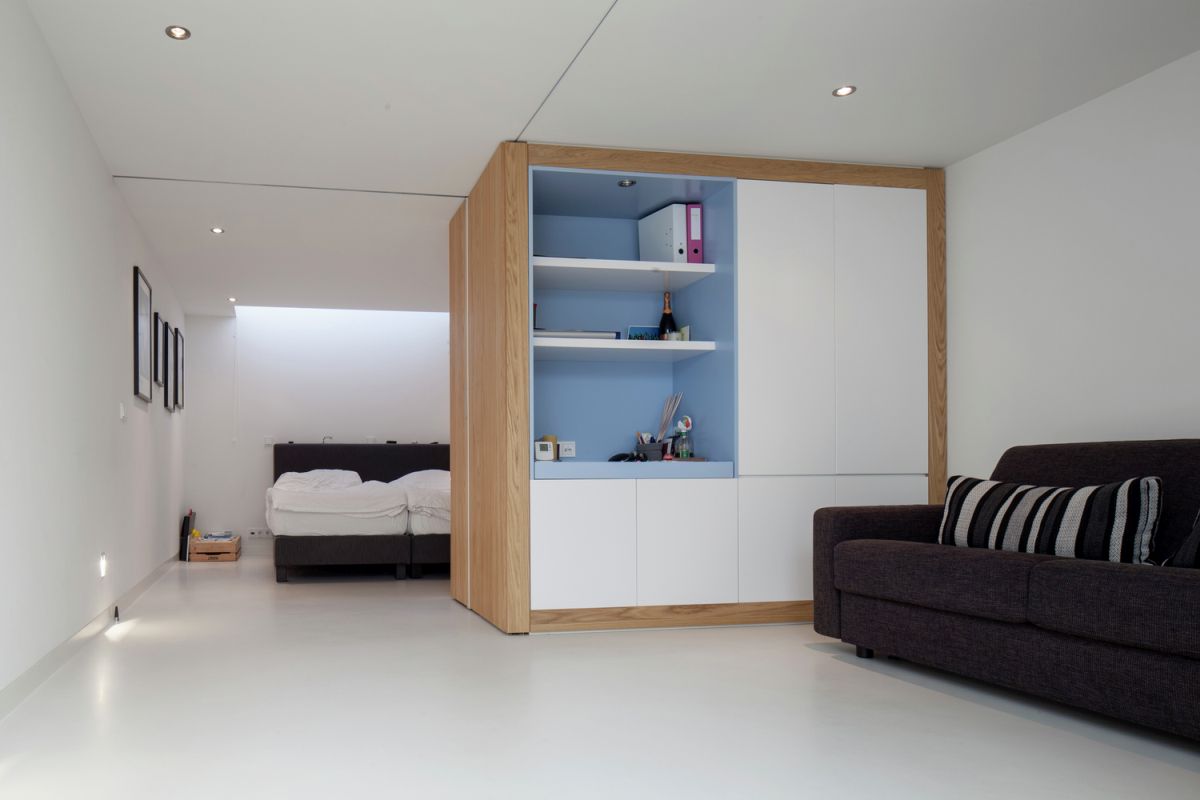 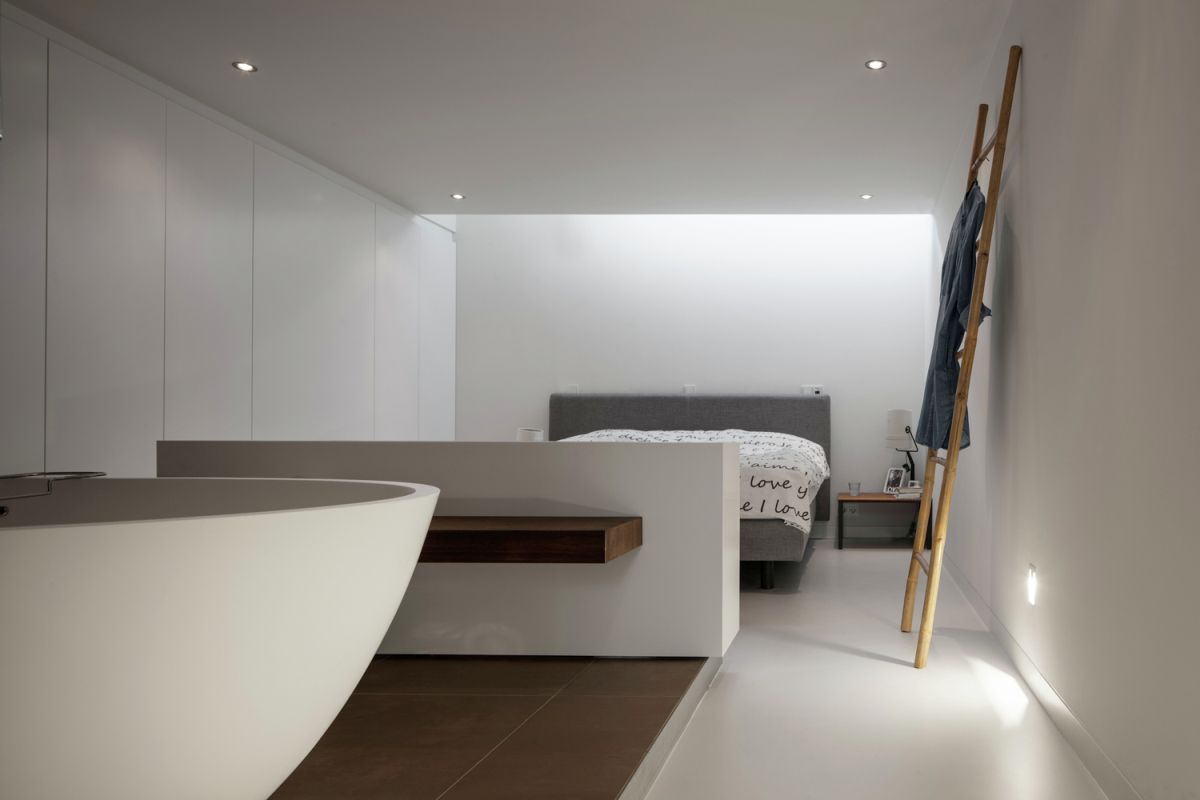 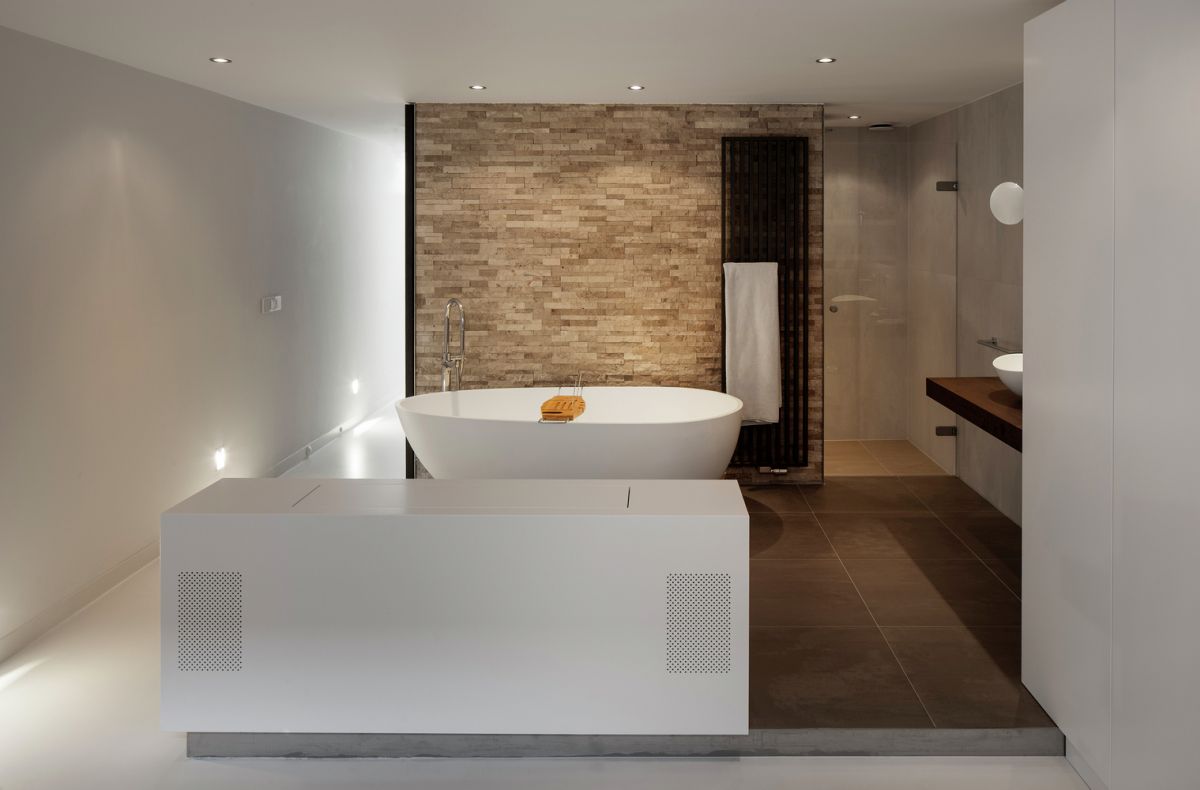 The Netherlands is home to a curious new trend of living on the water. This concept became an option here as a way to deal with the flooded lands and the fact that a large portion of the country is beneath the sea level. More and more people are choosing to live in modular, floating homes, being encouraged by the government’s approach and urban planners.

The residence designed by +31ARCHITECTS can be found in Amsterdam and was built in 2015. It offers 200 square meters of living space and it floats on the water. The multidisciplinary agency responsible for the project combines experience in the architecture, interior design and urban design fields and uses a team of expert consultants in order to offer exquisite results.

They used the hollow concrete box principle when building the residence. This is one of the two basic principles used when building floating structures, the other one being the pontoon principle which basically refers to a solid platform lighter than the water which holds the whole structure and is more suitable for shallow waters.

The design is modern and with an emphasis on the relationship between the interior living spaces and the water. The attention to details, materials and the indoor-outdoor relationship expressed by the team of professionals working on the project was materialized into a design that’s simple, efficient and unique.

The house has a glass facade on the water side, this element allowing it to offer unobstructed views from the living area and the kitchen. A floating terrace built along the entire length of the house further maximizes the connection between the interior and exterior spaces.

The barrier between the living area and the terrace is almost nonexistent. The floor seamlessly extends, featuring the same color and height throughout and making the transition smooth and natural. This also allows the living space to feel larger and more open.

The opposite facade features a subtle pattern of holes which are lit by a large LED strip placed behind the facade. At night, they reveal the house’s number in the voids created by the apparently random pattern. During the day, the holes are simply black.

A floating staircase leads to the lower level which is the basement of the house. This is where the bedrooms and the bathrooms are located, protected by solid walls and not featuring large windows. The large opening next to the staircase allows light to enter the basement level.

This floating home, like many others, represents an alternative to building dikes and water basins, allowing residents to occupy the land covered by water. The only restriction imposed for such cases is that the house has to float, which this one does gracefully.

Its design is balanced, modern and well-adapted to its location. Features such as the three large sun screens integrated into the edge of the roof on the waterfront side maximize the comfort of those living inside. They can be operated by the push of a single button which allows them to slide automatically. This is one of the design elements that make this project special.