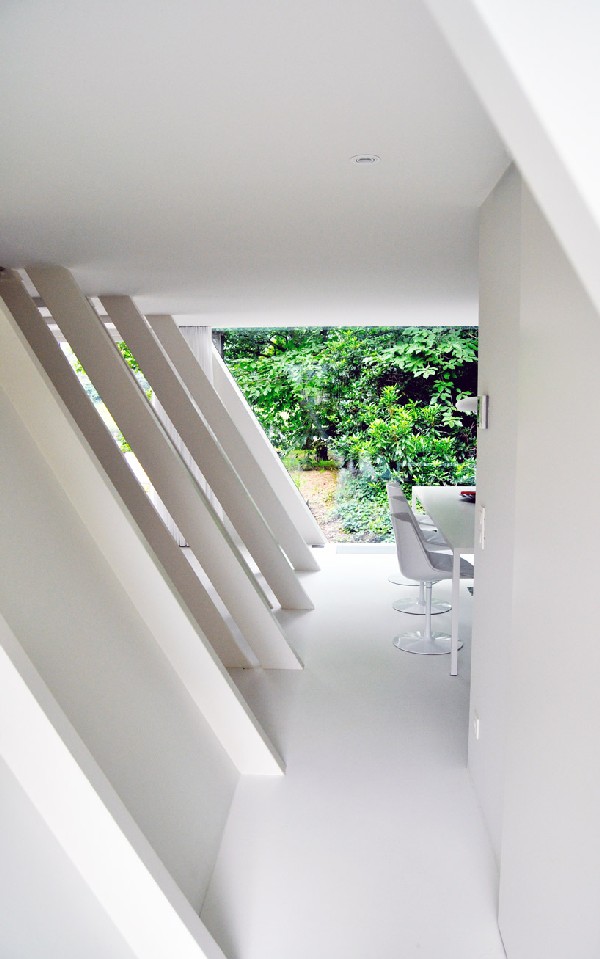 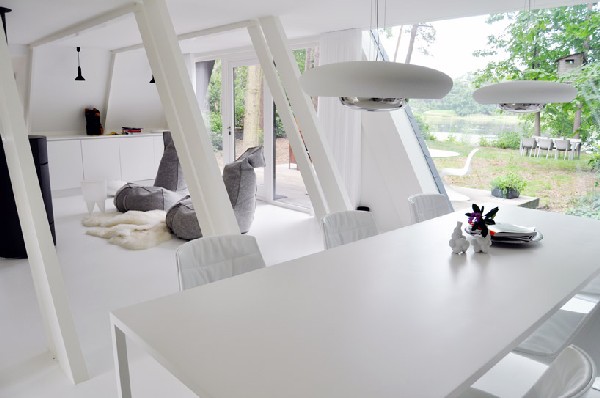 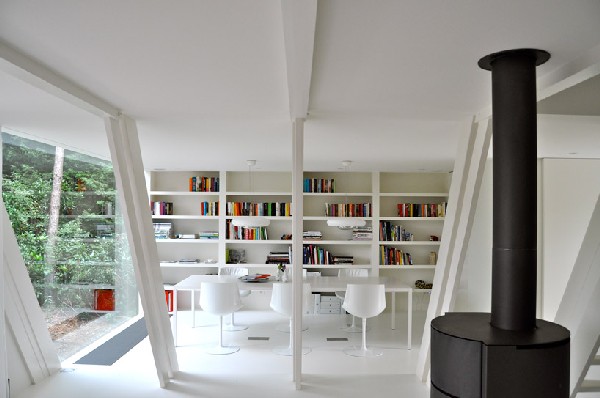 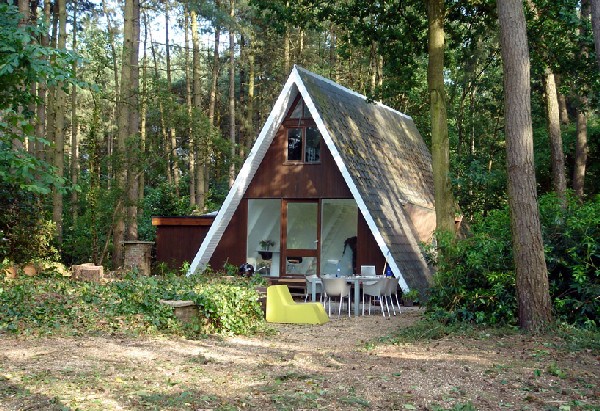 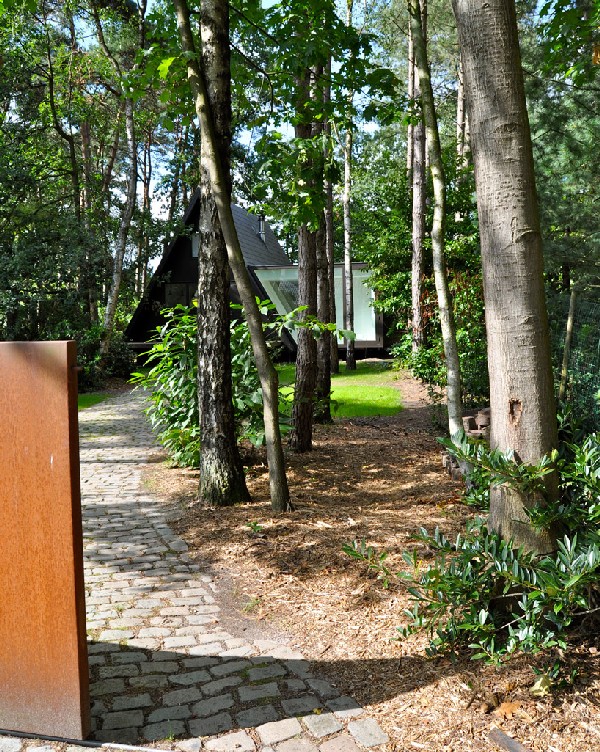 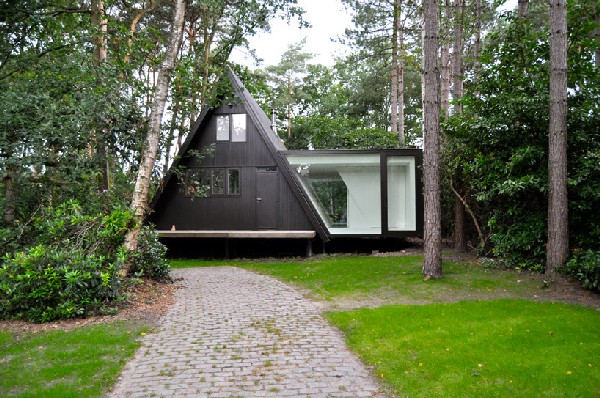 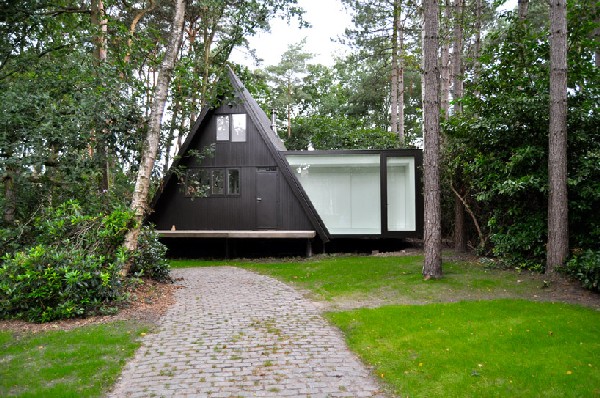 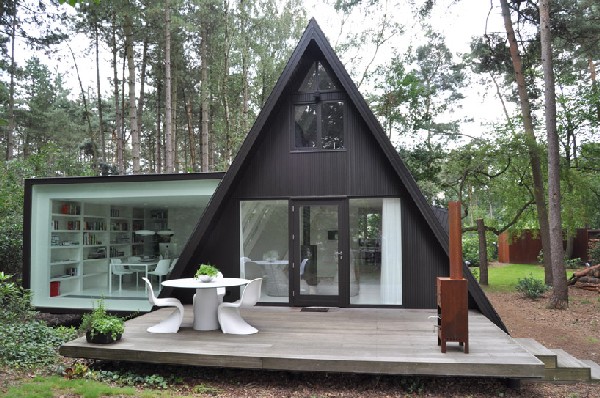 When a house becomes too small for the current inhabitants, one of the options is to move into a bigger home. Also, they could extend the existing house and thus make it big enough for their current needs. That means an extension could be built, like in the case of this A-frame building located in Germany, near Brecht.

The already existing residence got a small addition built according to strict building regulations. It was designed and built by architecture company dmvA. The Belgium-located company managed to turn a simple holiday cottage into a modern 26 square meter home. The new residence is now called vB4.

The new extension of the house was built using trapezoidal wooden structures and it has a design similar to a traditional rooftop. It actually looks like a decoupage from a full-scale house. The extension respects the residence’s structural lines and it integrates well in the surroundings. Now the residence is a modern structure.

The extension was built with modern materials and the old structure was turned into a mixture of old and new. The extension has its own entrance and it includes a library and a series of living areas. The interior design is simple and contemporary. The walls are white and so is the ceiling and the floor. Some of the furniture is also white and there’s not much color in there.