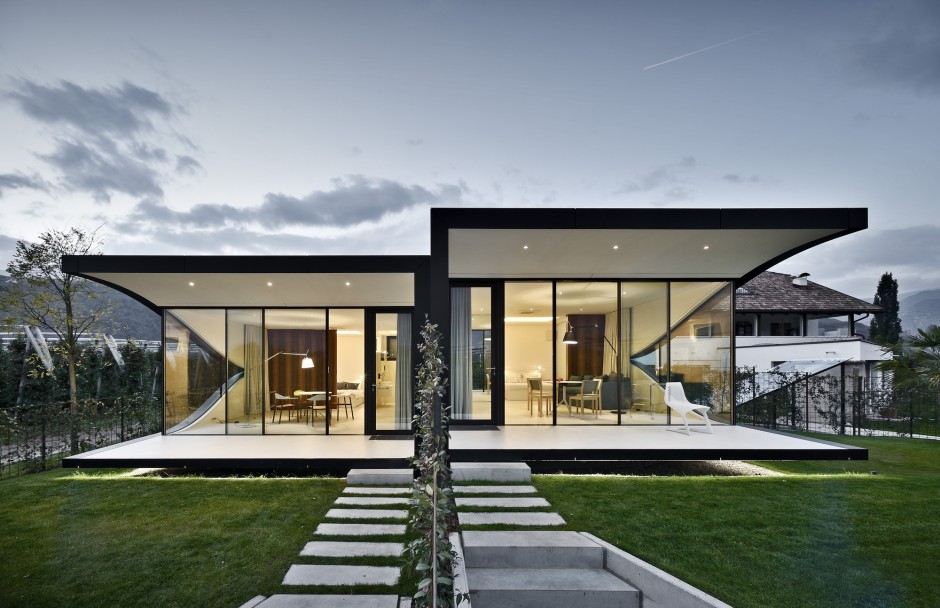 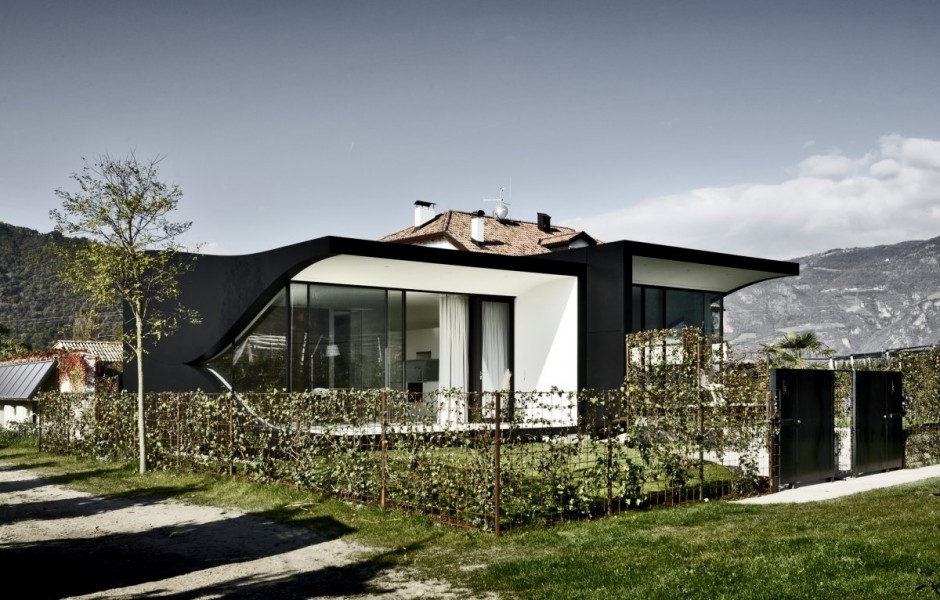 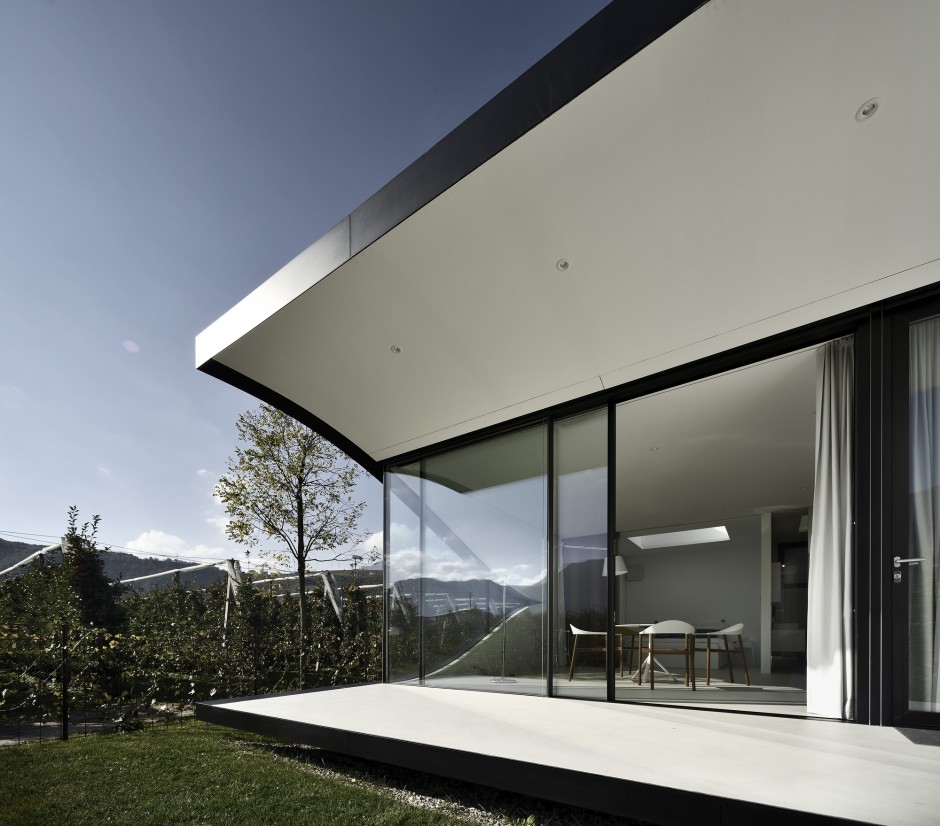 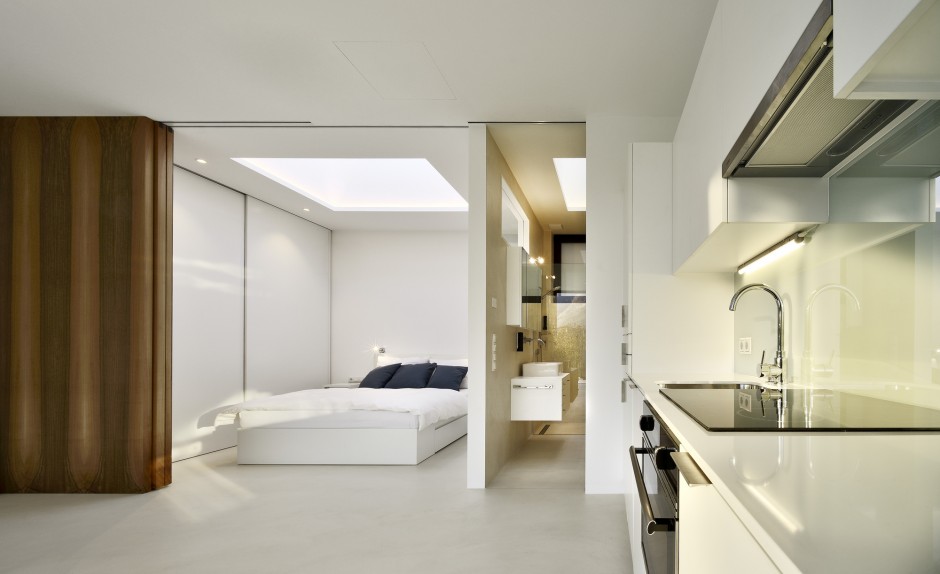 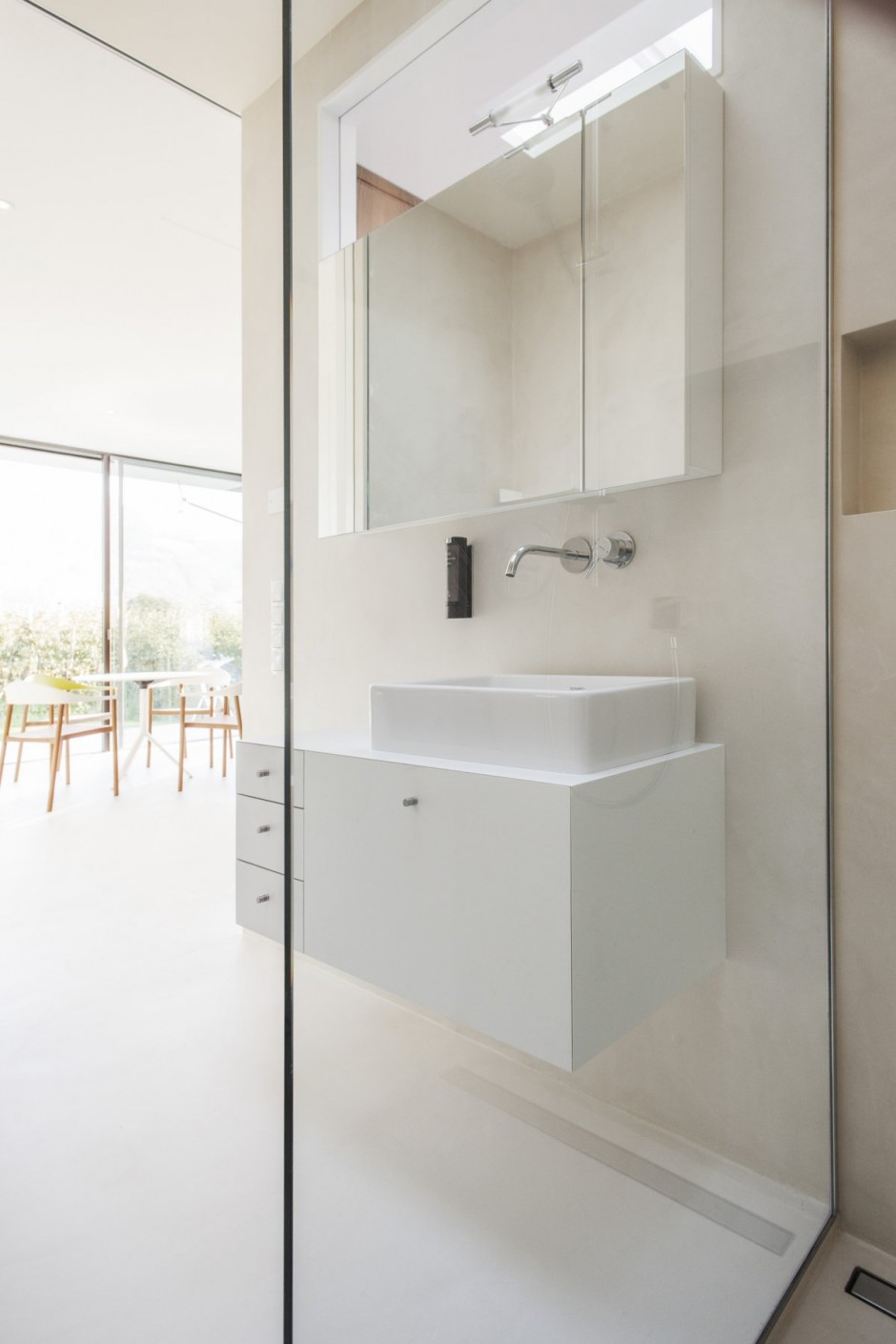 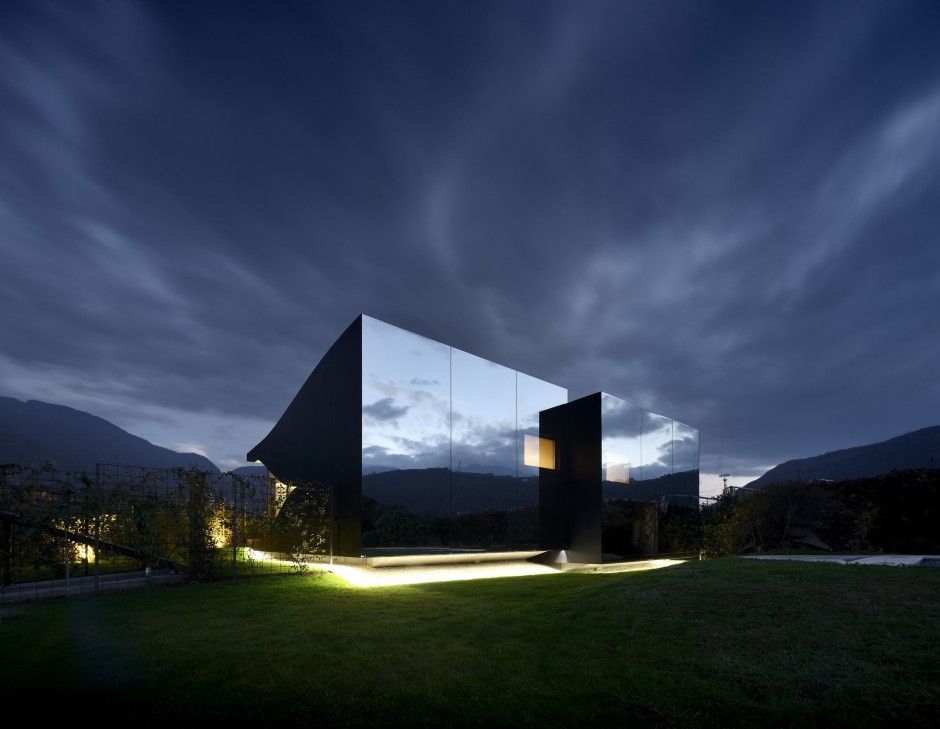 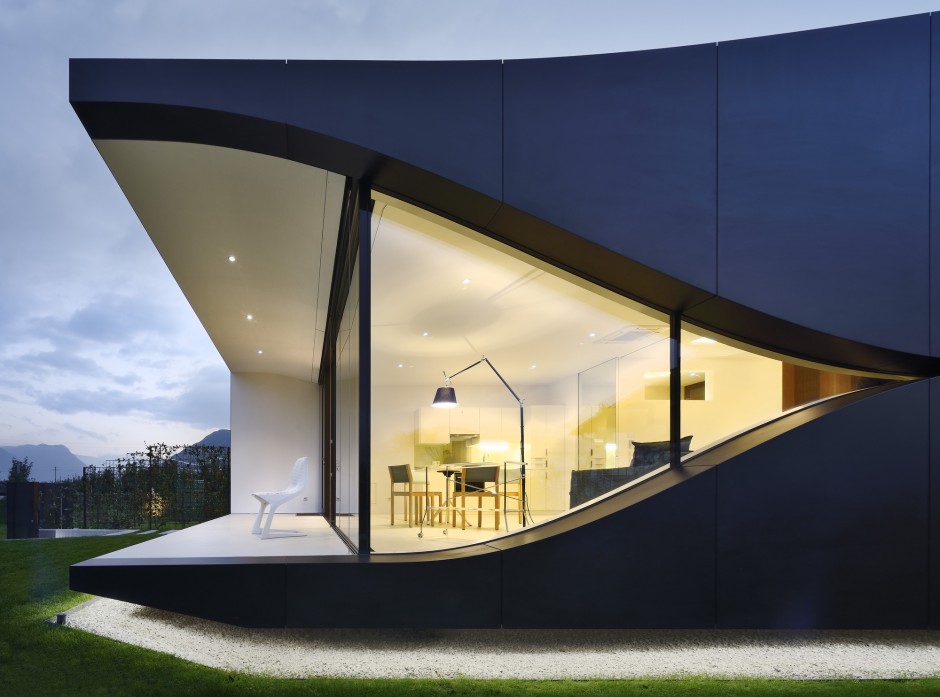 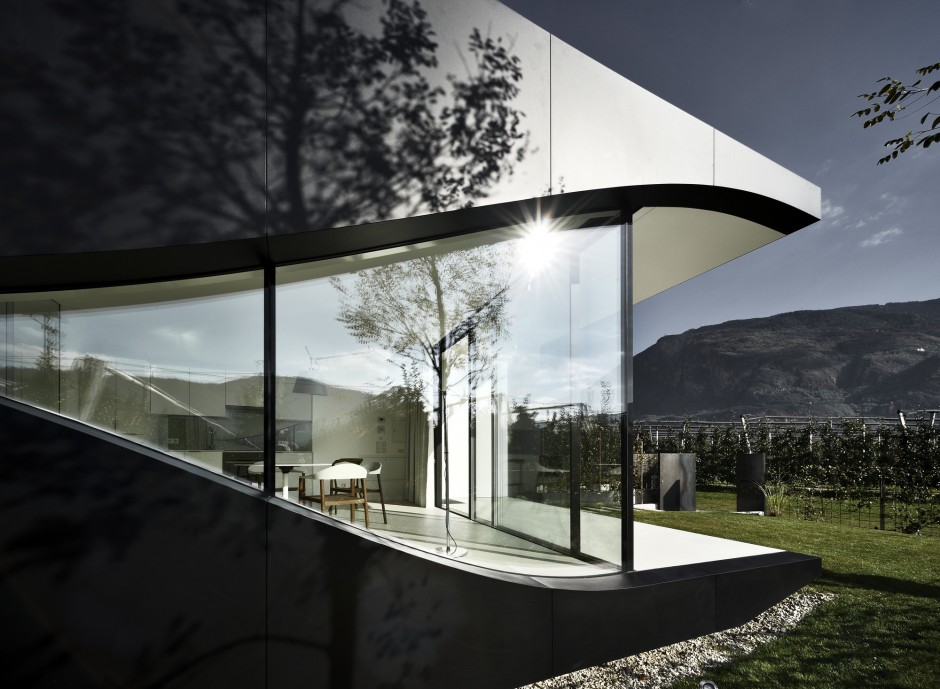 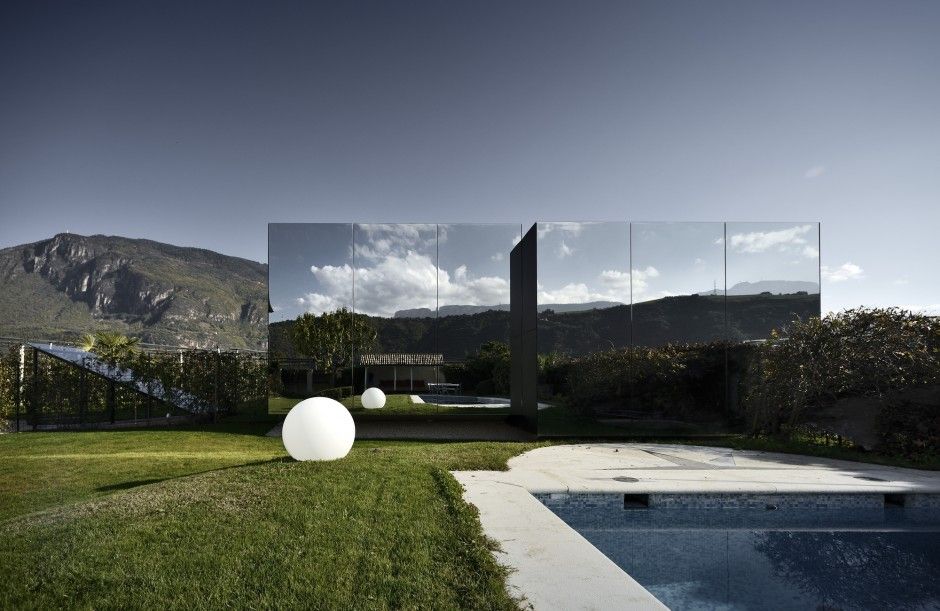 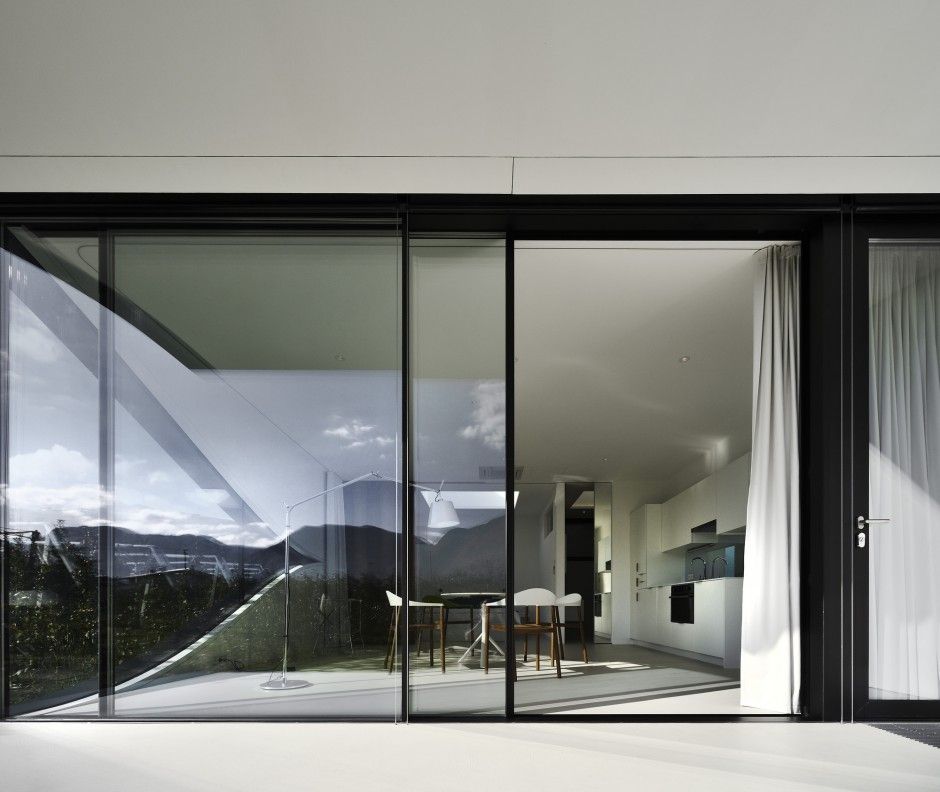 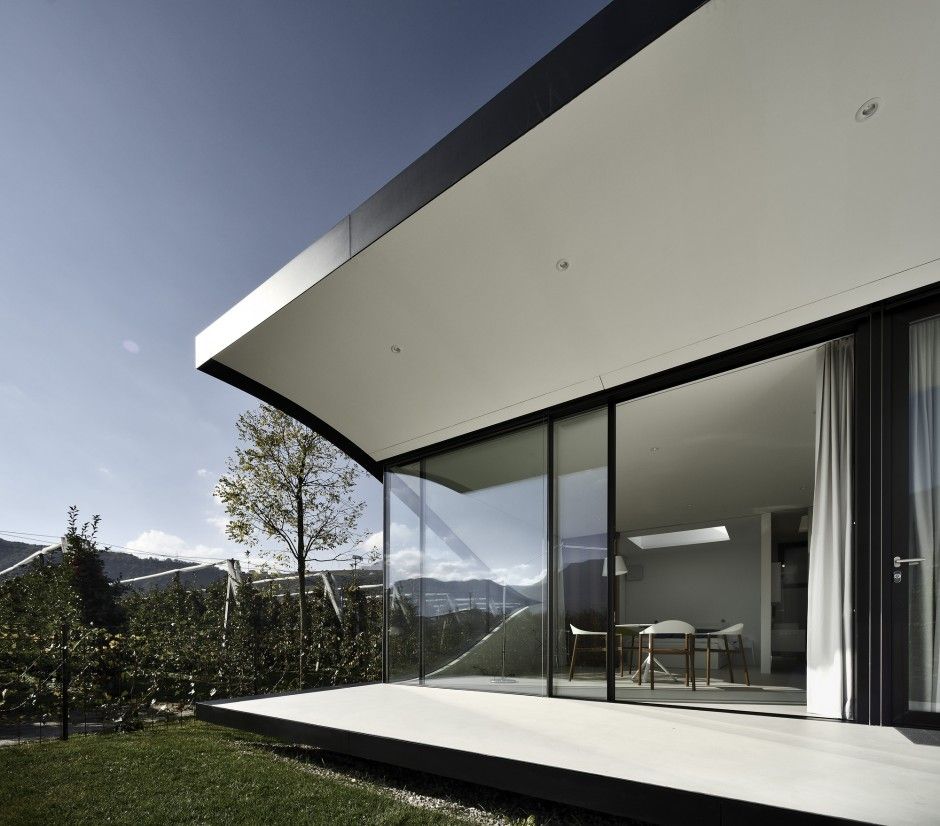 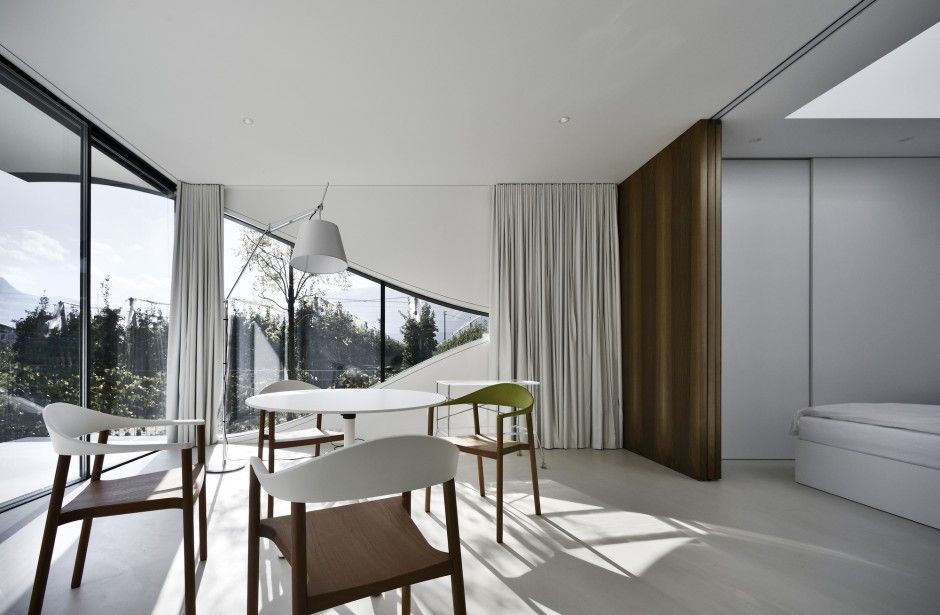 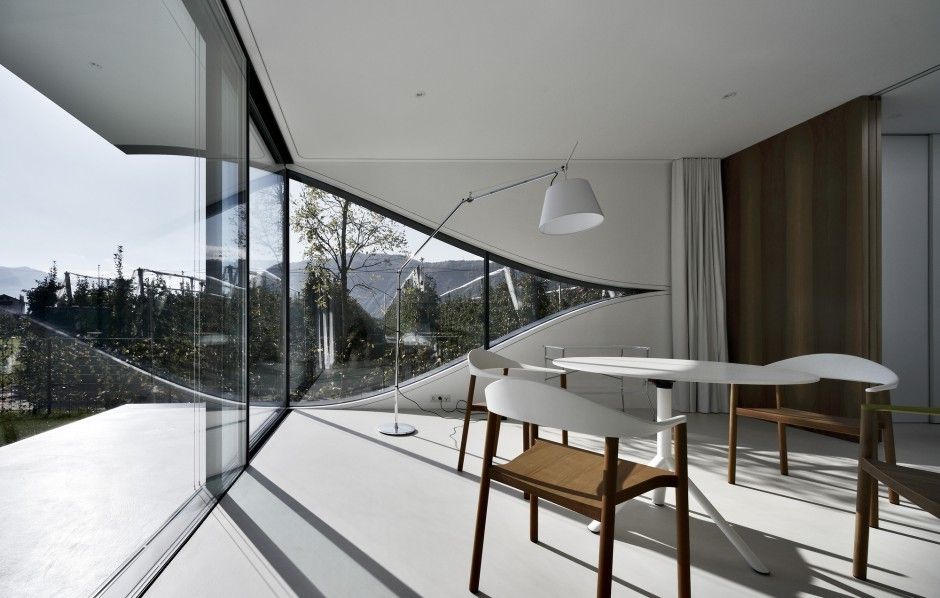 The Mirror Houses is a project composed of two holiday homes. They’re situated in South Tyrol, Italy, in an area where they’re completely surrounded by apple trees. The houses were designed by architect Peter Pichler and their modern architecture adorns the marvelous landscape and the nature surrounding them.

The reason why there are two houses instead of just one is because the client wanted a structure that he could rent out as luxury units while he could continue living in a restructured farmhouse on the same site.

The newly built structure is oriented towards east and has its own private garden as well as a separate entrance and a parking area for guests. Each unit contains a kitchen, a living room, a bedroom and a bathroom.

The bedrooms have large operable skylights that let in natural light and facilitate ventilation. The architect used an open floor plan approach when structuring the interior. The lack of dividing walls allows the rooms to communicate with each other and the whole space feels bigger this way.

Both units sit on a raised platform. The floating base is meant to make the buildings appear lightweight and they also improve the views.

A big glass facade towards east opens the interior spaces to the outside world. The smooth, curvaceous lines soften the design and the architecture and contrast with the black aluminum shell.

The west facade features mirrored glass and views of the garden and the panoramic surroundings. From certain angles, the client’s farmhouse is mirrored into this new structure.

Both houses open onto patios towards the east. Hey each have their own pathways and they sit side by side, separated by a continuous wall, in the middle of these beautiful orchards.

The mountains in the distance can be admired from the dining spaces and from the living areas. The two units mirror each other in terms of layout and design. They’re both sustainable structures, taking full advantage of the daylight and featuring natural ventilation.