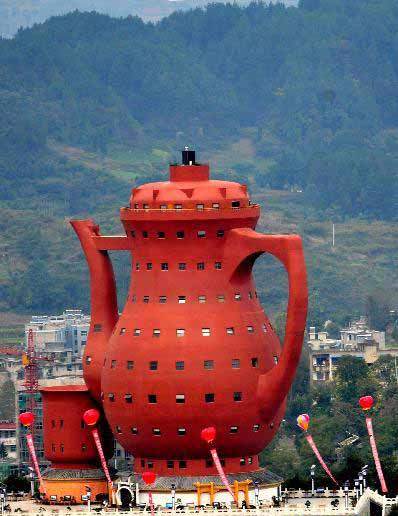 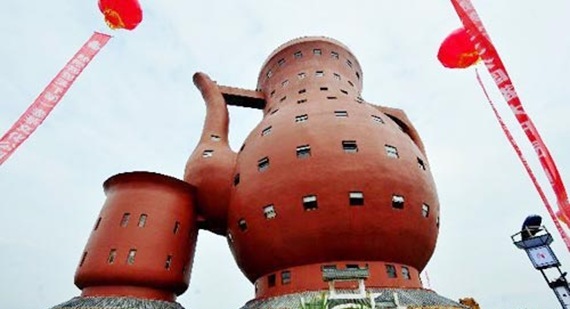 I have recently found a very unusual building while surfing on the Internet. Apparently there are enough creative architects in this world who are daring enough to new and innovative designs for the buildings they create. For example some buildings no longer look like buildings, but they resemble different other things that you can find in the kitchen for example. That is the particular case of the Meitan Tea Museum in China.

China is known as the country that has been growing tea as a traditional occupation and the green tea produced here is famous all over the world. So we can say this region in China can be called the country of green tea and Seitan the hometown of green tea. No wonder they thought of opening a big museum dedicated to tea. And in order to make things perfect, the Chinese thought it would be a great idea to make it look like a giant teapot. 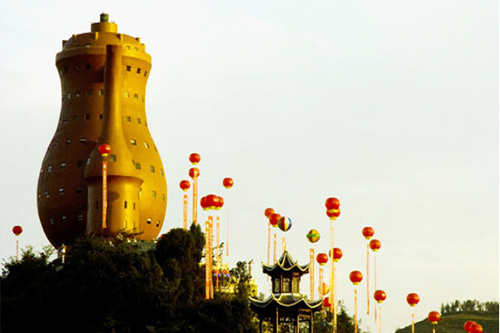 Right in front of it you can also see a giant teacup that completes the whole picture. If you see the building from the distance you do not even realize it’s an actual building but think you have an optical illusion or maybe someone has thought of a trick to make things look larger. But that happens because you can’t see the windows from the distance, that become visible only when you come closer.

The building is 73.8 meters high and reaches a maximum diameter of 24 meters.