Featuring an eclectic design, this charming country house combines elements from the modern, industrial, rustic and classical styles, all melted in a beautiful mix and balanced throughout. The building is a villa in Mallorca and it was designed by Mastre Paco. The main concern when designing it was achieving a strong connection with the outdoors and creating a relationship between the two environments.

That was done by using materials such as stone and wood. The stone facade gives the villa a bohemian look, especially with the beautiful greenery surrounding it and complementing it with color. 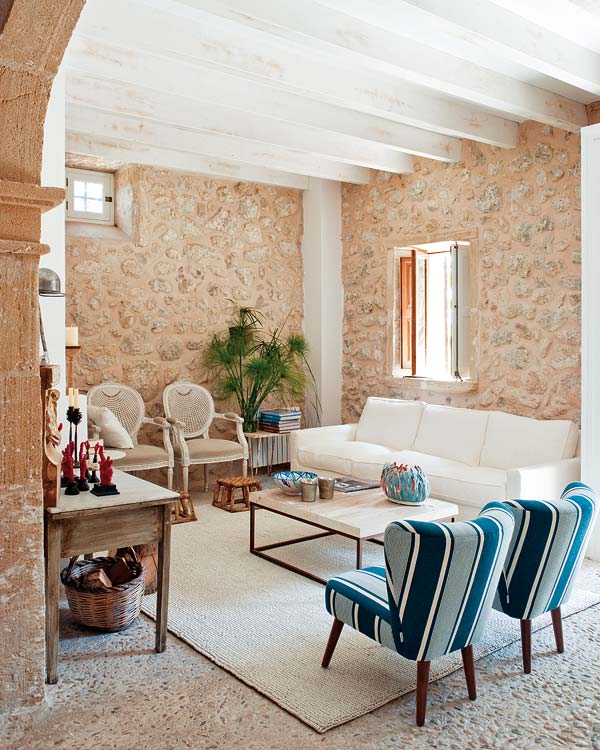 The wooden shutters are also a very charming feature. The interior is a little different, here you find white beams and natural stone walls which, combined, create an unexpected décor. The flooring in the living area has a rough texture and it’s an element which maintains the organic and natural look and doesn’t let the interior become too modern.

There’s a raised dining area separated by the living area by a shelving system. The kitchen is the area where the mix of styles is the most obvious. Modern appliances were integrated into the stone walls but the balance is still preserved. The outdoor areas are not particularly eye catching. The simple furniture allows the architecture and landscape to become the focus.