Today we’re going to take a peak at this lovely apartment owner by Mauricio Arruda. It’s located in São Paulo, Brasil and it’s a classic beauty. The apartment was first purchased in 1957 and its original layout was a little different than it is now. Back then it was divided into social, service and living areas. Some changes had to be made but nothing too dramatic. There’s still a harmonious connection between old and new.The materials and finishes inside are typical to the 1950s but the décor also has a modern twist.

The apartment had to suffer a major renovation during which all the wall were knocked down except for the central pillar. During the renovation, the kitchen had been moved to another location and a bedroom was removed. Also, two bathrooms were made into one. This opened up the whole space and now the kitchen is connected to the living room.

The floors were painted black while the walls are white. This allows a nice contrast with the furniture. The living area is filled with natural light. The furniture is local and so are the fabrics used. The arm chairs and the tables are part of Mauricio Arruda’s private collection. In the dining room there’s a House of Cards dining table, designed by Arruda. You’ll notice that the entire interior décor is carefully planned, every little piece is in its place and all the elements work together to form a harmonious image.{pics by Fran Parente} 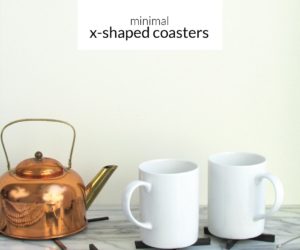 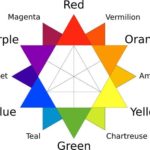 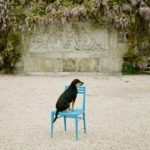 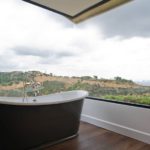