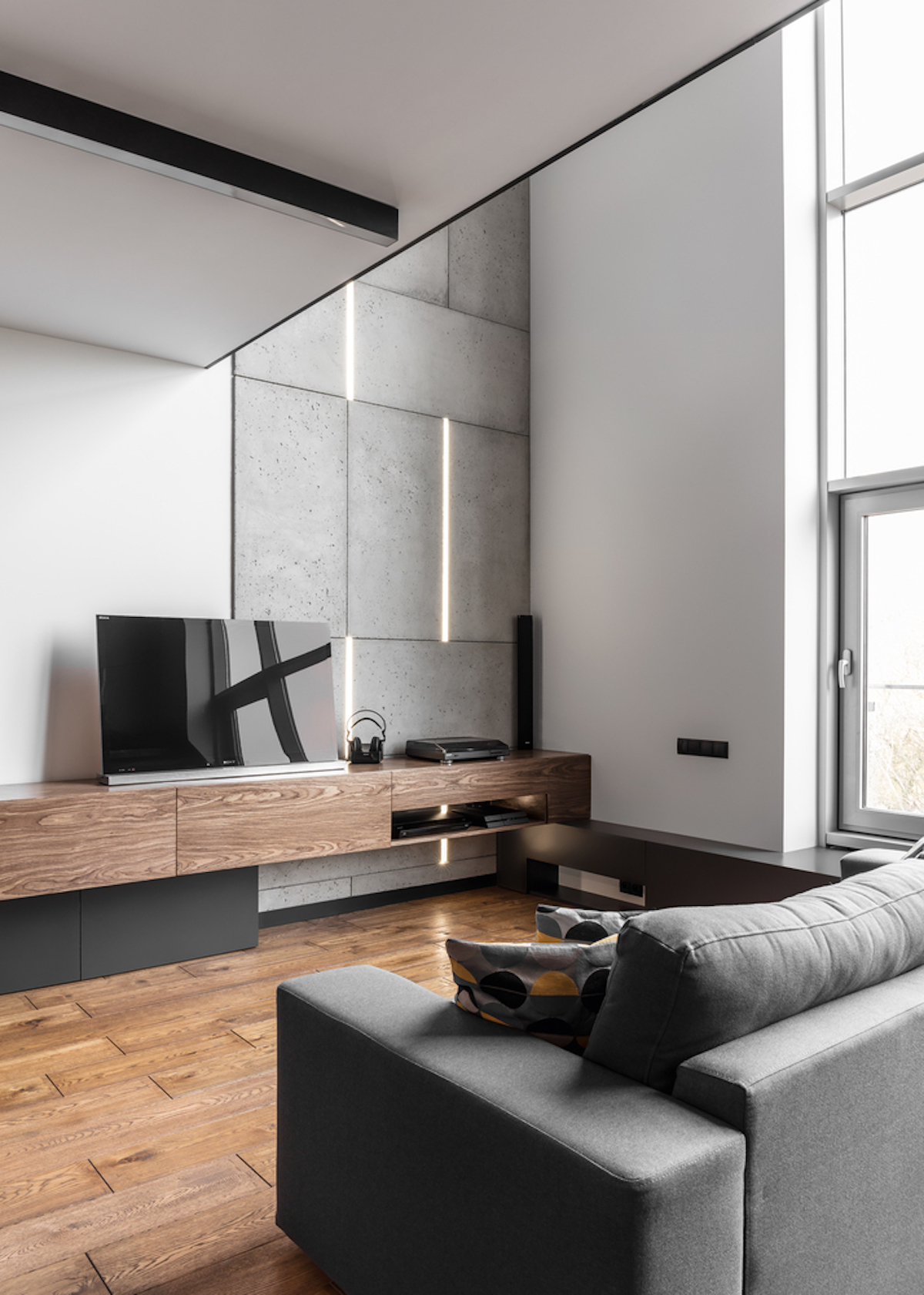 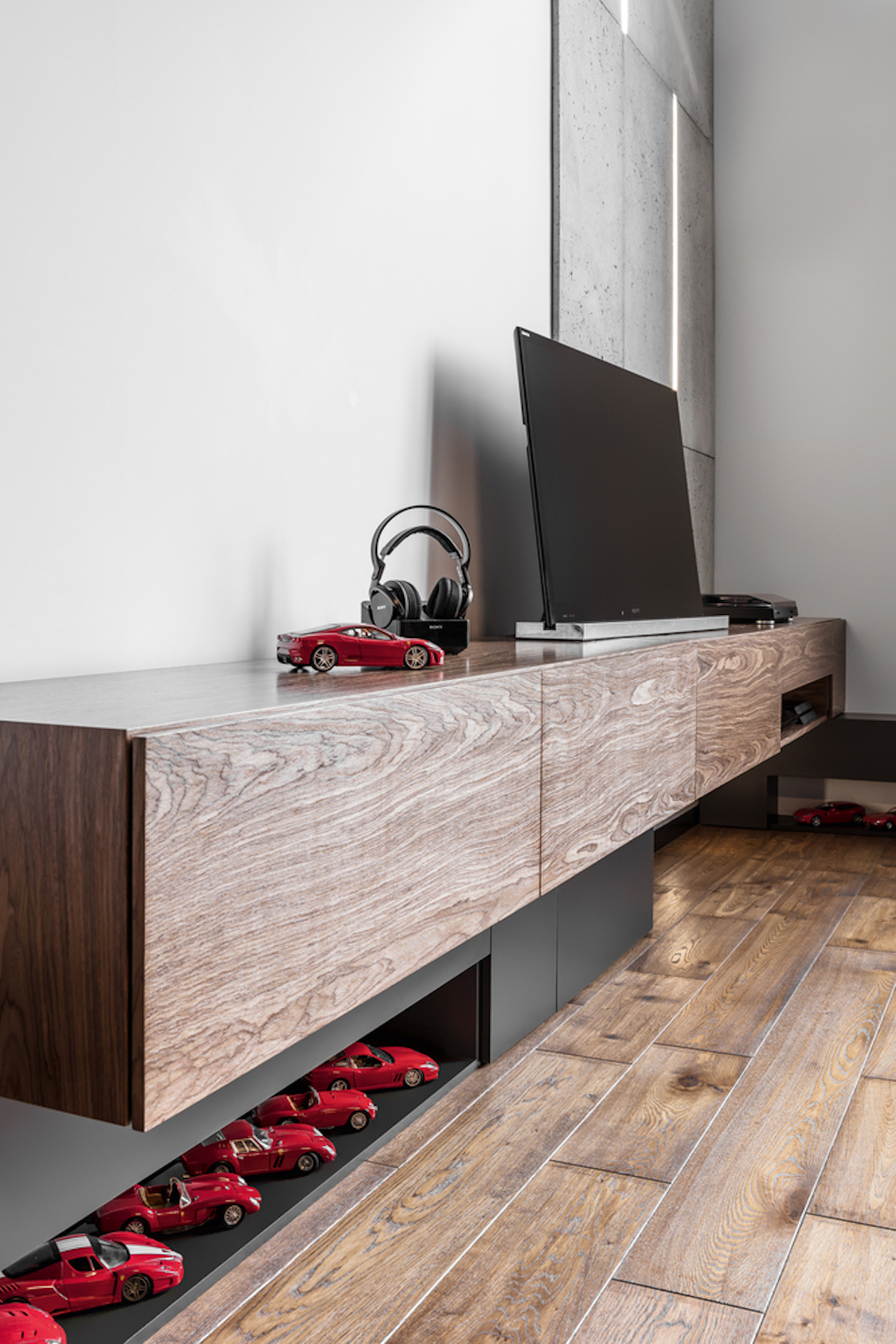 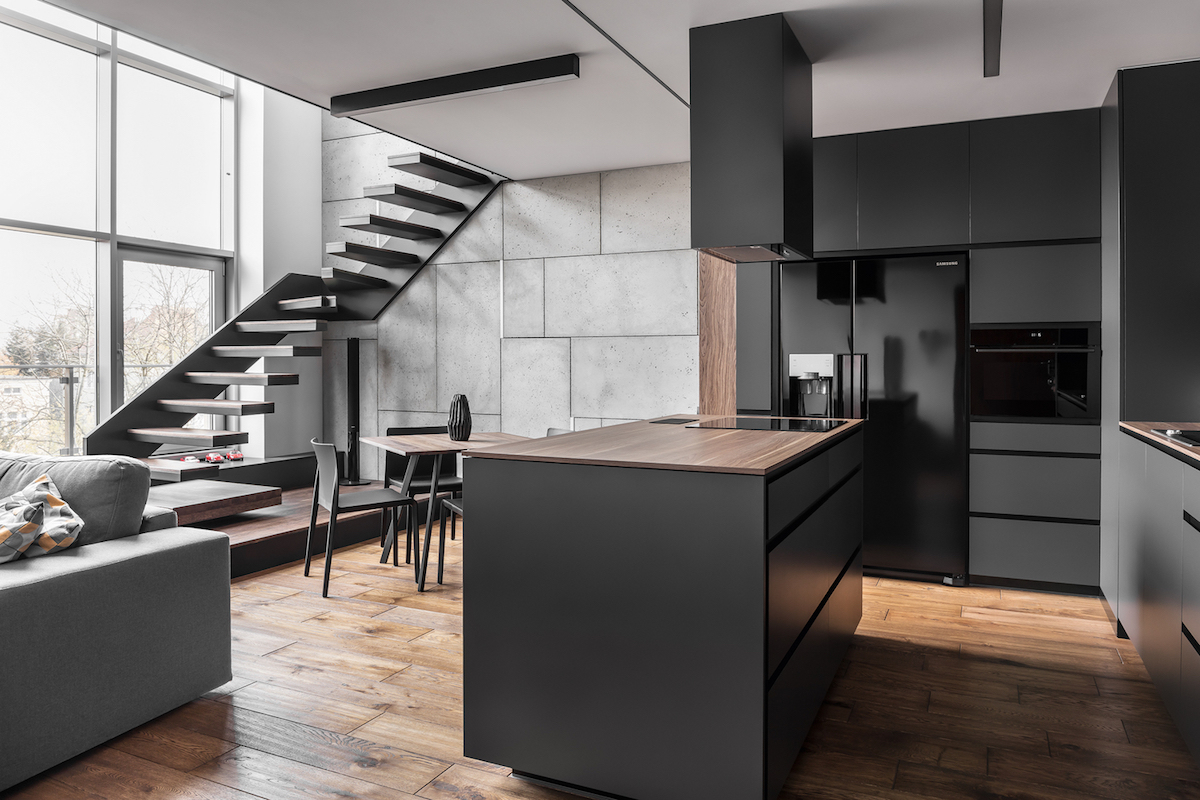 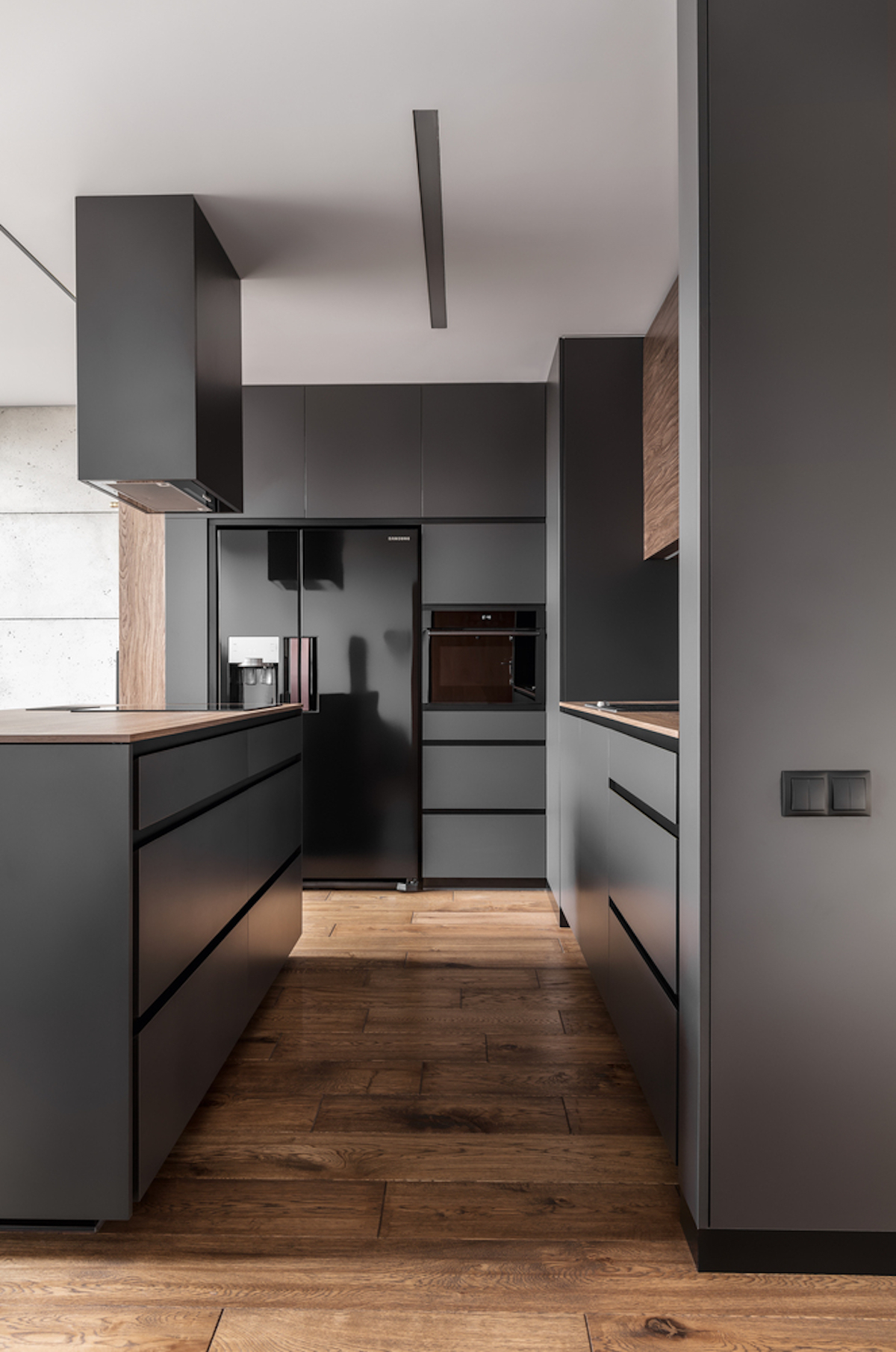 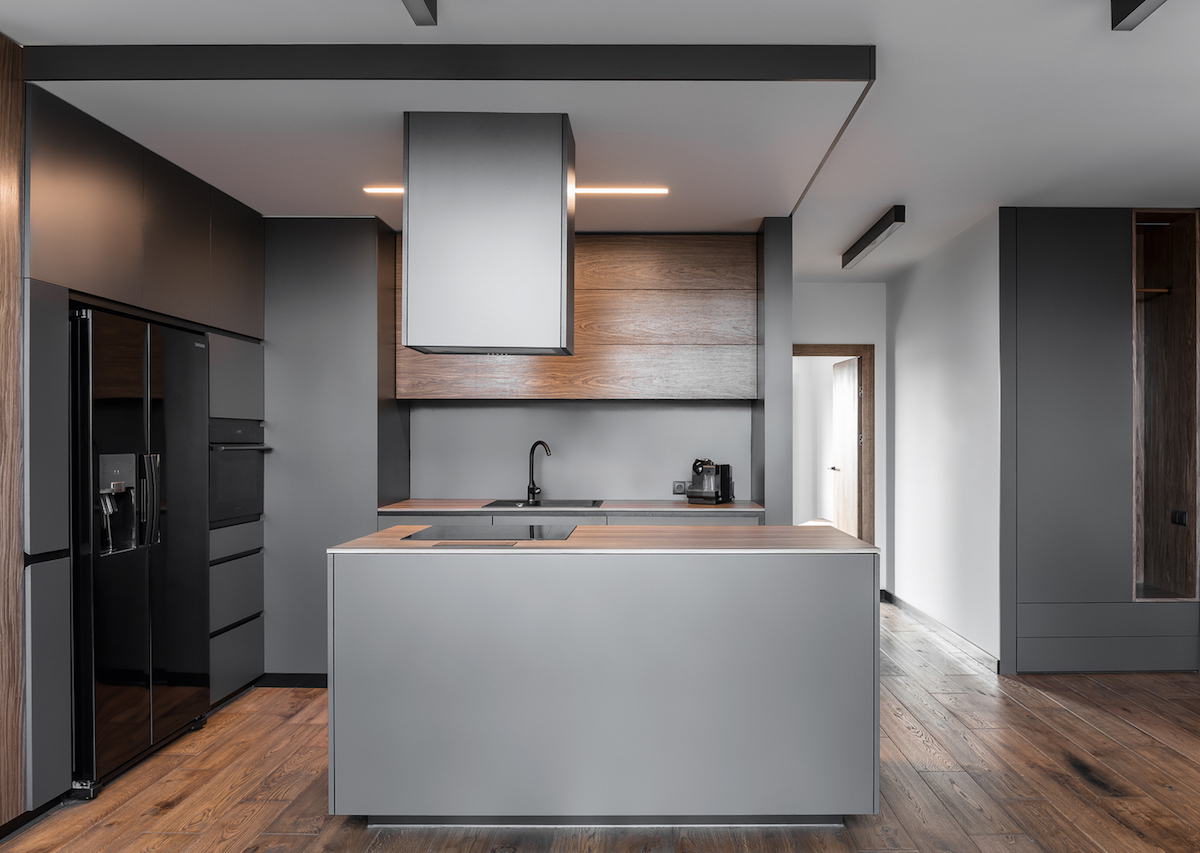 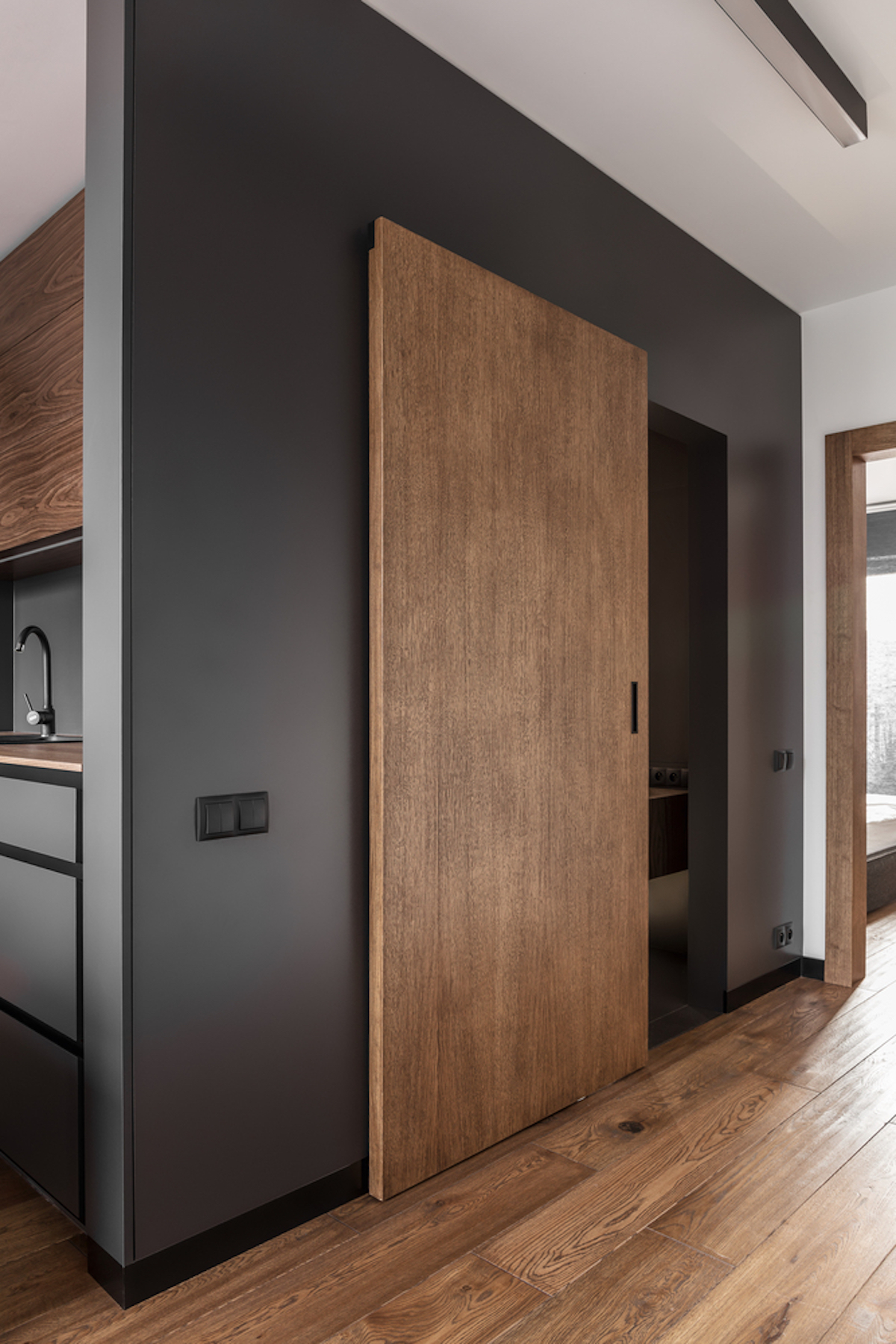 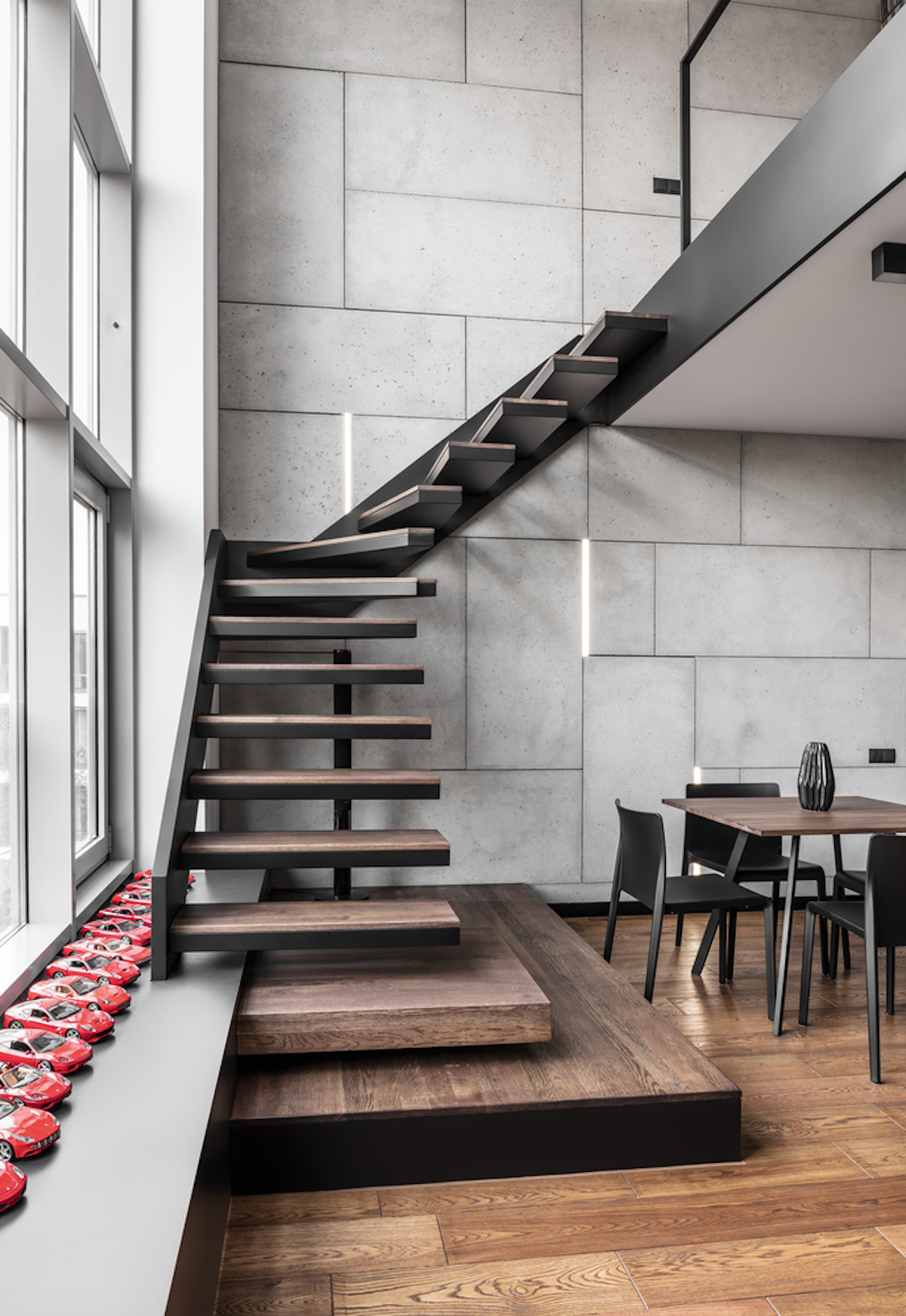 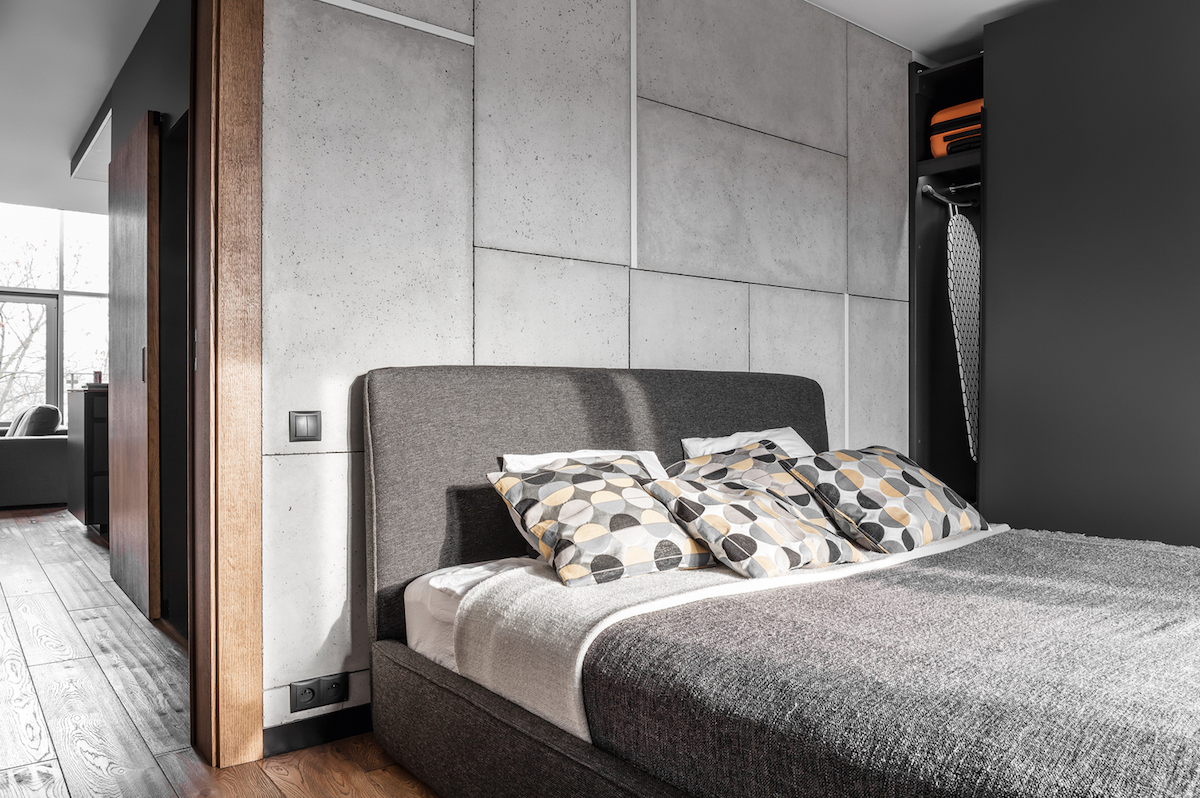 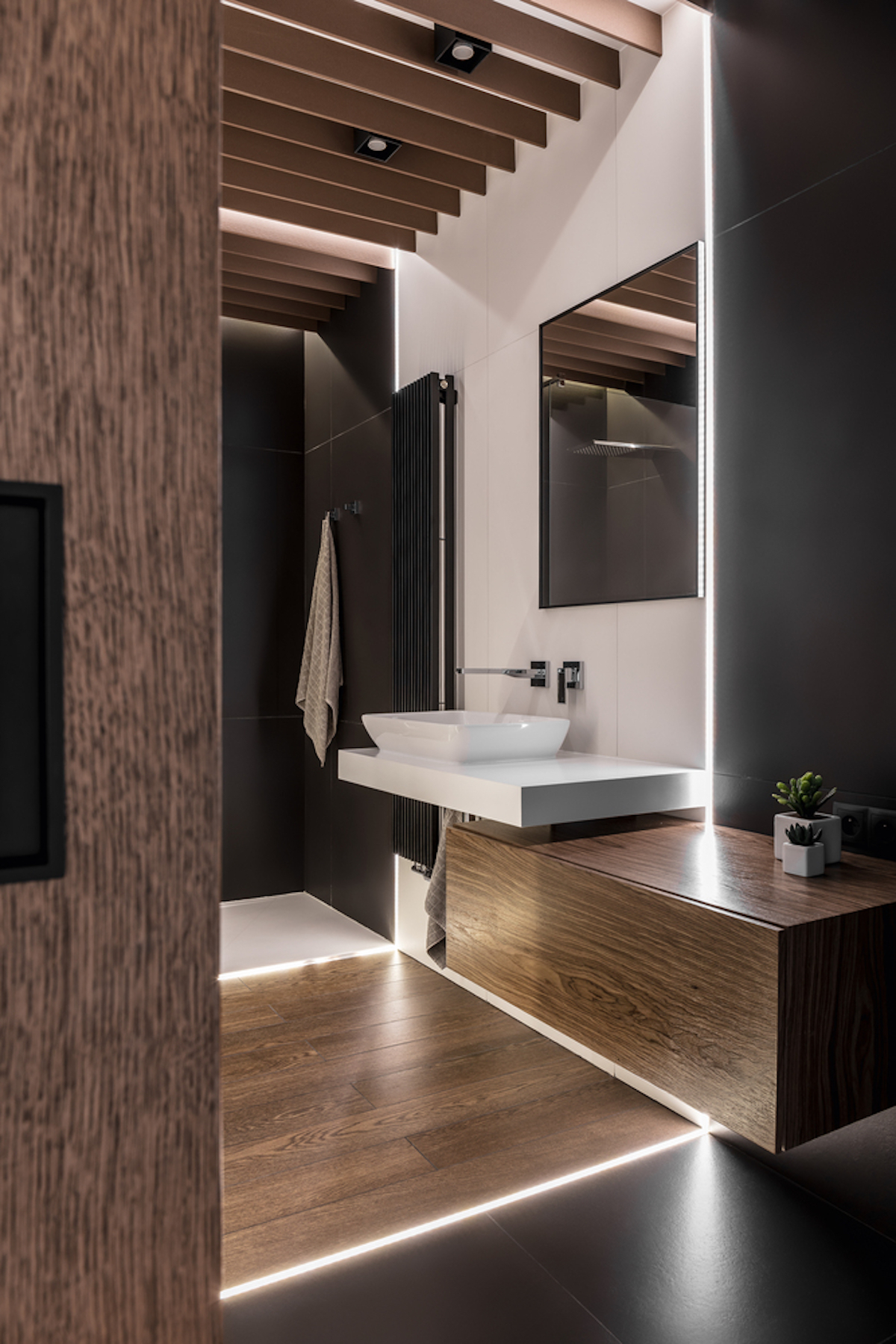 While there are, of course, exceptions, there’s a clear distinction between a feminine interior design and a masculine one. Masculine decors tend to be wonderfully uncomplicated and more focused on practicality and functionality. They’re also usually defined by a restraint palette of colors and materials and by simple forms and overall minimalism. That doesn’t make them boring or unappealing in any way and the best way to prove it is with an example. This apartment in Poznan, Poland is perfect for that.

The apartment is a loft with a total living area of 80 square metes. Its interior was redesigned in 2016 by ZONA Architekci. It was transformed into a stylish bachelor pad with a decor that’s simple and full of character. The walls at the entrance was taken down and this way the apartment become more open and the usable space was maximized.

The overall openness of the space is also ensured by the presence of large windows. The apartment has views of the large old trees in the neighborhood. They played an important role when choosing the palette of colors and materials. The designers went with a combination of earthy colors and natural materials.

The staircase which was originally curved was modified by the designers and given a more linear structure. It’s now partially placed along the glass facade and the stairs are wider. This new form also allowed the living room to be better organized, creating more space for the dining table and chairs. At the same time, it opened up the room visually, putting an emphasis on the windows, the views and the light that enters the apartment.

The apartment was also personalized to show the clients’ interests. One of them is a collector of red Ferrari cars and you can see them showcased along the living room wall by the stairs while the other is a collector of music discs. These little details enrich the decor and make it feel like a home. At the same time, they add a touch of color to an otherwise mostly neutral space. Even though simple, the apartment’s interior design is very expressive and we love that about it. Its man cave decor is simply charming.