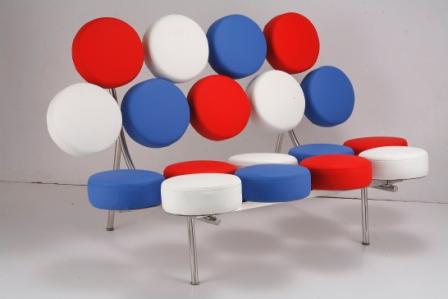 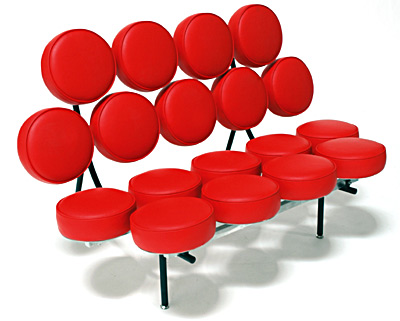 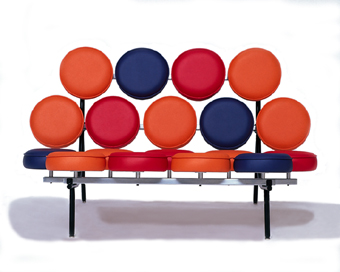 Marshmallow sofa is an American modernist classic piece of furniture that has been in production for more than forty years now. This proves that its design has been appreciated by people over the decades thanks to its great look. Actually the original name of the sofa was “Marshmallow love seat” and it was designed by Irving Harper. However, it was produced by Herman Miller in Zeeland, Michigan and after a while it became known all over the world and is still produced as part of “Herman Miller Classics” line.

The sofa is designed in a Modernist manner and it is made up basically of a metal frame with round cushions spread over it. The cushions can be covered with leather , fabric or even vinyl and can be coloured in a single colour or in many different ones combined in a nice way for a funny appearance. It all depends on style and taste. As you can imagine the name of the sofa comes from the round cushions that look like giant coloured marshmallows.

If you love what you see and want to purchase the genuine sofa, you can order it now online directly from the Herman Miller store for $4899. Any way, if you do that you will notice the name of the designer is different – George Nelson. This is a mistake that has recently been corrected as Irving Harper was the designer in Nelson’s company.