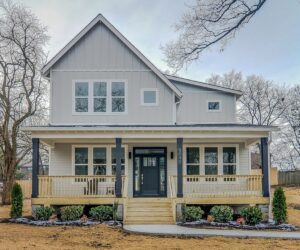 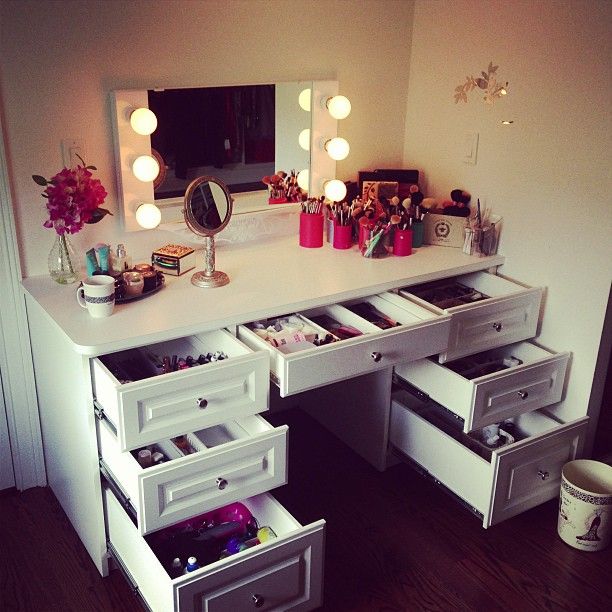 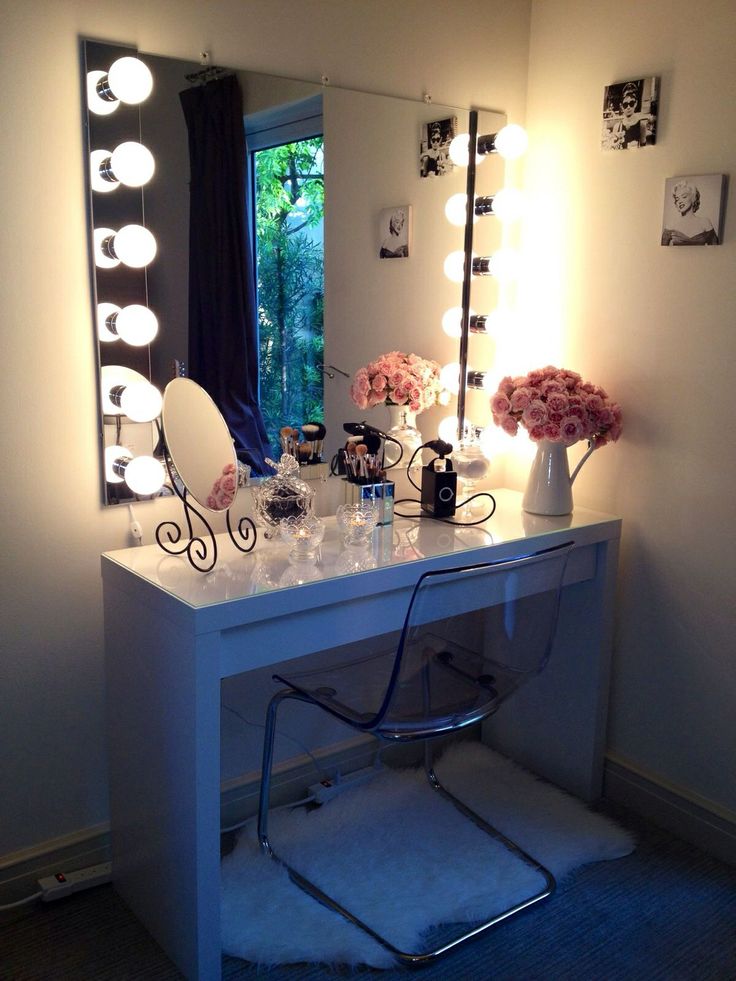 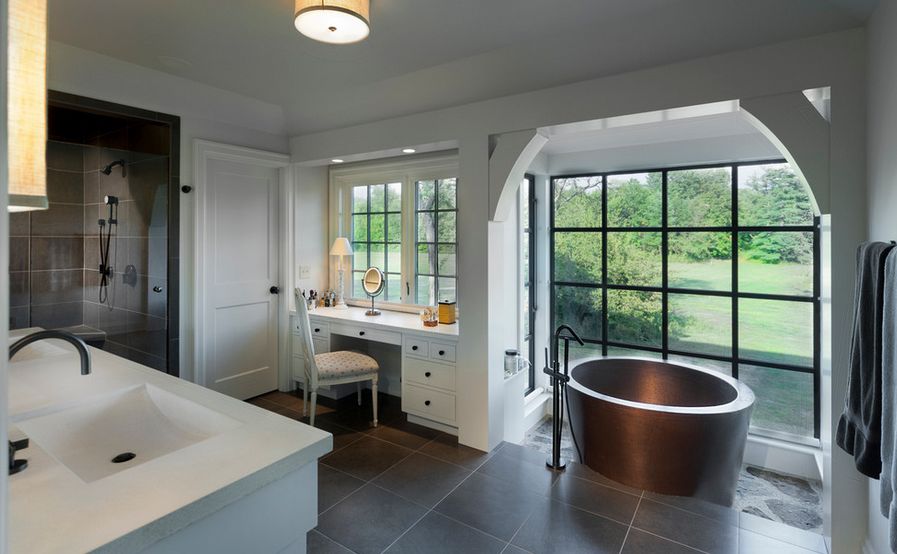 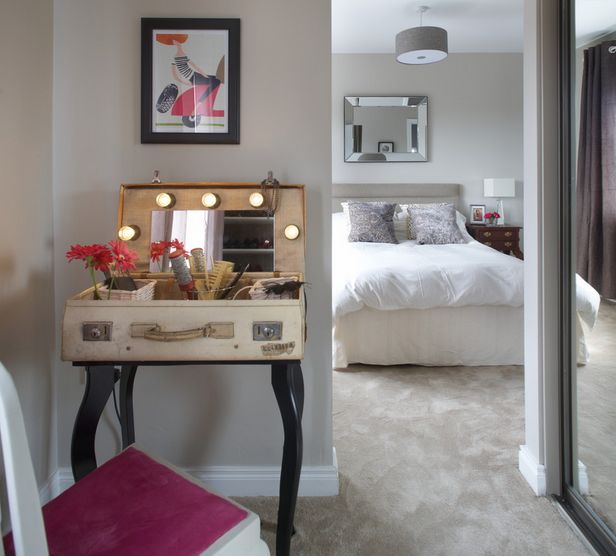 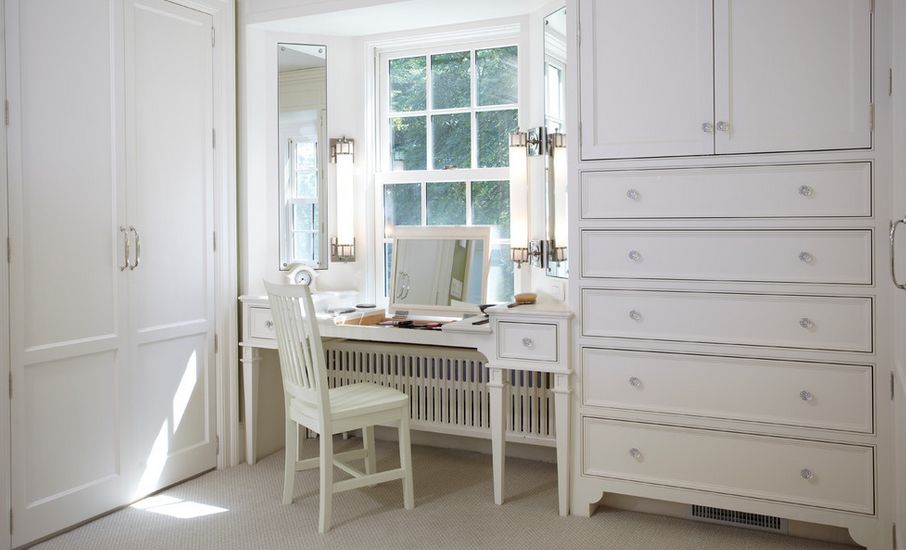 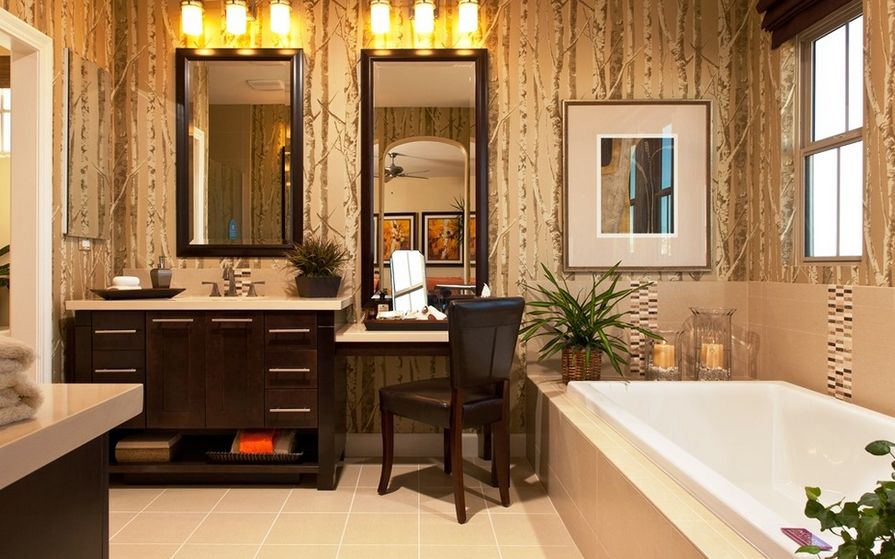 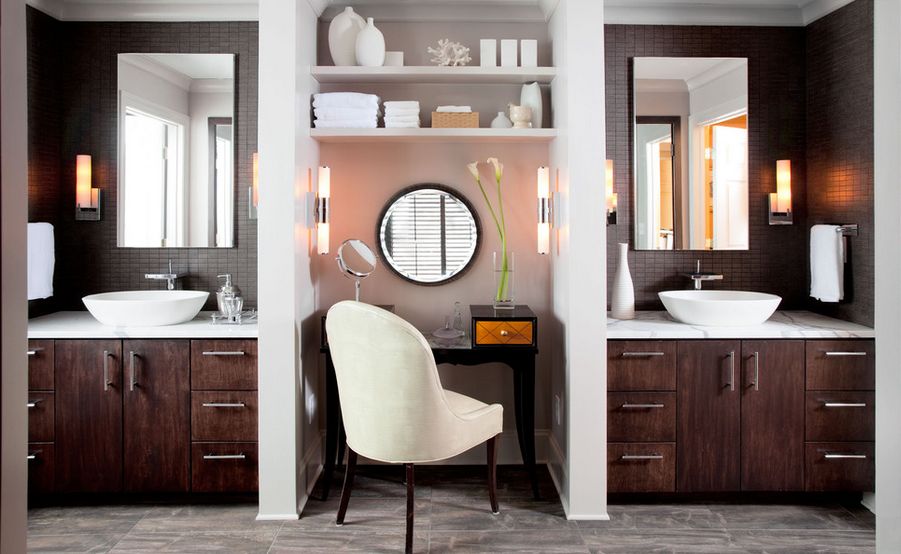 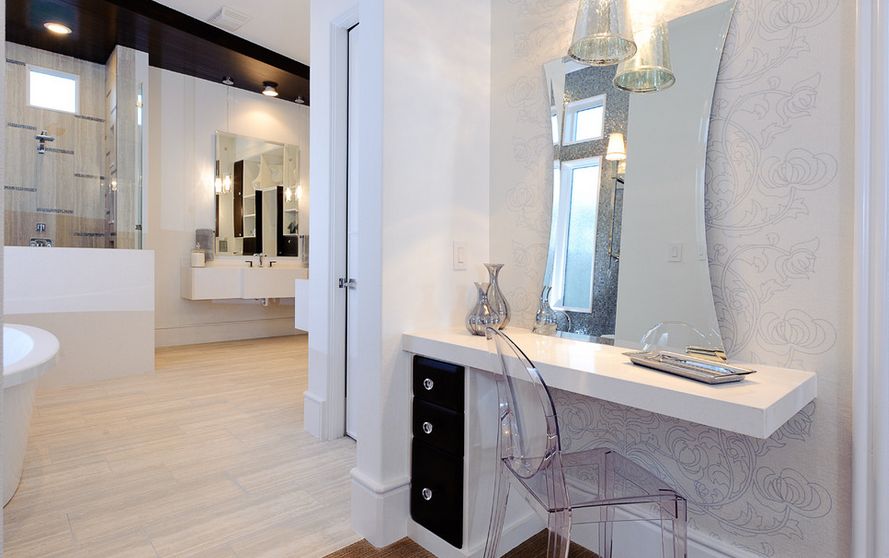 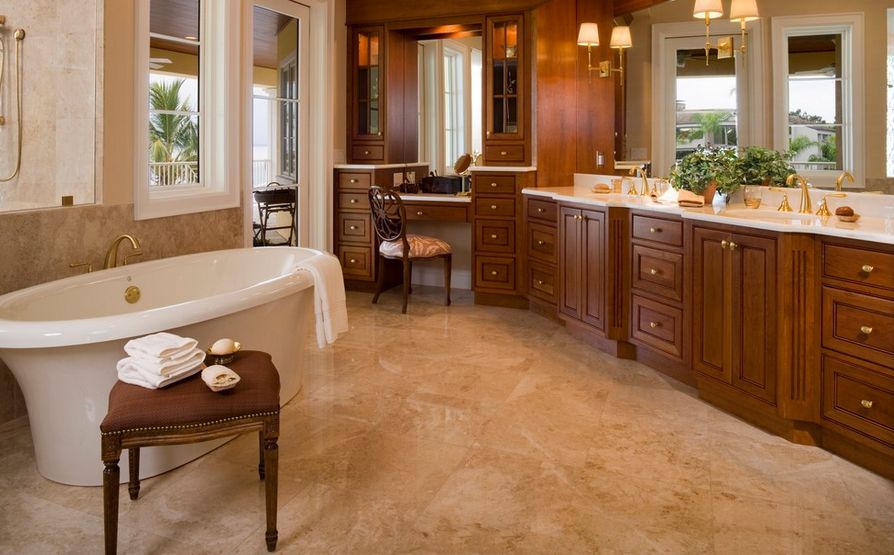 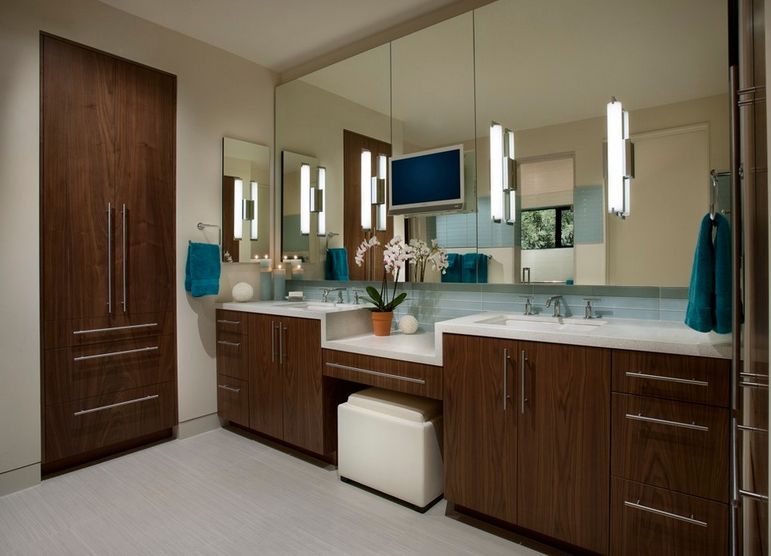 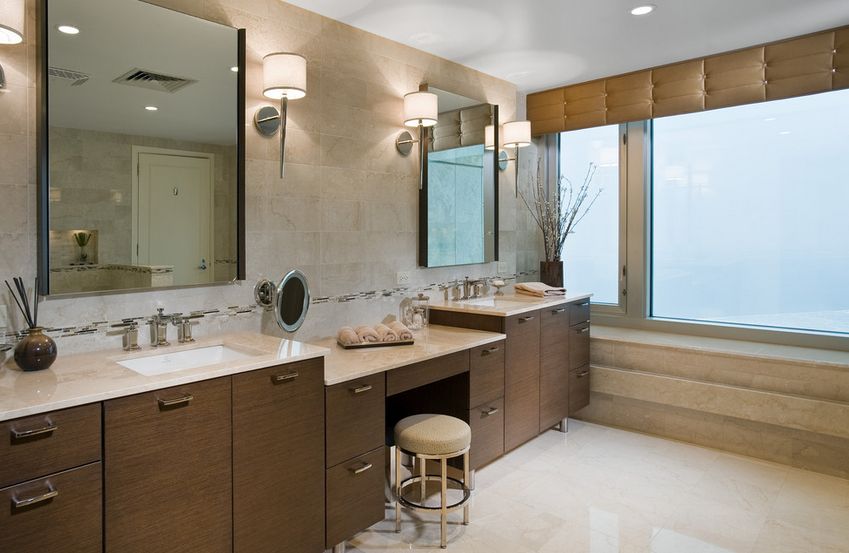 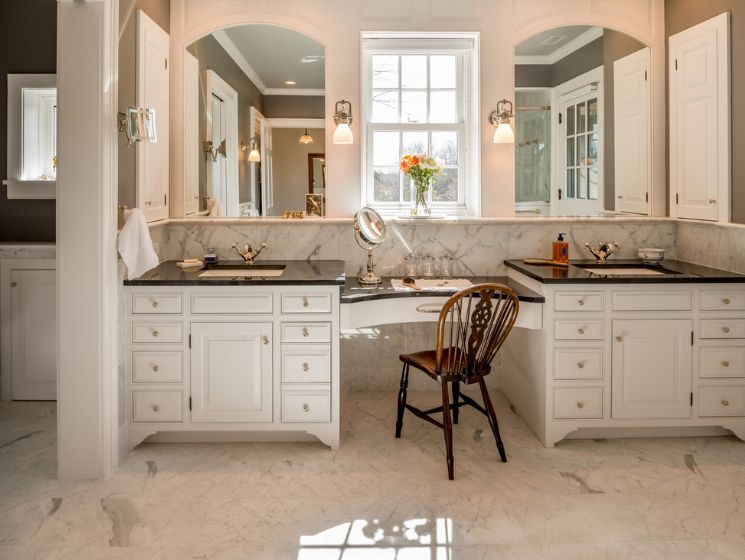 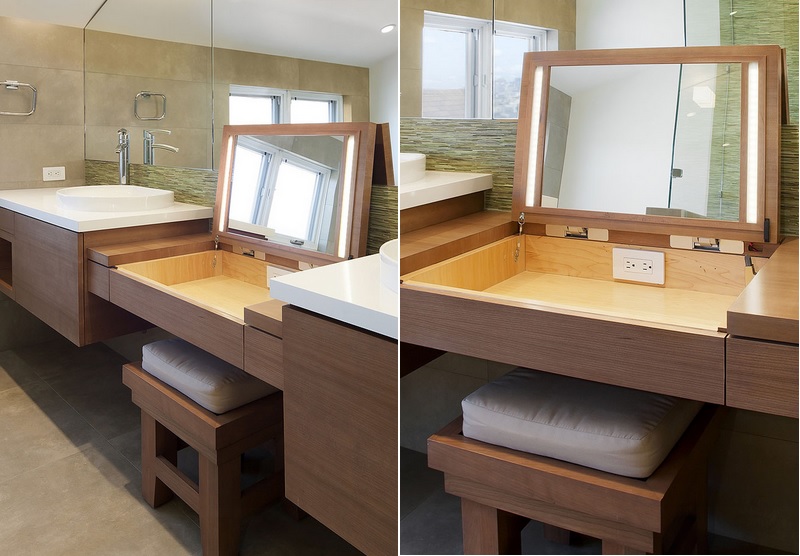 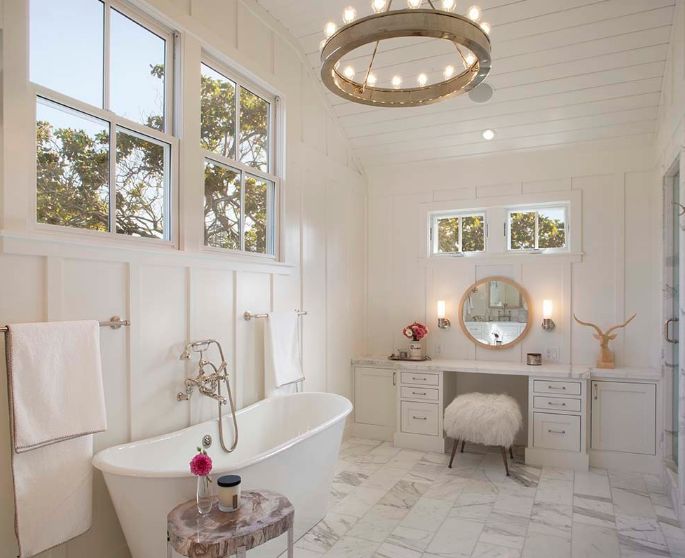 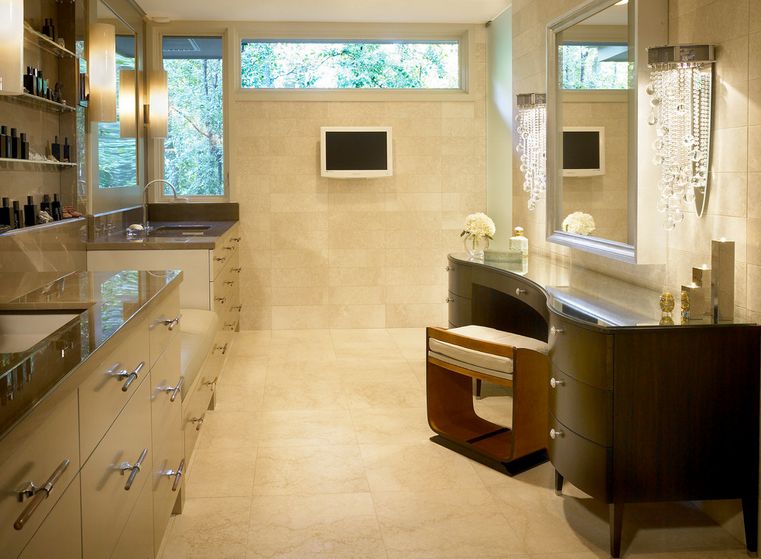 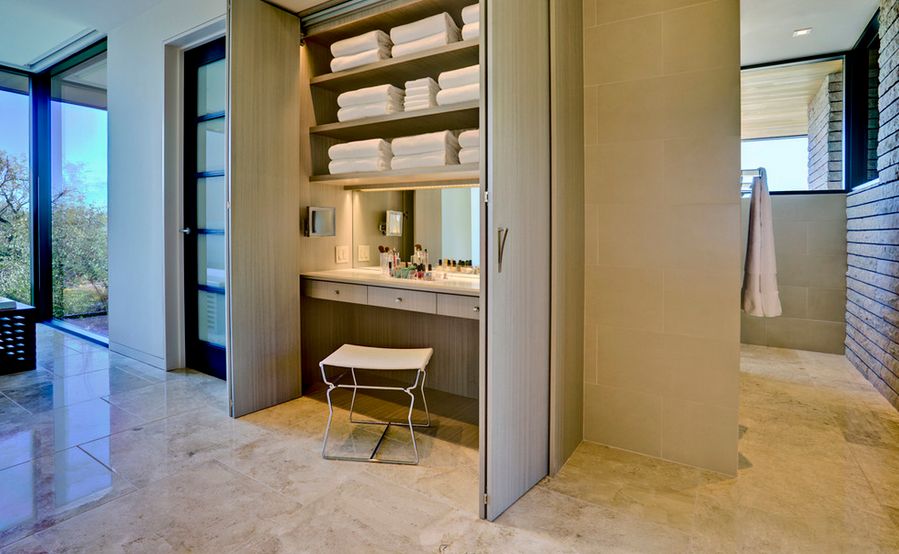 Though makeup vanities may seem like a caprice, not a must-have, they often prove their practicality and become impossible to part with once their valuable statute is discovered. Makeup vanities with lights are particularly great additions to a home, offering a complete package.

This vanity has it all: lots of storage in numerous drawers, a mirror with built-in lighting and a chic design. It’s exactly what a bedroom needs to look and feel complete.

And in case you were worried about the size of the mirror, this design changes the proportions. The actual vanity is small and doesn’t offer lots of storage but its design is sleek and minimalist white the mirror is large and well illuminated.

The lighting for the makeup vanity can also come in other forms. For example, this one has recessed lights above and a small lamp for additional task lighting.{found on matrka}.

In case size is a problem and you’d rather not waste a lot of floor space with a makeup vanity, check out this quirky idea. The vanity itself is a repurposed suitcase. A mirror was attached to the inside of the suitcase while the interior is used as makeup storage.

Ideally, the vanity should be placed close to a source of natural light, such as in front of a window. But even then there’s need for artificial lighting and sconces can be attached to the window frame.{found on yaarch}.

Another possibility is to have the makeup vanity match the rest of the bathroom furniture. It could be simple such as this one: a large mirror with a shelf for makeup storage and pendant lights for task lighting and the well know birch tree wallpaper.

If you had the idea to include a makeup vanity in the bathroom from the start, then a design similar to this one could be created. The vanity has its own little nook with modern sconces and open shelves for storage.{found on hansgrohe}.

It would be great if the makeup vanity could have its own space, away from the sink, tub and other features. But this difficult to achieve in most cases because of the reduced dimensions of the bathroom.{found on ppds}.

Perhaps it could occupy one of the corners in the room. This means custom furniture is needed. The great part is that you can design it however you want so it fulfills your needs perfectly. This one has a traditional design.{found on murrayhomesinc}.

In this case, the bathroom features a contemporary design with the vanity cleverly integrated into the wall unit. There’s an empty space underneath for storing the stool and a wall of mirrors with built-in lighting.{found on identityconstruction}.

The design of this bathroom is somewhat similar. However, the vanity is not placed in front of the large mirrors and instead has a small freestanding one. The lighting also seems to be oriented towards the wall-mounted mirrors.{found on cheryld}.

We find this particular makeup vanity to be really charming. It’s perfectly positioned in front of the window so it gets plenty of light and it also has those elegant sconces on the wall to help.{found on periodarchitectureltd}.

This is a really clever and interesting idea: the counter on the makeup vanity can be lifted to reveal a mirror and accent lighting on the other side. Also, inside the vanity there’s an outlet, a really practical feature.

If the bathroom is spacious enough, the vanity could have its own private space, not necessarily separated from the rest of the room but away from everything else. This would allow it to be outfitted with all the extra features such as task lighting, mirrors and plenty of storage.{found on modernorganicinteriors}.

Or, instead of making the vanity part of a continuous wall unit, it could be a freestanding feature with its own mirror, sconces, storage and everything else.{found on scottsimpsonbuilders}.

And in case there’s no room for the makeup vanity in the bedroom or in the bathroom, maybe it can occupy the space inside the hallway closet. It’s unconventional but not completely unpractical. In fact, it’s a really clever idea.{found on senhauserarchitects}.