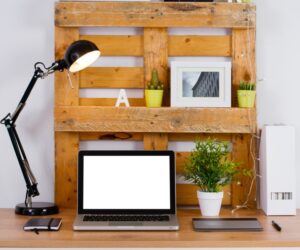 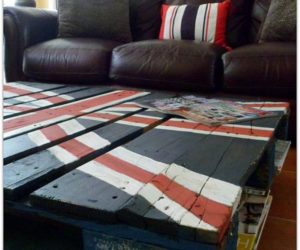 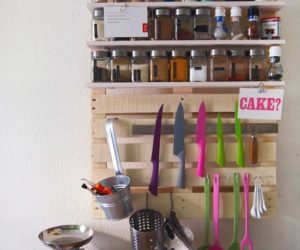 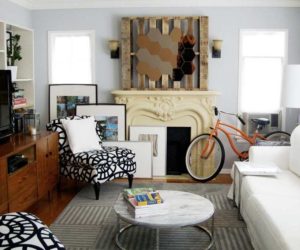 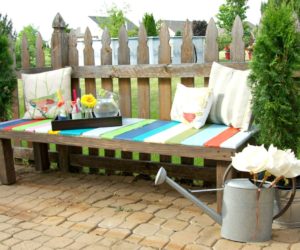 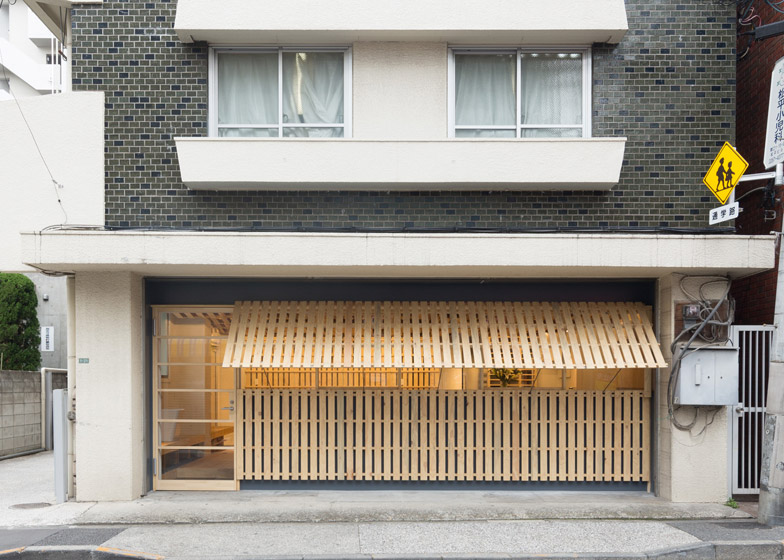 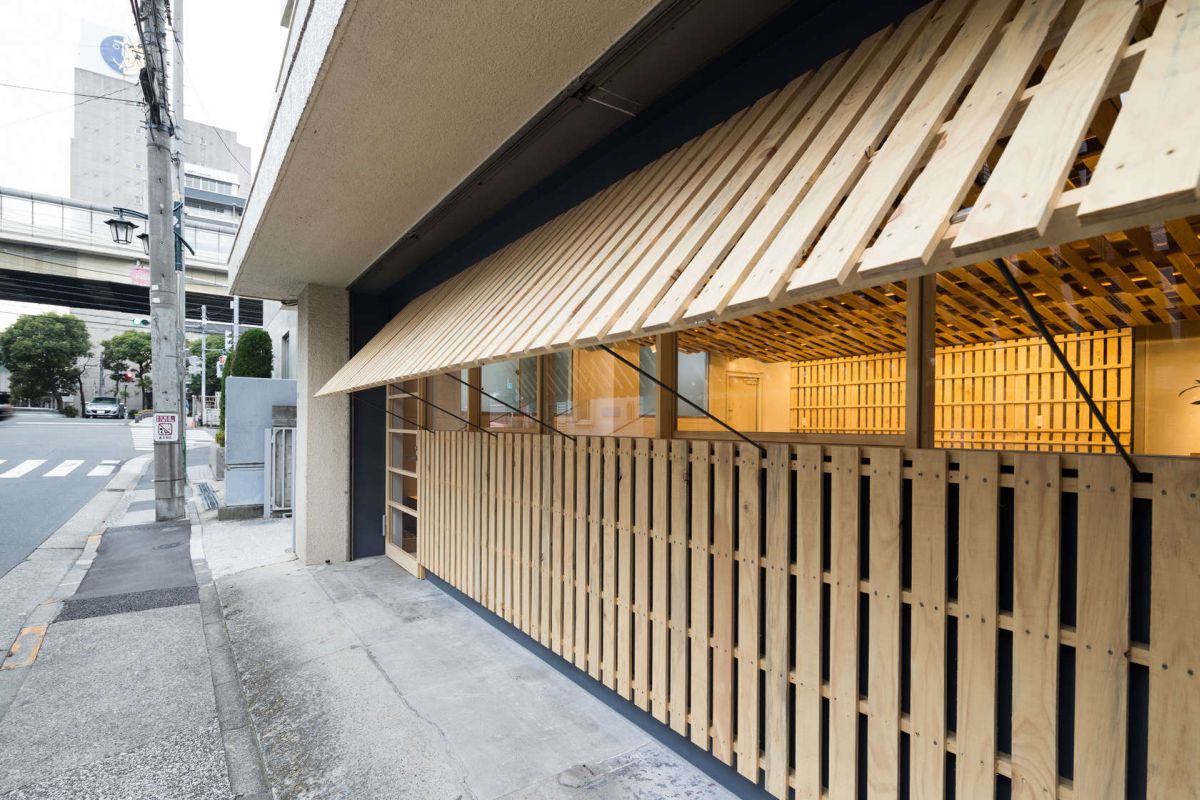 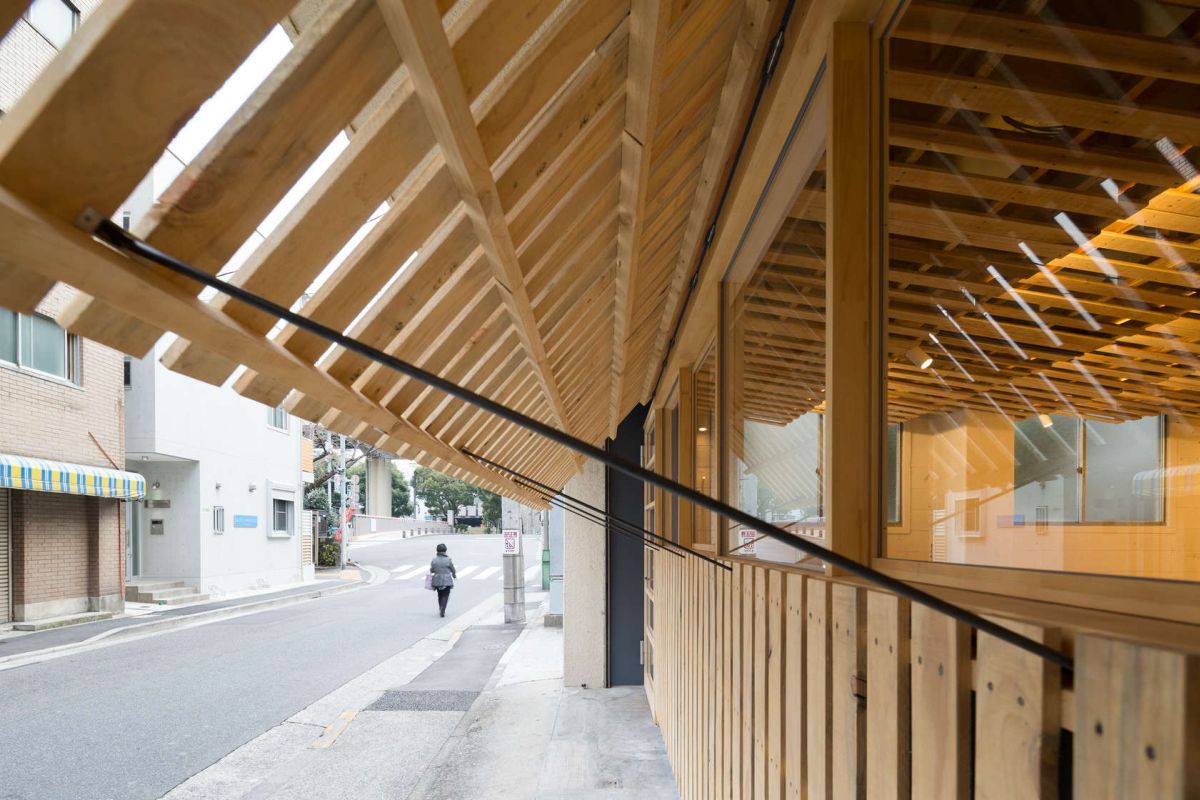 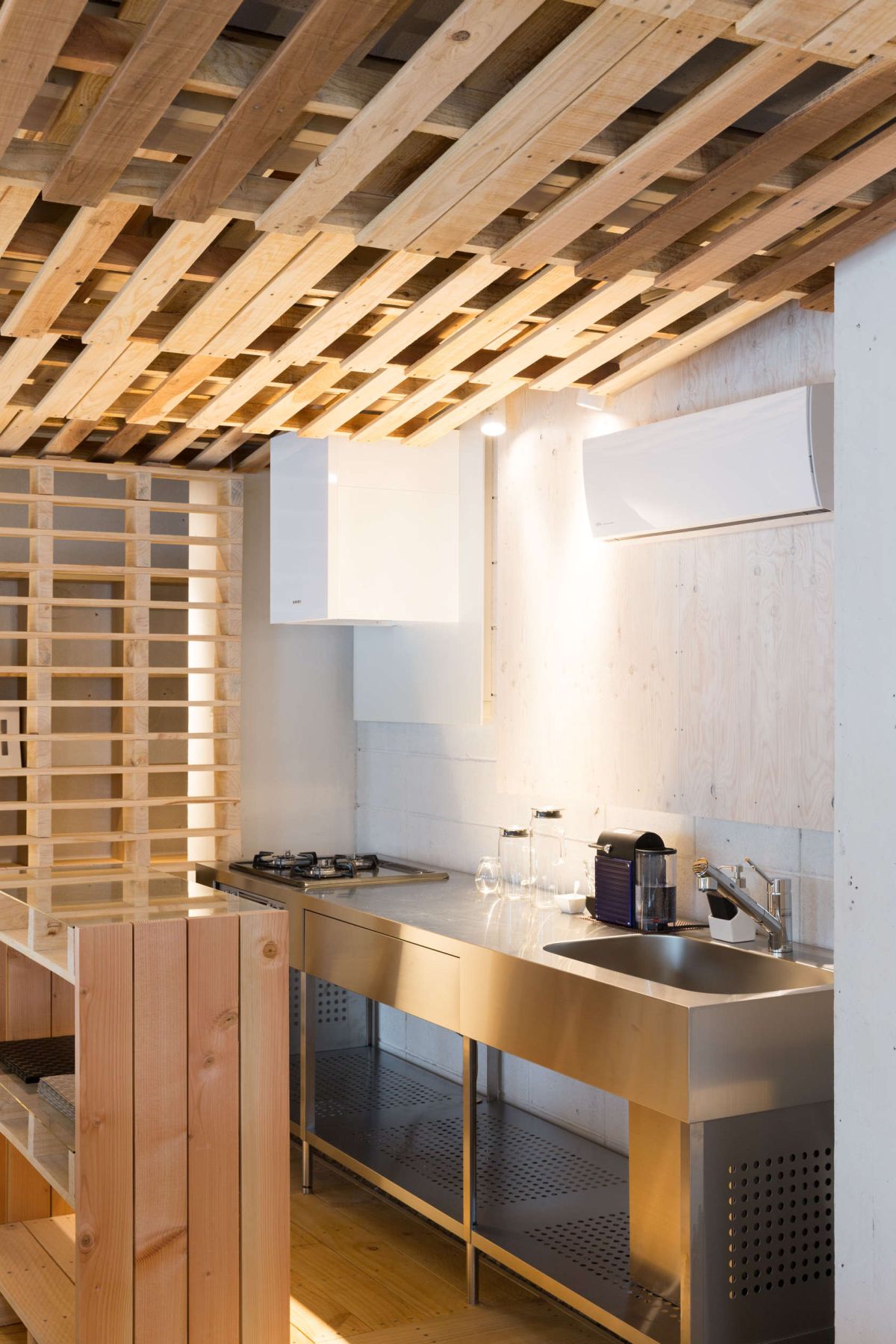 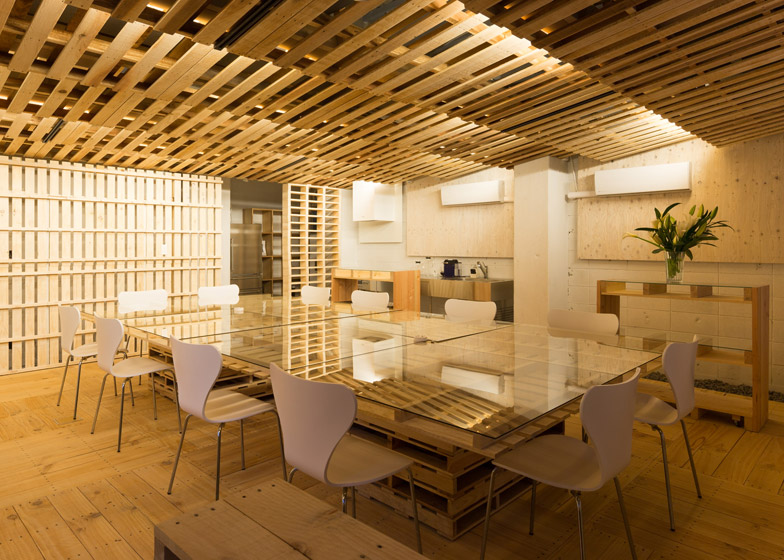 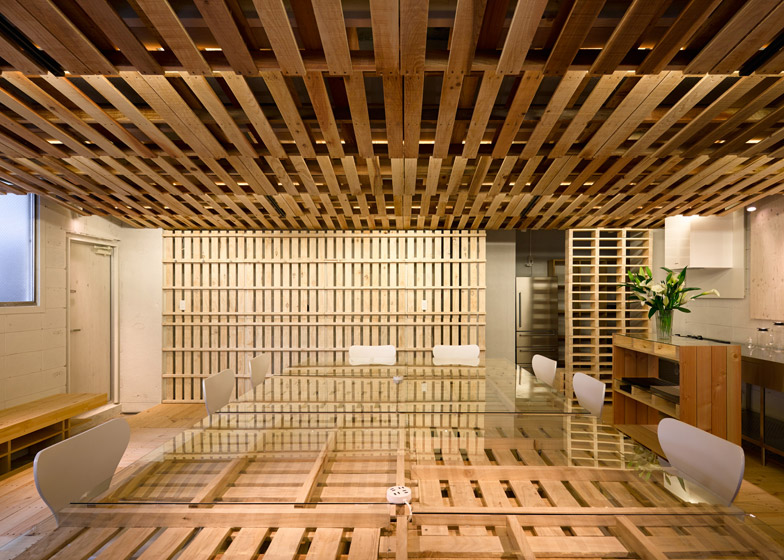 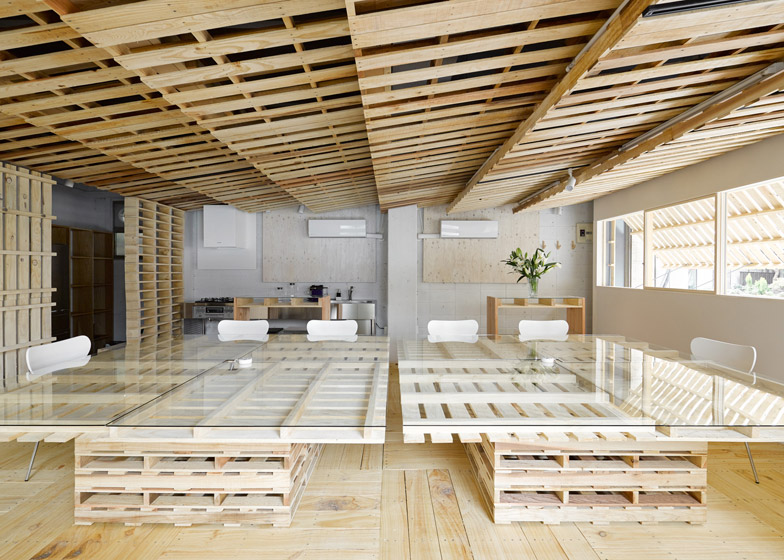 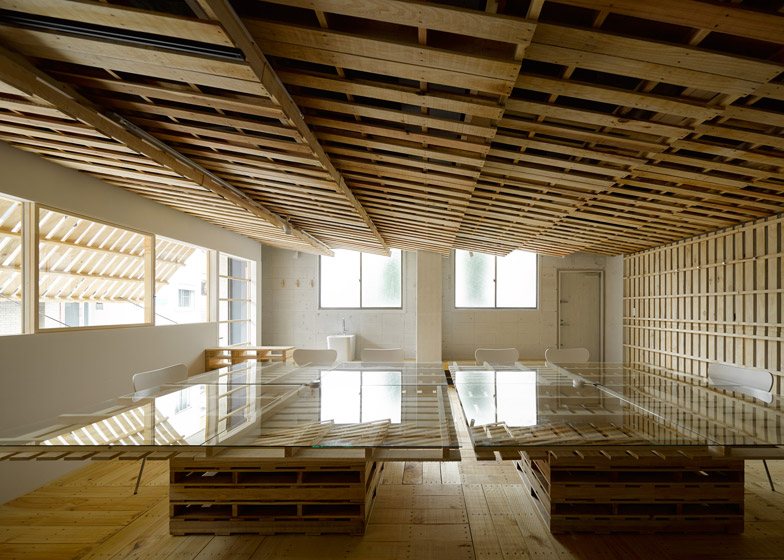 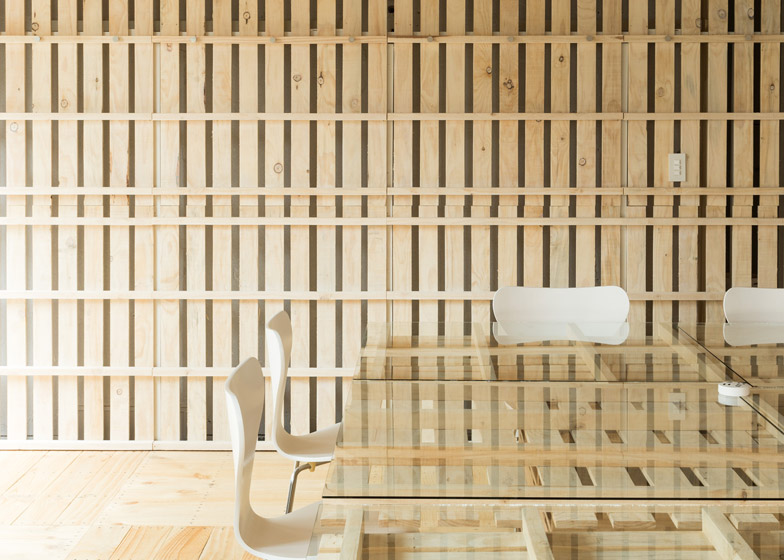 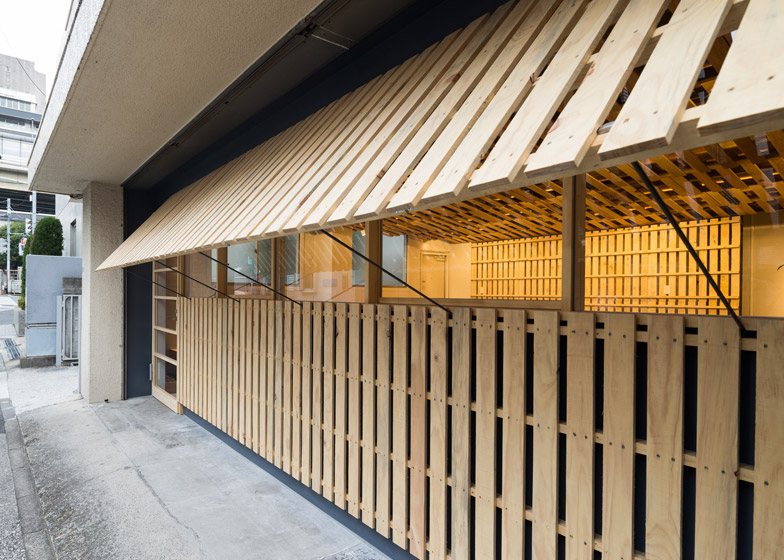 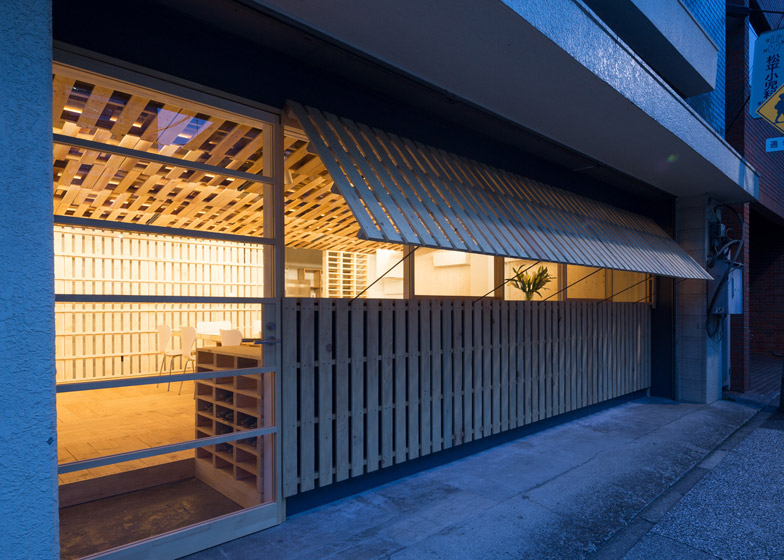 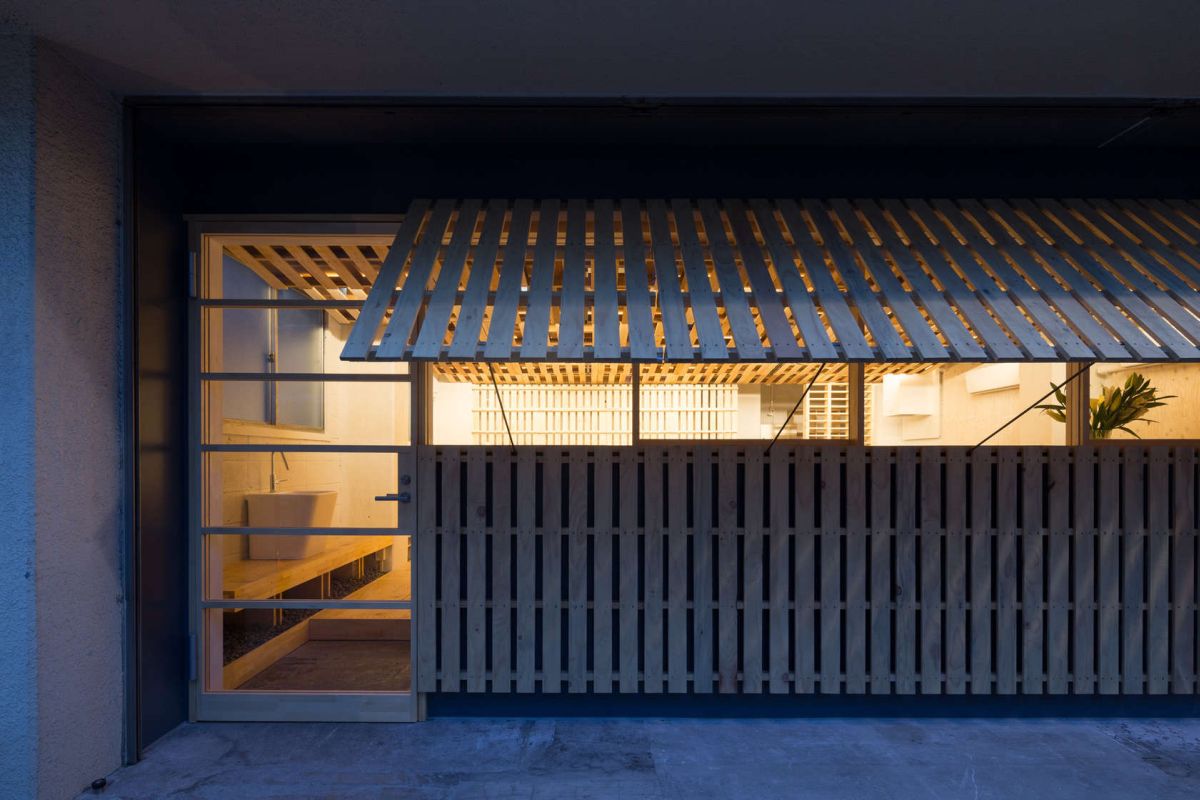 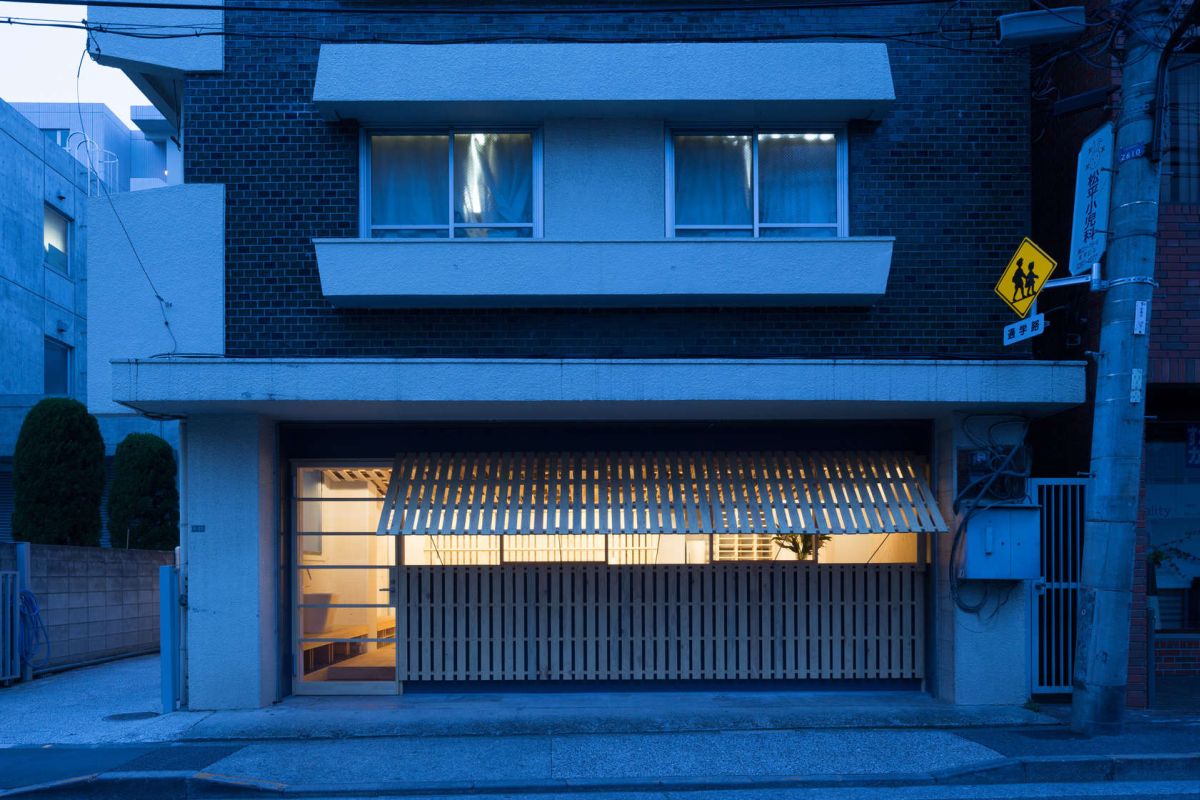 Every renovation projects poses its own kind of challenges. In the case of this 50 square meter space, the problem was the uncertainly of the client’s lease so Hiroki Tominaga Atelier, the team responsible for the new design, had to find an ingenious solution for this temporary office space.

The space is located on the ground floor of a three-story building in Tokyo and was rented by a video production company. The team was asked to find a low-cost renovation solution which would transform it into a meeting room.

The solution found was to use wooden pallets. In total, 130 pallets were used from start to finish. The pallets were of three different types. The cheapest ones were used to create a tiered ceiling with stylish built-in strip lighting. The average ones in terms of price were transformed into furniture or were broken down and used to cover the walls. The most expensive ones became checkered parquet flooring.

To build the unusual tables at the center of the room, the team stacked multiple pallets and added glass tops. Because this was meant as a temporary work space, the pallets used throughout were only fastened with screws and this allows everything to be taken apart ad reassembled at a different location.

The pallets became floorboards, wall covering, furniture and even a large shutter was added for the long strip window facing the street. The shutter opens during business hours, becoming an awning and closes for private events and activities.

Using limited means and raw materials, the team managed to respond to the client’s requirements in an original and ingenious way. The design is not only functional but also very flexible. A project that, once again, proves just how versatile wooden pallets are.

But one has to take into consideration all the elements involved and not just the positive ones. For example, pallets are usually stored outdoors where they’re exposed to water and other elements so by the time they reach you they’re in pretty bad shape.

It’s hard to be certain that your pallets are clean and safe when you have no idea where they originated or what kind of creatures and bacteria they’ve been in contact with. It’s why it’s advised to look for pallets stamped with “HT” which stands for “Heat Treated” when you plan on repurposing them into furniture, flooring or other things.

Or just be extra safe and only use pallets for outdoor projects like benches, bins, planters and other similar things.