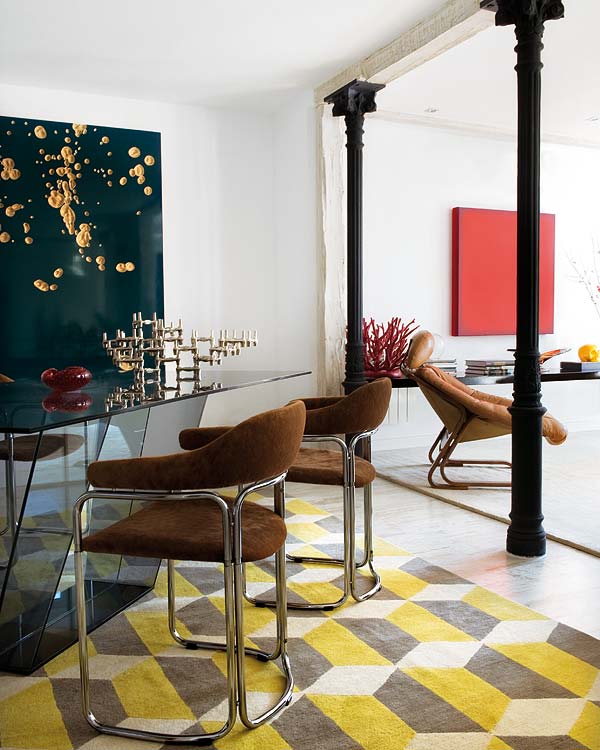 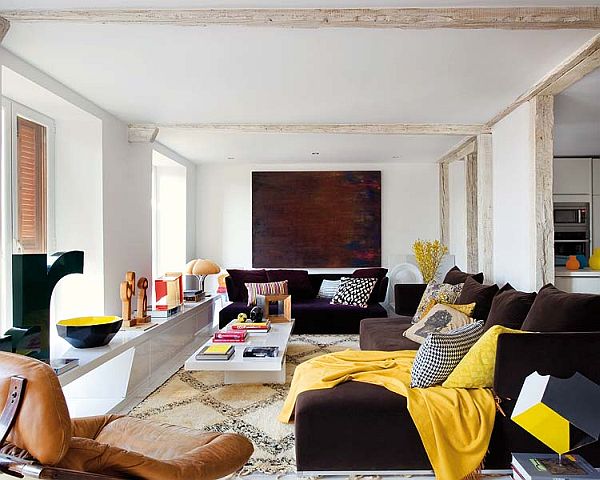 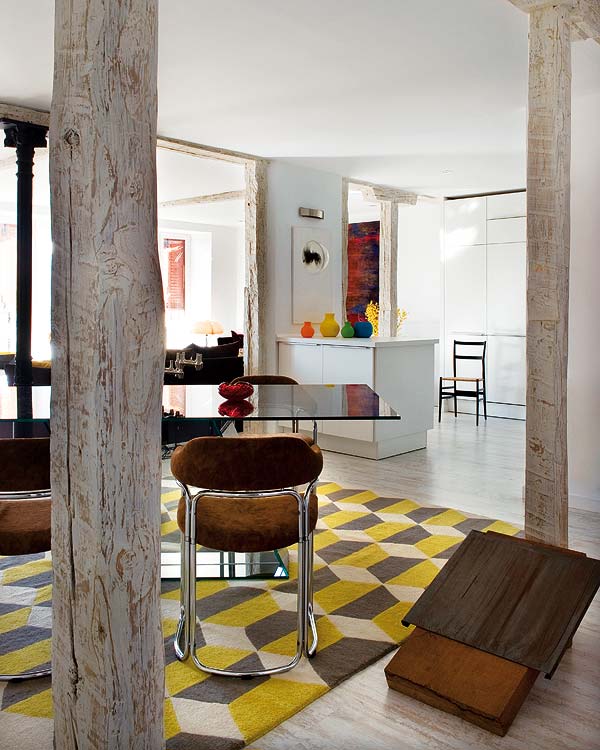 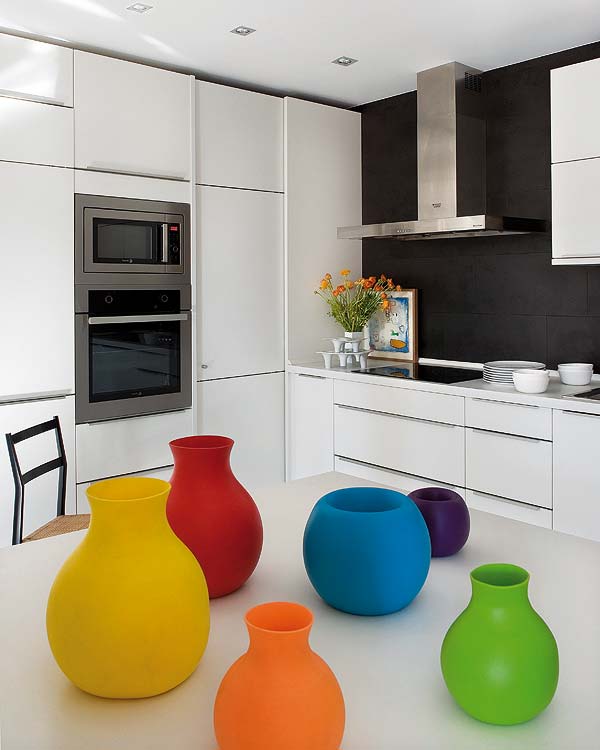 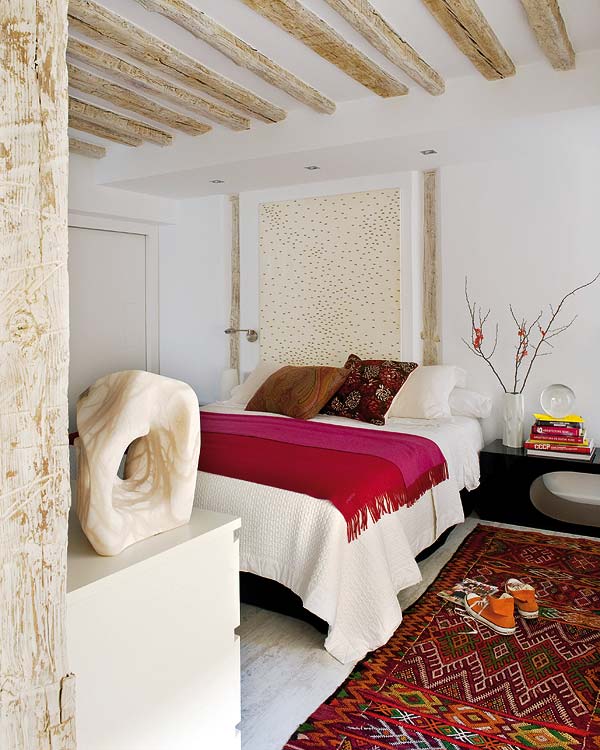 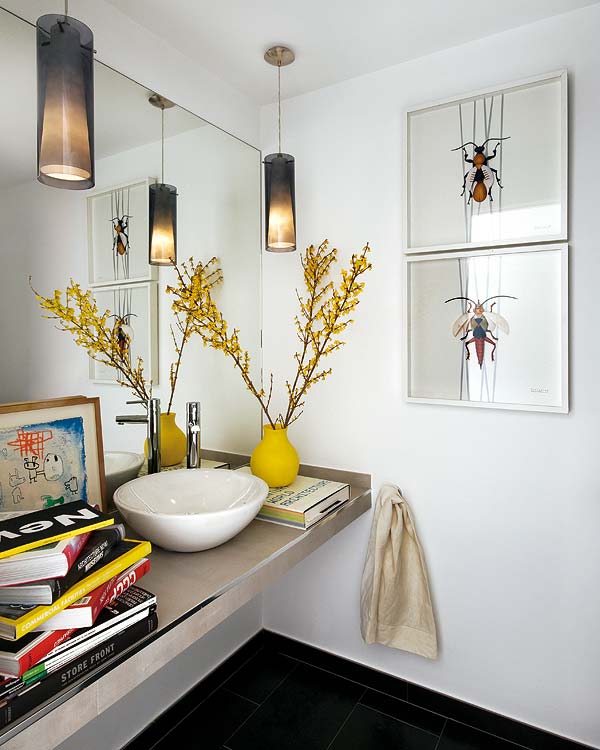 Even though it might sound surprising, sometimes it’s easier to just build a home from scratch than to renovate an already existing one. In the case of apartments the last options tends to be the only one. This apartment is located in Madrid and it was recently renovated by Rafael Llamazares. As in most cases, the owner wanted a big change.

When renovating an apartment it’s just the décor that changes but sometimes the internal structure as well. In this case, the renovation brought with it exposed beams and pillars that were hidden before. The team that worked at this project re=introduced these elements into the décor. In one of the rooms there were two cast-iron columns. These were painted black in order to create a visual contrast with the rest of the room.

The apartment already had a functional internal structure. One of the purposes for the renovation was to create more open spaces. In order to do that, sliding doors were installed. They separate the spaces but they also allow more freedom. The apartment has while walls throughout. This allows the furniture and accessories to stand out. Most of the furniture was custom made for this project. The lack of natural light was the main challenge in this case.

However, the architect managed to overcome this difficulty through the use of bright colors and airy decors. For the shared space that includes the lounge, the dining room and the kitchen, the light comes from the three balconies that are facing the street. The private areas benefit from a patio. The natural light is less abundant but it’s compensated by the use of white.{found on nuevoestilo}.