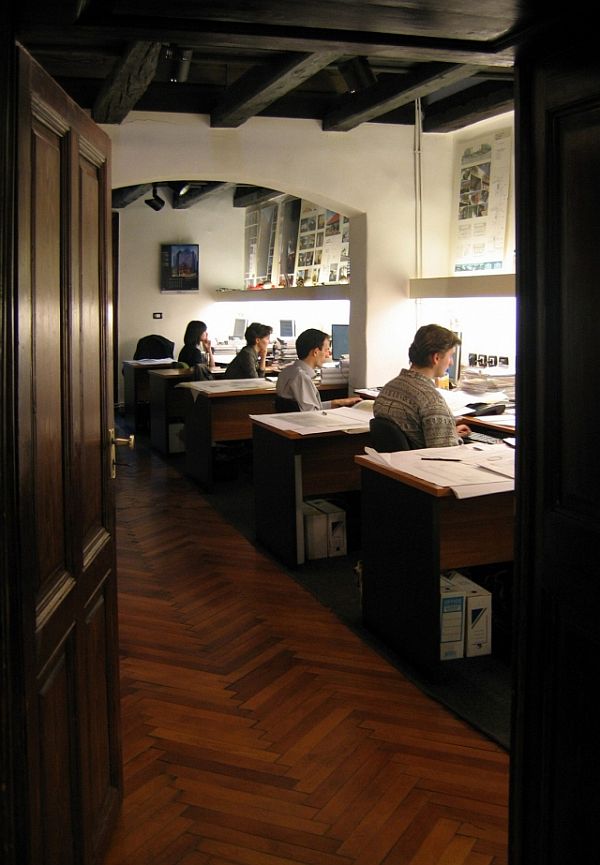 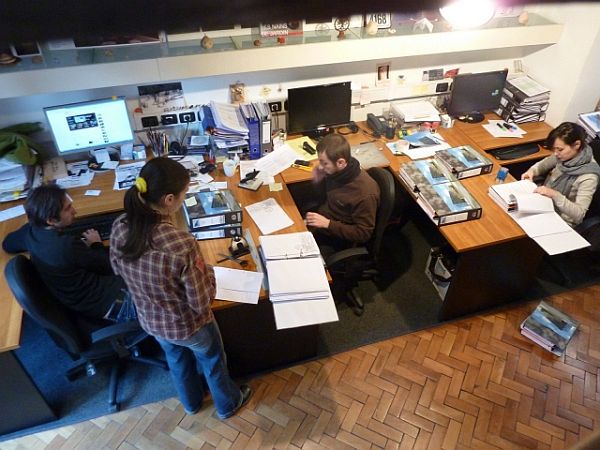 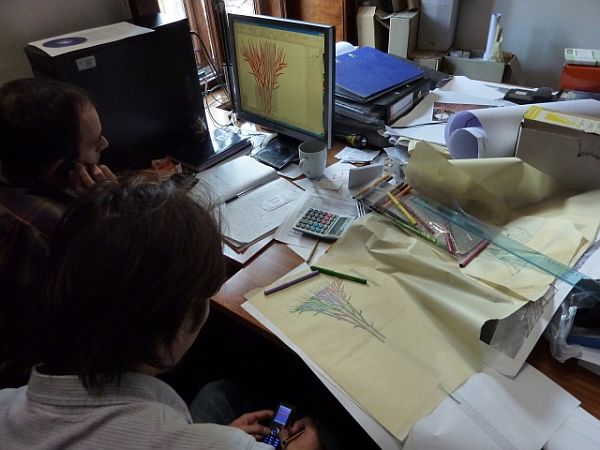 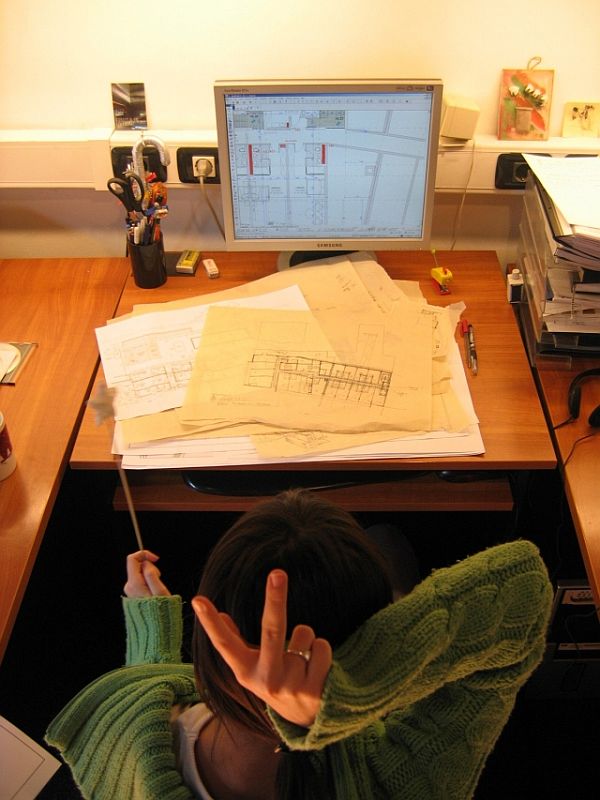 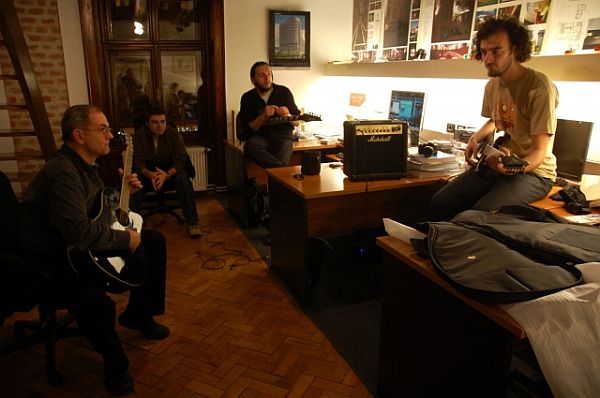 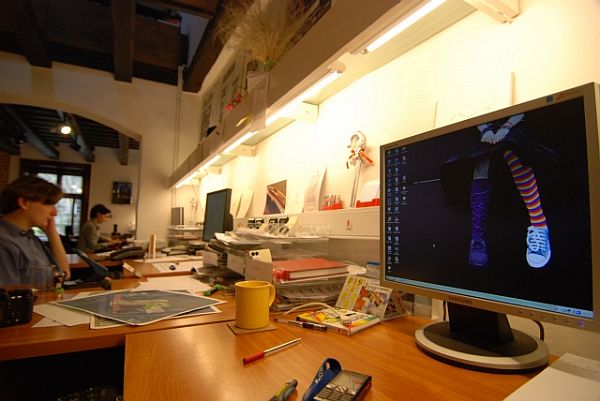 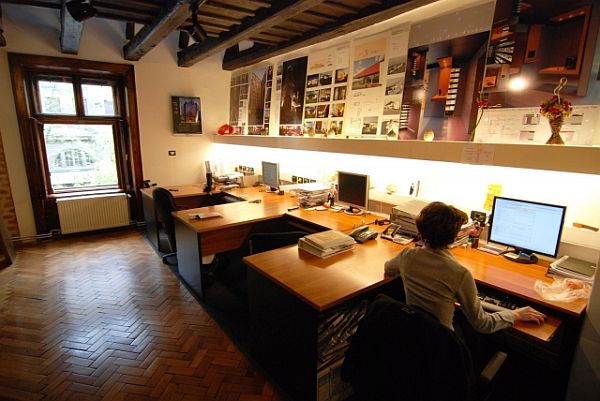 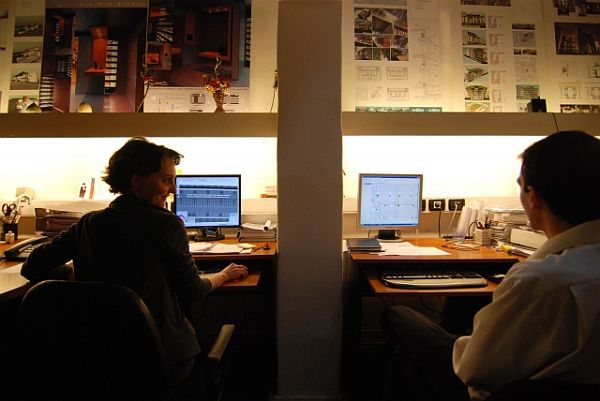 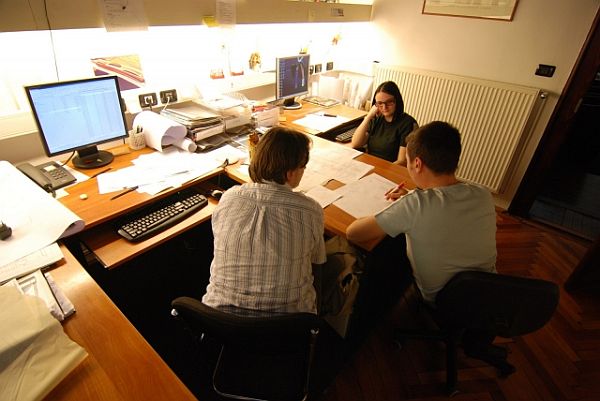 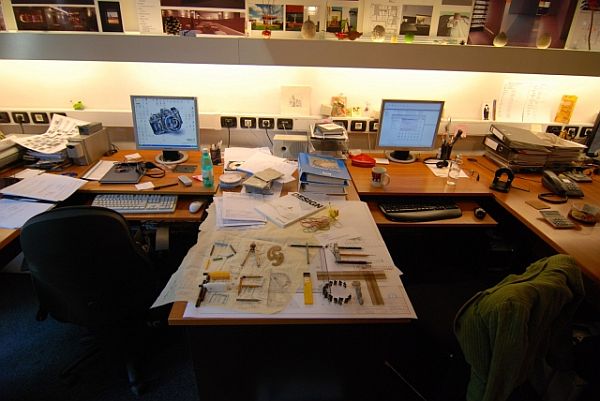 The Andreescu & Gaivoronschi architecture office is located in the historic center of Timişoara, Romania. The company is known for designing the most important business park outside of Bucharest, the capital city of Romania, the City Business Center complex. The company’s headquarter is actually composed of two apartments that have been unified and a part of the mansard or loft has also been occupied. The 11 architects working there wanted their own headquarter as opposed to a rented space because it provides more stability and a personalized image.

It took them 6 month to renovate the place and the total cost was 142.000 euros. They’ve moved there in 2004 when they had the opportunity to buy an apartment in the center of the city and, more important, in the middle of the historic center, the Sfantul Gheorghe place that has an important signification from this point of view.

There were some inconveniences, like the lack of parking spaces and the cost of renovating a building that dates back to the 18-19th century. The headquarter of this unusual architecture firm also includes a conference room, the percentage of open space being of 70%. In terms of interior design, there are some painting of projects belonging to the great architect Andrea Paladio, some original Andrew Hoffman furniture pieces, a statue of the Schwejk (Hasek) soldier and several contemporary pieces representing the Romanian culture.{found on wall-street romanian version}