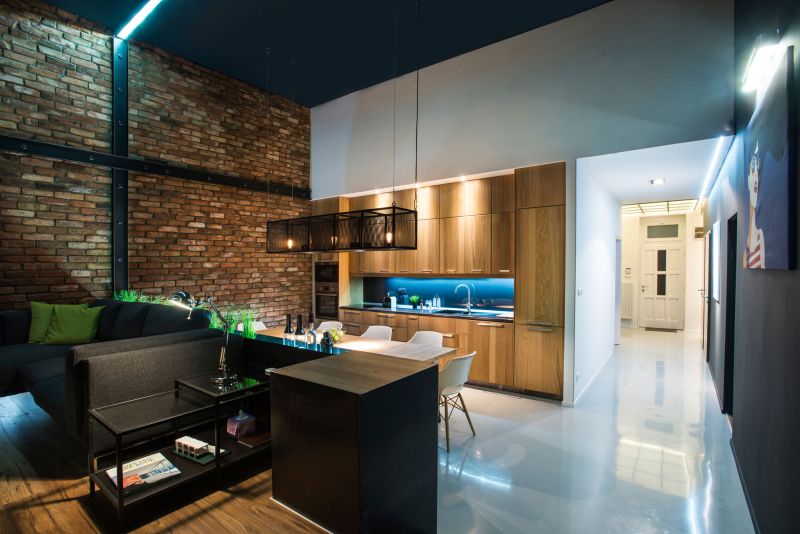 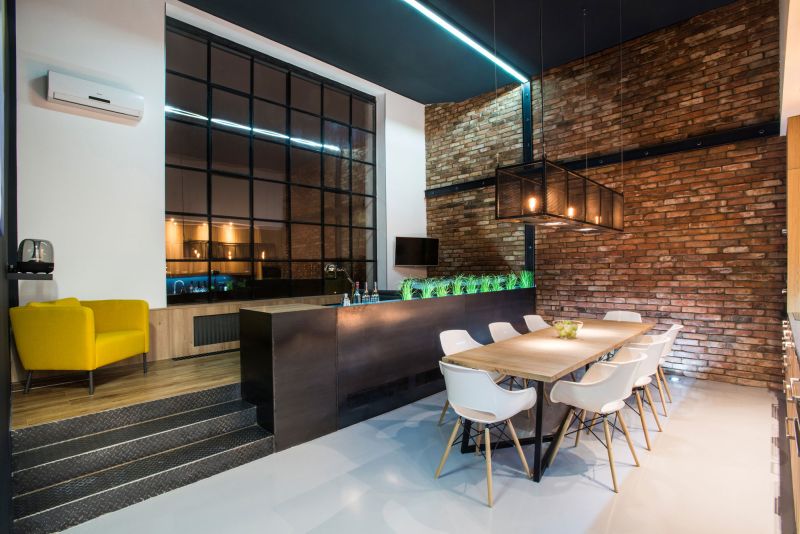 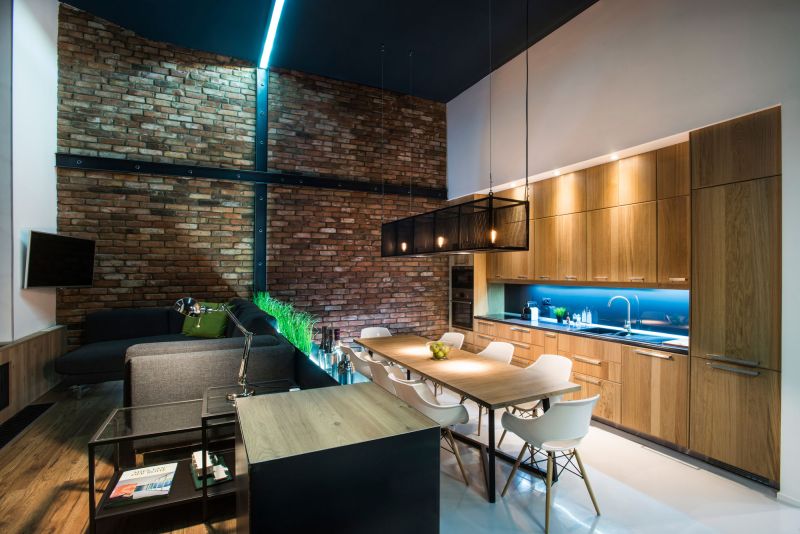 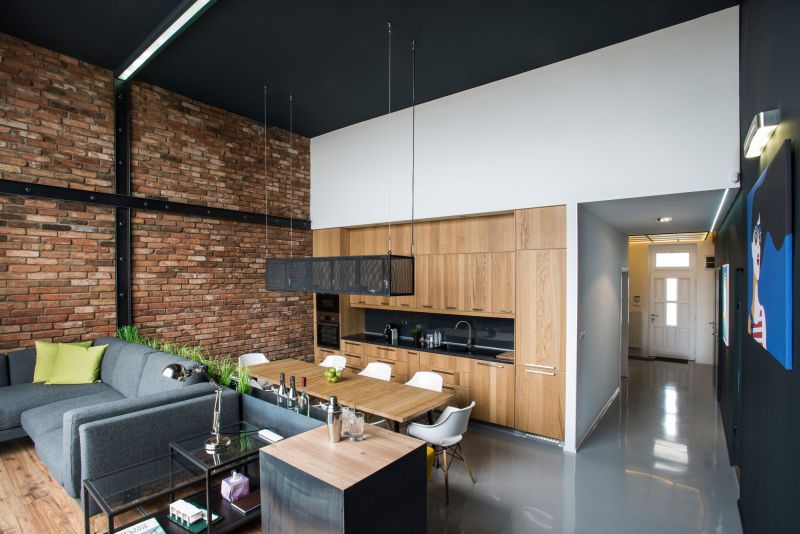 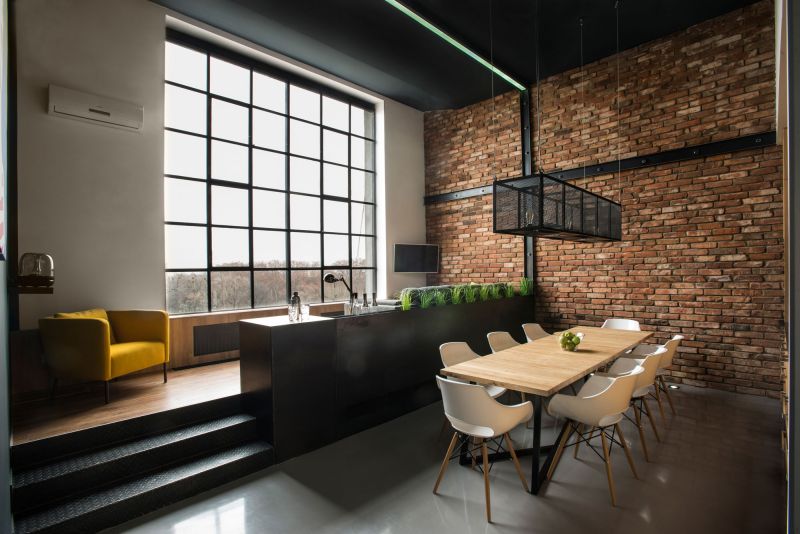 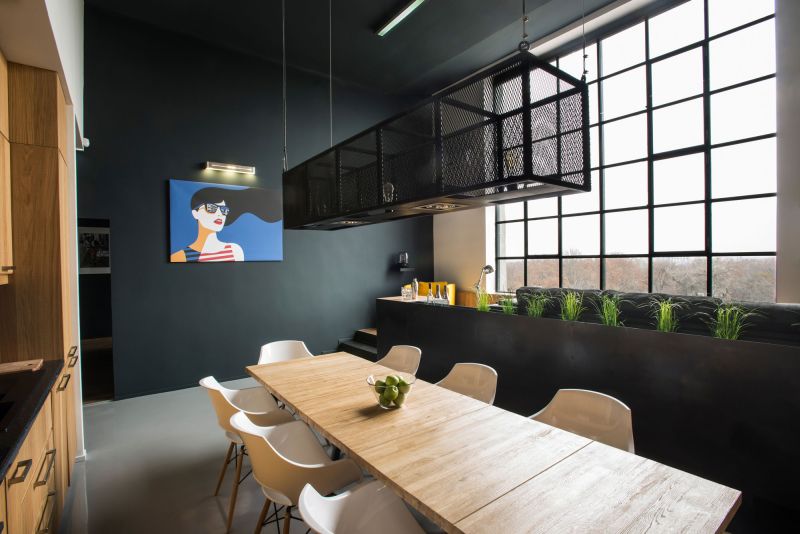 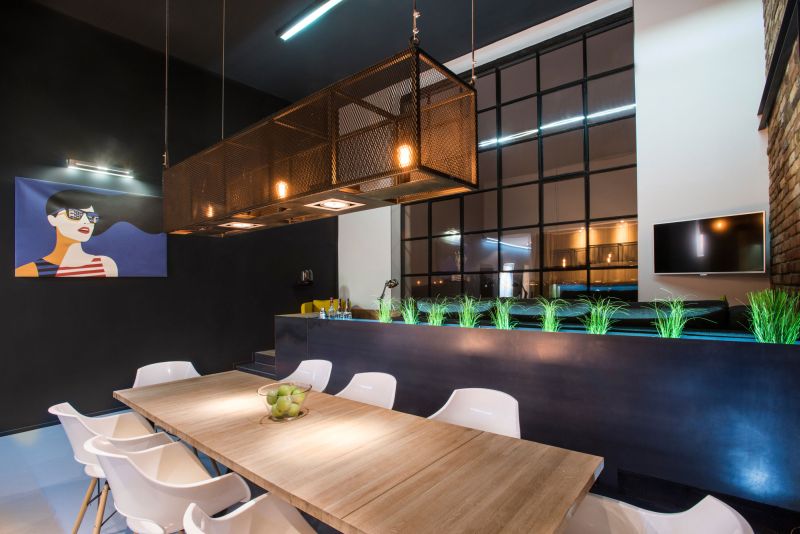 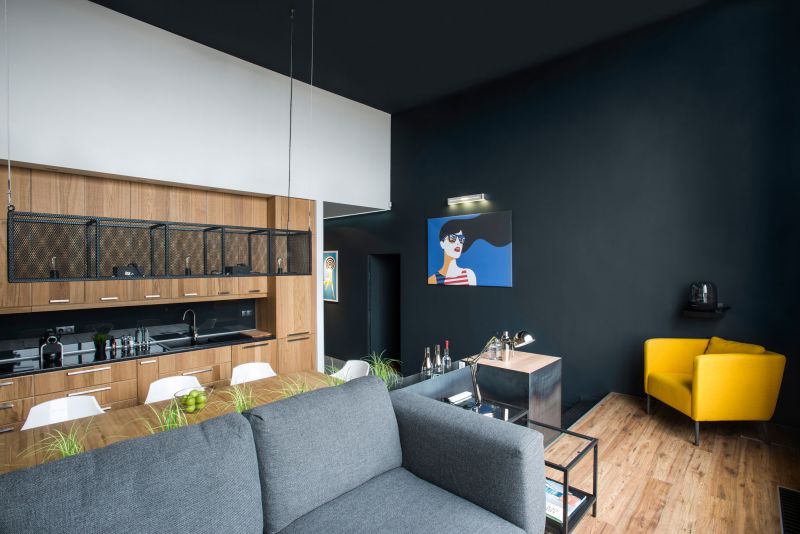 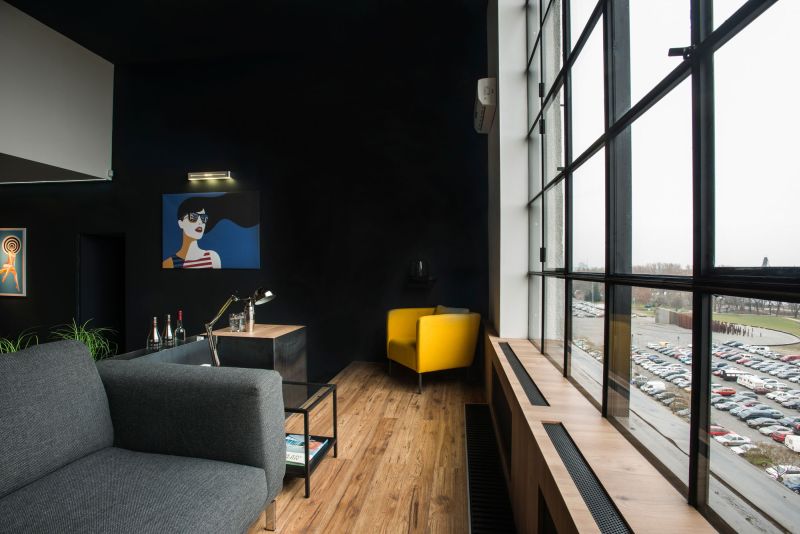 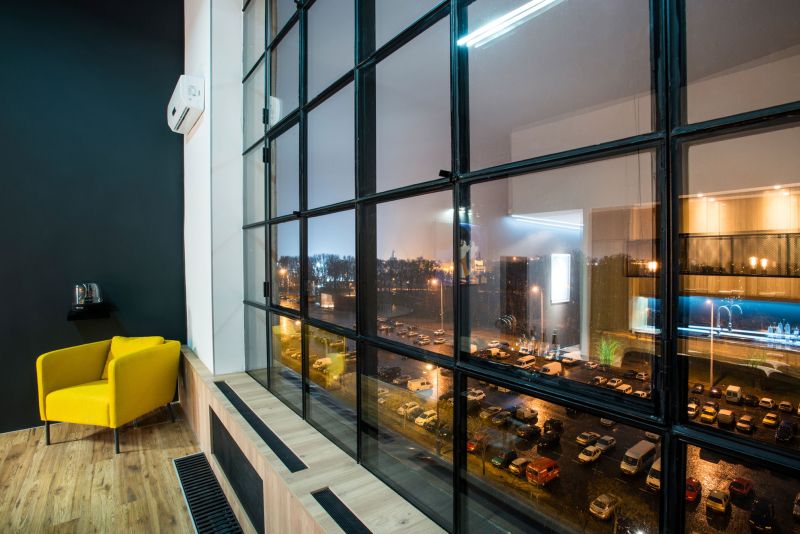 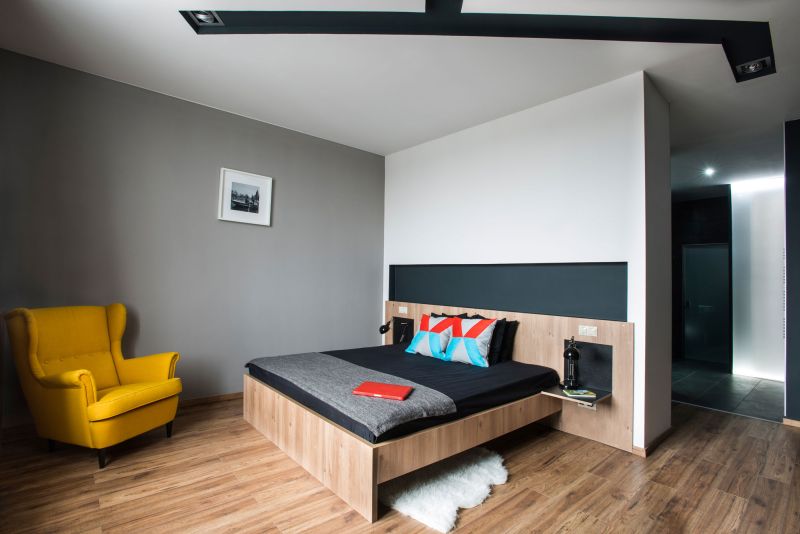 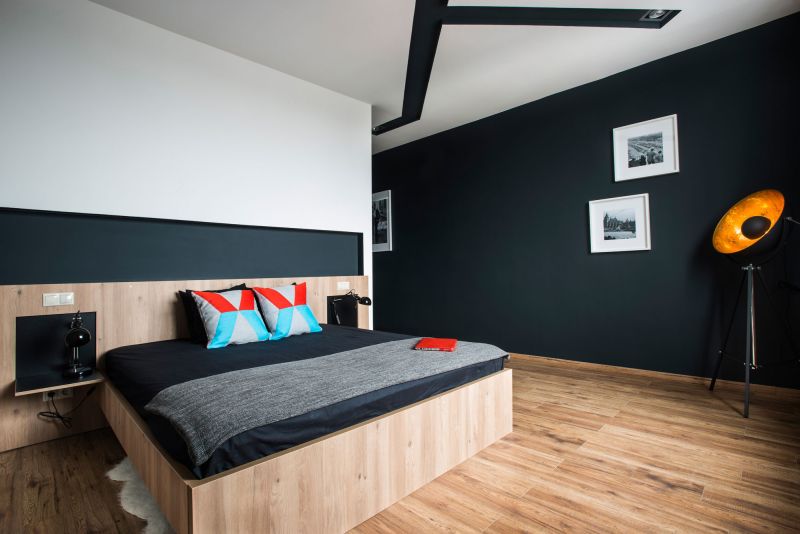 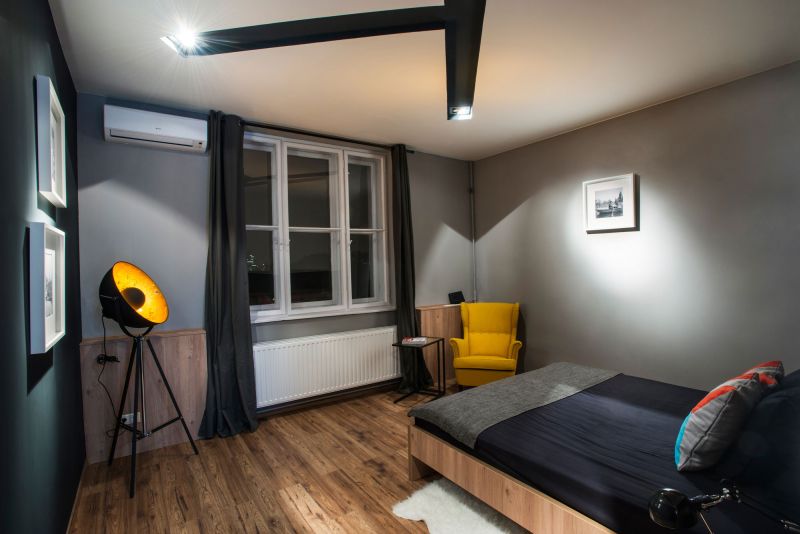 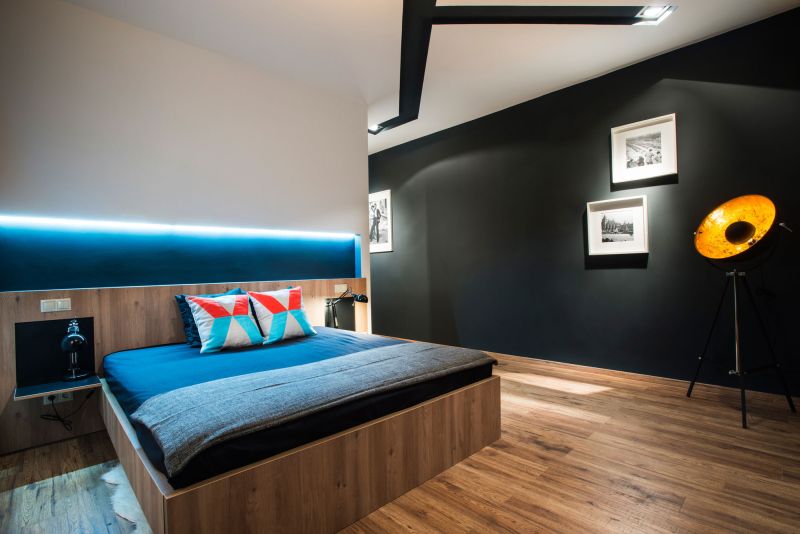 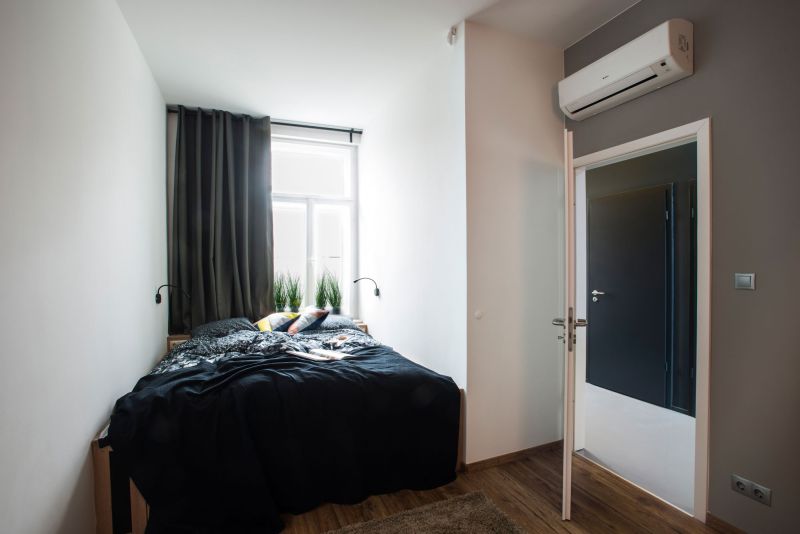 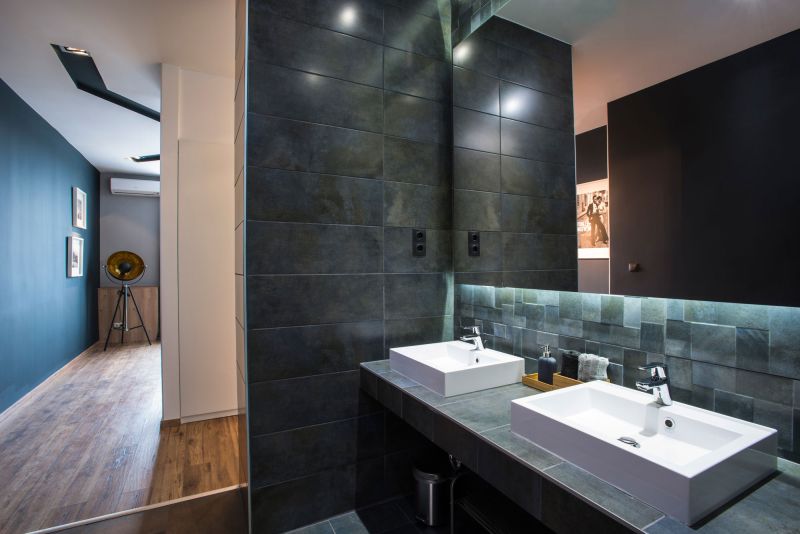 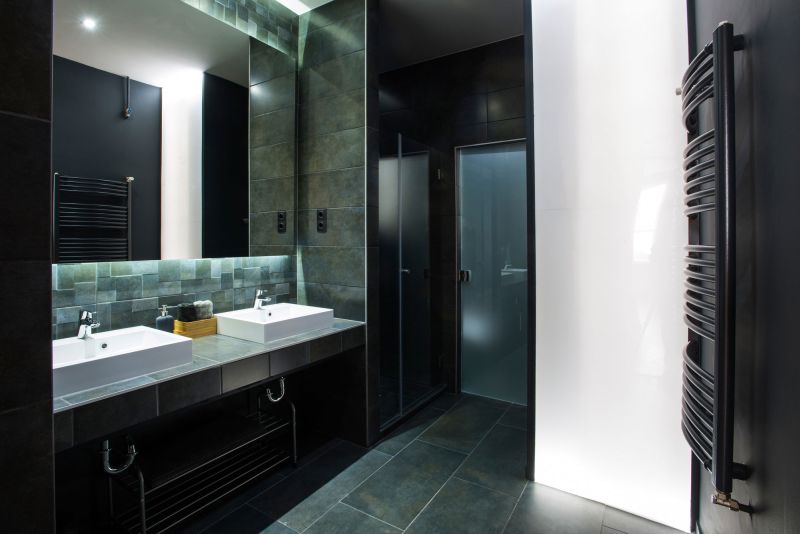 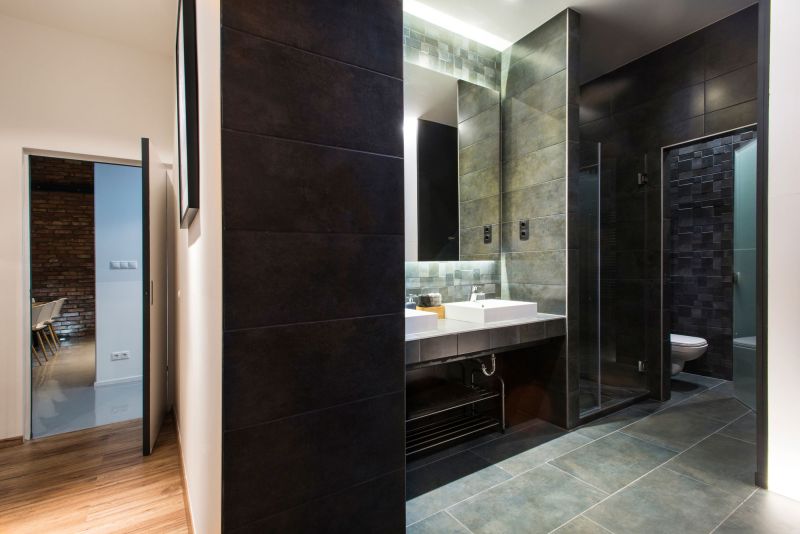 Every time an apartment is transformed and remodeled, first its original look has to be exposed. Then a designer can either choose to work with some of those features or to cover them up and create something completely different. In the case of this studio loft in Budapest, Hungary, a compromise was made.

The apartment is located in downtown Budapest, on a corner of the city’s central park area. It used to be a local painter’s home and in 2016 it got a new personality. The transformation was done by Gasparbonta, a multidisciplinary studio that deals with graphical art, interior design and architecture and that believes in solutions rather than problems.

The main plan was to transform the space into a contemporary loft home for its new owner. In order to do that, the team first had to strip down the apartment of all its existing design features and to plan something new. But not everything was transformed. Some of the original elements were preserved and used in the new design.

Because an eclectic style that combines industrial and modern elements was chosen for the loft, features such as the exposed brick wall or the exposed structural elements in some areas managed to fit in nicely.

The apartment has a large central space where the social area is configured. This volume houses the kitchen, dining and living areas. The kitchen is open and mostly made up of built-in furniture, leaving only an opening for the countertop and backsplash.

Right in front of it is the dining table. It has a wooden top that matches the kitchen cabinetry perfectly and it can sit up to eight people on classical white chairs. A small sectional is placed with its back towards the dining space and the two functions are separated by a divider which has a built-in drink cooler and some greenery. The divider ends with a small bar.

The interesting thing is that the lounge area seems to occupy what used to be a balcony which has been opened and made a part of the whole. The bar is part of the wall that used to separate these spaces. A trio of stairs also reveals a difference in floor height.

One of the most impressive design and architecture elements in the social zone is the large window which measures around 4m x 4m (13 ft by 13 ft). Through this, views of a large parking space and the city beyond can be admired. At night, the scenery is really beautiful.

The apartment also has two bedrooms and a bathroom for each of them as well as an additional storage space which is quite small. You can clearly see the consistency established throughout all these spaces. The designers combined industrial details and elements that already existed in the apartment with a stylish and clear geometry.

They used raw materials such as iron, concrete and wood to create a link between the styles. The bedrooms have their own share of simple and warm beauty. The wooden floor and the matching bed frame is complemented here by a gray accent wall and chic black and white details. A yellow wingback chair sitting in the corner adds the same cheerful vibe as the one in the lounge area.

The bathrooms make use of large windows to look more spacious and bright but they maintain a rather dark color palette. The double sink vanity displayed here is a lovely feature that puts together different influences. Once again, black and white are the colors that balance out the décor.

In addition to the contrasting palette of materials employed throughout the apartment, the lighting solutions also make the space stand out. The chandelier hanging above the dining table blends modern and industrial details and the ceiling and wall stripes also used in the bedrooms emphasize the geometry of the rooms.