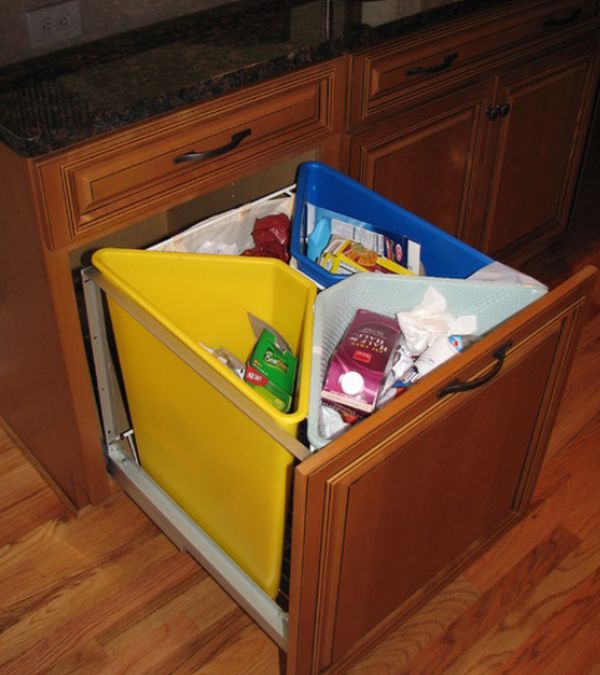 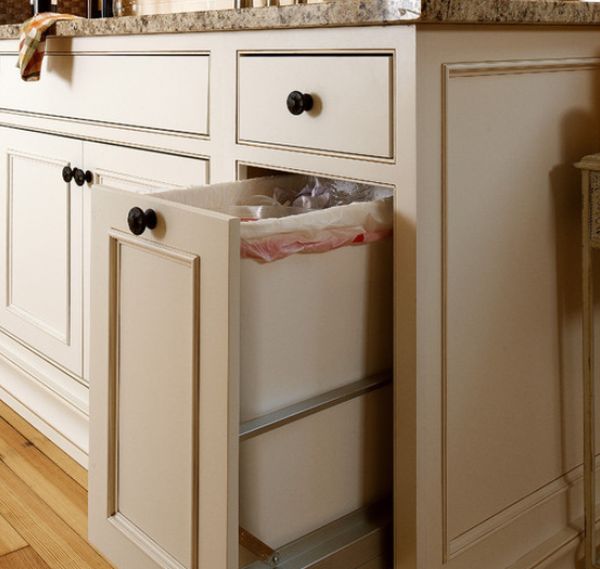 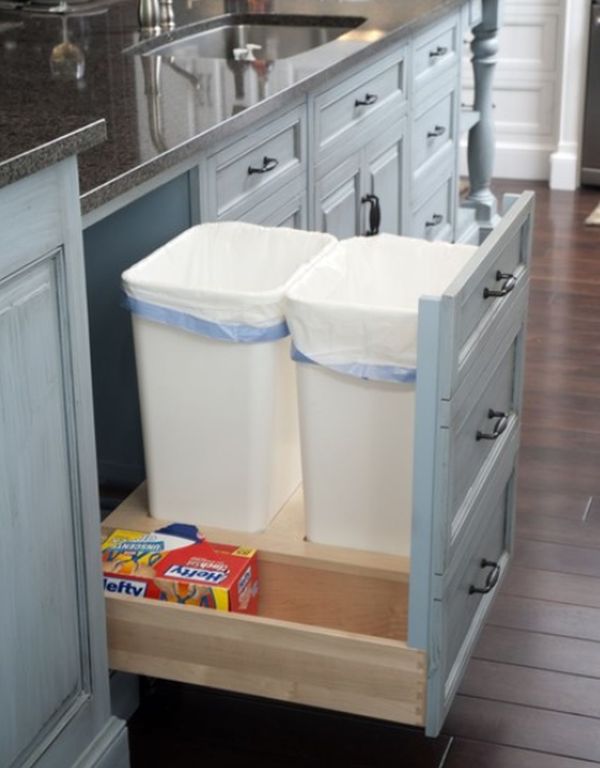 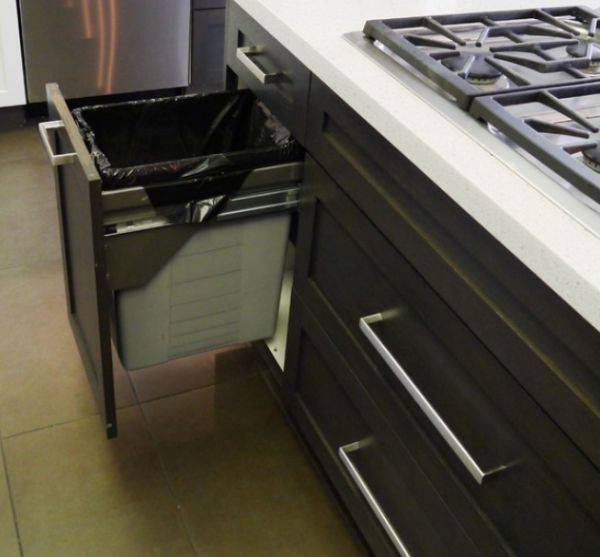 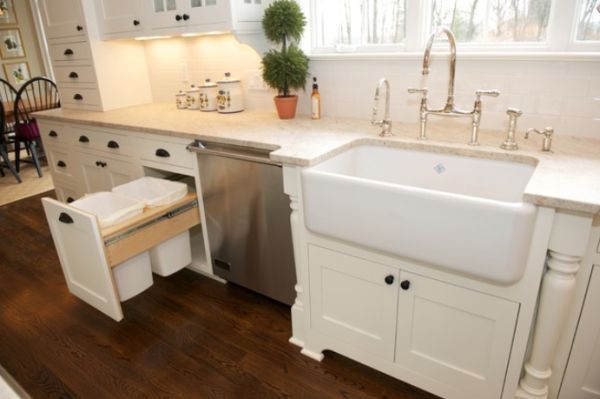 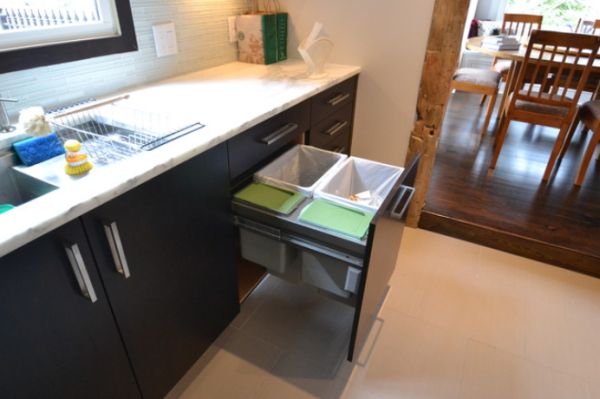 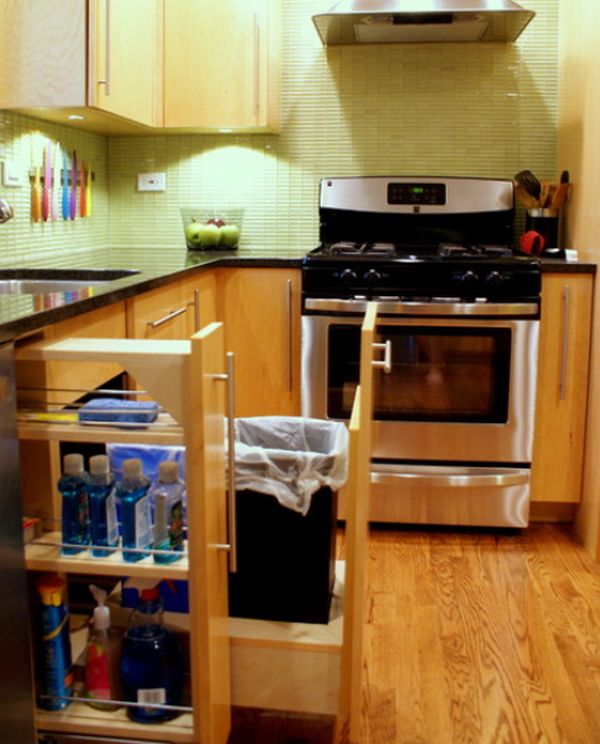 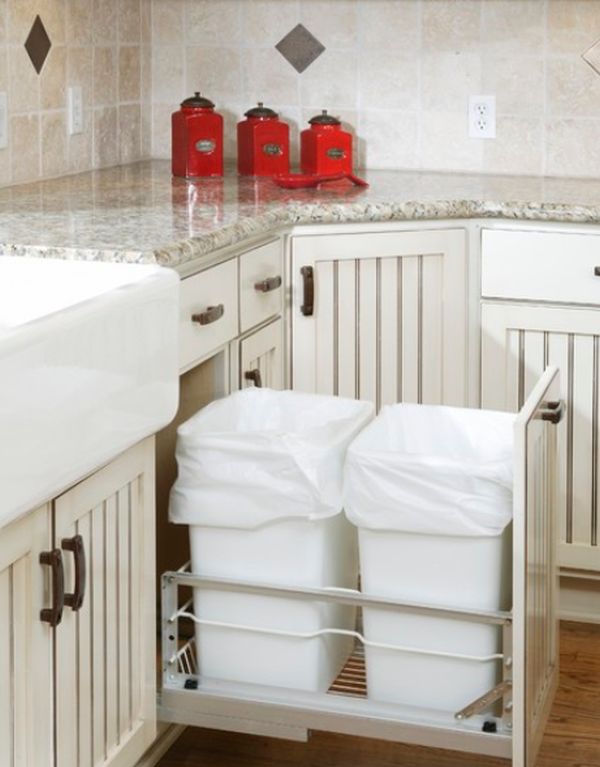 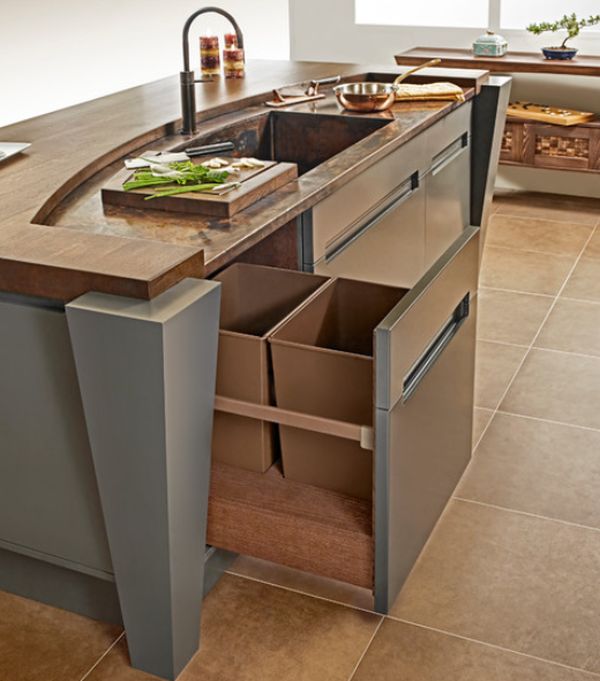 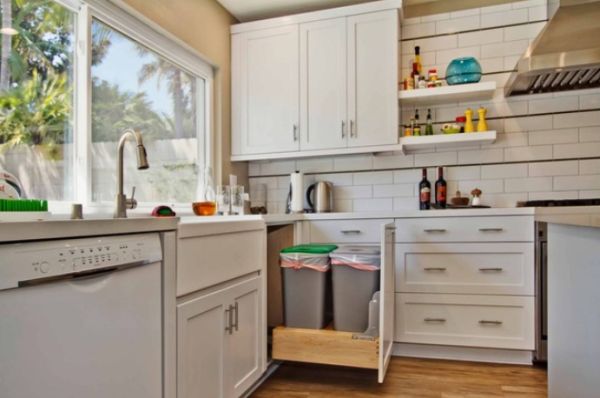 A trash bin is not exactly a beautiful thing to have in the kitchen. It’s not aesthetical and it’s not hygienic either. But it is, however a must-have that can’t be replaced with anything else. The only remaining solution would be to try to find a way to conceal it so it doesn’t stay in plain sight or to make it less unappealing.

Pull-out trash bins are a very good idea for the kitchen. They offer several advantages. First of all, it’s out of sight and doesn’t disturb the eye. Also, it’s very practical. You just pull it out and you can drop the debris in there. It’s much more practical than having to open the cabinet door if your trash bin is placed inside and having to close it back every time.

Another advantage is the fact that you can have two or more bins in the same place and you can even organize them according to colors or similar systems. The bins sit there safely and you don’t have to worry about them sitting in plain sight when guests come over. They are easy to manage and they maintain your kitchen clean and clutter-free. They don’t occupy valuable floor space and they’re cleverly hidden. But let’s also take a look at some examples to better understand all these advantages.