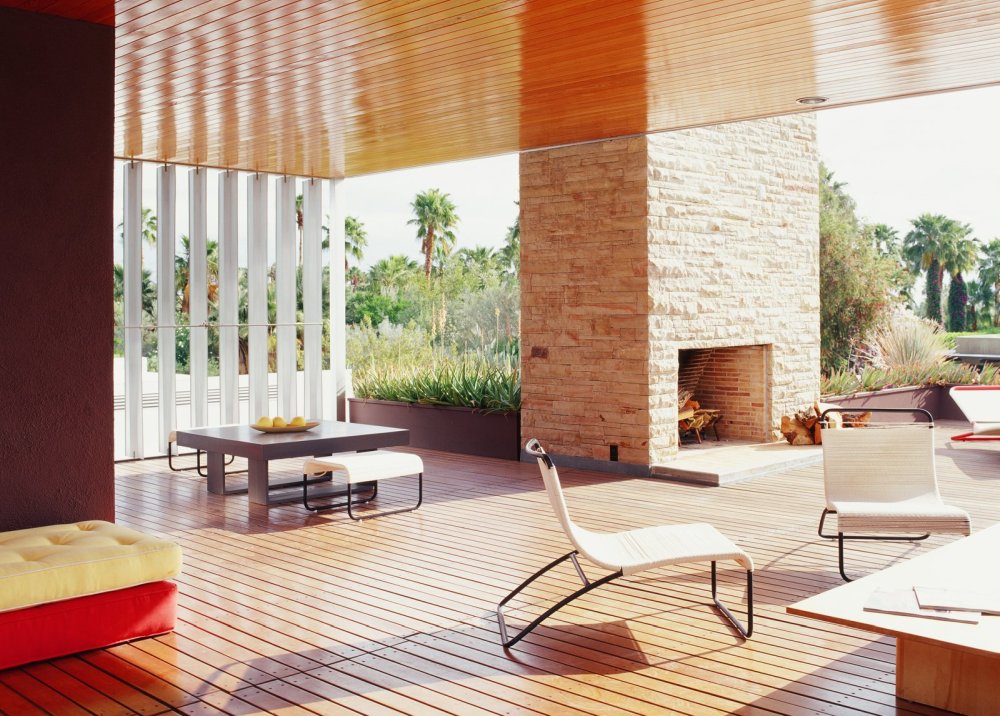 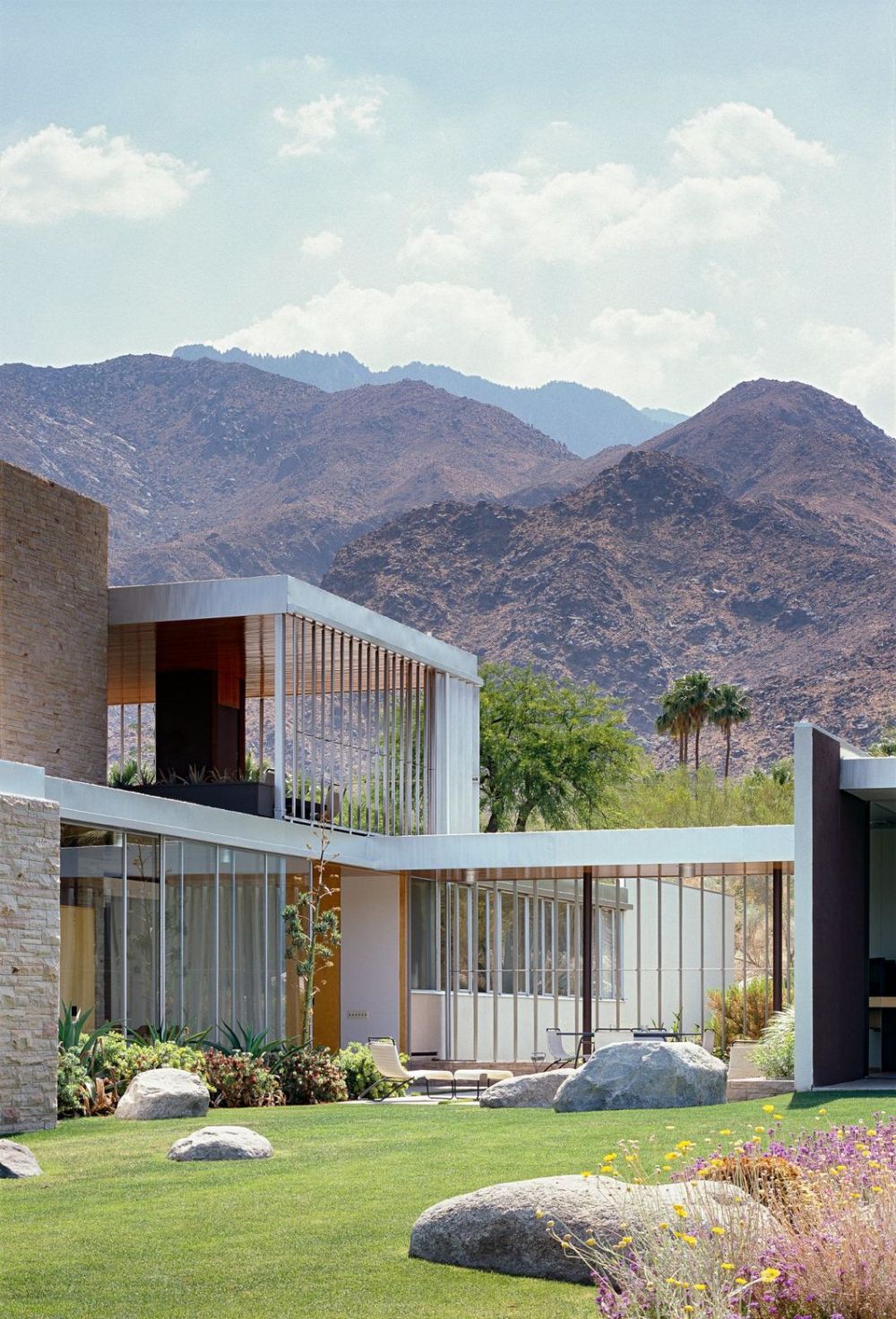 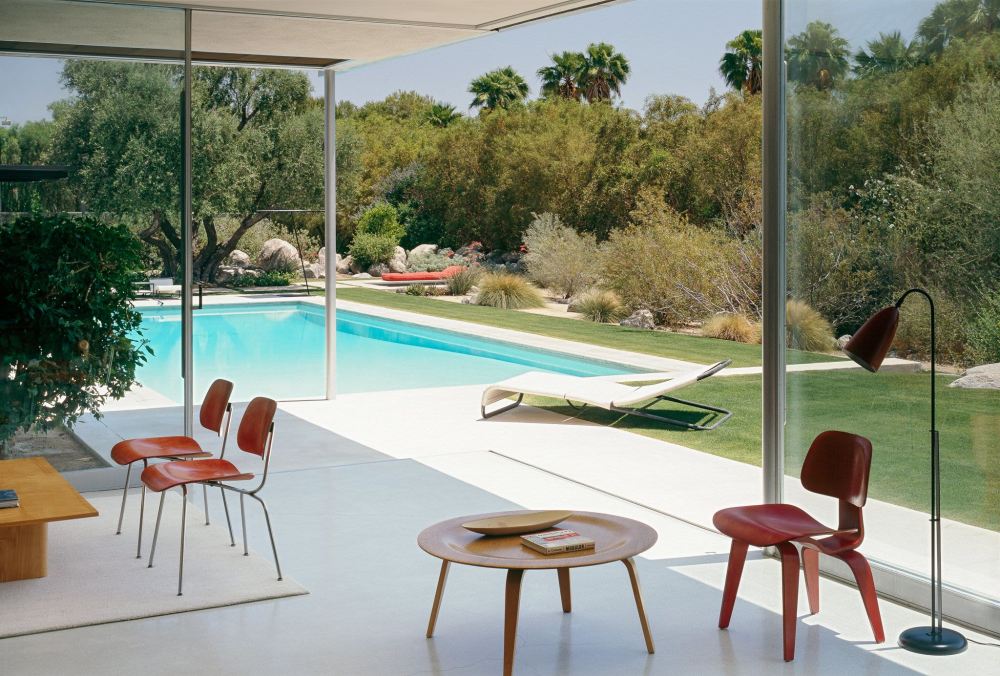 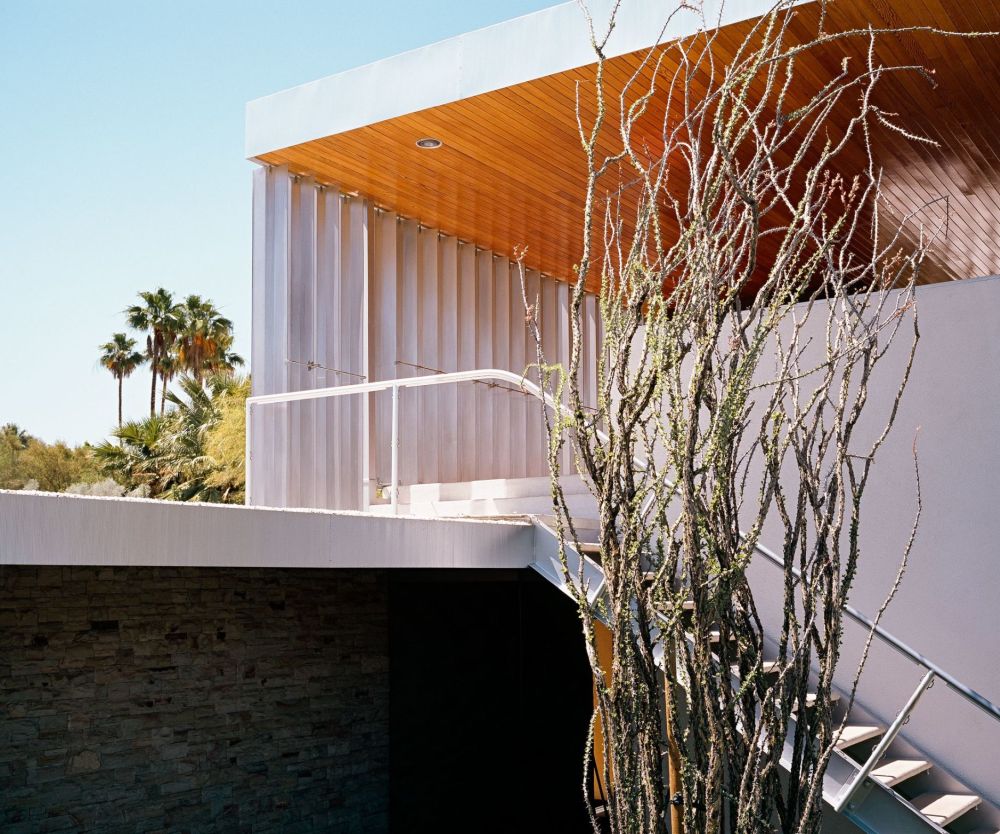 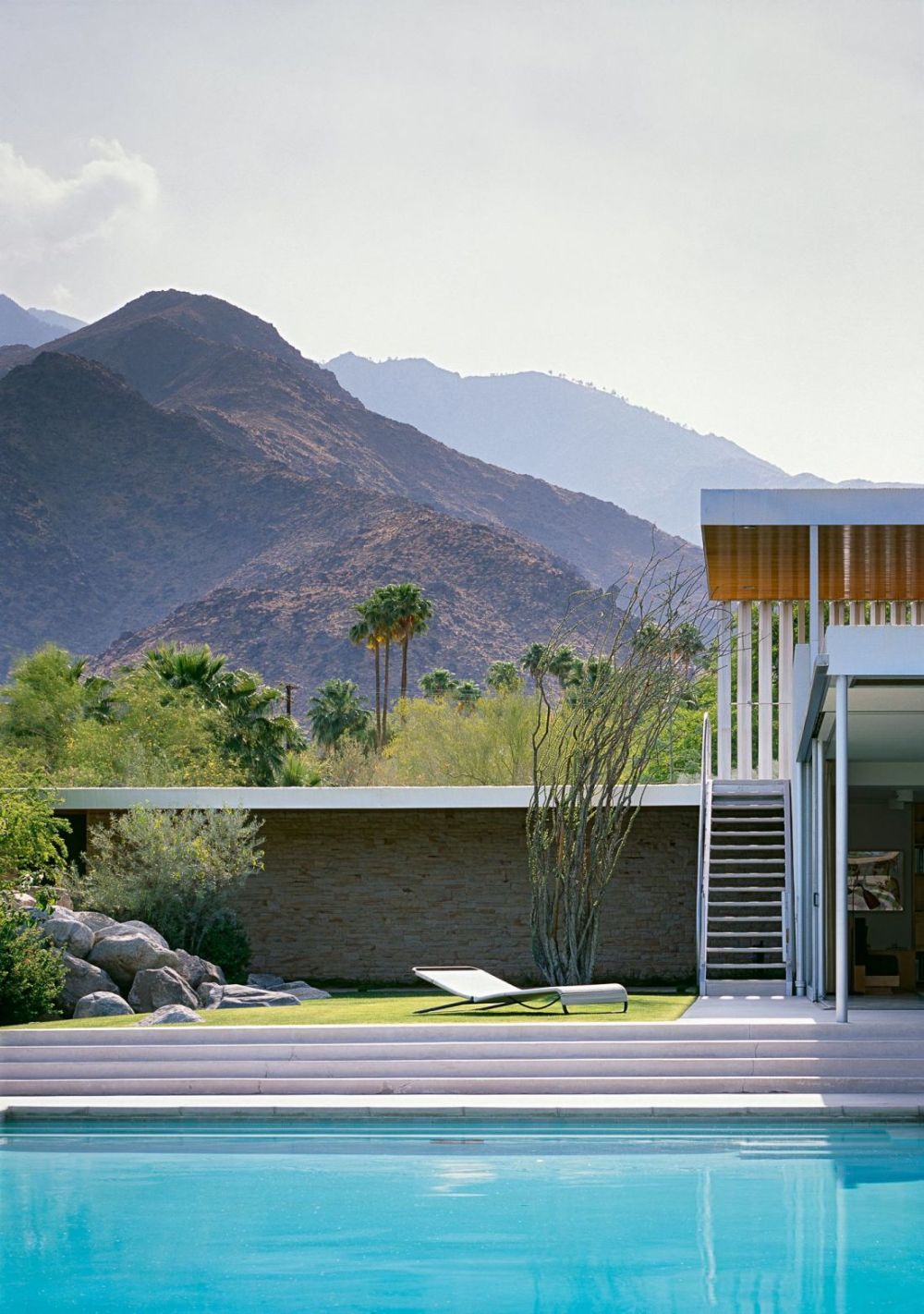 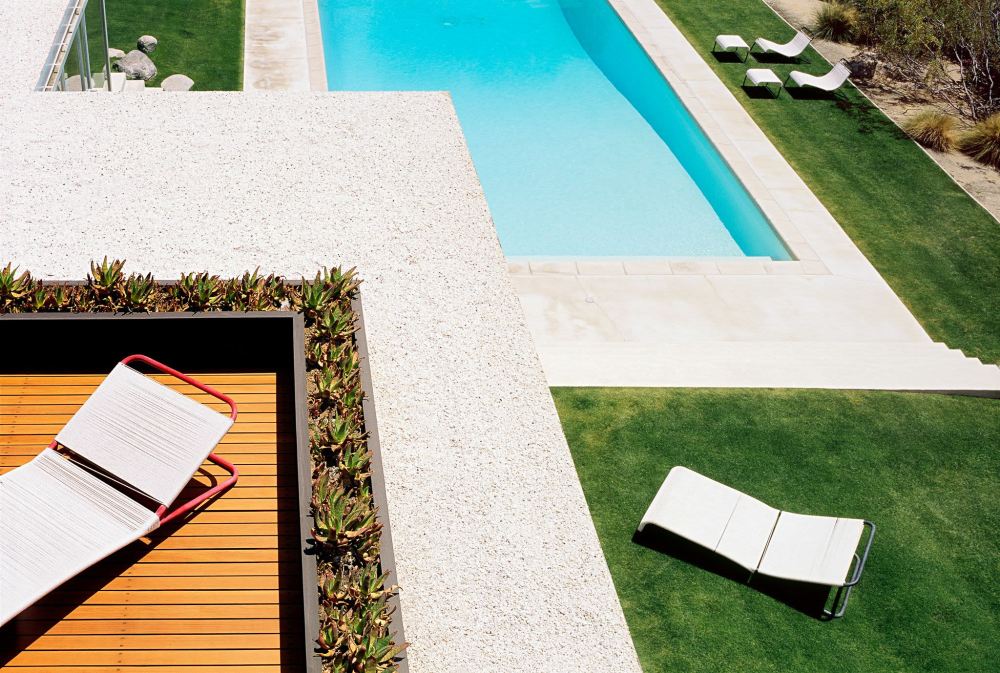 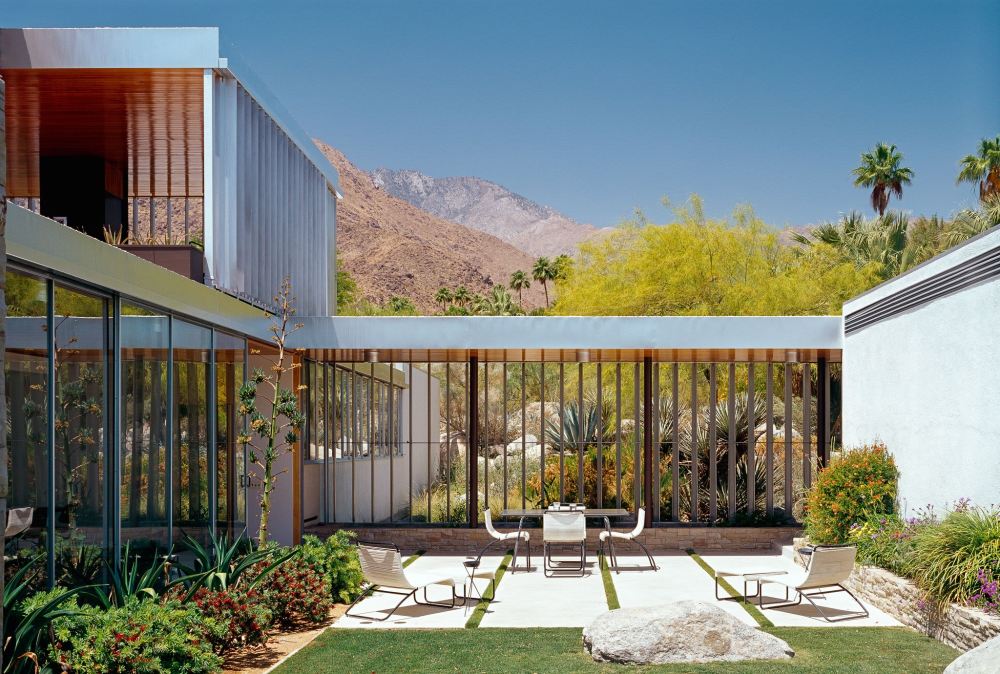 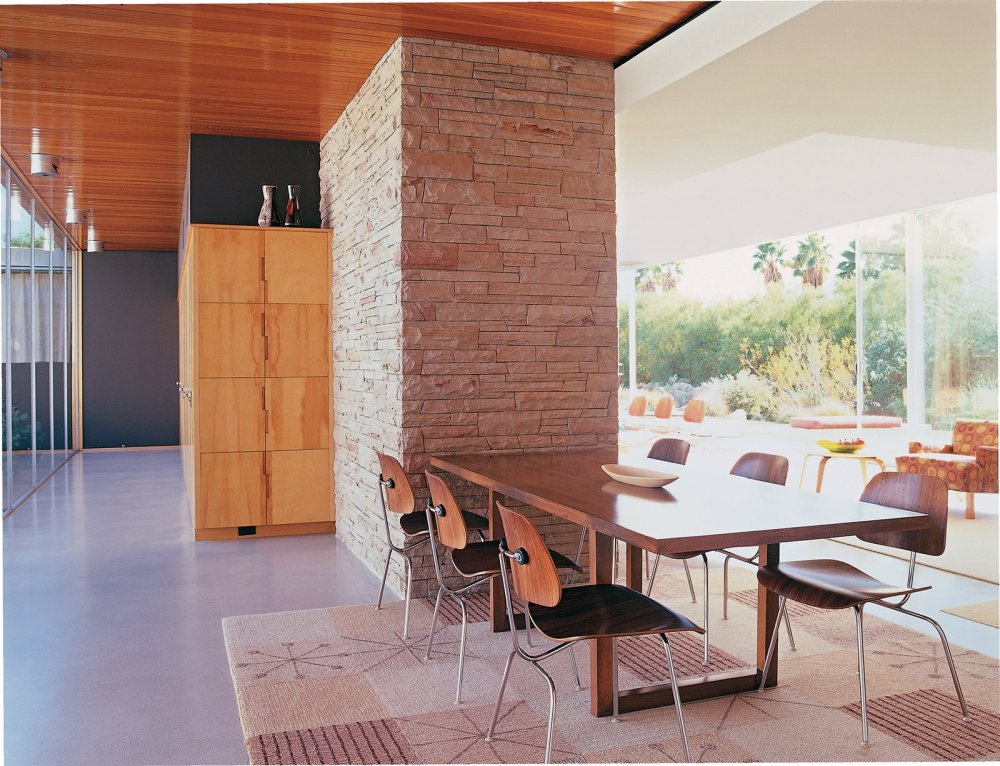 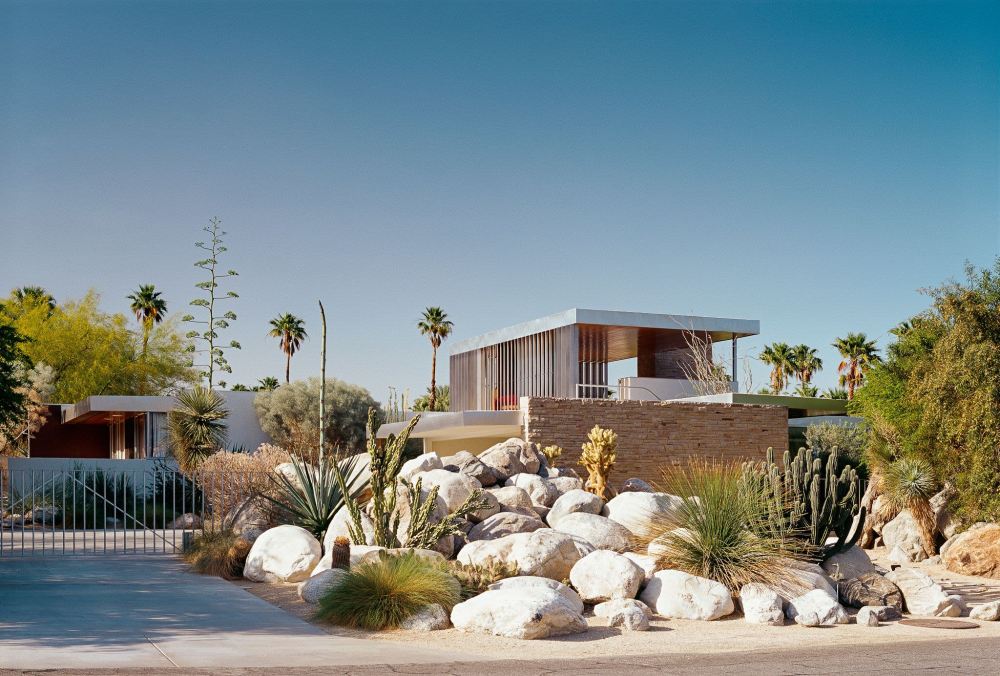 The Kaufmann Desert House might have an unassuming name but it has a very important pedigree. Considered one of the most important examples of 20th-century architecture, the Palm Springs, California home is classified along with iconic structures such Fallingwater, Robie House, Gropius House and Gamble House.

Department store owner Edgar Kaufmann – who had previously commissioned Frank Lloyd Wright to design what is now known as Falling Water – decided to hire Richard Neutra in 1946 to create a vacation home in Palm Springs. Although Kaufmann was still a fan of Wright, he was looking for a space with a lighter vibe, and Neutra certainly delivered.

Austrian-born Neutra was working at the forefront of modern residential architecture, using lots of glass, steel, and stone in his designs. In fact, the Kaufman, home ended up being Neutra’s most well-known design out of the 300 homes he did. The bold juxtaposition of the modern structure against the desert landscape is a big part of what distinguishes it. When he set out to design the house, the property was quite literally in the middle of nowhere with very few houses nearby. Today, suburbia has grown up around the Kaufman house so tall plantings shield it from neighbors on all sides.

As you approach the home, boulders flank the entrance to Kaufmann House, which has been described as having the look of an open-air desert pavilion. Instead of today’s style of grand entrances, Neutra used the then-popular device of creating a progression to the doorway, which is understated. The low-profile home has 3,162 square feet of living space and is arranged in a cross configuration. At its center, the open-plan living and dining room is designed to take in both sunsets and sunrises with its east-west orientation.

The four wings of the structure are accessed through covered breezeways and these contain the kitchen, master bedroom and four other bedrooms. Neutra was known for his designs that blurred the lines between indoors and outdoors and many features of the Kaufmann House reflect this sensibility. Desert gardens and, lawns, a pool and terraces are blended with the indoors using sliding glass walls. Other techniques include his use of buff-colored Utah sandstone that covers the walls that run their length, from outside to inside, for a feeling of continuity.

Atop the house, which is composed of floating planes, Neutra was able to get around the local ban on two-story homes by designing a “gloriette” with a cover and devices to provide shade on two sides.

If you think you might recognize the swimming pool, you very well might be right because it is one of the most iconic features of the home and was captured in many a photograph. More than just a fun outdoor addition, the pool is actually part and parcel of the compositional balance for the entire design: The wings of the house are not proportional the placement of the pool adds the necessary balance for harmony in the design.

A number of owners have lived in the house Kaufmann died in 1955, including celebrities such as Barry Manilow. Over time, the house fell victim to poorly conceived renovations and then disrepair and a lack of concern about the modern dwelling. In 1992, a couple with a keen appreciation 20th Century modern homes purchased the house and through five years of extensive research, meticulously returned Kaufmann House back to the glory of its heyday. Throughout the process, they relied on the photos of world-renowned photographer Julius Shulman, who documented the home and shared his work with the restoration team. They also found letters from Neutra to the Kaufmann detailing specifications, materials and sketches, which was a boon to the restoration. Along the way, the team was able to discretely add some modernization, such as air conditioning.

In October 2008 the house was listed for sale for $12.95 million after a previous auction sale fell through, but it did not sell. It was listed again in October 2020 for $25 million. Kaufman House is described as “an architectural marvel that helped define the modernist aesthetic of the resort city of Palm Springs” and has Class 1 Historic Site designation from the Palm Springs City Council.