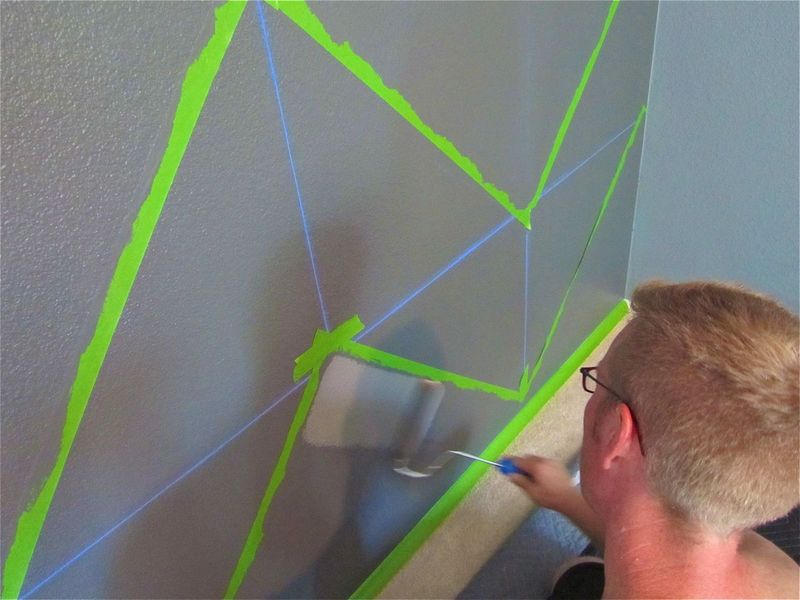 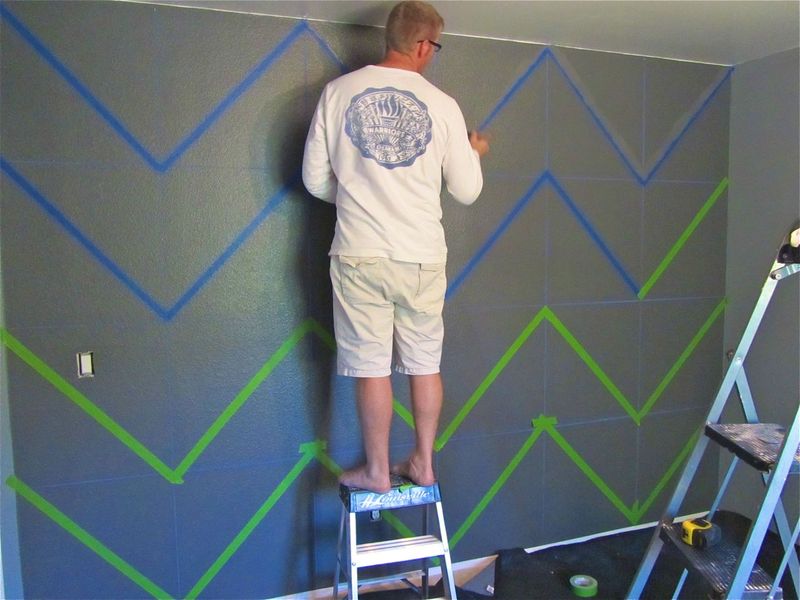 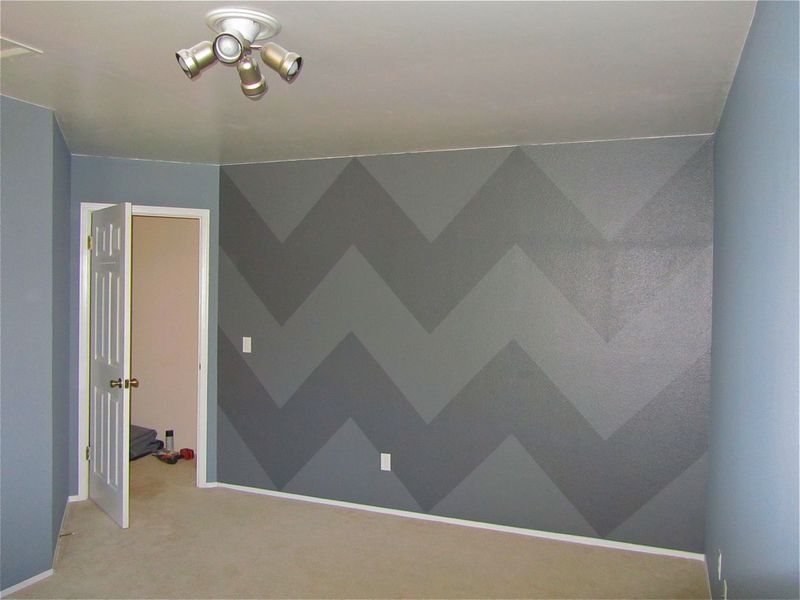 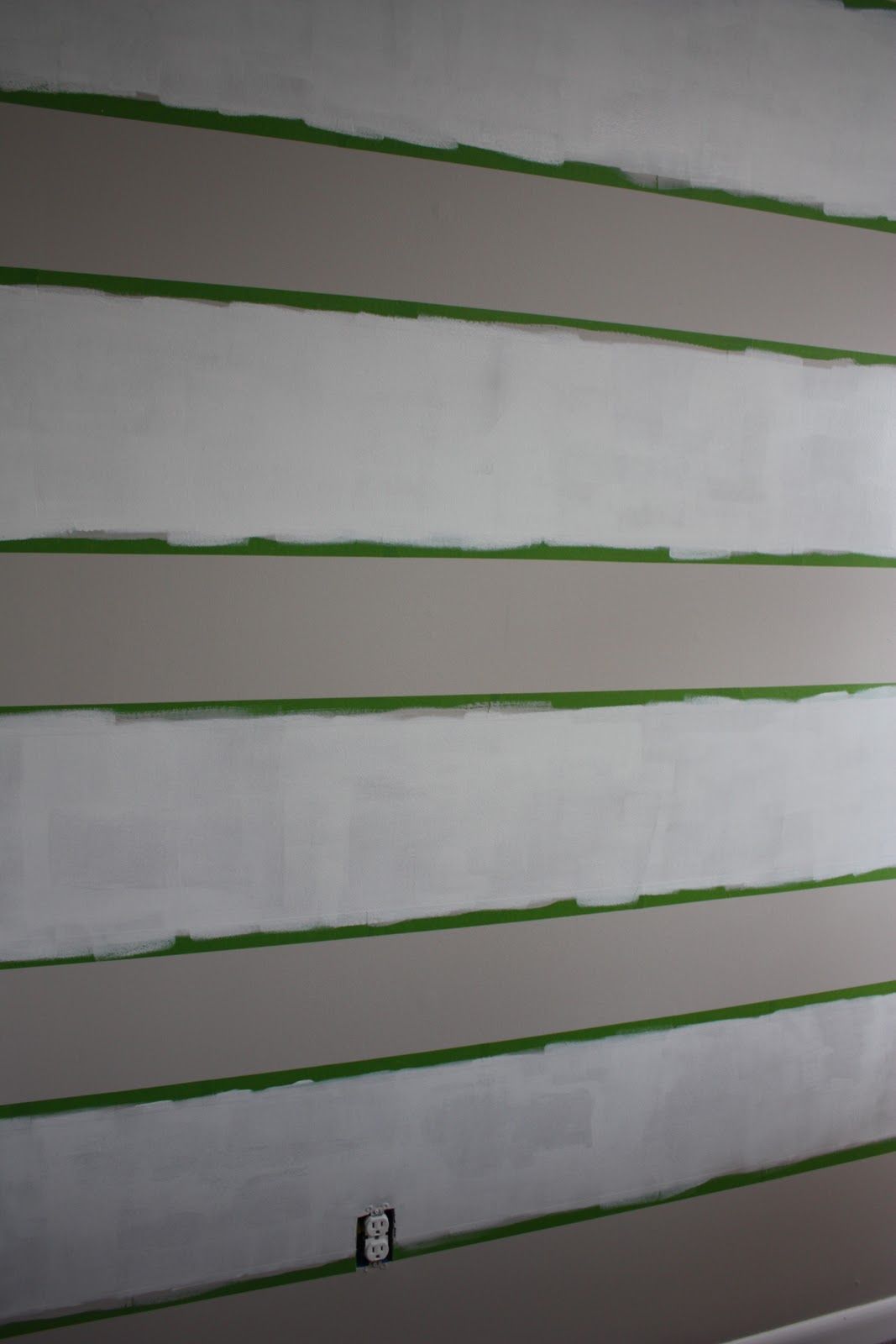 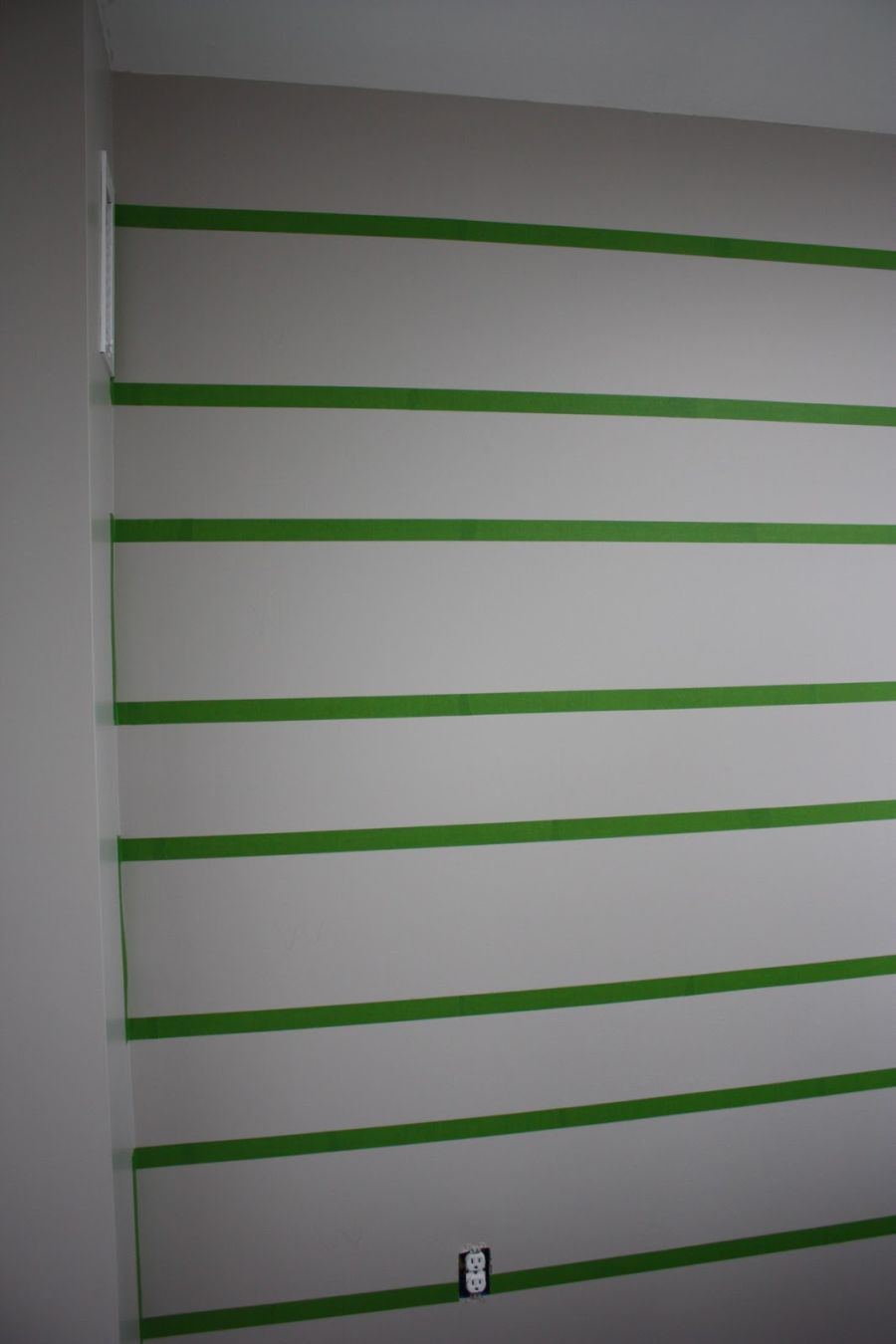 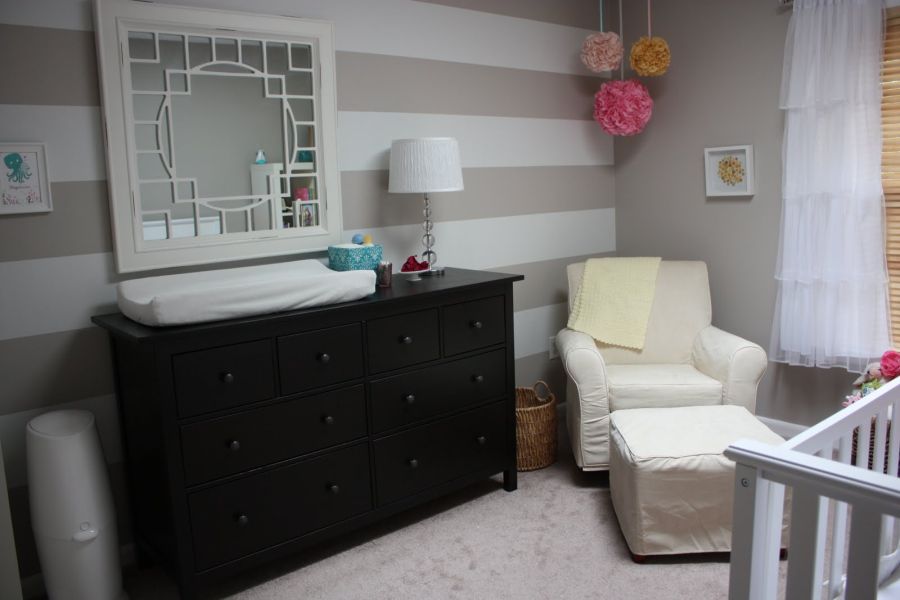 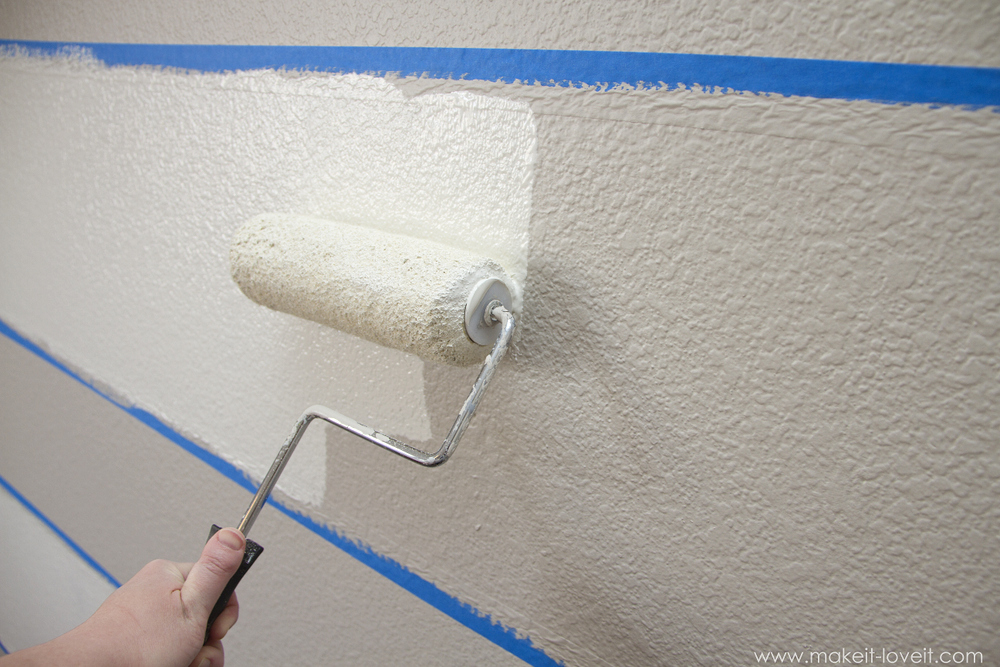 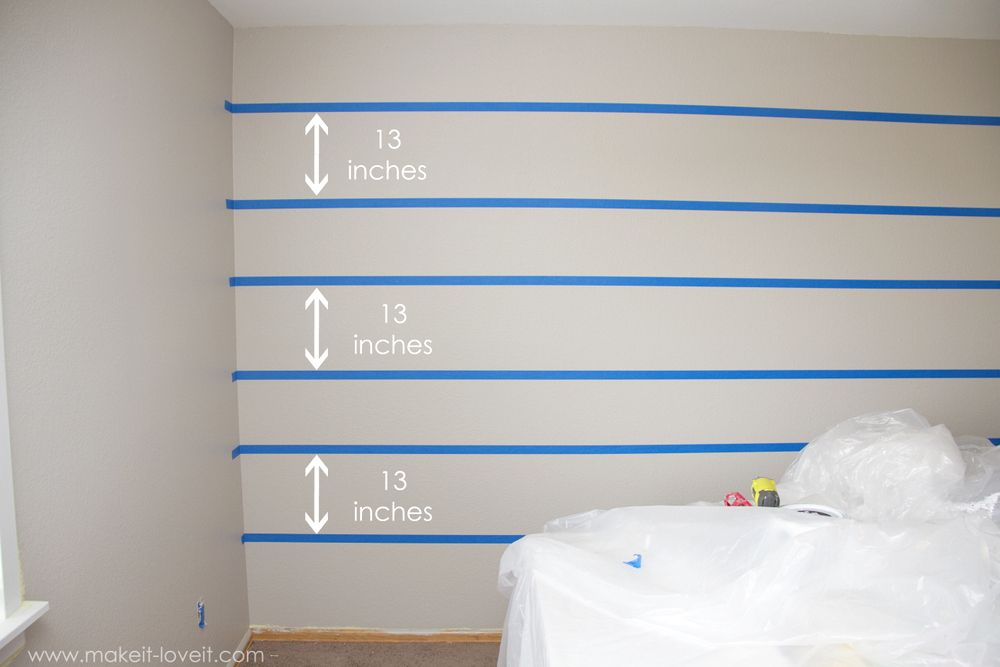 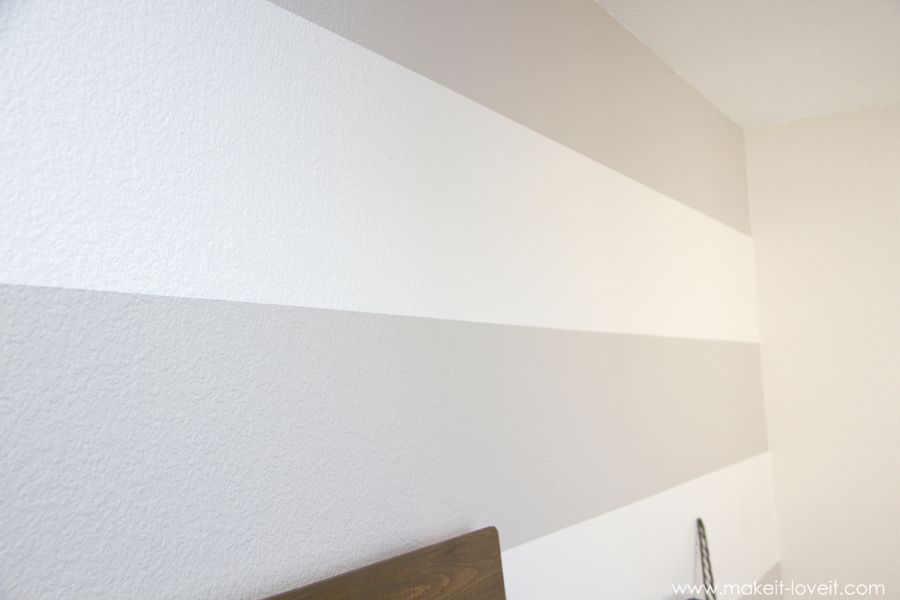 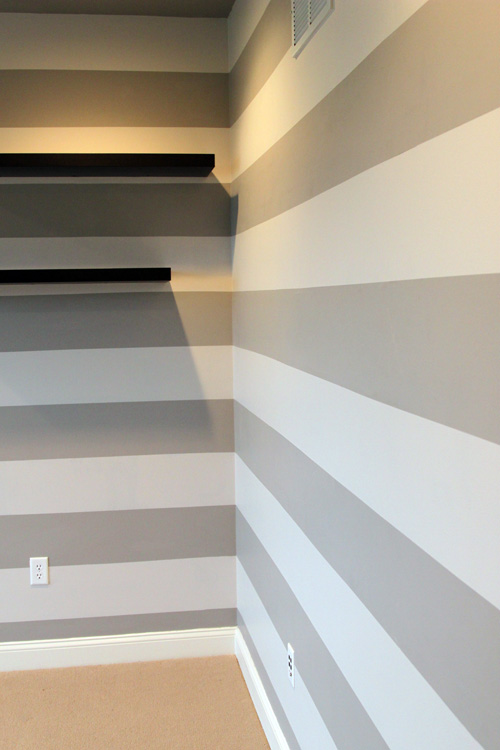 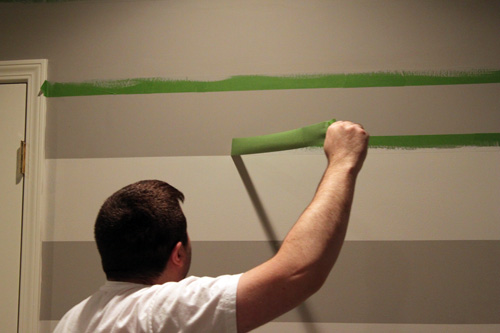 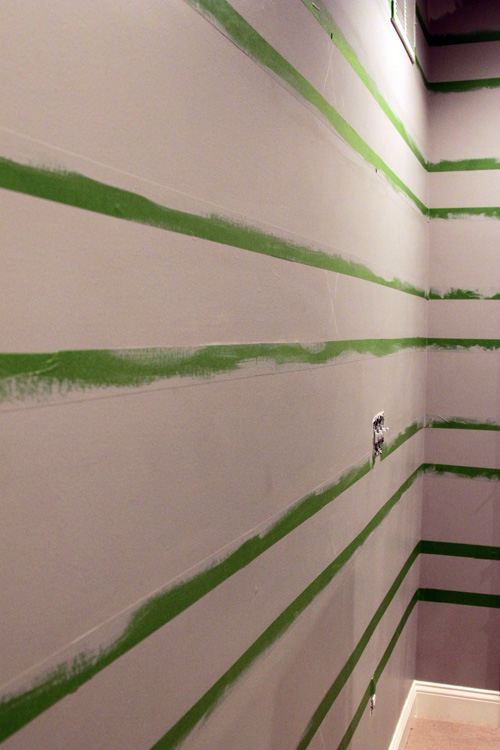 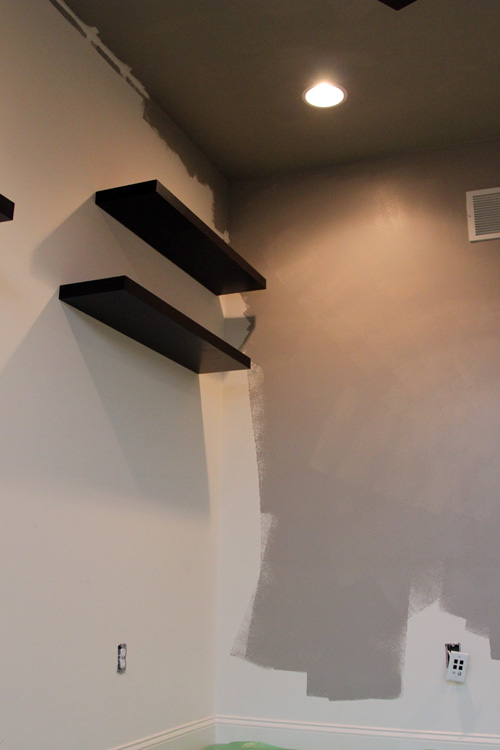 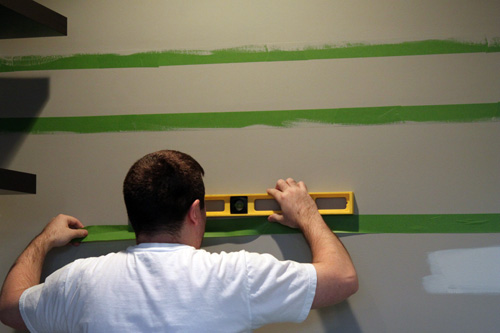 Painting stripes is quite easy and chances are you might have been able to figure out how to do it without reading these tips and instructions. However, you’d probably figure out all those things after one or two tries when it’s a bit too late. So why not look for some tips before you start the project?

Another good tip is to make sure that all the tape is firmly attached to the wall. You can use a card or something similar for this. Just run it along the edges of the tape, pressing firmly.

Mark the stripes you’re going to paint so no mistakes happen along the way. It’s easy to forget which one is which and you might end up ruining the whole wall and having to start all over again or having to make compromises.

When you’re removing the tape, pull it towards the wet paint. Pull the tape as soon as you finish painting to you get crisp and clean lines. Any drips of wet paint will go back into the stripe this way.

As far as color goes, keep in mind that your paint will look darker next to a lighter color. It’s usually best to go lighter instead of risking getting a color that you don’t really like and have to look at for a long time. {pics from thelilhousethatcould}.

Don’t these stripes look really crisp and beautiful? That’s amazing considering the walls are textured. To get stripes like that, you need to follow a few steps. First of all, decide on a color for the stripes. If you want to use a color that’s the same one as the rest of the room, you just paint the whole room first and then you can add the stripes on top.

Then decide on the painting technique you want to use. Paint the stripes, remove the tape, step back and enjoy.{found on makeit}.

Stripes can look beautiful in any room of the house. However, you have to pay attention to a few details before starting the project. Before you even start measuring the wall and picking a color, you need to figure out which wall would look best with stripes on it.

It can be a wall that’s covered with furniture, artwork and anything else so you can display your beautiful stripes without any obstructions. Another option is to pick one of the bigger walls in the room, regardless of how much of it is actually going to be visible.

Anyway, once you make that decision, decide how many stripes you want and how wide you want them to be. Make some marks on the wall and connect the dots with tape. You should also put a stripe of tape at the corners of the wall to get straight stripes.{found on jessicademaio}.

Plain straight stripes are timeless and beautiful but perhaps you want something different. Chevron stripes are another option and they’re also quite easy to get. First sketch out some options until you get a design that you like.

Then measure the wall and break it into columns and rows. Make marks so you know where to lay out the stripes and then start applying tape. Lay out the chevrons in each grid and run your finger all along the tape to get a smooth and crisp line.

Paint one color and then the second one. Remove the tape and use a thin brush to cover any uneven lines and to repair some minor damage which may have occurred during the process.{found on casacullen}.