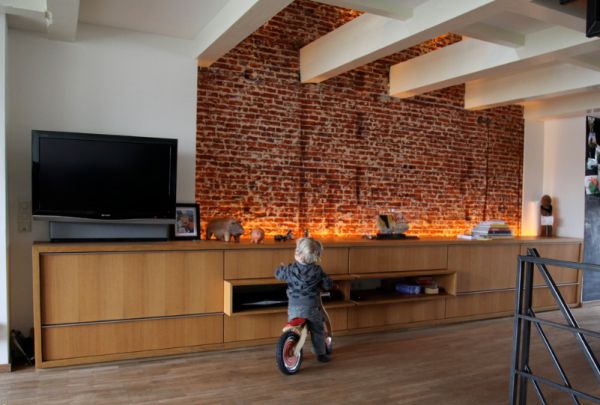 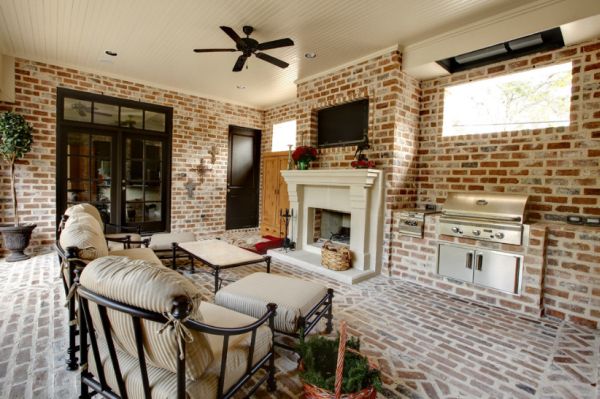 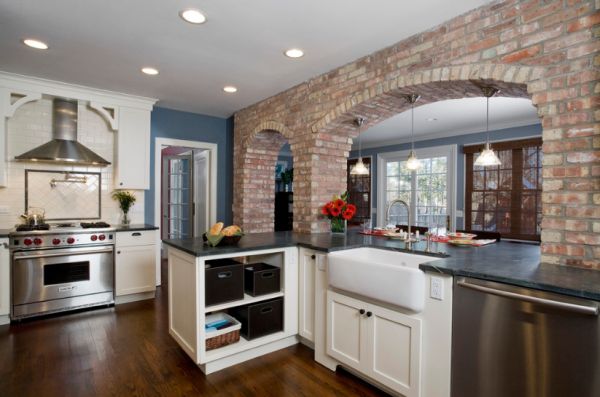 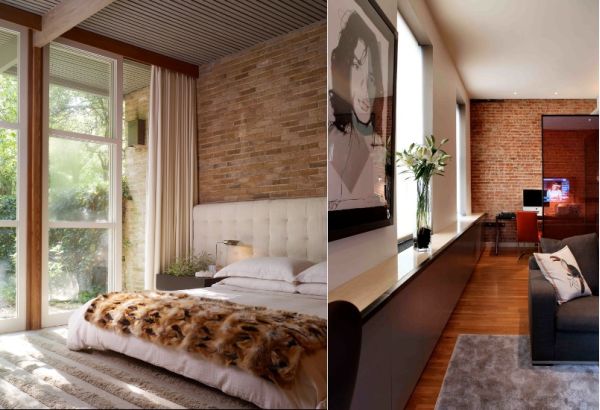 Brick walls can be a very beautiful accent feature and they have the advantage of being easy to integrate in almost any type of décor, regardless of the style. Brick walls tend to have an industrial or rustic feel but, when combined with other influences, they can adapt and become a part of the whole décor. There are many ways in which you can integrate them in your interior décor.

For example, it can be very interesting to have a brick wall used as a room divider. It’s a nice feature that becomes a part of two rooms and it can be combined in two different ways. Use it to separate the kitchen from the dining room or the hallway from the living room. It’s a feature that looks best in common or social areas and not in private spaces such as the bedroom or bathroom. There the atmosphere is completely different and other features are more suitable.

You can also create a beautiful arch between rooms. The hallway could definitely benefit from exposed brick walls as they are a transition space and don’t necessarily have to match the rest of the house. The kitchen is also a great place for brick walls. They help create a warm and casual atmosphere but without being too cozy because of their texture and composition.

One of the most common ways of using bricks and brick walls is by integrating them in the design of the fireplace. It’s a classical image and it gives you that cozyness that most people are trying to achieve. Brick walls are usually used as accent features and they usually complement smooth white walls.{picture found on:1,2,3, 4&5}.