By Stefan Gheorghe | Published on Jun 21, 2010
of 2
japanese-bedroom
japanese-dining-room
How to decorate a Japanese bedroom
Buy Now 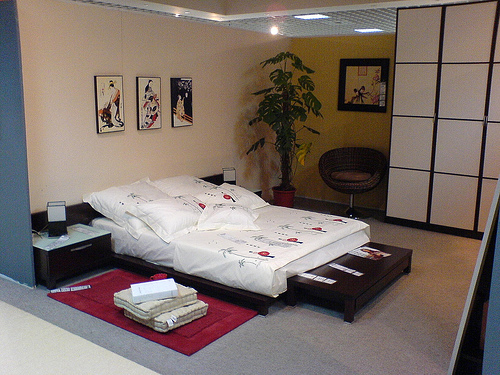 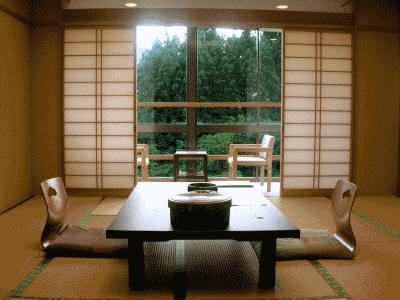 If you have ever seen “Memoirs Of A Gheisha”, then you must already know how a Japanese bedroom looks like. It’s a common trend nowadays, among teens and even matures, to decorate their bedrooms in a Japanese style. Though, as they haven’t studied enough, in a lot of cases people are making deliberately or not, a total mess out of their bedrooms.

In order to decorate a Japanese bedroom, some of the Japanese decorating principles must be respected.

First of all, the walls should be painted in a solid color. Therefore no posters or silly pictures are allowed. The family pictures make an exception, though, but there is also a rule for them: maximum 3 pictures in the whole bedroom.

If possible, try to add silk curtain to the bed. Most of the Japanese are in love with silk –without any fetishes involved- and therefore, if you want a Japanese bedroom, you should probably do the same.

Also, try to add contrast in the room without using bold colors. As well, the furniture that you will decorate the bedroom with should be low height as in the Japanese culture, it is believed that the bedroom is nothing more than a place to rest, and not to deposit any sort of things. Yet, small furniture won’t ruin the aspect of the house.

Last, but not least, most of the Japanese bedrooms have instead of paintings a frame with a black Japanese word, word that should mean something benefic for those who rest in that bedroom. The word should be painted manually with black on a white piece of silk or paper. The frame of this “picture” should be black and classic as, this frame is not meant to impress anyone. It is just supposed to be benefic for the inhabitant of that bedroom.

Other things may not be included in a Japanese bedroom. Otherwise, they might ruin the aspect of the whole bedroom, fact that is unwanted by no one.