Located in London, UK, this flat is part of a development that was built in 1875. It took a while to be built everything and, in the end, the results weren’t as great as expected. It’s why in 2013 the new owners of the apartment asked for a major renovation. They went to architects from VW+BS for help and they came up with a very interesting project.

First of all, the materials originally used here weren’t exactly suitable for a modern home nor were they of great quality and they had to be replaced. The same thing goes for the layout and interior design. The flat now belongs to an extended family that regularly visits London.

The architects were asked to create a space that would be flexible and that could be used by the different family members who come here from time to time.They tried to salvage as much as possible from the original design. They also made several changes and additions.

An additional mezzanine bedroom was included in the design and the room can also serve as a study. It’s situated over the open plan kitchen and it can be closed off with a translucent folding screen. The flat now has a simple and modern design. It features simple finishes such as oak floors and white painted plaster walls. It has a contemporary décor although the partly restored drawing room still has some Victorian charm in it. 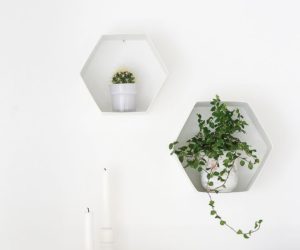 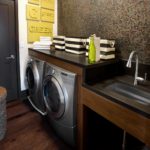